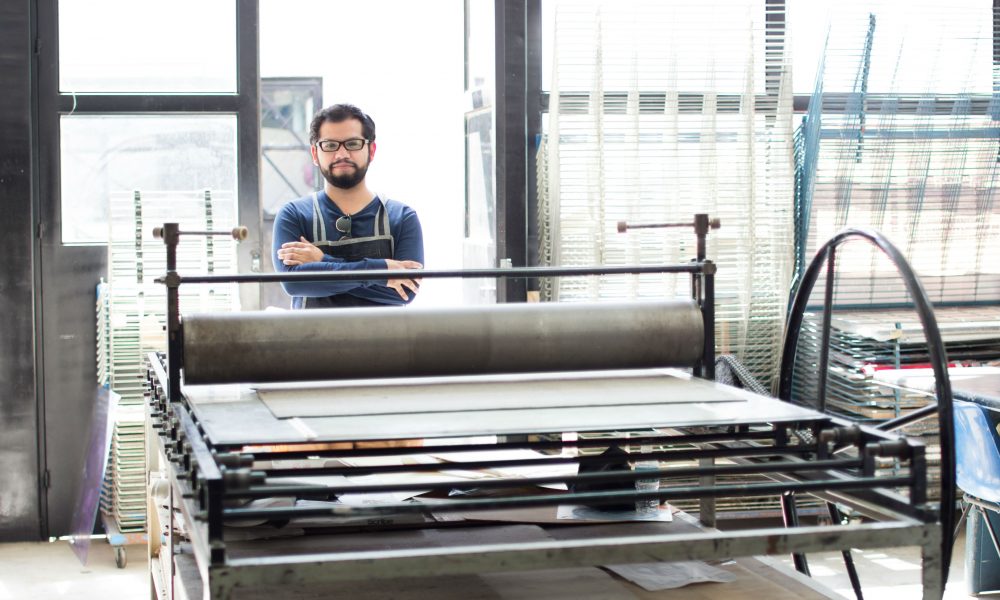 Today we’d like to introduce you to Alejandro Barreto.

Alejandro, please kick things off for us by telling us about yourself and your journey so far.
I was born in México, on March 10, 1980, I’m Printmaker & studied a degree in Fine Arts at the Faculty of Arts of the Autonomous University of the State of Mexico, then and master’s and doctorate PHD in Faculty of Arts and Design of the National Autonomous University of Mexico. I have been working in the fine arts since 1997. I was participated in more than 50 collective exhibitions, both in Mexico and abroad. I have 7 individual exhibitions at museums in Mexico City in places like: the Leica Gallery (Czech Republic), the Pororoca Gallery 31 in Brazil and the Museum of Traditional Graphics in Moscow, Russia.

My work has been selected in various graphic competitions national and international and has been published in 16 catalogs. It has also been included in graphic museums and art foundations such as the Ex Libris Biennial
Bodio Lomnago; the Bulgarian Graphic Association Lyuben Karavelov; the Triennial of Ex Libris in Cairo, Egypt; the Arti Grafiche Colombo International Contest; the Miniprint Biennial in Gliwice, Poland, among others.

My work is influenced by the study of mass-media culture and the popular humorous graphic of the whole world. In five years, I have specialized in the study of the old Russian prints ” lubok”, which has led to my most important series, Lubokus.ru.mx, a graphic and documentary project that records the production process.

In 2015, I presented this project to the jury of the Russian Academy of Traditional Art and received recognition as “Ambassador of Lubok in Mexico”. In 2016 this same institution gave me a distinction for artistic excellence as an academic member of the Association of Folk Art of Russia for the documentary on popular graphics Mexico Russia of the same name, made for the FAD / UNAM.

Can you give our readers some background on your art?
I’m interested in the popular stories from the culture of Mexico and other places, I consider important that, art shouldn’t only be an indefinable entity, that art can be in the popular manifestations of a society, however urban or rural is.

For me it has been a great source of inspiration to study the popular prints of several countries, including Mexico, and I was very interested in the traditional Russian engraving lubok, which is the printed folk art of the XVII-XIX centuries, which spoke about the daily life of the Russian people, popular stories, political criticism and Slavic folklore in general. When I discovered that, I wanted to make a project that was about Mexican lubok, and now, for five years, I made my graphic series “Lubokus.Ru.Mx” with my own popular prints about pop culture.

In your view, what is the biggest issue artists have to deal with?
To survive the modern world wanting to be artists, sometimes there are complicated times for artists, and to get ahead, a lot of willpower is necessary and I also think that it is necessary a lot of study to be always updated in everything.

What’s the best way for someone to check out your work and provide support?
My work is updated every day on Instagram @artelubok Also have this Fan page on Facebook / alejandrobarretoartist. People can help buying prints! 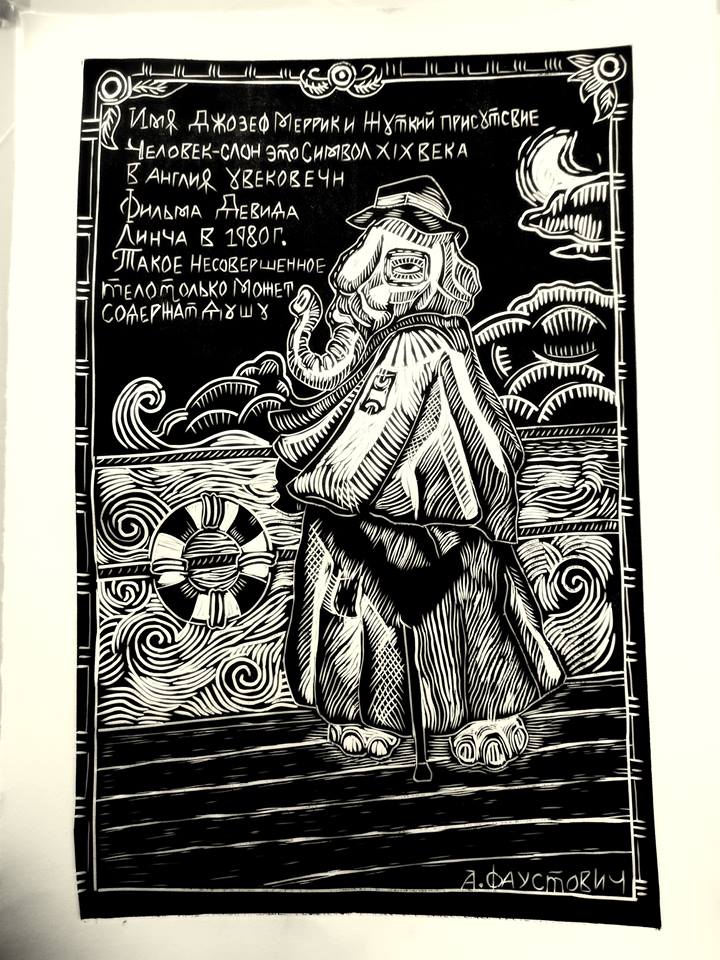 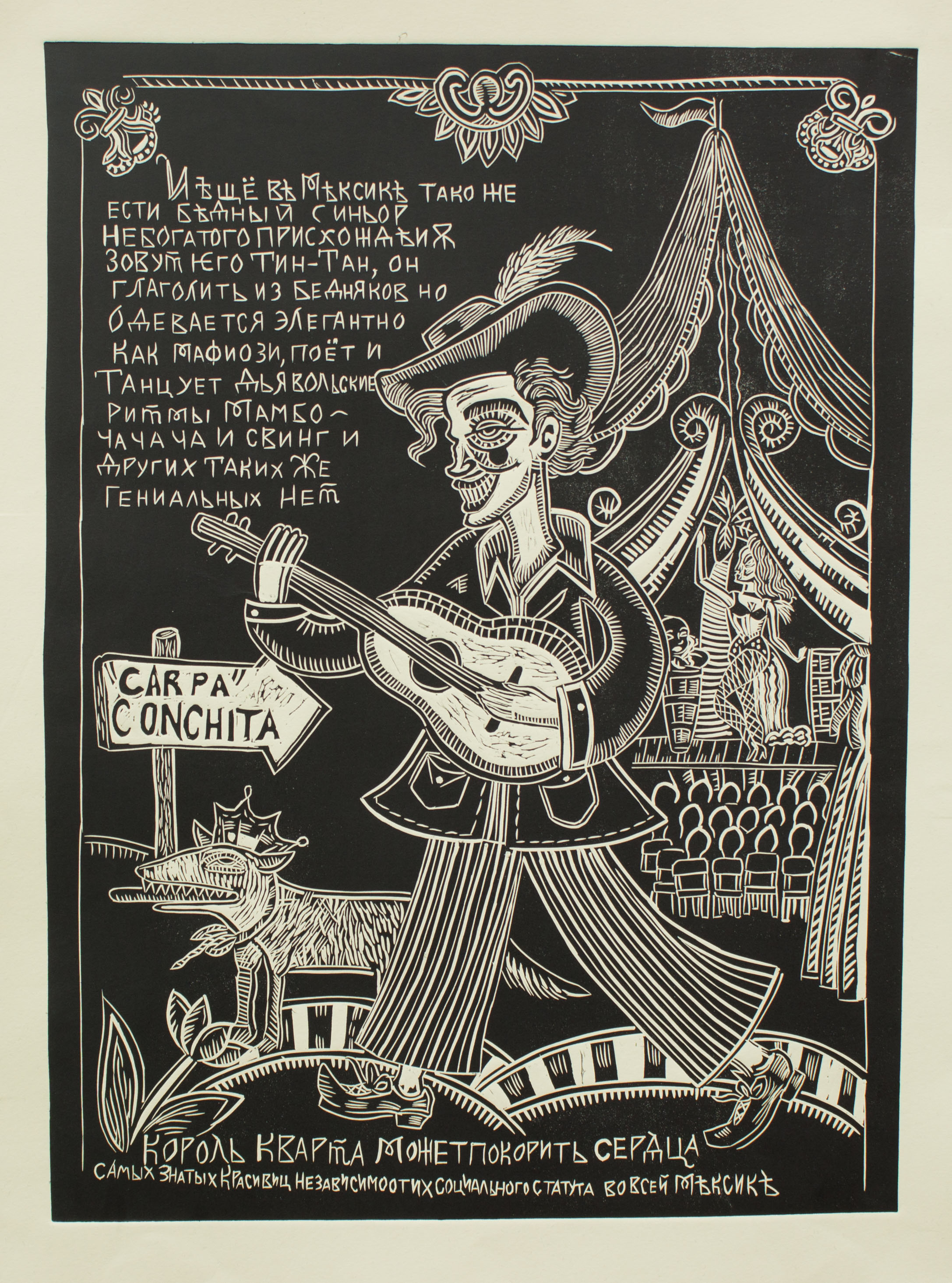 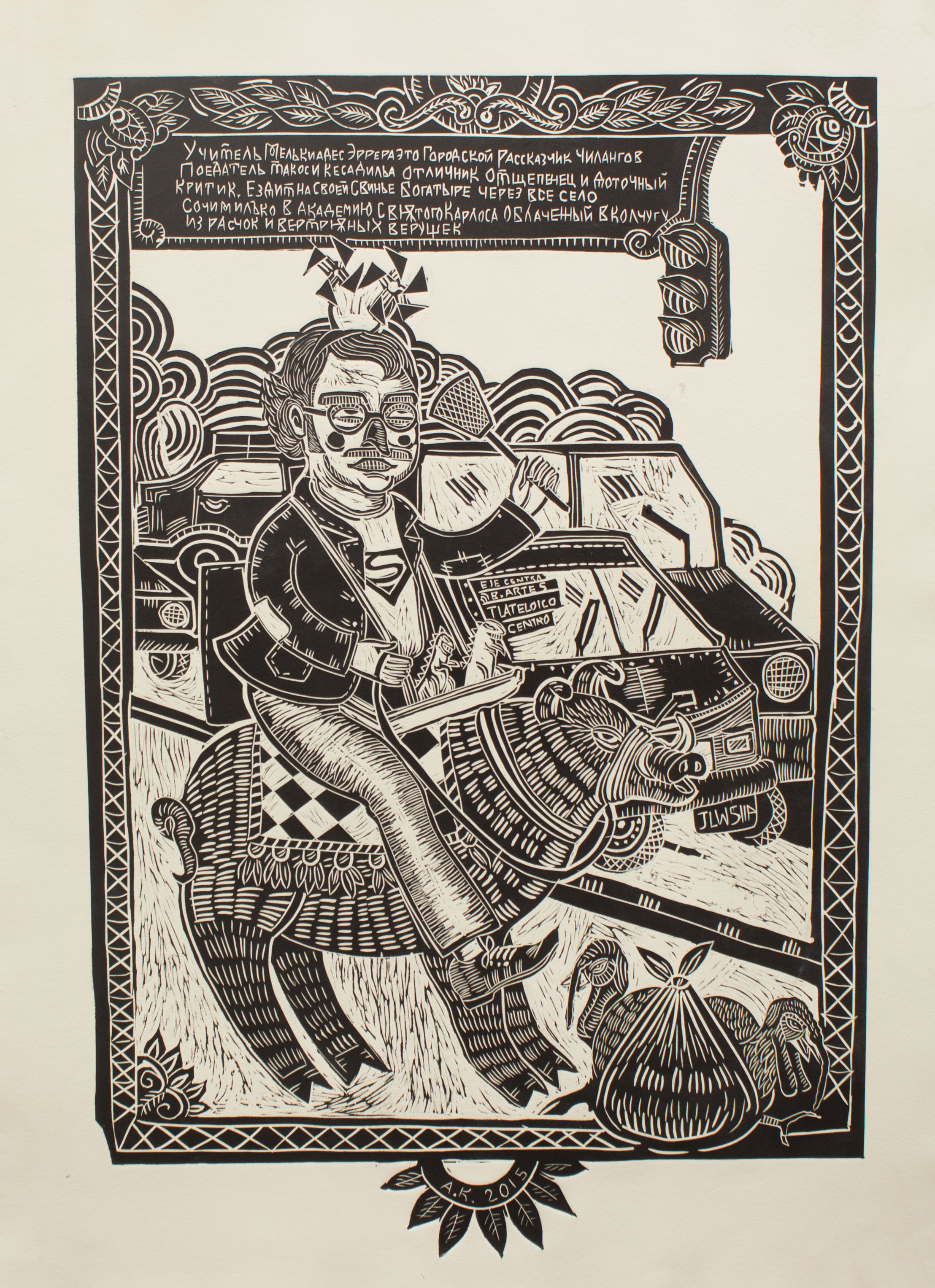 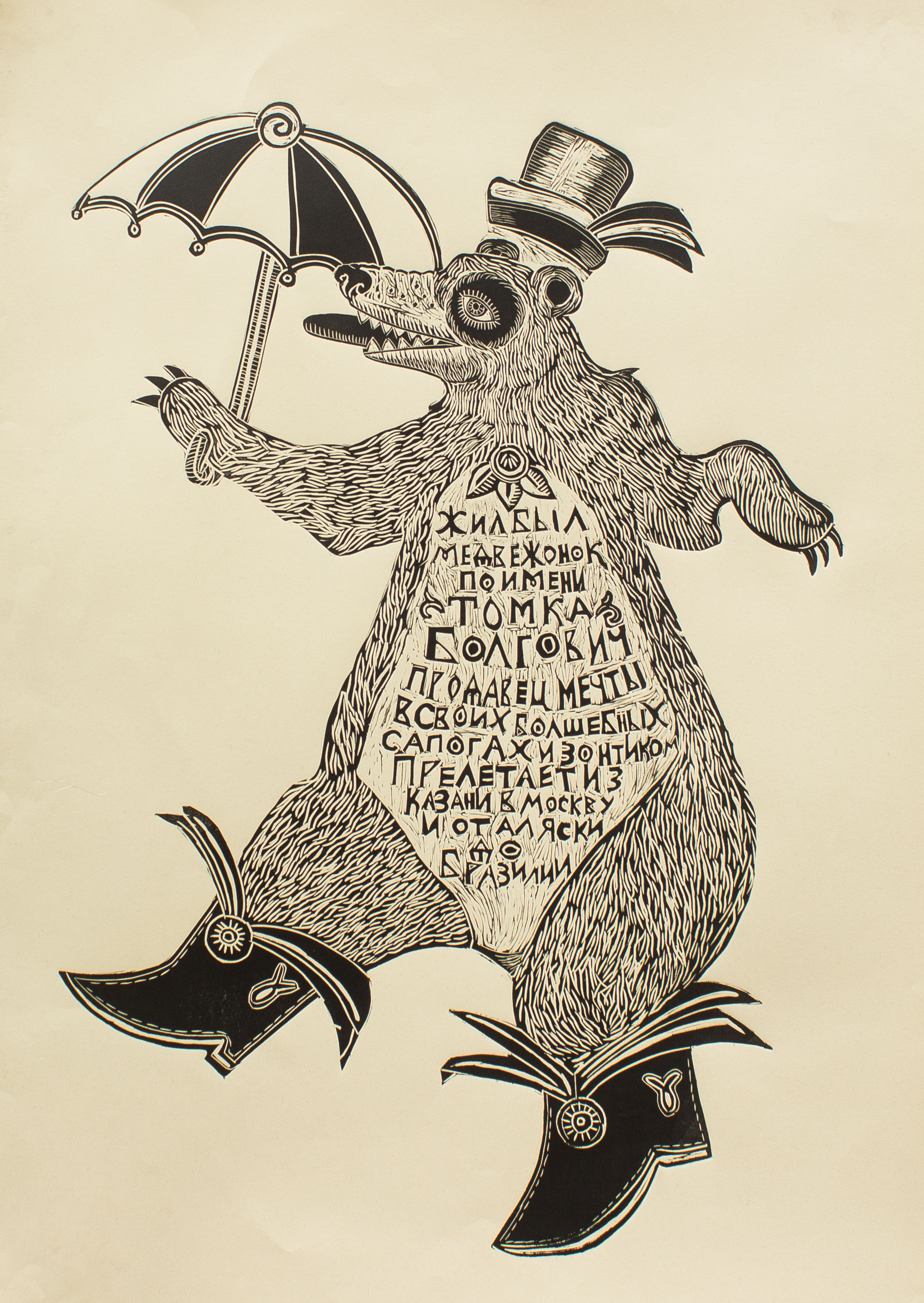 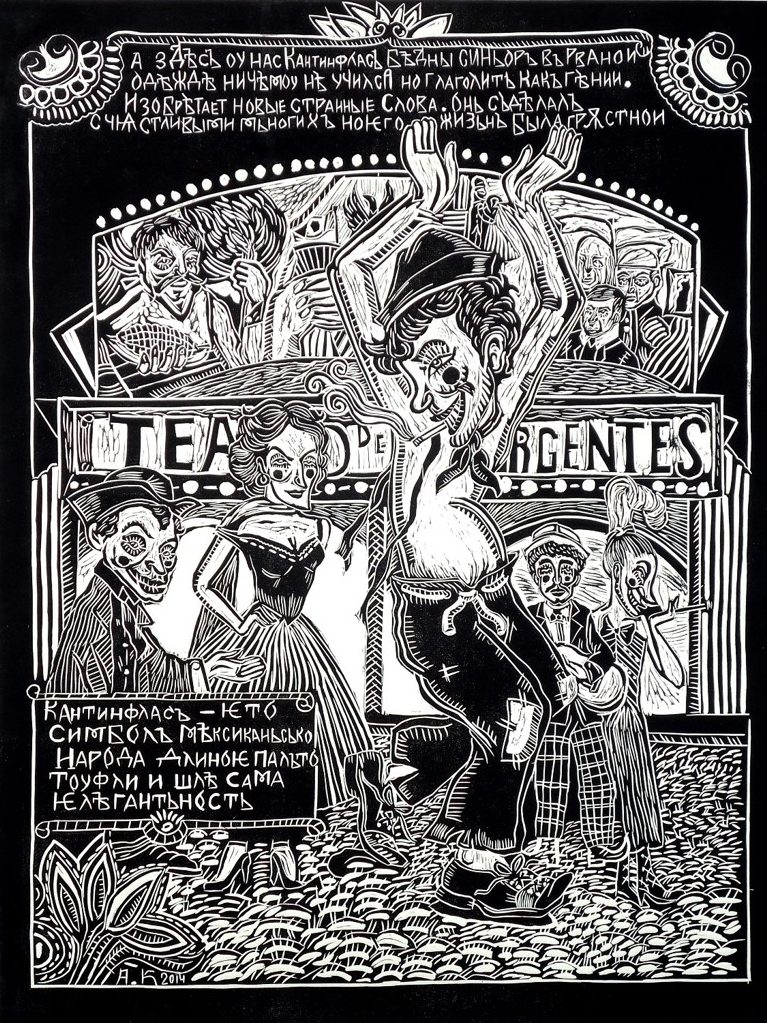