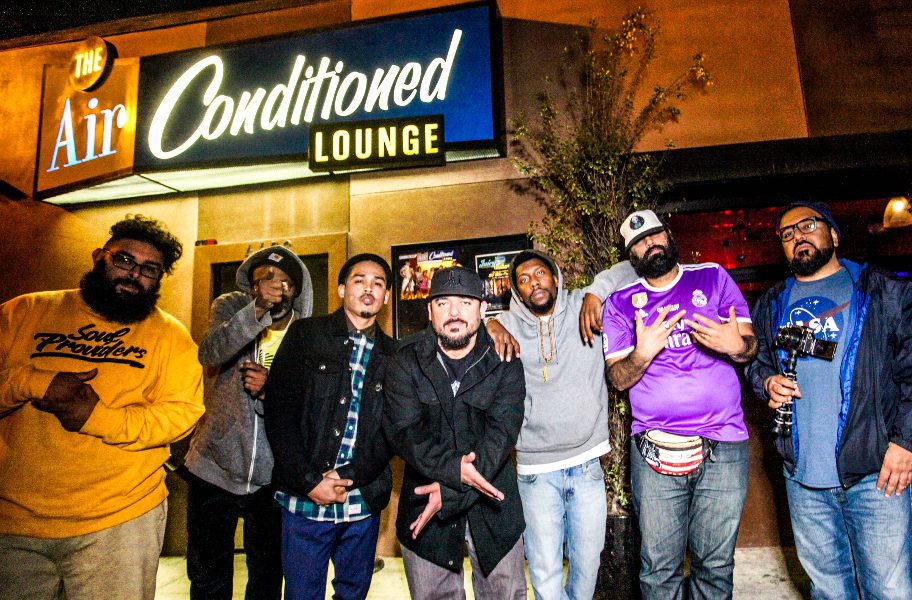 Today we’d like to introduce you to Kahlee Fresh State.

Kahlee, we’d love to hear your story and how you got to where you are today both personally and as an artist.
I grew up in Gardena, CA. just minutes from the Roadium Open-Air Market. The Roadium is looked at as a West Coast Mecca for Hip-Hop being as many early Rap pioneers sold their underground tapes there. My brother and 2 sisters were eight to ten years older than me so I discovered Hip-Hop through their eyes and ears.

I’ve always considered The Beastie Boys’ “Fight for Your Right” to be the first rap song I ever heard or at least remember. When I was eight years old, I would secretly dub NWA’s “100 Miles and Runnin'” then listen on my walkman to and from elementary school.

I watched my dad throw all my brother’s cassettes and vinyl in the trash when the media basically told him to and watched MTV go from the place to watch and discover new music to “reality” show nightmare on repeat. My first CD was “Basketball’s Best Kept Secret” which set me on a path of mail in music, where you could buy up to 20 albums for one penny. I’ve bought well over a hundred cassettes and CDs for less than $20 combined, and if I wasn’t nine at the time, using fake names and vacant apartment addresses for delivery, I’d probably owe them hundreds of dollars too.

Through that and my older siblings’ musical taste I discovered 90s R&B and New Jack Swing (which was amazing by the way) and mass amounts of Hip-Hop from BDP, NWA and the 2LiveCrew to Outkast, Snoop, Cypress Hill, Bone Thugs and more. As I grew, I of course discovered underground Hip-Hop through radio shows like, The Wake Up Show with Sway, Tech and Revolution, We Came from Beyond with Mike Nardone and Friday Night Flavors. Eventually through listening to artists like Eminem, Cali Agents, Lootpack & countless Project Blowdians I began to rap myself. Freestyling in school and at parties eventually became recording music and performing with my first group, the Literates. I soon left that group shortly after moving to Mira Mesa and began a career covering all aspects of music, from graphic design with my company, Graftwork to my event production company, Hip-Hop Weds and my weekly radio show, Bars Weekly.

We’d love to hear more about your art. What do you do you do and why and what do you hope others will take away from your work?
My art is definitely based in Hip-Hop no matter the direction I move towards. My music is raw and pure. Lyrical and clever while comedic and heartfelt. I do my best to say what I want in every song without compromising to please others. Though I’d love to motivate and inspire everyone who hears my music, I’d rather focus on striking a cord with likeminded individuals who identify with what I’ve been through and explain through my songs. My performance is upbeat and animated which I feel allows me to convey emotion to any crowd I perform in front of. I also love the marketing side of it. From the flyers and commercials to ads and artwork, it really helps drive the vibe of the art piece through ’til the end.

I’d also consider speaking my art. I host podcasts, events and a weekly radio show called, Bars Weekly. I just love to talk. I love to make people laugh and engage them in a quick verbal sparring session. My small talk is a deep dive into what too many consider taboo or just don’t put much thought into. There’s definitely a selfishness to it all though. I just want to laugh and have fun and hopefully I can take a few of you with me while doing so. In the end I’d say that no matter what I’m doing smiles and inspiration is what I want you to get from anything I do.

Have things improved for artists? What should cities do to empower artists?
Art and the business around it will always change and the only way to personally benefit from it is to stay ahead of the curve. In the 90s they were giving out million-dollar deals to Hip-Hop acts like bread and water and though that’s not the case now, we have direct access to hundreds of millions of people’s pockets through their smartphones. Every era has its pros and cons but only ONE of you. Tools are only as valuable as the artist or team using them. It would be beneficial to build a team to execute the side of things and time you lack.

Collaboration is also extremely valuable. Trading fans, friends, contacts, ideas, mistakes and ultimately energy with each other is necessary for growth and progress. However, the community who enjoys our art must also support it by purchasing art, going to events and simply spreading the word about what they enjoy. I’m convinced that it’s really as simple as talking with each other. The power of our words and energy is more than enough to grow our community of arts and those who enjoy it. That and a little money in our pockets to keep the lights on and belly full.

Do you have any events or exhibitions coming up? Where would one go to see more of your work? How can people support you and your artwork?
I can be reached through all social platforms @Kahlee310 and at BarsWeekly.com. I have a weekly radio show Fridays at 6pm (pst) called, Bars Weekly on Delicious Vinyl Radio on the free Dash Radio app. You can also listen to past shows at PlatformCollection.com and on Spotify, Apple Podcasts, Google Podcast, Mix cloud and other platforms. I try to play only new Hip-Hop from the past week so if anyone would like to submit new music, send it to BarsWeekly@gmail.com. Follow #BarsWeekly.

I also have a residency at the AC Lounge in North Park/Normal Heights called #HipHopWEDS every Wed night where four to five nights a month you can catch a different, quality Hip-Hop event there almost always free. Positive vibes, open mics, performances, producer exhibitions and more. Follow @HipHopWEDS on IG and visit HipHopWEDS.com for more info on that. I have a graphic print and design company called Graftwork and can be commissioned at GraftworkPrint@gmail.com . Follow @GraftworkPrint for some past designs. And of course, I make music as a member of the San Diego based crew, The Fresh State. I host and perform throughout San Diego and beyond. As far as support, I’d appreciate anyone who likes anything I do to simply spread the word about it. Of course, if you’d like to book me for a performance, feature, or hosting gig you can contact me at BarsWeekly@gmail.com. 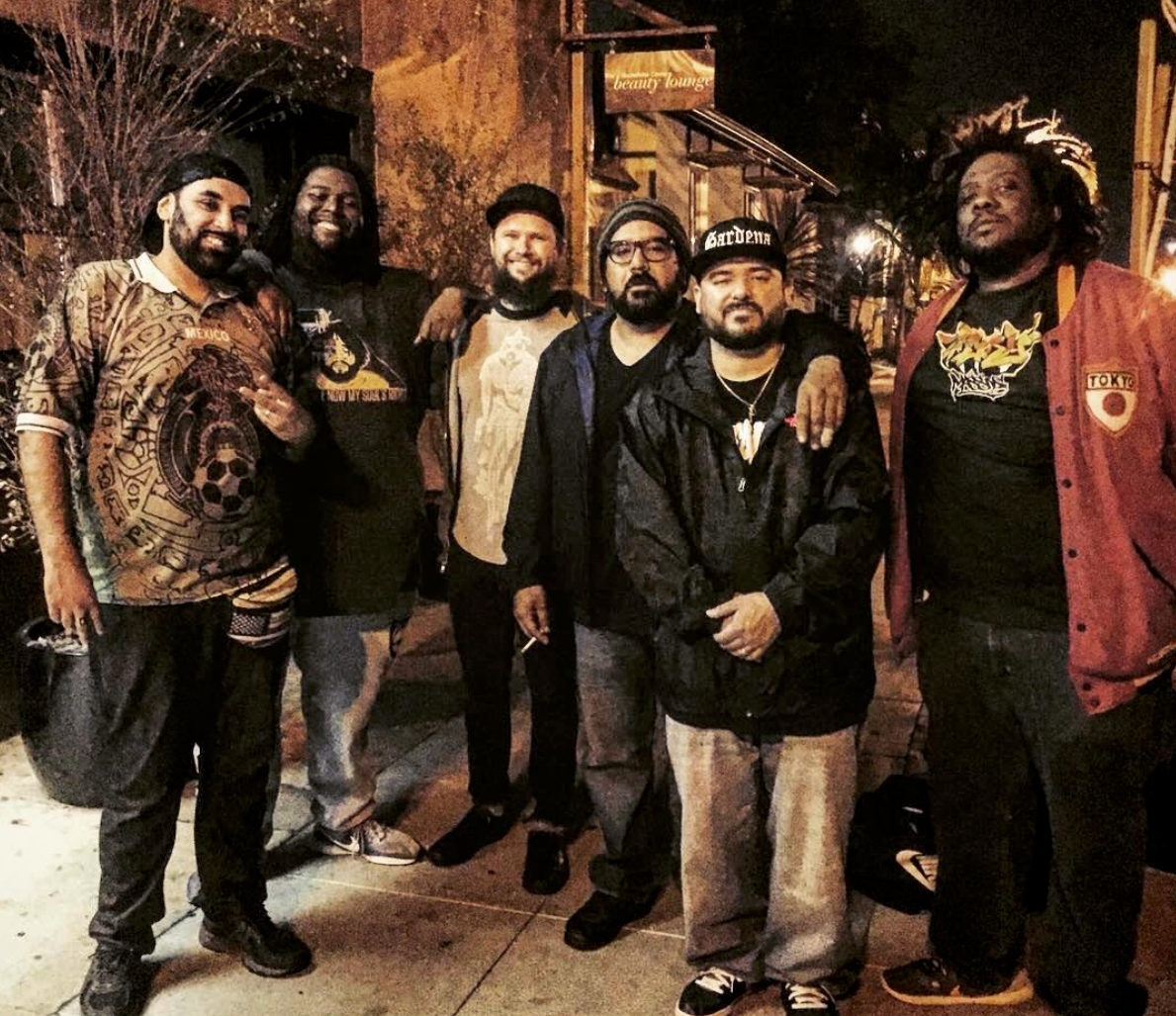 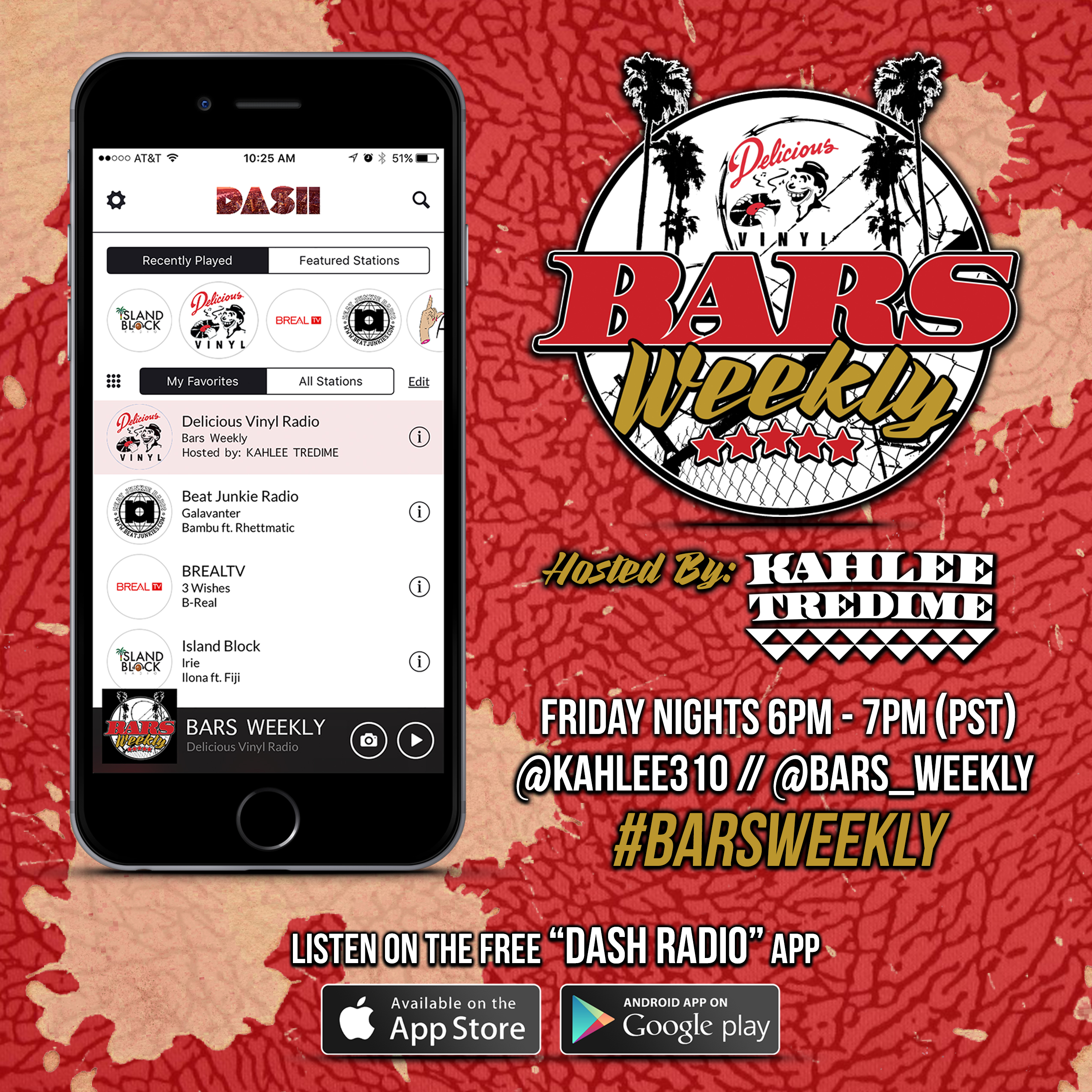 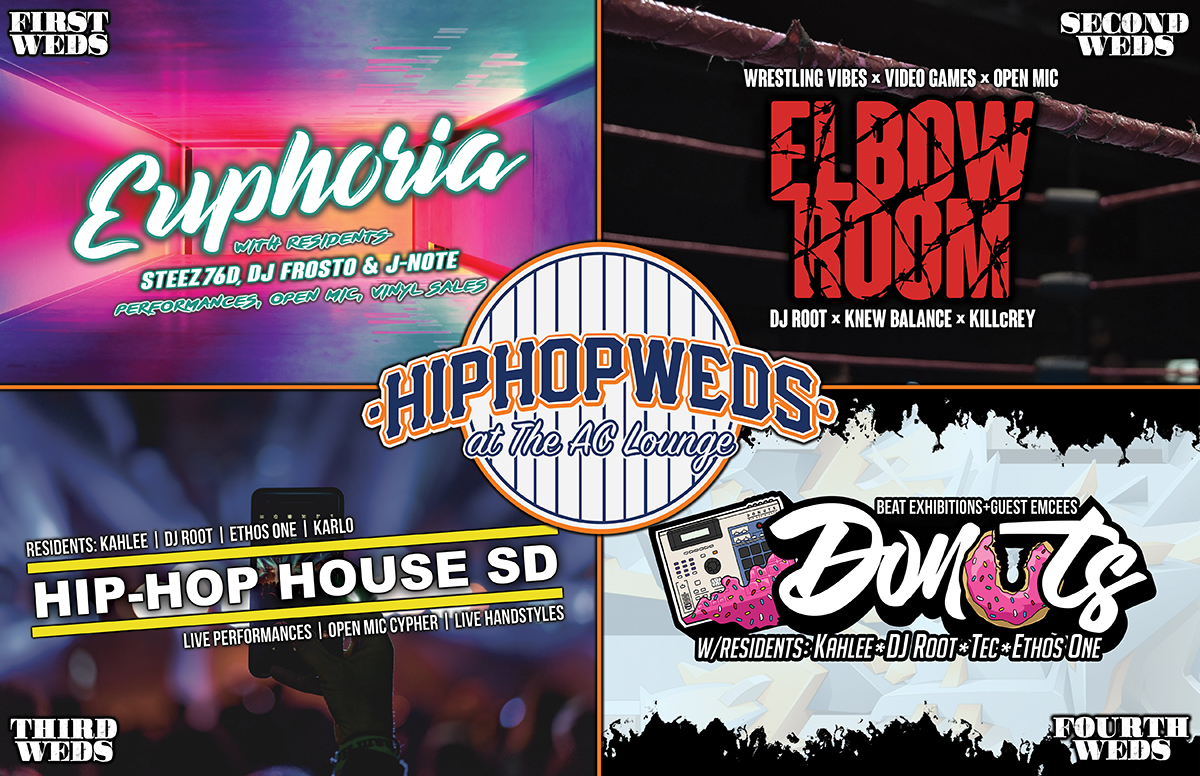 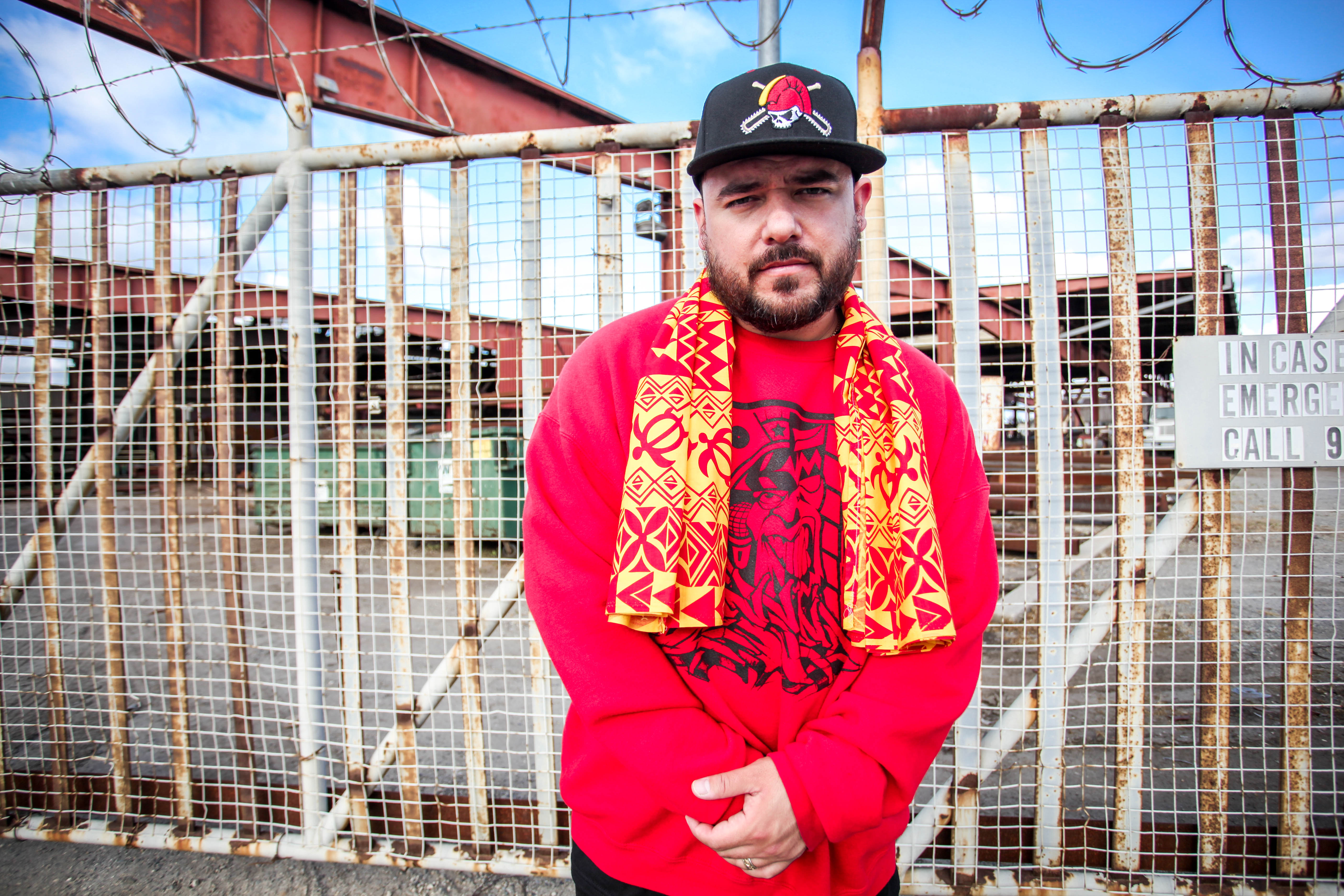 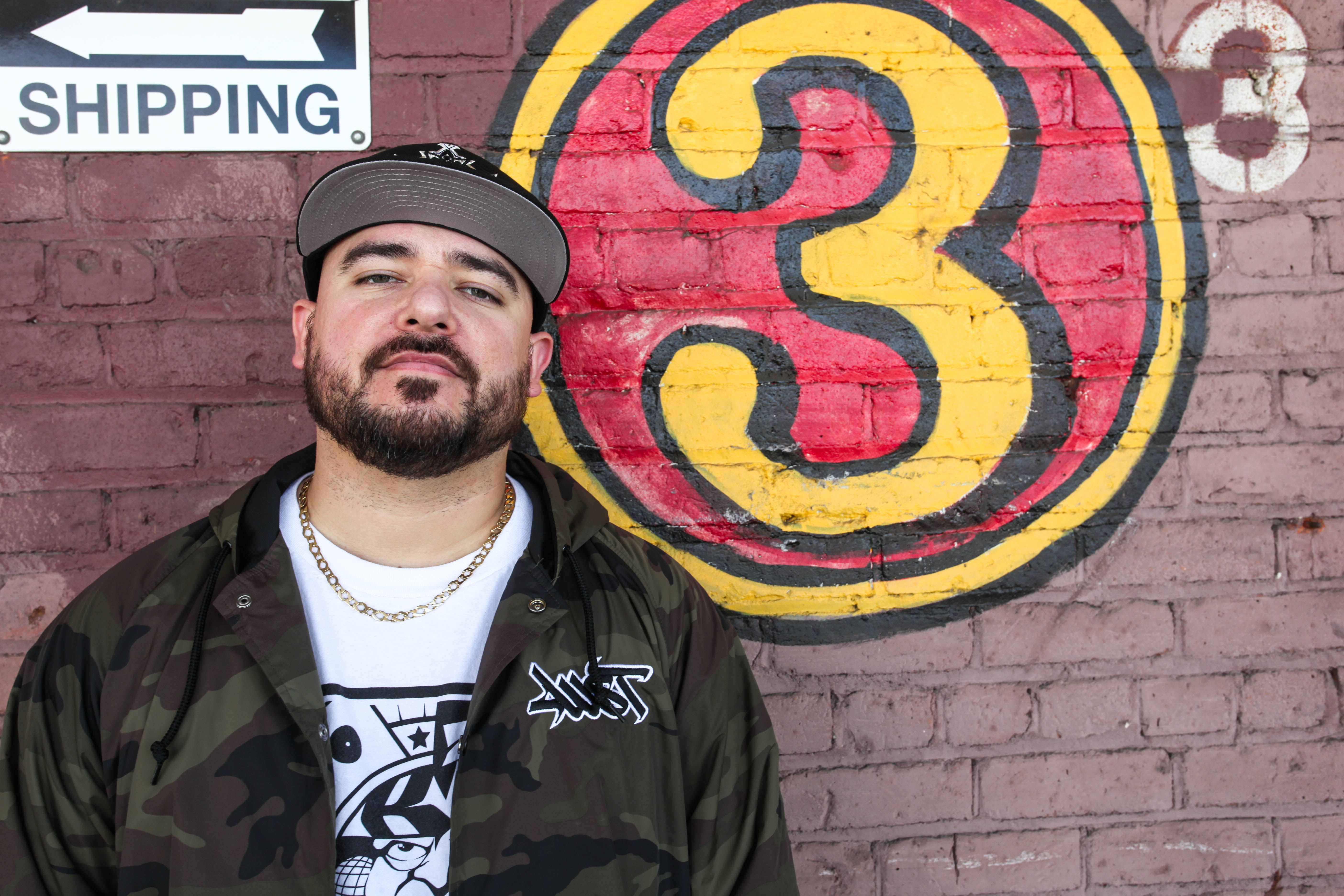 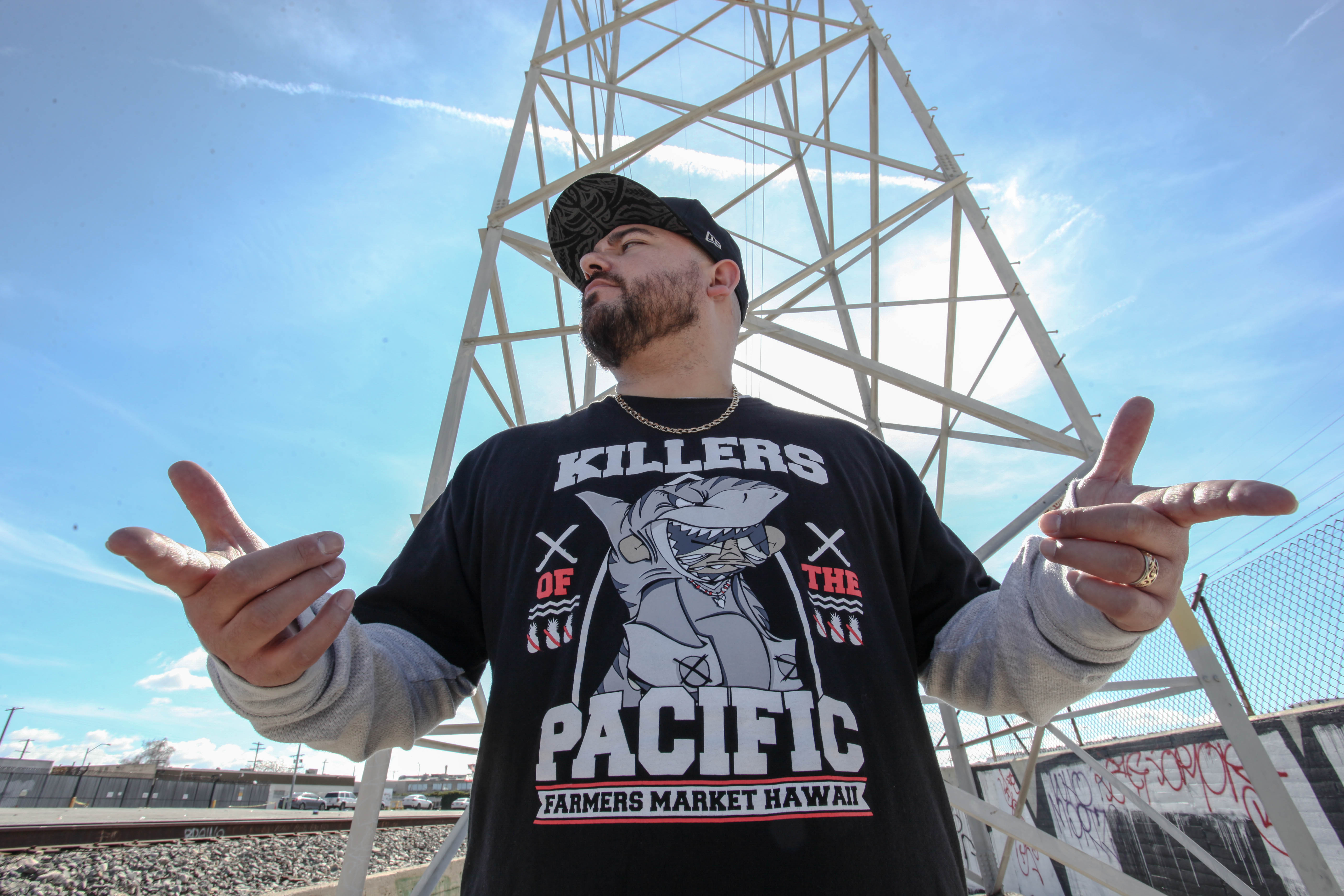 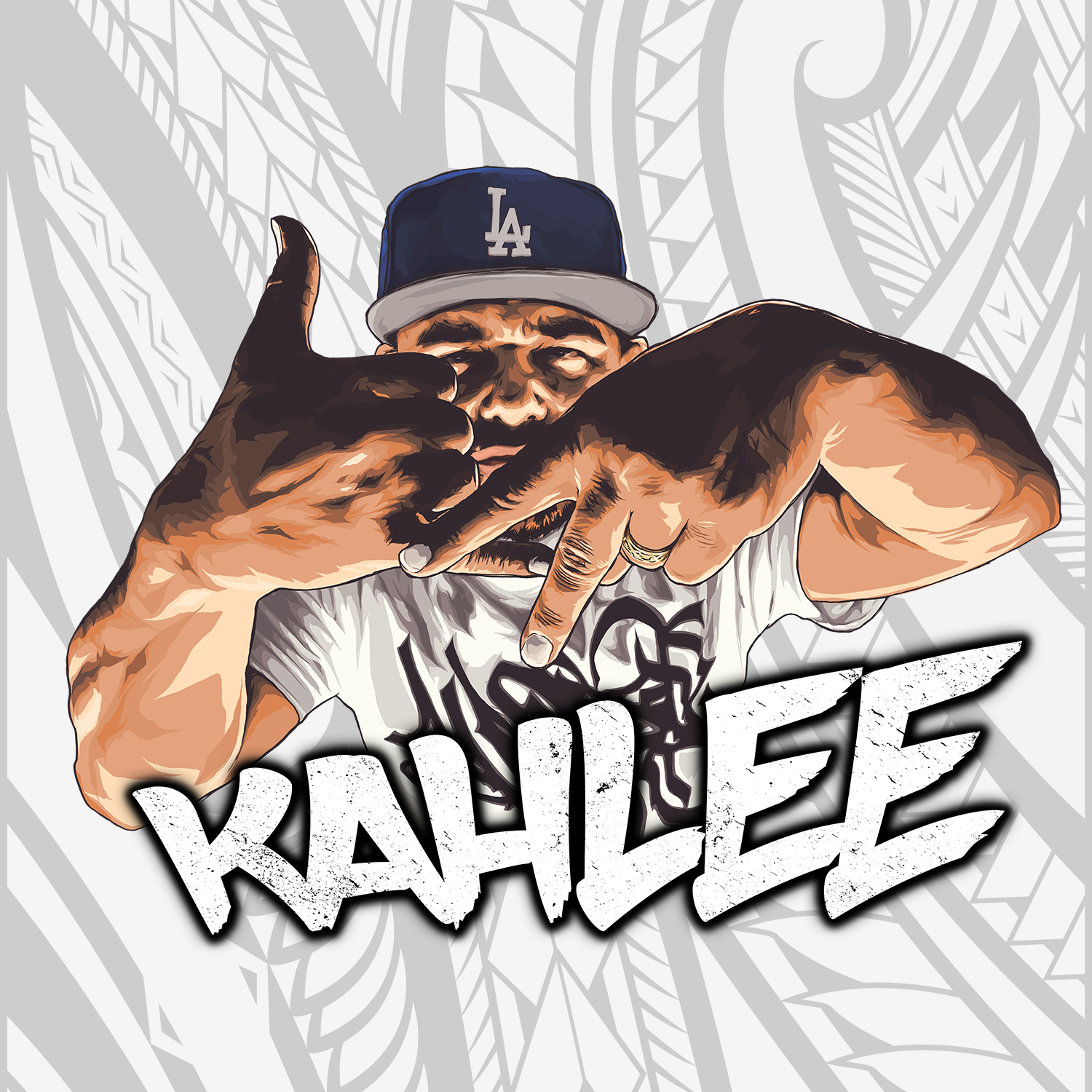 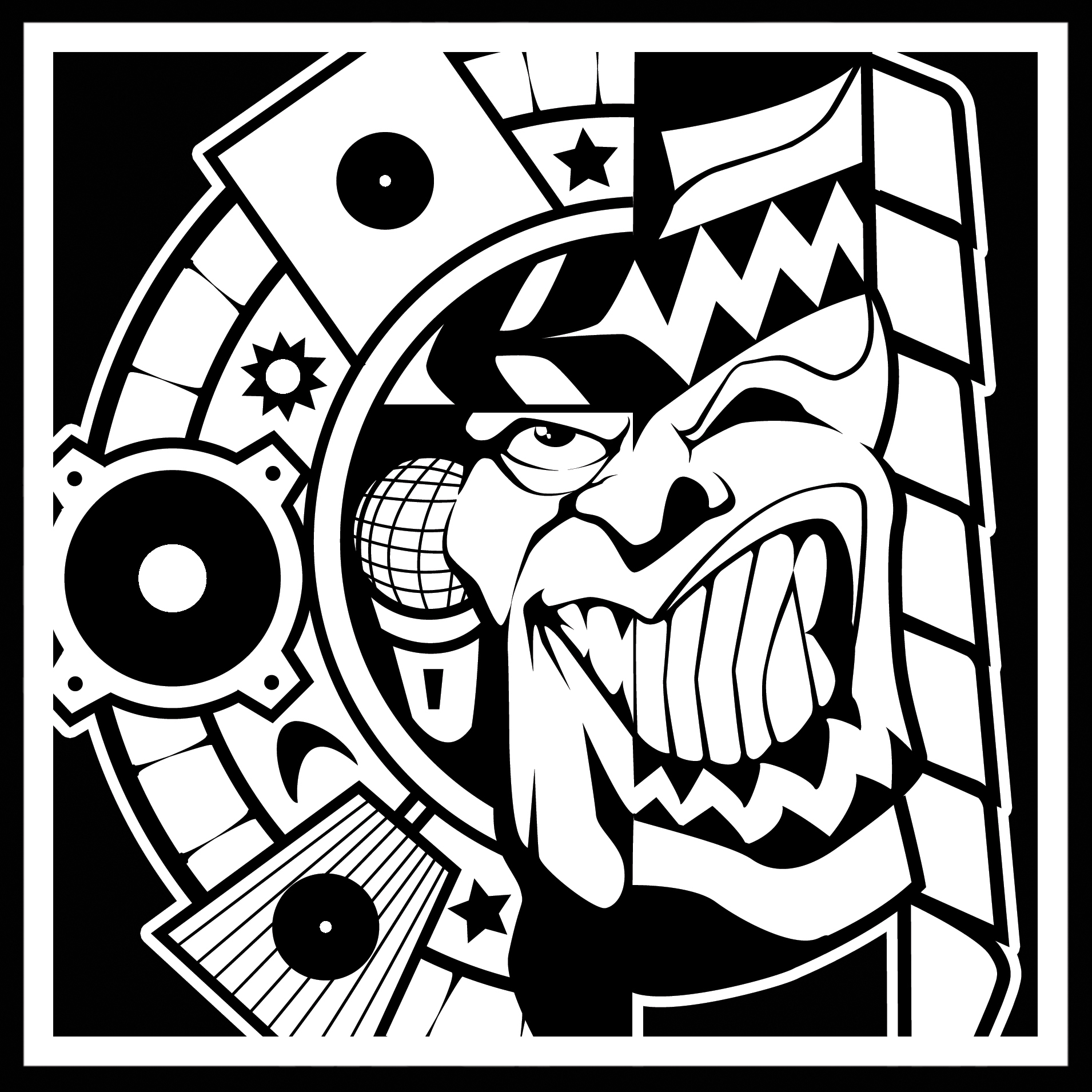