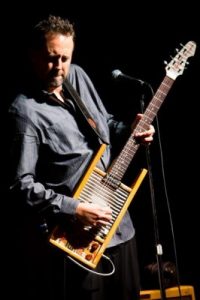 Today we’d like to introduce you to Nathan James.

Never one to follow convention, and always one to think for himself, Nathan has created a musical identity with his homemade instruments and self-taught skills.

Whether you catch Nathan as his true one-man band pickin’ and scratchin’ on his own invention of washboard guitar, stomping out time on his custom suitcase drum set while singing and blowing harmonica or kazoo; or leading his band the Rhythm Scratchers, you are sure to be moved and impressed with the unique energy and soul that he possesses. He is a well respected and experienced artist in his field. For 22 years now, he has successfully made his living touring and recording, solely specializing on his passion of blues, and American roots music. Starting his career of full time gigging musician at age 18, Nathan is no stranger to live performance. Drawing from a deep well of influences from many early roots artists and styles, James was quickly attracted to the individuality of self-made music and artistic expression.

While simultaneously discovering the guitar and the blues at age 13, he has since been in complete focus as to where his life goal would lead. Growing up in the small town of Fallbrook Ca, has been influential in deciding to choose this path. “There wasn’t a lot to do here, so you either got in trouble or found something productive to do!”

Having supportive parents that didn’t force him into the usual college after high school allowed him to go straight into the ‘real working world’ of playing music. “Part of it was luck that I was able to get paying gigs right off the bat!” Local San Diego blues bands the Blues Pharaohs and Billy Watson gave him a chance to get his feet wet with enough local gigs to support himself literally a month after graduating high school! This led to also working with well known Southern California blues acts Jamie Wood, and Johnny Dyer. At age 19 he got the call from internationally known blues veteran James Harman to join his band and tour the country. With Harman is where he gained the experience that has shaped most of his own career.

After touring and recording nonstop with Harman for 3 1/2 years, he decided to have a go at literally a solo career- that is playing one man acoustic-based blues. This was instantly successful, leading to playing over 30 gigs a month at times!! With the strain of carrying the entire show by yourself all the time, he met up with harmonica player/vocalist Ben Hernandez, a like-minded young blues roots musician aficionado, and together they started working as a duo. As word spread of these two and their ability to bring back to life the spirit of duos like Sonny Terry and Brownie Mcghee country blues, they gained international notoriety while traveling all over the West Coast and; In 2007, they entered the International Blues Challenge in Memphis TN, and took 1st place!

This really has made their reputation spread like wildfire. That year alone the duo traveled to Denmark, Italy and Taiwan. During his career, he has worked with other many well-known artists including Kim Wilson, Pinetop Perkins, Billy Boy Arnold, Johnny Dyer, Janiva Magness, Rick Holmstrom, Mark Hummel and Gary Primich. Just since 2017 alone, Nathan has traveled to play festivals in Spain, Russia, Argentina, Sweden, Netherlands, Austria, France, Switzerland, and Canada.

We’d love to hear more about your art. What do you do you do and why and what do you hope others will take away from your work?
I make musical instruments once in a while- Washboard guitars, foot percussion Cajon stop boxes.

Do current events, local or global, affect your work and what you are focused on?
We can’t help being influenced by local and world events. I think artists and musicians can help convey the feelings to everyday people to relate to what’s going on because (most of us) are not driven by money or capital gain. I feel we (most real artists) are the opposite of mega-corporate, mentality.

I think artists and musicians can give power in a way to the smaller people that may not have a say so, or the money to make changes. To be a professional musician or artist you have to be a hustler to make it through this world, which means thinking outside the box and not waiting for someone to give you something to get by- if that makes sense.

Do you have any events or exhibitions coming up? Where would one go to see more of your work? How can people support you and your artwork?
Gigs, concerts. 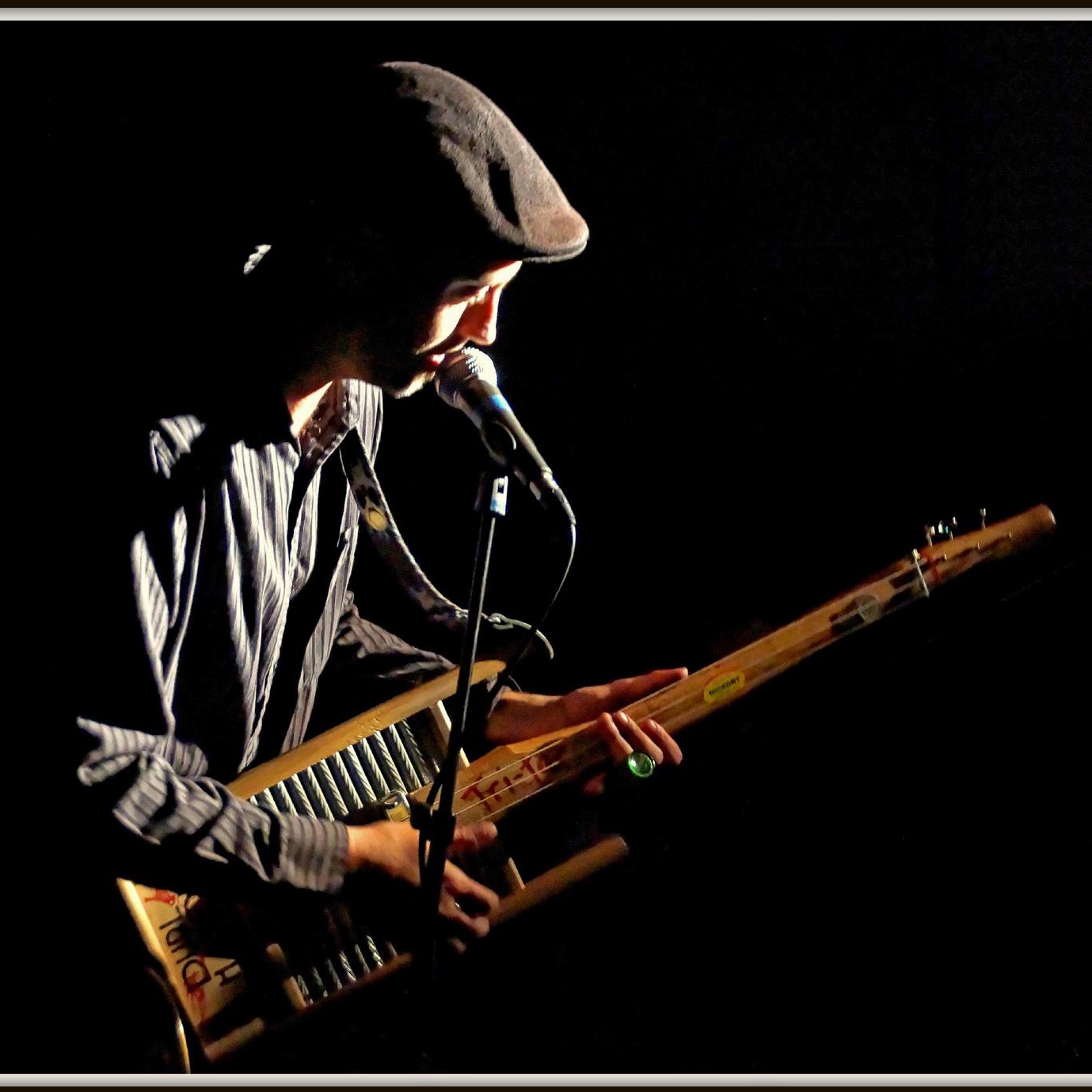 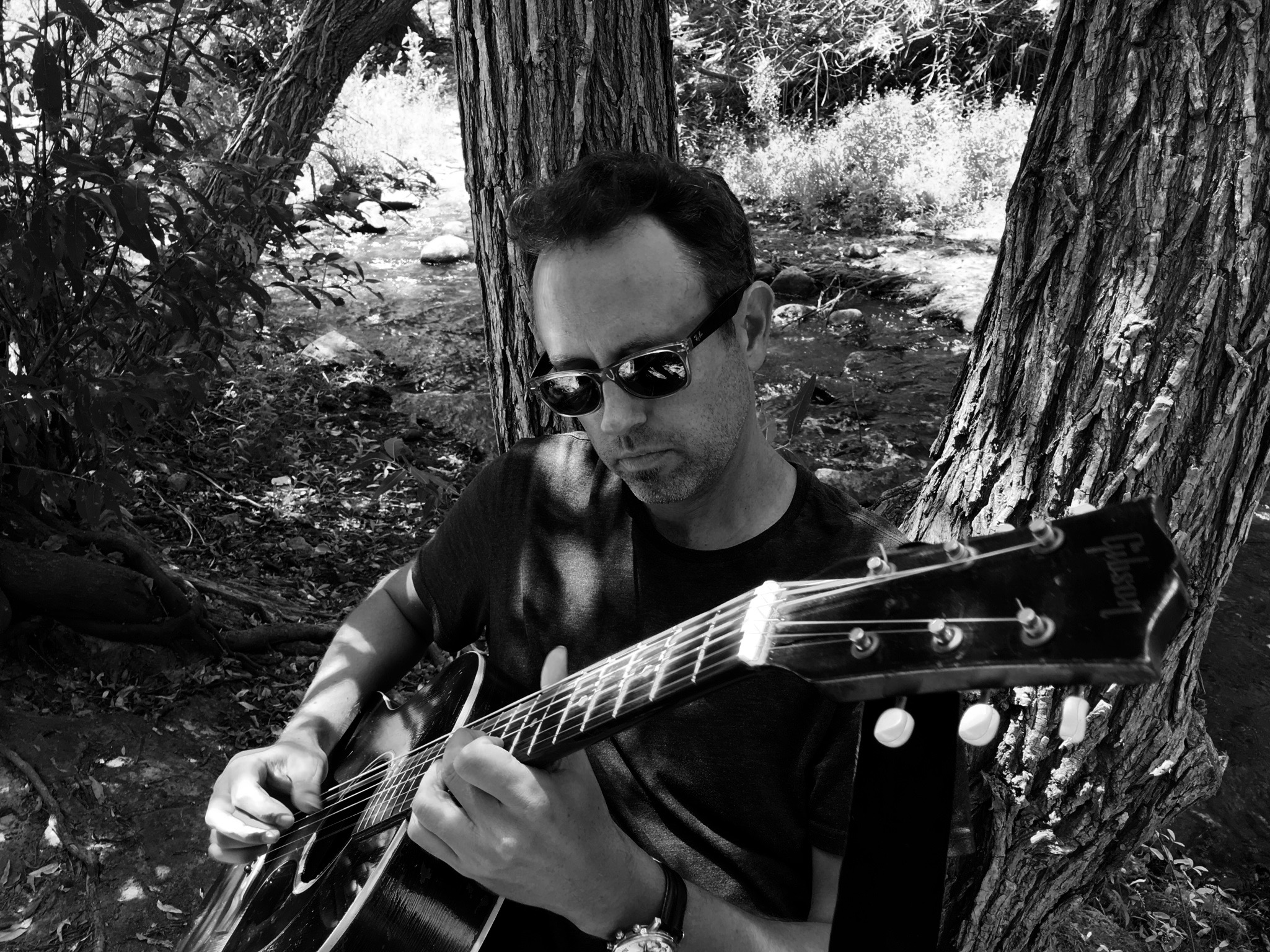