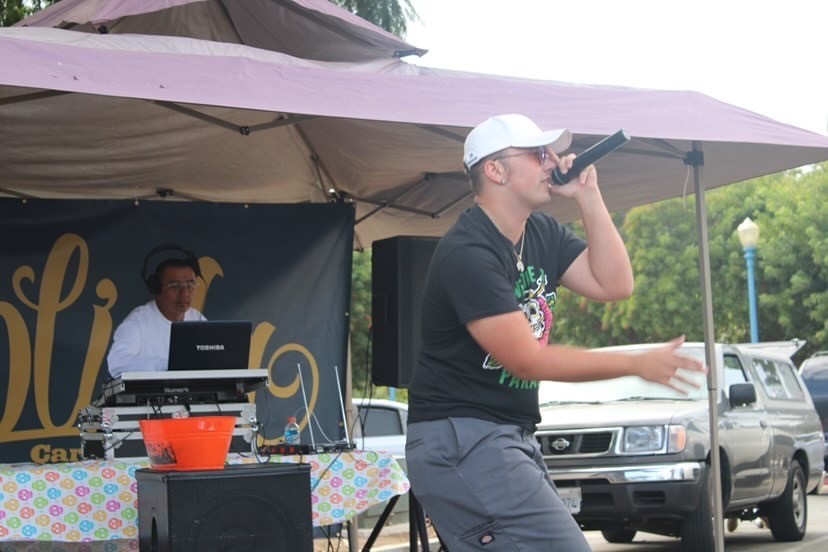 Hi Asthmatic, thanks for sharing your story with us. To start, maybe you can tell our readers some of your backstory.
Born December 29, 1998 born of Mexican white descent, I was adopted at a very young age, but it wasn’t a Hollywood story or normal life as you can say. As a young kid, I was left by my drug-addicted mother under the sun to die, but as for my father for as far as I know he was sitting in a prison cell. After being discovered and being adopted by two wonderful people from the beautiful state of California is where my actual story begins.

Growing up in California, everybody probably thinks it’s all fun under the sun, hot chicks, and friendly people, but no when I was growing up it was the complete opposite. My life was great you know, I had a place to live, food to eat and a place to sleep but, the real story was behind the scenes. While everyone’s “Normal” daily routine of waking up with a smile on their face and going about their day mine was along the lines of whether I was gonna get bullied at school again just because of my love of theater or whether I wanted to give up on my dream of becoming a musician.

Would you say it’s been a smooth road, and if not what are some of the biggest challenges you’ve faced along the way?
I’ve heard from many people that they think I’m your local La Jolla boy based on my clean shaven, no tattoo appearance. I was actually raised in National City, CA. From having a rough day of being bullied at school to the mental abuse outside of school as a young kid, I thought “this was it, this is how my life is gonna be.. A struggle. As I sat in my bed crying, and yelling at God “why me” something had told me that day to pull out my laptop. As I opened my laptop, I realized there was a song that had popped up on my screen. The title was unique, but I think it was meant for me. The title of the song was labeled “You Are Not Alone” by the late great Michael Jackson. Now Michael was one of my many reasons why I believed that my goal and purpose in life was to pursue a music career and give back to the world. As the song kept repeating itself, “You Are Not Alone, I Am Here With You” I began to realize that giving up was not the answer.

After years and years of studying, finding studios, meeting the right producer, finishing up my acting gigs and getting over my stage fright there will always be two days that changed my life forever, the day I performed for a legend and the day I began to be managed by a legend.

What you performed for a legend? Which ones you may ask, well let me start with the legend of San Diego, California who’s known by none other than DJ Jamin J from Z90. It was crazy throughout my couple of years of searching for my voice, finding my sound and even boosting my career. I was invited to meet Jamin at the WestCoastRaido podcast event. I’m going to be completely honest. I didn’t know who Jammin J really was until the day I performed for him and then everything changed. Then after a couple of days, a couple of performances and a couple of meetings with important people, I began to realize that this guy “Jammin J” was a very, very important and big deal out here. Then came the most important and beneficial day of my career, the day I performed in front of Beyonce’s father.

BEYONCE’S FATHER?! Oh yeah, you heard it right, I was given the opportunity and honor to perform in front of none other than the queen bee’s pops himself Dr. Mathew Knowles. Never did I imagine in millions of years that I would have been given an opportunity to present and perform for one of the most well-known people in the industry. Not only did I impress him, but I had seemed to impress a very crucial man in the industry who goes by the name of Leon Youngblood Sr. Leon is known worldwide not only as a very important and well-known man in the music business but because he raised none other than his son Leon “Roccstar” Youngblood Jr who is one of the greatest platinum recording producers of our time.

As you know, we’re big fans of you and your work. For our readers who might not be as familiar what can you tell them about what you do?
My music isn’t like any other artist. I specialize in making music about self-realization. My music is about it doesn’t matter what anybody says but it only matters if you realize what you are capable of doing. Whether you wanna be the next star athlete or the next Dr that cures cancer. No matter what you figure out and realize what you wanna do with your life, you are gonna make it regardless. Nobody but yourself is able to stop you from being you. I’m a rap artist yeah, but deep down I’m actually a Disney enthusiast and lover of broadway theater cause thats just me.

We’d love to hear about how you think about risk taking?
I honestly think the biggest risk I have taken was when I went to visit Beyonce’s father out here at the Barnes and Noble Mission Valley. Let’s face it, my manager and I weren’t invited to go perform for him because there was already a group performing but we kinda just said “let’s go” and took some of my Cds and said let’s see what happens from there ya know. I think risk can vary from good or bad but my opinion about risk shouldn’t really define anything because risking is a choice not a way of life. 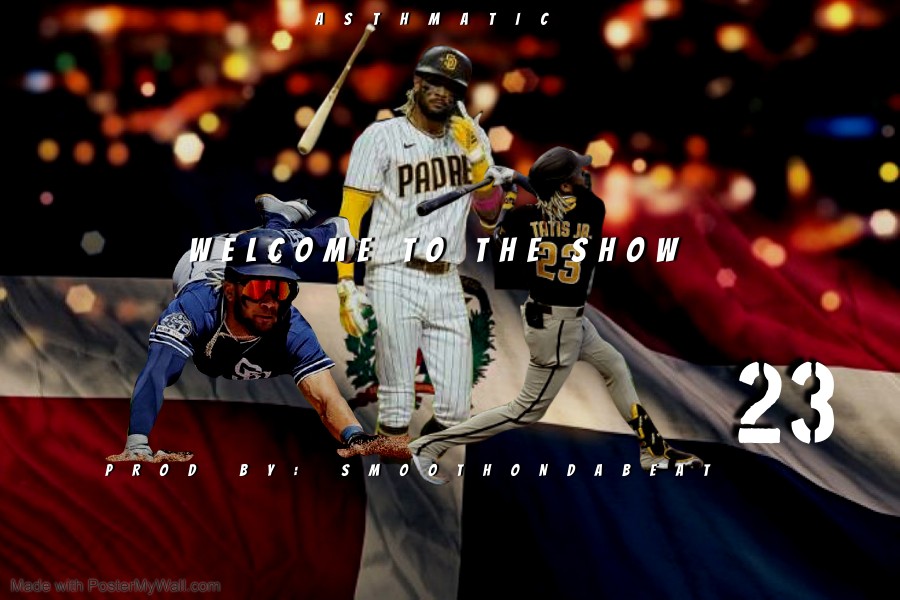 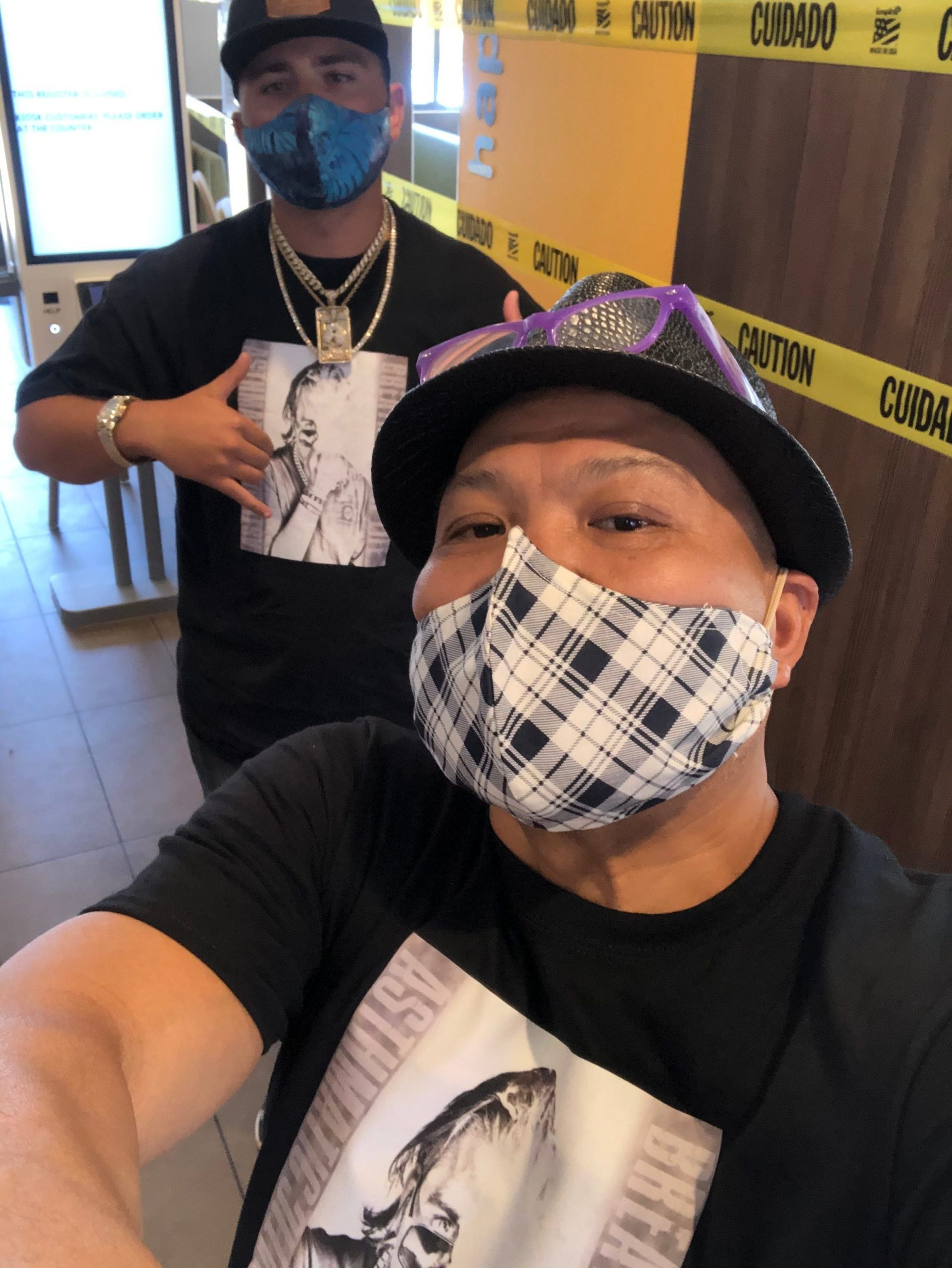 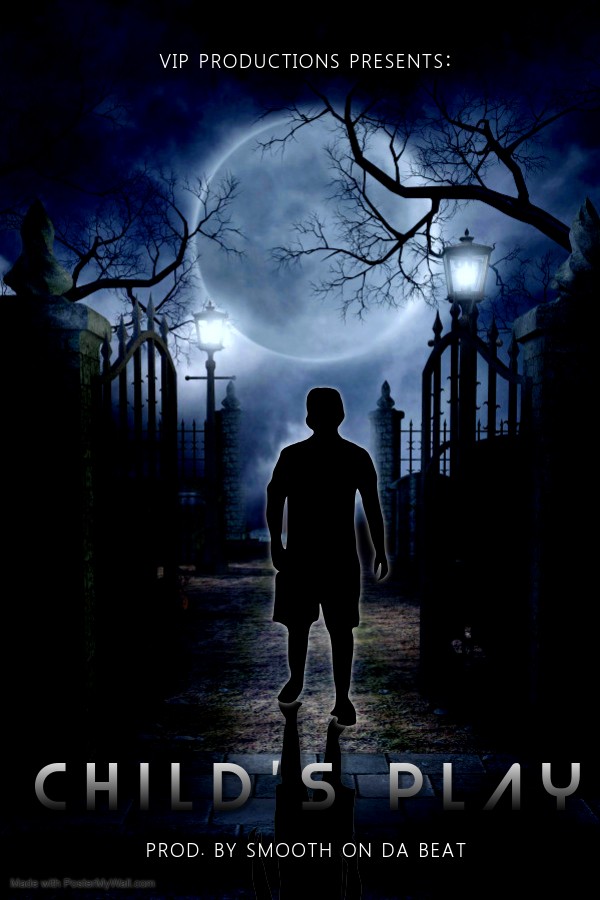 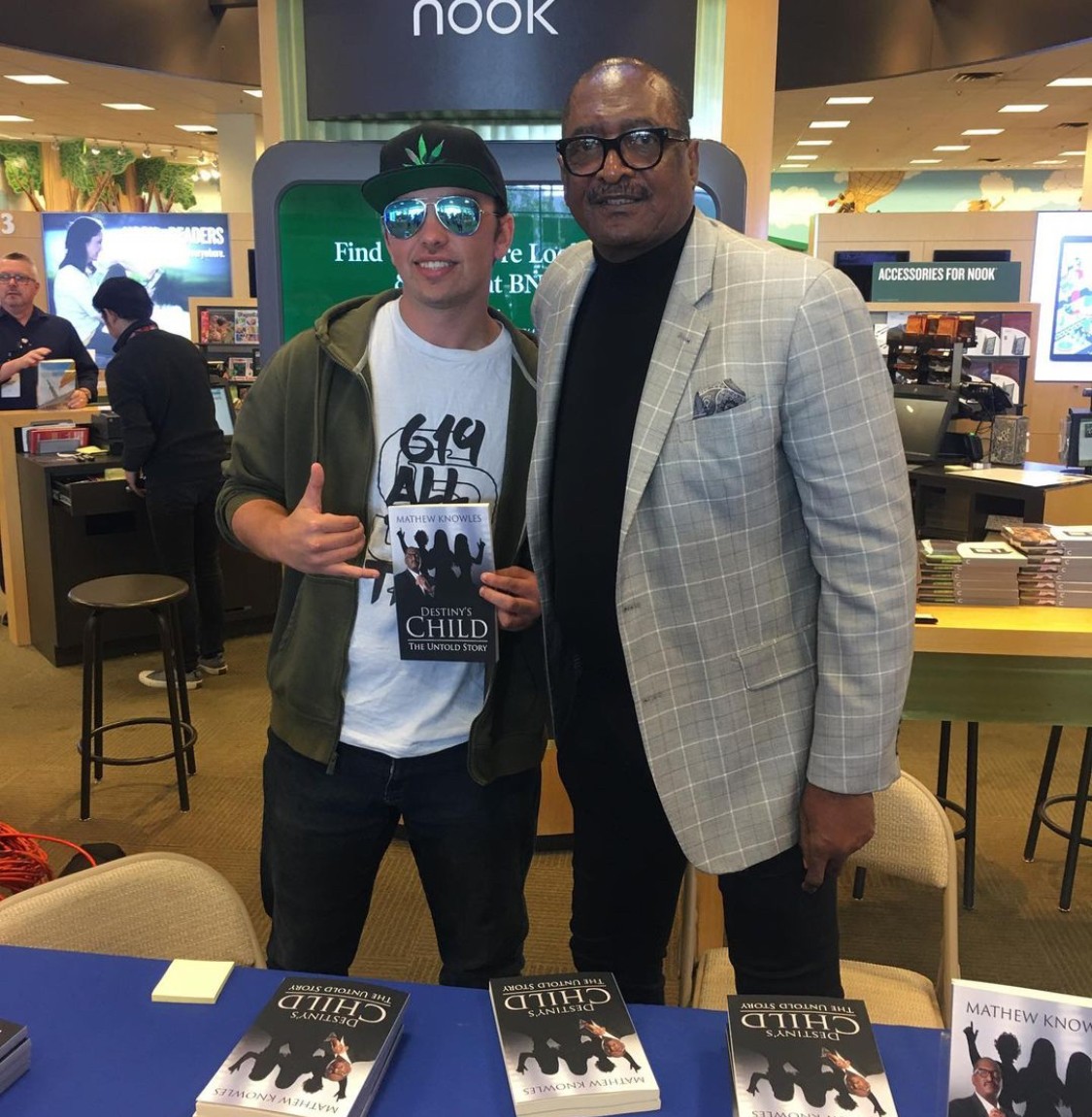 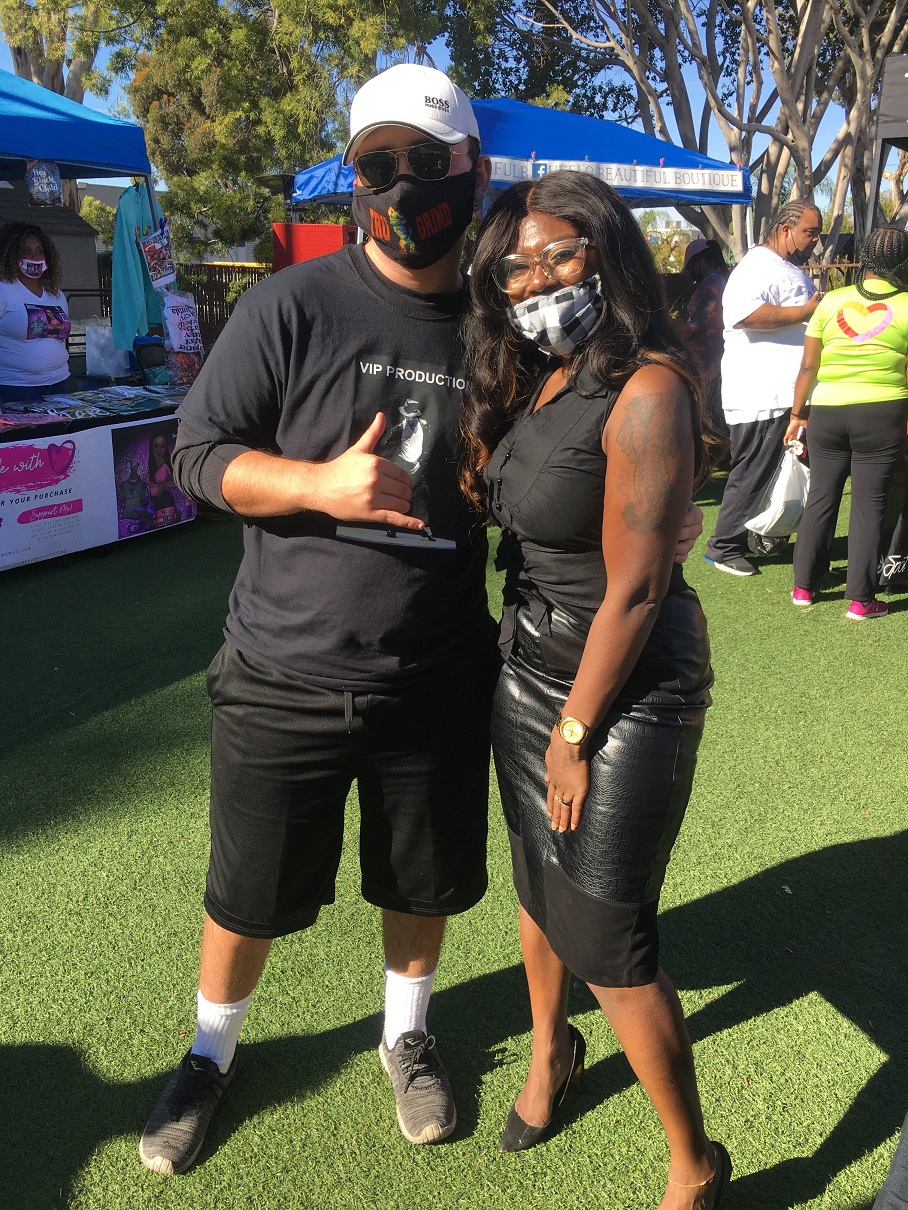 Image Credits:
(Top left) song cover for a song I made for Fernando Tatis Jr of the Padres. (photo right) is my manger Jammin J from Z90 radio. (Bottom row) is a song I made about having no time for child like games in the business which I called Child’s play and the last two photos are of the clients I worked with such as Beyonce’s Father Dr Mathew Knowles and Gian Pipkin