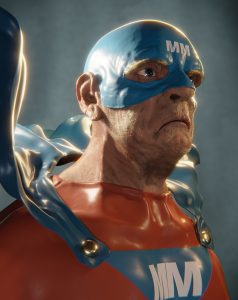 Today we’d like to introduce you to Daniel Eues.

Alright, so thank you so much for sharing your story and insight with our readers. To kick things off, can you tell us a bit about how you got started?
I studied Multimedia Arts at San Diego State University where I studied full time for five years while working anywhere between three and four part-time jobs as a music instructor at two High Schools and a private school in guitar, music theory, marching band and saxophone and ahead docent at the Whaley House in Old Town. I started working in the television and entertainment industry as a camera operator for Channel 6 news which was a very challenging. My big break was working for a San Diego based 3D conversion company Legend 3D which started up in 2009 and in 2010, I started as an artist.

Over the following five years, I worked up into a position where I became a leader in the industry and stereographer, sometimes heading projects and other times under the leadership of other stereographers and VFX supervisors on AAA title films like “The Amazing Spider-Man”, “Man of Steel” and “Poltergeist”. It was and still is very common for the teams to work 12+ hours per day for weeks on end and sometimes over a year. During my time there, I had two opportunities to train new artists in Mumbai, India and Toronto, Canada which were very challenging and life-changing experiences for me, particularly the India trip. I also headed projects pushing the development of Virtual Reality and Augmented Reality projects. In 2015, my trust in Legend 3D and the VFX industry were devastated by them outsourcing the company work to the individuals I trained and I turned down an opportunity to move to Hollywood as a head of the 3D department due to this decision.

With the 3D conversion industry becoming more and more niche and isolated to a few large companies all of which had already outsourced to other countries, my experience as a leader and artist were not valued and I had to start from scratch again building my resume portfolio and experience. Rejection letter after rejection letter made pushed me to a state of severe depression in which I thought I would never crawl out of. I then got a “dream job” opportunity at a local board gaming company, which will remain anonymous, working as an art acquisition coordinator.

My hopes once again were dashed as I learned that this organization made a practice of breaking their contracts with their artists by not paying them on time. One artist was impacted so badly by this that as far as I am aware, they lost their apartment. Due to the empathy I have for artists and the company’s resistance to change, I had to resign my position.

This experience caused me to turn away completely from art and media and I became a bakery manager which again only lasted roughly ten months due to the impossible expectations and poor treatment of its workers. Lost, I went back to my roots and purchased a computer and set to work rebuilding my CGI modeling and rendering skills. This decision led to me becoming a designer for hospitality (hotels, multi-family complexes and hospitals), lead multimedia designer for Zovio and a YouTube channel where I teach modeling, rendering and compositing for other artists.

Can you talk to us a bit about the challenges and lessons you’ve learned along the way. Looking back would you say it’s been easy or smooth in retrospect?
It has been a very difficult road. In the art industry, the specter of job loss is a constant issue and often there are skills that may not be transferable. This issue causes a lot of precarity since a lot of jobs in the art industry that are entry-level require sometimes years of experience working on delivered projects in software that can cost hundreds or thousands of dollars a year for subscription services. You pair that with the fact that a majority of art-related jobs are part-time or contract only and it creates a very tricky situation to navigate and maintain a level of security.

Another issue is that of the number of expected hours. When working at Legend 3D, there were many months in which we worked 12+ hours a day and had two days per month. When I was a young artist, I thrived in this environment. Over a decade later, it becomes difficult to sit even for a full 8 hours let alone 12+ hours. Although I am always nostalgic for those days and enjoyed the majority of the work I did, I couldn’t see myself working those hours again.

The steady and fast march of technological advances are also a challenge in that multimedia and digital artists must constantly be on the cutting edge to remain relevant in the industry. I spend a lot of my time reviewing and researching new render engines, computer components and techniques to stay relevant.

Alright, so let’s switch gears a bit and talk business. What should we know about your work?
Although my “day job” is working on higher education media objects like videos, article and animations, my passion in art is working on 3D rendered art pieces such as character designs, compositions and product design. One of my most favorite pieces is called “The Wizard’s Gifts” which won an award at the 2019 San Diego Fair where I created a still life of my interpretation of the gifts The Wizard of Oz gave Dorothy’s companions at the end of Frank L. Baum’s “The Wonderful Wizard of Oz”. In this piece, I re-created everything including the patterns to match the era in which the book was written. Another project I have a fondness for is my techno monster which was featured on the YouTube channel Proko.tv for a challenge.

What sets my pieces apart perhaps is my focus on creating items which have very specific reasons for each and every item to be in a scene or to be used. I also work very hard to try and think of something that hasn’t yet been done with a particular idea or theme and stray away vehemently from creating compositions that could be seen as “Fan Art” or copies of something someone else has been done.

All of my pieces are for sale via a digital download. I also do contract commercial work and commissions on the side. Contact me via the email provided in this interview and we can talk about your project or which pieces you would like to purchase.

If we knew you growing up, how would we have described you?
I was very involved in music. I started playing Saxophone on 5th grade and continued through college as the Saxophone Section leader. My passions and work often revolved around music along with doing things with my friends most of whom I still see on a routine basis even today. Personality-wise – I would say most would say I was very opinionated and boisterous. Through my experience in becoming a professional and “growing up” I have changed quite a bit.

I always thought that eventually, I would do something in music like a music teacher, seeing as how I had already been doing that prior to College. I half-jokingly tell people that I realized that a music degree wouldn’t make me much money, so I got an art degree instead. 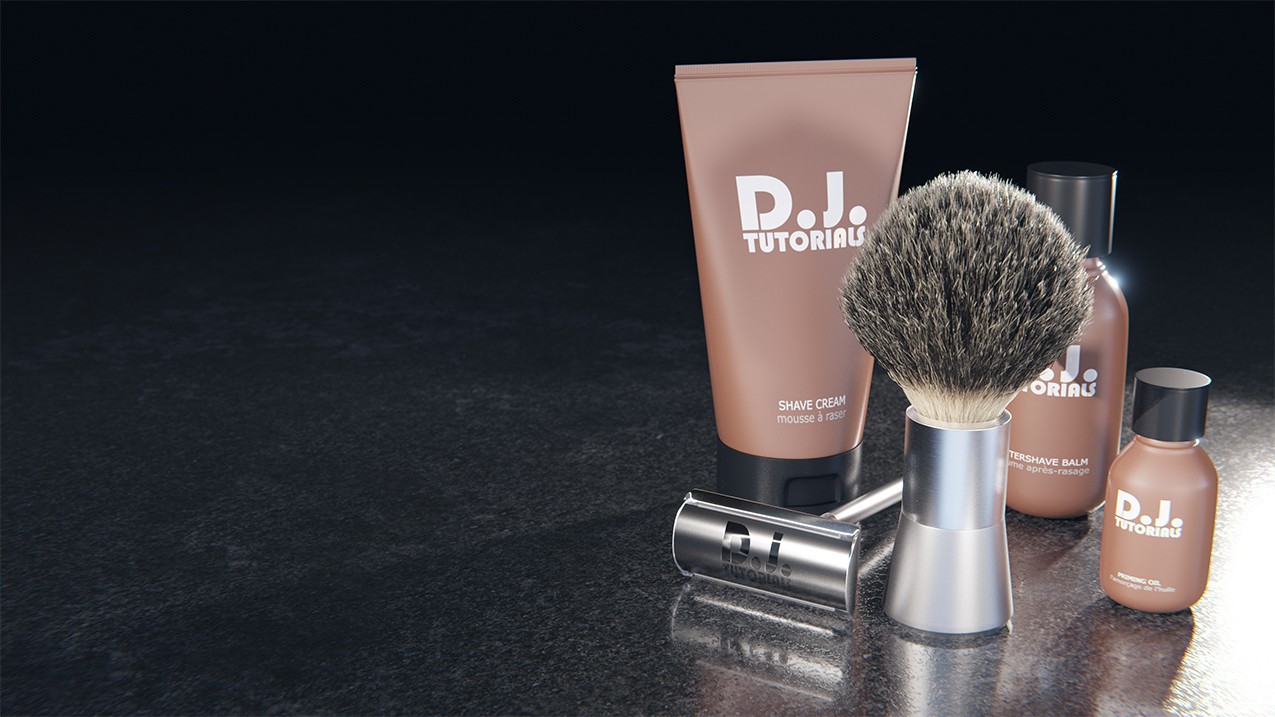 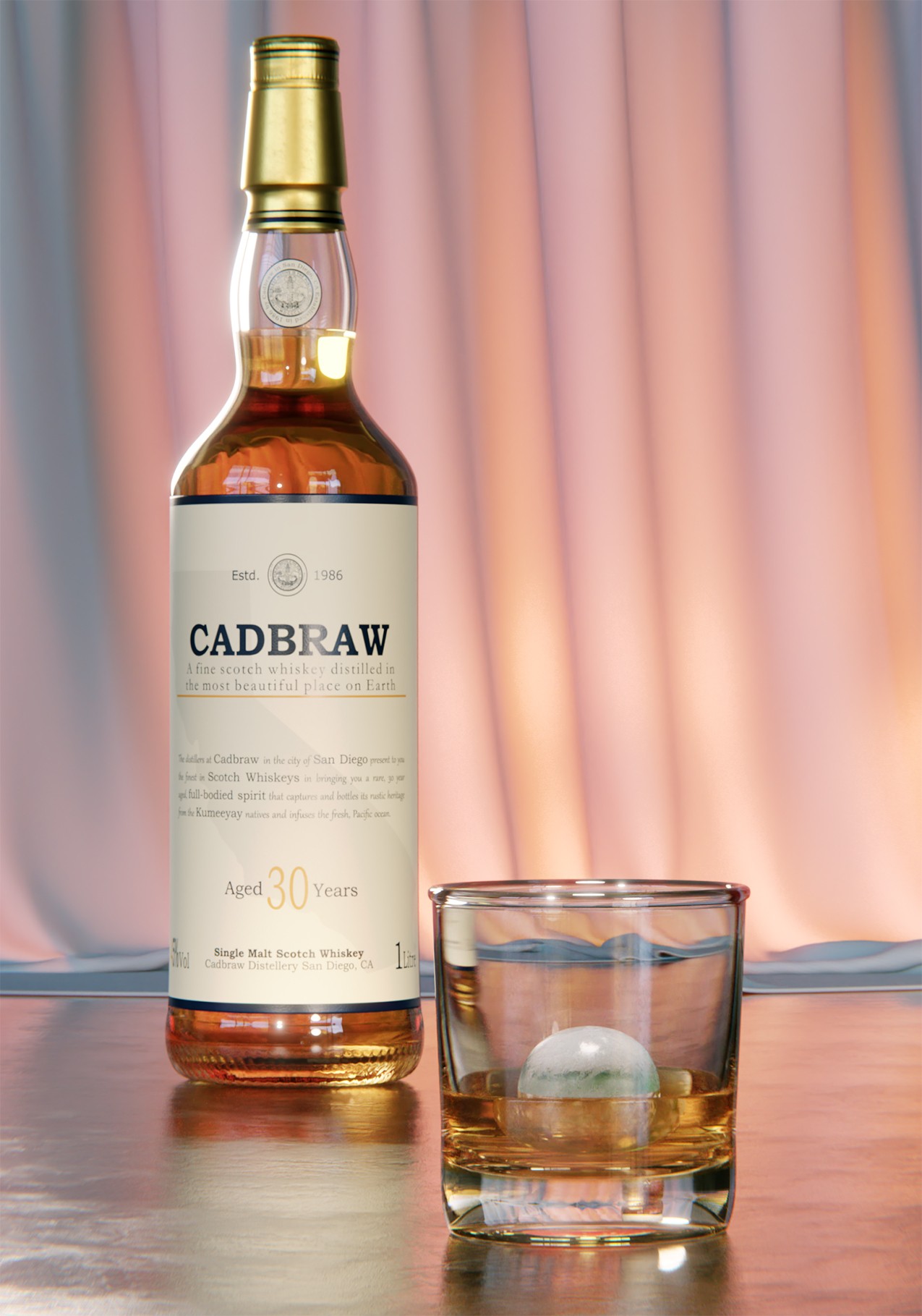 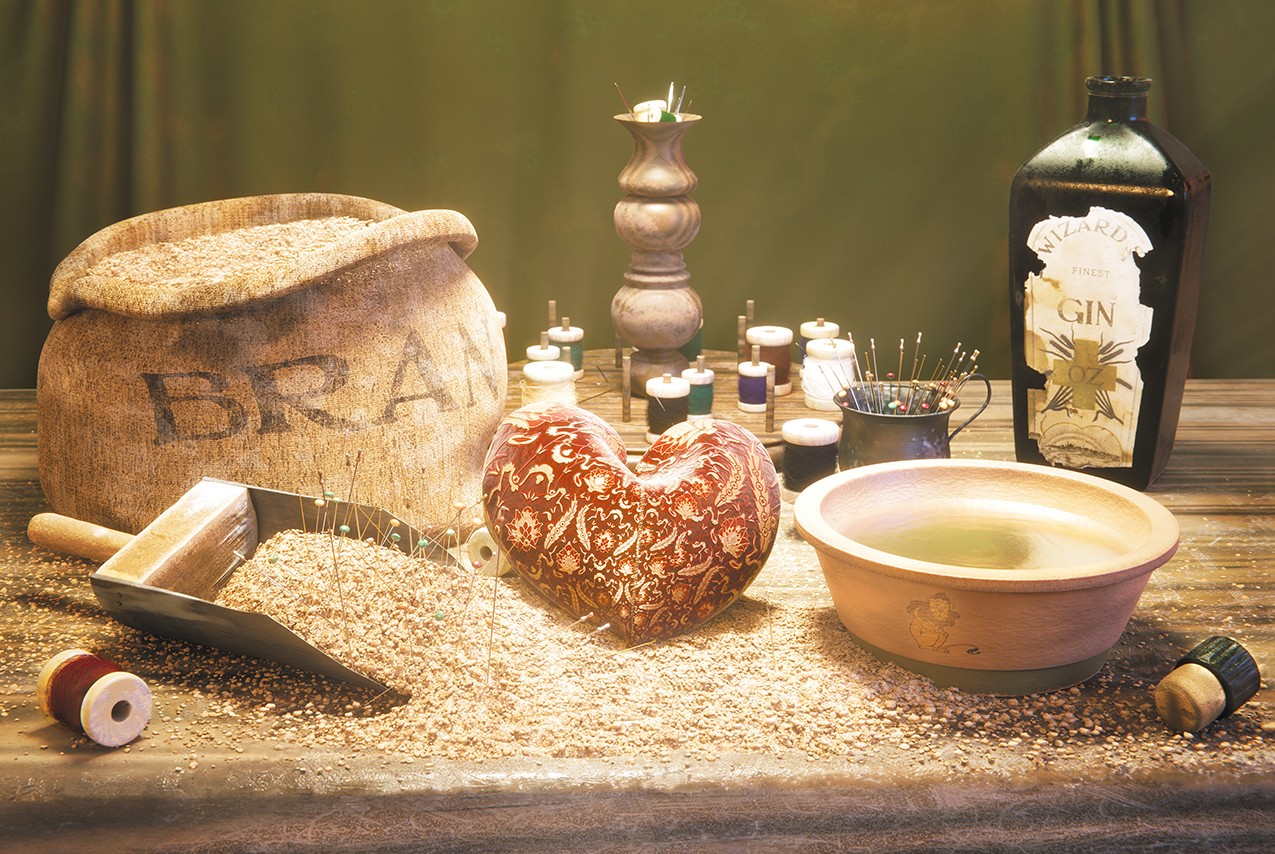 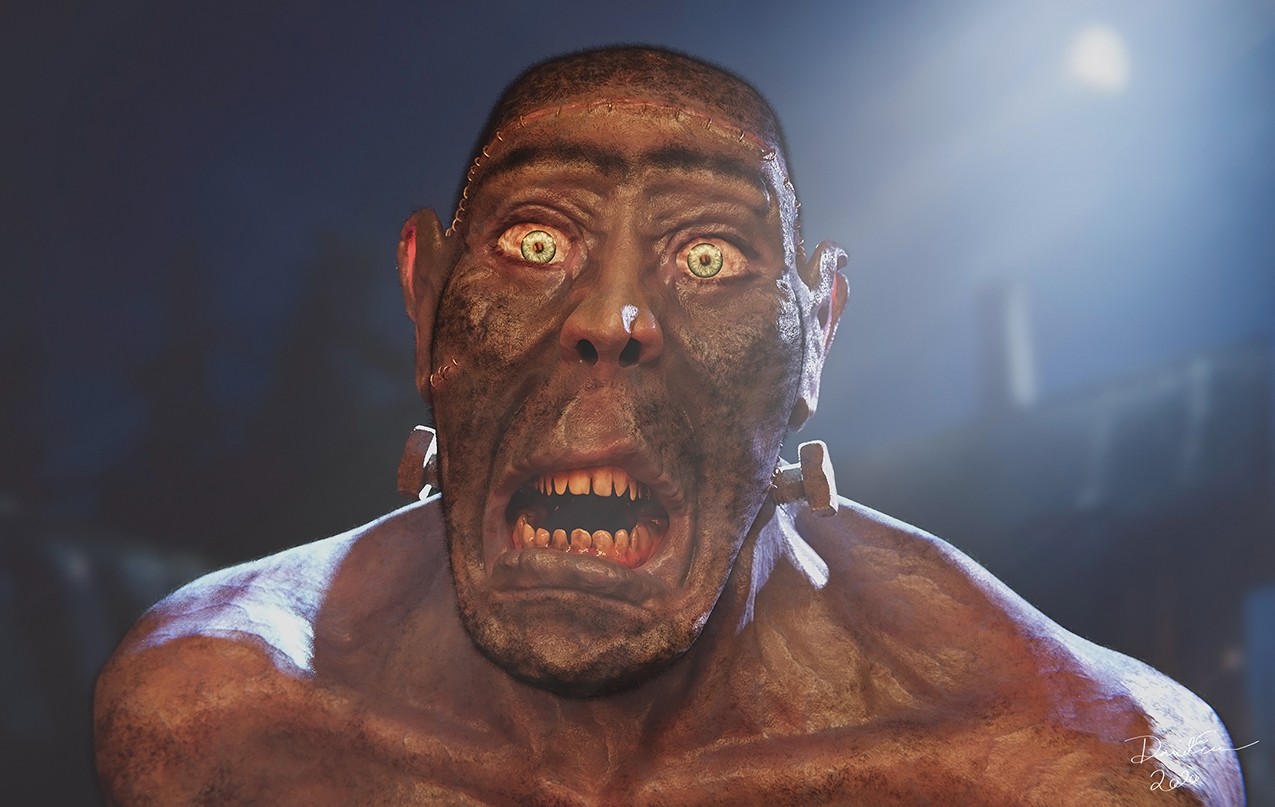 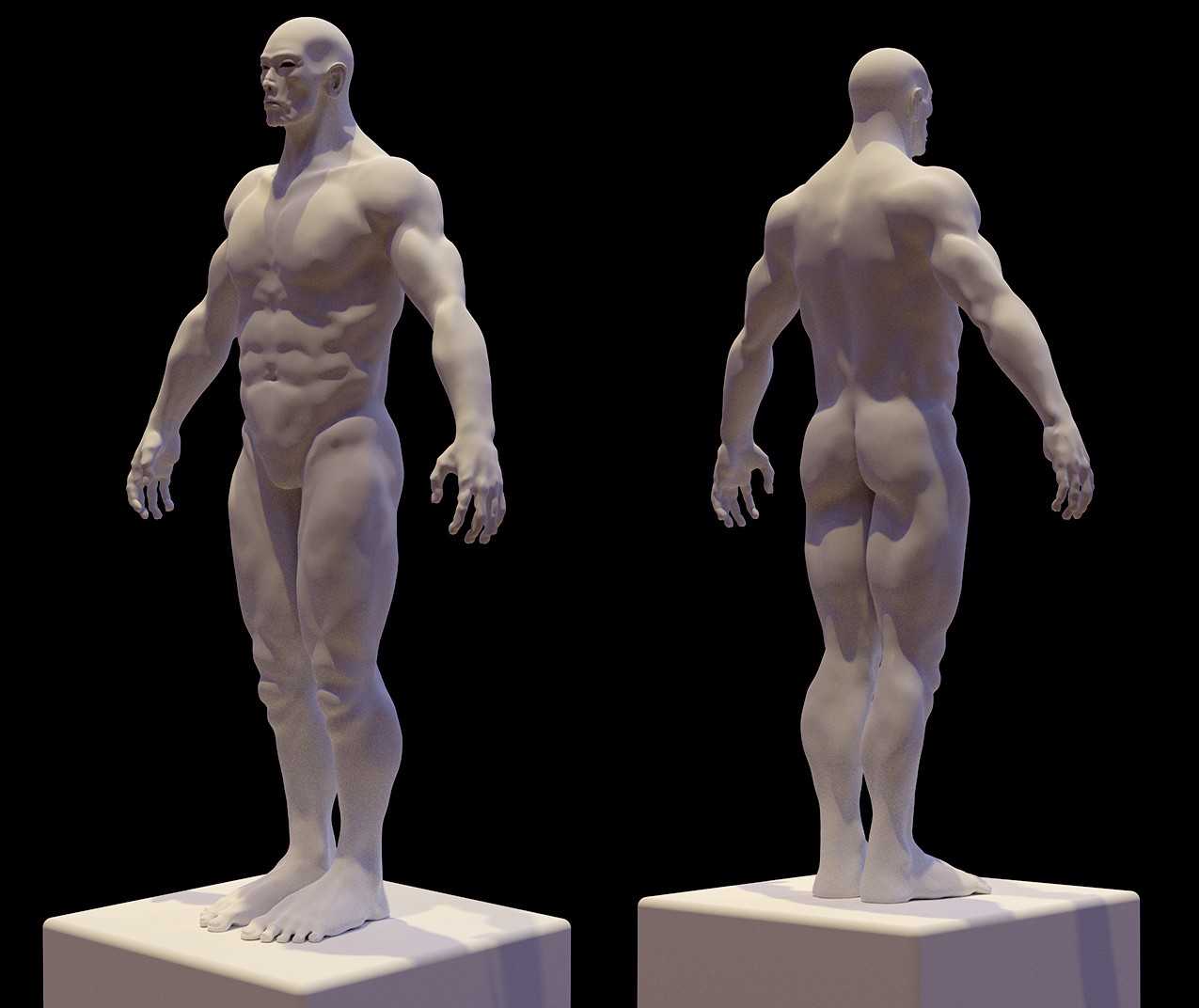 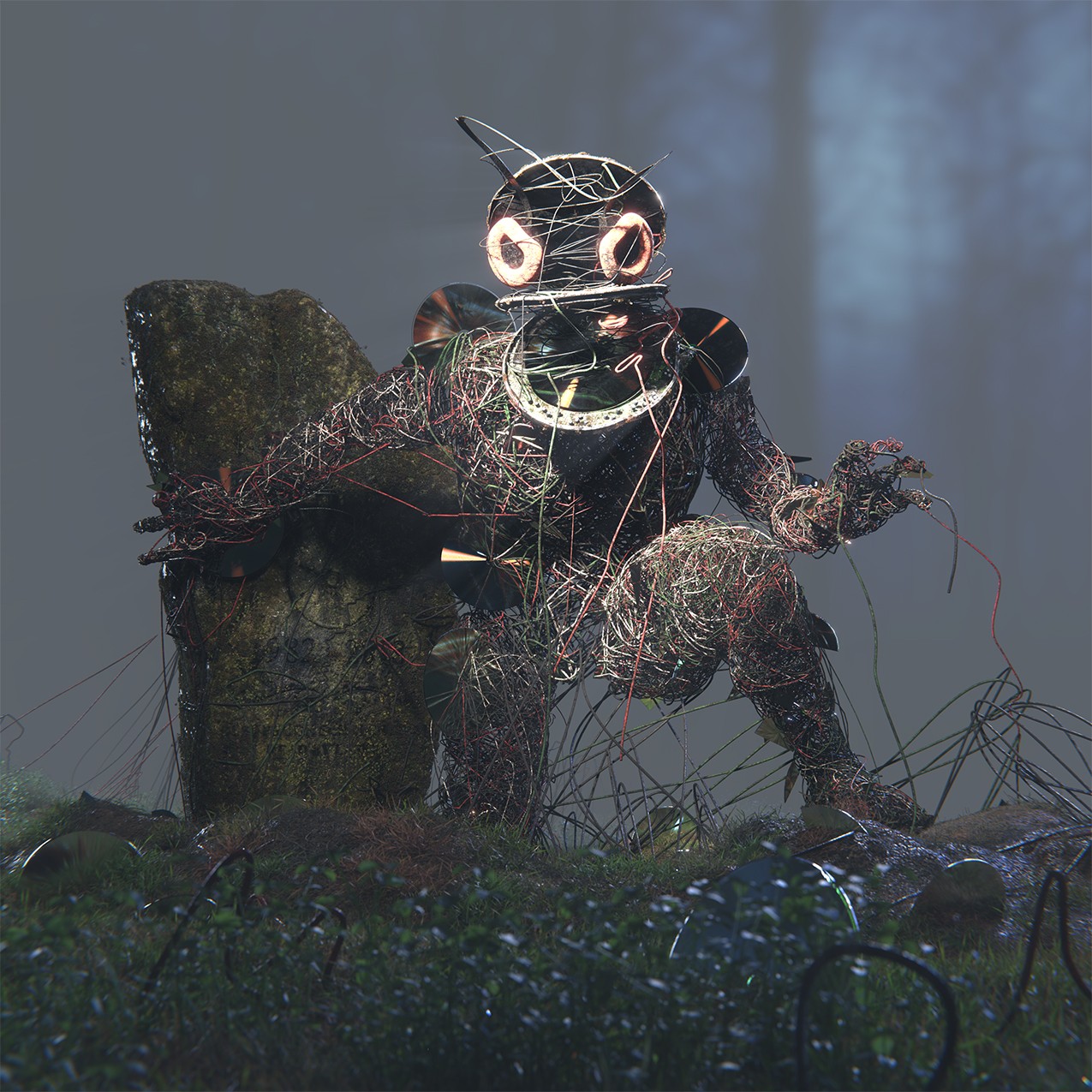 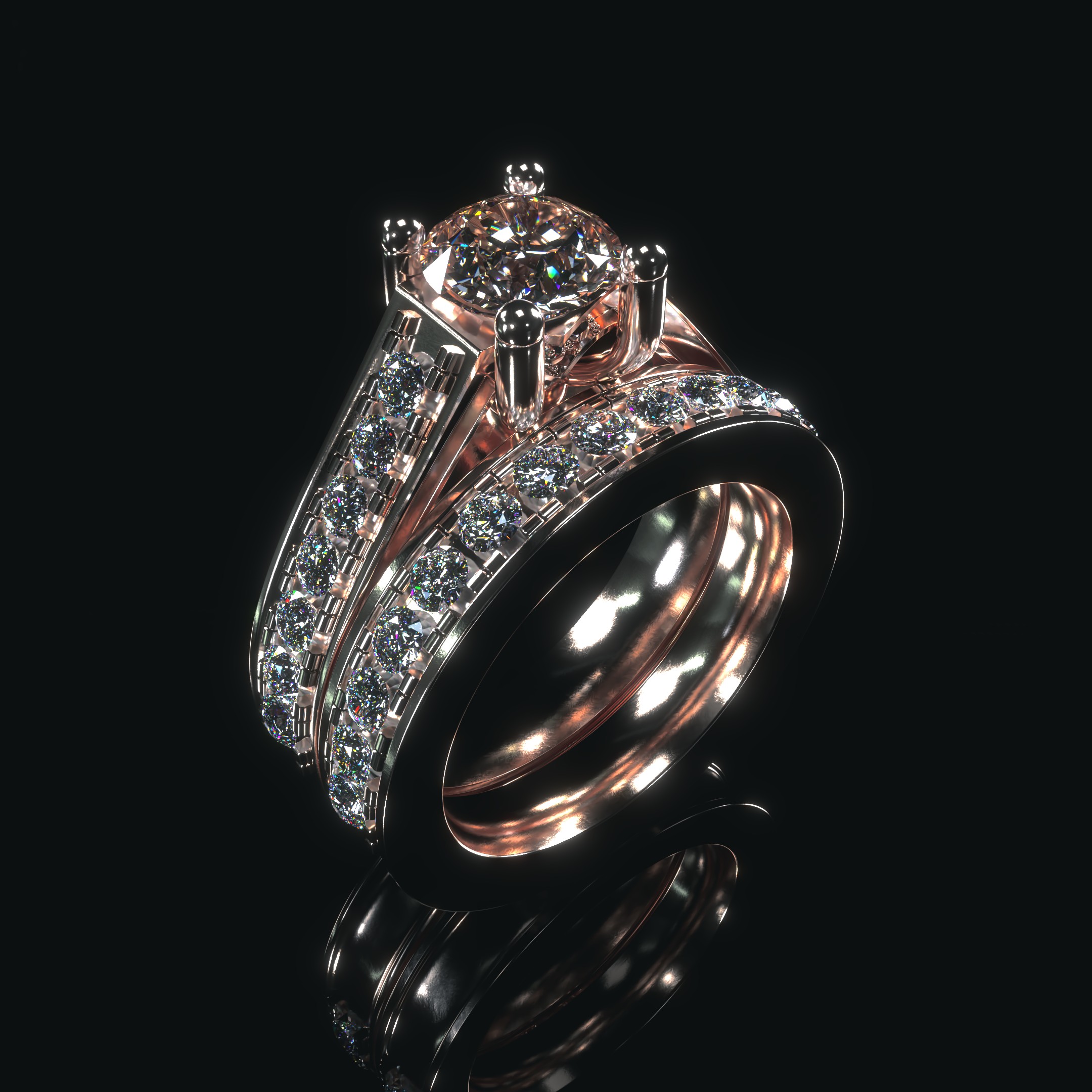 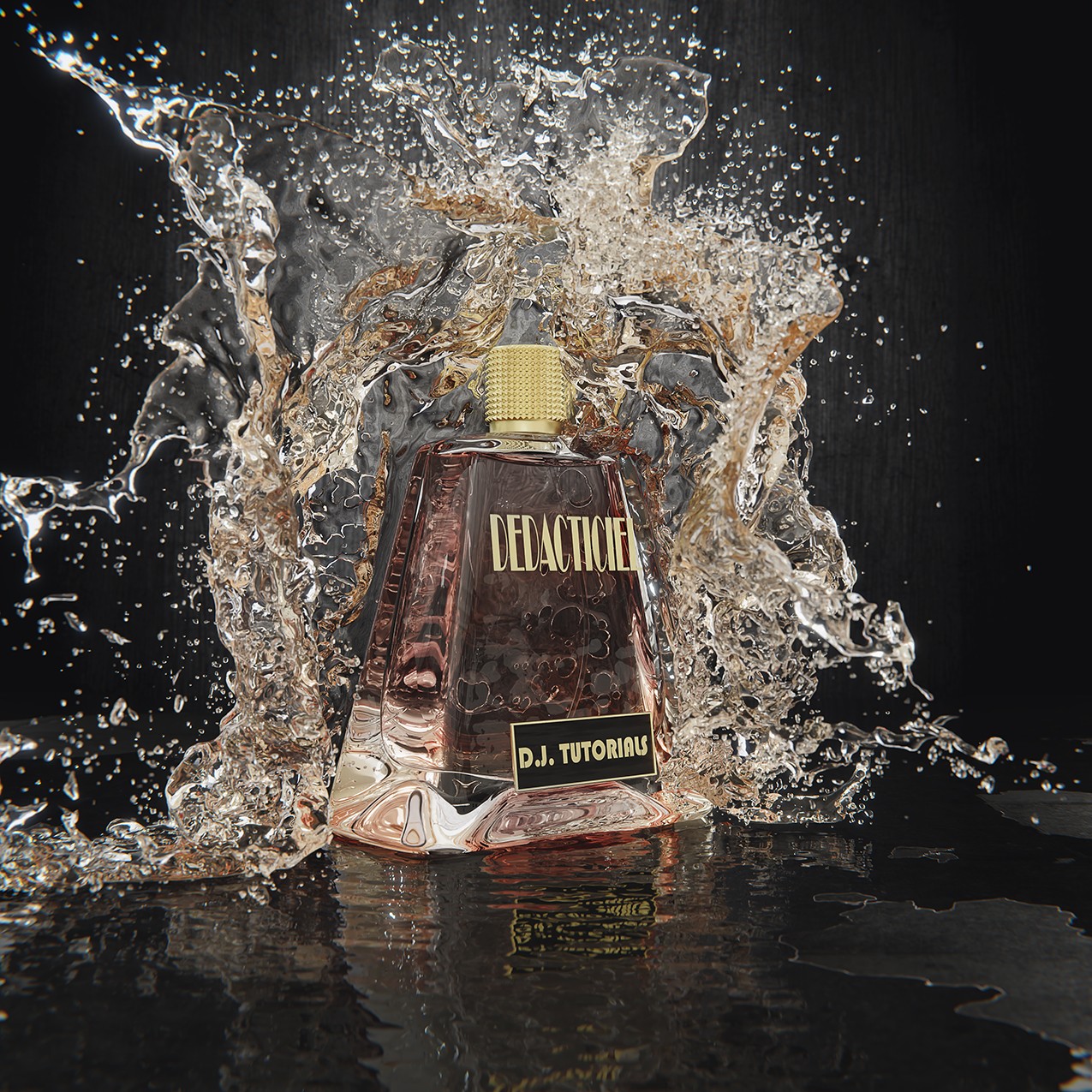