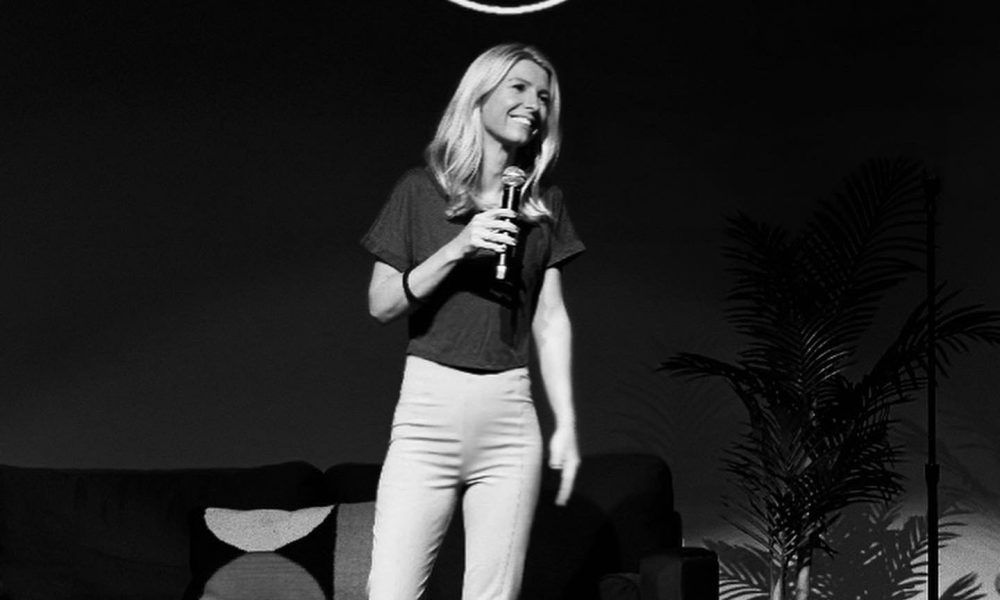 Today we’d like to introduce you to Kimbles Hume.

Hi Kimbles, it’s an honor to have you on the platform. Thanks for taking the time to share your story with us – to start maybe you can share some of your backstory with our readers?
I was born and raised in London, UK, but I’ve lived in California for over a decade. Growing up in the UK, my life revolved around playing sports, performing and writing. I studied marketing at university but was most happy on the tennis court, singing on stage, or prepping the student magazine where I was the first female sports editor and later the editor-in-chief. After university, I went to work for Reed Elsevier, one of the world’s largest publishing companies and worked my way up the corporate ladder. Eventually, I transferred out to Los Angeles and spent six years heading up marketing and events for Variety. I later went on to head brand and media for Dr. Patrick Soon-Shiong, owner of the LA Times and LA Lakers. I was heavily entrenched in everything Hollywood but when my husband and I found out we were having twins, I decided to take some time out of the high-pressure environment and hung up my high heels for high chairs.

Eventually craving more space we left LA and moved to San Diego, where the two of us had met nine years earlier. I stayed home for three years with my boys, pondering my next move between double diaper changes and two times tantrums. I contemplated getting back into corporate marketing but something held me back, I wanted something more creative and authentically me.

My dad was in Public Relations and I grew up watching him anchor his career around humor. Every photoshoot, press release and media crisis he sought to find the funny and he became well-known for it. Humor is what connected us. Every night he would walk in the front door from a long day at the office and have a new ridiculous joke to tell me. The rest of my family often looked back with blank stares (either they didn’t get them, or they were just awful jokes!), but my dad and I would be slapping our thighs like a couple of crazed hyenas.

On reflection, I think it was becoming a parent myself and looking back on these moments that made me realize how much laughter and humor is engrained in me and I began to wonder if there was a way I could make a career out of it. I started putting pen to paper. I began with poems that had punchlines. They were like rhyming jokes. I thought about developing a book of them. They were perfect fodder for toilet reading, I was going to call it ‘A Book of Poo-ems,’ but whilst I was enjoying writing again I was craving a greater human connection. I started thinking about stand up and one evening with my husband, I was a few beers deep and blurted out that I wanted to give it a try. And that was it. Once I say something out loud, there’s no holding me back. The next day I went to The Comedy Store in La Jolla and bribed comedians with beers to tell me some tricks of the trade. The next week I went back, got on stage without a second thought and got some laughs from some terrible jokes. I was hooked.

Cue the grind. Open mics, ‘networking’ (beers with other comedians), late nights, constant writing and rewriting of jokes, the emotional ups and downs of coming off stage after a good and bad sets. Slowly you start to celebrate little milestones along the way, the first booked gig, first paid gig, first out of stage gig, first festival, and on it goes (or here’s hoping…)

As a mum of twins living in the suburbs, my path is very different to other comedians. I hit as many shows and mics as I can each week but there is no denying I’m not on stage as much as my peers. I feel myself constantly finding ways to try and make up for that and make every second count. I caught a break last year when I was talking to someone who had just watched me perform. She liked my comedy, we kept in touch via social media and she later reached out and asked if I would like to produce a comedy show at The Ritz Theater in Escondido.

Fast forward less than a year and I now have my own production company, Kimbles ‘n Bits Comedy. It is one of the fastest-growing, independent comedy production companies in Southern California, producing stand up shows at some of the largest and hottest San Diego venues, including The Ritz in Escondido, L’Auberge in Del Mar, The Belly Up Tavern in Solana Beach, and the San Diego Mission Bay Resort in Mission Bay.

Producing shows has combined my passion for comedy with my expertise in event management and marketing. Kimbles ’n Bits has allowed me to give more stage time to the comedy community I love, but it’s also given me more autonomy over my end goal, my development as a comedian and the desire to become the best I can be.

Would you like to come out and see a show? I’d LOVE to have you come laugh with us!

Thanks for sharing that. So, maybe next you can tell us a bit more about your work?
Stand Up Comedian. I regularly perform at comedy clubs across San Diego and California and have permed as far afield as Colorado Springs, Fort Wayne and Boston, MA. I’ve performed in numerous comedy festivals and competitions, including the San Diego Comedy Festival and The World Series of Comedy in Las Vegas. I was a finalist at the Palm Springs International Comedy Festival 2020.

I’m certainly unusual in the world of comedy. There are established comedians that become mothers and empty nesters that are trying comedy for the first time, but there are very few mothers, less mothers of twins, that are out there hitting the stages at night and the school run in the morning.

Any advice for finding a mentor or networking in general?
My number one tip has always been to smile in the elevator because you never know who’s in there with you. Once I stood on stage and told this to 400 graduates, the next day I was a little hungover, got into the elevator, and on the way up somebody said ‘Well you’re not smiling now. Anyway, my point is positivity. Be a positive person, most of the time at least. 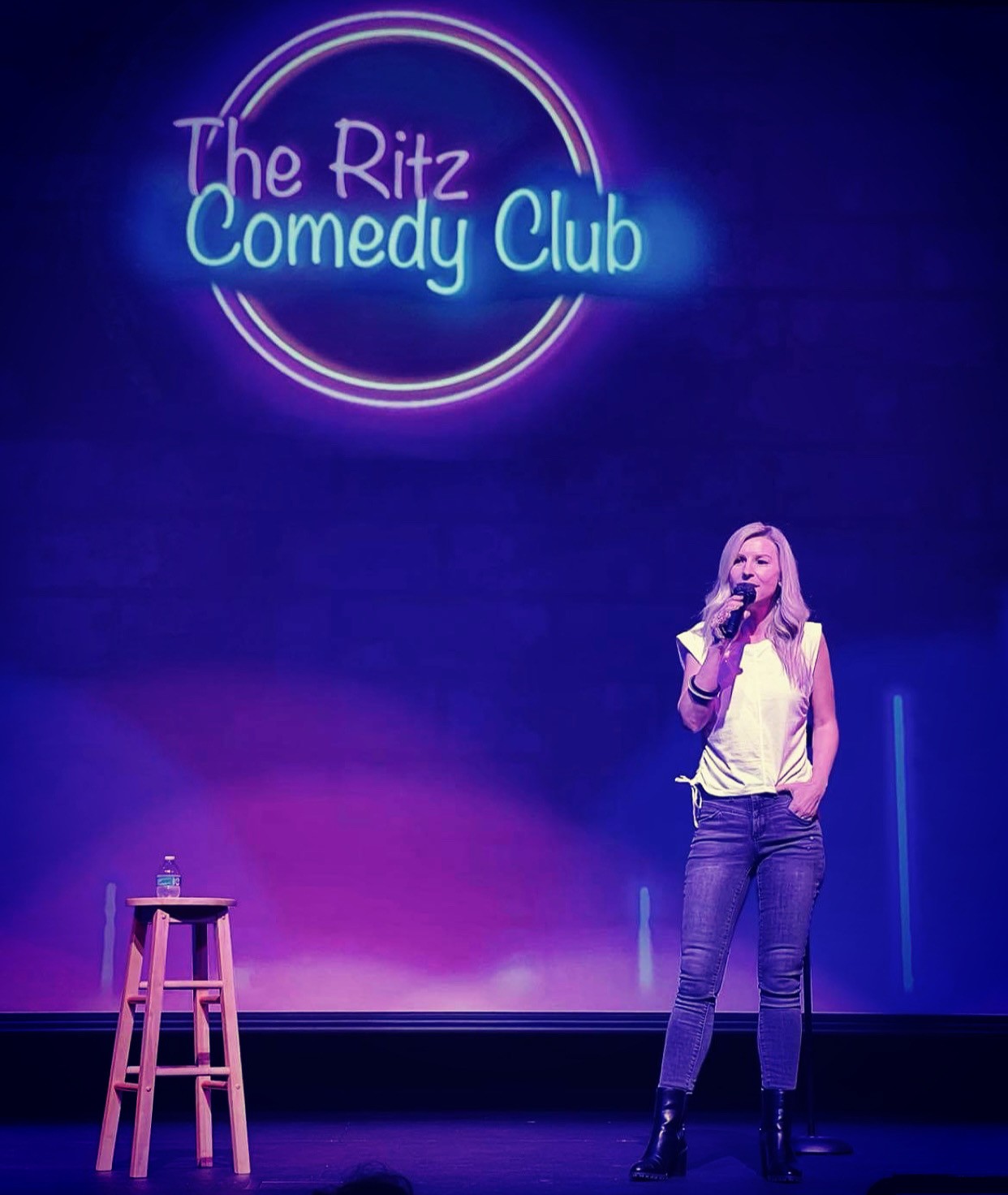 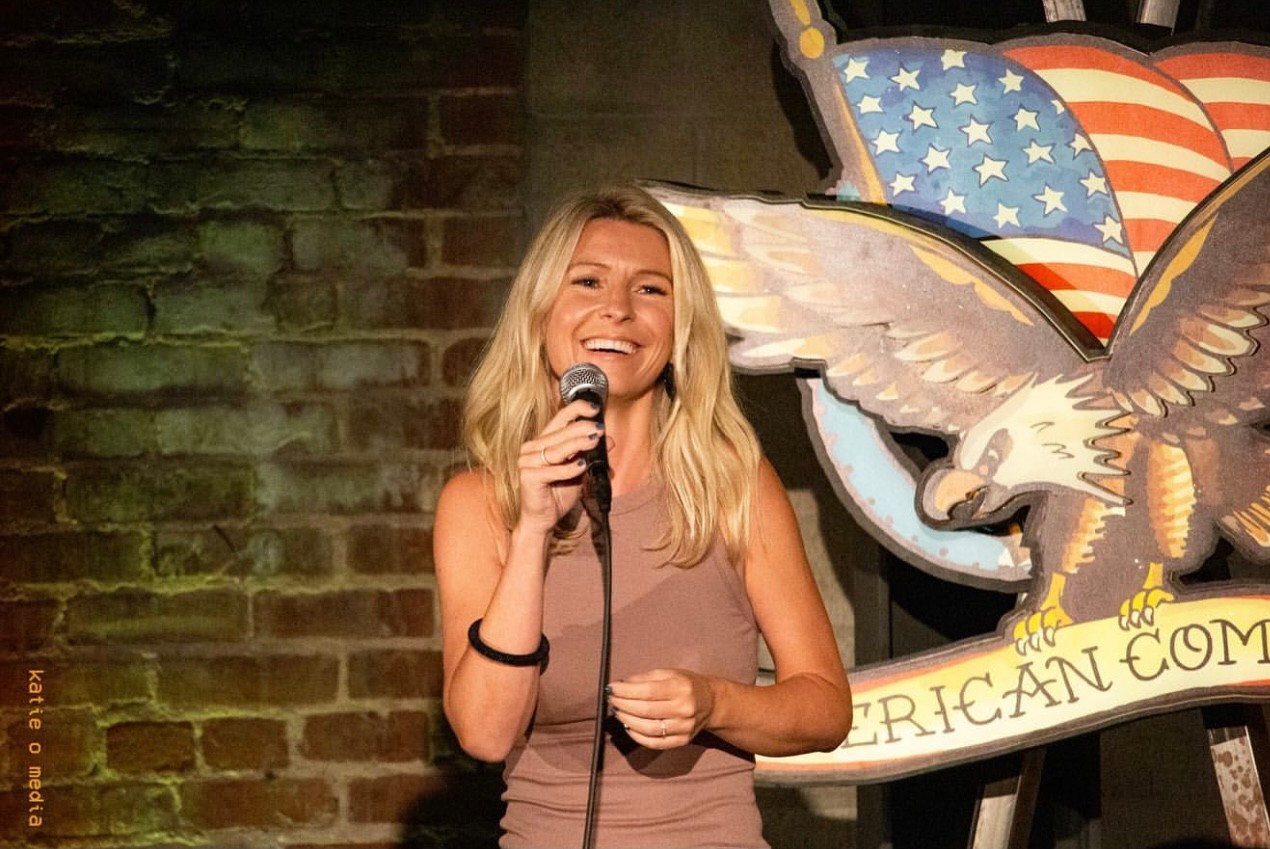 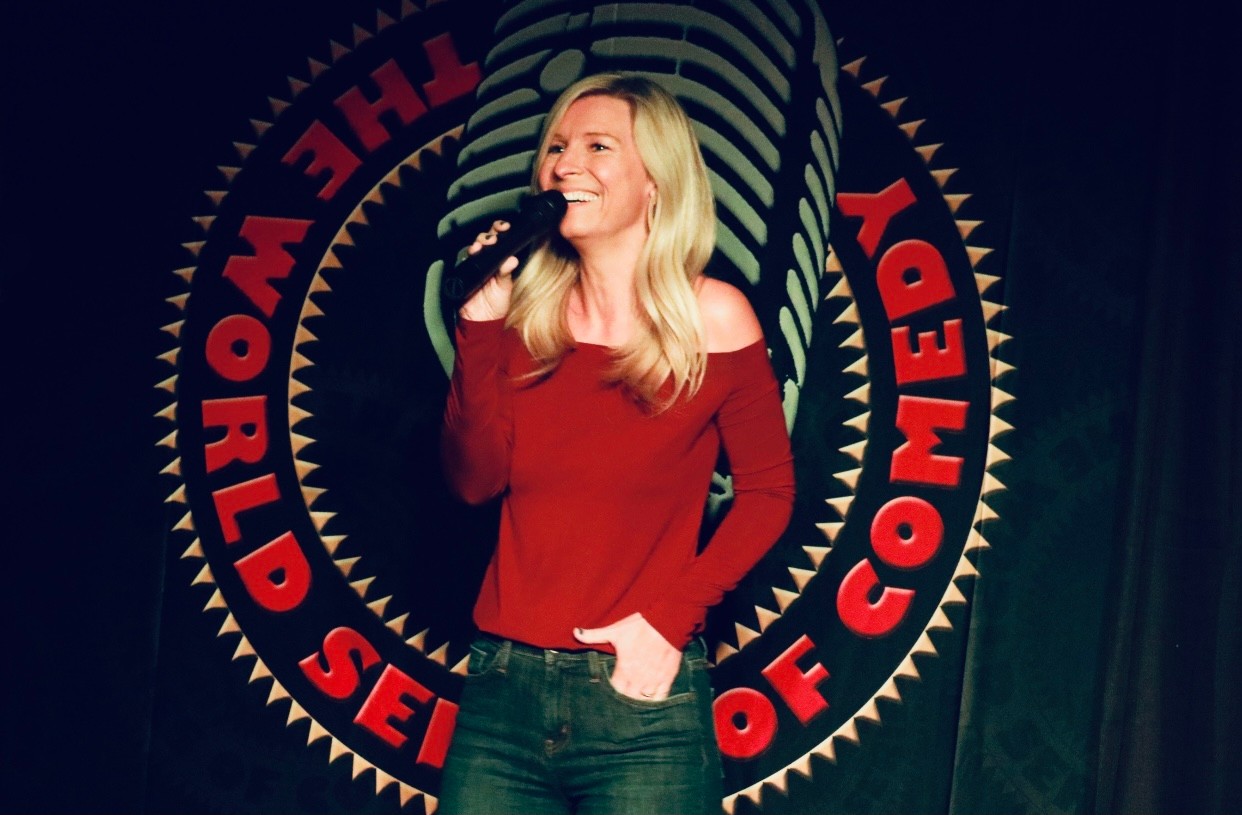 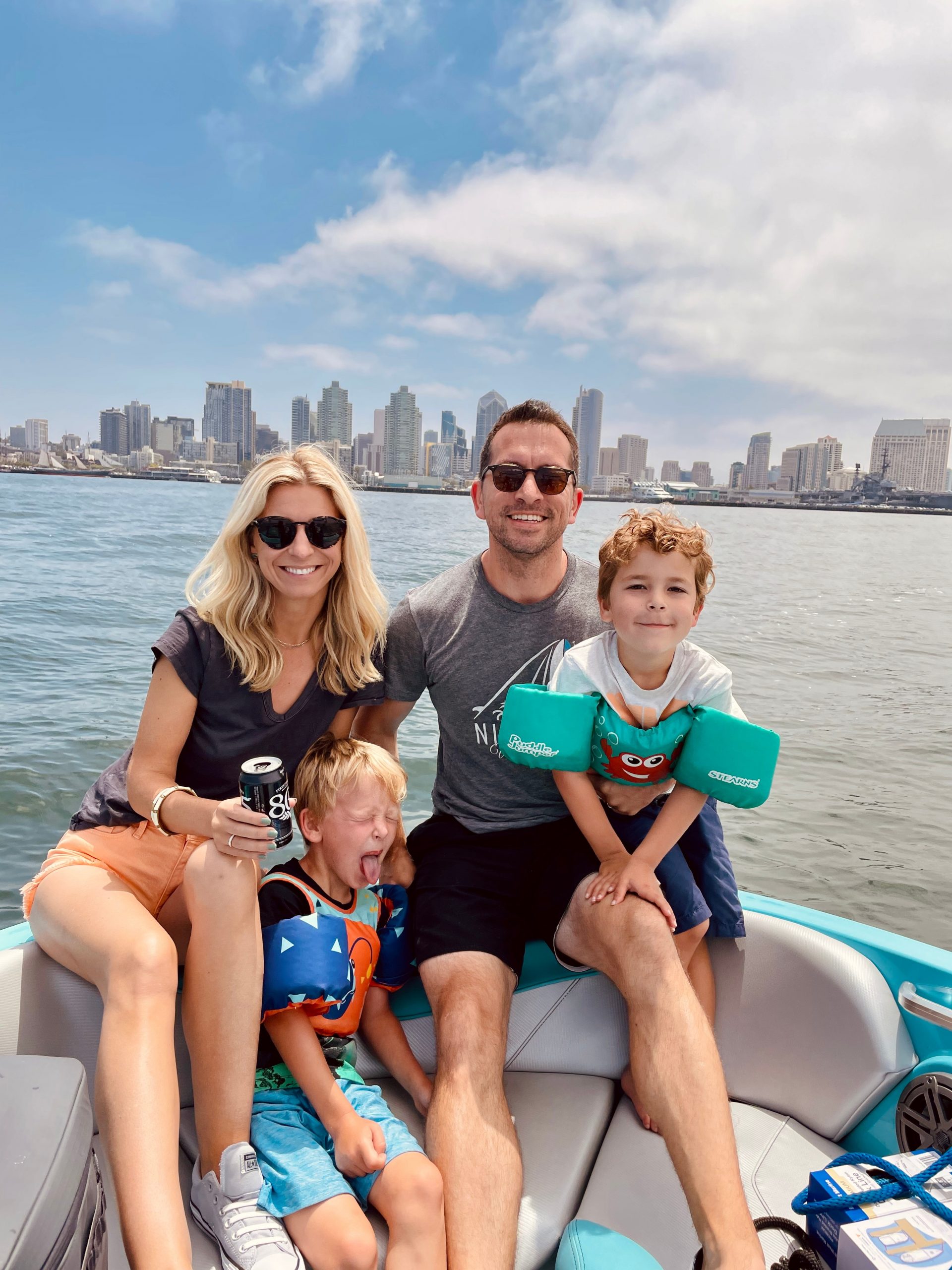 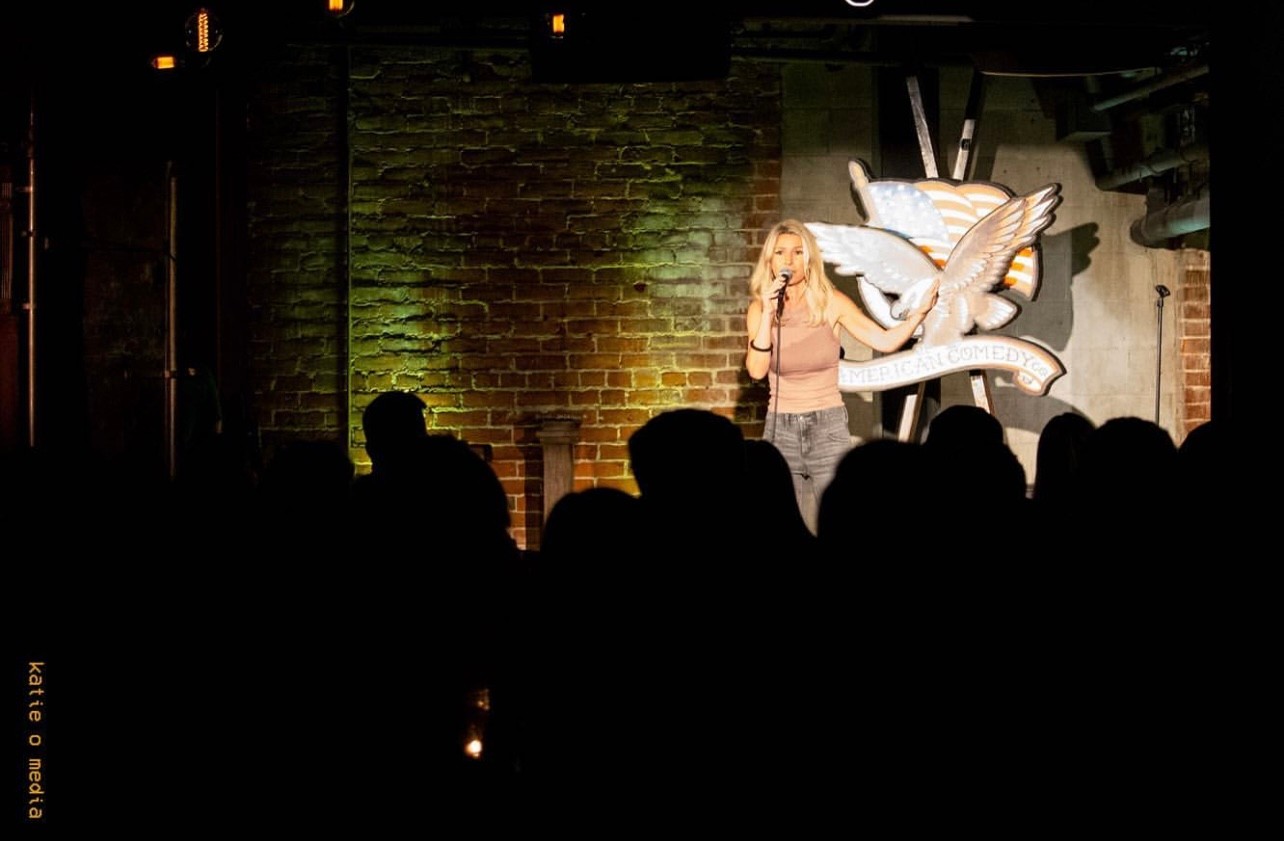 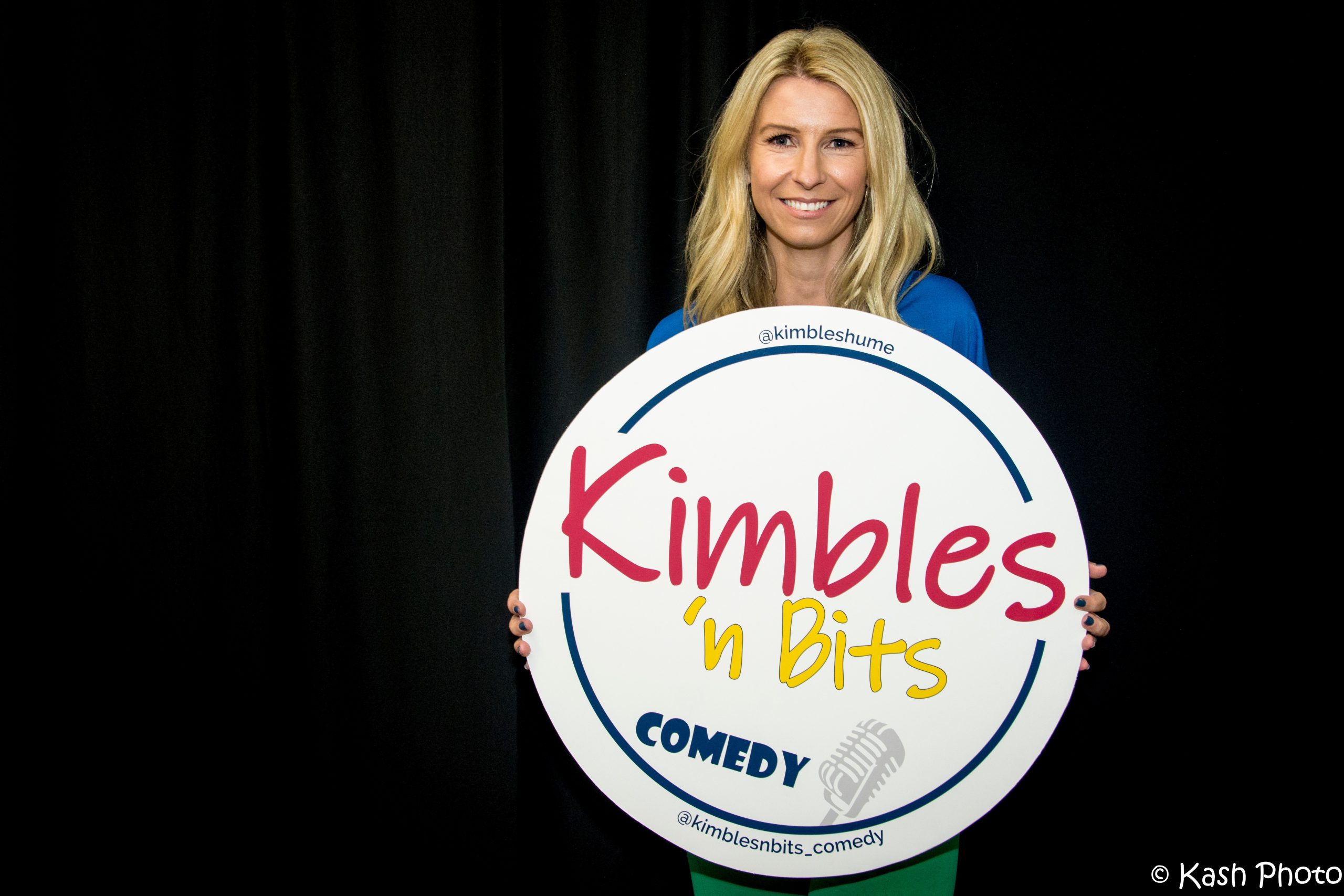 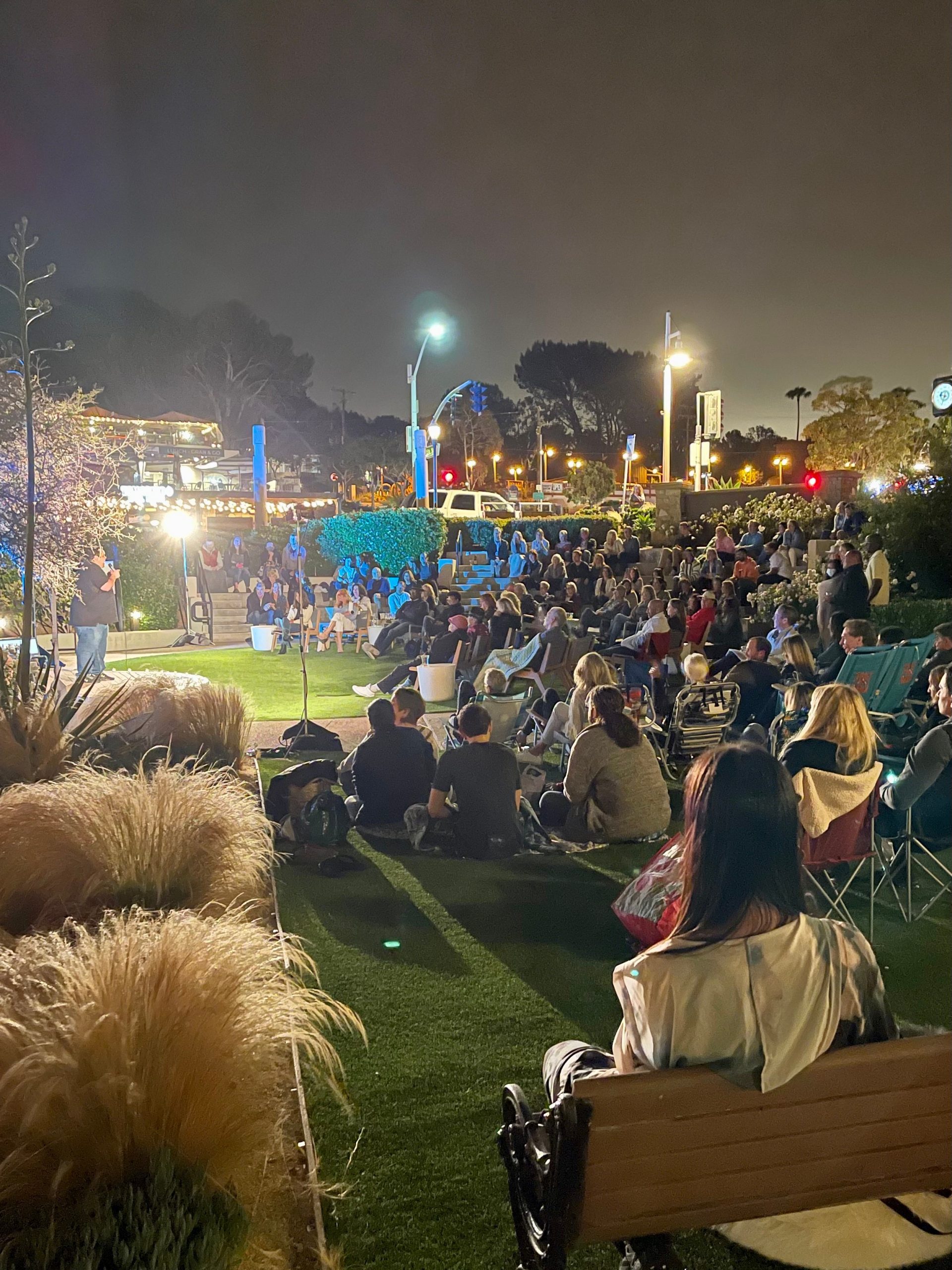 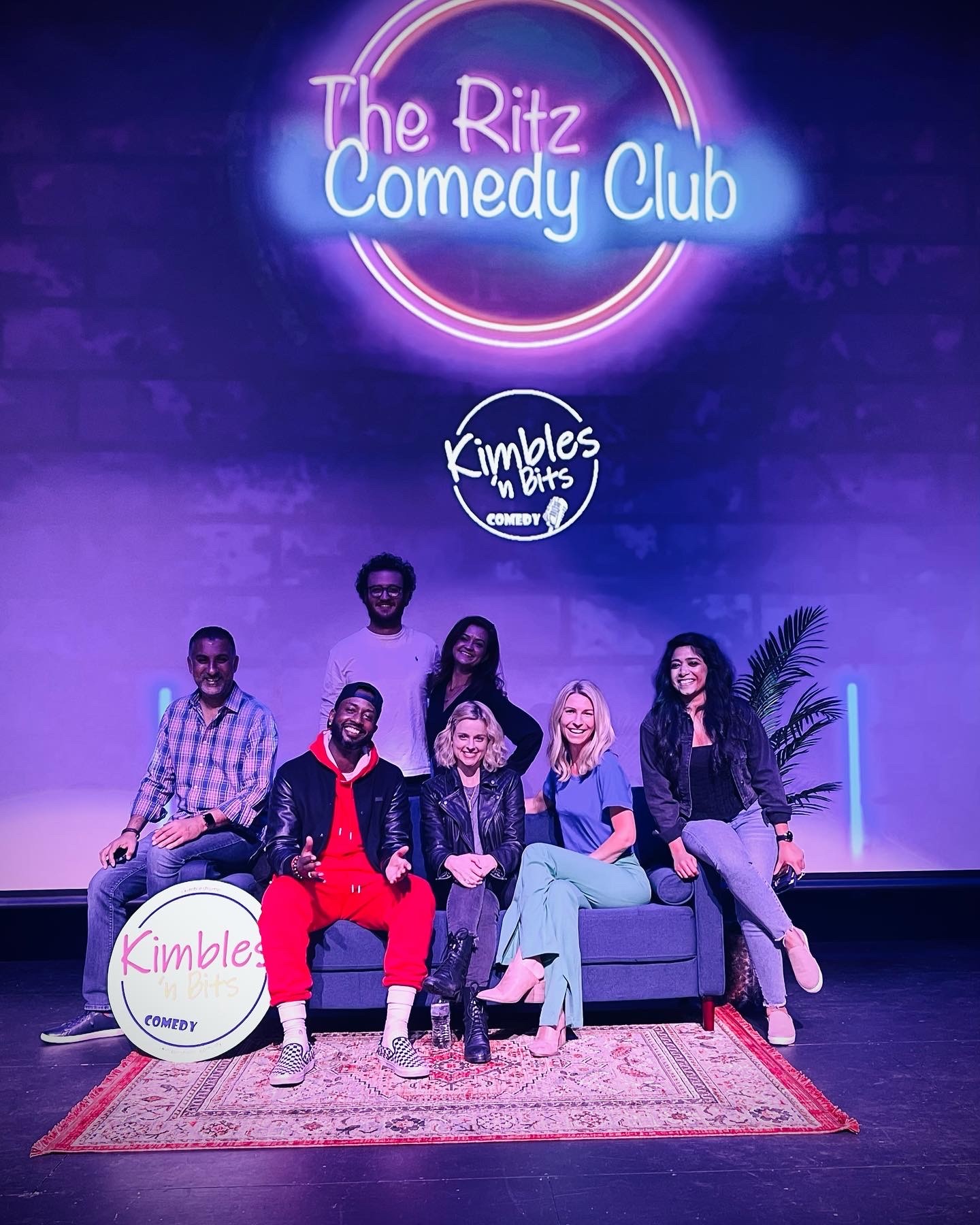 Image Credits
The two of me in American Comedy Club (the brick back wall). Credit: Katie Orchard the one of me backstage holding my sign; Credit: Kash Habib