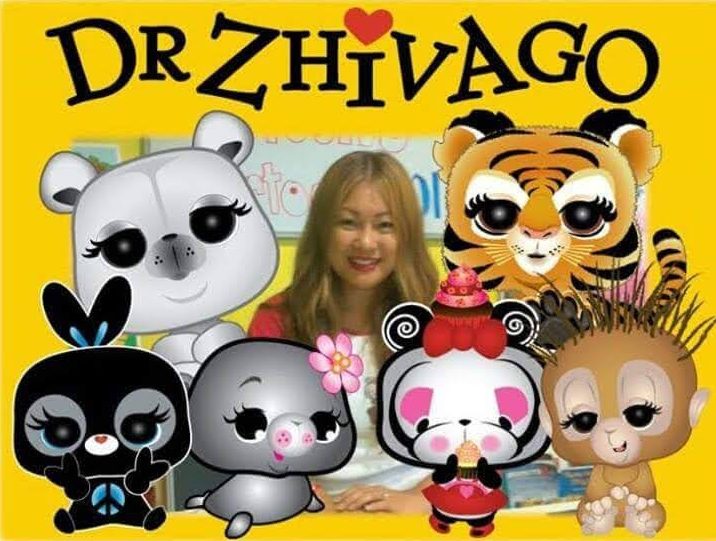 Today we’d like to introduce you to Marie Zhivago.

Marie, we appreciate you taking the time to share your story with us today. Where does your story begin?
My name is Marie Dolopo Zhivago, an immigrant from Philippines through the U.S. NAVY.

My grandfather, Tomas Dolopo was one of the first Filipinos to enlist in USNavy 1903.

He fought in WW1 and was a Prisoner as a retired Veteran during WW2, Japanese Occupancy. They released him and continued to live the rest of his life in retirement as a Veteran of USNavy.

My father Andrew Dolopo, joined the Navy and continued my grandfather’s legacy as a USNavy serviceman during Vietnam War. We joined him here in San Diego County in 1971.

I was only two years old when I arrived and lived in South Bay San Diego all my life.

Chula Vista is now my family’s home town and continue to share our historic military family survival through the years.

San Diego is Navy town and growing up from the 1970s to now, is a fascinating journey of how the South Bay has developed all these years.

We went through a lot of challenges in terms of finances and building the American Dream.

I remember my parents waiting in line for Government Cheese and Food Bank charity. To put food on the table. Buying Swap meet second-hand toys and buying fabric at Yardage Town in National City.

My Mom Aurora, worked two shifts at a Japanese Technology company, “Kyocera,” to afford Piano and Ballet Lessons. She sewed most of our clothes and made our lunches for school.

Dad retired Navy and got a job in the Post Office worked overtime many times to afford our college later in life.

We were latch-key kids in the 1980s and mostly took care of ourselves after school when our parents worked a lot of hours, sometimes coming home Graveyard shift.

After those years of struggling as a Military Family, came the American Dreams come true.

I graduated 1989 with a Degree in Fashion & Design from FIDM, Los Angeles. Then double majored in something totally opposite of Art, “Surgical Technology.”

I did both Surgical and Design to afford my home in Eastlake with my supportive husband.

Worked in Surgery in the day shift and at night I was busy designing my T-Shirt Line, “Enviro-Babies,” in 1996.

I don’t know how I did it but managed to help Surgeons save lives and go home to a newborn baby creating Cartoons on my computer until 1 a.m. I did this from 1996 to 2011.

I guess if you have a mortgage to pay, babies to care for, and a passion for Graphic Design, you just do it all the best you can to survive.

My Parents and Grandparents didn’t sacrifice for nothing, so I built that American Dream!

While working in Surgery, the surgeons nick-named me, “Dr. Zhivago,” After the Movie, “DOCTOR ZHIVAGO.” That name stuck to me and I could not escape my real marital name.

I retired Surgery in 2011 and began my passion for writing a book called, “The Sakura.” It’s a Fictional Children’s Book based on Japanese Folklore. My Grandfather’s Historic Event as a WW2 Prisoner had impacted me a lot.

Had he not be released as a War Prisoner? We would not be here in San Diego at all.

A Principal, Dr. Banatao at my kid’s school asked me what I did? I told him I am a Children’s Book Author. He approached me to teach his students at Eastlake Elementary School a series of Basic Visual Graphic Design using 25 Apple iPads a local Nonprofit fundraised for Title One Schools. The program was Eastlake Educational Foundation that had Local Businesses fund schools with Technology for S.T.E.A.M.

I agreed to teach After School Cartoon classes, Under the Pen-Name Dr. ZHIVAGO!

I also transformed my Children’s Book, “The Sakura,” into a Theatrical Play, performed by Montgomery High School Drama class successfully.

The American Dream continued to flourish in Public Service Sector. I became a Vice Chairwoman, Commissioner of Cultural Arts City of Chula Vista while teaching VAPA. Assisted the City in the Master Arts Plan Development. And served many Boards in the Arts.

Teaching Arts is one thing, Entrepreneural Spirit is another.

After many years of Arts Education, I put my beloved Enviro-Babies Cartoons in the back burner.

During the COVID-19 Pandemic, I made a tough decision and decided to retire Education and restart Cartooning as a Cartoonist where I began my first passion in Design.

Here I am Dr. Zhivago the Cartoonist, with Education as my Foundation.

One of my favorite San Diego Cartoonists is Dr. Seuss. I hope to follow in his footsteps and Inspire Artistic Children in the Wonderful World of Art.

We all face challenges, but looking back would you describe it as a relatively smooth road?
Growing up in the Military in the 1970s we dealt with financial hardship.

Sometimes my parents had to work 2 shifts to afford school supplies, food, and fun classes for us.

I also have a learning disability, “Dyslexia.” Growing up. I didn’t read until Second Grade and Third Grade had issues writing.

So, writing a Children’s Book was a challenge I wanted to face and finish as an Adult.

I am so happy I had Literal Support Teachers in Military Base Schools to help me read in the late 70s and 1980s.

This influenced me to be a Published Author and Arts Teacher.

As you know, we’re big fans of you and your work. For our readers who might not be as familiar what can you tell them about what you do?
I am a Children’s Book Author, Professional Cartoonist under the Pen Name, Dr. ZHIVAGO…

I specialize in Digital Media Arts 2D and 3D Design.

A Teaching Artist and Arts STEAM ADVOCATE to Empower Youth in Digital Media Arts Since 1996.

I have over 26 Years of Teaching Visual and Performing Arts Educational Program, San Diego.

Any advice for finding a mentor or networking in general?
Mentorship works.

Working under the wings of an experienced Guide helps Empower the Youth in Mindful Opportunities.

When you help become the Voice and Vision of someone who is just starting, this aides in their abilities to become braver and outspoken within their community.

My best advice is to ask a lot of questions and use the World Wide Web to explore!

You are never to young nor old to learn new things!

Education is a stepping stone, the real deal is to; See One, Learn One, Do One then Teach One.

Break out of your box and make your DREAMS COME TRUE! 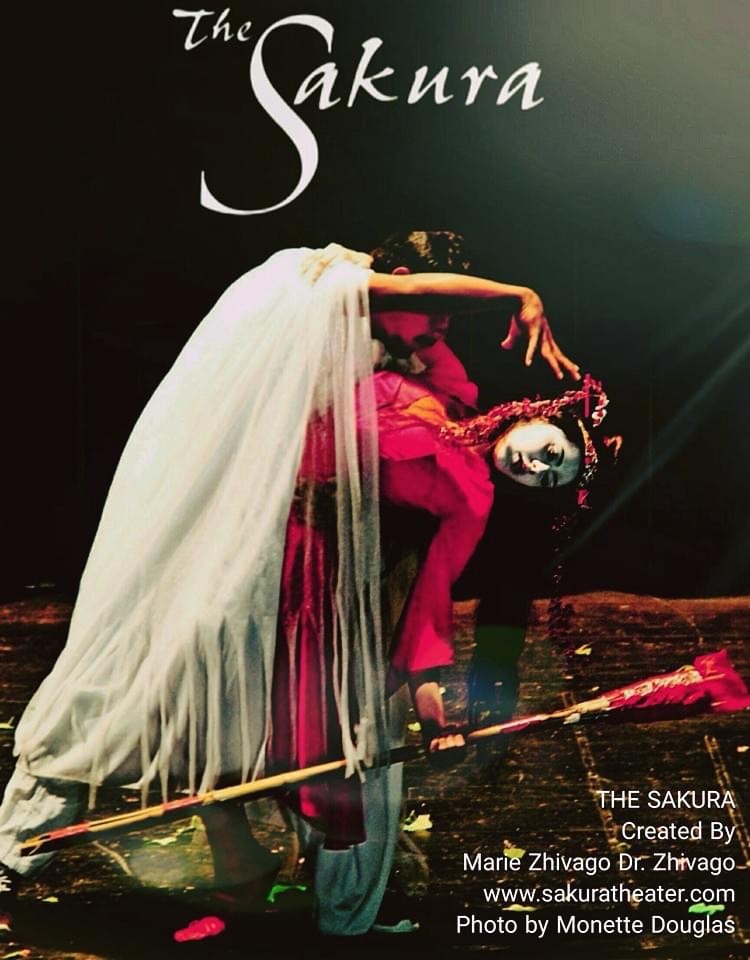 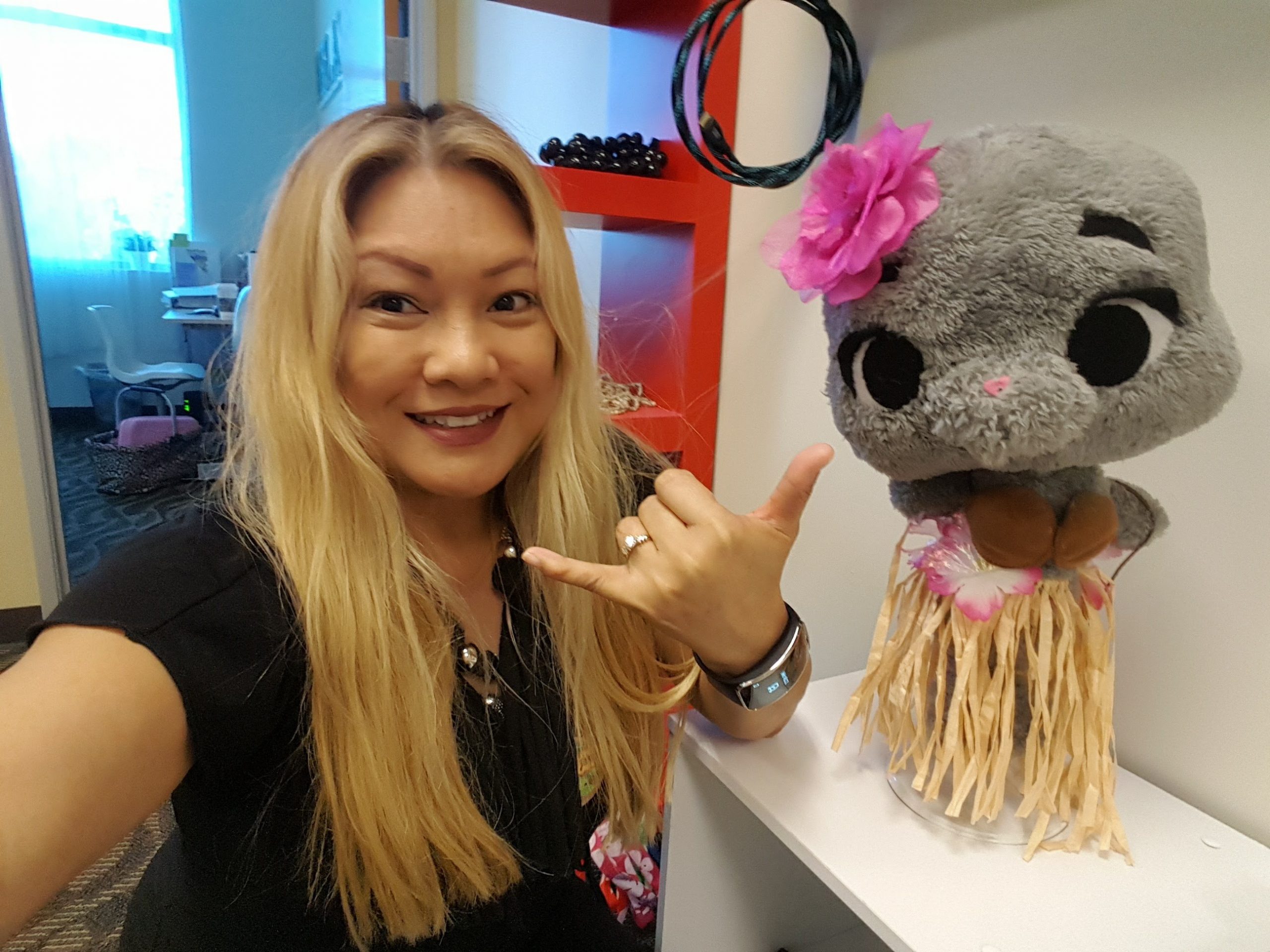 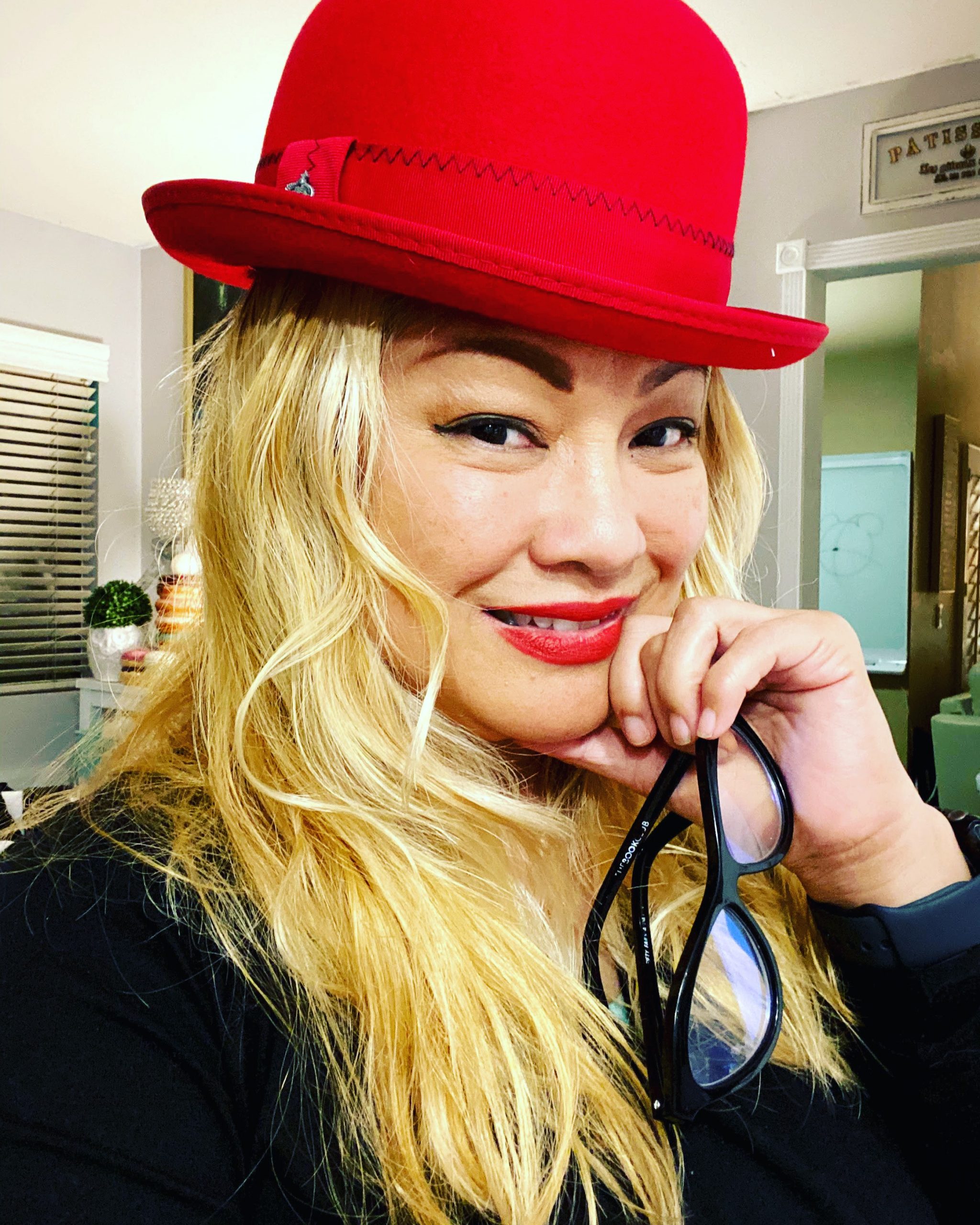 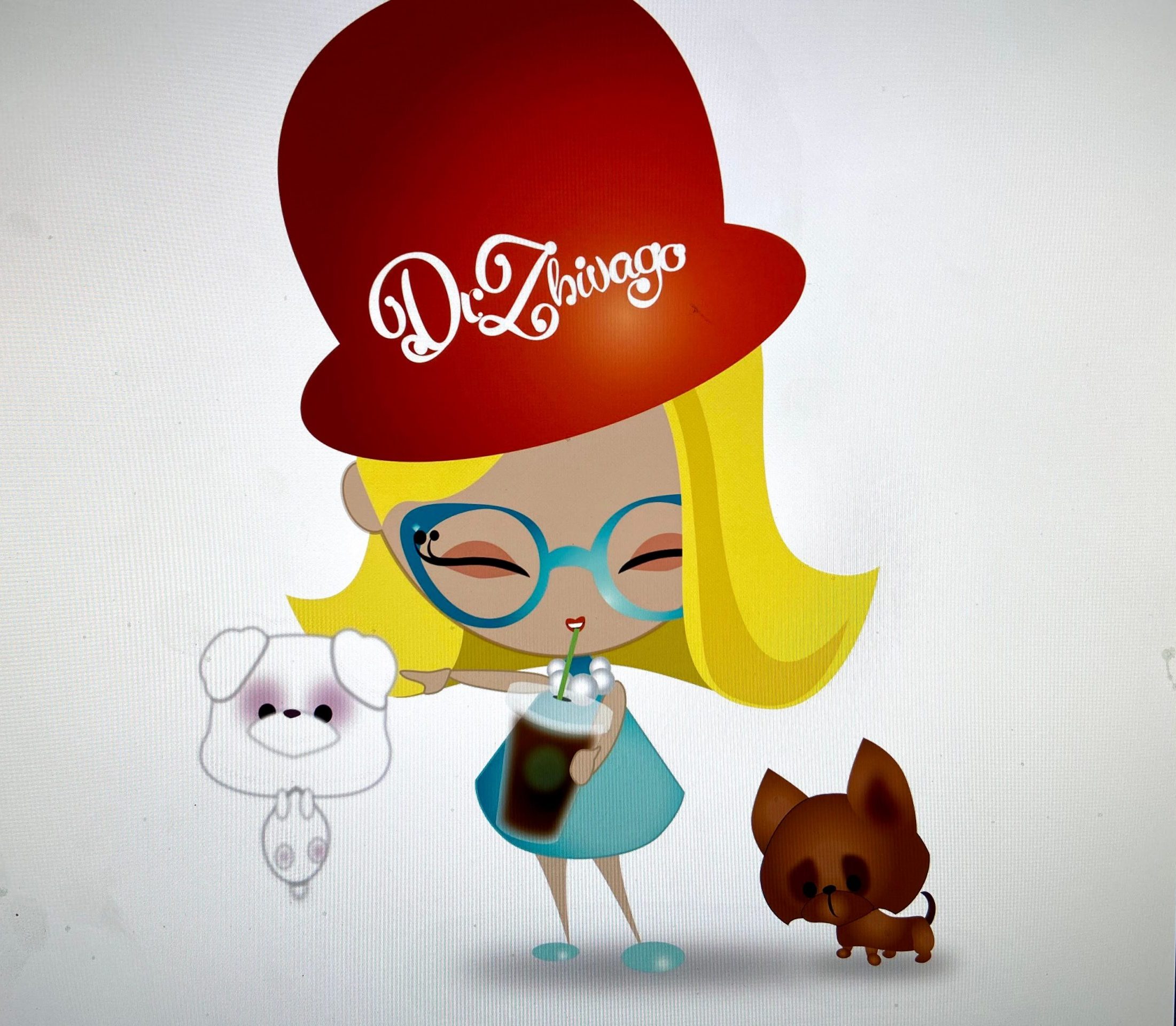