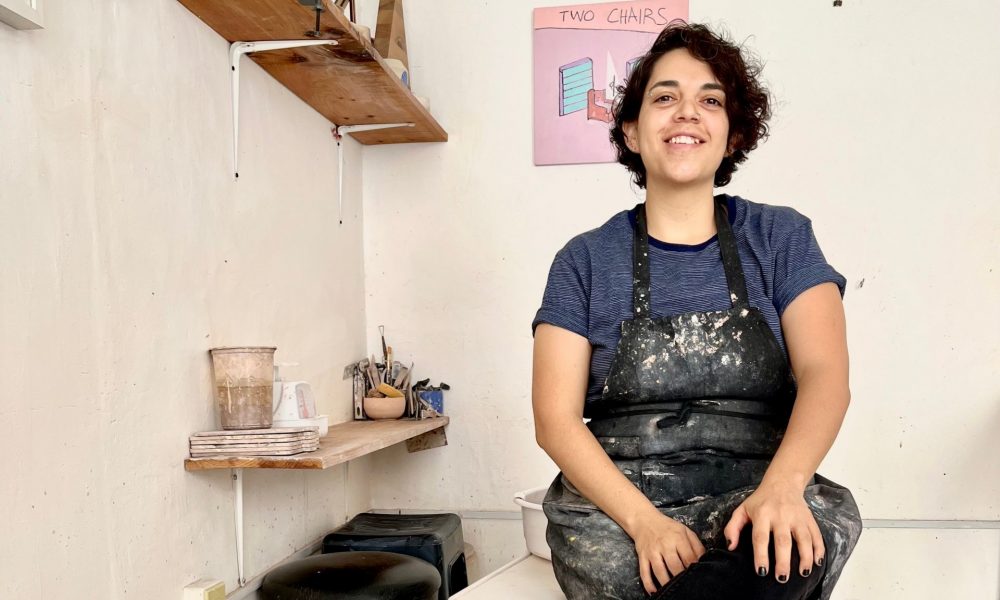 Today we’d like to introduce you to Mercedes Orozco.

Hi Mercedes, thanks for sharing your story with us. To start, maybe you can tell our readers some of your backstories.
I was born and raised in Mexico City and landed in San Diego after living briefly in Ciudad Juarez and Tijuana. My dual nationality and split identity have been a source of reflection and creativity ever since. I first got started in ceramics during my junior year of high school and fell in love right away. I continued an amateur practice for a few years in high school, then a few more during college. But Mexico called me, and I moved back to start art school with a photography and contemporary art focus, so ceramics was put on the back burner. I moved back to the States after school and started freelance work in the film industry in Portland Oregon. I lived in an art community for five years in Portland and eventually became the creative director of the three galleries there. My time directing became the beginning of a new path as art curator and gallery director, which eventually led me to open my own gallery, which was focused on highlighting the voices of black and indigenous people, people of color, queer and trans artists. Curating was one of the best things I’ve ever done, but there was something about my own practice that called me. When I finally decided to find my own creative voice again, it’s as if ceramics had been patiently waiting for me to come back because it became all I thought about. When a friend of mine sold me her small kiln, fate took the wheel and drove me back to Mexico to start my little company- LODAZAL Ceramics. I continue to jump back and forth from Mexico and the States, which has allowed my project to be as bi-national as I am.

Can you talk to us a bit about the challenges and lessons you’ve learned along the way? Looking back, would you say it’s been easy or smooth in retrospect?
I started LODAZAL Ceramics very shortly before the pandemic began. I was still exploring and playing around informally when we went into lockdown. And despite the horrible things that occurred during the past few years, for me, it meant I could focus on my practice without distractions, and folks sitting at home were suddenly wanting to put something up on the shelves they were now suddenly staring at. I’ve been tremendously lucky, and it’s felt like universe has given me a clear path to keep doing what I love. There’s obviously struggles, like some lost pieces (like a LOT of pieces), or creative challenges, but nothing that didn’t turn into a sold lesson in the end.

Thanks – so, what else should our readers know about your work and what you’re currently focused on?
Right now, I’m specializing in functional ceramics with minimalist forms adorned with bold colors. I love wrapping geometric shapes around clean and simple silhouettes. I’ve really enjoyed taking the organic nature of ceramics and fusing it with modern, bold, and playful aesthetics. I’m proud to have found a way to connect my love for illustration and graphic design with functionality, which I believe to be what sets my style apart from other potters’.

What has been the most important lesson you’ve learned along your journey?
In ceramics, the biggest lesson has always been to let go- some of your favorite pieces will break at any stage of construction, and there’s not much to be done except to get them go and start again. I learned this very early in my ceramics journey, and it’s continued to show up both in and out of my workshop. Letting go is also present in my personal life as I move from place to place, so whenever I have to remember to let go, I am thankful for the familiarity of the task. 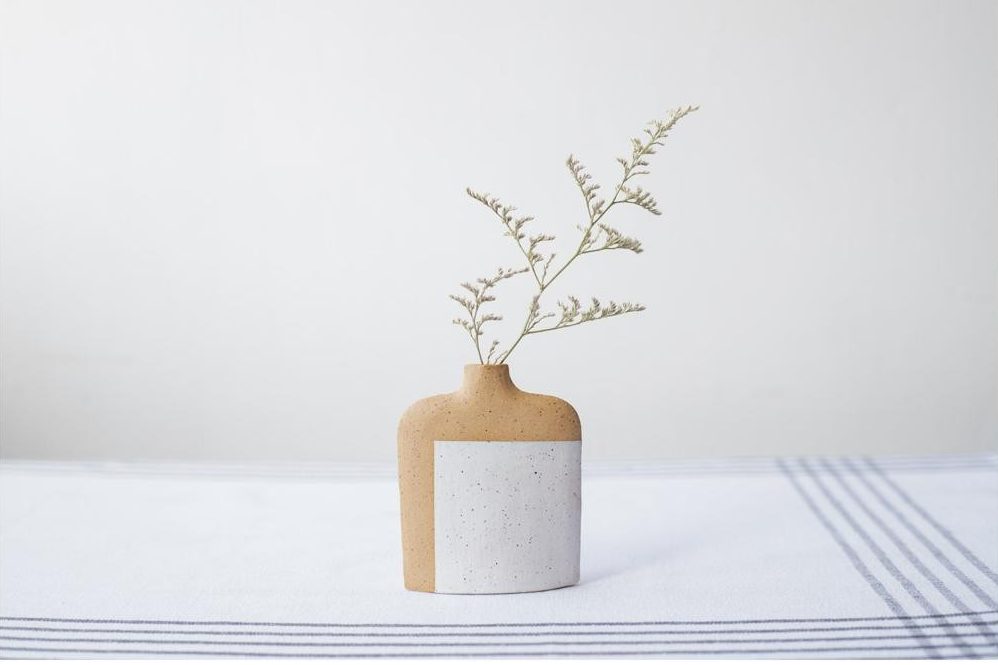