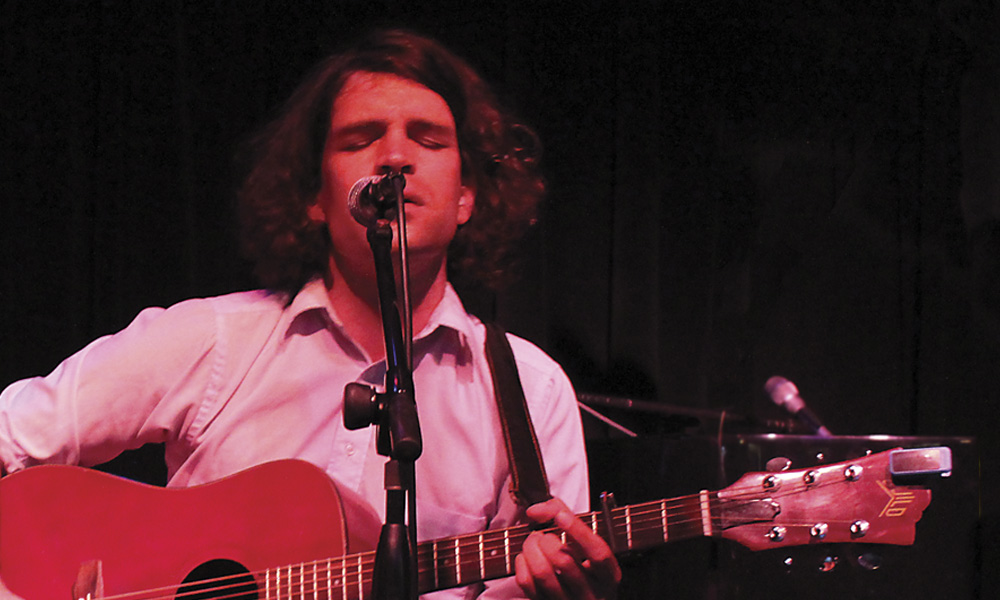 Today we’d like to introduce you to Sean Michael Robinson.

Sean Michael, we’d love to hear your story and how you got to where you are today both personally and as an artist.
I was in Kindergarten when I first thought of myself as an artist, or at least, first noticed that the things I did for my own enjoyment could have an effect on other people too. Closing my eyes, a giant stick in my hands, scratching drawings into the playground sand and then divining my classmate’s futures by the strange marks. Or the frenzied first experiences with life drawing, drawing classmates with careful crayon carvings on cream-colored construction paper. And the intervening decades have been filled with more marks and doodles, with learning new instruments and writing songs and playing in bands, scribbling stories and observing people, and seeing how these activities did and didn’t interlock, or feed each other.

As an adult, I’ve learned to recognize the commonality in these pursuits and the chief differences. Namely, the differences between planned art making—architecture, illustration, shoe-making, anything where the conception is developed to fulfill existing criteria—and responsive art making. The spontaneous, the unplanned; making a mark and following it all the way into the furrows of the paper.

These differences have been really vivid for me over the past decade, as I’ve had to bounce back and forth. With the majority of my work time occupied with my illustration, the planning mode becomes most dominant—and I turn to the responsive art making as a relief from that mindset. Splashing out a watercolor as quickly as possible. Say, with only three tubes of paint. In half an hour. In fifteen minutes. With a wet brush and a pack of my kid’s conical-tipped washable markers. The more limited, the more relaxing mentally, the more responsive I am to the moment.

We’d love to hear more about your art. What do you do you do and why and what do you hope others will take away from your work?
I’m an illustrator and cartoonist. My first book, DOWN IN THE HOLE, co-written with Joy DeLyria and illustrated by me, came out in 2012 from powerHouse books. Most of my work time these days is occupied by illustration and the print production work I do. I also paint fairly wild, uninhibited mixed media paintings, mainly as stress relief. I’m also in a band, the Summer Januaries, where I write half the songs and sing and play guitar and drums and piano and flute and a few other things. We’re constantly writing and recording and for several years there that was my chief source of income. Busking mostly, on street corners all around the Pacific Northwest and in Italy, at farmers markets and festivals.

I don’t think there IS such a thing as inspiration, and I don’t know if a concrete message really makes good art in general. Certainly, the art I enjoy most is not particularly didactic or focused on one particular message. I find that the most satisfying work can seem to remain at a distance, seemingly meaning SOMEthing, but a specific meaning remaining elusive.

That being said, as an illustrator, I’m called on to express other people’s ideas, even when illustrating my own writing. And in that mode, I’m more receptive to communicating a specific idea, even if I still think ambiguity is something to strive for in a lot of areas.

Have things improved for artists? What should cities do to empower artists?
It’s no secret that the Internet has disrupted a lot of things, and boy howdy, is it an odd world out there for independent artist and musicians! In a world where most anything can be reproduced, in some form or another, on a screen/in a box, infinitely, in a world where a century of recorded music and several centuries of paintings and drawings and printed matter are at our fingertips at any time, it can be difficult to rise above the sea—just swarming sea—of media, all around us. We’re inundated, really. But the inundation, and the increasing social distance we have from each other—really do lead to other opportunities. Several years ago, when I participated in group gallery shows more frequently, I found that much to my surprise, I could have a much more effective (i.e., lucrative, more audience-involving) show by turning it into a kind of performance. Drawing or painting live. Live timed portraits of gallery attendees. Things that bridged the distance between us. Not just making art in isolation, hanging it on the wall, and expecting someone to react. Which is, it has to be said, not that dissimilar to the distances that now present themselves with the ubiquitous usage of phones, etc. When there’s a real-life person, directly in front of you, staring into your eyes intently and scribbling frantically to capture your facial features on paper in front of you, that’s a compelling experience that’s completely different from the distanced interactions that have become the norm in our world.

Which is all to say, when the world changes, there’s always going to be some new opportunities as well.

Do you have any events or exhibitions coming up? Where would one go to see more of your work? How can people support you and your artwork?
I take portrait commissions and illustration work through my website LivingtheLine.com. I’m always happy to illustrate someone’s show poster or novel or comic or baby book or…anything really. This past May I even drew a fully-painted 60-page comic for a company that coaches people on how to get into the MBA programs of their choice! 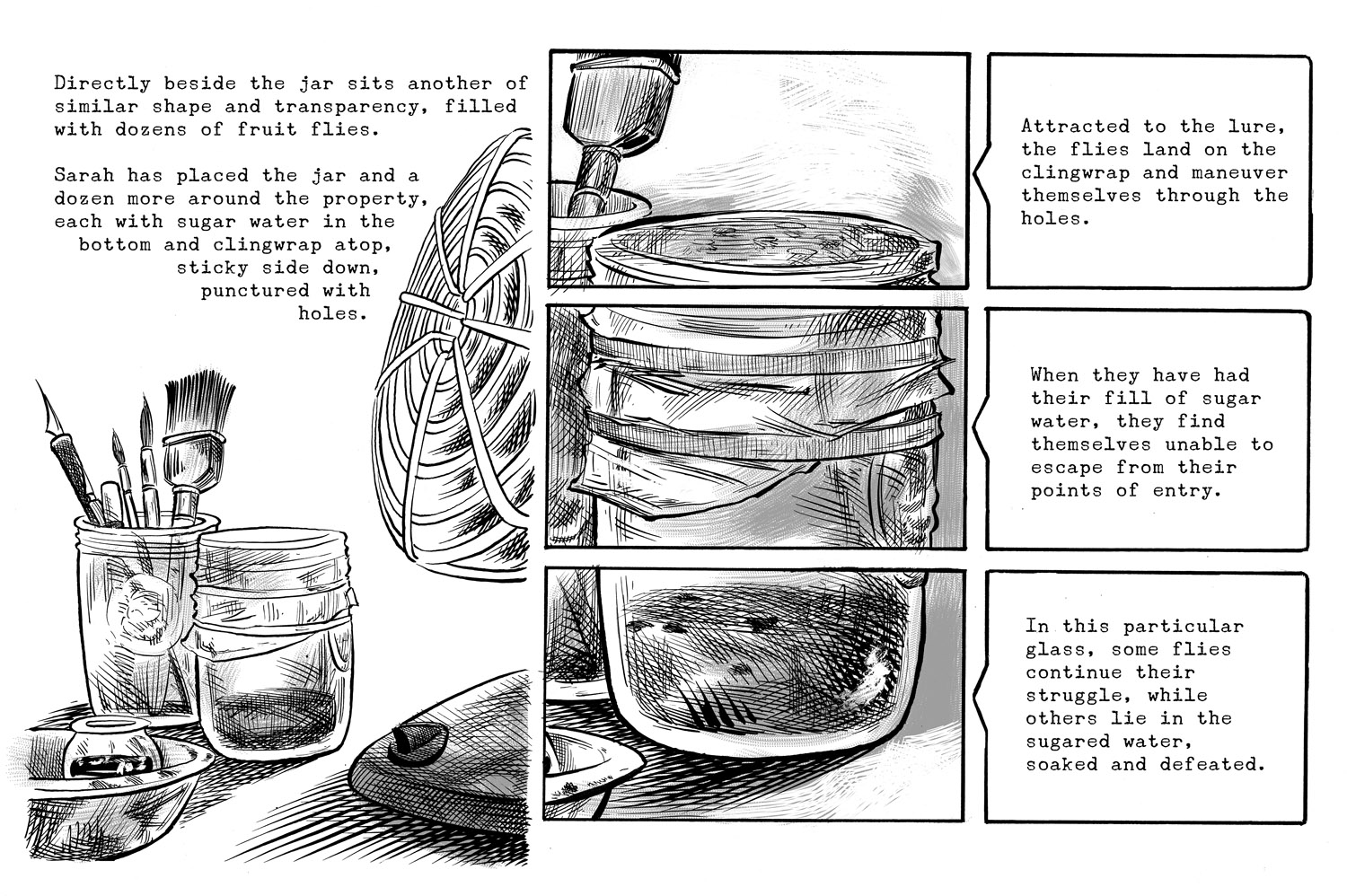 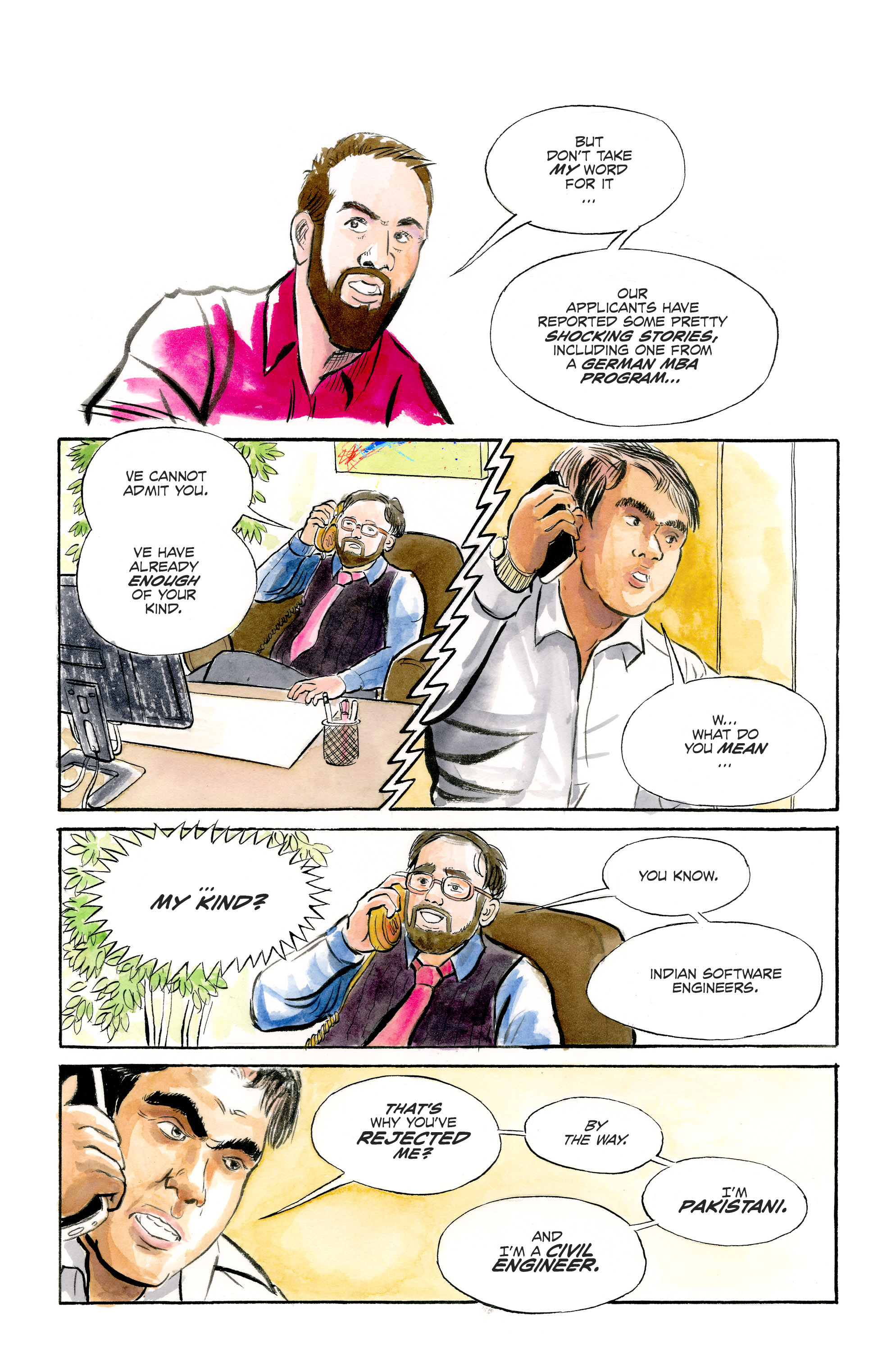 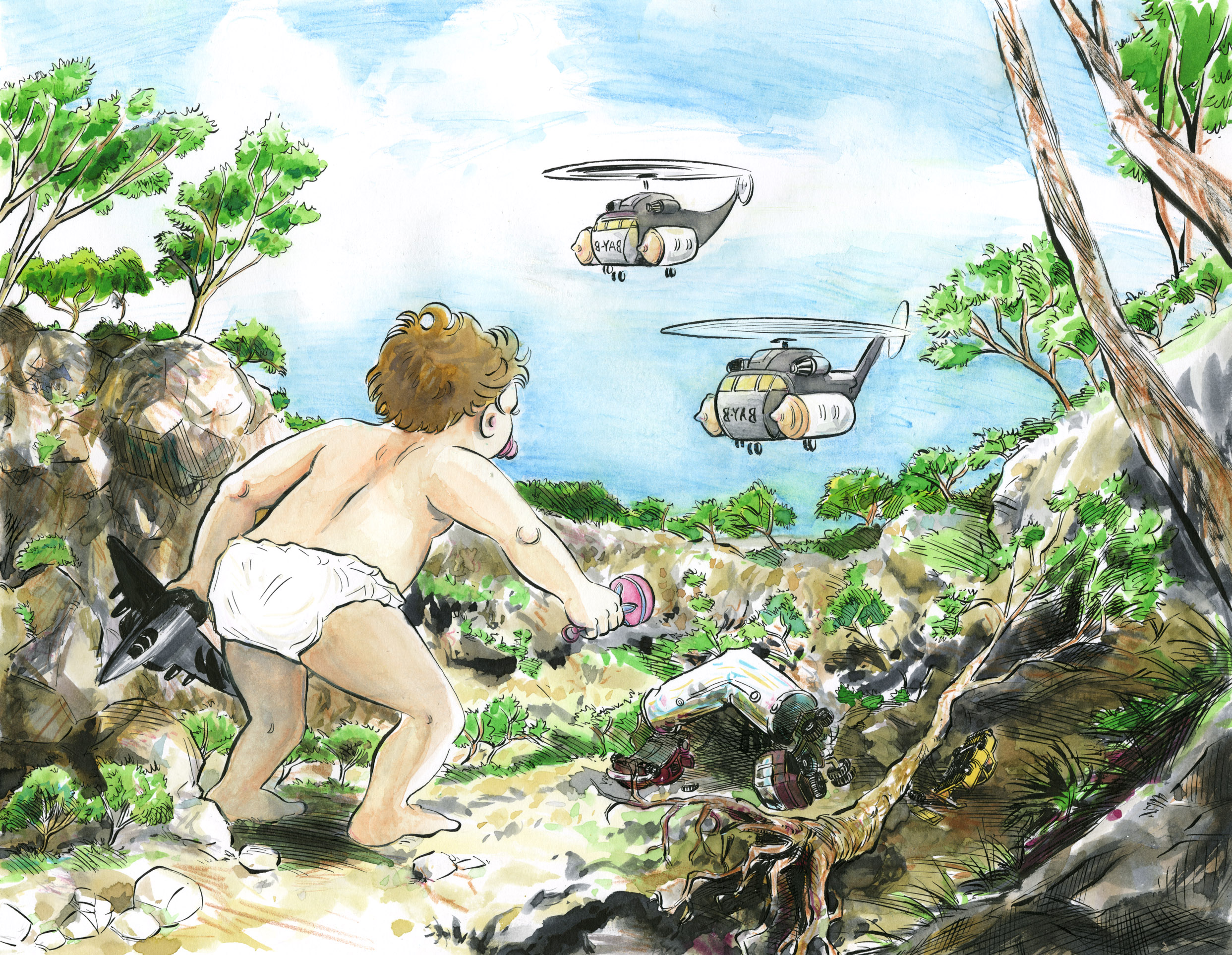 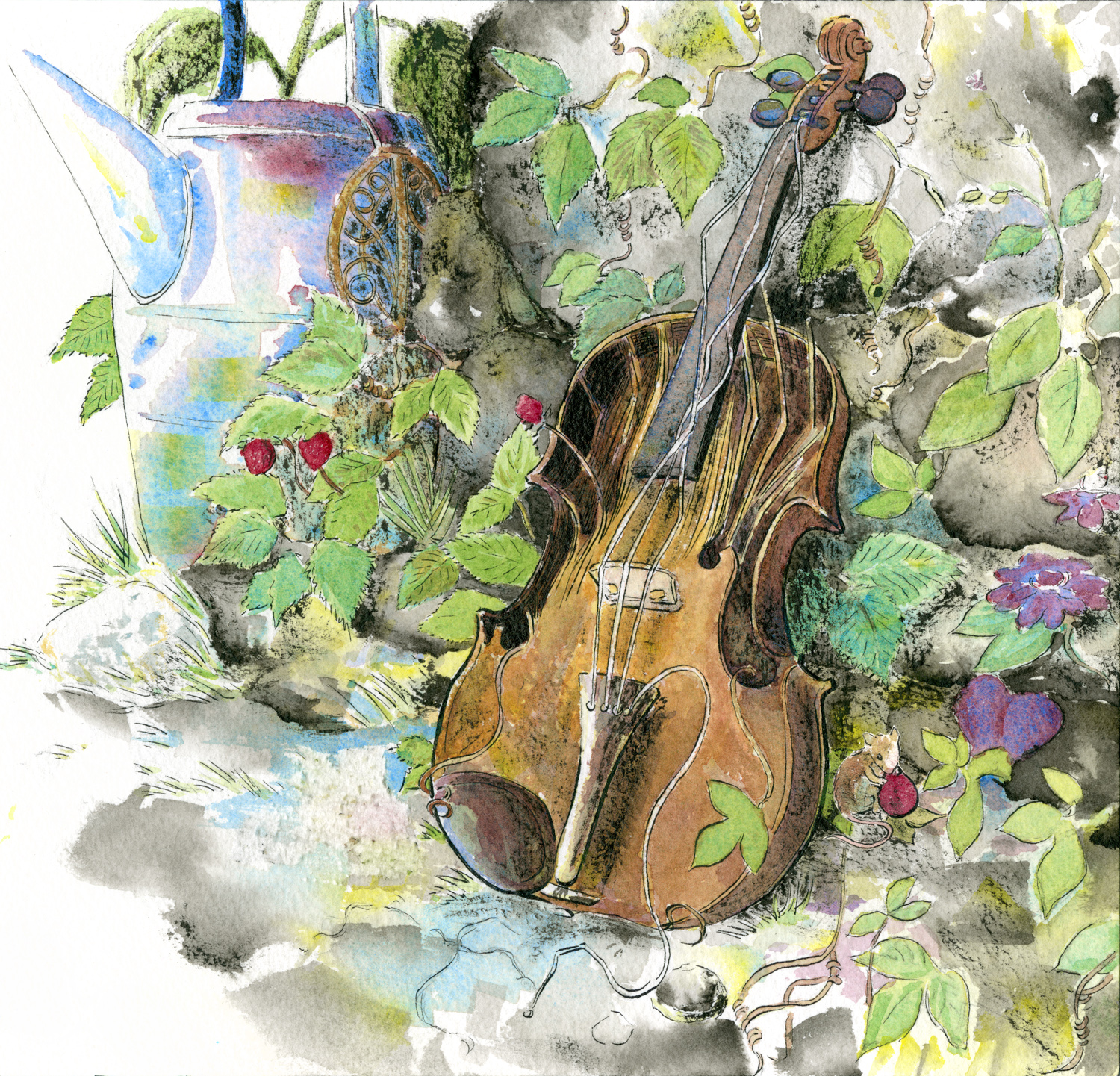 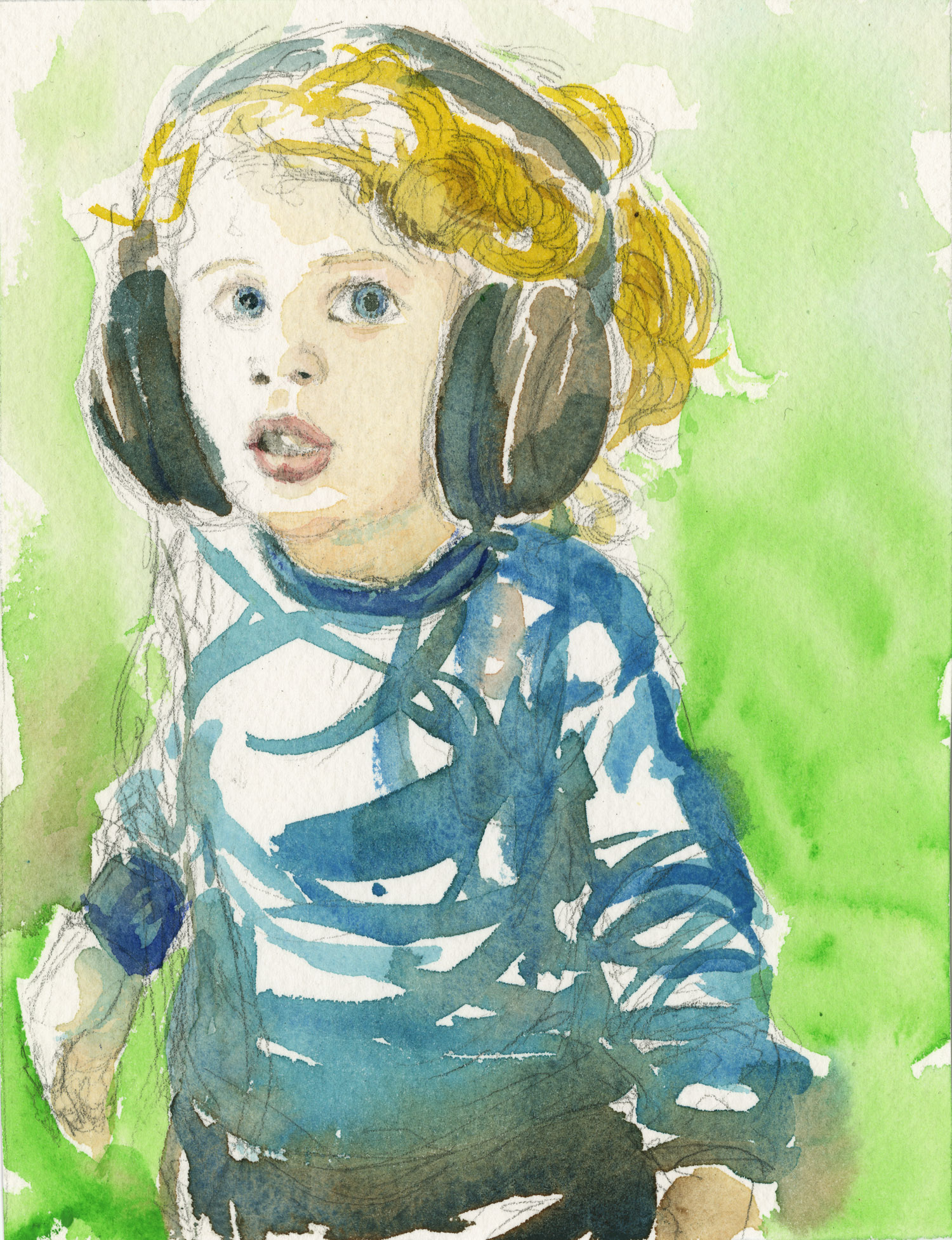 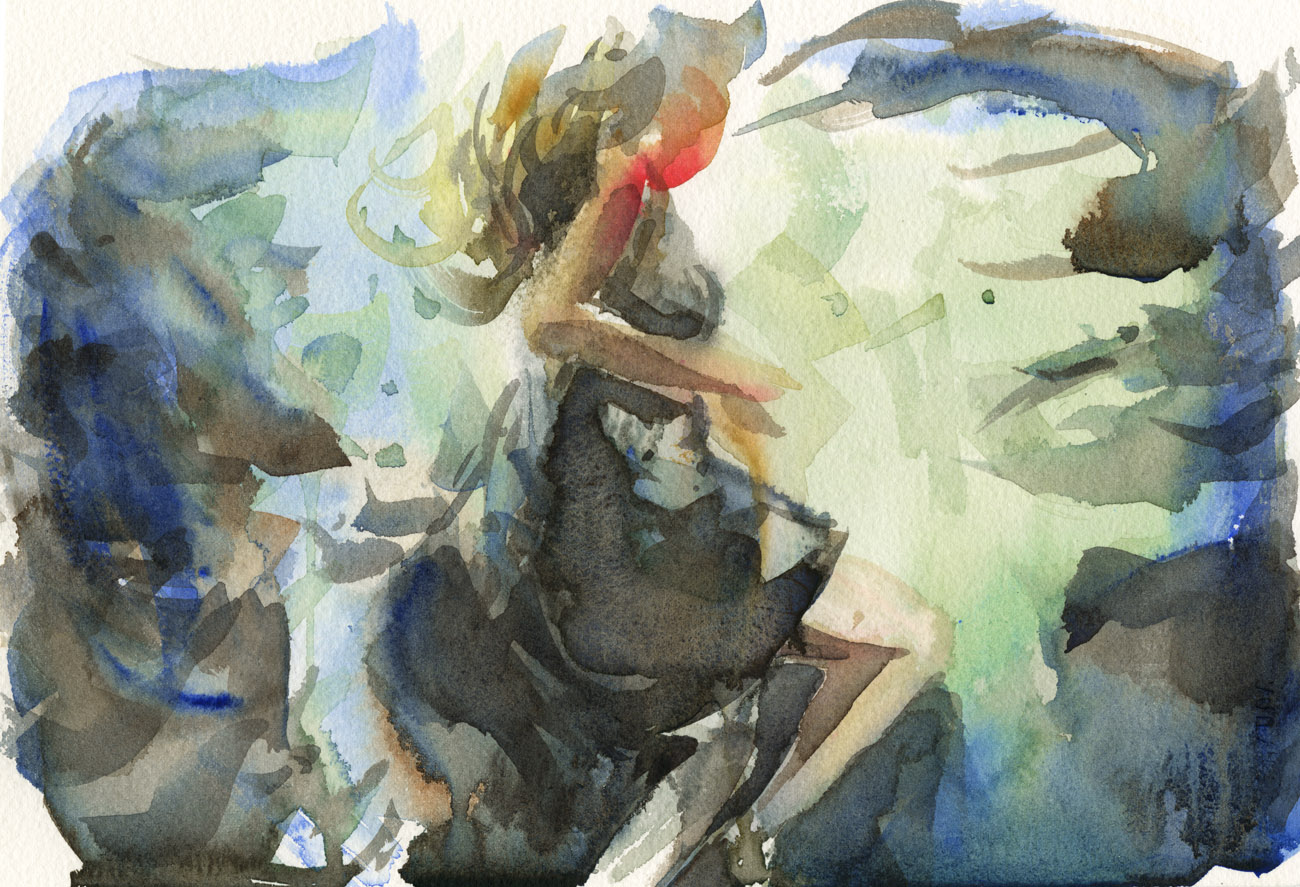