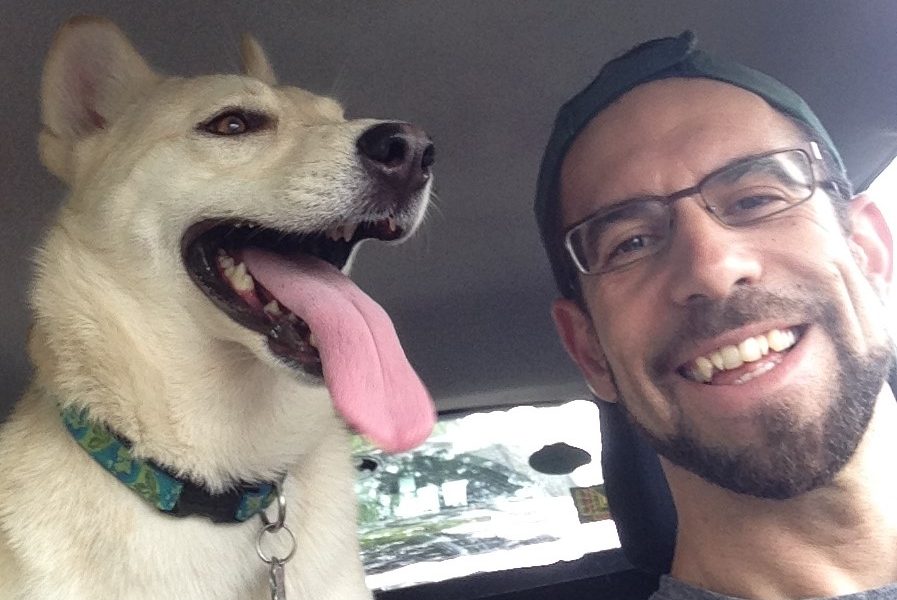 Today we’d like to introduce you to Yoni Baker.

Yoni, we’d love to hear your story and how you got to where you are today both personally and as an artist.
Highly influenced by my parents as artists, around ten years old I started ceramics/ sculpting, and a few years later, pottery classes. In high school was on the tennis and swim team. One day my dad called me into the living room, and there saw the original Terminator with Arnold Schwarzenegger, in an instant was both captivated by bodybuilding and special effects makeup. Throughout high school, I was part of a “film crew” and shot many a movie in super 8 and VHS.

After an amazing eye-opening summer with a good friend in Israel, I started up at Grossmont college. Taking a theater makeup class, many art history classes, philosophy and pretty much everything but what I actually needed to get a 2-year degree.

Soon after, I got into retail but kept up my skills with art and makeup. Grabbing a business card at a local costume/makeup store, I was fortunate to intern with another special effects artist, and land a job doing makeup at the Haunted Hotel in Downtown San Diego, to which twenty seasons later you can still find me!

Around the same time, I would meet David, an animator at ILM at a makeup trade show. We are still friends to this day and have an annual reunion at San Diego Comic Con.

At a time in my life, where things were not good, David suggested art modeling for some supplemental income. With anxiety, lots of calls and emails, I had my first gig at Location 1980 in Orange County!

This being my seventh year modeling, and this year publishing my first photo reference book of my poses on Amazon. The last seven years has also blessed me with an amazing supportive family, who I have gotten into makeup at the haunted hotel and have had some crazy adventures with.

As time passes though I am always pursuing new avenues and pushing myself physically with workouts and creating new opportunities.

It was the summer of 1995, and just graduating high school, my friend Phil and I took off with our massive backpacks to Israel for 2 months. Part of which was to stay on a kibbutz as a volunteer, and the other spent traveling and meeting up with family. Hanging out, drinking, going to concerts and talking philosophy changed a great many things in my life.

Upon my return to the states, I ended up taking a year off before going to Grossmont College. Working odd jobs and making good friends with Noam and Oren, some long haired guys like me haha.

Grossmont College would prove useful with just about everything other then a degree. Philosophy, psychology, art, ceramics and later, theater makeup. While working on local films in San Diego and getting some supplies from Gypsy Treasure a local costume, makeup supply shop I grabbed a business card of Tony Castillo a makeup effects artist.

Tony took me under his wing and I became his Intern. He taught me many a thing about makeup application, design, and mold making.

Soon after, in 1999, I got into retail at the Sharper Image but kept up my skills with sculpting and makeup. At that point Tony was the lead makeup artist at the Haunted Hotel, a haunt attraction in Downtown San Diego. He brought me in to assist in makeup application and removal. “Carnies” would describe the actors there and being a mama’s boy, it was quite a game changer. A year later Tony left and there I was, lead makeup artist. Imagine being 22 years old and staring out at Haunted Hotel and currently my 20th season and now 42 years old! The haunt family has changed many times over, some friends not with us anymore, business plans, and new makeup artists, but there are many that come back year after year. An actor put it well when she said I have no makeup style, it’s just a mix of all the artists that have been there over all the years, soaking in a bit of this and that, now with Stu and Larry … Ill go with that, just means everyone is still there, and that family still alive and well.

When the Sharper Image went out of business in 2008, I had lost my 10 year job. Compounded with a breakup, things were mentally not looking good for me. I smoked cigarettes and drank and had to move back home for a brief period. Picking up work and now renting my parents apartment I was constantly in the gym and made my days listening to Arnold Schwarzenegger’s rules for success. Climbing my way out of this hole, and learning from things a huge chapter ended, a new door opened and in speaking with my good (ILM) friend David, he suggested art modeling. With lots of digging, web searches, phone calls and emails, I had finally had my first gig at Location 1980 in Orange County!

Haunted Hotel makeup artist Stu said to me one day that I would probably meet my next girl on set. This someone came in the form of a little 8-year-old girl named Hannah. While doing zombie makeup (Tales of a 5th grade zombie slayer on you tube) she spoke to me in Hebrew. The next day her mom Kim came along to the set to say “hi” … seven years later and one daughter in her junior year of high school and the other daughter a junior in college, I had become a family man.

We’d love to hear more about your art. What do you do you do and why and what do you hope others will take away from your work?
The mantra I have about working out is ultimately the only way for success is it has to come from within. The progressive benefits among many are determination, focus, strength and learning to set and beat goals.

Having been born in South Africa and having a mom from Israel my childhood was rich but in my eyes unique. With the art of theirs and others around the home, art books littering the hallway, a studio where the smell of oil paint is still very alive and African masks on the walls, it’s about the stories we tell and leave behind. It’s how we are able to tell that story is what I bring to my modeling.

From within and with all my life’s journey to date, I become the characters of my life and that which I admired/admire and bring that to the artist. My goal is to give back, is to help another on their journey.

I have had the honor of working with amazing, dedicated instructors, students, artists, in many schools, ateliers, visual effects houses, doing reference shoots for Sideshow Collectibles, God of War, in many different arenas from traditional art all the way to z-brush.

How can artists connect with other artists?
I earned the gift to gab from my mom, however, on my website bakermodel.com, there is a link for open studio sessions and schools in San Diego, Orange County, LA and Palm Springs.

Do you have any events or exhibitions coming up? Where would one go to see more of your work? How can people support you and your artwork?
I am available for private modeling sessions, illustration, comic and photography sessions, you can contact me via email.

Purchase my new Artistic Anatomy Pose book Heracles on Amazon available for Kindle or print. There is also a link for it on my website bakermodel.com

Come and draw me at the open model sessions in Northpark: https://northparkdrawing.wordpress.com/

You can see me as reference for the new drawing by Erik Gist and Dark horse comics as God of War.

If you are in the LA area, I had the amazing opportunity to model in photography and video sessions for San Diego county sculptor Richard Becker. This was a commission piece done for the Los Angeles Athletics Department of the god Mercury, You can view it here by going to my YouTube channel bakermodel and going to the video section. 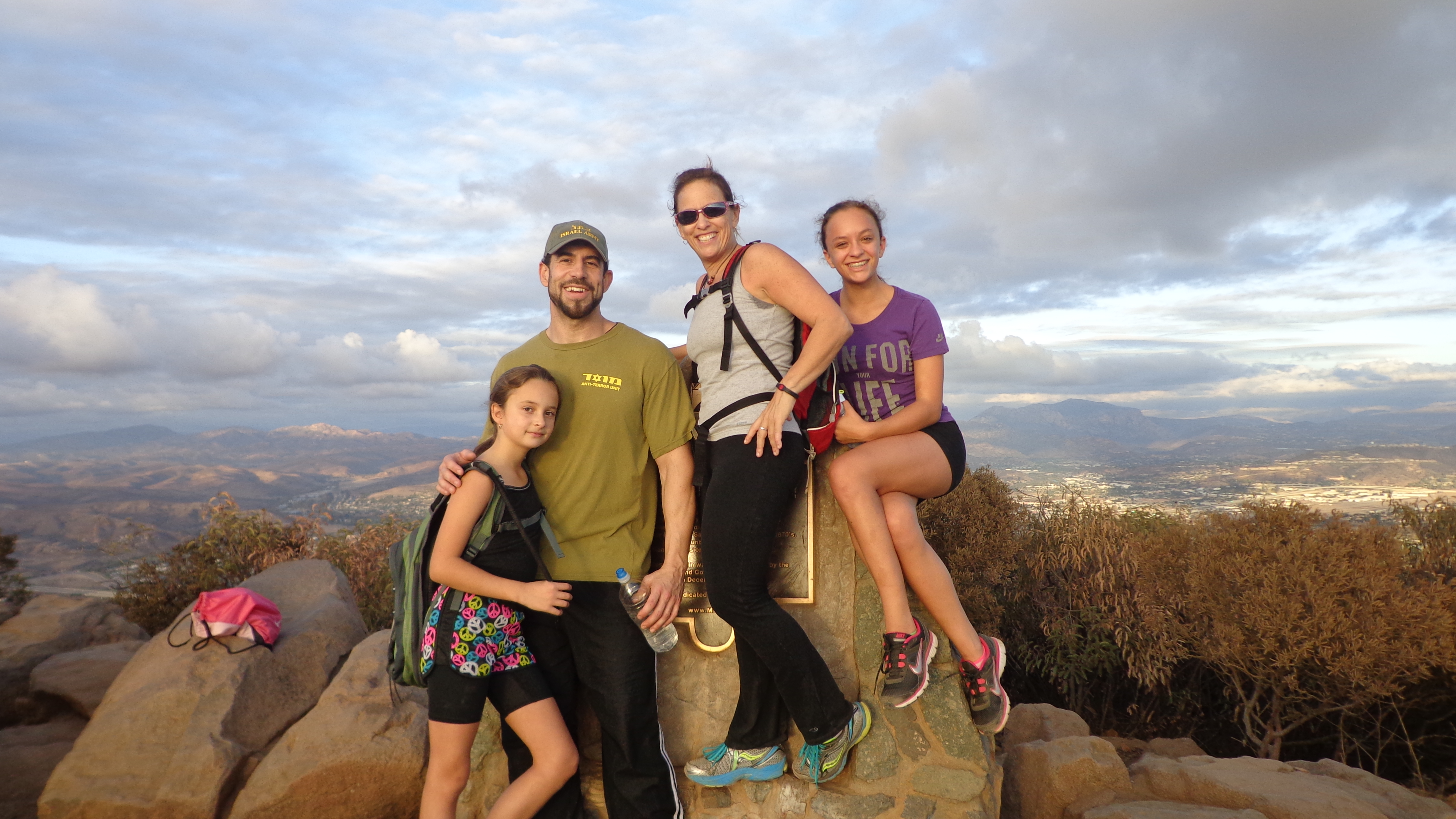 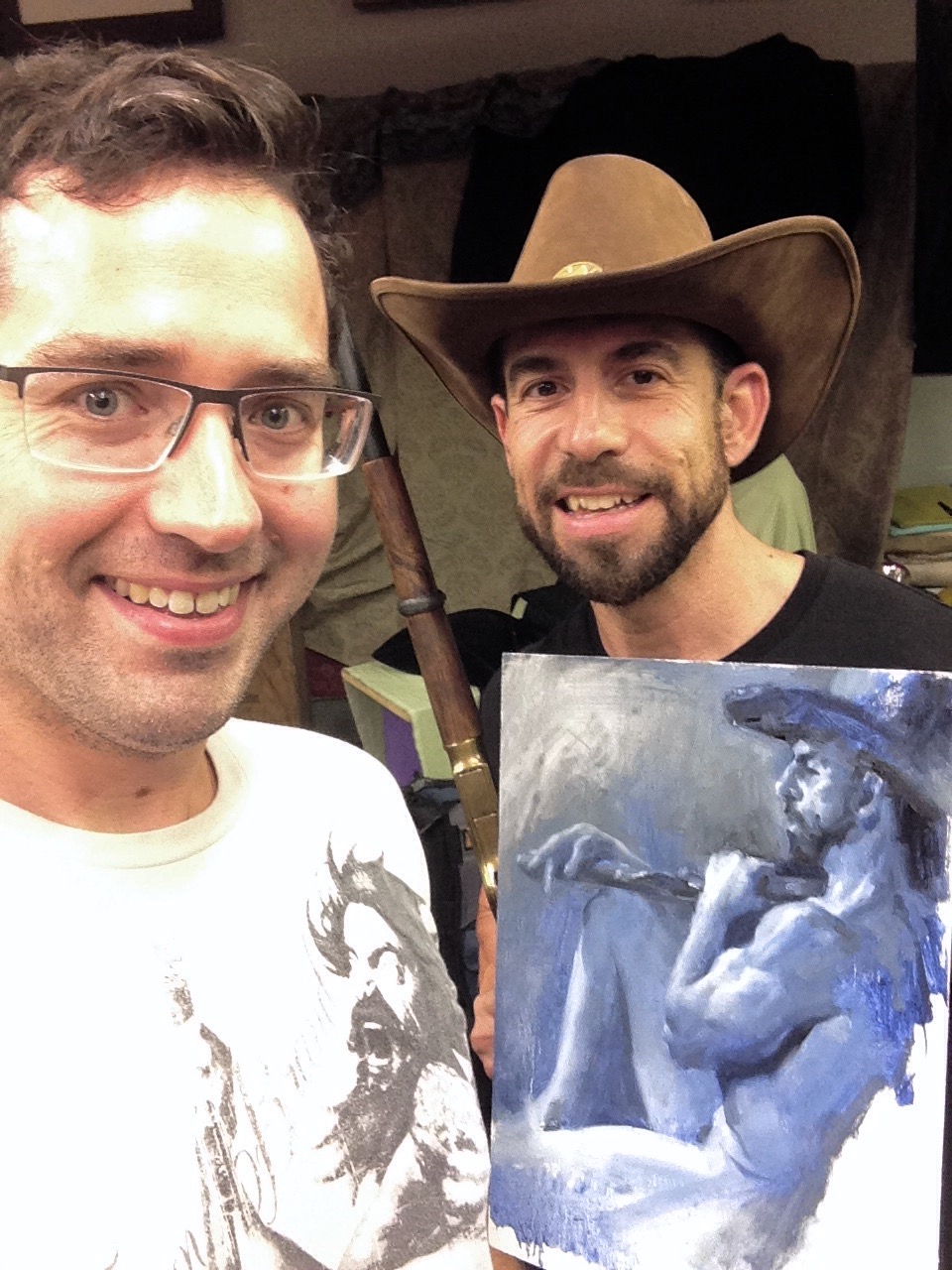 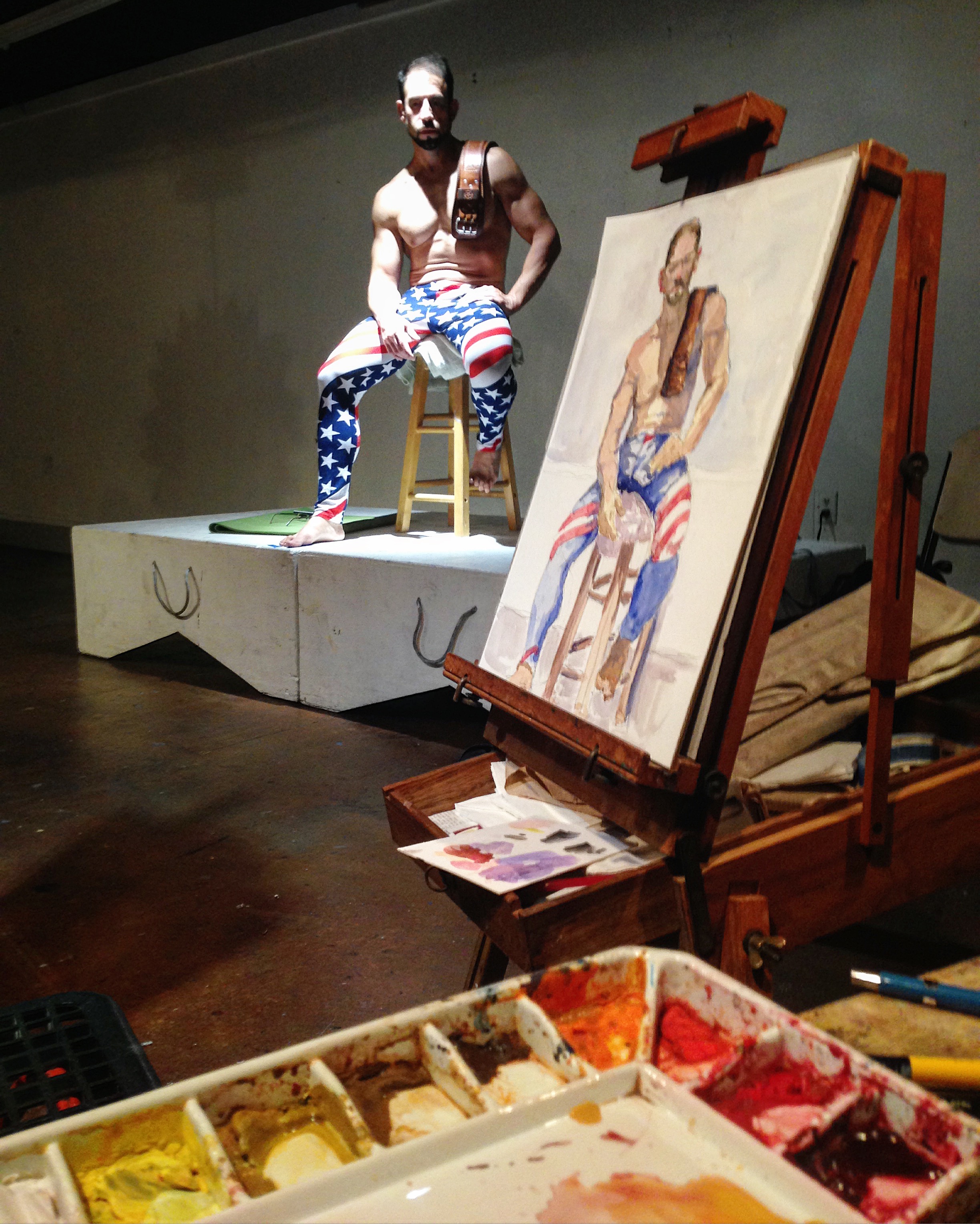 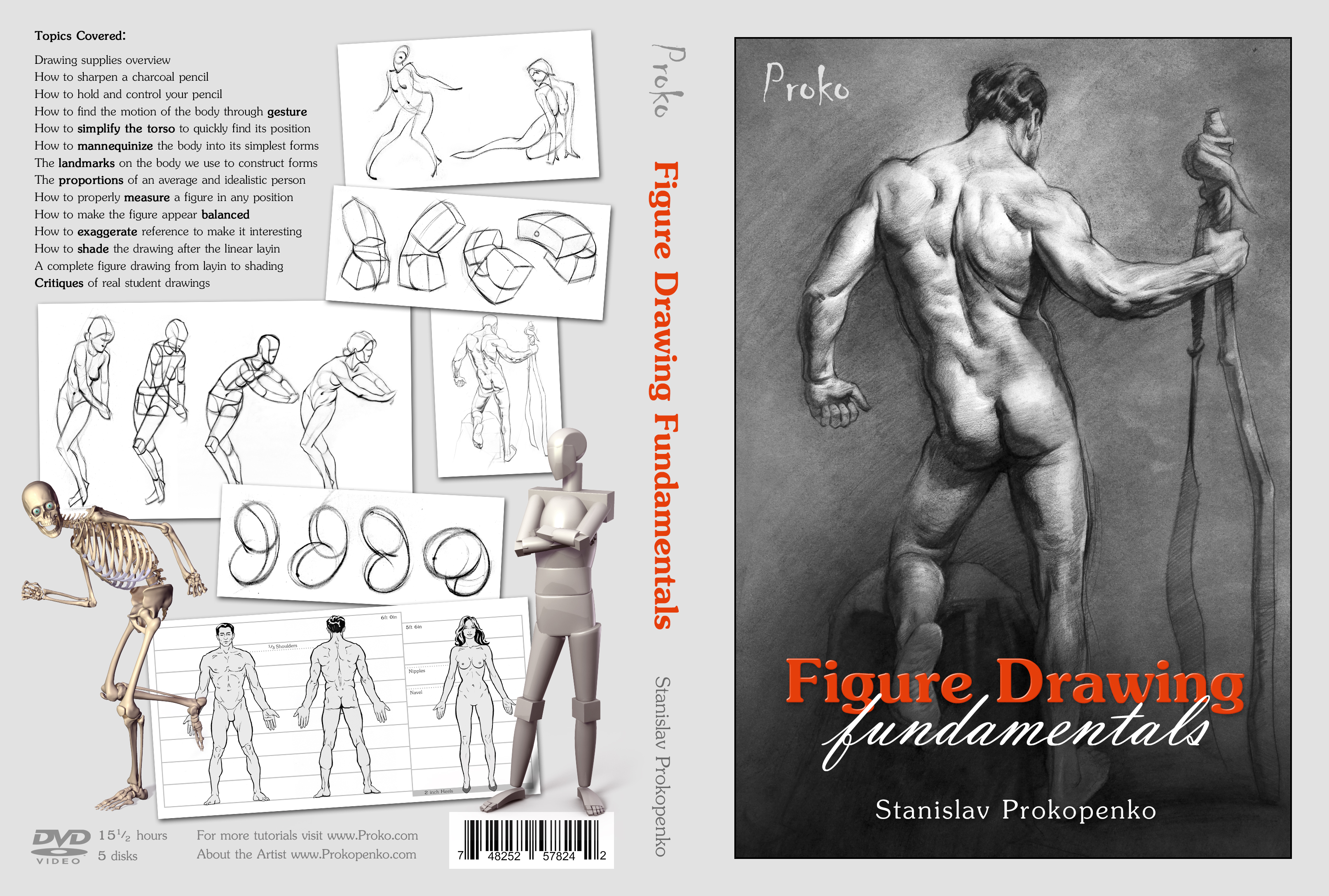 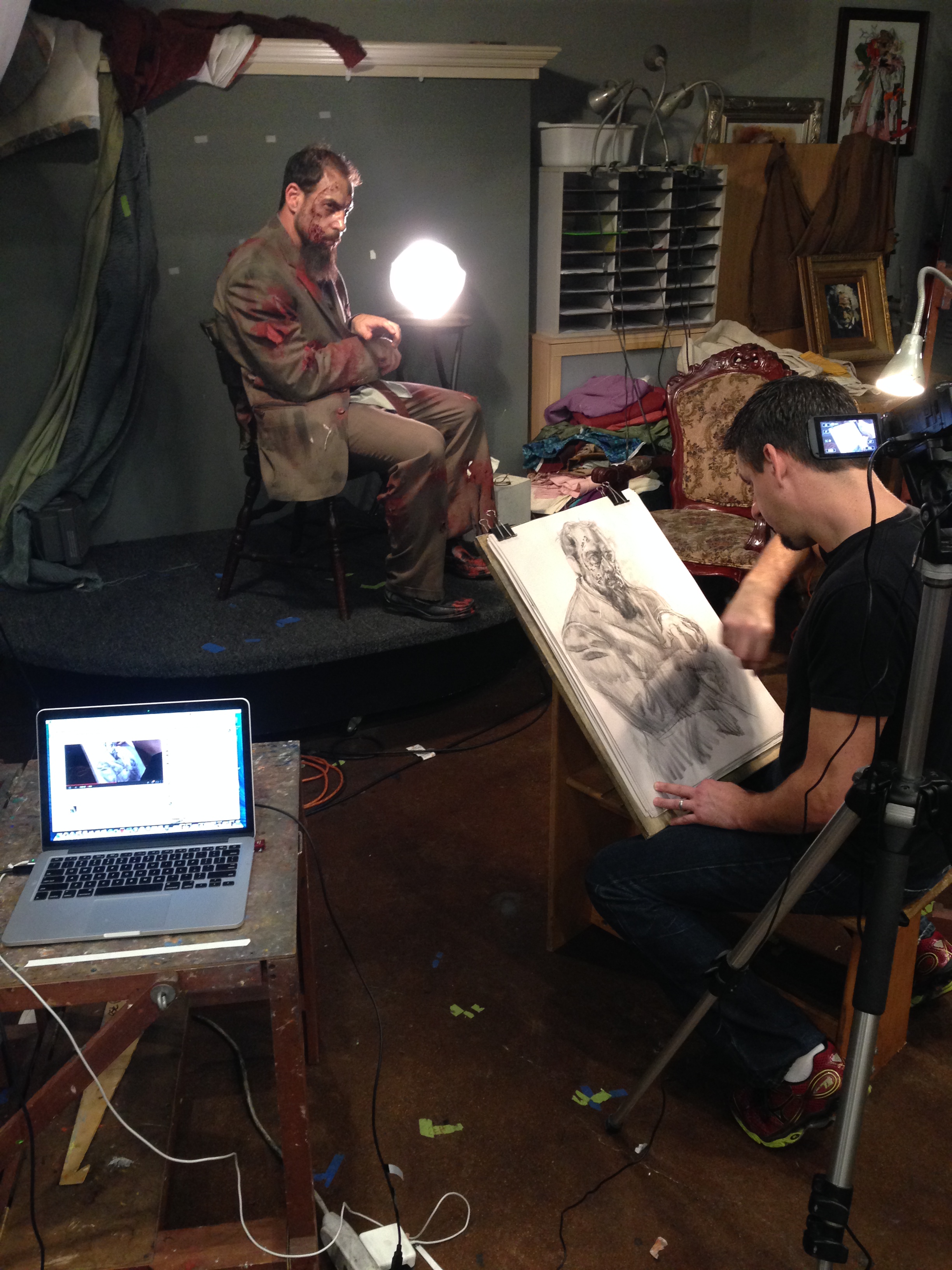