Today we’d like to introduce you to Ashley Milo.

Hi Ashley, we’re thrilled to have a chance to learn your story today. So, before we get into specifics, maybe you can briefly walk us through how you got to where you are today?
I always wanted to start my own business. I like to know everything that is being done, how and when. I always worked with animals, naturally thinking that would lead to my new business. NEVER had I thought when I finally started my own business, it would include food or baking! As a child, my dad was the baker and made delicious cakes and pies every holiday. My store-bought box cakes were lucky to be an inch high, even with two layers!

Around 2016/2017, I became more interested in cooking and baking as my son had developed an interest. As kids do, he gradually grew out of it, but it stayed with me. I found I really enjoyed it. You could be creative and methodical at the same time. There was a peace to it. It became my happy place. I started with simple yet delicious chocolate chip cookies and finding new dinner ideas to try out.

Two days before Thanksgiving in 2018, I went vegan while contemplating the concept of Ahimsa and questioning if I was really living my true self. Although not my first venture into a vegan or vegetarian lifestyle, I was determined this time to follow my heart and set the example for my son, to be honest with yourself… even when it’s difficult. We donated our turkey to a community center, tossed all the animal products and went cold Tofurkey on the spot, still able to enjoy a delectable family meal on Thanksgiving.

My son was quick to follow suit, becoming vegan after learning about the industry and what is required to put chicken, eggs, or cheese on his plate. We were more amenable to trying new foods now, and I knew to keep everyone interested, I had to learn to cook ALL OVER again!

I took this as an exciting new challenge and the chance to be creative. There are thousands of plants and spices to eat compared to a handful of animals. The most important part is to STOP expecting everything to taste as it did before. Be open to new flavors and foods. I bought books and books full of recipes and scoured the internet to find foods that would keep everyone feeling satisfied, tweaking and adjusting here and there depending on our preferences. I soon started sharing my foods with co-workers who were shocked to discover vegan really can be delicious! Stuffed Shells are still a hit with vegans and non-vegans alike.

I began expanding from cookies, which are fairly easy to make vegan, to cupcakes and other favorites. It’s dangerous keeping dessert in the house, so my co-workers were the lucky recipients. Tasty as they were, they seemed to be just cupcakes. Although delicious, sometimes a cupcake is just a cupcake and I was looking to make something memorable and new. During the COVID pandemic, I signed up for an online Vegan Dessert Course through Rouxbe. Several weeks of videos, quizzes and BAKING! So much baking! It was during this course I came up with the idea to fill cupcakes. It sounded so amazing! Why was nobody doing this?! It all started with what is now called La Vida Rica. Guava-filled vanilla cake with Coconut Buttercream. Big thanks to my co-workers for being my guinea pigs during this time! The cupcakes were a hit, but at the time, it was just a fun idea, not a business concept. We can give thanks to a family trip to Yellowstone National Park for giving “birth” to Milo’s Plant Based Kitchen LLC.

During our family trip to Yellowstone in September 2020, I found it incredibly difficult to find food (outside apples/bananas, fries or chips) around and inside the park, not uncommon to those who are vegan/plant-based. We stayed at an Air BnB, allowing me to cook dinners and prep snacks/lunches while inside the park instead of supporting the local businesses. My husband and I started dreaming of moving to Montana (it’s so beautiful) and starting a business there, providing plant-based/vegan options to the thousands of visitors the park sees every year. Surely I’m not the only vegan who has visited! With a 19 hour drive, there is LOTS of time to dream! We went back again in March, renewing our fervor. This time, we decided on a name, tag line, logo and the signature huckleberry/lavender combination during our long drive back to San Diego.

Although we ultimately decided to move to Montana is not our reality for now, I was interested in seeing if my creations would even sell. I still thought of myself as that little girl who couldn’t get a two-layer cake to rise. Thanks to the praise from co-workers and friends, I took the leap! Milo’s Plant-Based Kitchen became an LLC in April 2021 and received our Cottage Food Operation A registration in May!

Can you talk to us a bit about the challenges and lessons you’ve learned along the way. Looking back would you say it’s been easy or smooth in retrospect?
Overall, I would say I can’t complain! Everything could have gone so much worse at any time. I initially struggled with the confidence to start up. Was everyone really only being polite? Are my creations something people will really want to buy? I’m not a businesswoman. Could I even do this? I had a few amazing friends who not only offered honest feedback but were quick to spread the word. To me, putting yourself out there for someone shows a lot of respect for their craft and a belief they really deserve the opportunity to shine. (Thanks to my husband, Melanie and Jason!)

The most difficult step was getting the Cottage Food Registration. There are a lot of steps, and there isn’t really a good step-by-step guide out there. When I thought I had everything together, there was some other form or license I needed first. Weighing each ingredient in each cupcake to create the labels was less than enjoyable!

I also have some amazing ideas for cupcakes that I ultimately had to scrap due to restrictions. Cottage Food Operations have to follow strict guidelines on the foods we can offer. I am determined to avoid food colorings. They are often tested on animals (even when labeled vegan) and have been linked to adverse effects. So I use plants to color my foods. However, fruit and vegetable powders are prohibited from being used in buttercreams. The biggest challenge I face currently is creating new desserts that are varied in flavors and colors while keeping within the permitted ingredients list.

For those looking for a “regular” cupcake, we offer the Plain Jane, an XL vanilla cake with chocolate frosting. New flavor combinations are always in the works and will be unveiled throughout the year or seasonally. Most ingredients are organic, and our buttercreams are colored with plants, not dyes.

I work a full-time job during the week and am in thr Kitchen throughout the week to provide cupcakes weekly. Special orders of at least a dozen cupcakes can be ordered any time during the week with at least three days’ notice. Although we specialize in filled cupcakes, we plan to expand in the near future to offer other foods, including cookies, muffins, and Moose Poop! (Our own signature dessert). We currently do not have plans to expand into cakes, but would like to be able to offer foods outside of desserts someday too!

Do you have any advice for those looking to network or find a mentor?
I think accessible mentors are lacking greatly in our community for most industries, lifestyles and people. As a female small business owner and a vegan, we are often put down and told how difficult things are. What worked best for me was finding community. Finding people to support you and your mission, not remind you how difficult life is… there is enough of that out there already.

Connect with someone who exemplifies something important to you… professionally, morally/ethically or personally. It doesn’t take a certification or degree to be a mentor. To me, being a mentor is being the type of person who wants what is best for others and is willing to help them get there. Find the voices of hope that uplift and offer support. I highly recommend hanging onto those who support and uplift those around them, but also BE one of those people. Most of us don’t imagine ourselves as mentors. I certainly didn’t until I realized how important it is to lead this world forward, to develop a sense of community and oneness. We are all in this world together. Nobody needs their life to be more difficult. Don’t be afraid to reach out and connect to others. If any of us expect to succeed in this life, it will be with the help and support of others.

It is incredibly empowering to know that YOU ARE NOT ALONE. For those who ever think, “I’m just one person,” imagine if all the other people are thinking that stopped because they had the same thought. 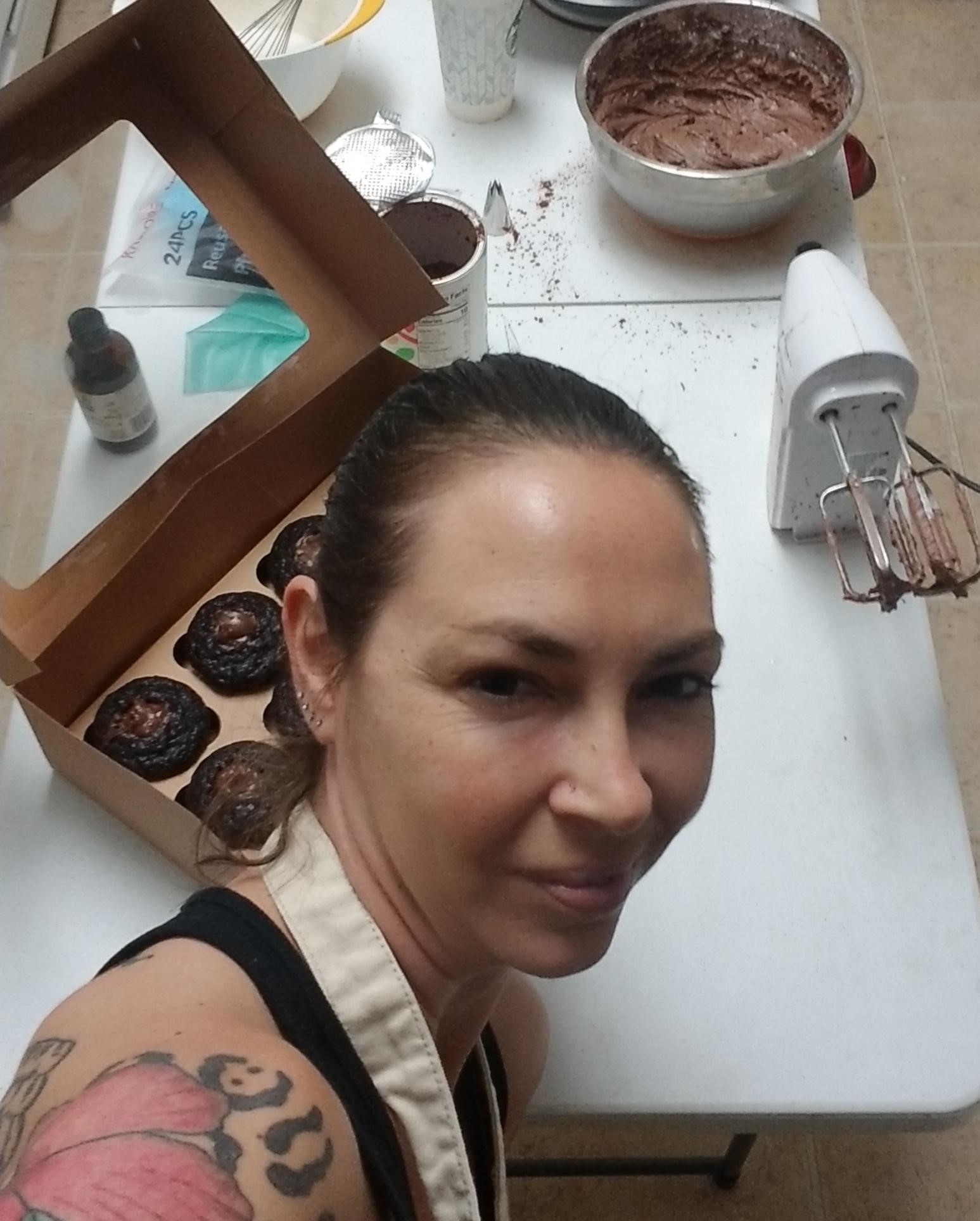 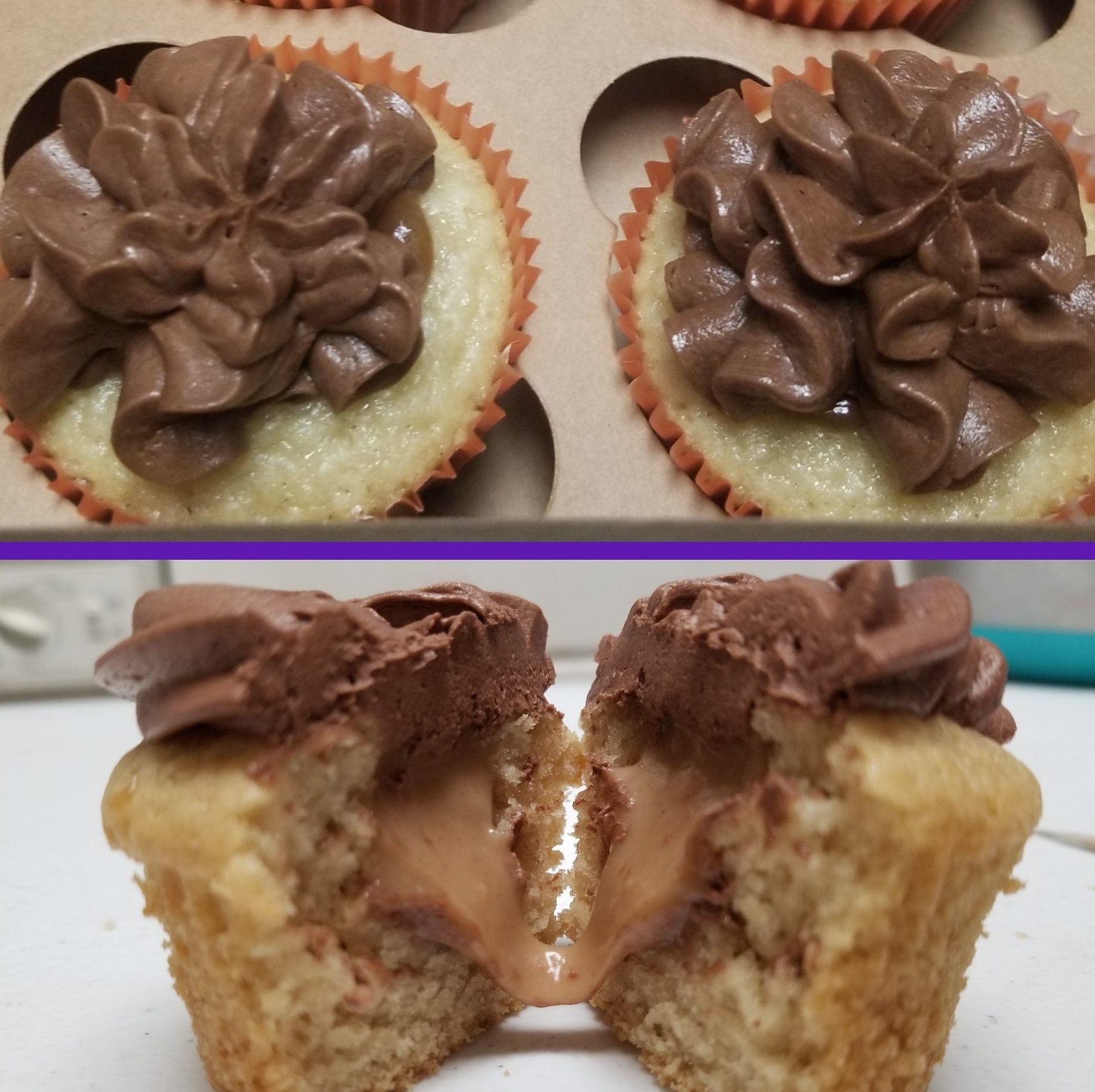 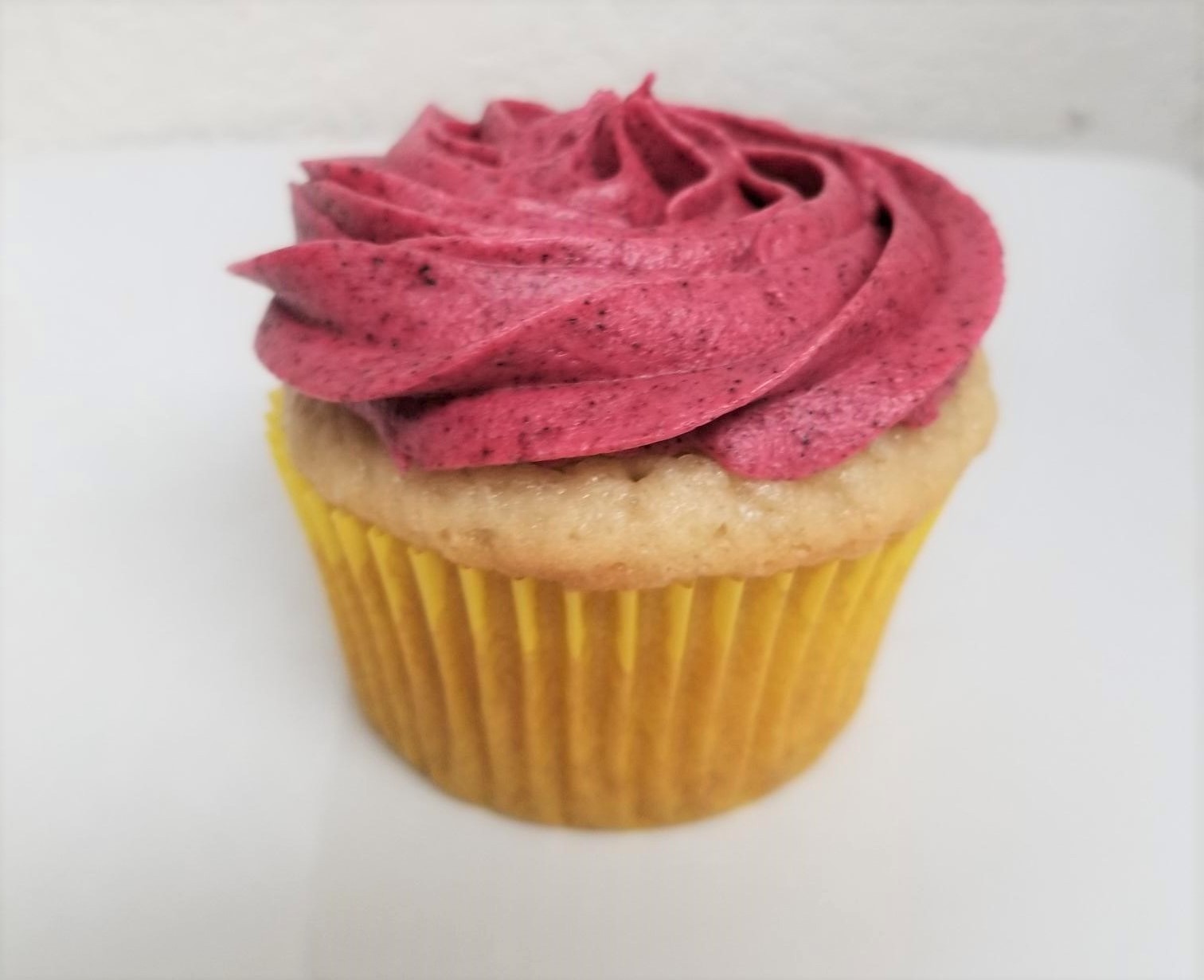 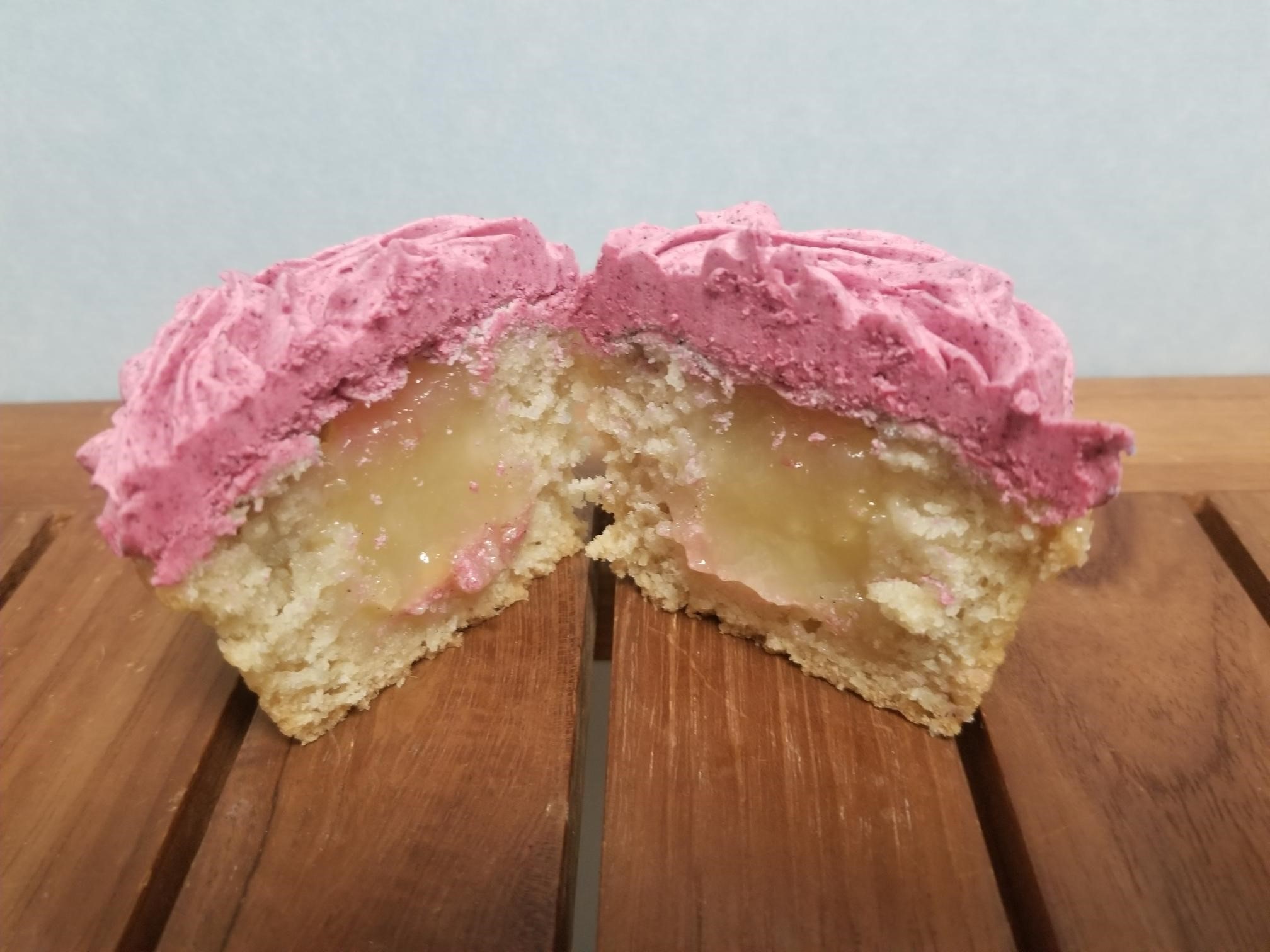 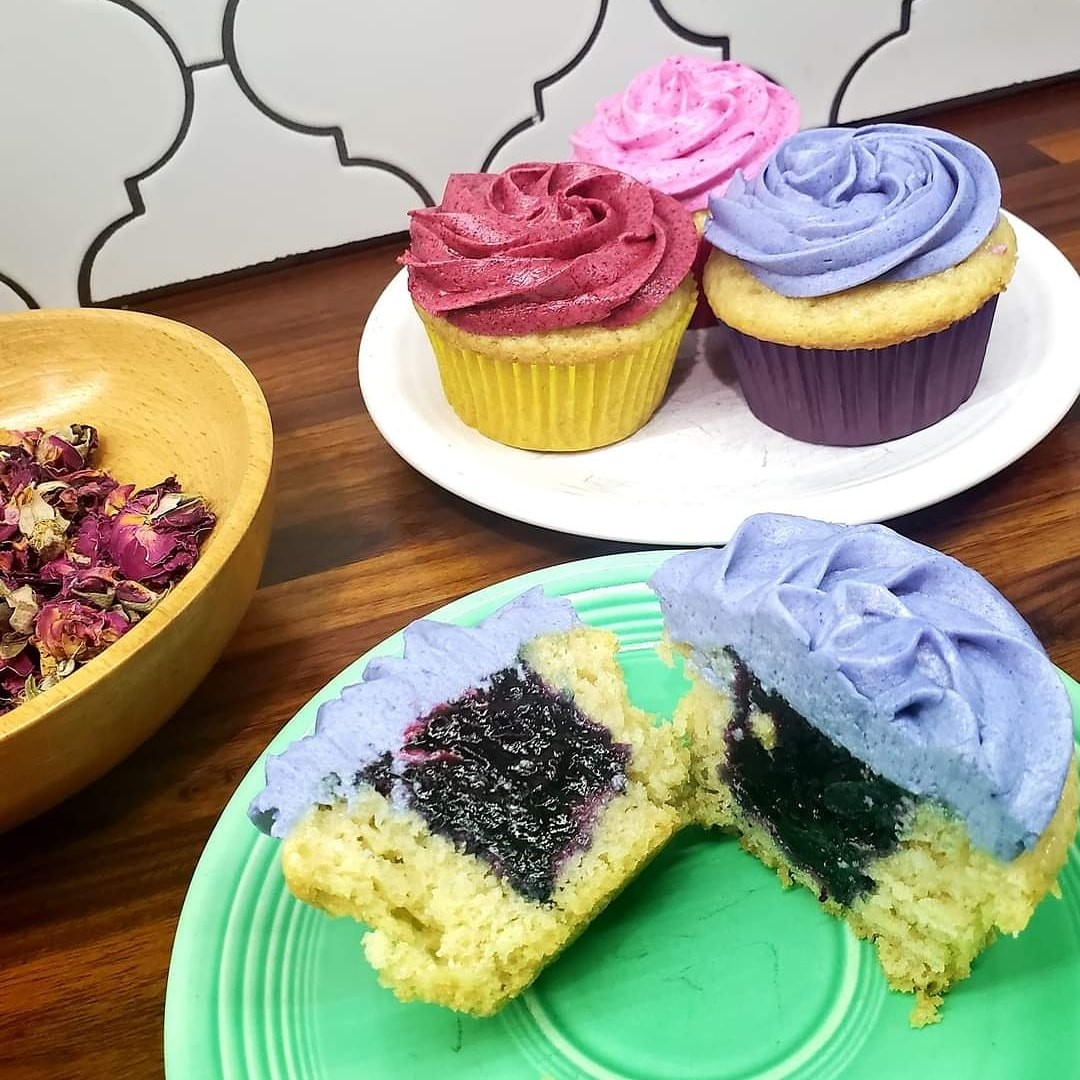 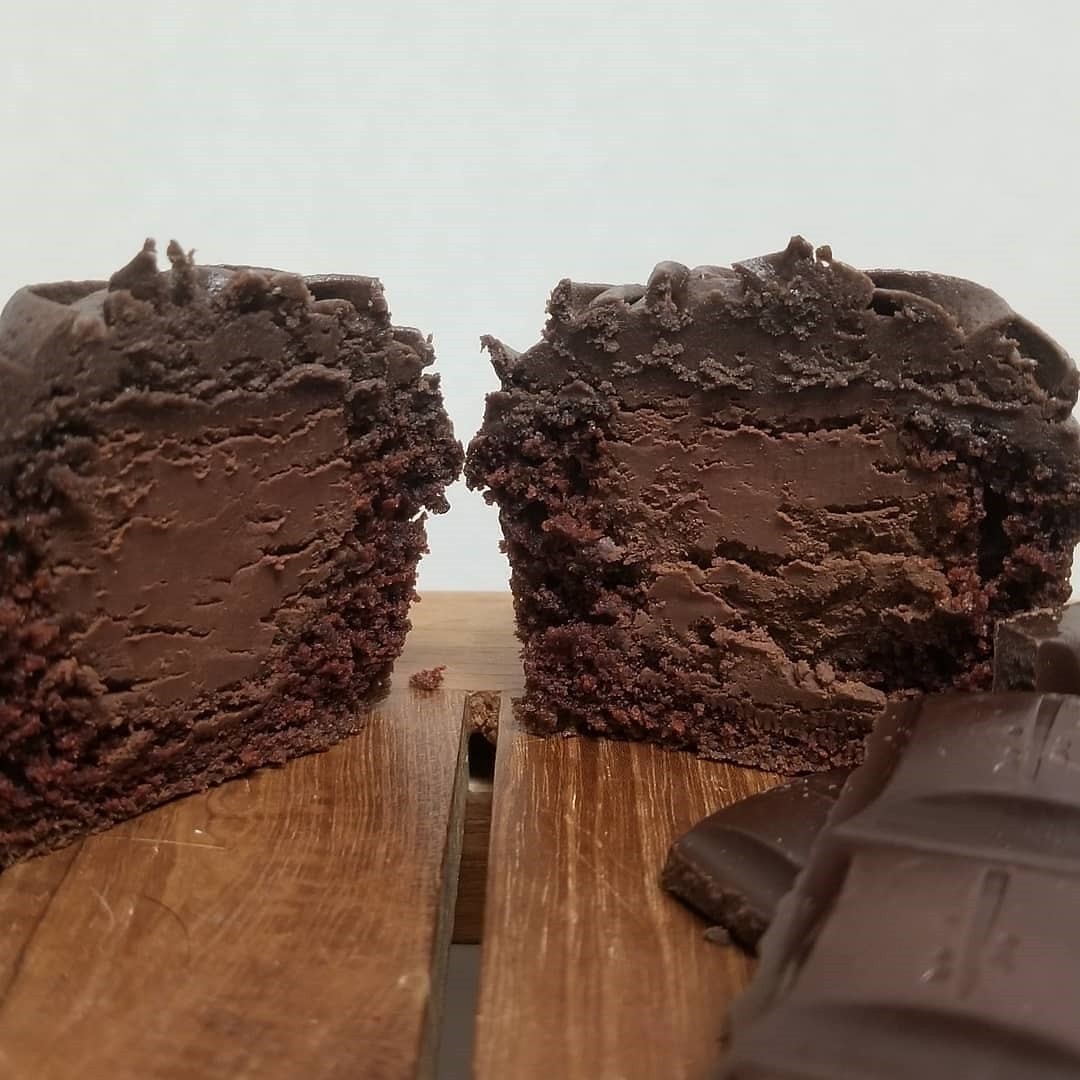