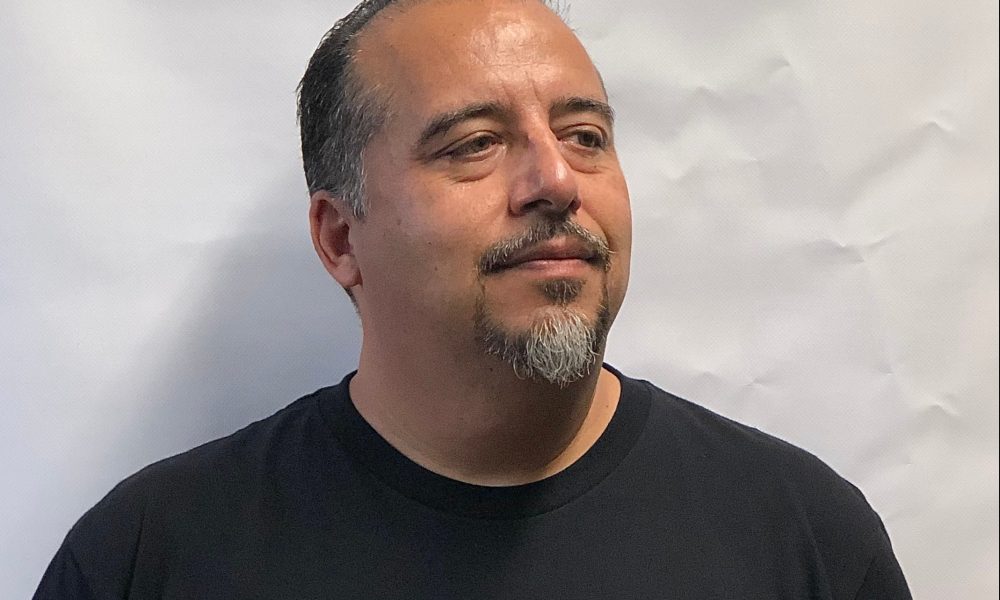 Today we’d like to introduce you to Juan Ramirez.

Hi Juan, thanks for sharing your story with us. To start, maybe you can tell our readers some of your backstory.
My journey began in 2004-2005. I walked into a local gym that had MMA classes and I talked to the MMA Coach about me wanting to be a Cutman and if I could come to his class and be on standby in case someone got hurt I could help them out. His response, “most of the people that come to my class want to be fighters, this is the first time someone comes in to be a Cutman.” He agreed to me coming in and that’s how my journey began. He had been one of the students at Lion’s Den, Ken Shamrock’s Gym in Chula Vista, so he still had ties to the fight scene. A few months later he told me about some MMA fights that were going to take place at Soboba Casino, King of the Cage. He asked if I wanted to work with 2 local fighters, Zach Taylor and Tony Galindo. I said sure and took a road trip to San Jacinto California where I met up with the Team. I must admit, I didn’t really know what I was doing. Most of my Cutman skill I had learned from VHS Videos and reading interviews that other Cutmen did. I would absorb as much knowledge as I could from that. First event turned our good and I knew I wanted to continue in the Cutman Profession. MMA had just become legal in California in 2006-2007, this was the perfect time to get involved with the sport. I began my cutman career in MMA but soon after also began working Boxing, Muay Thai, Kick Boxing. Years after being involved in combat sports I decided to open up an online store dedicated to Cutman/ Cornermen. Cutman4Hire Supplies was created. I would provide the best supplies to others taking care of fighters. My Cutman career and Cutman4HIre Supplies business have grown side by side. I began working small events, local and in Tijuana. I know work for promotions such as Bellator MMA, UWC Mexico, Cage Warriors (UK based) and have had the opportunity to travel as a boxing cutman to S. Africa, Australia, USA, Mexico, and Thailand. Cutman4Hire Supplies sell worldwide, have appeared in several movies, South Paw being one of them and the Supplies are used in the corner of Canelo Alvarez and other World Champions.

Would you say it’s been a smooth road, and if not what are some of the biggest challenges you’ve faced along the way?
It has not been a smooth road. Many times I have wanted to quit, wondering if it’s worth it. Starting my Cutman Store from scratch, having no business/ entrepreneur experience. Learning to run and promote a website hasn’t been easy. Learning about shipping, taxes, state taxes was all new to me. Back in 2005 when I began the business we didn’t have many of the resources we have today such as youtube. Balancing family with business, investing in products you are not sure will be a hit. Lots of trial and error.

Cutman Profession: Boxing/ Mma is entertainment which means events happen around holidays. I have missed many holiday due to being on the road. Missing birthdays, anniversaries and even missing out on my father’s last days before he passed.

Thanks for sharing that. So, maybe next you can tell us a bit more about your business?
Cutman4Hire Supplies specializes in products used in combat sports by a Cutman/ Cornerman. This supplies help the Cutman keep the Fighter in the fight. Supplies such as Endswell (cold iron, helps with swelling), Swabs which are used to apply medication on the bleeding and help stop bleeding, and my creating: Cutman4Hire Utility Wristband which is a staple of my brand. You can see Canelo Alvarez’ Coach Eddy Reynoso use it in Canelo’s Championship fights. This wristband is utilized by Cutmen to attach swabs, gauze and other supplies used during battle. I guess it’s similar to Batman’s Utility belt but Cutmen wear it on their wrist, keeping it close to the impact areas a cutman has to treat.

Are there any apps, books, podcasts, blogs or other resources you think our readers should check out?
I like to listen to Valuetainment on Youtube, Entrepreneur related topics. I also like to watch Youtube content I can learn from, learning how to heatpress, run shopify store etc.

I also enjoy listening to David Rocha, Pastor of House of Rest Church for spiritual guidance. 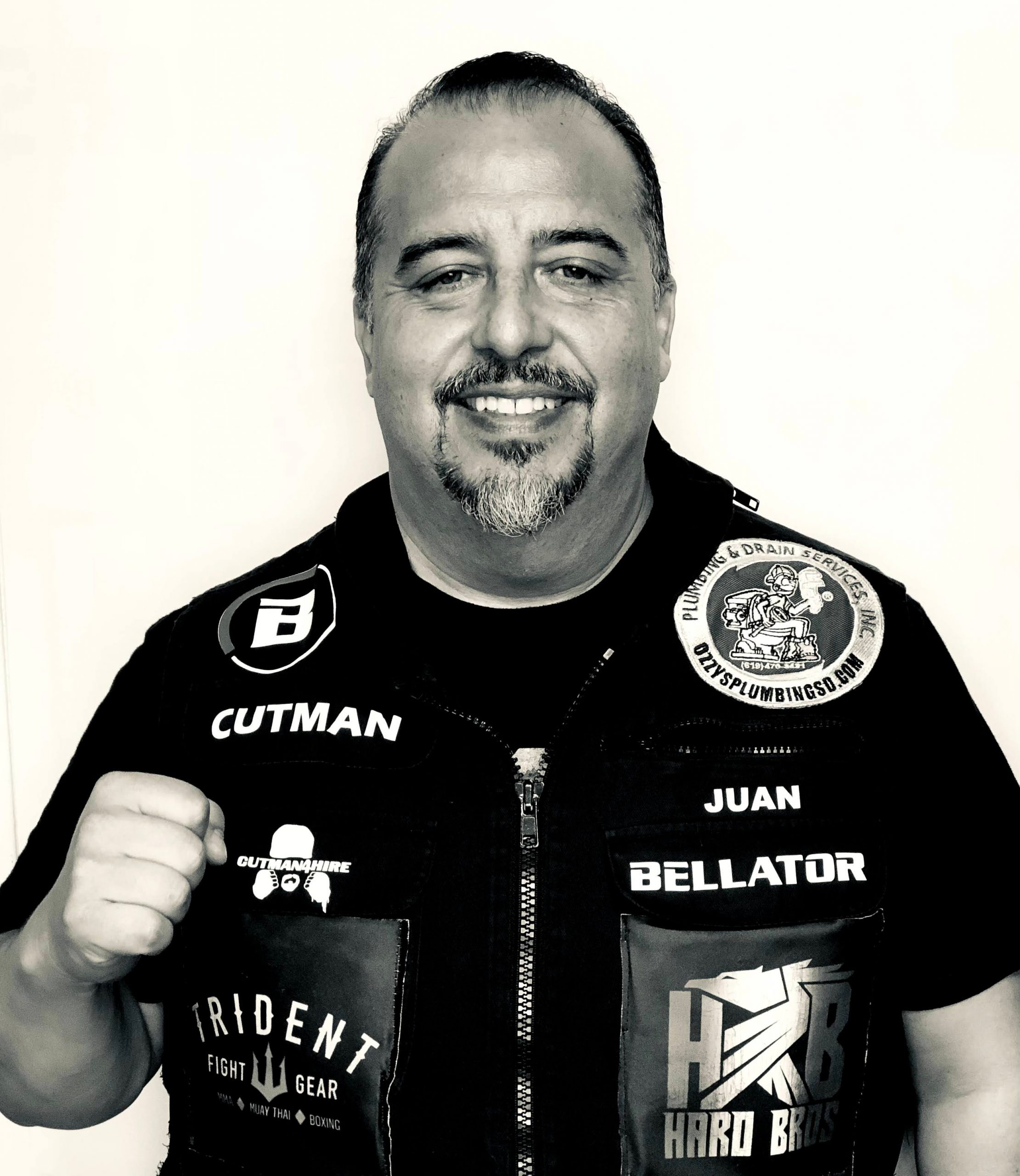 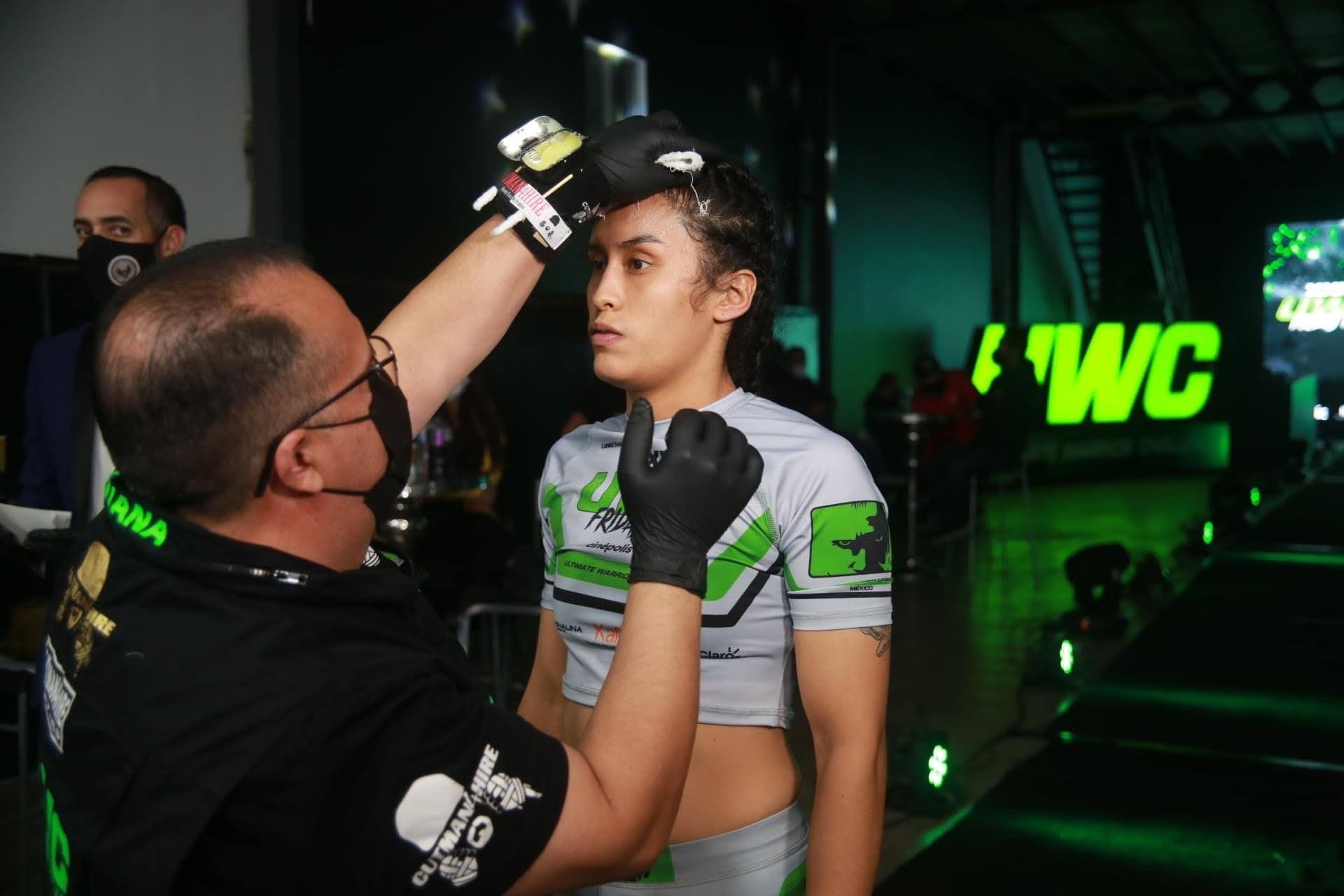 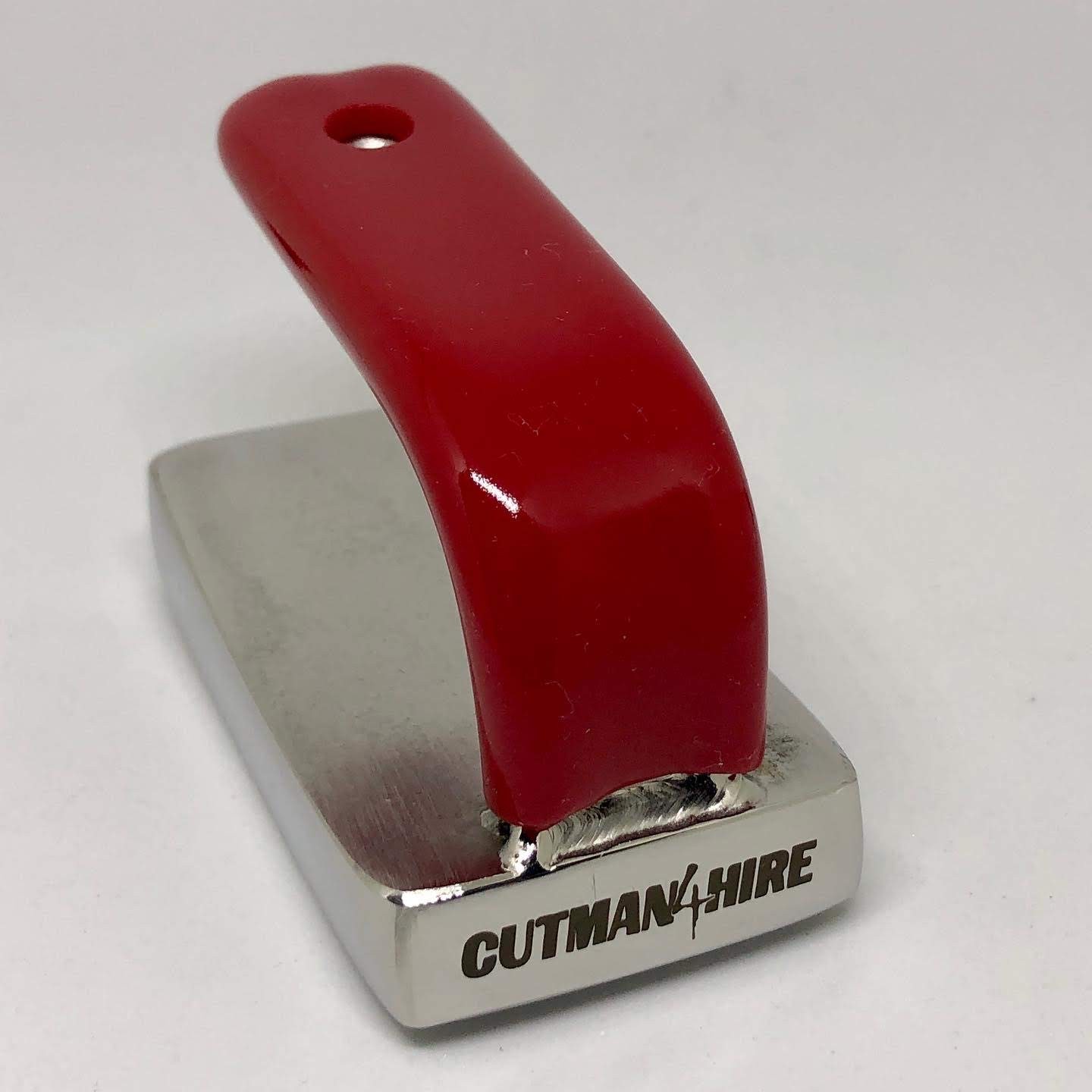 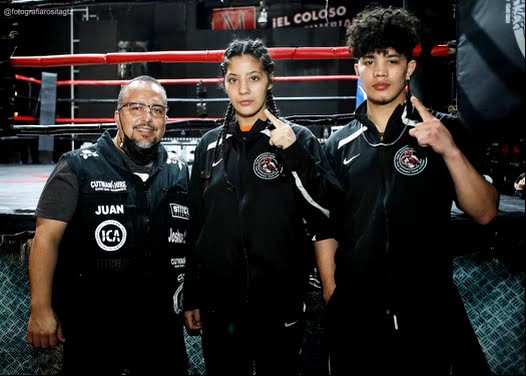 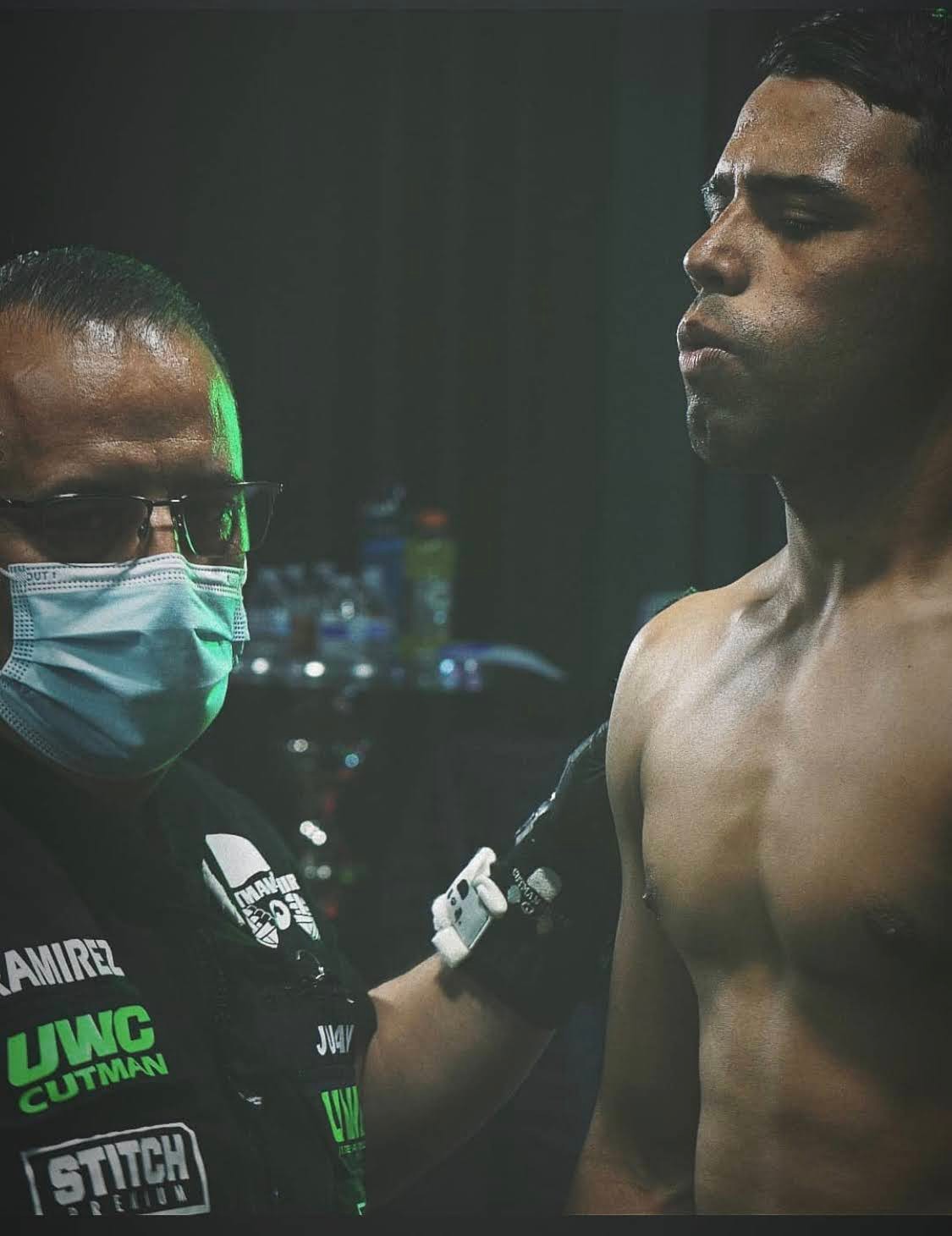 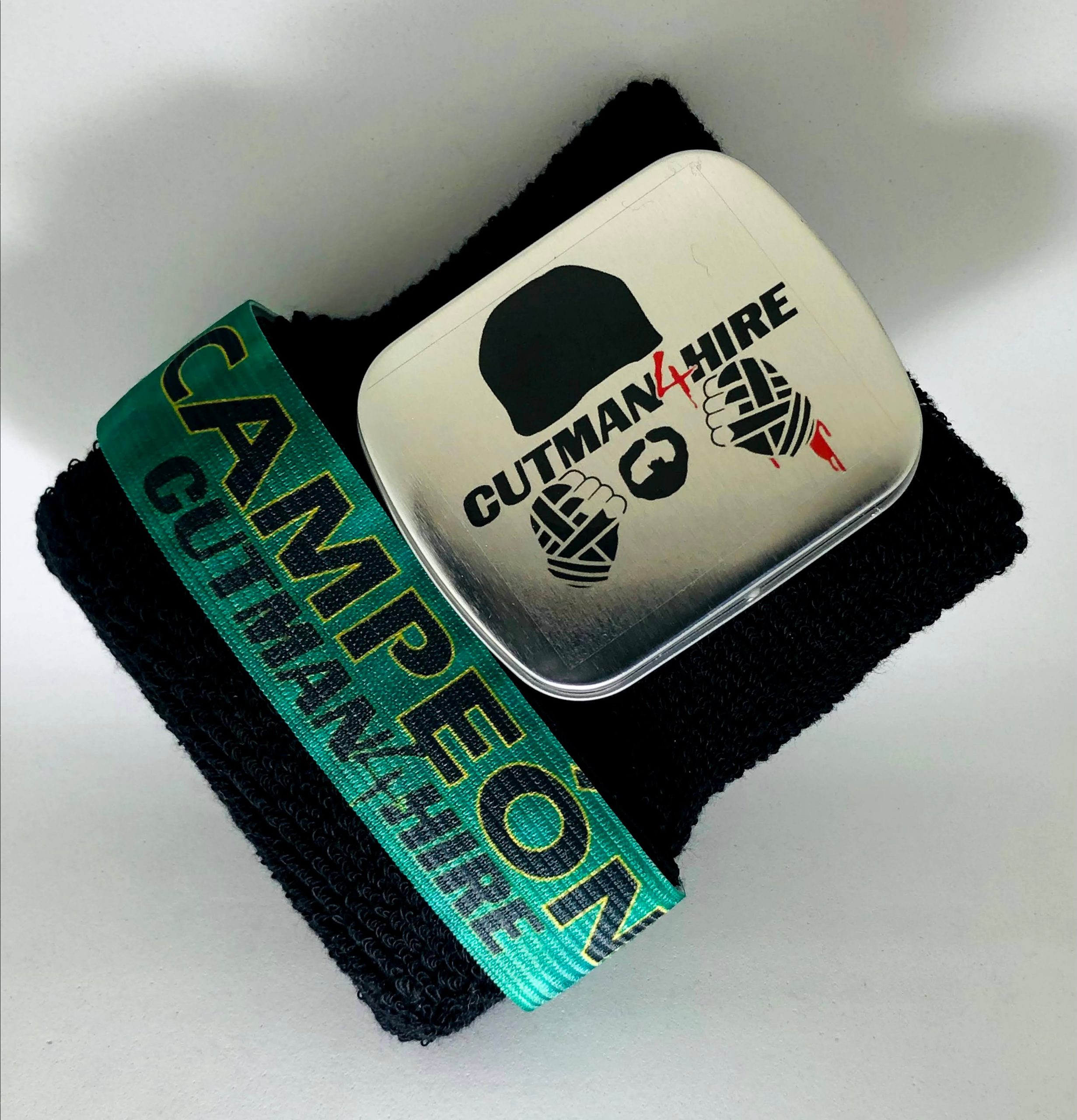 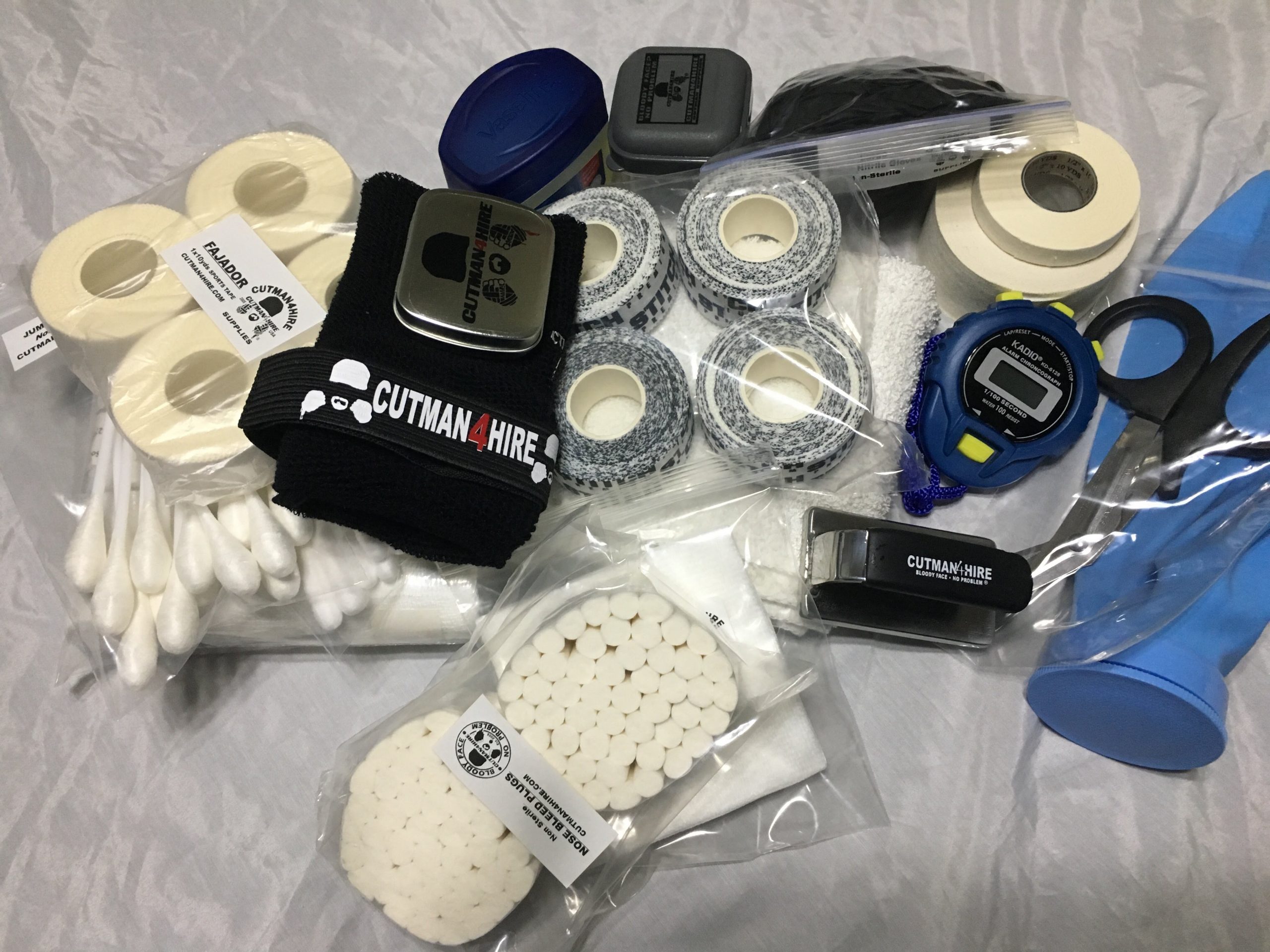 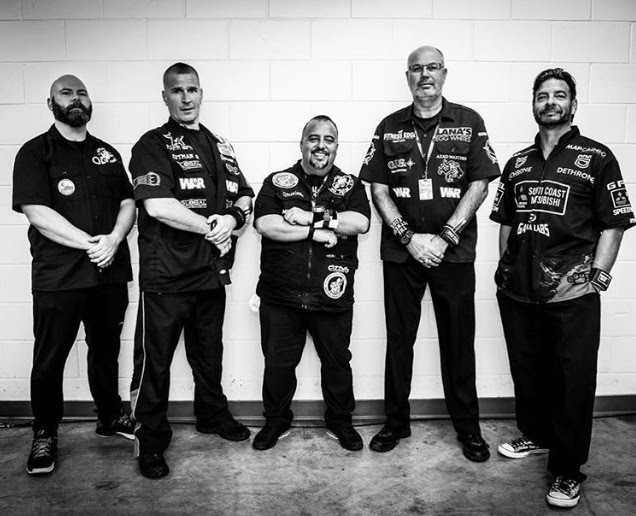 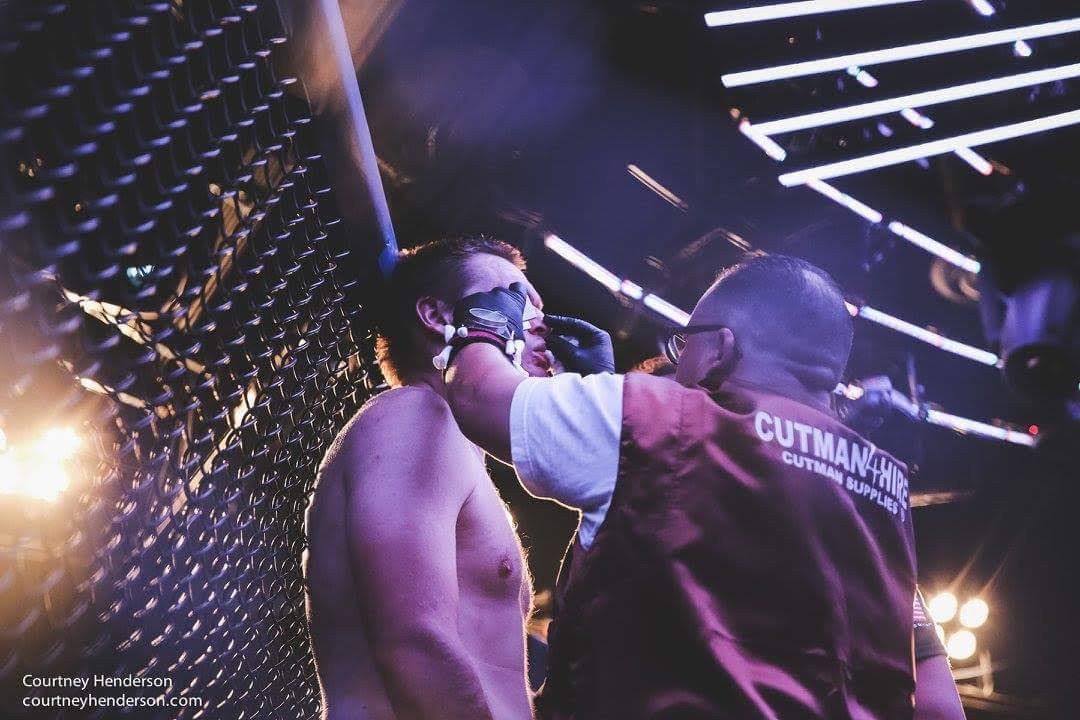 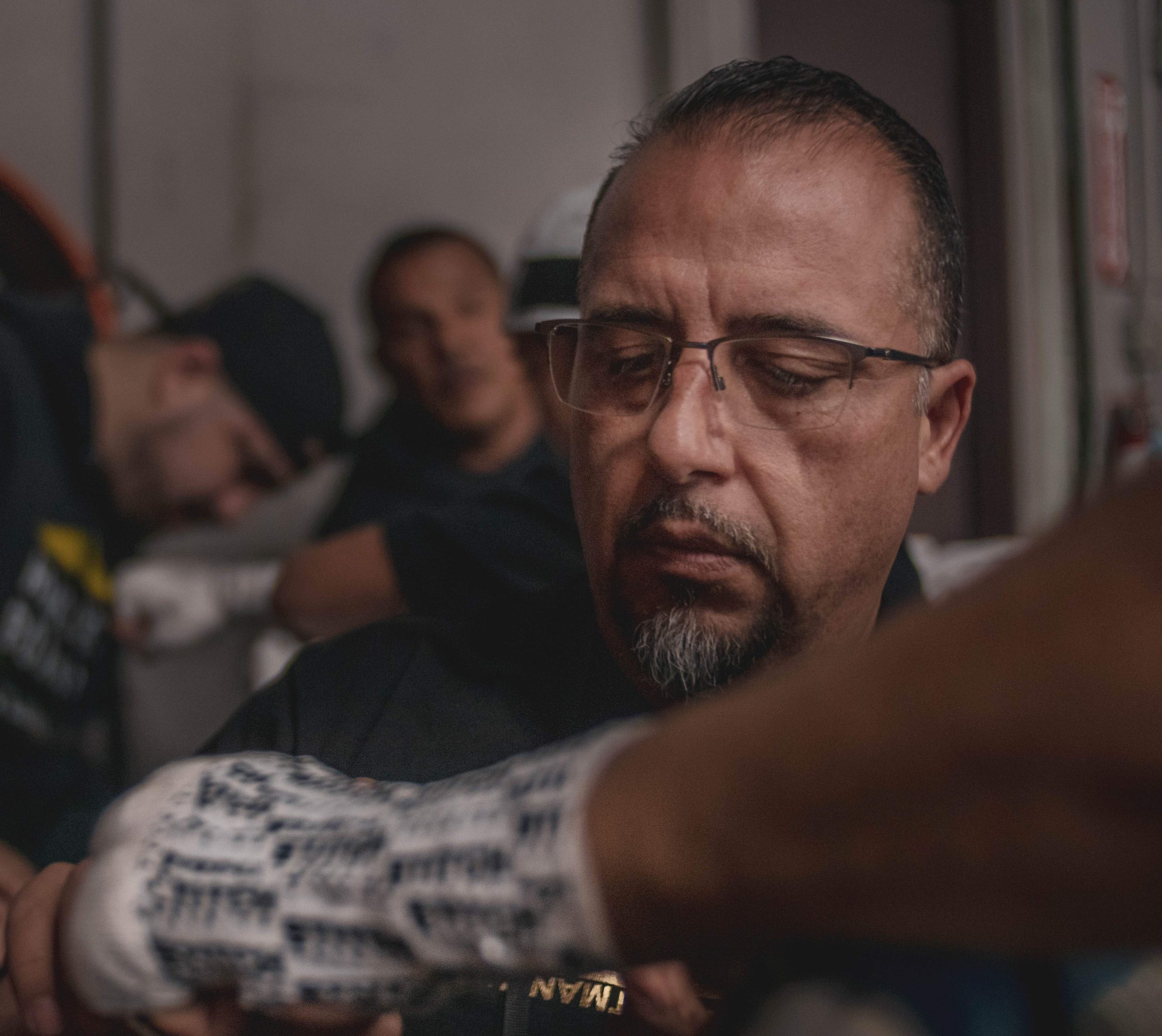 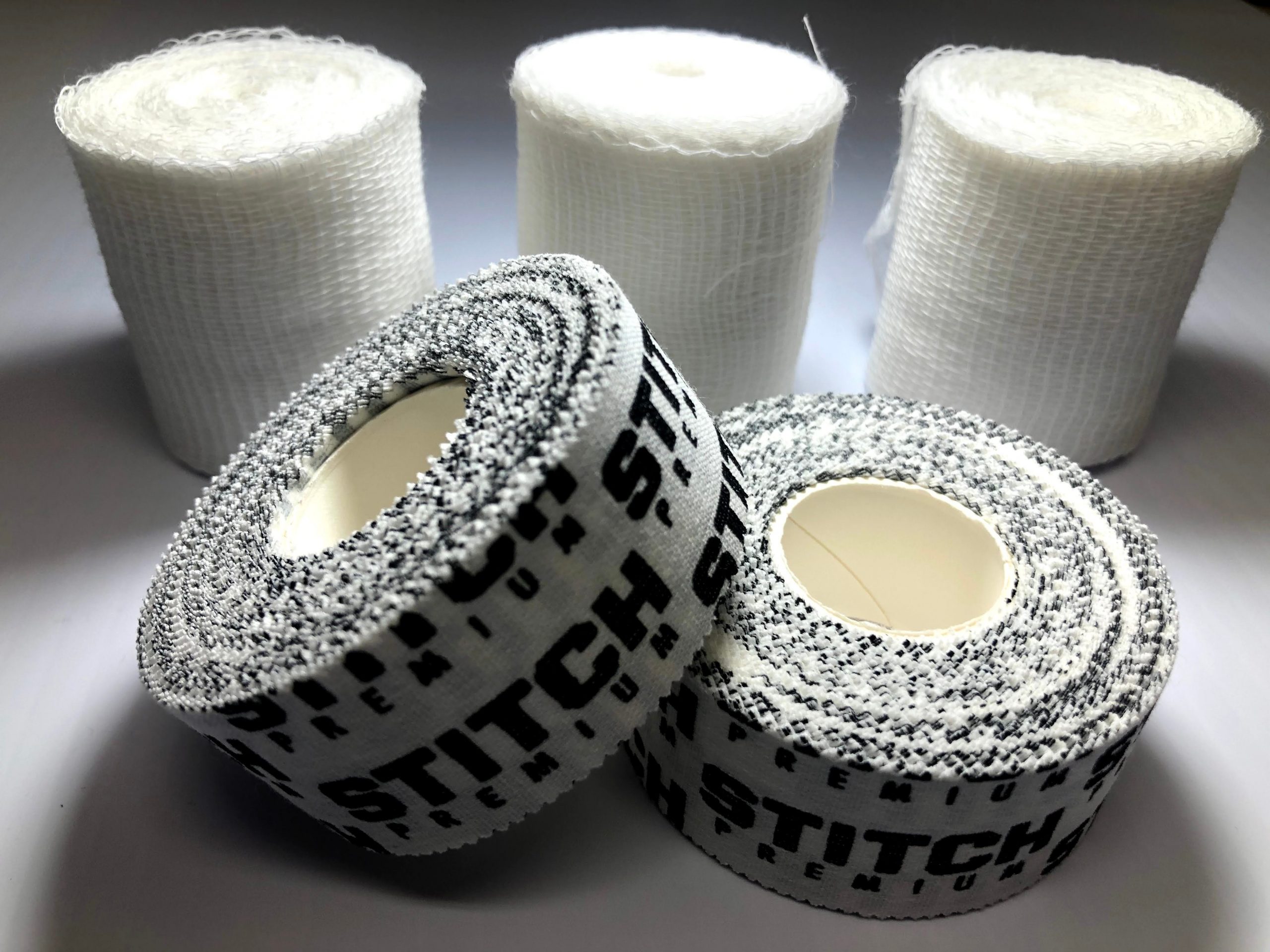