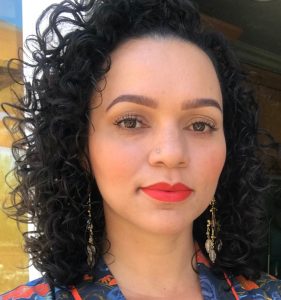 Today we’d like to introduce you to Roxanne Kymaani.

Alright, so thank you so much for sharing your story and insight with our readers. To kick things off, can you tell us a bit about how you got started?
As a mixed-race/biracial female who was raised in a predominantly white middle-class neighborhood by my single mother, I often struggled with understanding my identity. My mother is white and my father is Black. I am identified as the “light-skinned” girl with brown eyes and curly hair. My earliest memory of knowing I was different was at the age of ten, on the playground of my elementary school where a White boy called me a “slave” and told me to “go back to Africa”… I remember feeling hurt, embarrassed, and confused.

Questions I was asked frequently, “What nationality are you?” (I have found that most people who ask this question do not understand the difference between ethnicity and nationality), or the abrupt “What are you? Where are you from?” immediately branded me as different and, thus, somehow not the norm. I now view these questions not as simple requests for information but as an attempt to gain a position of power through exclusion and marginalization based on what the majority perceives me to “be.” Over the years, and depending on the context and environment, my answer to those questions would shift from Black and White, Black, mulatto, biracial, mixed, or other. But these labels did little to reveal the complexities of my mixed-race experience. Even in childhood, I never really felt connected to the racial description of any of these labels, although I did have another term to describe myself: different.

In my childhood, I knew I was different, and I often felt alone, as if no one else understood or experienced what it was like to be racially mixed. I am neither Black nor White, African nor American, but somehow I knew I was simultaneously all of these. Raised by a single White mother, I was not confident about my cultural heritage or ethnic identity. That fact made me different from most other people, certainly the other people who were part of my world at the time. During my undergraduate studies, I declared being a U.S. history major and ethnic studies minor, focusing on Black history and race relations, at least in part, to understand the struggle with trying to combine two identities that this society has, for many generations, said cannot (or, to be more precise, should not) be combined. I attended a few meetings of the Black Student Union, participated in conferences that focused on people of color, and, eventually, helped to organize the first Women of Color conference within the University of California system, which included a biracial student caucus. It was during this time that I began to identify as other – the binary mindset of Black, White, mixed – as a way to self-authorize how I distinguished myself and to reframe the context of how society categorized me.

I became more curious about my “status” and how I embodied both identities of Black and White. I wondered about others who were like me and how they self-identified. During my doctoral studies, I began researching the general human development concepts of Erik Erikson and Robert Kegan, as well as other hybridity theory, and the notion of Third Space.

Conversations with friends and colleagues about this liminal/hybrid/Third Space/space-between began to make more sense as I sought to deconstruct – or perhaps reconstruct – my identity, especially through the use of dialogue for reflecting upon past and present experiences. One conversation, in particular, had a lasting impact on how I approached the new interrelated concepts and constructs I had encountered. A few months into the conceptual development of my dissertation, I had a conversation with a female friend and colleague who is also identified by others as biracial/mixed. I told her about my idea of living in a “between space” with regard to my multiple identities and the experience of trying to define and create an identity from this Third Space. She shared her very similar story of growing up in Ohio, where she also felt like she did not belong, not knowing how to answer questions about her identity, and her experience of feeling alone.

As I ventured into this new learning, I realized the nature of the words “collective” and “only” together appeared to be contradictory. What this might represent is the notion that there is yet to be a language to describe this experience or this hybrid identity. This term served as a placeholder for what I thought would emerge at the end of this dissertation: a new language to describe this experience and a new term for this hybrid identity.

My lived experience as a light-skinned woman living in a monoracially categorized country has instilled in me a passion for learning more about the lived experiences of others who share this hybrid space. In an attempt to make sense and meaning of my “in-between-ness,” I continue to explore my own beliefs and expanding perceptions of living within and between two worlds, and the choice to let go of my old assumption about being the only person who has experienced this space.

I started researching biracial identity development models and found that most studies were centered in the field of adolescent psychology and only examine people at an individual level. It became clear that my dissertation research focus on this cultural phenomenon needed to be more than just a study of how individual women identified within externally designed categories. Through my intention to define and describe identity and have greater efficacy of voice in the process, my hope is that collectively, the participants of this study will join me in moving beyond a tired constructivist discourse toward a new, hybrid understanding of our collective identity. It is an opportunity to explore the collective lived experiences of this in-between space, using a dialogical lens to reveal both subtle and explicit characteristics about the space. In particular, it challenges the notion that the dominant discourse is held to fixed concepts of identity and provides an opportunity for a new paradigm of understanding. New possibilities for examining open spaces collectively, and reconsidering identity can be revealed, not as pre-determined and categorized by birth, but as socially constructed and collectively defined.

All this to say that this is what led me on the path to where I am today with my coaching and consulting business, focusing on identity construction as an entry point for people to develop a deeper understanding of diversity, equity, social justice, and inclusion.

Appreciate you sharing that. What should we know about Kymaani Catalyst Consulting?
Kymaani Catalyst Consulting, a self-owned coaching and consulting business dedicated to helping individuals, communities, and organizations in creating a more just and equitable society. Kymaani Catalyst Consulting offers equity-centered frameworks that bridge communities across racial, economic, religious, and cultural divides. She engages her clients in diversity, equity, and inclusion work using an identity construction lens that allows people to connect to who they are and how they show up in the world, as the entry point for understanding the external systems in their community that creates the internal realities that many people experience daily.

Dr. Kymaani’s passion is to support others in constructing their authentic self and create an understanding of who they are “being” as a way of developing a new relationship with themselves that offers a fresh dialogue for how to view and experience the world. Using this as her foundation, she supports individuals and organizations who are striving to create an environment where we are free from fear and that we can develop, explore and express our true capabilities. 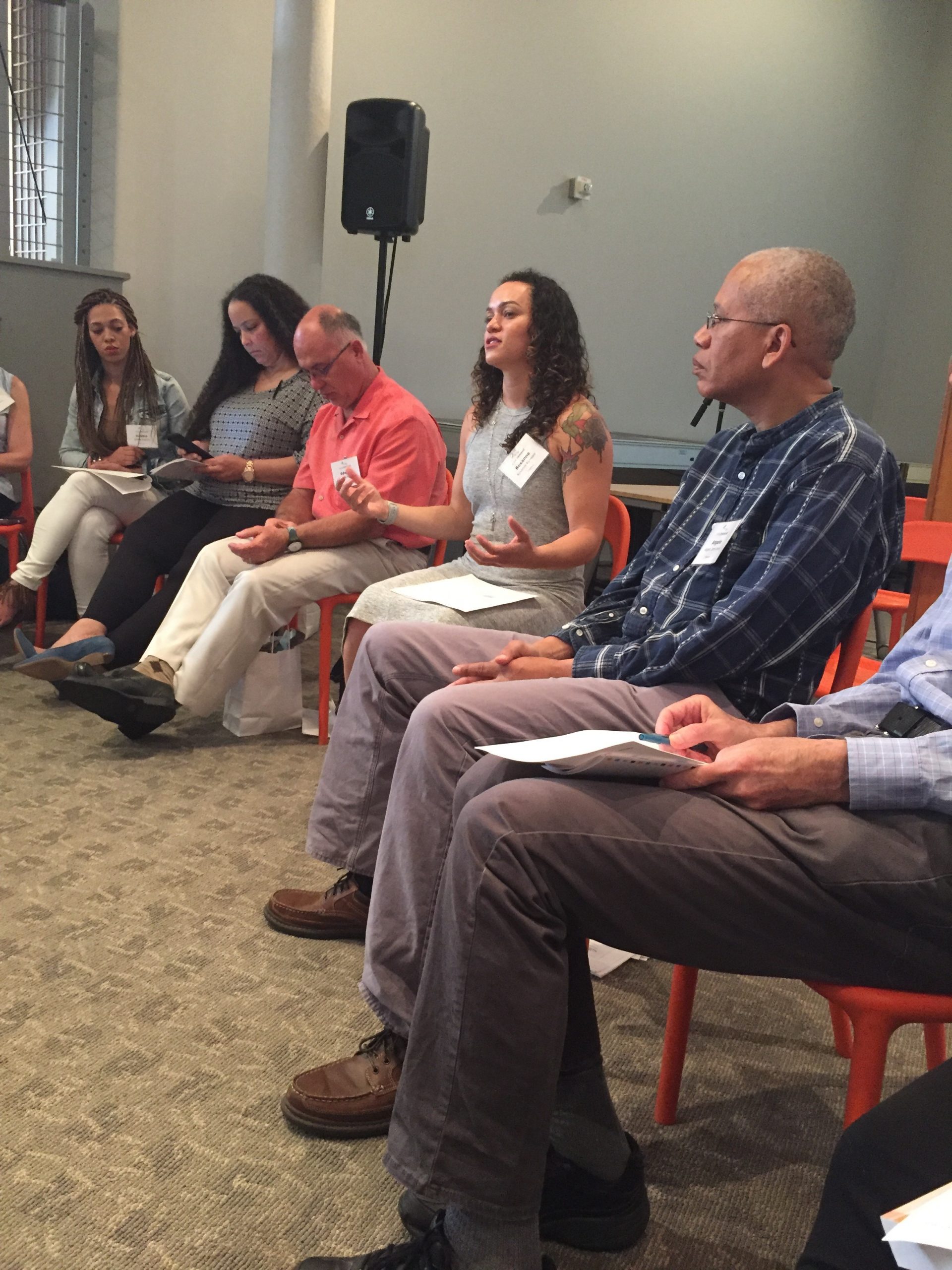 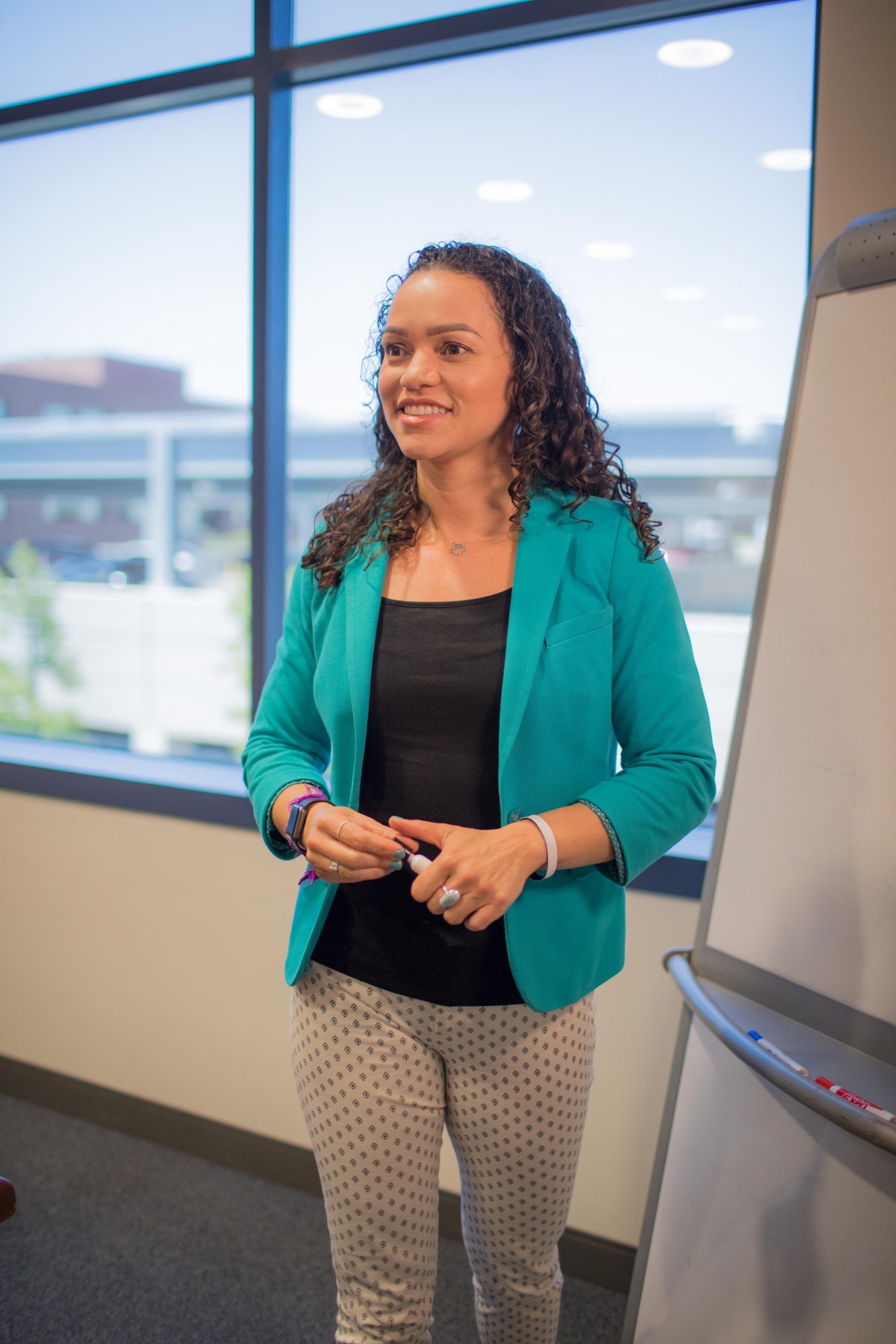 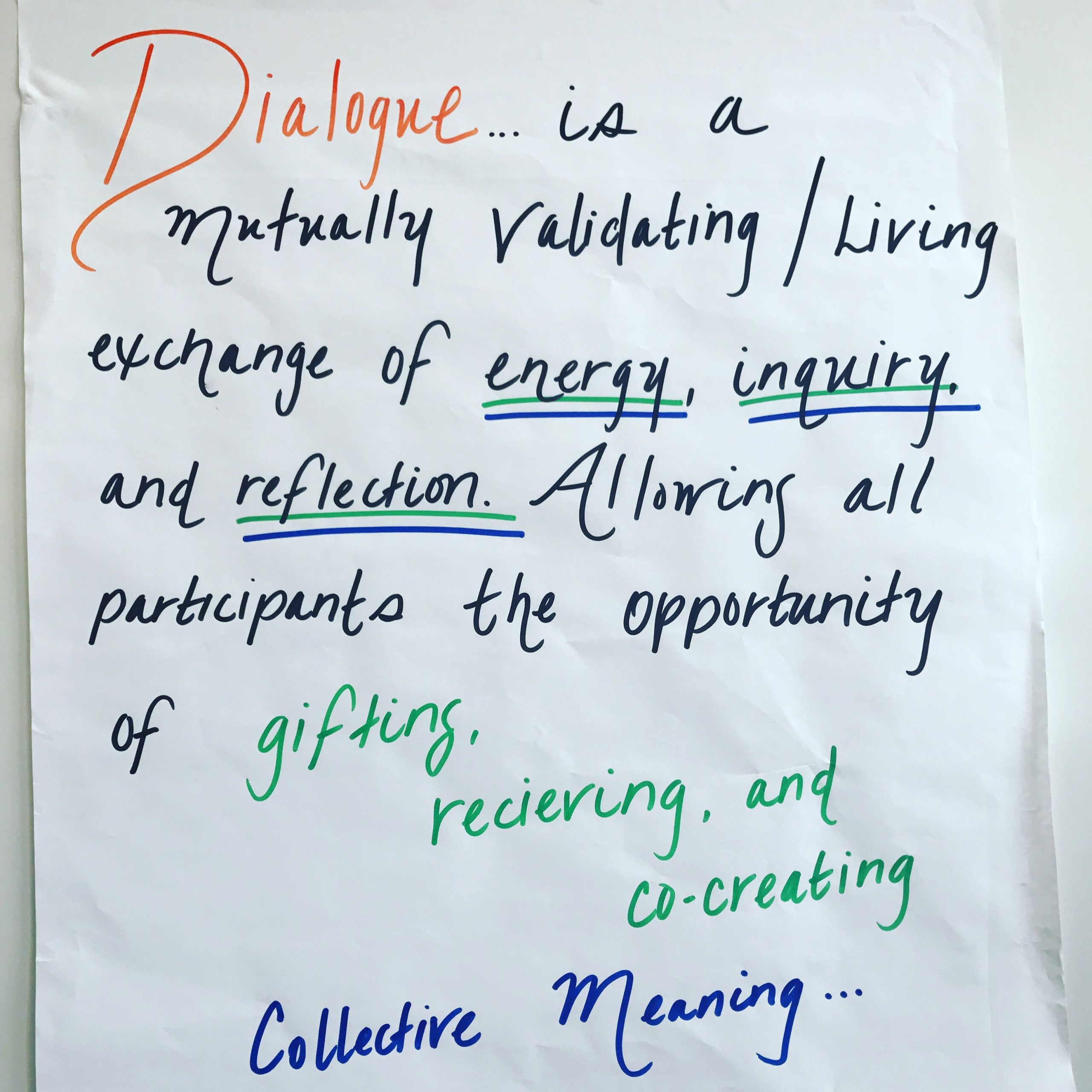 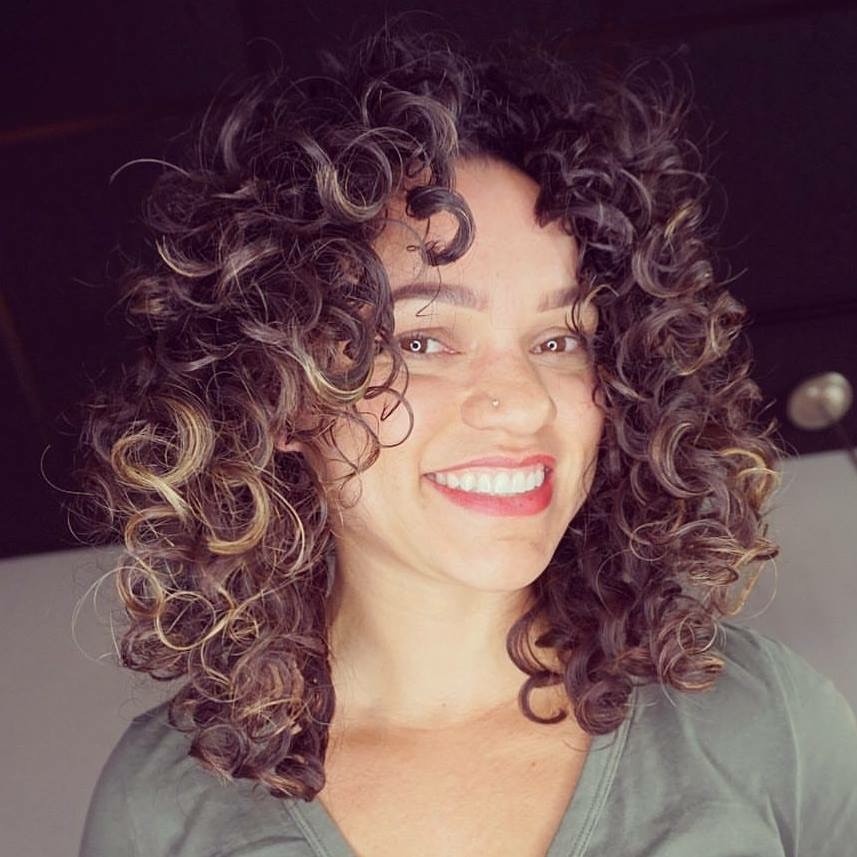 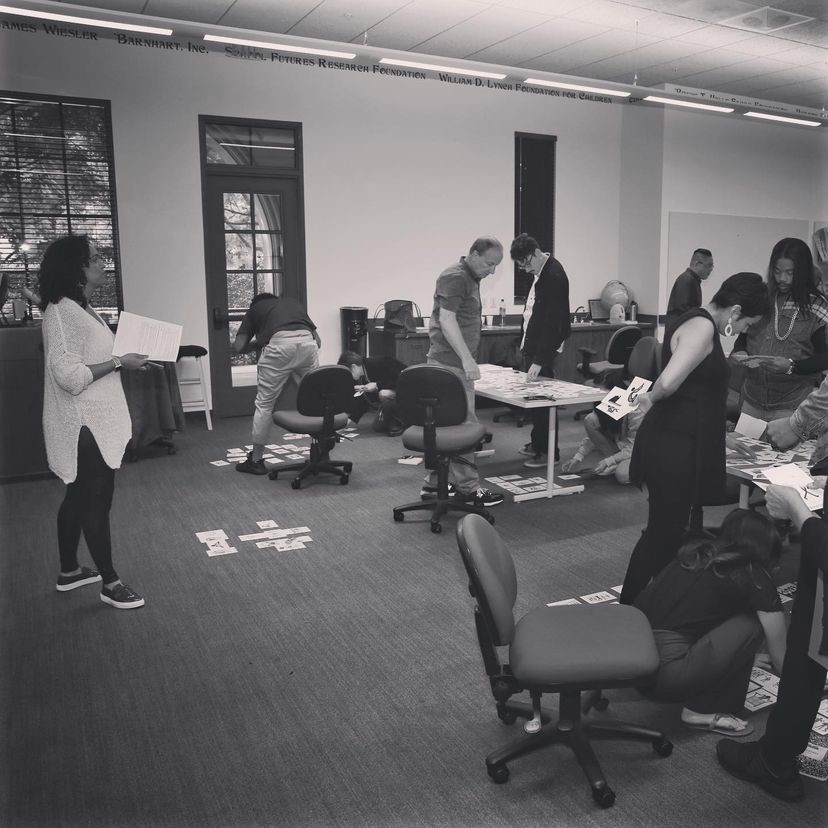