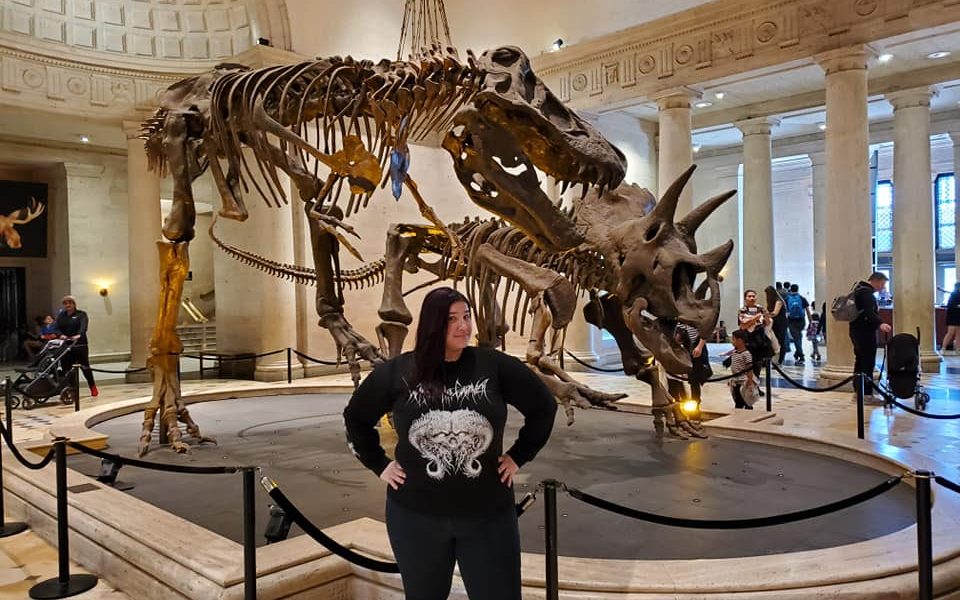 Today we’d like to introduce you to Anastasia (Annie) Cwiklinski.

Anastasia (Annie), can you briefly walk us through your story – how you started and how you got to where you are today.
I grew up in a Conservative Religious Military Household, living all over the US, and attended middle school and high school in North County San Diego (Fallbrook)… As a child, I was introduced to folk and classical music, my mother’s side of the family being full of musicians. This included my God Father Washington McClain who traveled the world playing Baroque Oboe teaching and sharing his profound love for music. This inspired me to play the Oboe myself at a young age, although I severely lacked the talent to continue on with both that and the piano long term.

My passion for music has always been there and constantly growing although I no longer play musical instruments and have instead turned to my true strength, the written word, to express my love of it. My dive into metal music began in high school after dabbling in various “phases” as I call them from Pop to Country to Hip Hop and then Techno and Alternative Rock. Ultimately landing on Hard Rock and only scratching the surface on the great expanse that is Metal Music.

My road to creating what is now Into the Pit with Annie is one that is filled with heartache and pain unfortunately.

My exploration of music dwindled in my early 20s as I married young and had the unfortunate experience of being in a controlling and mentally abusive marriage for a time. When that ended, I was a shell of the person I once was having had all the fire and passion put out for so long and trying to fill the void with alcohol. That was of course until I went to my first concert, outside of the symphonies my parents gave me the experience of seeing.

It was The Dropkick Murphy’s in July of 2015 on Fremont Street here in Las Vegas. I was sold on the feeling of community and the experience of live music vs. recorded. There is something about the rawness of live music without all the fancy filters of a recording studio with the lights and the smoke that makes it another level of euphoria. And when the music hits you it’s not just a sound you hear in your headphones it hits your whole body.

So I started to attend more concerts of well-known bands and eventually was introduced to the local and underground scene with more variety in music. It was to the point where I was attending upwards of 5 to 12 shows a month in various sizes of venues. In November of 2017, I was involved in an automobile accident that left me with some injuries that took a good deal of rehabilitation and limited my ability to attend shows in the same capacity. This made me switch up how I could support the Metal Scene both locally and regionally. I had played around with the idea of writing about my concert experiences and interviewing bands with a former acquaintance and finally made the jump independently in January 2018.

I started with bands and shows locally in Las Vegas and then expanded in 2019 to cover shows and bands in the Southern California and Southwest Regions as well as doing featured pieces on larger festivals such as Las Vegas Deathfest and Chicago Domination Fest. We have also acquired a couple of official sponsors Evil Twin Tattoo and House of Blues Las Vegas. Adding additional staff members on the way to create content such as album reviews and setting up interviews.

2020 is a whole new year and we are continuing to create waves in the Metal Scene with show sponsorships and International Coverage at Rock the Hell Festival in Switzerland.

While this is a work of passion it is not one that can be done with no cost. I am lucky that I also have a successful career in the Renewable Energy Industry (due to our company’s policy on press I am unable to disclose which company I work for) that enables me the flexibility for travel and of course the paycheck that provides me with the funds to support the operation costs needed to continue to achieve success.

Great, so let’s dig a little deeper into the story – has it been an easy path overall and if not, what were the challenges you’ve had to overcome?
The biggest issue I had was in getting organized on the front end. I had no clue how to build a website and it took a while for me to get it the way I wanted it. Social media was another big hurdle. In this day and age social media has a huge impact on growth and impact, especially in an industry involving music. I didn’t know the first thing about using Instagram, Twitter or YouTube and I’ll be honest some of it still scares me a little. The last big one for me was being confident enough in that what I was planning to do would have an impact and be of value to the industry.

Other than that, given that my daytime industry is also male-dominated much like the music industry, I didn’t come across too many challenges. There are always going to be the people who try to discredit me due to the amount of time I’ve spent actively in the music scene versus others but ultimately most come around. There were some initial struggles with some bands and other industry people where it definitely felt like they weren’t taking me seriously solely based on the fact that I am a woman but they were and still are pretty rare.

My advice to other women starting their journey in following their passion is to go for it. Don’t let someone else make that decision for you. If you want to, do it.

— Plan it out and set small realistic goals for growth. Biting off more than you can chew especially when you start off doing something on the side can cause unnecessary stress and isn’t worth trying to take too big of a leap. You risk burning out. Slow but steady growth rather than fast and scary is better for a longer-term pursuit.

— Success is not always about dollar signs. I know that this seems like a crazy notion but it’s true. For the first year, 95% of everything I did was out of my own pocket. Monetizing your passion does not happen overnight.

— You do not need the validation of others to pursue your passion and keep doing what you love. Know that you are going to have people who are going to try to drag you down and tell you that you can’t do it or talk shit (pardon my French) when you are doing it because they haven’t been brave enough to take that step themselves or have the same level of success with it.

— Do not be afraid to be honest and trust your gut even if makes you backtrack a little. In any industry, there are going to be people who try to take advantage of how fresh you are to something regardless of what your actual knowledge level is. Even if they are offering you something that could be beneficial to your growth exponentially if you feel uncertain about it or think it’s too much be upfront about it and “shop around”.

— Get things in writing. If it’s a text message or a message on social media or a contract, getting things in writing is important. If someone doesn’t want to have an agreement in writing especially when money is involved it leaves you at risk of being taken advantage of.

What should we know about Into The Pit With Annie? What do you do best? What sets you apart from the competition?
I write show reviews, album reviews and highlight pieces about the Metal Scene. I’m very proud of the impact that we have had on the scene. Providing exposure for bands and venues alike in a genre that is very niche and doesn’t get a lot of media coverage in comparison to other music genres. There are plenty of publications that do a great job at covering rock and the bigger / mainstream metal bands out there but there are so many other bands that people have never heard of that are making amazing music. I wanted to shed a bit more of a light on that and bust through the barrier of misconceptions of what it’s like to go to a metal show. Especially from a female perspective where there isn’t much of a voice.

I pride myself on the fact that the Into the Pit with Annie brand is known for uncensored and brutally honest content. We are not yes-men, a tabloid or a news outlet and keep things real. There is a value in not sugar coating things sometimes. I don’t want people to think every show is perfect and set that expectation or that bands are larger than life. They are people to and bringing them down closer to their fans to create a more genuine bond and appreciation is what I’m about.

Do you have any advice for finding a mentor or networking in general? What has worked well for you?
I didn’t really have a mentor per say. I grew a strong network by getting to know people who were indirectly and directly involved in the industry. I asked them a lot of questions in the areas they specialized in. And I didn’t force myself to work with anyone who I didn’t mesh well with making it easier to maintain focus on my end goals.

Be friendly with everyone but realize that everyone is not your friend. And much like friendships some networking/business contacts are short term while others will stick around for the long haul. 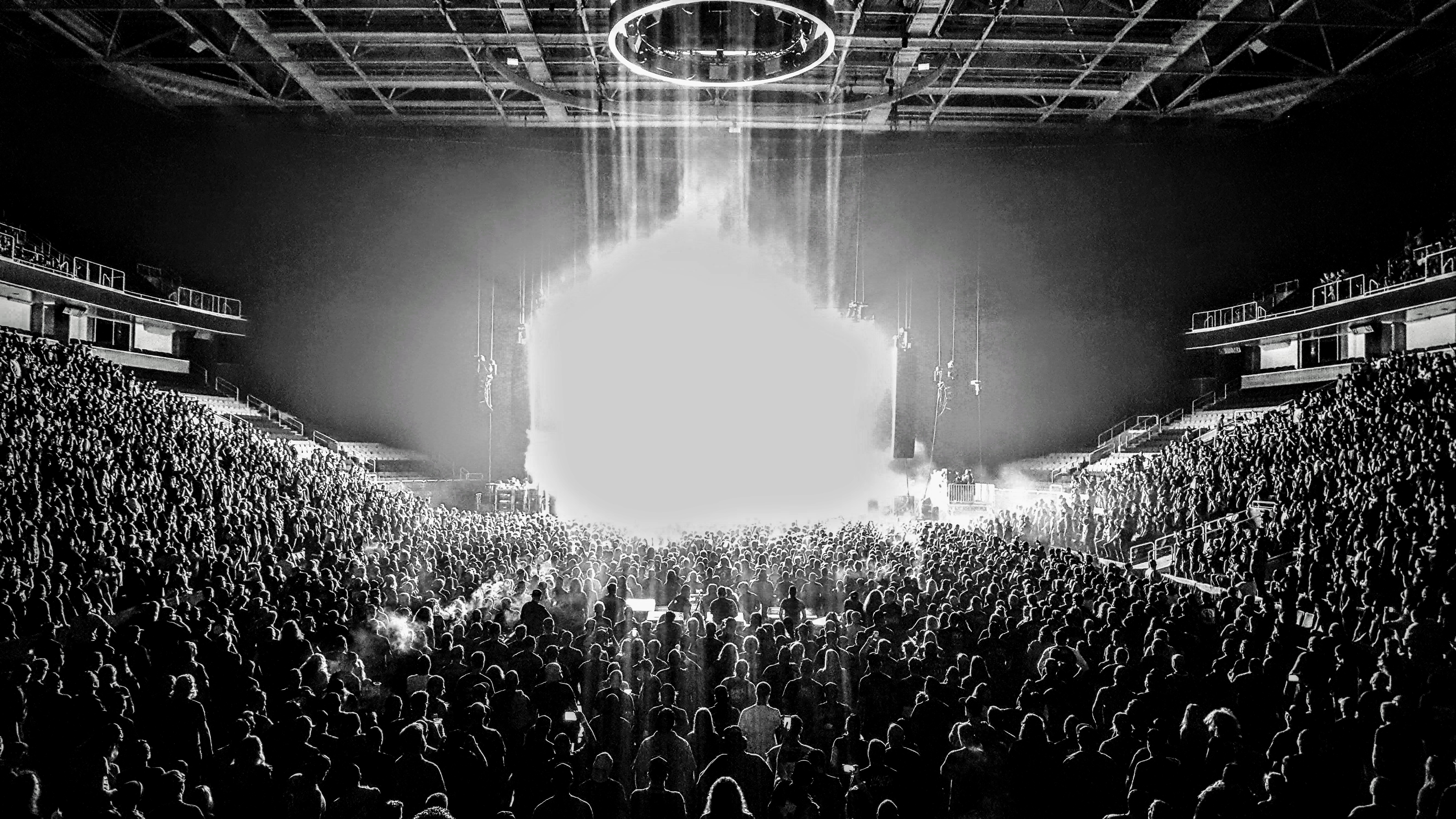 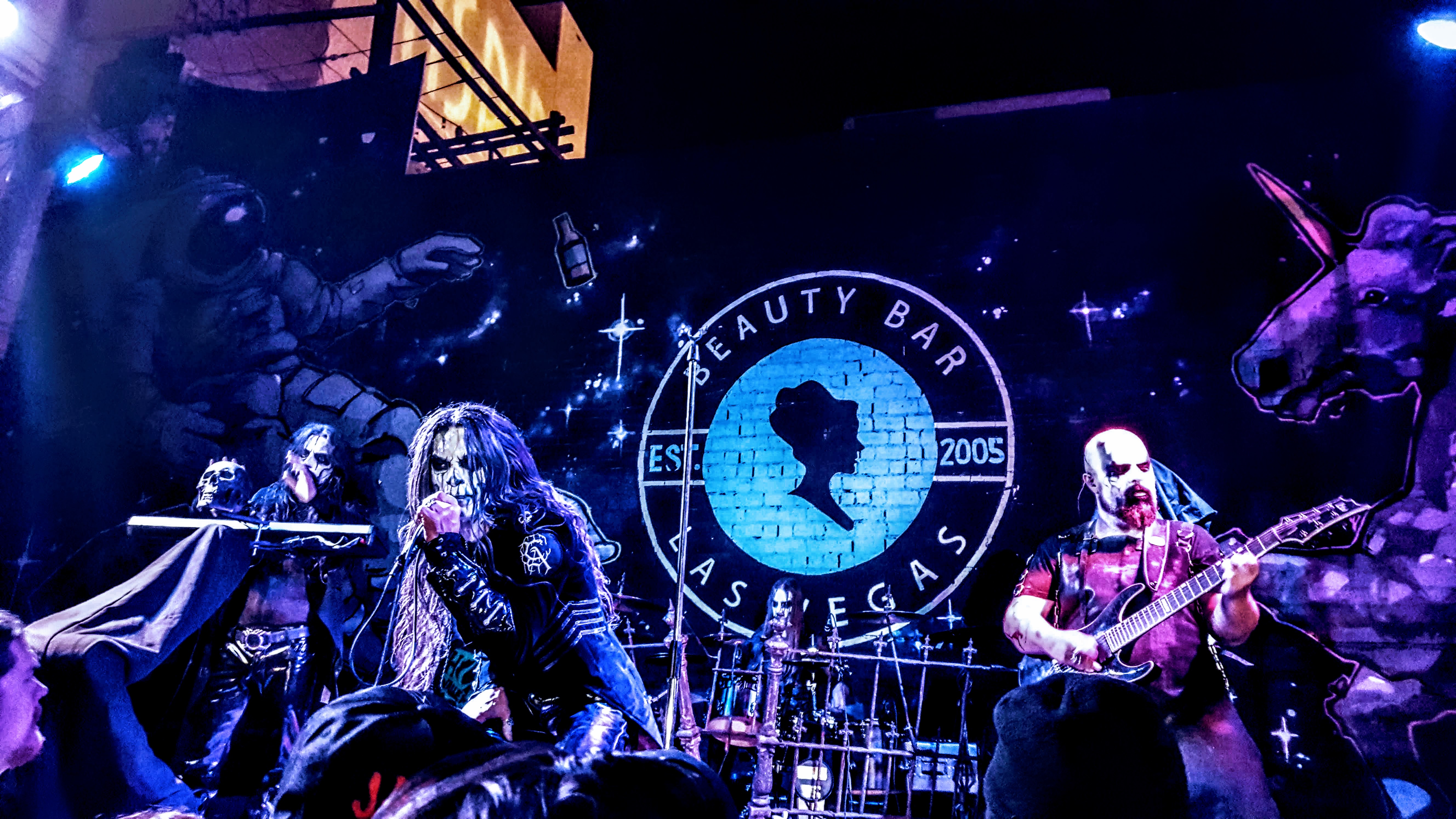 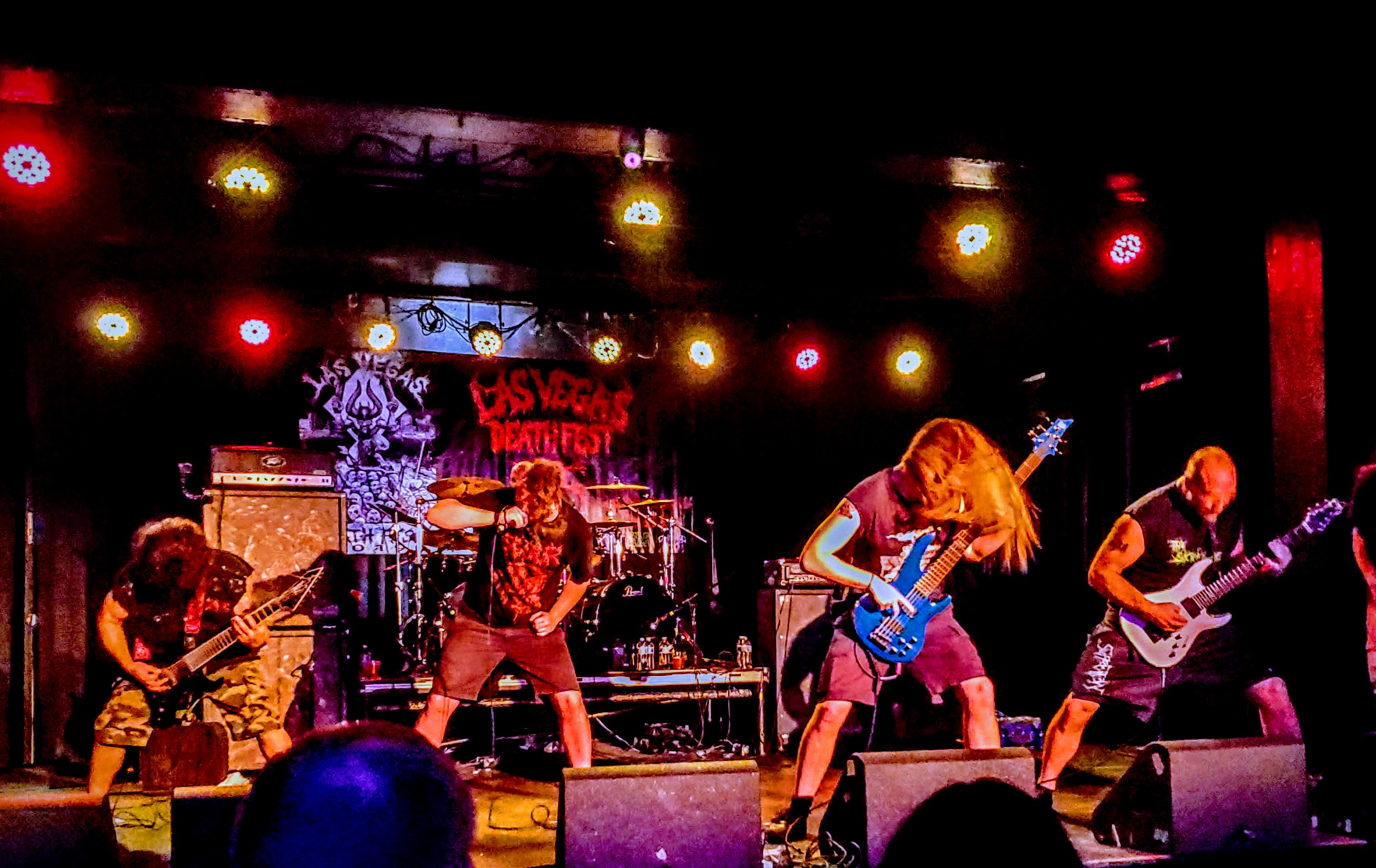 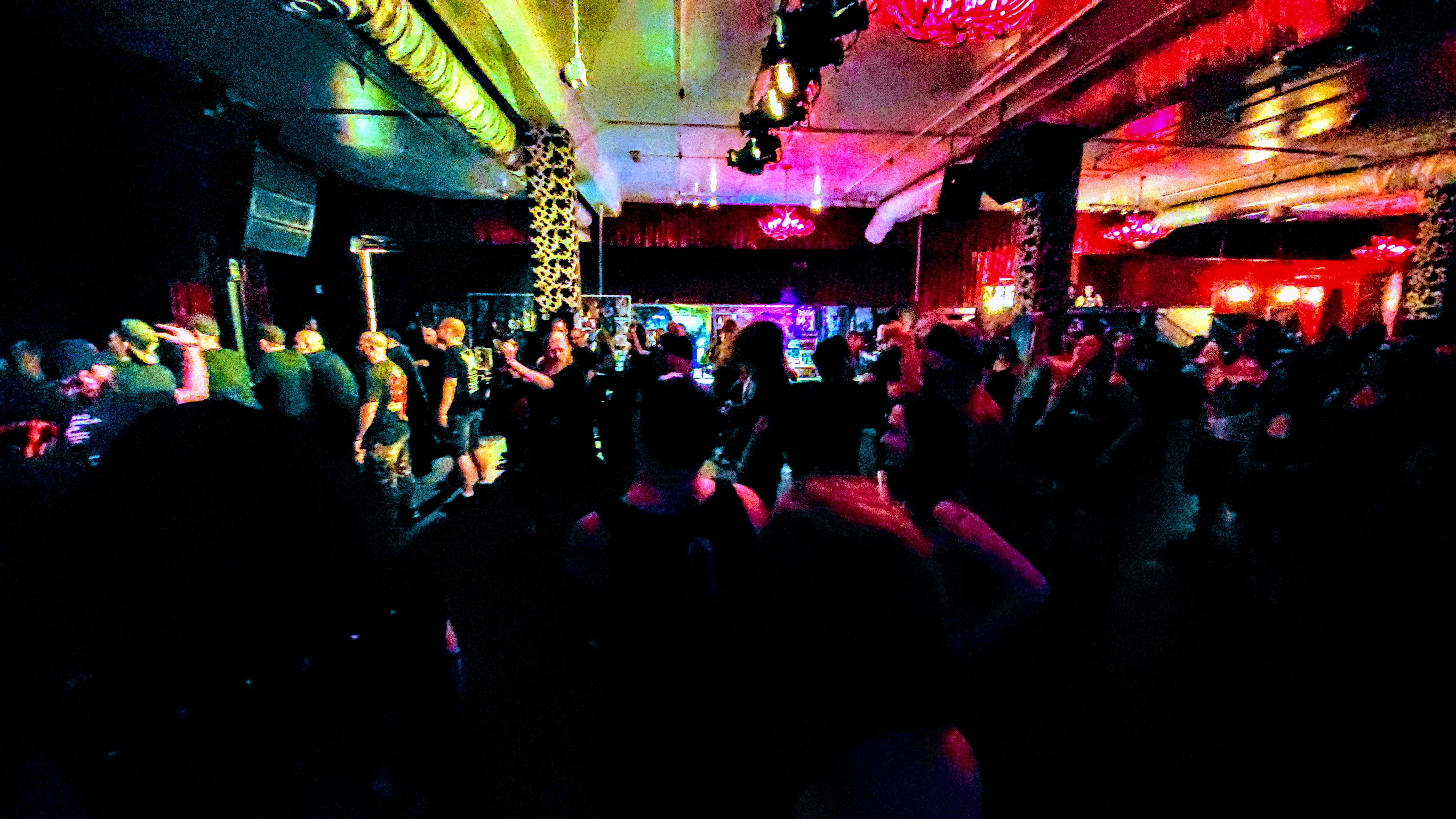 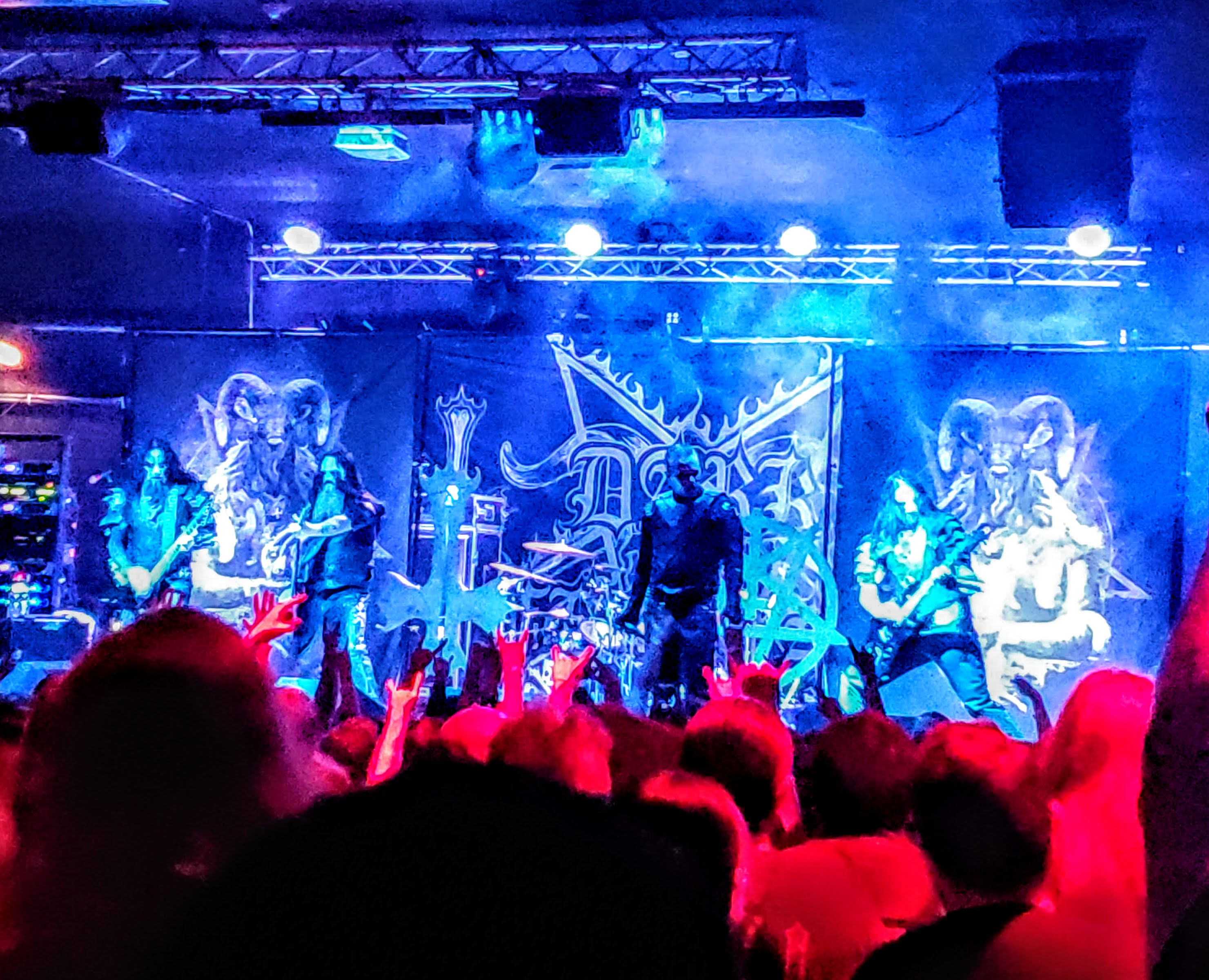 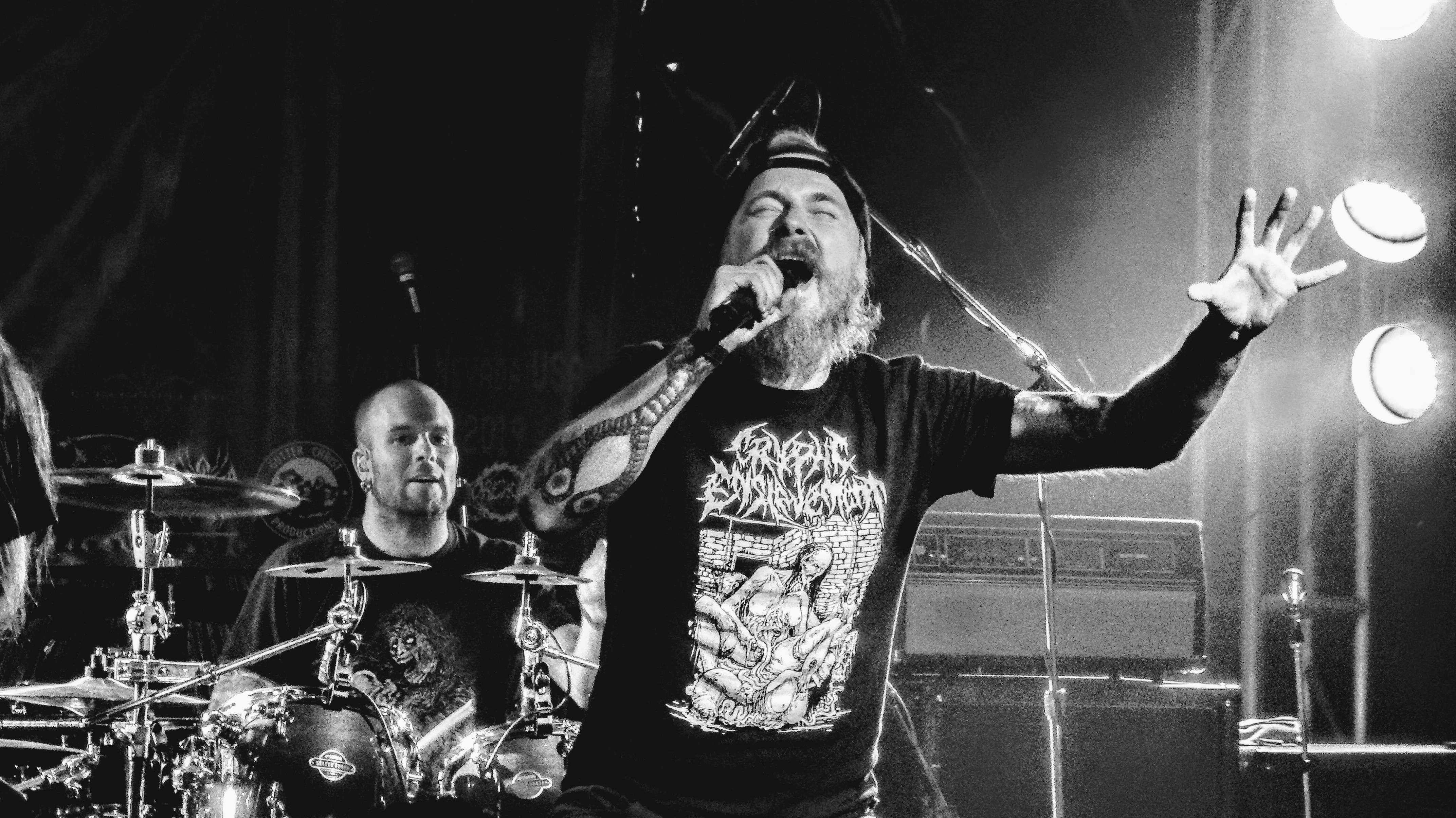 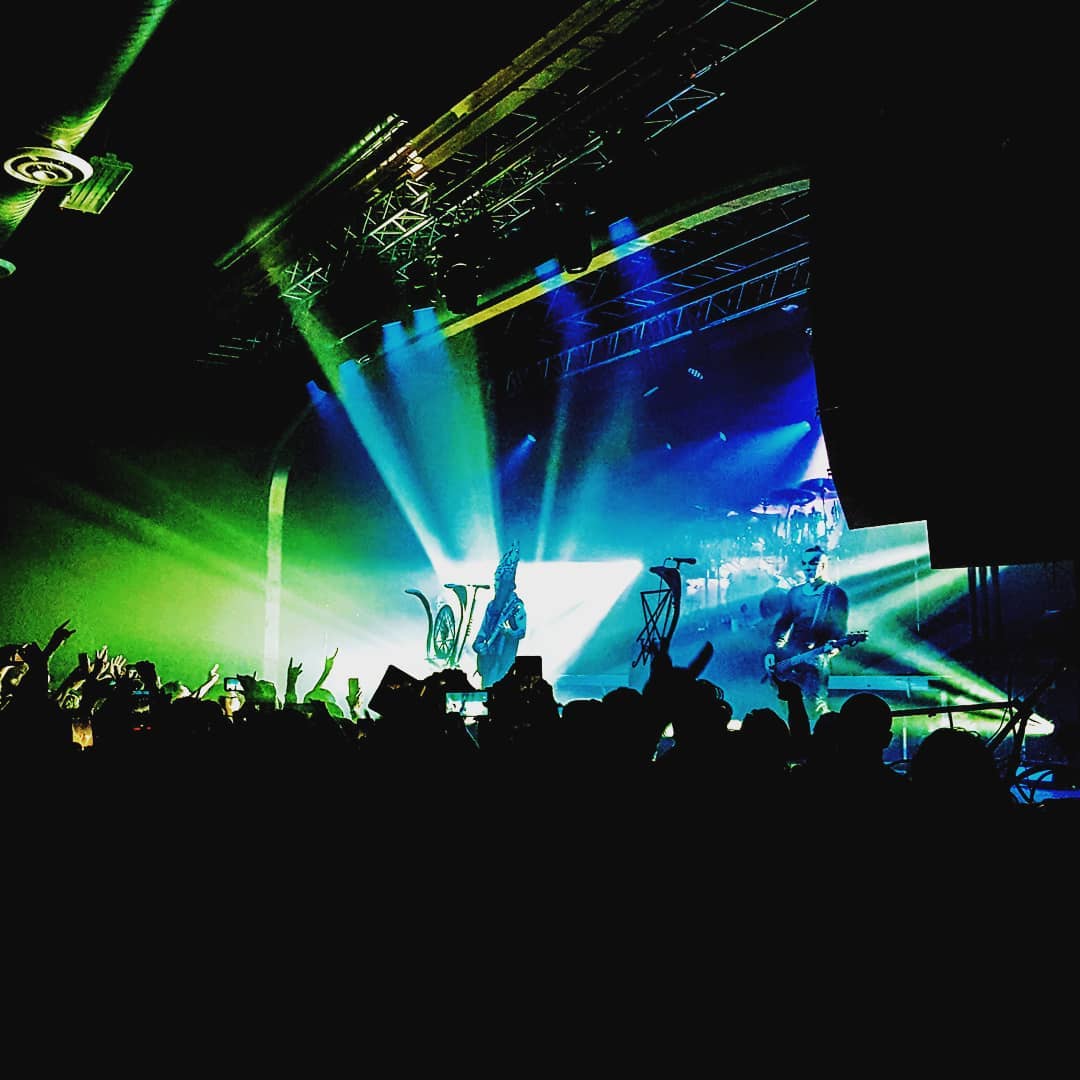 Image Credit:
Into The Pit With Annie