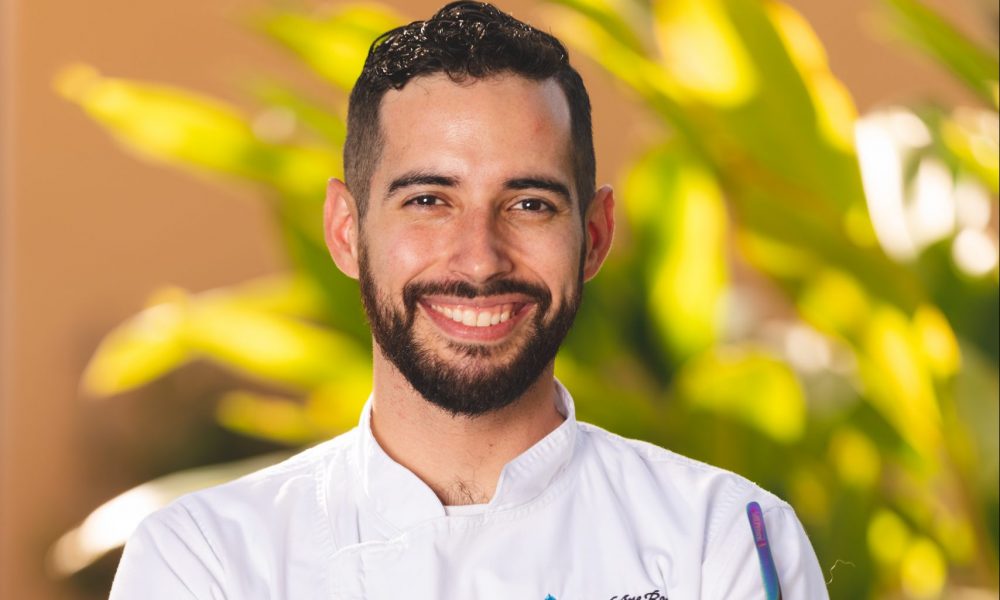 Today we’d like to introduce you to Alex Pailles.

Hi Alex, thanks for sharing your story with us. To start, maybe you can tell our readers some of your backstories.
I’m a first-generation Mexican American. My parents are from Mexico City, I was born in Coronado Hospital. We are a family of 5; I have two older sisters. I started cooking after watching my mom make wedding cakes and other small creations to feed us when we were younger. After changing majors a few times I started at a restaurant as a dishwasher, quickly taking an interest in everything that was the restaurant industry. It was then I decided to put my everything into cooking and furthering my knowledge. After being rejected by my chef at the time, I decided a single no was not going to be the end of my culinary career; I moved to LA and studied at the Le Cordon Bleu, furthering my knowledge which would eventually lead me overseas to pursue a further knowledge in fine dining. I moved to Barcelona, Spain, for a few months to finish up my studies abroad and working a Michelin-recognized restaurant, Xerta. It was there I fell in love with the complex flavors and plating that goes into fine dining. Apon returning to the states I was eager to put my knowledge to the test and found myself at the marine room. Chef De Cuisine, Ron Oliver, welcomed me with open arms. Every chance I could, I would ask as many questions I could furthering my knowledge to the point in which, a few years later, I had made my way around every kitchen position earning my first sous chef title. Shortly after covid struct putting many restaurants in jeopardy but that didn’t stop the pursuit to keep moving forward, opening the doors to private catering and other more intimate dinners. After a year doing private dinner, the Marine room’s invitation to come back was presenting and I accepted. With a new, more open mind in the company, the want for change and new flavors was apparent. Executive chef, Mike Minor, presented me with the chance to be the Chef De cuisine which I could not accept fast enough. Soon after making change after change, we welcomed new Latin/ Peruvian flavors into what was once strictly French food. The restrictions of a single culture food being lifted opened the doors to new more exciting flavors. After a year in change I could not be more motivated to keep going and test the boundaries of the food we can create at the marine room.

We all face challenges, but looking back, would you describe it as a relatively smooth road?
I was definitely presented with harsh truths. What I mean by this is that straight after school, you definitely don’t know everything, and this truth definitely hits you like a truck. Plates flying at your head, Chefs screaming at the top of their lungs, pot after pot of burnt sauces. Nothings easy, but the key to everything was definitely to learn from all my failures and never make the same mistake twice.

Thanks for sharing that. So, maybe next you can tell us a bit more about your work?
As Chef of the Marine Room I pride myself on never turning a new idea down. If a recipe presented is doesn’t work, we do our best to make it work or add it to something else that will make it a more complex yet complimentary flavor. I wouldn’t say I’m known for much, but we definitely do our best to make Beautiful yet flavorful dishes that you can’t find in most places. I’m most proud of the sustainable seafood program that we have started to implement as of recently that only challenges up further to get creative and use what’s readily available to us here in San Diego, whether it be from the south or from the north there are a plethora of amazing ingredients we don’t have to go far for. Our Blue Fin tuna dish is one of my favorite things on our menu and just so happen to be one of my first changes. The tuna is Local, along with almost all of the ingredients on the dish; not only is it delicious, but it is an aesthetically pleasing dish I always recommend.

Is there something surprising that you feel even people who know you might not know about?
I love to grow my own garnishes and have a quite extensive garden at home. I built my own planters over 2 years ago, and since then, I have grown many new edible ingredients that I implement into our plating every chance I get. 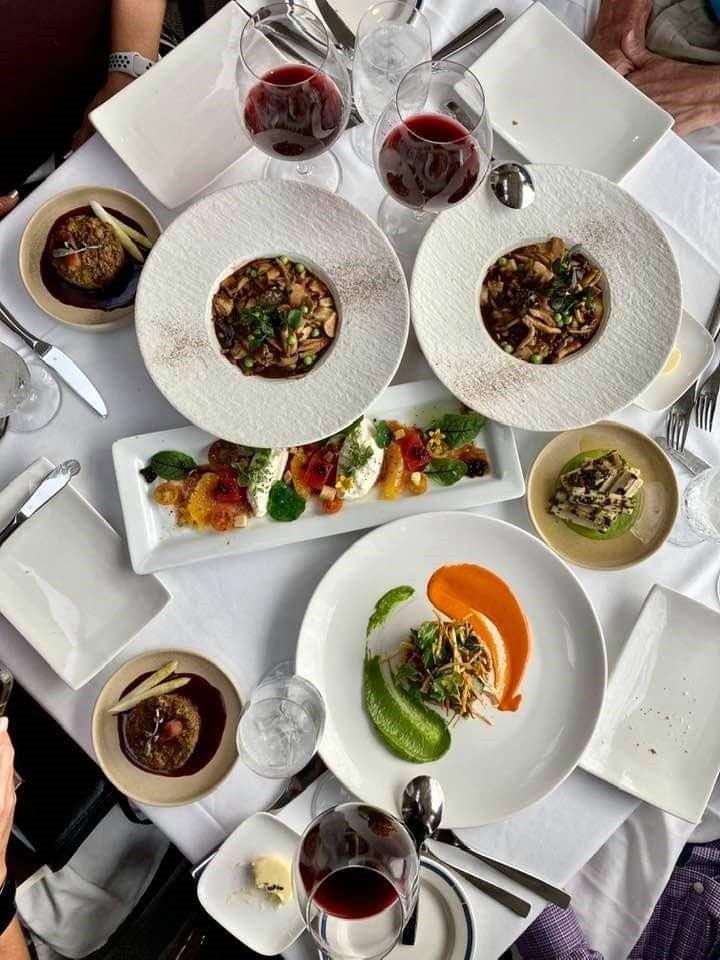 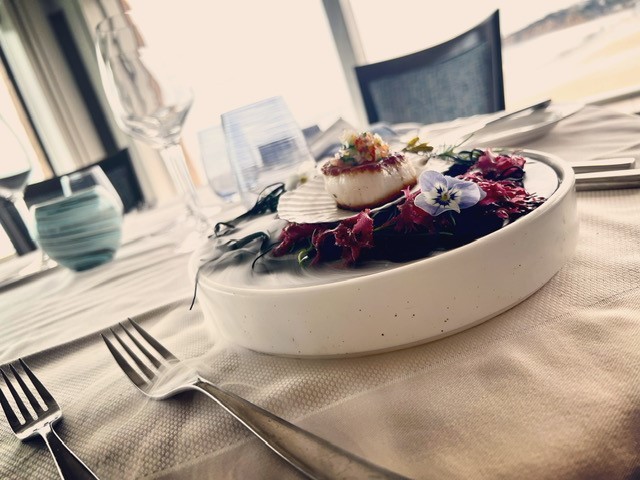 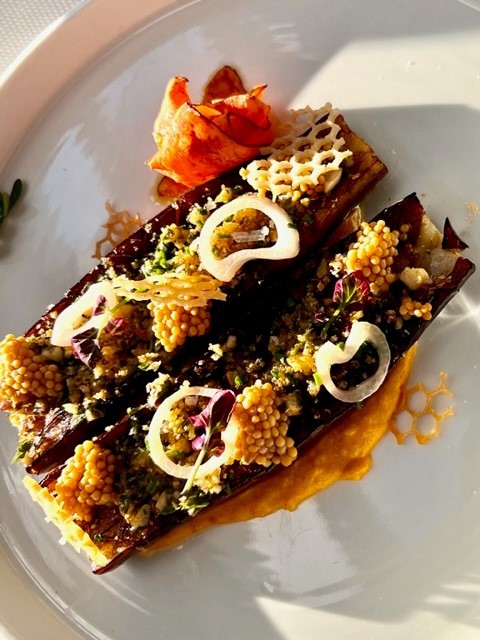 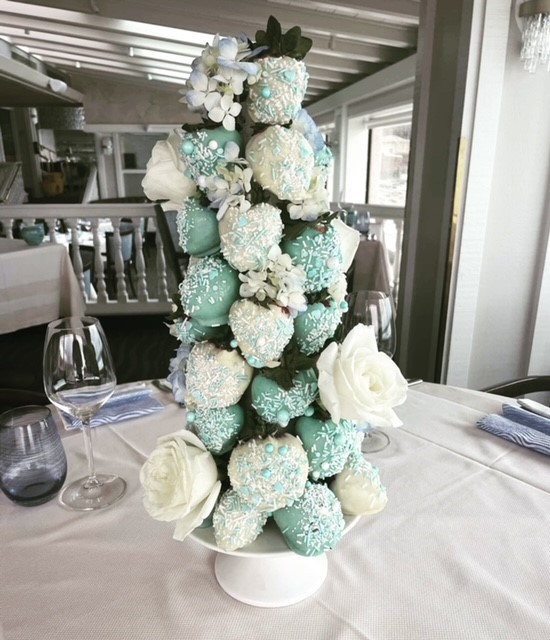 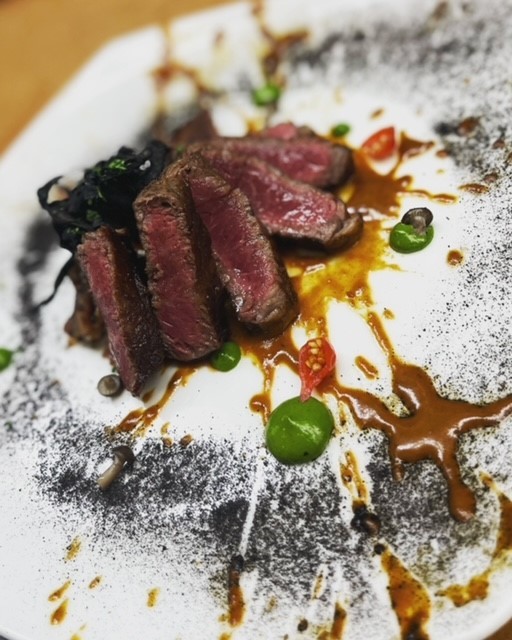 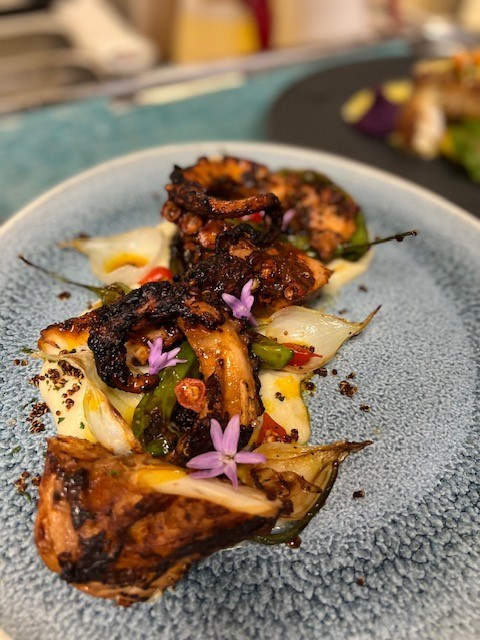 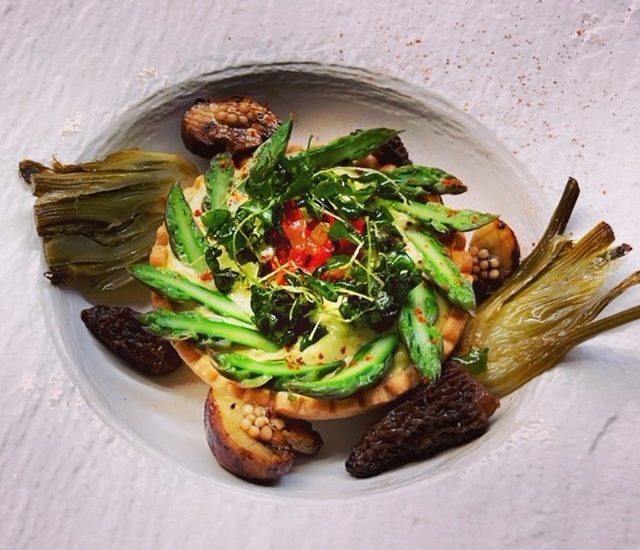 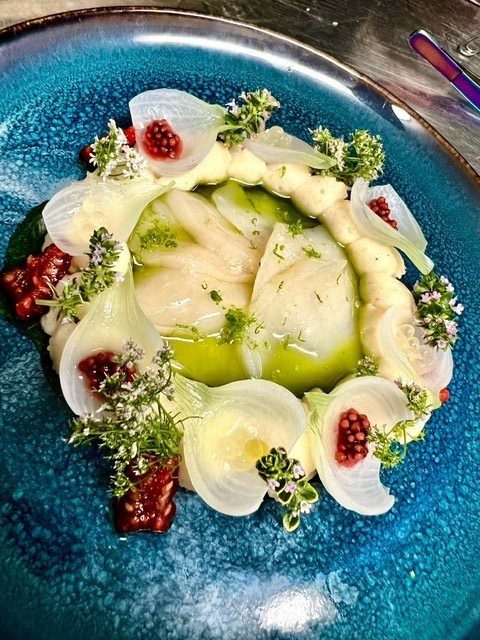 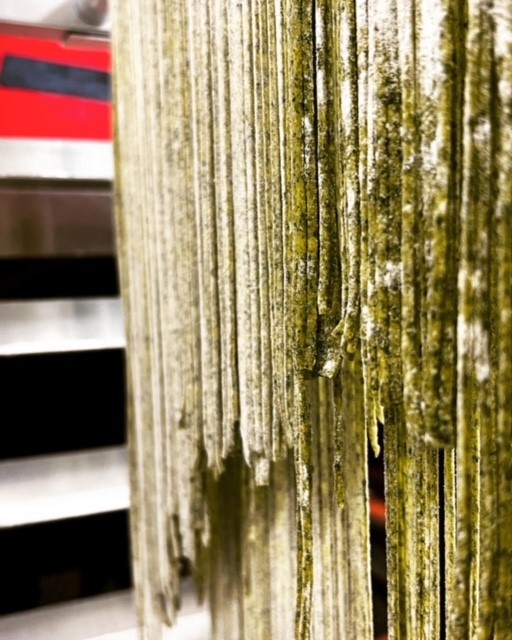 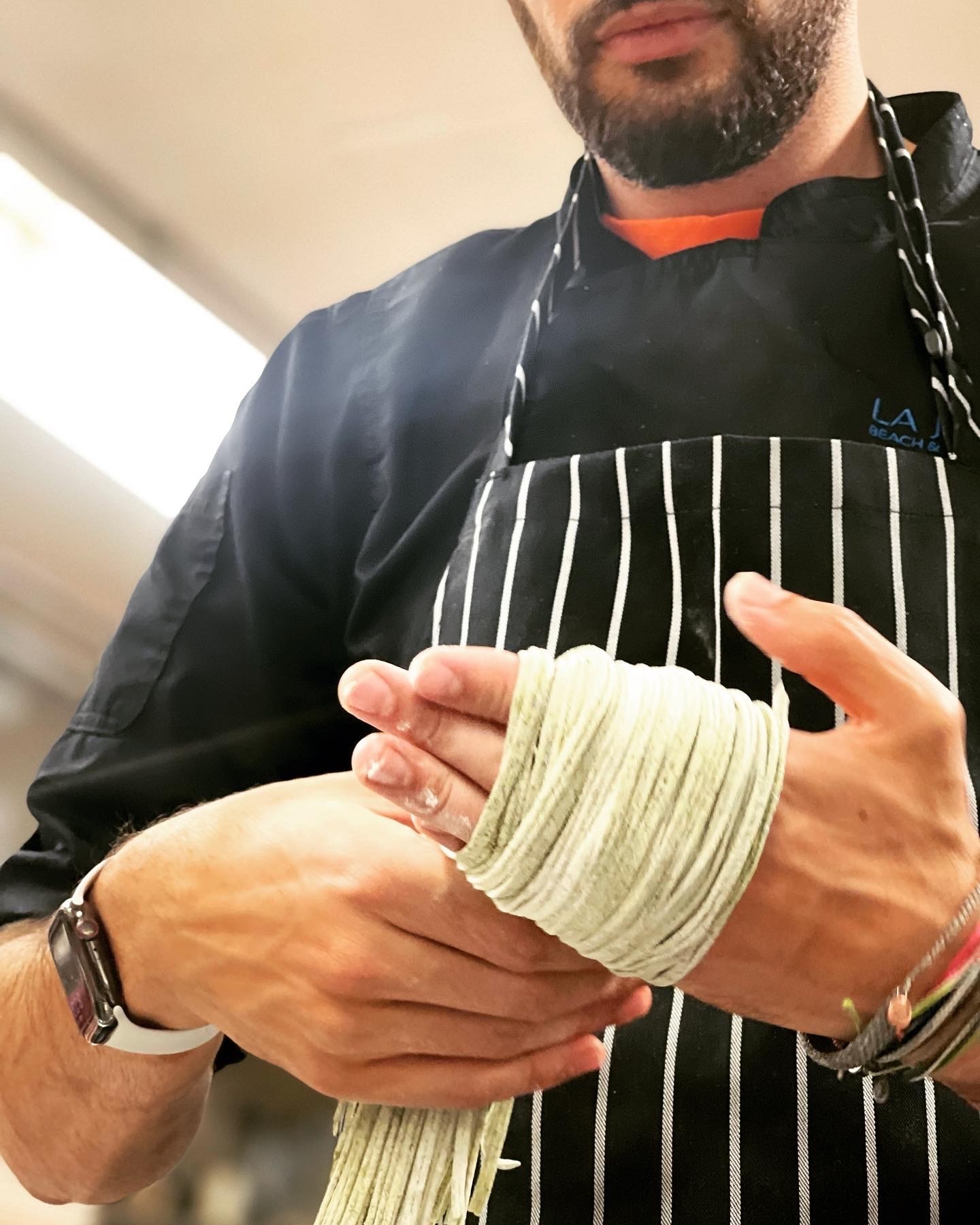 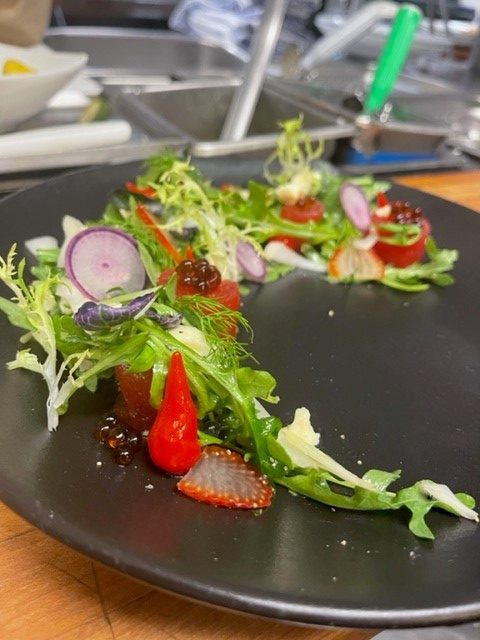 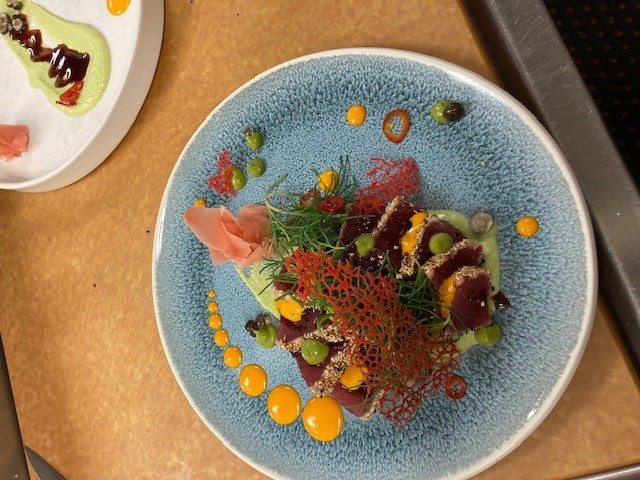