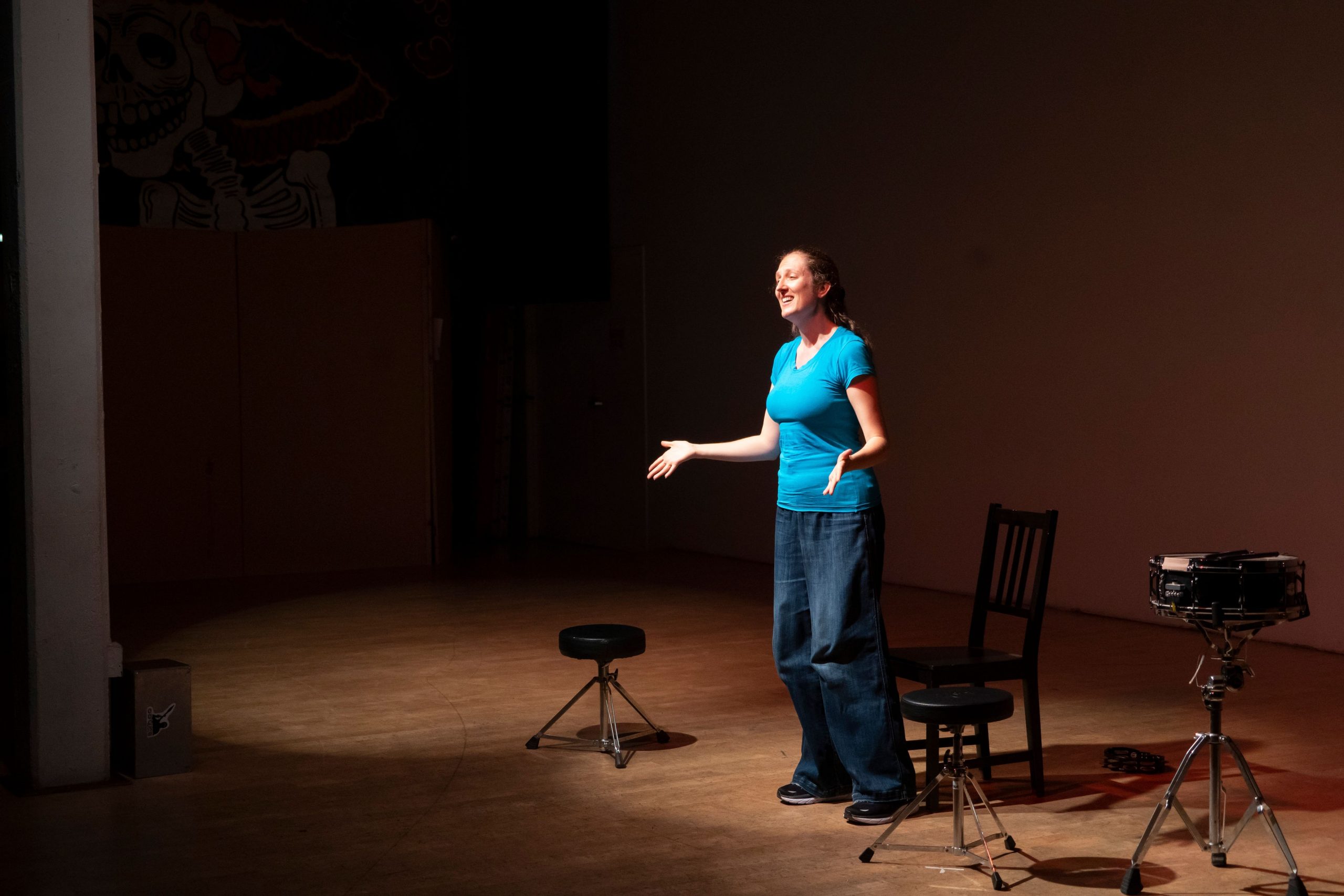 Today we’d like to introduce you to Catherine Gray Barnes.

Alright, so thank you so much for sharing your story and insight with our readers. To kick things off, can you tell us a bit about how you got started?
I’m a drummer, percussionist, songwriter, actor, and comedian. I grew up in San Diego and had the good fortune to participate in San Diego Junior Theater and the San Diego Youth Symphony. I always loved both acting and music, but the two disciplines always conflicted. I ultimately decided to focus on music since it is (marginally) less focused on looks than acting is. I attended Northwestern University with the goal of becoming an orchestral percussionist.

Someone once said that orchestral percussion is like flying an airplane: long periods of intense boredom followed by brief periods of intense fear – and it’s absolutely true. I wondered what it would be like to study the music of a culture where drums are the main event instead of an afterthought at the back of the orchestra. Luckily, Northwestern offers fellowship opportunities. I received an undergraduate research grant to study percussion in Ghana. After graduating, I got a Fulbright scholarship to study percussion in Brazil.

Ghanaian and Brazilian musicians are brilliant improvisers. In their presence, I often felt like a trained monkey; I could read notes on the page, but I couldn’t play anything original. When I returned to San Diego, I decided to study music production at Miramar College and jazz theory at Grossmont College so that I could write and produce my own music. I started performing my songs at local open mics.

Open mics are fun, but after a while, I thought I might pull my hair out if I had to sit through another lousy acoustic guitar cover. A friend suggested I apply to San Diego Fringe, a local independent theater festival. I missed acting, and I’d always been interested in performing a solo show, so I applied and got into the 2018 festival. I put together my first show, “International Man of Mystery,” using my vibraphone (a metal xylophone with a damper pedal), a Brazilian tambourine, 10 original songs, and some stand-up comedy. It went on to win Best Show with Original Music at Tucson Fringe and an Audience Choice Award at Hi-Desert Fringe in 2019.

A friend of mine saw “International Man of Mystery” and suggested I work with acclaimed solo theater director Jessica Lynn Johnson. That sounded fun, but she was based in LA; that would never work! COVID had other ideas. When the pandemic hit, I started working with her over Zoom, and we re-worked “International Man of Mystery” to include characters and multimedia. I continued to work with Jessica on a second solo show, “Yes, No, Maybe So?” which won the Female Empowerment Award at Solofest 2021, the largest solo theater festival on the West Coast. I also performed it at the Hollywood Fringe Festival, the Santa Monica Playhouse, and most recently, San Diego Fringe 2022. I feel very fortunate to have found a way to combine the two things I love most – percussion and theater.

Can you talk to us a bit about the challenges and lessons you’ve learned along the way? Looking back would you say it’s been easy or smooth in retrospect?
I’ve struggled a lot over the years with traditional musician problems like earning, housing, and mental health. However, I’ve also had social difficulties that wouldn’t go away no matter how hard I worked to fix them. Last year, I found out that I am autistic. My best friend, who is an educational psychologist, was the first one to figure it out. I had the diagnosis confirmed through a professional evaluation earlier this year. I felt so relieved to understand why I struggle so hard in certain areas and have such incredible strengths in others. It’s exciting to finally have the instruction manual for my brain so I can work with myself instead of against myself.

As you know, we’re big fans of you and your work. For our readers who might not be as familiar what can you tell them about what you do?
I write and perform solo shows that combine character acting, original music, and percussion instruments. I also write funny songs that make rhymes out of the things people think but are too afraid to say out loud. My current solo show “Yes, No, Maybe So?” features 20 characters, 6 original songs, 4 live instruments, and 3 recorded instruments. It recently won the Spirit of the Fringe award at the 2022 San Diego Fringe Festival! I’m also very proud of a radio play I wrote for the San Diego Music Award-nominated band Calamity featuring ten of their songs. It’s called “Trouble! A Calamity Adventure,” and you can find links to hear it on my website at catherinegraybarnes.com. In addition, I’m proud of my private teaching studio, where I help students of all ages reach their musical goals. One student arranged her own marimba concerto, and another recently made the All-Southern California Honor Band. My students’ passion and enthusiasm help me stay motivated to pursue my own musical goals.

What would you say has been one of the most important lessons you’ve learned?
Miles Davis once said, “Man, sometimes it takes you a long time to sound like yourself,” and I’ve found that to be true. I got a lot of advice about sticking to just one thing – a particular percussion instrument or a particular style of music, for example. I would try to follow this advice and then get frustrated when I inevitably got bored or became interested in something new. I’ve learned that I’ll never “sound like myself” unless I honor and pursue my own special interests. 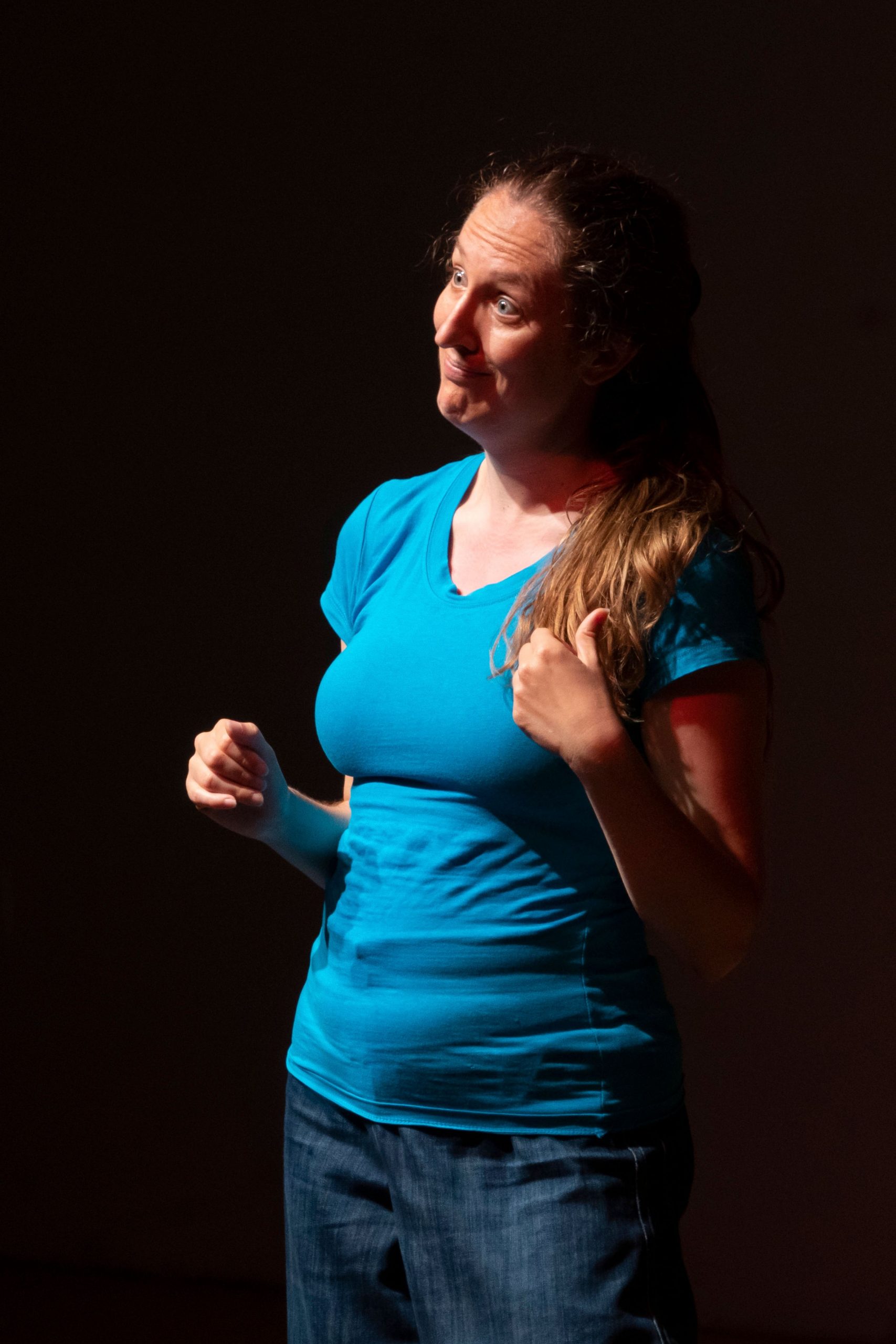 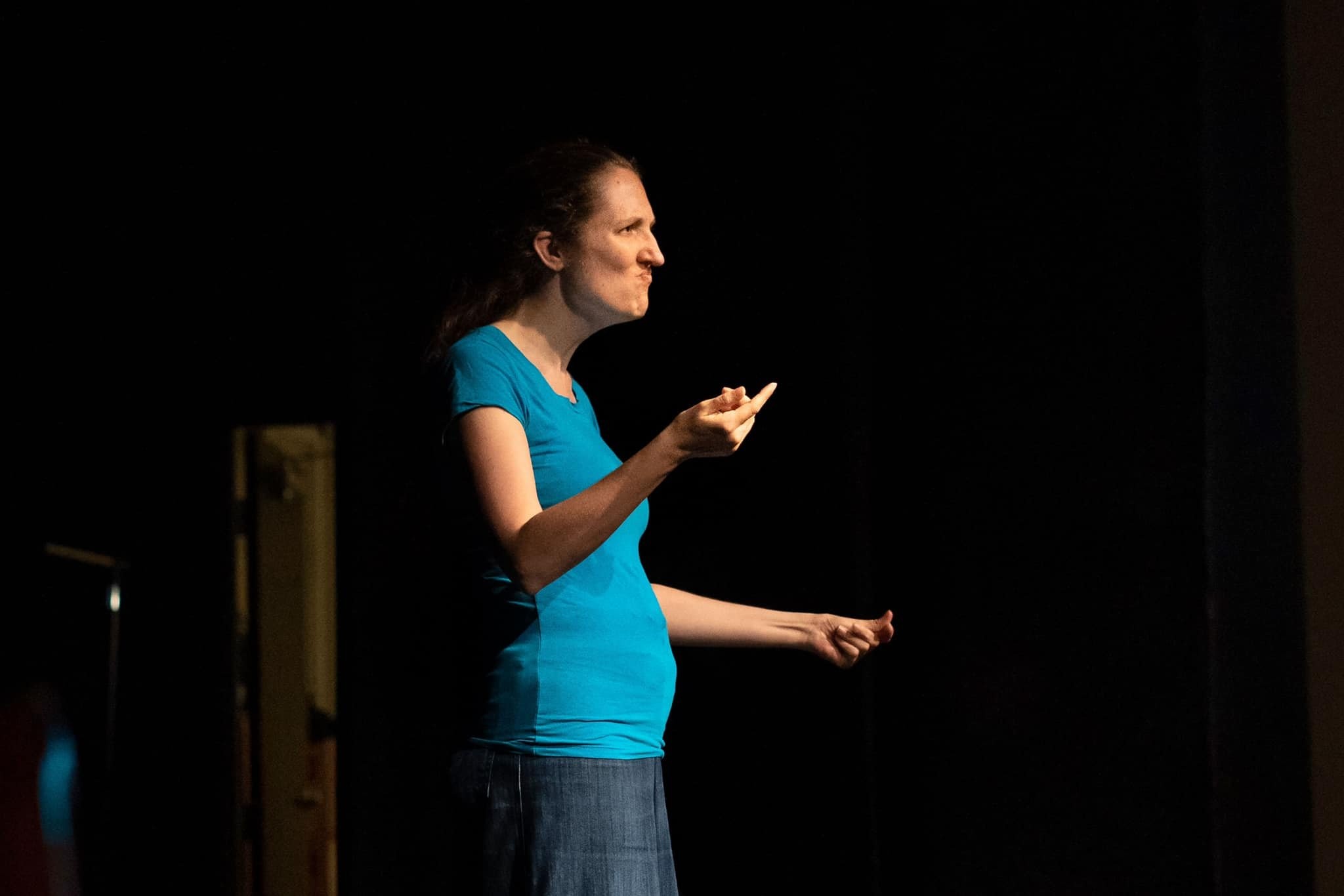 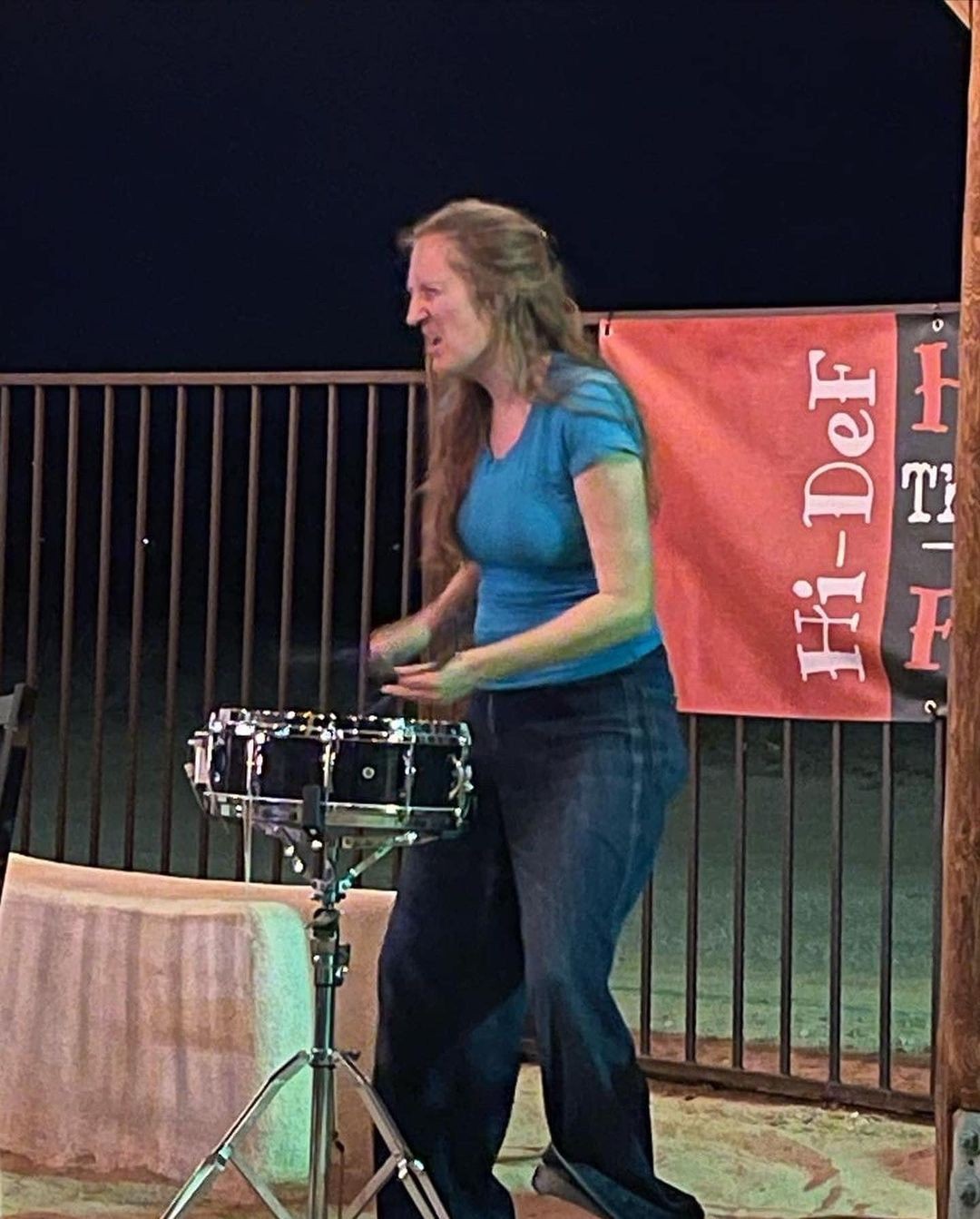 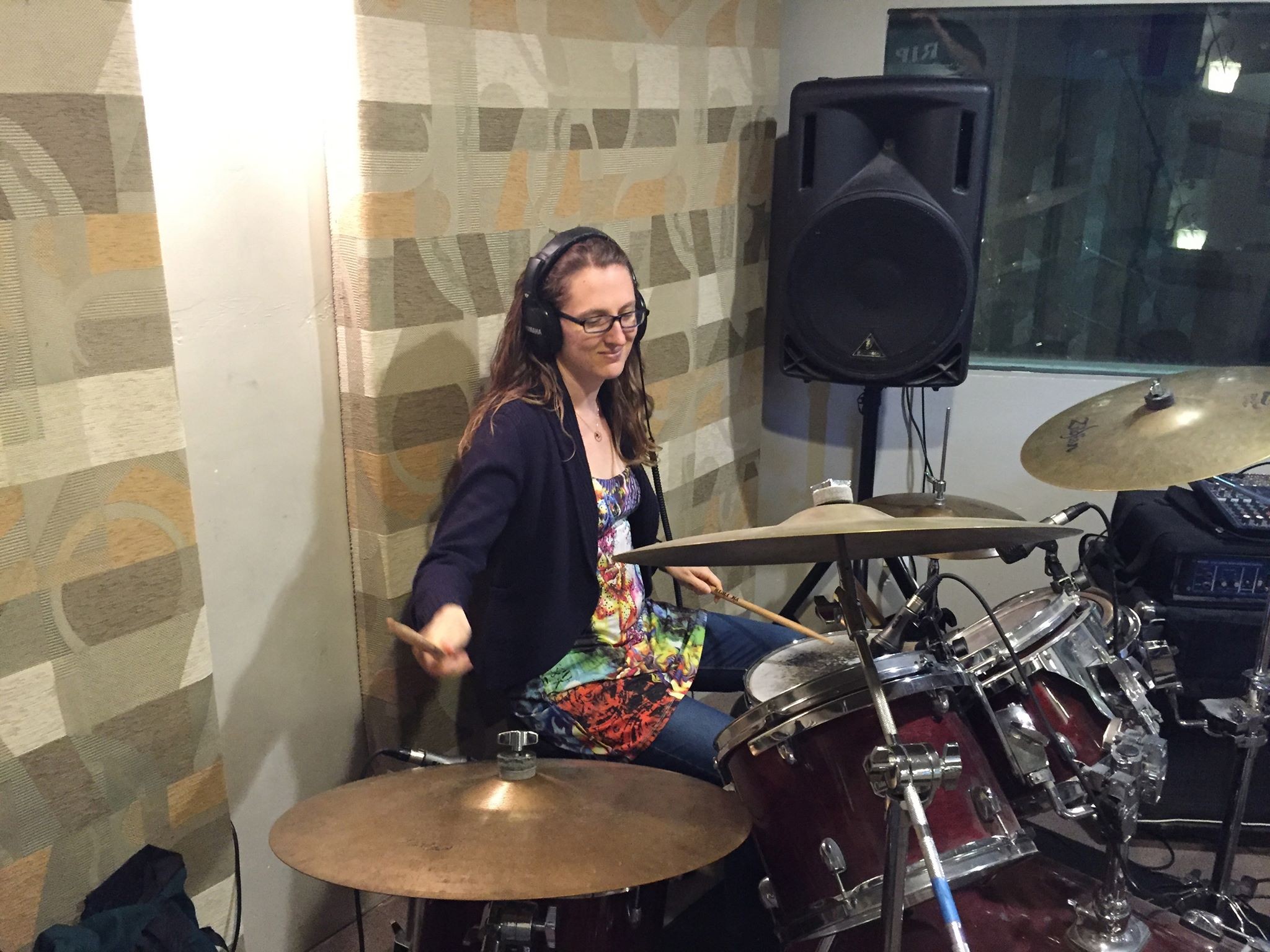 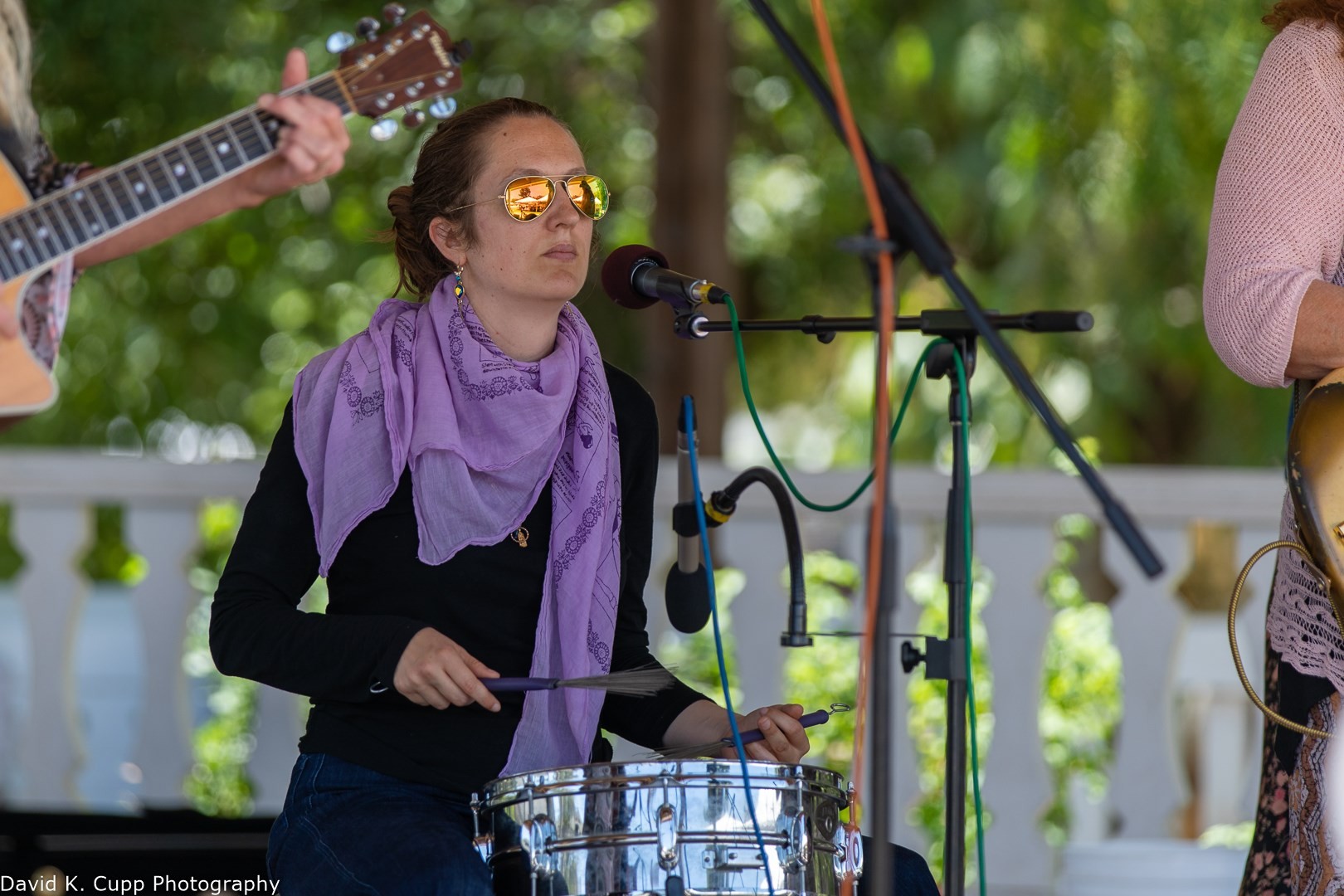 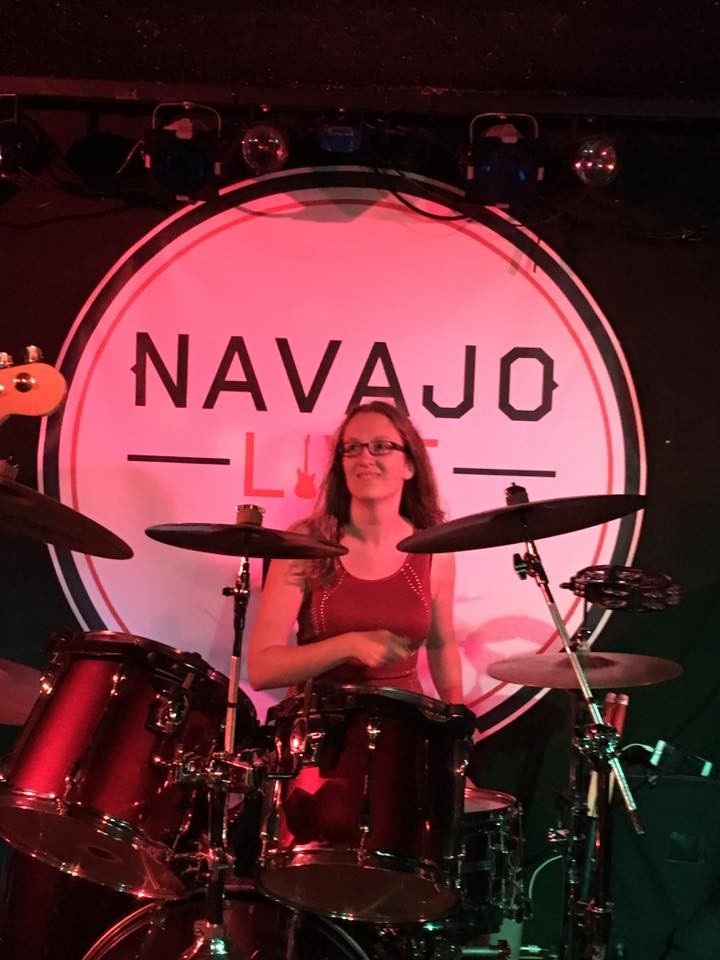 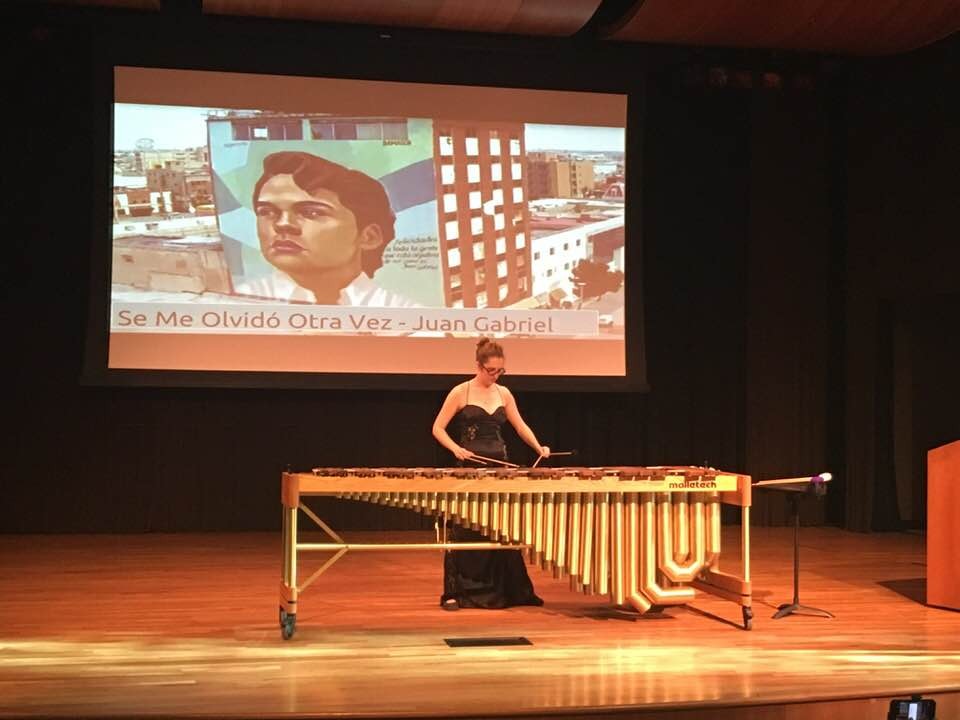 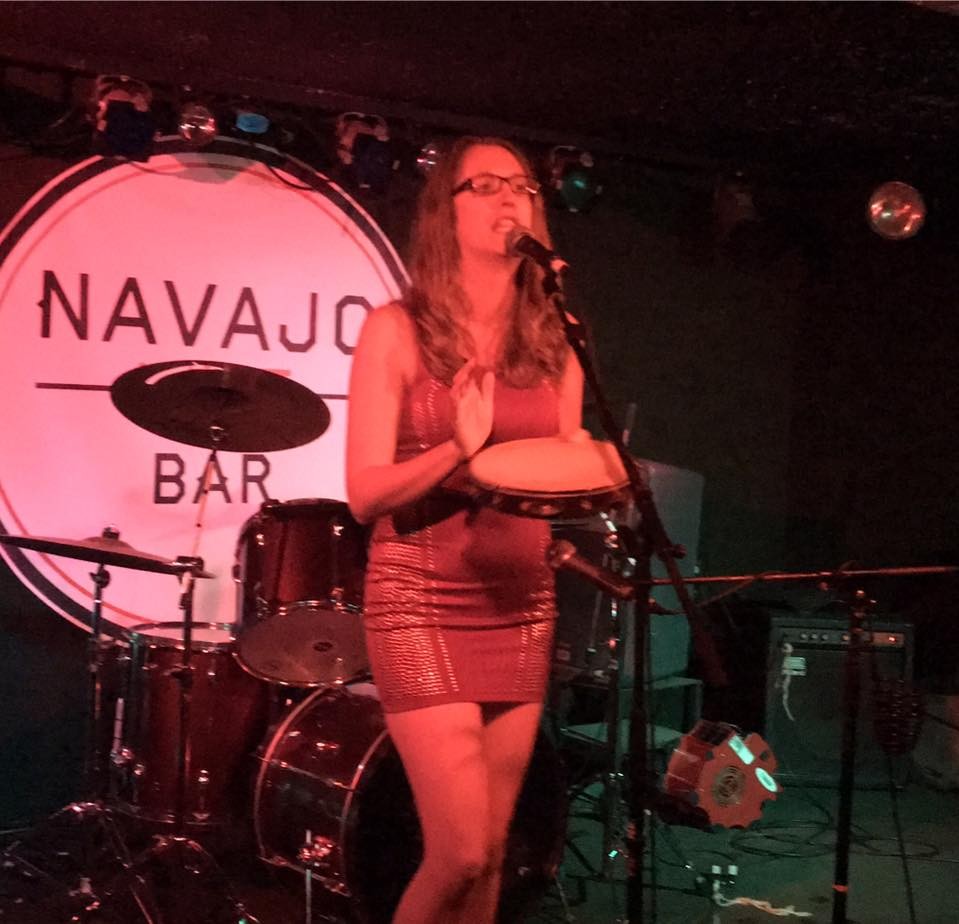