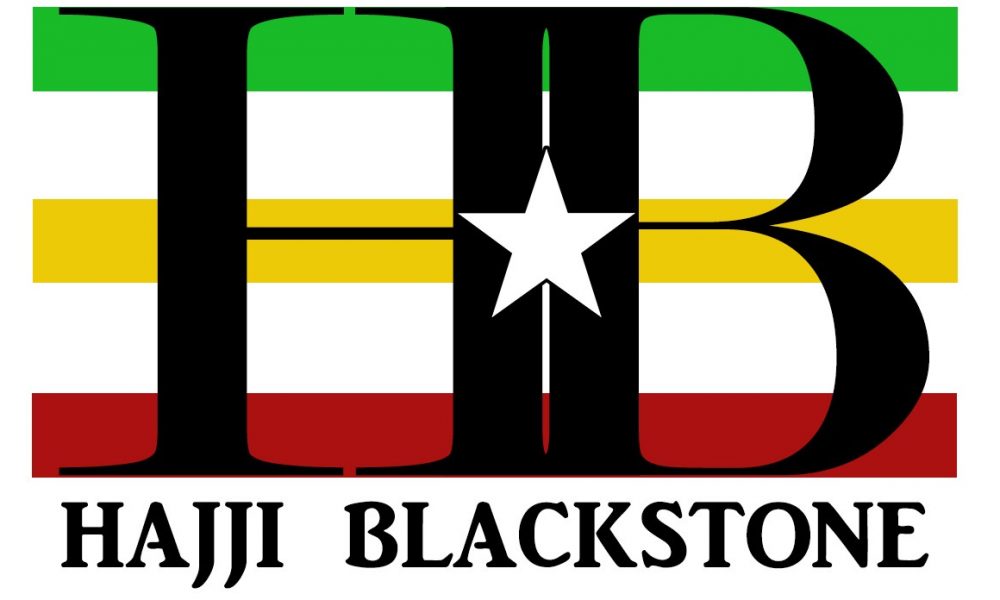 Today we’d like to introduce you to Hajji Blackstone.

Hi Hajji, it’s an honor to have you on the platform. Thanks for taking the time to share your story with us – to start maybe you can share some of your backstory with our readers?
I was born in Dakar, Senegal. The first time I left Senegal, I was roughly six. My dad sent me to France all by myself to a host family for the summer. I went back to Senegal, the next year my pops left for the United States and left me and my mother and my siblings by ourselves back home in Africa to go pursue a career in Washington DC in hopes of giving us better opportunities. A year later, I was on my way to jfk then straight to Maryland right outside of Washington DC where I would spend all my school years until I graduated high school. After I graduated high school, I went to school in Montreal, Canada. I dropped out of college and started pursuing a music career with the vagabondsquad. I had been touring with the vagabondsquad since high school. I started making music when I was 15 with five other friends. My whole life has been a split between love and basketball. I started playing ball but then I had to stop because my father always stressed education. Basketball players can get hurt, and then once you injured what are you going to fall back on he asked? Music was also a big deal. No one on in my family ever wanted me to do music. I had to hide just to go to shows sometimes. At school, I was learning a European program, in the streets I was living the American way, and when I went back to my mother’s house it was Senegal all over again. Everyday I was juggling between worlds growing up. I had to be different things at once so I had to adapt quickly! When my parents got divorced, I just started following my own vision.

When I hit 18, it was time to be on my own now. My mother’s job was done here so she moved back to Africa. My group ended up breaking up. After the split, I left Canada and went back to college park, Maryland. I tried to start a new life in dc and go back to school but I ended falling back into music. I interned for a label called nomadic wax and helped translate for some hip hop documentaries they had going on. I would perform whenever they was an opportunity. I started getting in trouble after a while even the secret service showed up at my door at one point. Things started going south and then I got evicted and became homeless. My brother ended up recruiting me in the navy. I didn’t want to join the navy because I’m a rebel at heart and I felt like I was being a traitor by doing so. I would ask myself what if one day I am faced with a situation where I have to fight my own country. I ended up joining anyway and then became a United States citizen. The navy was a great experience but I wasn’t able to finish my contract unfortunately as I ended up getting kicked out for a DUI. At the time, the navy had zero policy on drinking.

I was a good worker so fortunately I got separated with an honorable discharge. After getting out, I was faced with a challenge. I had to decide whether or not I would stay here or go back to Maryland. I had a child in my last year in the navy so it was a hard question but the answer was easy. My father left my house when I was 13. I remember begging him not to leave. Since a child, I vowed to never leave my kids if I were to have any and that’s exactly why I decided to stay. Things didn’t work out well but I still stayed around California so I can be near my children.

Transitioning from military life to civilian wasn’t easy especially because I’m not from here. I had to rebuild my entire social system as well as adapt to my new environment. The culture was totally different from what I was used to back east.

I ended up going to jail three times and after that, the state of California said I was not allowed to leave California until all my time was served and my probation/parole was cleared.

I lost everything, and then I had to start back from scratch not once but three times. After the third time, I vowed to change my life around and live an honorable lifestyle. I was praying every day in jail, I was fasting and I was seeing myself transform into a spiritual world where I envisioned life totally differently. I wanted to leave a legacy and do something meaningful that my kids can be proud of.

I kept making music and released a few singles and music videos as well alongside flexyhtown a childhood friend now artist based in Houston.

I remember going up to Oakland every month when I used to be on probation for a gig. In those days, I couldn’t legally work under my name so I would find anyway to make a dollar. I did it all from selling candy to window chip fixes and replacements, washing cars, club promoting, serving restaurants, telemarketing, delivery, you name it. Anything I had to do to become a better man and earn a dollar for my kids I did it. I wanted to make my family proud. My family that I left back home in Africa and on the east coast as well as my new family I had created here in San Diego. I just wanted to make everyone proud with something meaningful.

I was in Berkeley one day at the flea market and I ran into this awesome lady named Patchelle Mitchell, who is the founder of Entrepronegro Motivated individuals. Entrepronegro is a company created to inspire black and brown people to become business professionals and entrepreneurs. The movement spoke to me directly. It was an easy match. I bought her first shirt then we kept in touch when I went back to San Diego. Much Later on down the line, we partnered up and I started doing brand ambassador work for her brand. We recently just parted ways amicably. I will focus on on developing the hajji Blackstone brand , which is a spiritual lifestyle brand promoting the concept of one god , unity and diversity , tolerance , health and daily prayer .

I also work closely with my cousin , owner and founder of terangastyle. It’s a lifestyle brand from Senegal West Africa based in DC and Dakar and now San Diego.

They make clothes from unique west African wax fabrics. I wanted to inspire people to become self-motivated individuals so I joined Entrepronegro. I wanted to spread west African culture on the west coast because on the east coast, you find a lot of west Africans but here in San Diego most of the immigrants come from East Africa when it comes to Africa , West Africans are a very small percentage. I saw that the lane was right open for us to offer something different plus San Diego to me has more Mexican culture than black culture. Black culture here is more gang banging culture. When you go to a black person’s house in San Diego, they will cook your Mexican food so that says it all right there to what the dominant culture is. San Diego is not a black City compared to other places so I just wanted to contribute something different artistically and culturally.

Alright, so let’s dig a little deeper into the story – has it been an easy path overall and if not, what were the challenges you’ve had to overcome?
Not to be cliche but I feel Like Nipsey when he says , “I have been through every obstacle every emotion literally”. I have been to my lowest points chasing my dreams but I will not change it for anything because when you have a vision, you can’t expect everyone to see through your lenses. From a kid, I understood if I wanted something my plan A had to be my plan B. Traveling the road less traveled, I just kept pushing and focusing on the work and the message and trying to remain as positive as I can even thru the most roughest of times. All the L’’s became lessons and I just tried to remind myself that if I put God first before everything and keep the faith, nothing will break me.

My biggest challenge as an entrepreneur is juggling fatherhood and work. Entrepreneurship is a 24/7 job so it’s easy for the people you work hard for to start feeling like you are neglecting them so you have to find some type of balance just like anything else in life.

Thanks – so what else should our readers know about your work and what you’re currently focused on?
I make music. Mostly hip hop music but I do also sometimes flirt with reggae dancehall and afrobeat. I have songs out on all platforms as well as videos. Currently working on a project entitled “Growing Pains” that I intend to drop at the end of the year .

You can find me @221hajjiblackstone.

Aside from Music I am also a fashion lover and someone who tries to make a difference in the world day in and day out. I have worked with several community organizers from Montreal, Washington DC Chicago and San Diego to help underprivileged children. My whole life, I have been fighting on the side of the oppressed. Sometimes it feels more like a mission than work. I feel like through arts and fashion, you can convey a message.

Past 2 years I was a brand ambassador for Entroronegro. Entrepronegro was birth out of Oakland California. It’s a black-owned female business. Long before the whole black Lives matters movement Pat wanted to expand so we had decided to bring the movement down to Southern California to motivate people in the communities of San Diego to become entrepreneurs and rely on themselves first by creating value and understand key factors such as financial literacy for example.

Terangastyle is from Senegal but we have been spreading here in San Diego as well as other places in the world. It’s an international brand. Teranga means hospitality in Wolof, which is the native language of Senegal.

Terangastyle is crafting the most original products on the market. Colorful Products that will set you apart .

Are there any books, apps, podcasts or blogs that help you do your best?
I listen and read everything. anything hip hop, spiritual, health, financial, economic, political, and the list goes on. When I was young, they used to preach to us about “culture general”. The art of knowing about everything. The more you learn, the more you know, the more you experience then, the more you feel compete. I love learning about anything and everything because it’s all intertwined at the end of the day. Tupac’s mother would have him read the entire newspaper from front to back and then write an essay about each column. You have to be able to discuss more than the hottest top 40 songs of the moment or which every celebrity gossip is currently going around. The goal is to grow and be human in order to relate and understand everyone regardless of background, color, nationality, religion, political association, tax bracket, etc… 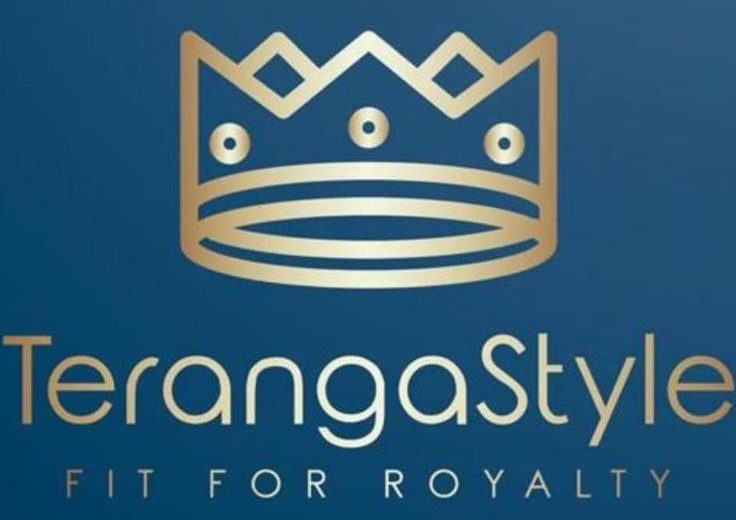 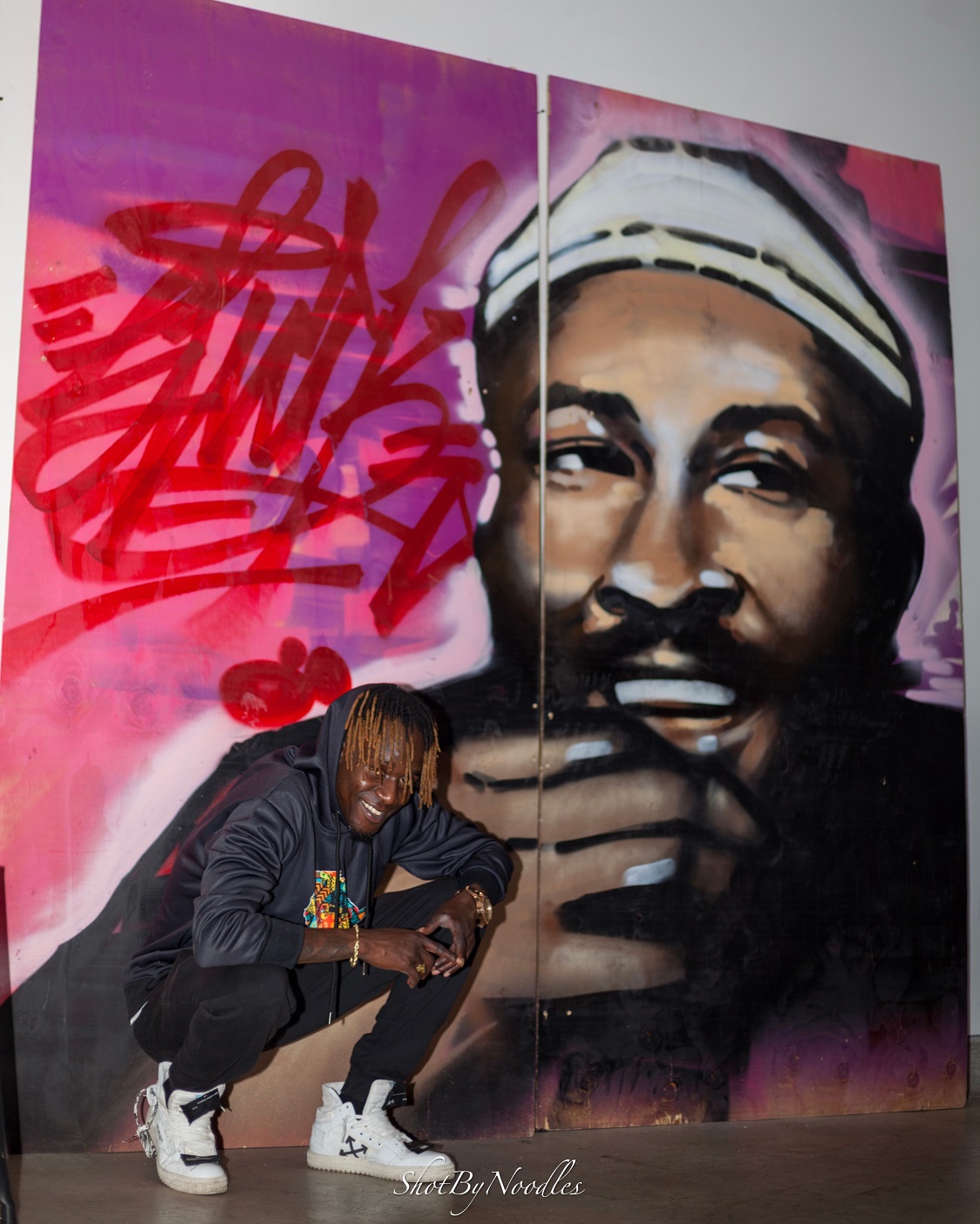 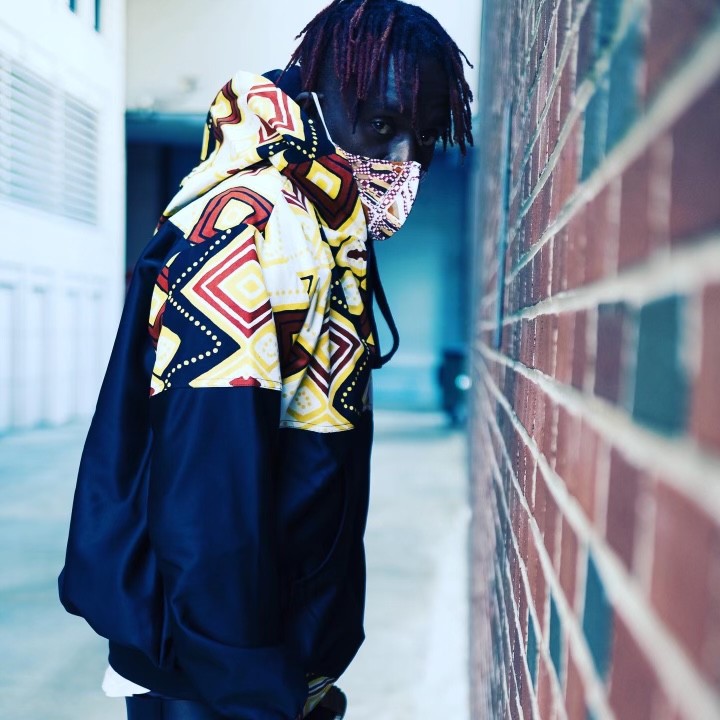 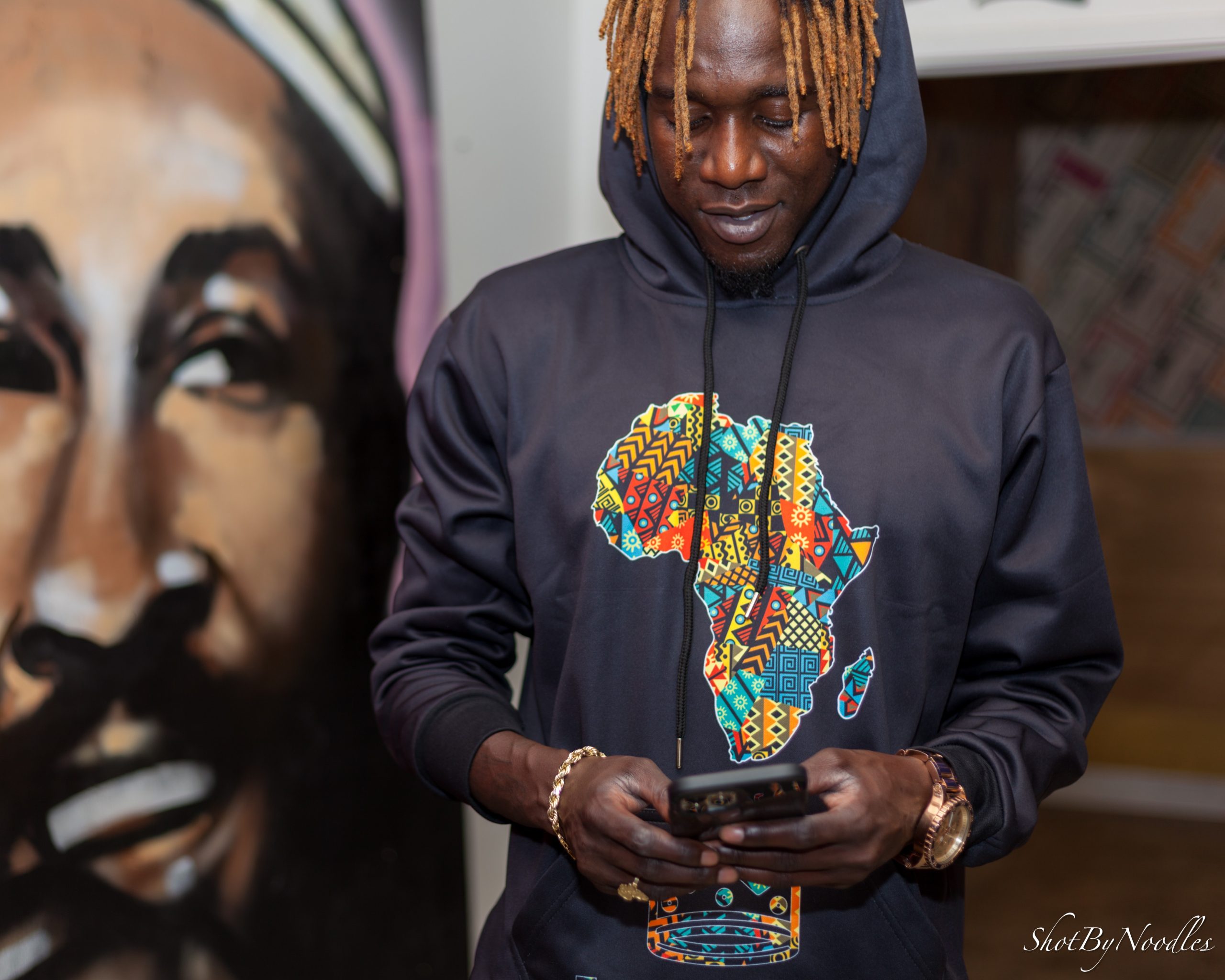 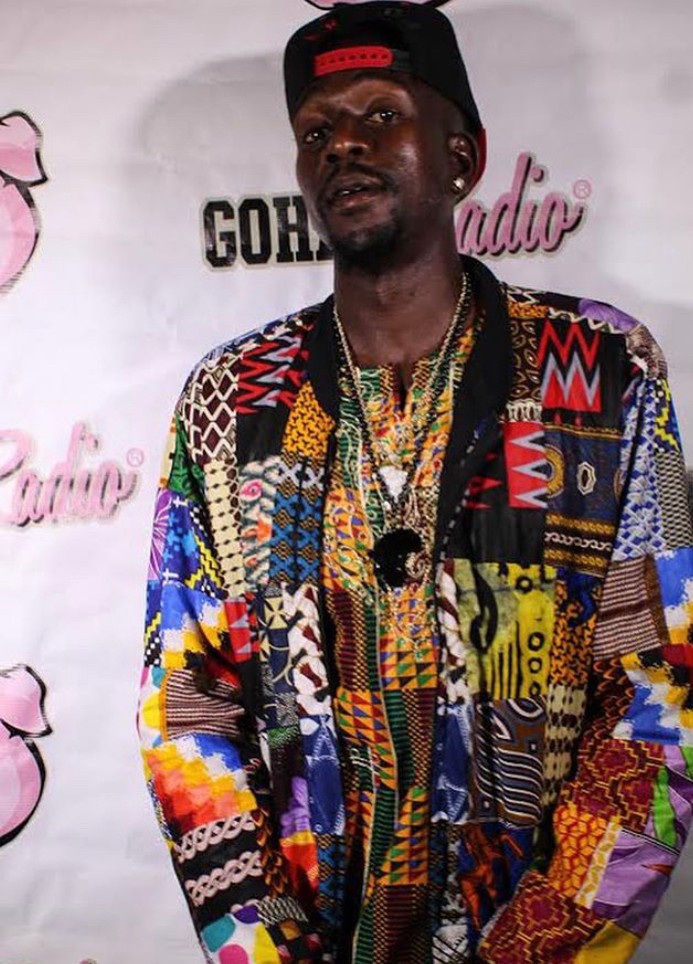 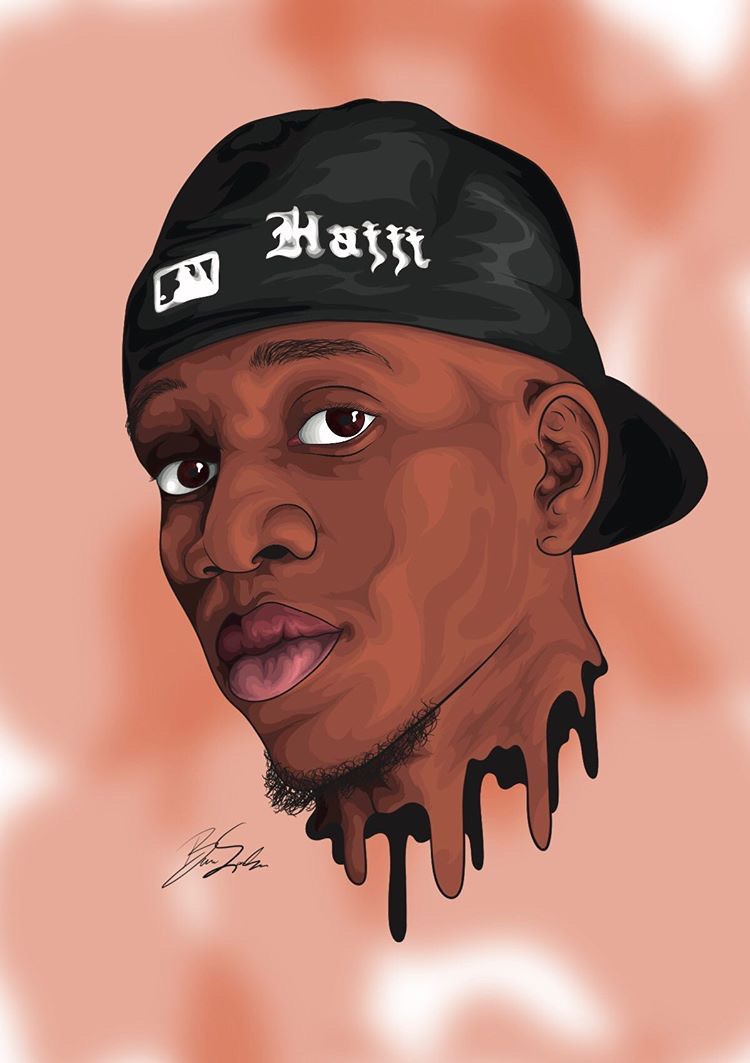 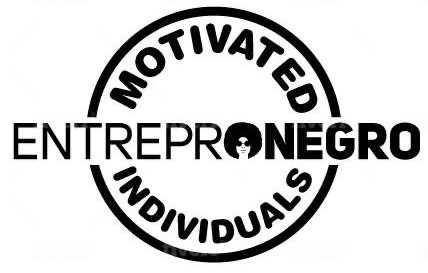