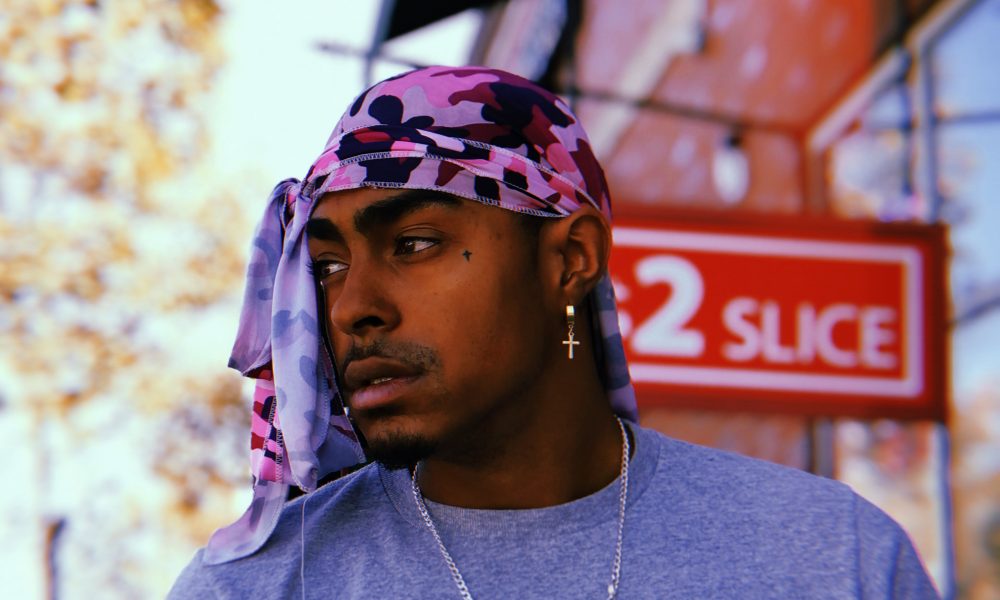 Alright, so thank you so much for sharing your story and insight with our readers. To kick things off, can you tell us a bit about how you got started?
Well first, I was born in Iowa City, Iowa then grew up in Cedar Rapids, you never really hear a lot about Iowa if you do so I figured that’s a good start point. But! I really started making music when I was 11, my mother was a reggae singer, my grandfather was and still does play bass in a group where I’m originally from. Coincidentally enough, I’ve always had my own little make-shift recording studio at home, so I started out using a webcam microphone and a program called audacity to release my first songs with friends when I was closer to 13. It’s funny now that the internet has everybody on it, that same age range I was even doing skit videos on YouTube too, I guess I’ve always had a thing for entertaining. When I got more into high school, I strayed from recording, mainly because at that time I felt like it was lame (it wasn’t) but I was 14, so there’s that.

After I graduated, I bought another more real studio set up to record on but never did anything with it, so it wound up staying at my friend’s house and got trashed basically, at 18 and 19, I started shooting music videos for local artists where I’m from. At twenty, I moved to Austin, Texas and started painting, less music but I still always wanted to record at a studio and go this way but at that time, I didn’t. It wasn’t until after I had my daughter and my relationship with her mother deteriorating I kind of decided that I needed to start recording and writing after that, I had a lot more to talk about than I ever would have. Networking and recording almost non-stop has been my way of releasing stress, pain and, really, anything else I’ve got worked up in me. It’s therapeutic for me. No matter what I’ve been through, how many people I’ve lost to whatever, the ultimate truth beyond suffering is that no matter what, you must continue. The road isn’t for the faint of heart. I’ve been homeless, hustled in the street from sun up to sundown, seen death, there’s no such thing as too much, it’s all about how you process what you’re given.

Can you talk to us a bit about the challenges and lessons you’ve learned along the way. Looking back would you say it’s been easy or smooth in retrospect?
Hell no. Not at all. I’ve lost friends, given up relationships, left jobs behind that other people would kill to keep and have so I could invest in my own dream.

At many points in my journey, I’ve been homeless, had to figure everything out by myself. I’ve traveled alone for a long time before I met Kazi & Cam, meeting them was a biproduct of all of our efforts from the past, you know? Not eating for a few days just to save some money real quick so I could get into an apartment quick, my uncle died when I was traveling- I couldn’t go back home so California was the only likely spot because of my music. I had no other choice, my family is in the middle of nowhere, I had to keep going and, still do.

Thanks for sharing that. So, maybe next you can tell us a bit more about your work?
I consider myself a fusion artist. I rap, sing, and, find a way to blend every element I like of any genre into whatever song I end up working on. Lately, I’ve been releasing a song a week on platforms, my latest one getting traction is, “City Of Angels” and “2:01.” What sets me apart? I’m always myself.

Who else deserves credit in your story?
A lot of people, Kazi Nobody (another artist), Cam, Uncle Joel (R.I.P) Kazi taught me how to record and mix my own vocals. Cam is another artist that motivates me to be better, outside of them & Joel, I have to say, God, my family, every producer I’ve ever worked with, Cadence, Hayku, Scarim, Kid Joey Beats, youtube producers have Become the backbone of the underground YouTube scene. Draven (@dbvdraven), who’s an artist where I’m from that also moved out west, Darius too. Last but not least, by any means, my Daughter, Amethyst, is a giant piece of what I do and why I do it. The legacy you know? 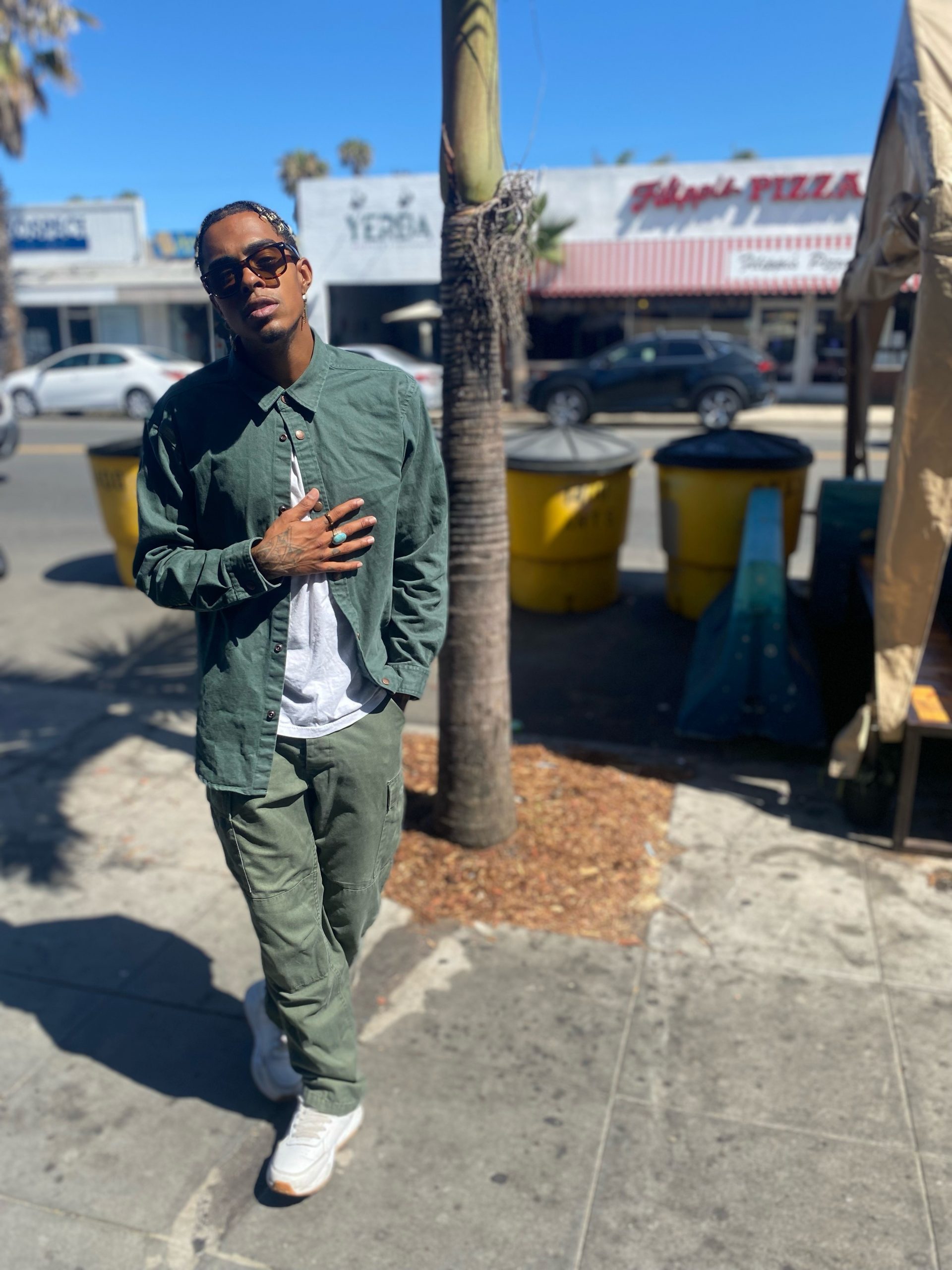 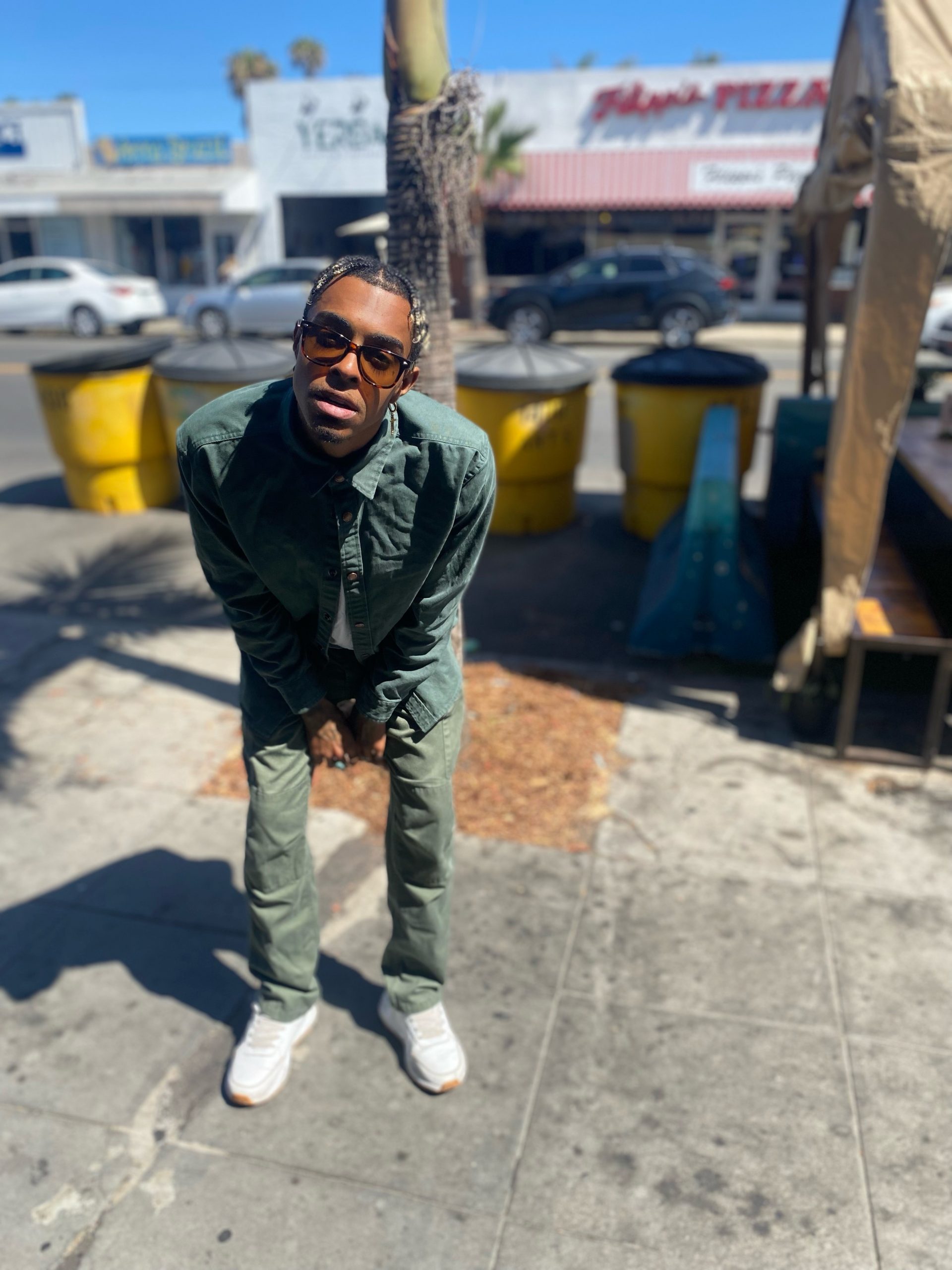 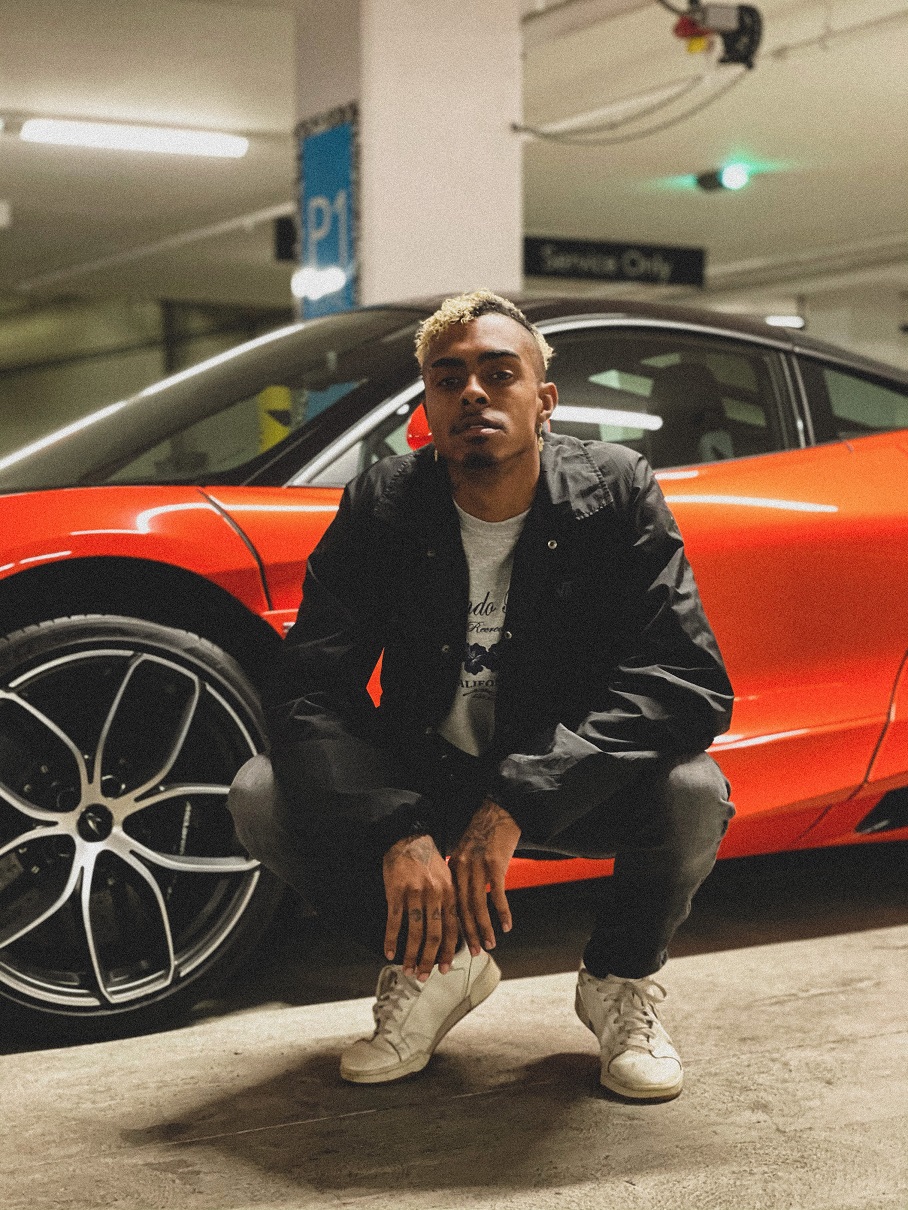 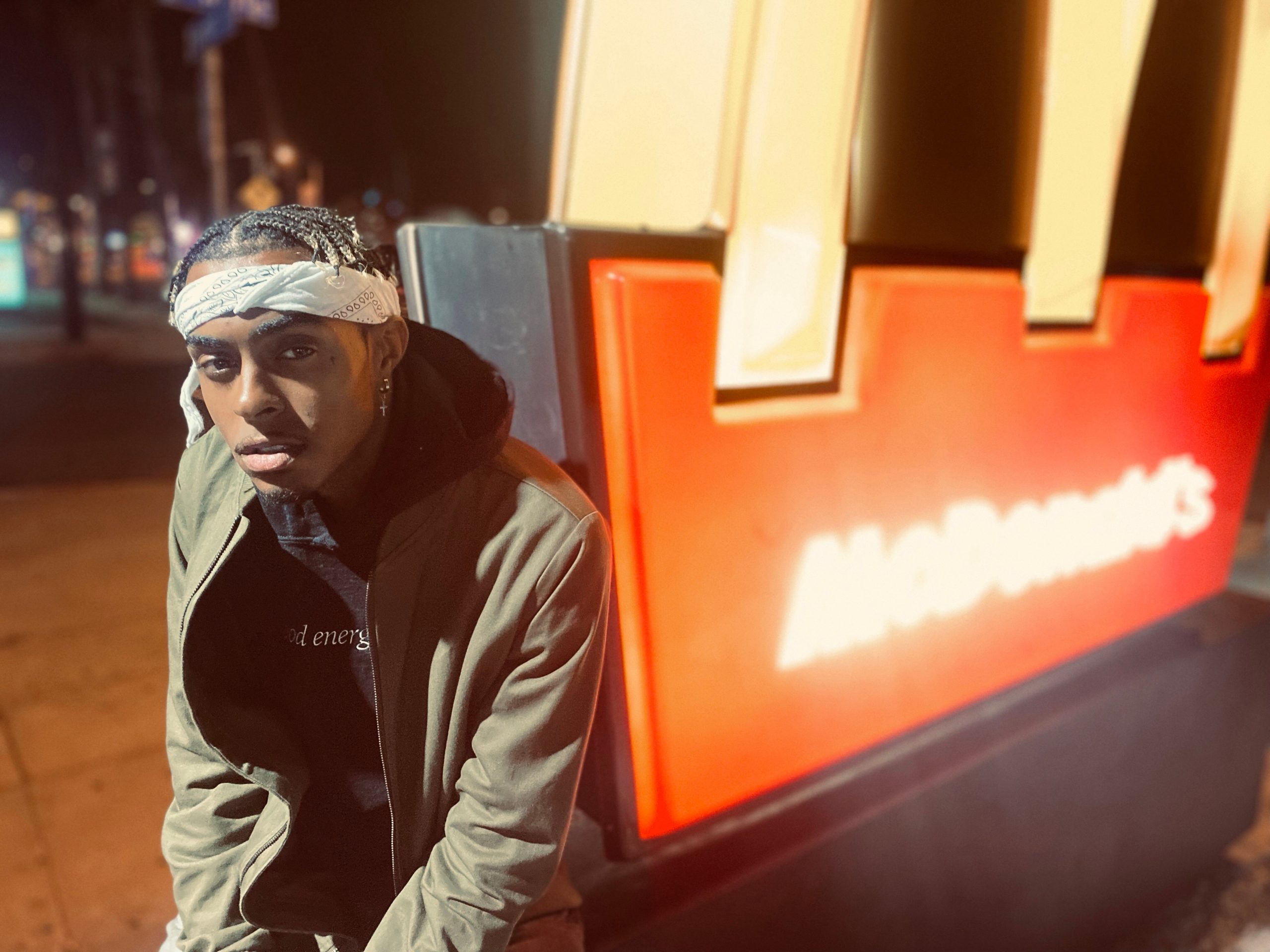 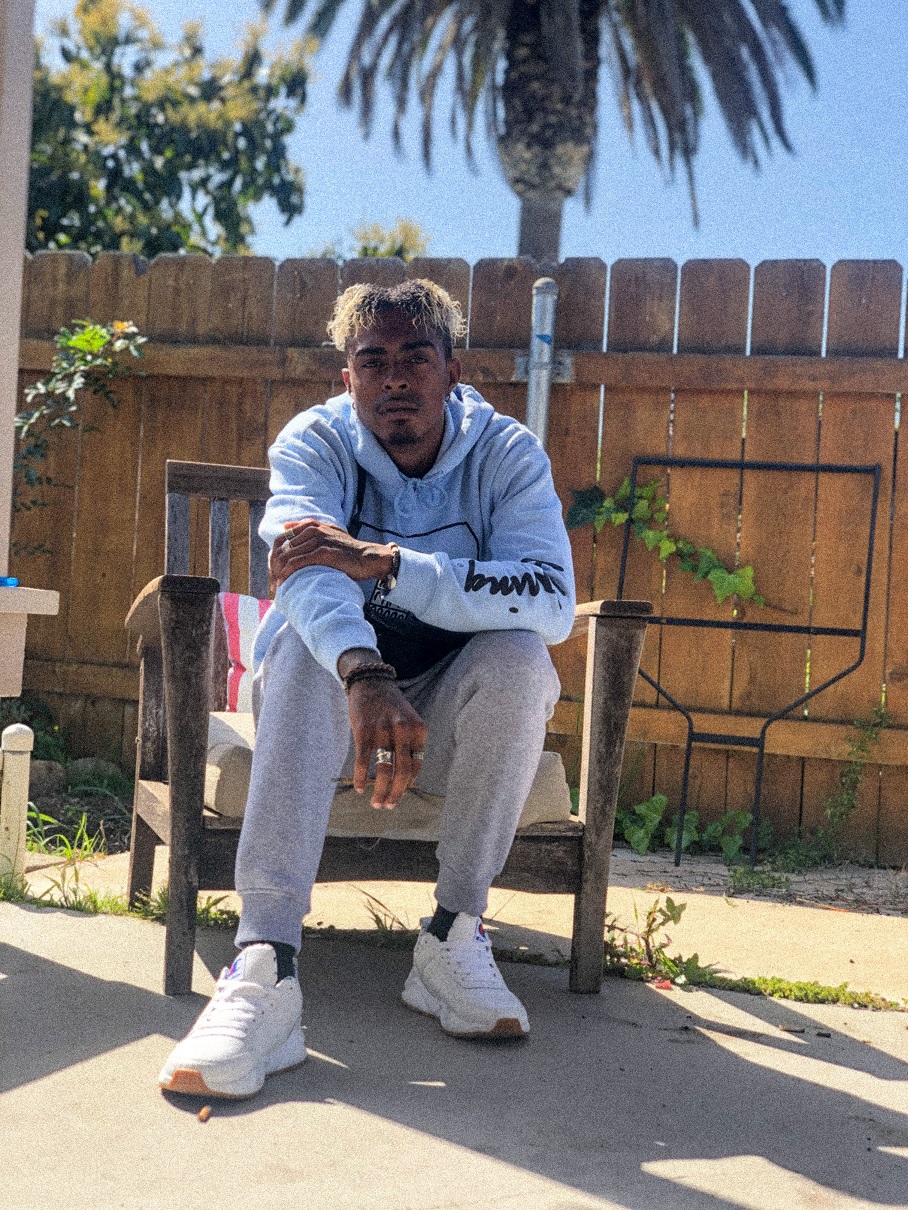 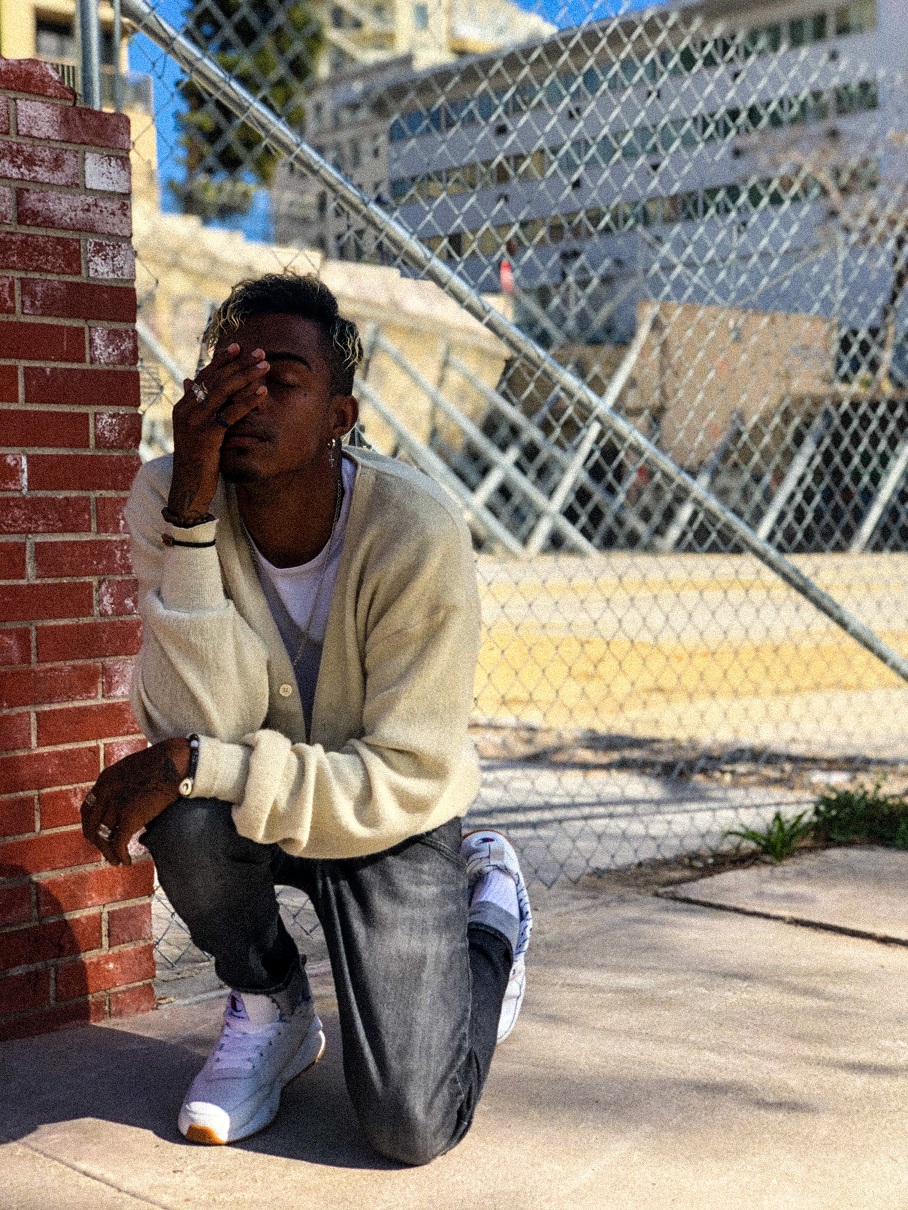