Conversations with the Inspiring Tina Shakiyah 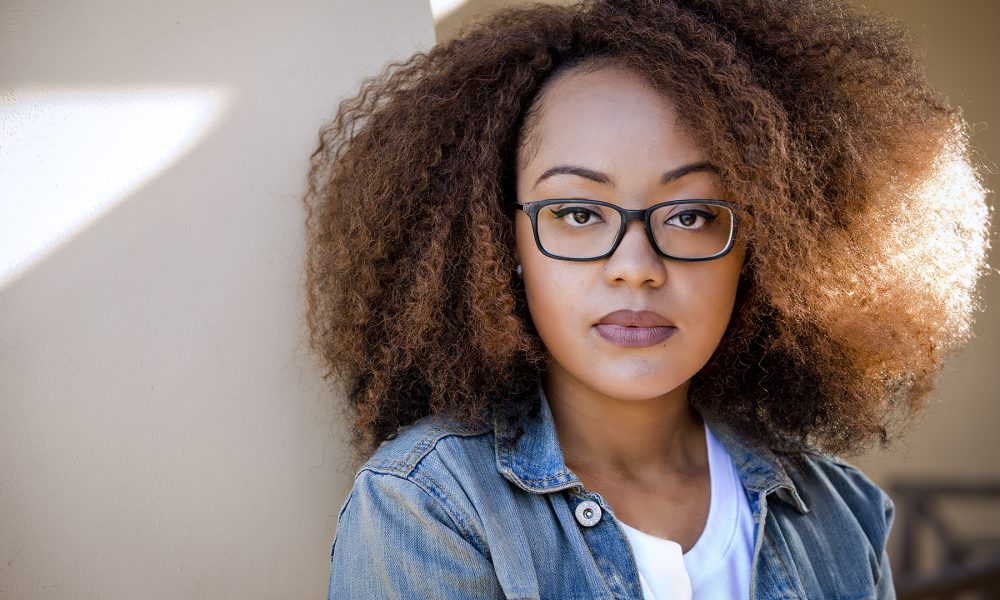 Today we’d like to introduce you to Tina Shakiyah.

So, before we jump into specific questions about the business, why don’t you give us some details about you and your story.
I am a creator. I create visual content. I create music. I create characters based off my weird imagination. I grew up in an entertainment based family, so I always felt the urge to put on a show. I gravitated towards acting and singing naturally.

I began writing when I was in 6th grade. I loved the physical act of writing, pen to paper. I didn’t care what I was writing. Then I began creating short stories and scripts. I would force my siblings to perform them in our living room during family gatherings. As I got older, writing became my way to escape. I lived a hectic lifestyle, and honestly, I cried a lot. Writing became my way to cope. Mentally. I didn’t know how to verbally express myself with confidence. I was a firm believer that the thoughts and feelings that circled my mind were catered to me and me only. No one could possibly understand and had I tried to explain; they’d probably think I was a little off. So I found comfort in the pages of my journal.

I attended college at Clark Atlanta University and studied Film and TV. There I created a web series called College Boyfriends which became a major hit around college campuses in ATL and then around the entire US and more. Racking up over 13k subscribers, over 2million views and the best fans and supporters a new director could find. College Boyfriends is a series that became my baby since the first production meeting. A series that I could say left a stamp and my name at my university. Currently, we are in pre-production for a feature film based off the series, and I could not be more excited.

We’re always bombarded by how great it is to pursue your passion, etc. – but we’ve spoken with enough people to know that it’s not always easy. Overall, would you say things have been easy for you?
One of my biggest struggles that is still ongoing until today is dealing day to day with a chronic illness. I was 15 when I became severely ill with Crohn’s. It tossed me into about a two-year depression and isolation. I lost motivation, self-esteem, and my ambition to accomplish anything was completely shot. But after being forced to attend this girls group in San Francisco, I was encouraged to let out my anger, fears, and sadness on to paper. To write out my prayers and all the doubts in my head. My mentor said to me “God didn’t give you these hurdles because he wanted you to fall, he placed these hurdles in your way because he made you strong enough to jump over them.” When she said that to me it placed something in my soul. I began to write again. I started to feel so much happier. I started to accept my new challenges and lifestyle. I figured out how to build myself up from my pain.

I deal with the struggle of knowing that some days I do not feel good and can not physically deal with the day to keep pushing. At the top of the year, I moved to LA, and I instantly ended up back in the hospital with my intestines practically closed. There I was new to LA, pretty much alone, hustling to make these dreams come true and sick to the point of no return. I just knew I was about to give up. But because of God and supportive friends, I got the strength to keep moving.

Now I am here… Using all the things I’ve been through, all the pain and tears to tell my story in order to potentially encourage the next person to be comfortable telling their story. Of course, there are other struggles along the way, such as the struggle of adulting, staying financially afloat and trying to be creative. THE STRUGGLE OF BEING A CREATIVE AND HAVING A 9-5!!! Oh lord, that is one of the worst things ever. The struggle of not being good enough, not feeling successful or feeling like a waste. The struggle of a family saying “get a real job” and so on. On the creative side, this industry is so male dominate it could be intimidating. That is why I am so happy that women are beginning to shine so bright! I am excited about all the things created by ladies.

One of my goals is to have a nin profit for young girls who want to create. I aim to inspire young girls to just create freely and truthfully. I am big on honest pictures. The best pictures come from truthful stories and in order to create those you have to be open. I’d tell them to not be afraid of being open. People are going to judge what you do and why you do it all the time. But knowing that SOMEONE out there that will find a connection with your story that sparks a fire in them will be all worth your vulnerability.

So let’s switch gears a bit and go into College Boyfriends story. Tell us more about your work.
I do a lot in the arts. I say I am creator because I create in so many different ways. From music to characters to stories and visual pieces. However, of all the things I do, I am most known for being a Writer / Director and my creation of College Boyfriends the web series. Back in 2013 before graduating from our media department @ Clark Atlanta University we were assigned to produce a reality show. My best friend, Donte Rose and I banged our heads for days trying to figure out what we could do to stand out. At the time, the reality shows that were on network television were all the same: Basketball wives, houseWIVES, football wives, love and hip hop, etc. One thing that clicked was that they all were female dominate. At first, we said, “ok, let’s do College Girlfriends!” Then we stopped and said – “No, CollegeBoyfriends!!” And there we had it. A mock reality show (We call “Reality Kinda”) based off the trials and tribulations young MEN deal with while trying to be scholars, in relationships and young & socially free. It became an instant hit around the AUC, the ATL, then HBCU’s then all over the states and even other countries.

We stood out the most because, me being an overachiever, I didn’t allow my group to settle for just ONE episode that was required. Instead, we produced an entire 10 episode season. We racked up followers, views, and attention. My cast and I are now pretty much socially famous. We get recognized in public and online for the work we’ve put in now for THREE seasons.

I am very proud of the brand I created with CB because it was so unexpected and the amount of work the whole cast and crew put in is mind-blowing. I am most proud of it because it became something I could never imagine. If you read through the comments and see the number of fan messages we all receive about how the show inspired other creators, helped viewers cope with some situations and ultimately taught them ample amount of life lessons, you’d be amazed. It became important for me not to only include jokes and drama in the series but because we were touching an audience that was 1) in college and 2) young, I wanted to include things that they could benefit from as well. Hidden messages and lessons became heavily imperative for Season 1 and 2.

Now as we are gearing up for our FEATURE FILM, after about a 3-year break, as a writer, I can say I am walking on eggshells. It’s nerve-wracking know I created something so great and to bring it back with expectations SKY HIGH, It is a must that I deliver. I have confidence, and the support system is crazy! So along with the nerves comes a lot of excitement.

All of my visuals are important to me. Since moving to LA, I have been in my writing bubble. When I get ready to pop, that bubble people are going to see a whole different Tina Shakiyah Powell.

For good reason, society often focuses more on the problems rather than the opportunities that exist, because the problems need to be solved. However, we’d probably also benefit from looking for and recognizing the opportunities that women are better positioned to capitalize on. Have you discovered such opportunities?
Women are positioned for any and every opportunity! I am big on women and our capabilities. There is no job, position or opportunity that a woman CAN NOT do, and I wish the media and society will realize that with truthful eyes. 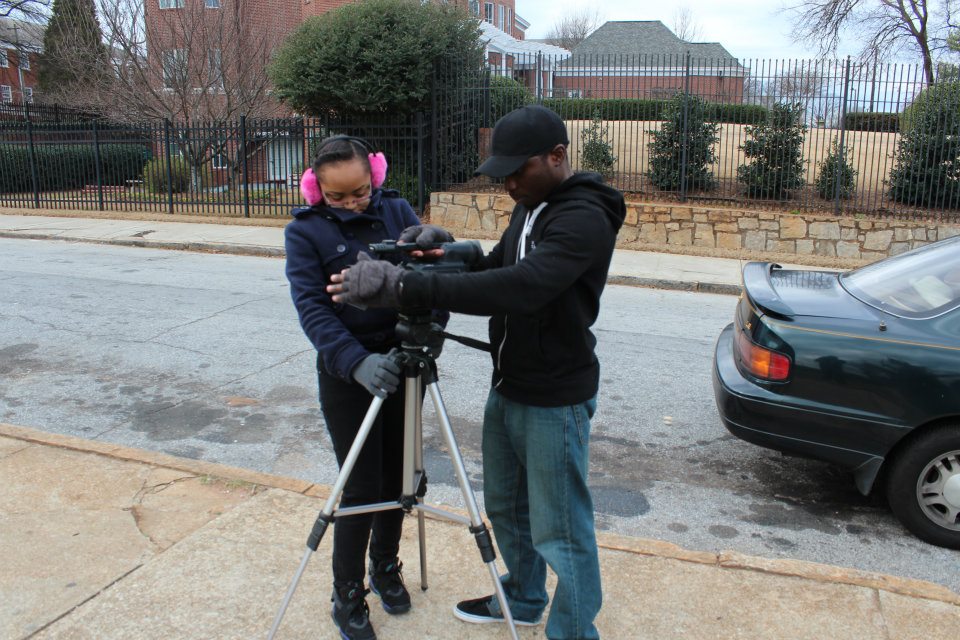 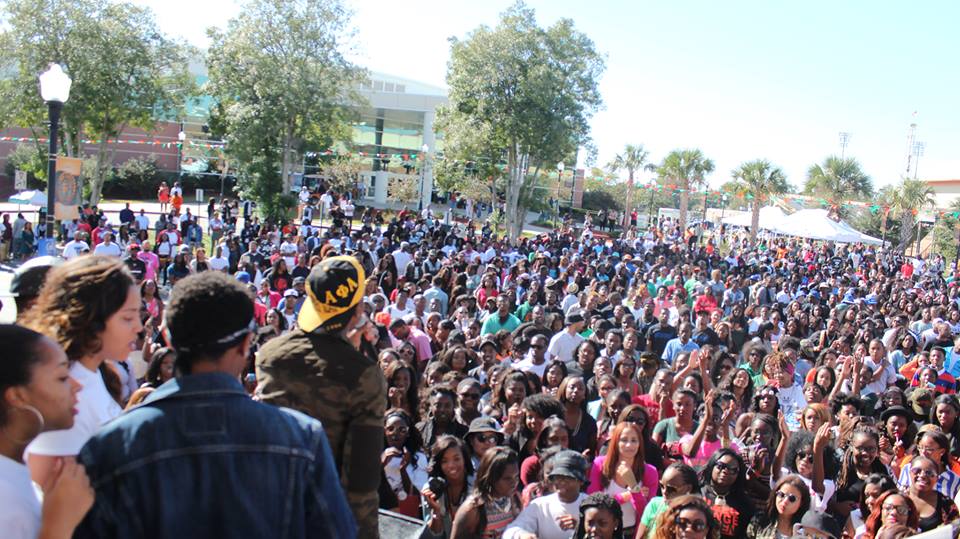 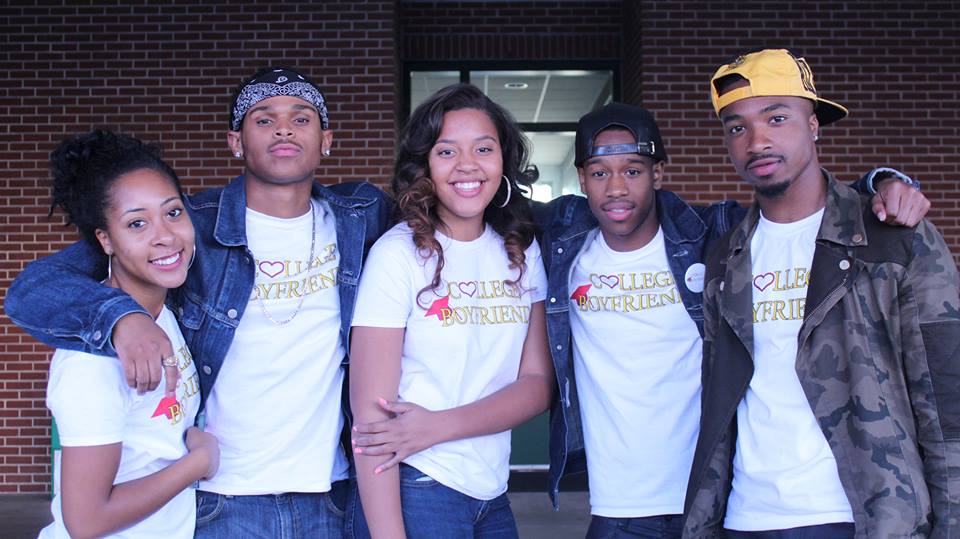 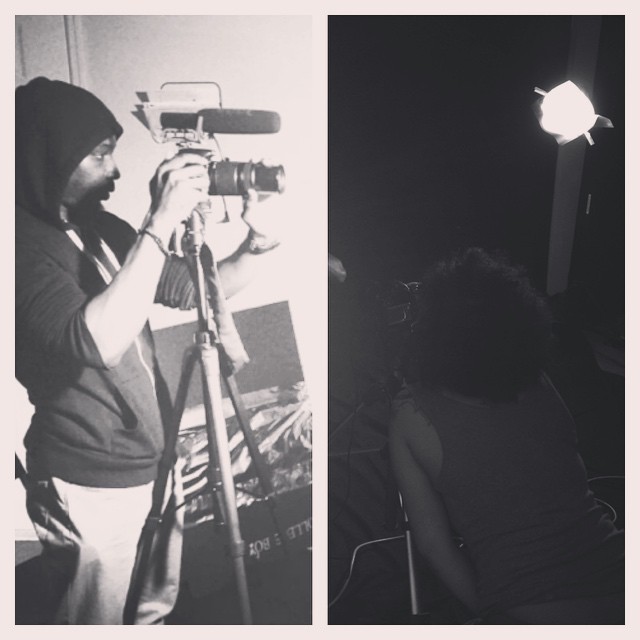 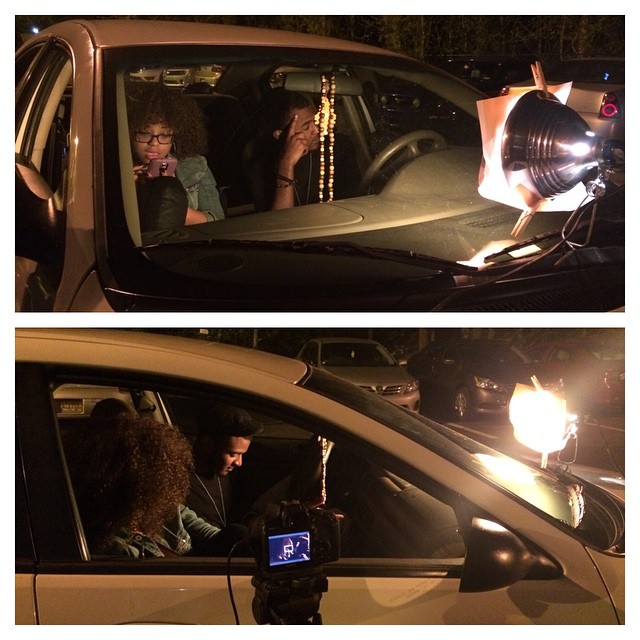 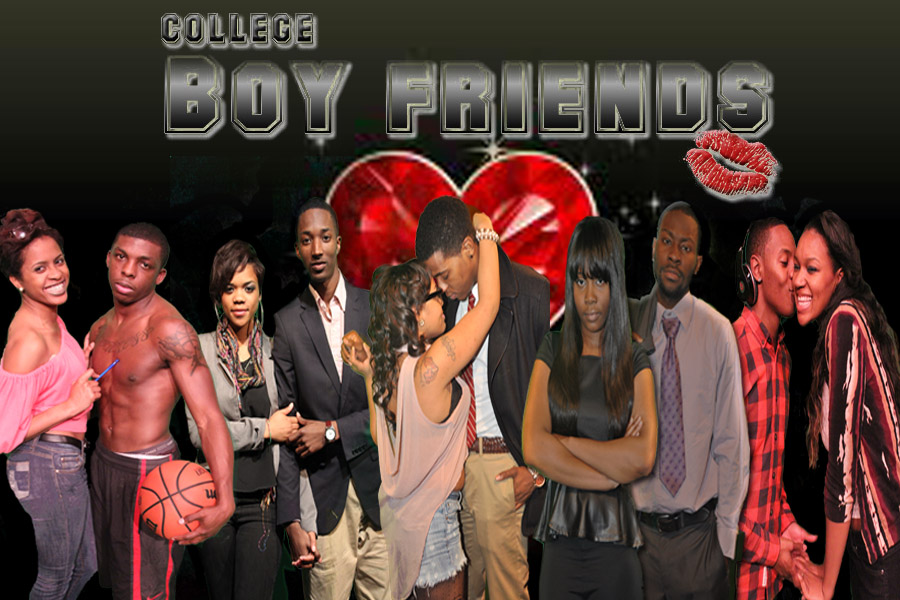 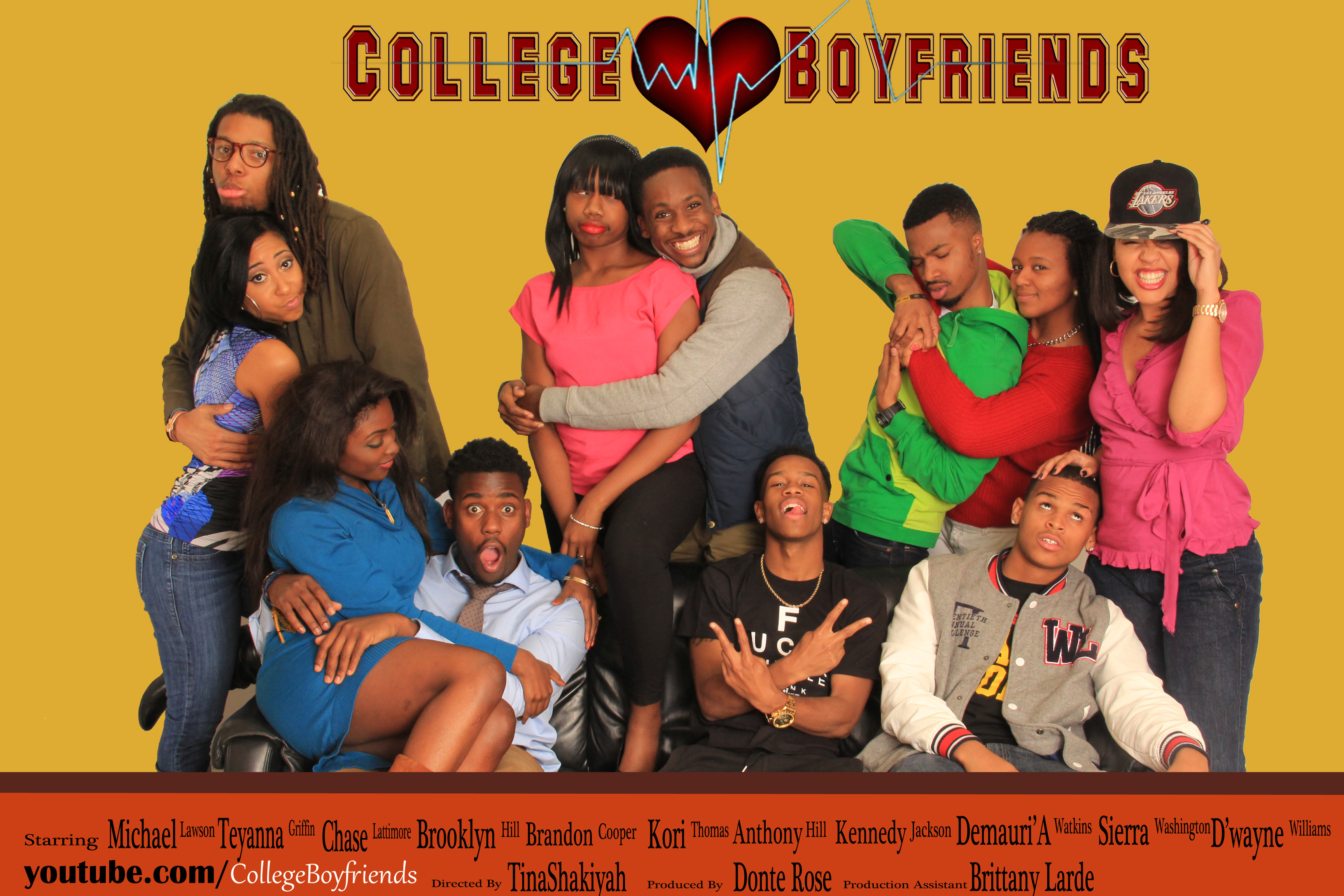 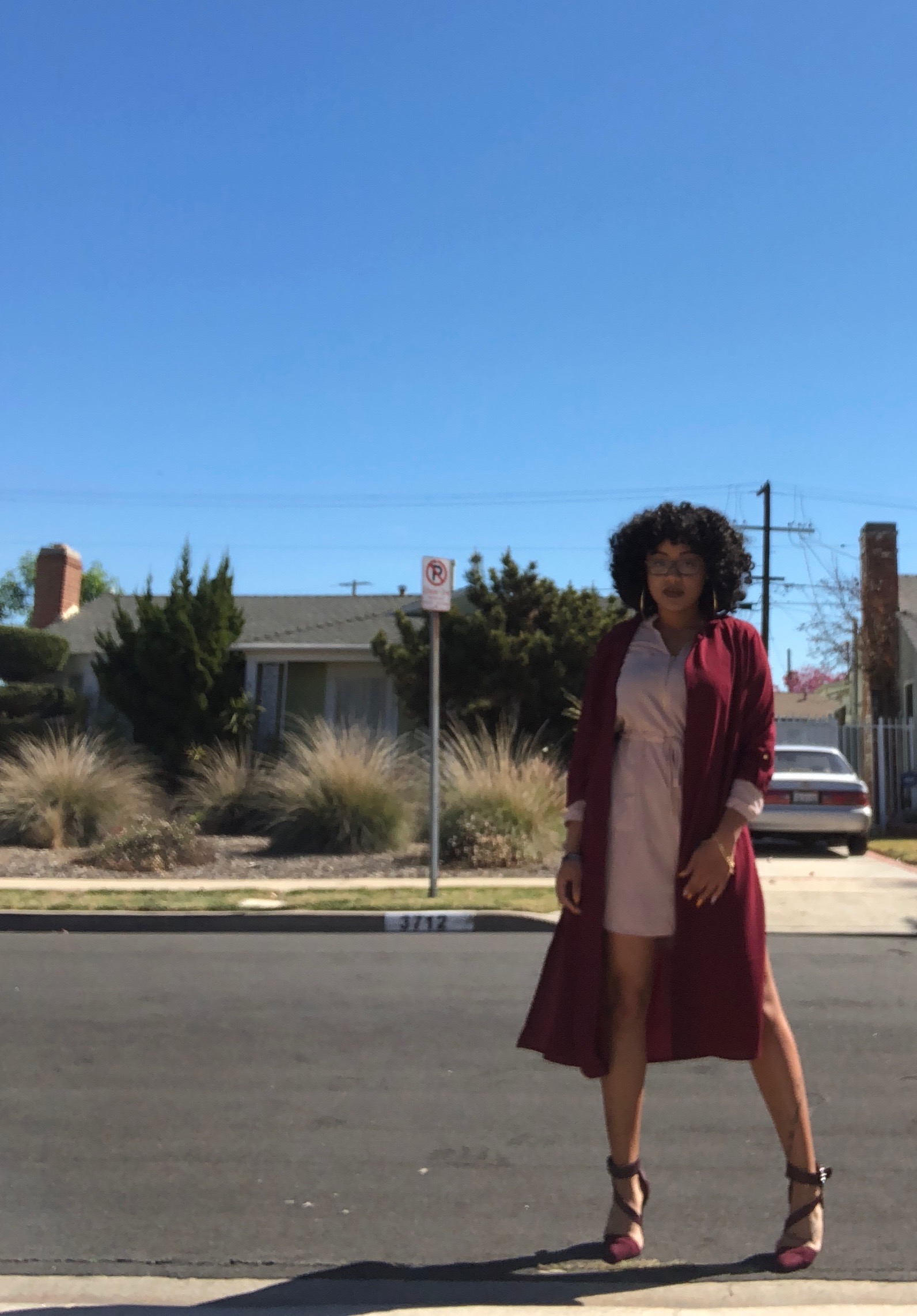