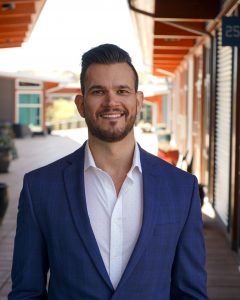 Today we’d like to introduce you to Austin West.

Hi Austin, we’re thrilled to have a chance to learn your story today. So, before we get into specifics, maybe you can briefly walk us through how you got to where you are today?
Prior to arriving in San Diego, I was a Branch Manager with Chase Bank in North Scottsdale. I was just promoted to running my first branch, and at a young 25 years old, was ecstatic at the idea and ready to work. However, unbeknownst to me at the time, they had put me in a branch where I would go HOURS without seeing a single customer – not an environment a young and hungry professional wants to be in.

Fast forward six months into managing this branch, I had been assigned a new Regional Manager after the company did a re-org. My first sit-down meeting with him, he asked me how things were going, where I responded, “it’s shit. I’m miserable here. This isn’t somewhere you put a young gun wanting to work his way up and give him zero opportunity to do so. I’m already on my way out and have had multiple interviews with competing firms.” He took time to listen to my complaints and simply asked, “if you could go anywhere in the country, where would you go?” I replied to him San Diego, where he then told me he’d call me the next day. Just as he said, I received a call at 9 am sharp the next morning to be told I have an interview at 2 pm for the Point Loma branch next to Sea World for their open Branch Manager position. I took the call, and by the end of the nearly 90-minute interview, I was offered the job on the spot and asked if I could pack my bags and move to San Diego in 12 days – and here I am.

When I accepted the job, it came with a menial raise that did not cover the necessary gap I would need to cover my basic expenses. Therefore, I was forced to work 50+ hours a week at Chase, as well as drive for Uber/Lyft for 2-3 hours a night an additional 4-5 nights a day just to ensure I was making enough money to break even each month and continue living in San Diego.

Fast forward a year and a half into being here, I was fired from Chase – much for things out of my control, but neither here nor there at this point. We had seen it coming, so I had been prepping for this moment and was seeking other employment as a backup plan. In that time, I had started interviewing with FundLoans, a startup company based out of Encinitas, CA. I had three interviews with them leading up into this week where on Wednesday I was fired from Chase, on Thursday I had my 4th (and final) interview with FundLoans, on Friday was offered and accepted the job, and on Saturday, I shattered my ankle playing football in a Vavi rec league. Quite the eventful four days in my life.

I reached out to my new employer, FundLoans, that Sunday is letting them know I would not be able to start work for Monday and I was having a major surgery later that week. I was emailed back saying, as their very first hire for Sales, they were not sure they could hold my position since they needed people in the door ASAP to start producing. I let it go and focused on dealing with my ankle.

Two weeks later, I decide to email FundLoans management back and essentially “begged’ for the opportunity, letting them know if they gave me a chance, they would not regret it. Inevitably, they did just that. Since it was my right foot, I was not able to drive to and from work – which was a 28-mile one-way drive on the 5 to Encinitas from my residence in Little Italy. I was forced to take an Uber/Lyft to and from work for the following five months before I was given the authorization to drive again, averaging about $100-150 a day in cost.

FundLoans was a startup Non-QM Wholesale Mortgage Lender, a field in which I had zero prior experience. It was also a job that paid minimum wage and was essentially a commission-only type role. The position I had taken, that of an Account Executive, was a role in which your clientele was all highly experienced mortgages brokers, so you really had to know your ish to get business flowing and people to trust you. Being so green to the industry, I know this would be quite the challenge. I took advantage of the fact I was forced to sit in an Uber/Lyft for 2+ hours in traffic each day over that 5-month span. I decided to buy a mortgage dictionary and print out the guidelines/regulations/matrices and all the above for all the products we have, general mortgage industry knowledge. That is how I learned the business.

Seven months into this new role, making minimum wage, having had drained my savings, and already cashed out my Chase 401k, I finally funded my first loan. Quite the slow start to say the least. Because of this immensely slow start, I was being forced to live off my credit to make ends meet, just knowing I would be able to make this opportunity work. By January 2018, after paying that month’s rent and car payment, I had $1,258 to my name between all my accounts and was simultaneously $42,000+ in credit card debt + already having had $30,000 in student loan debt. I called my Dad that week and asked him if I would be able to move back home and stay at his house for a few months to get back on my feet – that I had to quit and didn’t know if I’d be able to make it work. He replied by asking how much more room I had on my credit cards until they were maxed and said, call me when that happens, THEN you can move home.

In July of 2020, I decided to jump over to the retail side of the mortgage business as a Branch Sales Manager at Fairway mortgage, where I am still employed. In my first full year in the retail side of the business (2021), I am on pace to finish a Top 1% producer for the entire industry and finish as the Rookie of the Year at Fairway Mortgage whom is the 5th largest lender in the US. We’ll see how the year plays out!

I’m sure you wouldn’t say it’s been obstacle free, but so far would you say the journey has been a fairly smooth road?
The road has not been easy, to say the least, but I wouldn’t say my struggles are any different than what most people go through life. As told in my previous story, my struggles ranged everywhere from packing up and moving to a new place, getting fired from what I thought would be my career job/company, having life-altering physical injuries, starting a new career in a new field with no prior experience, going $72k+ in debt and nearly filing for bankruptcy at 28 years old, and other personal challenges many of us face throughout life.

Thanks – so what else should our readers know about your work and what you’re currently focused on?
I am currently in the retail side of the mortgage industry after spending my first 3.5 years on the wholesale end of the industry. I aid clients with buying of their new dream home or clients looking to refinance the home they already own. I am mostly known for my knowledge working in the Jumbo loan space, as I’ve personally funded more than 20 deals of more than $2,000,000, with my largest deal being a $12,000,000 purchase. I’m also known to be a creative lender that is able to find solutions and think outside of the box for many borrowers that have challenges in lending, such as self-employed borrowers.

I am proud of my success in multiple areas of the industry in such a short career. By going through it myself and learning the tools and traits you need to be successful on any level or in any industry, I am not able to also bring people along with me. I’ve been able to hire three of my best friends and take them on this journey with me, where they’ve started to experience the same successes.

Before we go, is there anything else you can share with us?
So much about having success in life, or being able to find your way through troubling or dark times, has nothing to do with your status, career, or money. It all starts with discovering who you are at the core and building on that. Healthy habits, a strong mind, emotional vulnerability, a desire for learning, and not being afraid of change. Without those key pieces in place first, I truly believe you cannot attain success in other areas of your life. 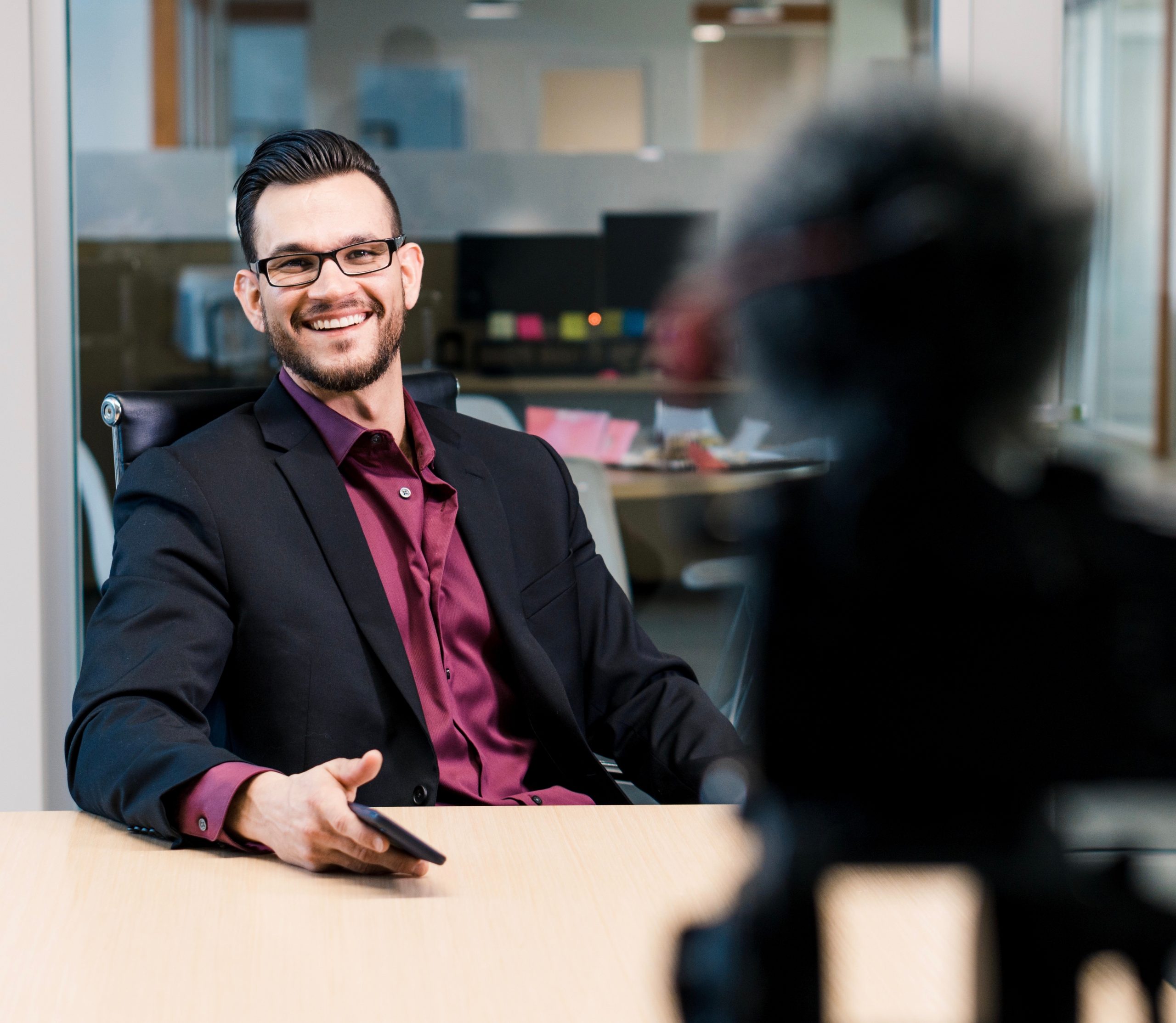 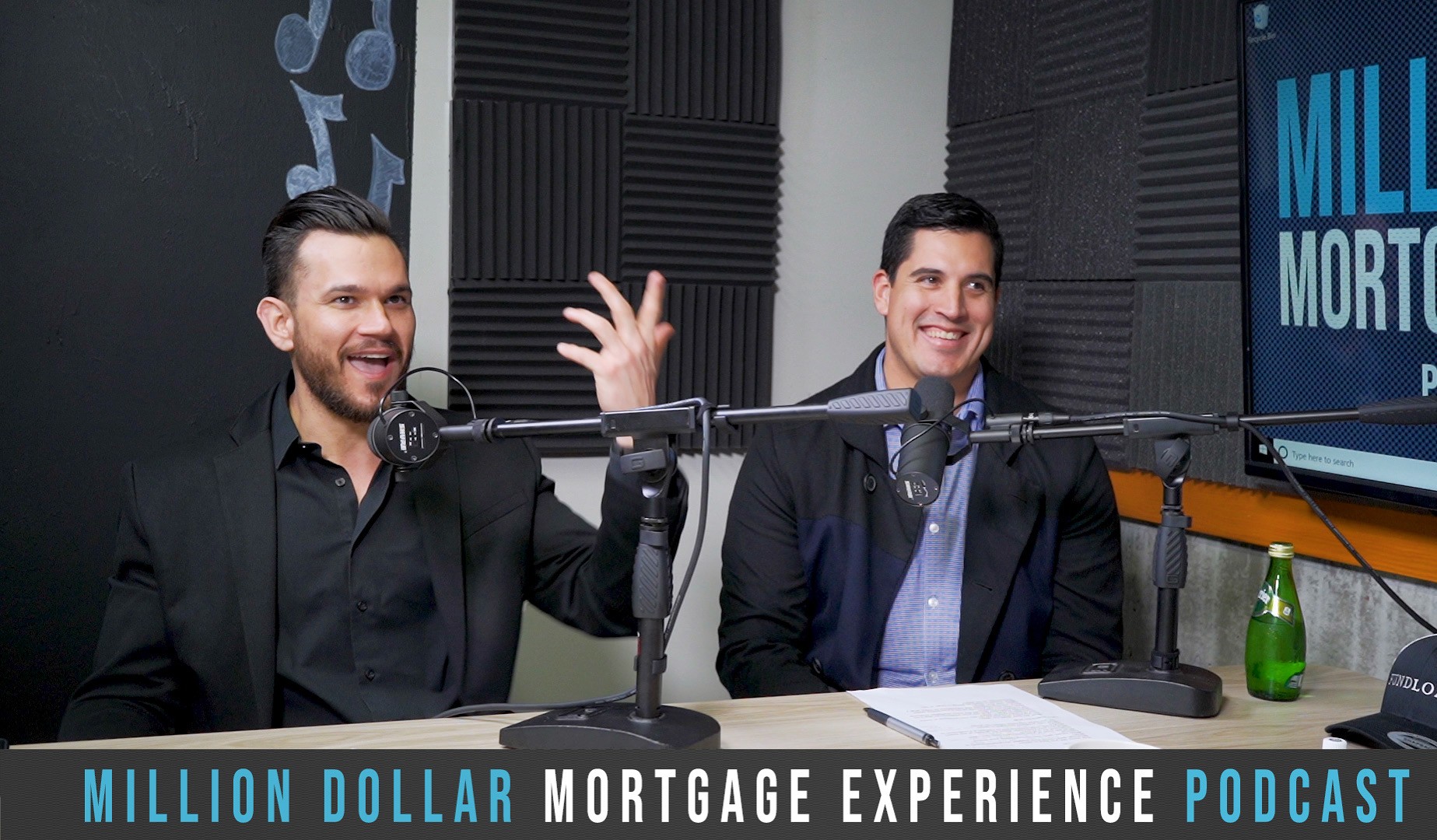 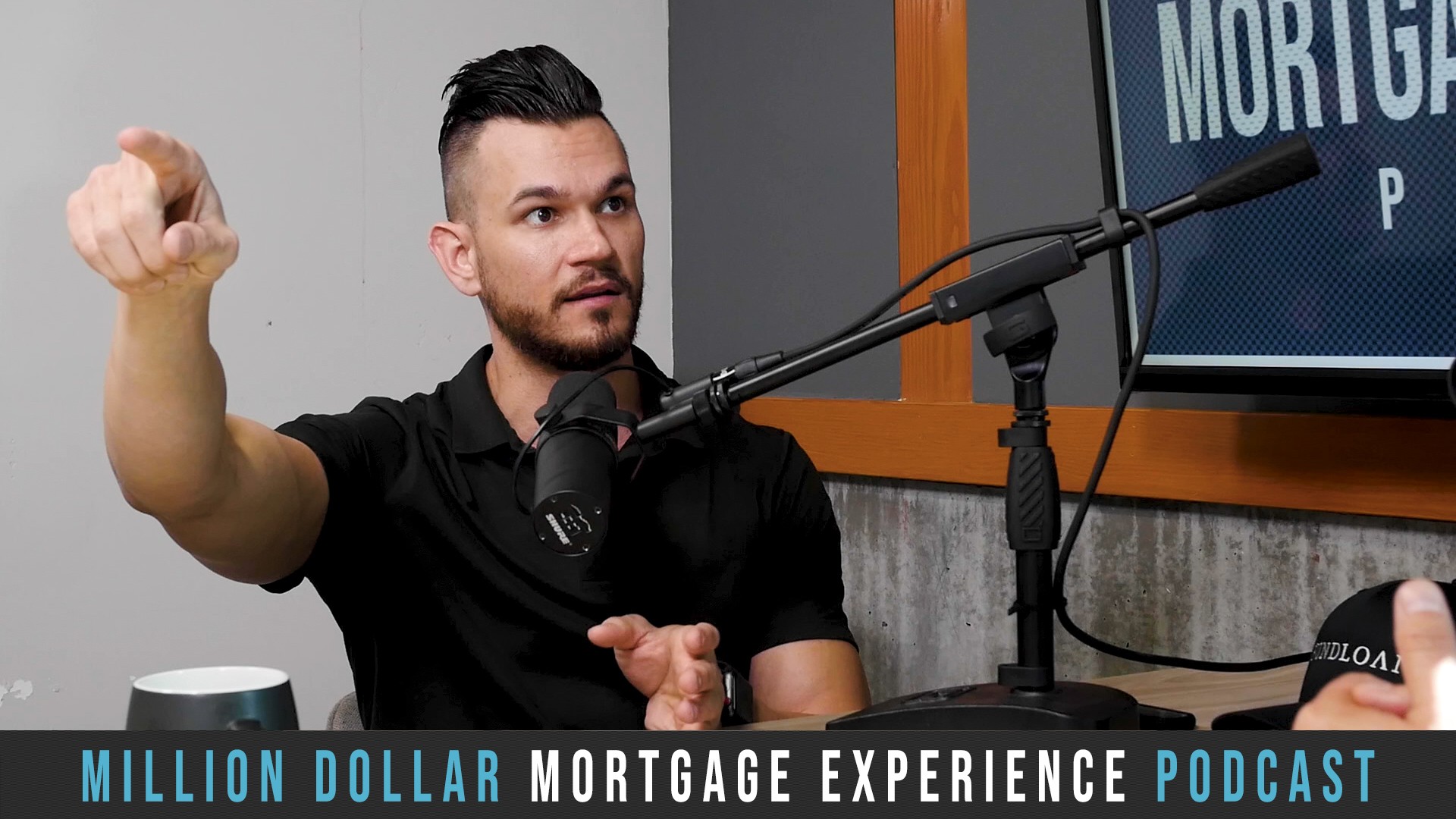 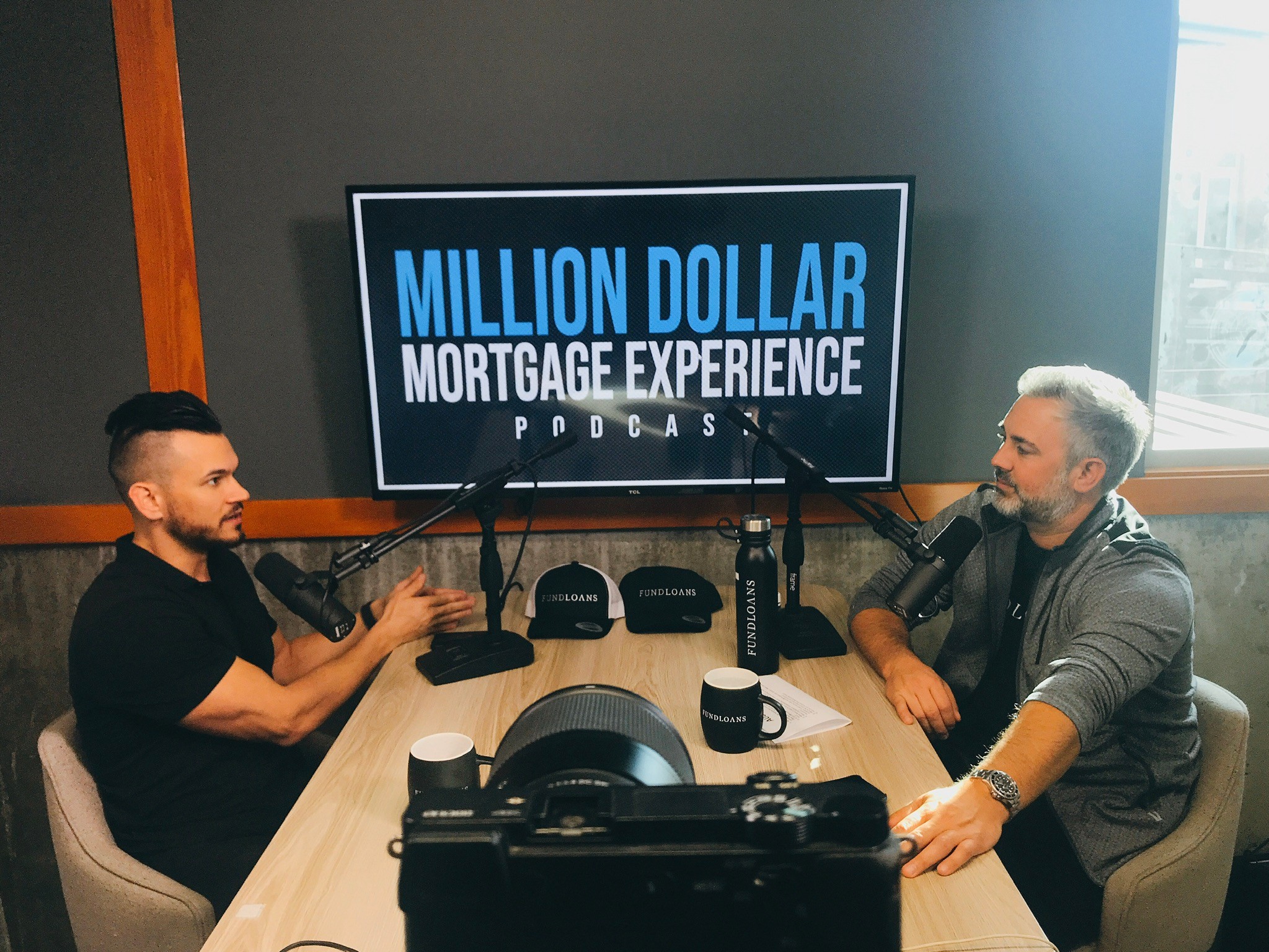