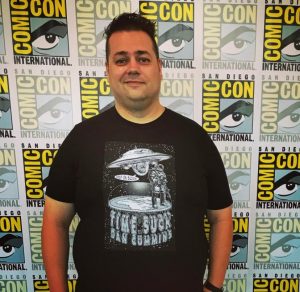 Today we’d like to introduce you to Tim Drake.

Hi Tim, so excited to have you with us today. What can you tell us about your story?
Since I was a kid I always had a fascination with entertainment. I loved music, film, and radio and I would do anything I could to be surrounded by them. I loved trying to get laughs in school and would often disrupt the class with a Fire Marshall Bill impersonation or something I had probably seen on In Living Color or SNL. I’m sure the teachers were a little concerned about why this six-year-old was quoting those shows. A few years later Jurassic Park came out and I was obsessed. I took my action figures, built cars with my erector set, and was going to film the sequel.

Of course, it was quickly announced The Lost World was being made, but I wasn’t deterred. I instead wrote a letter to Steven Spielberg asking him how I could be in the movie. That letter was intercepted by my Dad, who wrote me a response as Spielberg that I could audition to be a caveman, but I would have to go to an open casting at the mall and wear a traditional caveman loin cloth. Expecting that this would deter me, I was ready to show up at the mall in a loin cloth and go for it. My Dad had to come clean. Around this time I started really falling in love with morning radio and always tuned into the alternative rock station’s morning radio shows. My friends and I would record our own fake morning shows on cassette tapes. I guess you could say that was really my early foray into podcasting. As a boy scout, I learned there were merit badges associated with radio and communications and used this as my way to weasel my way into the radio stations I loved to see how it worked behind the scenes. As I went through my teenage years into my early 20s, like most people of that age, I was into everything music. I was in A LOT of really bad bands, which ultimately led me towards helping manage local bands and booking through a local venue. This crossover eventually started getting me connections with real record labels and seeing how the music industry worked. I had started college and was going to the school of Business, hoping to use it for a career in entertainment. I started working basic retail jobs throughout college, where I eventually met my wife of now 14 years. One of these retail jobs eventually landed me working for the NBA team the Utah Jazz within their retail division. While I loved working parallel with the exciting events of the sports world, it still wasn’t where I wanted to be. Business school was getting boring to me and I was seeing people I went to high school with graduating with their MBA and doing the same kind of job I was doing without a degree yet. I took a break and flew out to Los Angeles. I had some friends working out here that invited me to visit Paramount Studios. This changed everything. I felt a weird sense of calm in a place that is really nothing but fast-moving parts and chaos. I knew I wanted to transition to film. During this same time podcasting was starting to make its early moves into becoming a staple of media. I went back home, finished my semester, and dropped out of business school. I took a break for a few months and ventured into film school. During this time as well I took on an internship at the biggest local alternative station, X96. I was working with their morning show, Radio From Hell, one of the longest-running morning shows in the country.

At the same time, I started taking online writing classes at The Second City in Chicago and Hollywood. Between X96 and The Second City, they gave me the confidence I may have been lacking to really jump in with both feet. It was here I started my podcast, On the Mic with Tim Drake, and eventually found my way to San Diego Comic-Con. The podcast did well, interviewing incredible guests like Tracy Morgan, Edward James Olmos, Anders Holm, casts of TV shows, and so many more. San Diego Comic-Con became a staple of the show. We’ve been a part of the panel programming doing live shows since 2014. In 2017 I made the permanent move to Los Angeles and my career in both podcasting and film continued to grow. I started interning at The Nerdist Showroom at Meltdown Comics and everything started falling into place. Sadly Nerdmelt closed about 6 months later, but the relationships I built there helped me quite a bit. The San Diego Community has been incredibly supportive of the podcast and has been so kind to us every year at the convention. In 2021 I started Producing my first feature film, a horror/thriller called “Bundy Manor”. San Diego Comic-Con invited us to be a part of the Special Edition convention in November 2021 and where we debuted the trailer for the film. While we live in Los Angeles, San Diego and surrounding communities have become our second home and we hope to be able to entertain and be a part of San Diego as long as we possibly can!

Alright, so let’s dig a little deeper into the story – has it been an easy path overall, and if not, what were the challenges you’ve had to overcome?
One of the biggest challenges I initially faced was that I lived 700 miles away from where I wanted to be. I didn’t know anybody in an industry where a lot of making a career is sadly based on who you know. I initially moved to Los Angeles in 2013, but every job I had lined up fell through. After 2 short months, I had to move back to Utah. I was frustrated and didn’t know what to do. But I knew I had to get back to where the business was. I started making it point to drive to Los Angeles every few months to record podcasts and meet people at comedy shows. The trips went from being just a few days to a full week. Eventually, it put me in a place where I was able to move back in 2017 and continue to build my career. There have still been plenty of ups and downs and plenty of times even now where it seems like something huge is about to break our way and then it just disappears.

It can get really lonely and depressing at times, but you have to learn how to weather those storms, find the silver lining in them, and just move on to the next thing. This is the business of NO. I had to accept that early on that I was going to hear NO far more than YES. So I celebrate the small victories, learn from the failures, and figure out how to move ahead. With podcasting, it’s always figuring out how to grow your audience. With filmmaking, it’s figuring out how to get the money to make your films. Trying to find the right people to get a script in front of to help make that dream a reality. Some people may think it’s been a smooth ride for me, but I’m not posting that rejection letter or unreturned phone call to Instagram. I keep them though. And my producing partners and I keep all of our rejections.

They’re the hidden scars that keep us motivated to keep pushing forward.

Can you tell our readers more about what you do and what you think sets you apart from others?
When I started On the Mic with Tim Drake I was most proud of the guests that I was getting on the show. As some 20-something kid in Utah, getting big stars on your podcast wasn’t what anybody was doing locally. They only saw the likes of Marc Maron, Nerdist, or You Made It Weird doing that. Those were my idols as well. I wanted to do what they were doing. It helped me quickly make a name for myself not just where I was growing up, but people outside started to know who I was and I started getting more opportunities to be part of bigger events. I got to a point where people would reach out to me for advice on starting up their own podcast. When I was a student at The Second City, one of the teachers did an interview with me as well to help give people advice to start their own podcasts as well. Radio and Podcasting are one of my deep loves and something I’ve had a passion for since I was a kid, so it’s something I really love doing and helping other people learn how to do as well.

Filmmaking came about as we were winning awards for short films and getting recognized for our work, including having one of our films screen at the Directors Guild of America for a festival. Between writing satire and writing scripts, other filmmakers knew I could bring my own films from concept to a finished product and began reaching out. A filmmaker I had worked with in Utah, Alex Watson, had moved to Los Angeles about a year before I did and in early 2021 reached out to me about helping get a feature film he wanted to make financed. I joined the team and eventually became one of the main Producers of the film, as well as the Line Producer and Production Manager, where I was maintaining our budget and made sure the production ran smoothly. This film was our horror/thriller Bundy Manor which is now complete and starting to hit the festival circuits. Alex asked me to join his company J-Wat Productions as a Producer where we now have two new feature films in development, one written by me, and one written by Alex. We learned from Bundy Manor that we could finance and make our own films and get them out to the world, so we are now focused on continuing to write and produce and build our careers.

Let’s talk about our city – what do you love? What do you not love?
San Diego is such an amazing city! Aside from the week of San Diego Comic-Con, I always love coming back and spending time there when there aren’t the crazy crowds. The people of San Diego are so kind, no matter what sector I encounter. I always love venturing into the Gaslamp and trying all of the different restaurants. The dining scene in San Diego does not get the attention it deserves. It is amazing! I went vegan a number of years ago, and San Diego may be of the most vegan-friendly cities in the world. I never had to worry about what I’m going to find to eat. I always know what I find will be amazing! I do enjoy venturing out of the main part of the city towards Mission Valley or even eastward towards La Mesa and finding some great dining spots in those areas as well.

I find the city very easy to get around, and even back before we all had a GPS on our phones, I remember getting lost in the city and people were so incredibly helpful in helping us find our way.

Earlier when I said San Diego feels like a second home, it’s because the people of San Diego have made it feel that way. We’re always treated wonderfully by everybody there. 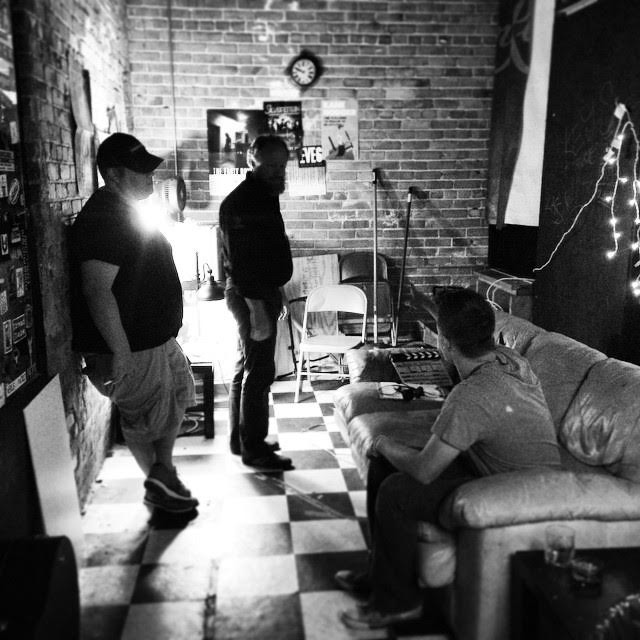 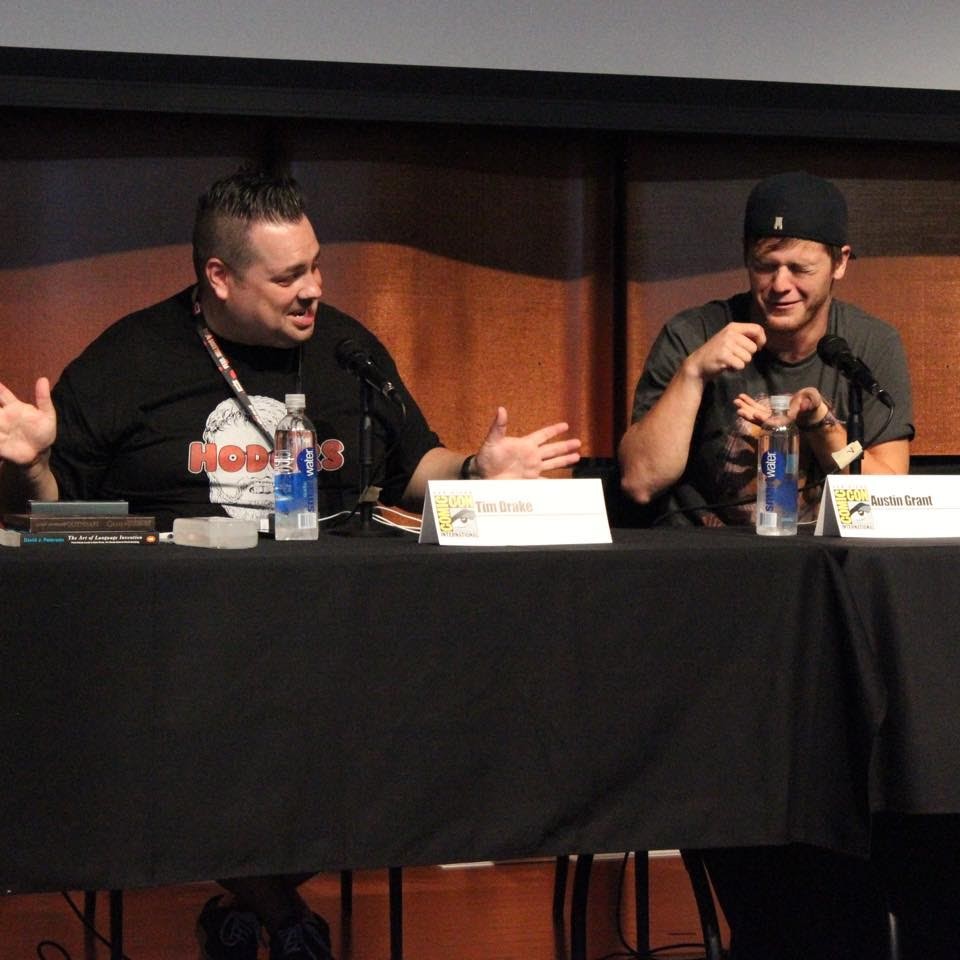 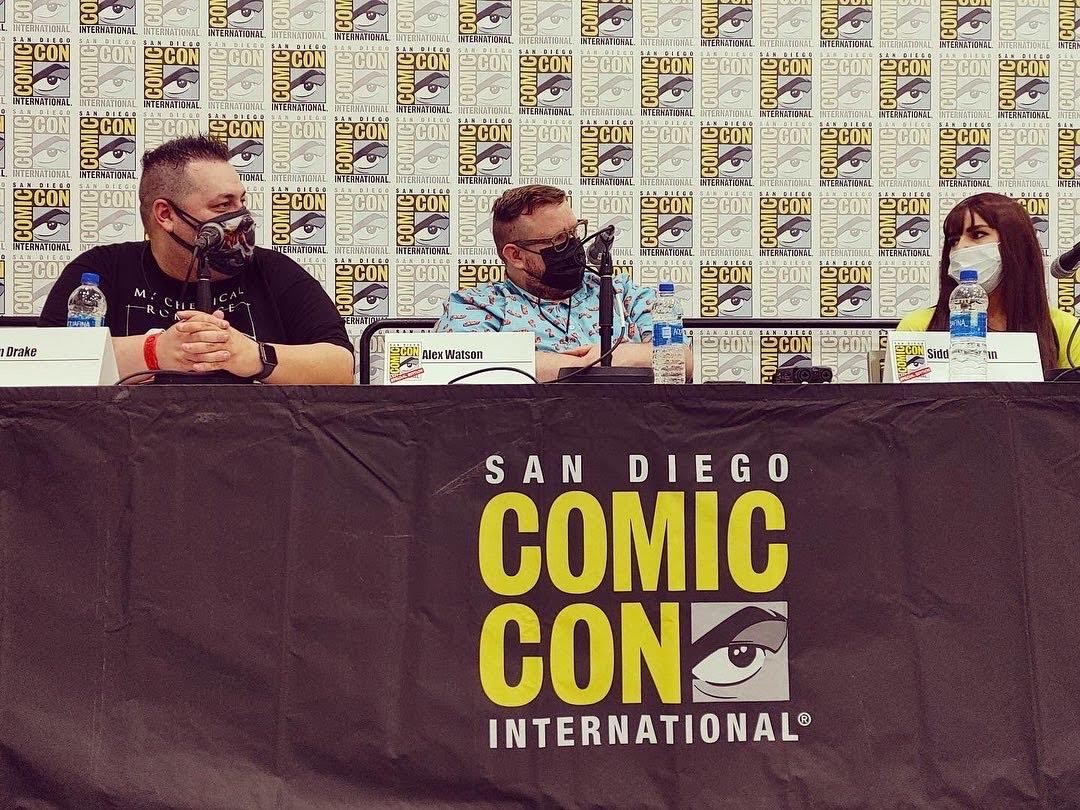 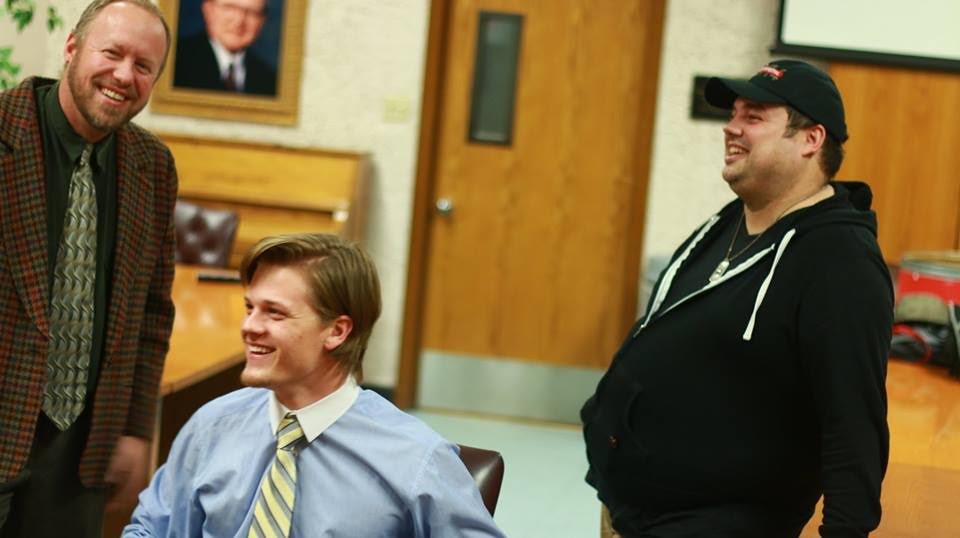 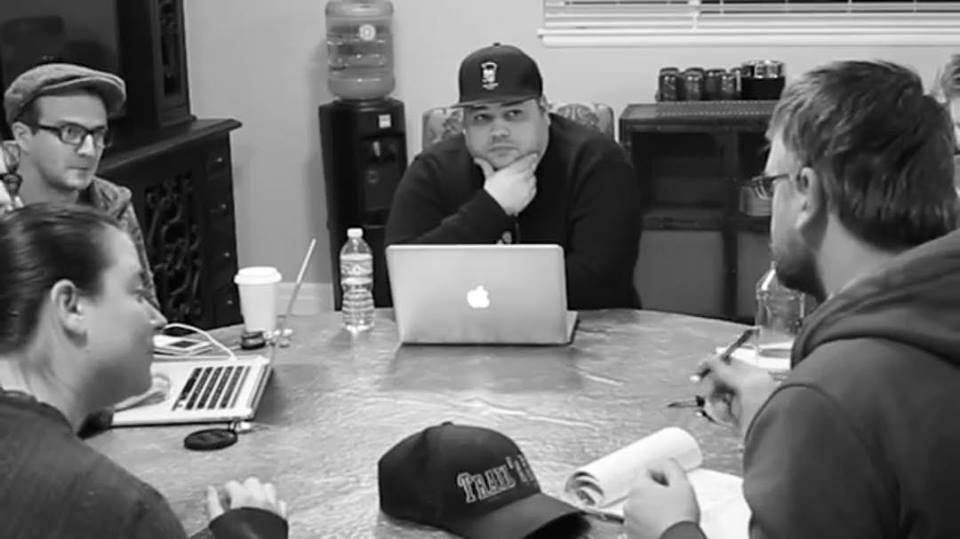 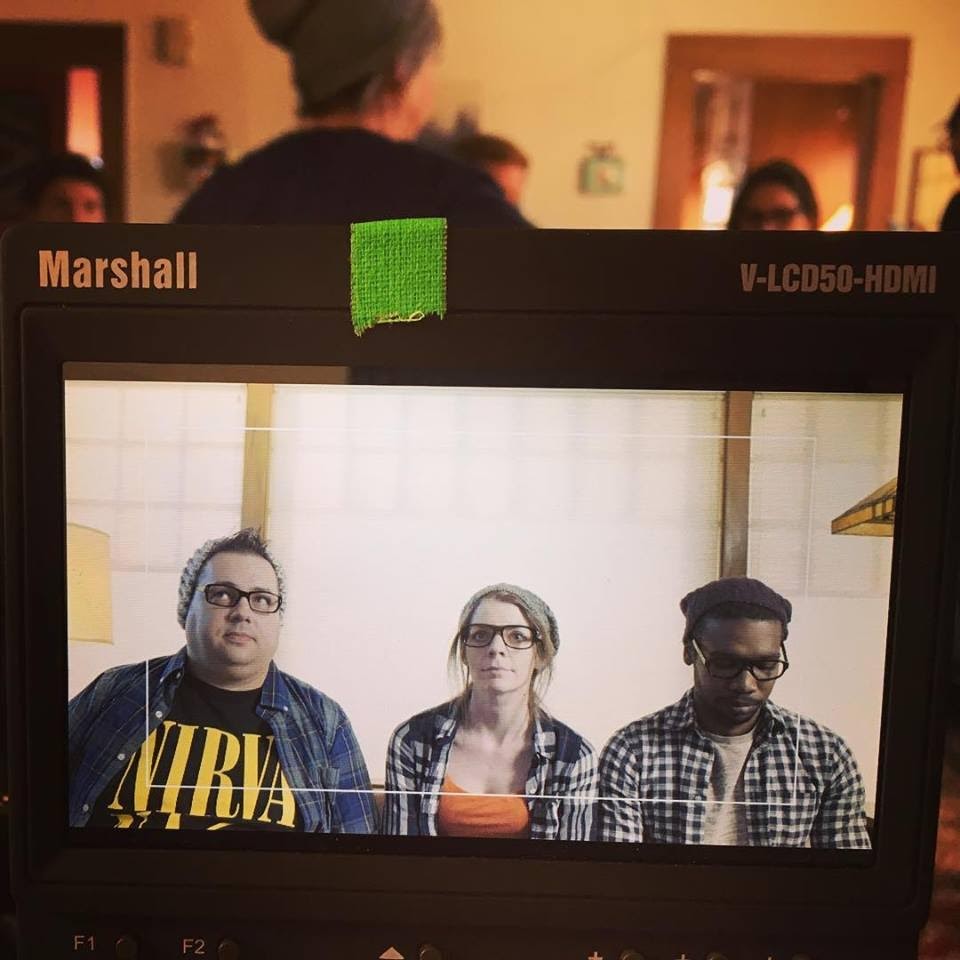 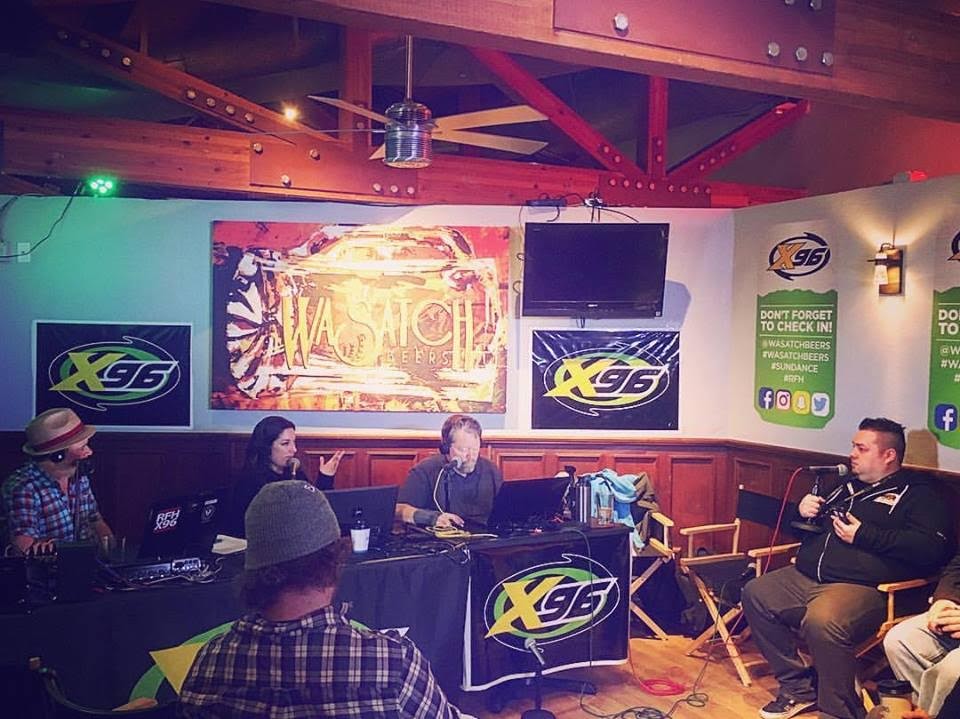 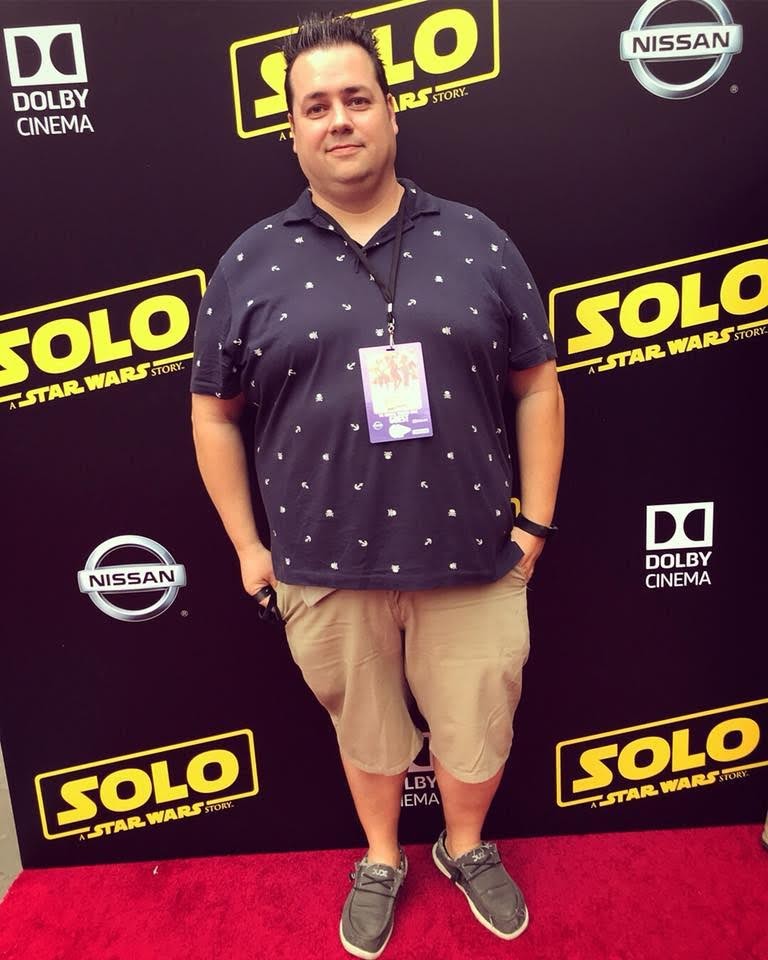