Hidden Gems: Meet C-bass Medina of Not Your City 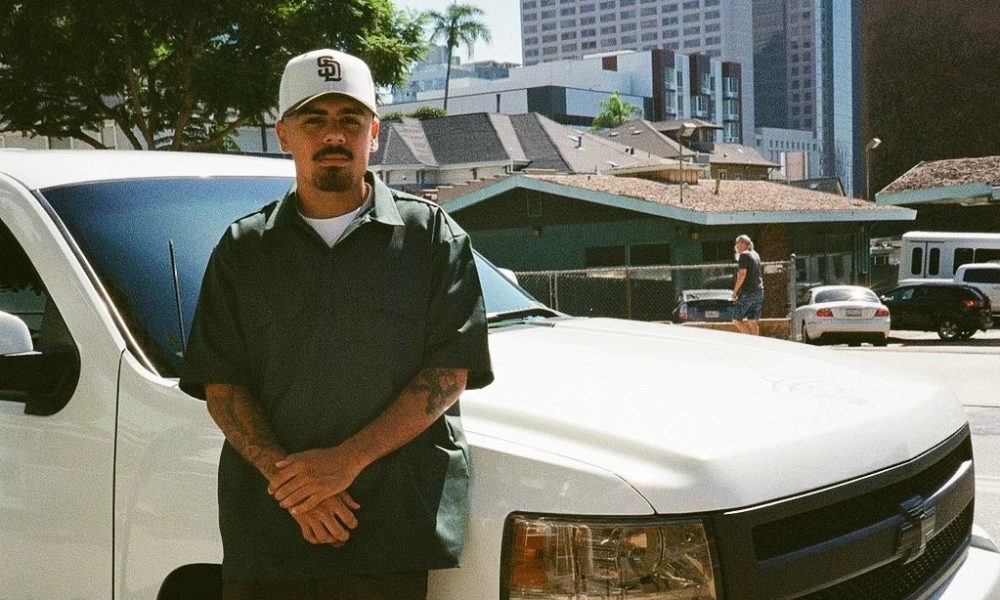 Today we’d like to introduce you to C-bass Medina.

Hi C-bass, it’s an honor to have you on the platform. Thanks for taking the time to share your story with us – to start maybe you can share some of your backstories with our readers?
I first started making T-shirts around 2012 while I was still in high school. I would get them printed at Six One Nine Printing and then sell them out of my backpack in between classes. The brand had not yet been created and I was only making bootleg rap tees at the time. I fell in love with the process but I did not see it as anything bigger than a hobby.

It wasn’t until 5 years later that I made the decision to take streetwear seriously and establish a legit company. When I first started Not Your City, I had no idea how to run a brand, but I knew that no matter what happened I would never compromise my vision for anybody or anything.

As a testament to the culture in south San Diego, as well as my desire to own a business, Not Your City was created.

Alright, so let’s dig a little deeper into the story – has it been an easy path overall, and if not, what were the challenges you’ve had to overcome?
Like most businesses, we’ve had our fair share of growing pains.

Most of the struggles and issues we’ve encountered have come from the streetwear game itself. There’s been a few instances where other companies have attempted to re-create some of our popular designs and sell them as their own. Despite these attempts, Not Your City has stood the test of time and is highly revered in the local streetwear community. I’d like to attribute this to our originality and authenticity.

If there’s anything I’ve learned in the process it’s that your audience can see right through the gimmicks and will not hesitate to call you out for putting up a front or representing something you know nothing about.

Great, so let’s talk business. Can you tell our readers more about what you do and what you think sets you apart from others?
In 2017 I felt the need to fulfill the void I saw in the local streetwear scene. I decided to use T-shirts as a voice for the locals and represent the culture they felt was being stripped away from them due to gentrification, tourism, and fascism. I wanted to represent the raw, gritty, and harsh reality of the city that often gets overlooked by the sunshine and palm trees.

Pulling inspiration from 90s rap music, punk rock music, graffiti, and narcotics, Not Your City is notorious for clever logo flips and morbid drug references. Some of our most popular designs include a Tacos El Gordo logo flip, a remix on the De La Rosa Mazapan package, and a reference to G-Unit merch in the early 2000s.

Not Your City is also known for the infamous “Hood Tour” shirt which lists different areas of San Diego that are plagued by gang violence and drug trafficking. This design is often misinterpreted, and at times even imitated by other brands. Despite this, it has gained notoriety throughout the city and is one of our most popular designs to date.

Do you have recommendations for books, apps, blogs, etc?
Currently, I’m reading The Chicanos by Feliciano Rivera and The Tao of Wu by RZA. These two books have been serving as both a balance and an escape from creating and designing.

Outside of books though, I try to find inspiration from everyday life. Anything from conversations with family members to daily activities around the city can serve as inspiration for me.

One of my favorite resources to use while creating is music. From classic oldies to the music my homies make, I use it to fuel my creativity no doubt. 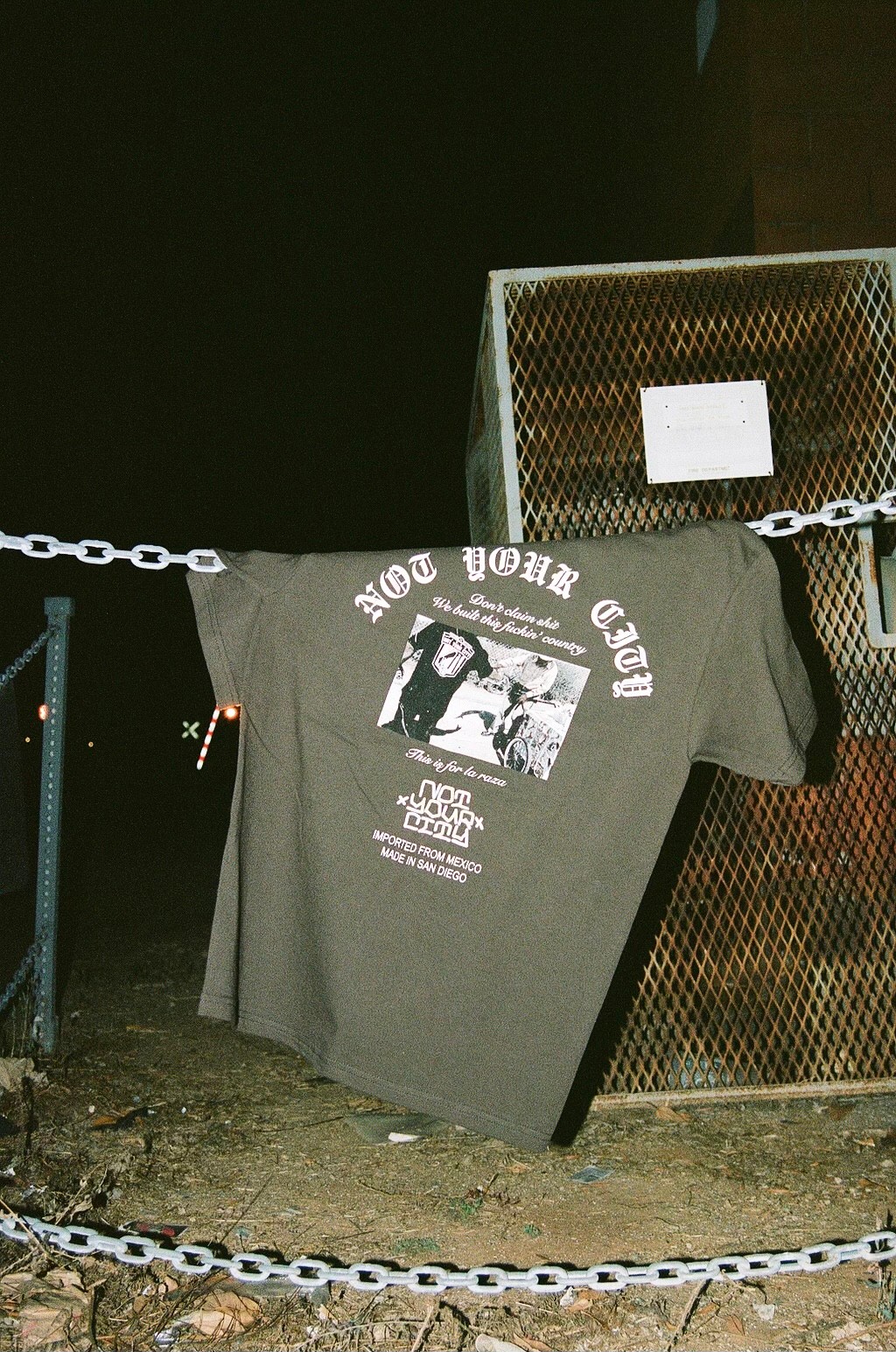 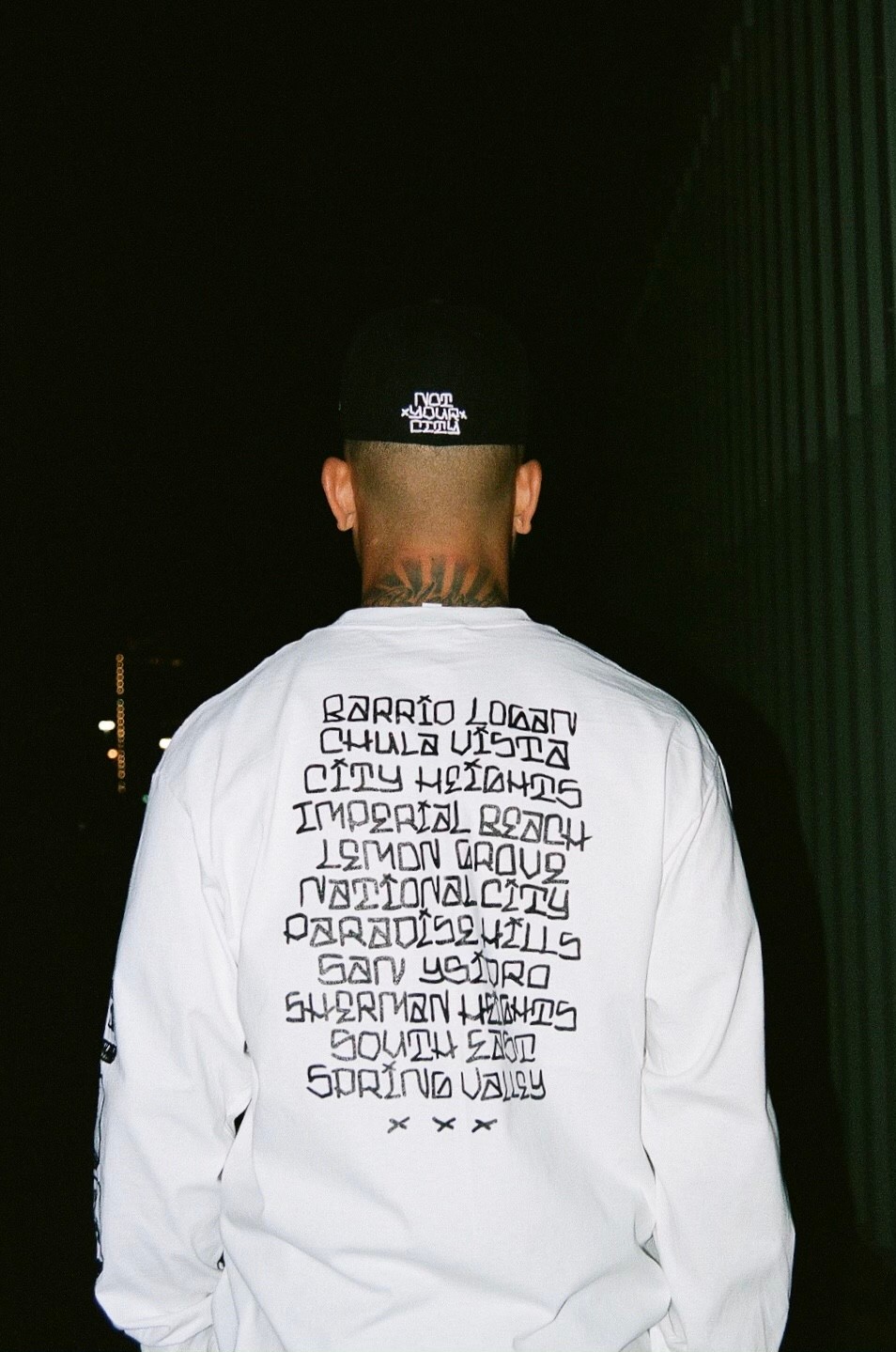 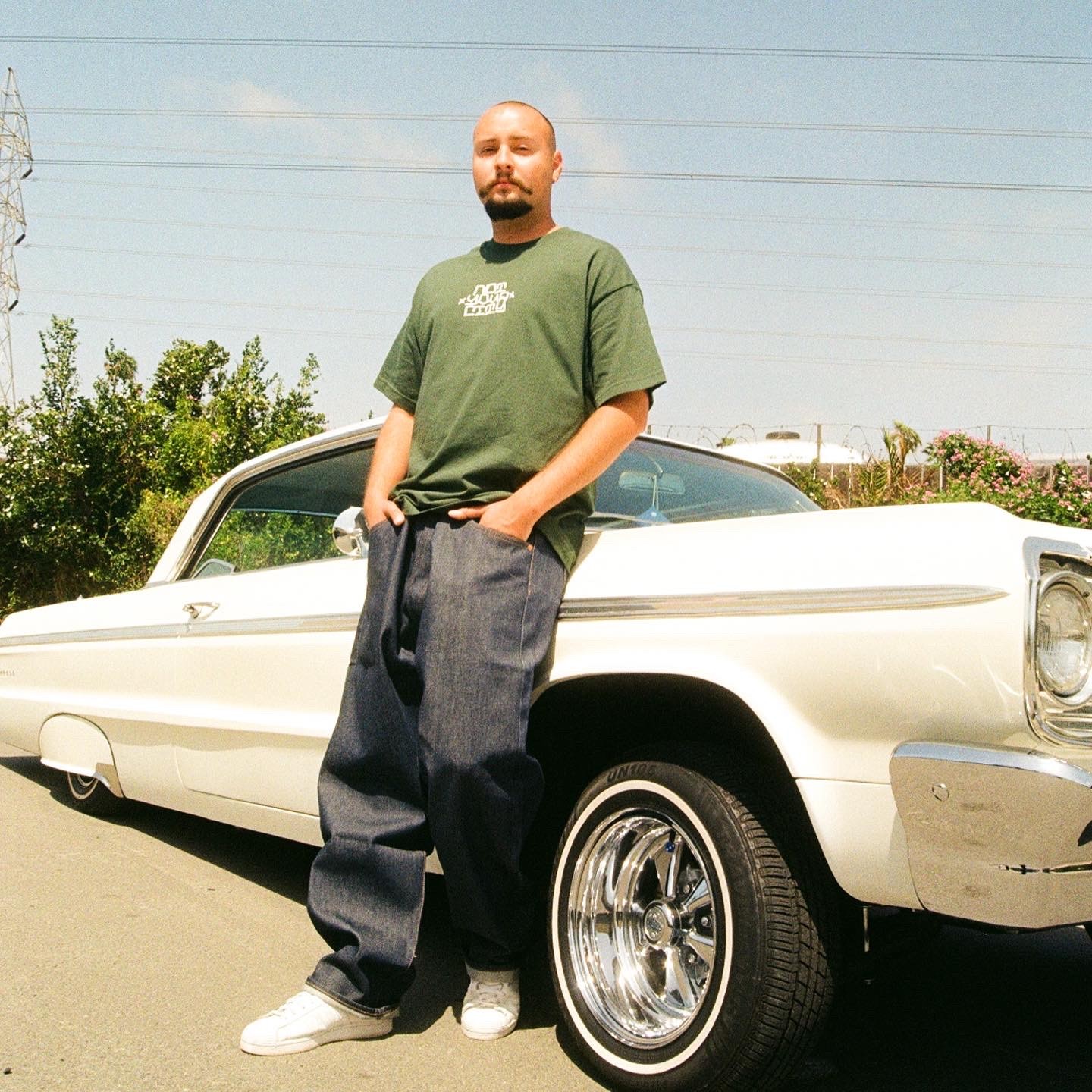 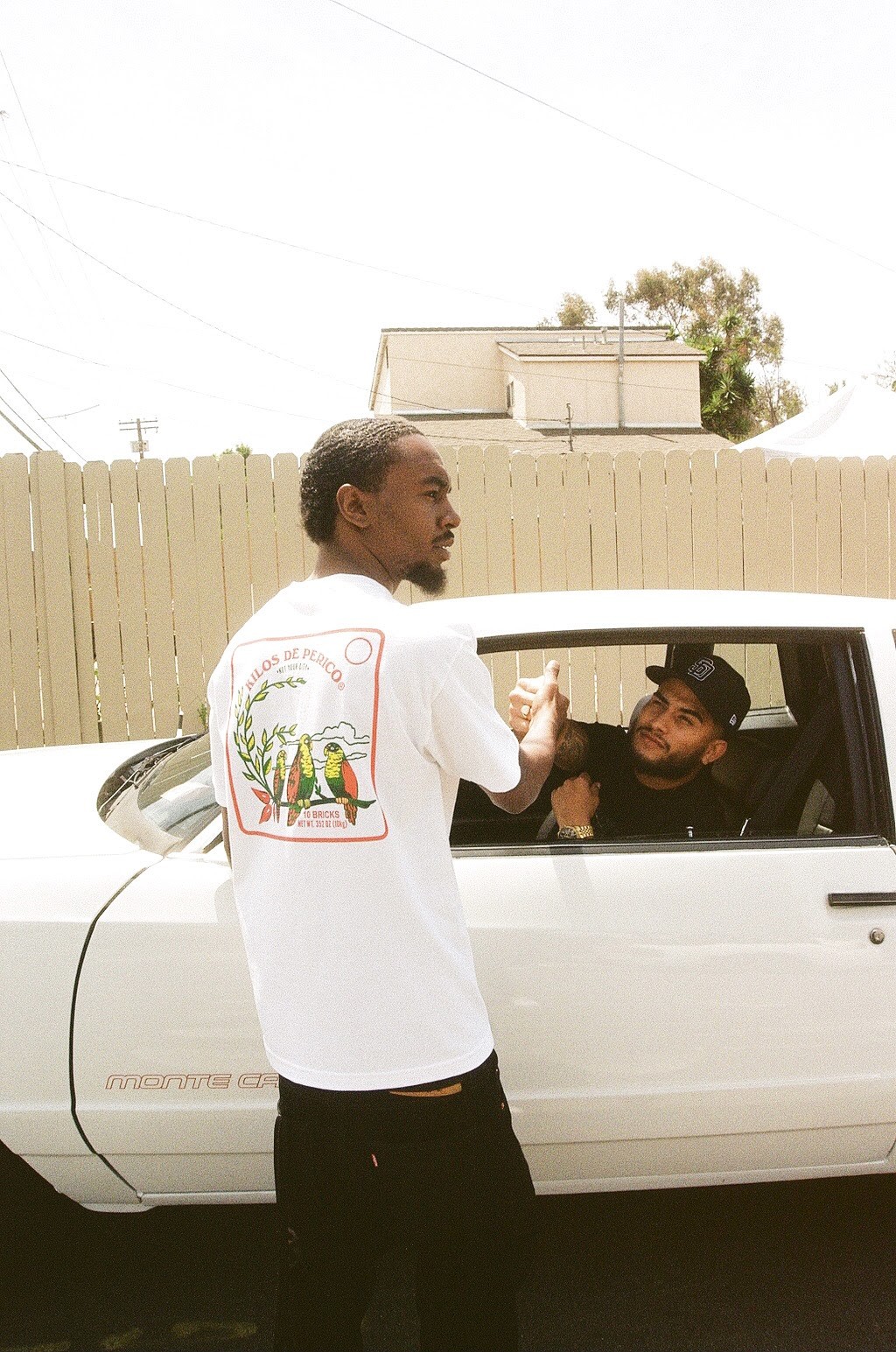 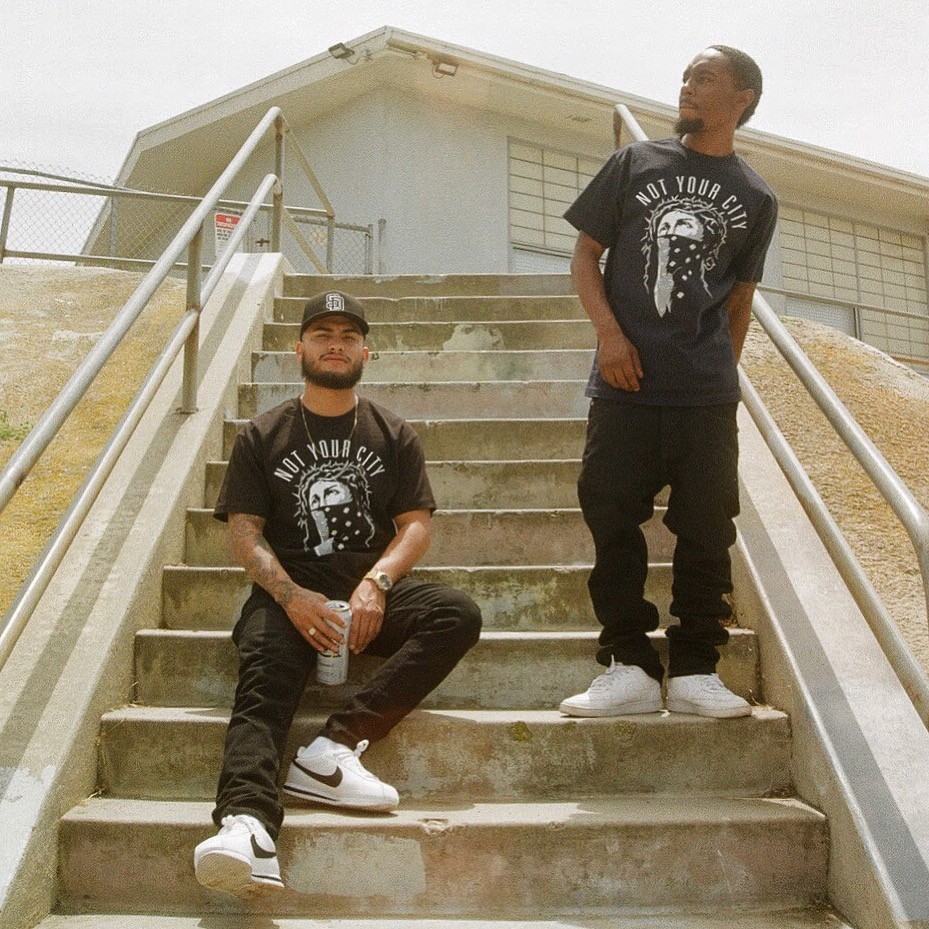 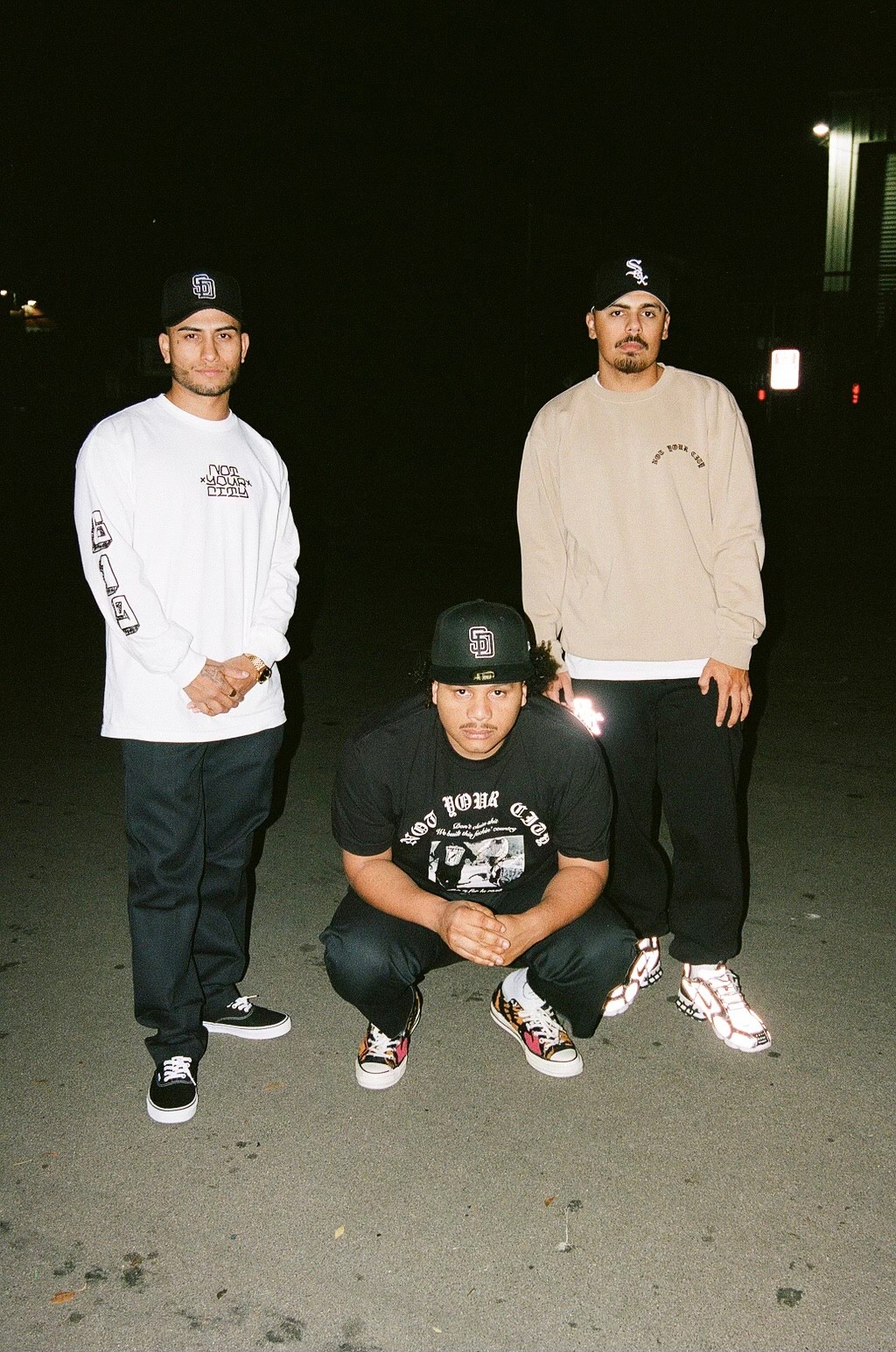 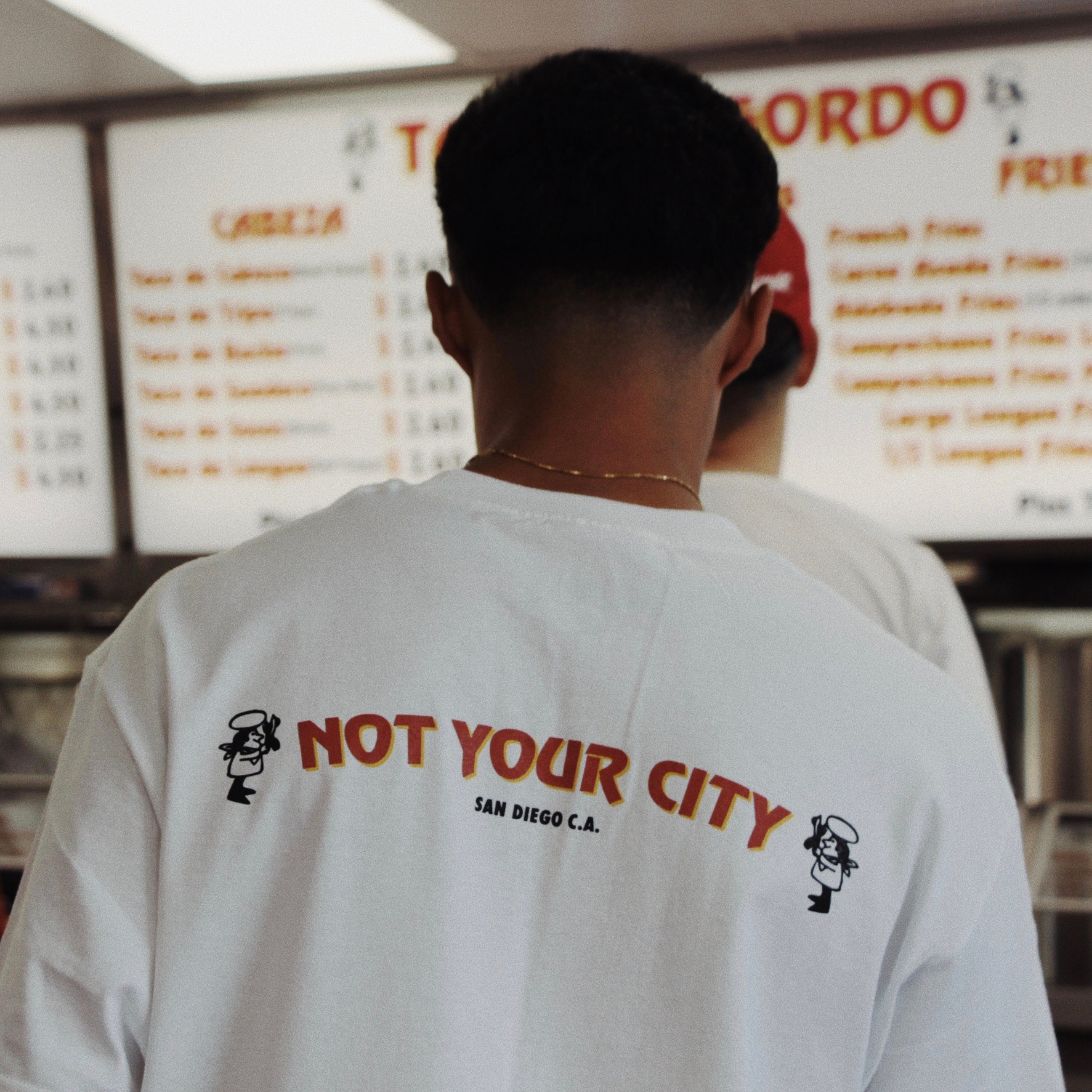 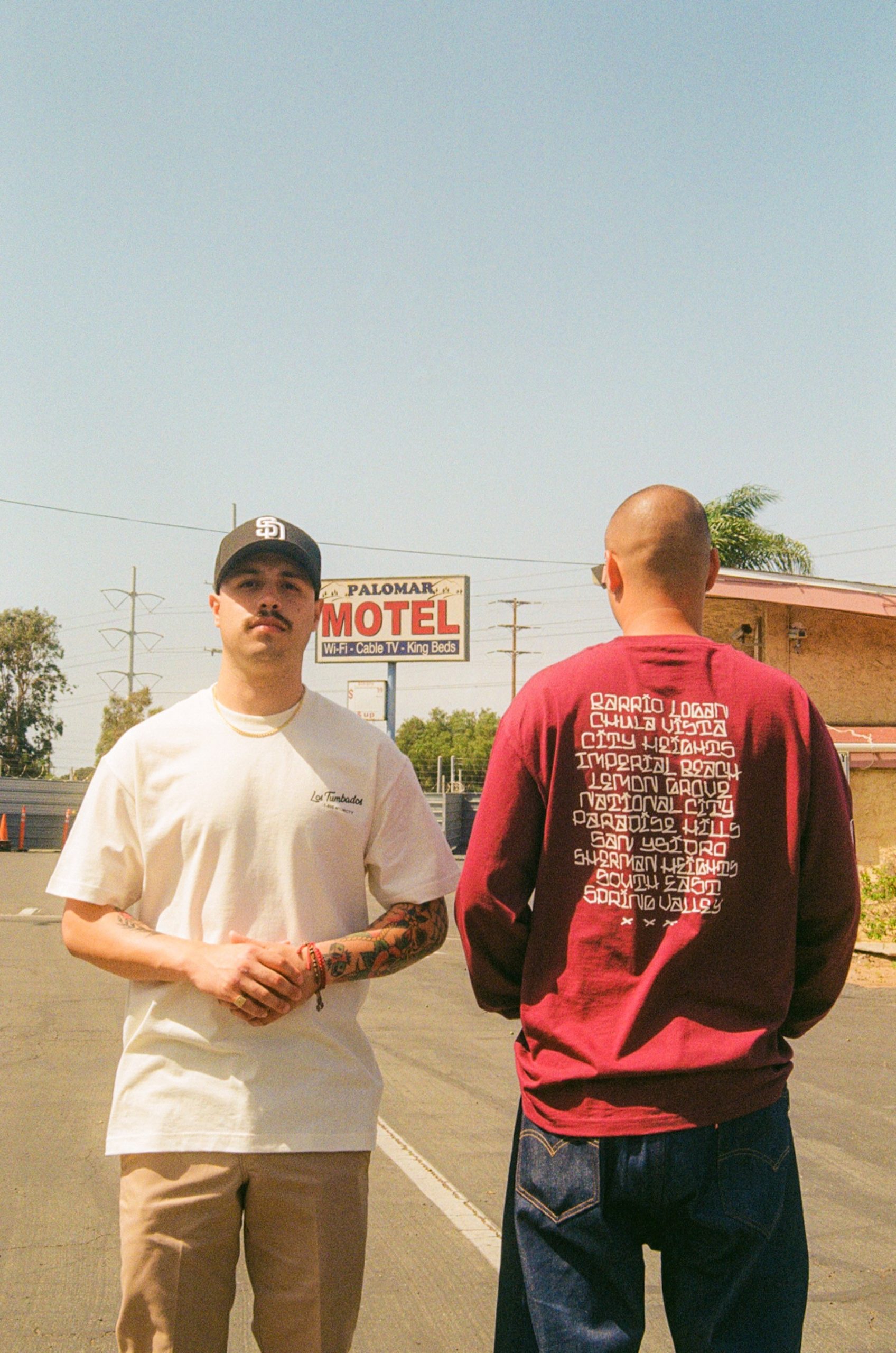