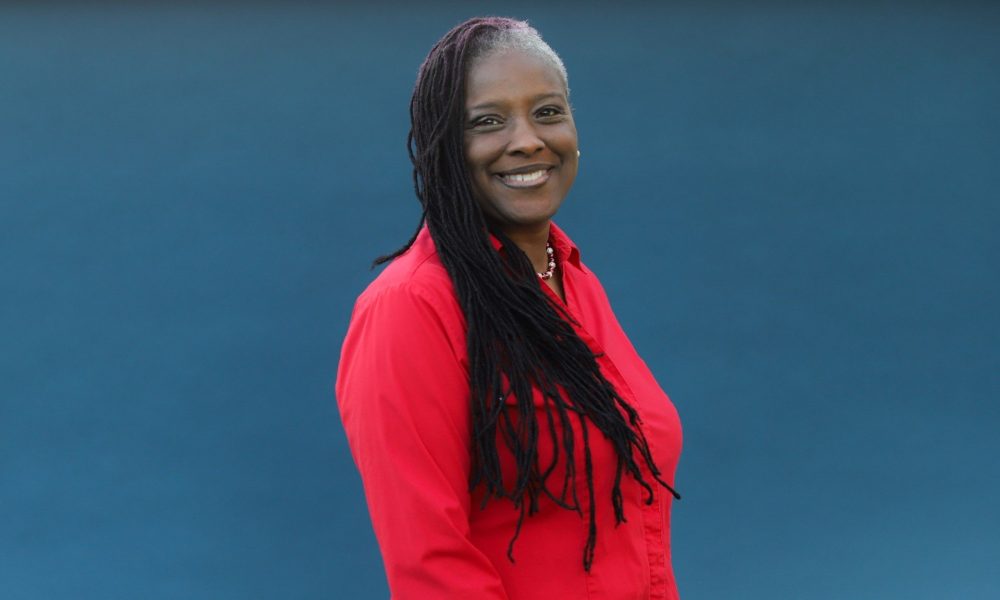 Today we’d like to introduce you to Danielle Jackson-Grillo.

Hi Danielle, so excited to have you with us today. What can you tell us about your story?
My journey as a therapist actually began 38 years ago, when I lost my mama and best friend, Patricia Ann Jackson. Though familiar with grief and loss, my mother’s death sent me on a self-destructive spiral. She was my advisor, confidant, educator, and encourager. After her death, I was left with no real relationship with family members and my friends simply could not relate. Talk about abandonment! I DID, however, journal and found solace in music. The song lyrics put words to my emotions and would play a major role in my healing process.

In the next few decades, which I now refer to as my “foggy years”, I tried running track; but developed an eating disorder. Then joined the Air Force, thinking it would keep me mentally occupied but spent weekends drinking in an effort to avoid overwhelming feelings. An honorable discharge and two failed marriages later, I realized that I was the common denominator. Nothing external was going to repair internal injuries. I knew I needed help and thankfully, a friend referred me to her therapist.

Saying that therapy changed positively changed my life would be an understatement. After multiple, challenging sessions, I was reintroduced to my own voice, my own thoughts, and well…me! For the first time in decades, I felt empowered and better positioned to fulfill my life’s purpose.

Most of my personal life leveled up after therapy. My mental, emotional, and physical health improved drastically; and I am still a lover of self-development with my own therapist and mindfulness practice. My husband and I have been together for 15 years and we will be celebrating 10 years of marriage in October. Grateful for healthier relationships with my dad, brother, and children. Recently, after hearing my story, someone asked if I would change anything from the past. The short answer…no. All those things were a part of my journey. Everything is a blessin’ or lesson, I guess.

Would you say it’s been a smooth road, and if not, what are some of the biggest challenges you’ve faced along the way?
There are real obstacles that accompany the path to become a therapist. It is notably difficult for African American therapists who make up less than 5% of the field. Once, I attempted to discuss the issue of race with a supervisor who not only invalidated my concerns; but comforted my colleague who was, “Tired of hearing about race.” Just after George Floyd’s death, and in light of my own experiences of racism perpetrated against Black and Brown therapists as well as clients, I founded Calafia Promise Therapy. The agency is named after Calafia, a character in “Las Sergas de Esplandián,” a novel by Garci Rodríguez de Montalvo. Calafia was described as a Black warrior queen who ruled the mythical island of California which was inhabited by Black female warriors. Though we serve all communities, representation matters. It was empowering to create that safe space.

As you know, we’re big fans of Calafia Promise Therapy: A Marriage & Family Therapy Agency. For our readers who might not be as familiar what can you tell them about the brand?
Today, I am a licensed marriage and family therapist virtually serving the state of California. After George Floyd’s death, I founded Calafia Promise Therapy, a culturally competent, trauma-informed mental health agency. My specialties include: emetophobia (subtype of OCD), racial trauma, grief and loss, and CPTSD/ACES (childhood post-traumatic stress disorder/adverse childhood experiences).

I believe that my own experiences with both trauma and therapy set me apart from some other therapists. Also, I believe my authenticity and empathy drive me to pay forward the gift of guided healing. In fact, the courage to be authentic and competent is what makes me most proud of our brand. My goal is to help individual move beyond trauma, help close the mental health gap, and offer healing services for all.

Let’s talk about our city – what do you love? What do you not love?
I love the climate and environmental diversity of San Diego, but the traffic situation can be stressful. Just another opportunity to practice mindfulness, I guess. 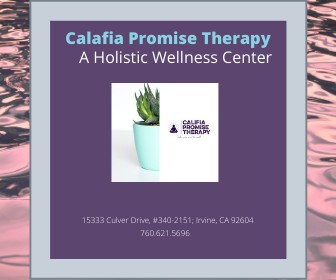