Life and Work with John and Melissa Steele 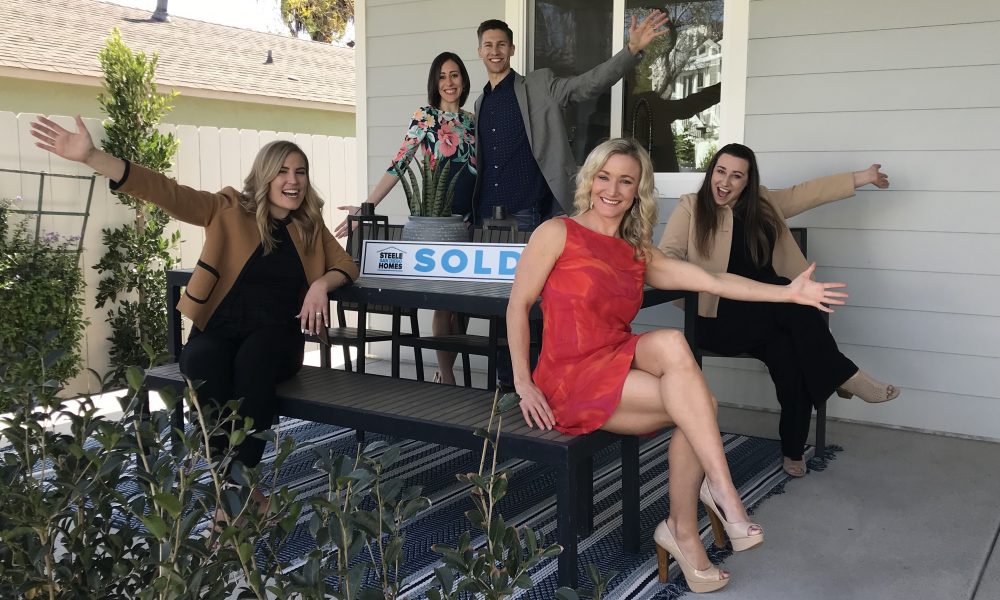 Today we’d like to introduce you to John and Melissa Steele.

John and Melissa, let’s start with your story. We’d love to hear how you got started and how the journey has been so far.
Our story starts about six years ago. We were living in Buffalo, NY and were both working corporate jobs that we hated. Being fed up not only with our jobs, but also with the snow and freezing temperatures, we decided to take a leap of faith and move to California. We quit our jobs, sold almost everything we owned, and headed out on the cross-country trip of a lifetime. We took seven weeks to explore the country on our way, arriving in San Diego in early 2013. Upon arrival, it was time to start the job search. Melissa found a job working as an office manager at a tech start-up downtown and John found a job as a real estate assistant in Pacific Beach. This is where our love of real estate and our business began.

As an assistant, John was responsible for helping the agents in the office grow their business. While John took a dramatic pay cut from his previous banking role in Buffalo, he loved the new opportunity because of how much he was learning about real estate. It didn’t hurt either that he was two blocks from the beach and wore shorts and flip-flops to work – a stark contrast from the shirts and ties left behind in the banking world!

After working in an assistant role for a year, John was then approached by a large investor and redeveloper to join their team. This company was and still is, one of the largest investors and redevelopers in San Diego, completing about 100 projects a year, so this was a fantastic opportunity for John to learn even more about San Diego real estate and also get an in-depth behind the scenes look at the investing and flipping world. In this role, John gained an enormous amount of experience and knowledge.

While Melissa was not working in real estate during this time, she had always had an interest in it. Her grandparents had immigrated to the US from Greece and had built their wealth in real estate through investment properties, so she saw first hand the power that real estate could offer. Melissa had also purchased her first home in Buffalo at the young age of 21, and investing in additional properties was something that John and Melissa as a team wanted to achieve. While John had been studying for his real estate license, Melissa figured that she would get hers as well. Together, John and Melissa accomplished their goal and passed their exams to get licensed in May of 2014.

After working in the real estate industry for a little over two years and gaining an incredible amount of experience behind the scenes, John proposed the idea to Melissa that they should start their own business. Melissa left her job and one week before their wedding, John left his position with the investing company. Using the money that their friends and family gave them as wedding gifts, John and Melissa took another leap of faith and started Team Steele San Diego Homes.

Melissa and John worked tirelessly for months when they first started out in real estate. Working twelve to sixteen hour days, seven days a week was not uncommon for the Steele Team, and they worked endlessly to get their first deal. In the first ten months or so of business, while working harder than they ever had before, Melissa and John only closed three deals, but they didn’t give up. They were relentless with their follow-up, open houses (they held over one hundred in one year!), and consistency. Finally, almost a year after starting their business, things started to click, and contrary to the start, within the next six months, the Steele Team closed sixteen deals and over eight million dollars in real estate!

At the end of 2016, after finally seeing some success in their efforts, the team reinvested everything back into the business, partnering with a local marketing company to build out marketing strategies, SEO content, social media, and video content and more. 2017 was a year of investment in their business, and together, John and Melissa gave everything they had to invest as much time, energy, and finances as possible into building a solid marketing foundation for their new business.

Their efforts paid off and by 2018, the team had grown to five members – John and Melissa, a full-time Client Relationship Manager Jordan, and two agents, Justine and Lauren. In 2018 alone, the young team changed 83 lives, closing nearly forty transactions totaling over $16 million worth of real estate.

The team as a whole is committed to providing a different approach to real estate, one that is straight-up, no BS, educational, and heart-centered. They are committed to quick turnaround times, don’t believe in being pushy, answer their phone, and do so many of the other things that may seem simple, but for some reason are lacking from so many other agent experiences! They want every client to feel like their ONLY client, and they are committed to every person they work with feeling as though they’re buying or selling a million dollar mansion, even if they’re buying their first one bedroom condo or selling grandma’s inherited property. Buying or selling a home should ALWAYS be a pleasurable experience, one that Team Steele strives to even be fun and exciting, instead of the typical overwhelm and stress that often comes with a real estate purchase or sale.

Team Steele also prides themselves on being the “Next Generation of Real Estate”. Being close to half the age of the average real estate agent, John and Melissa use their tech savviness to help their clients buy and sell homes. They use equipment that most agents aren’t familiar with – like virtual reality, 360° video cameras, and drones, to expertly market their listings. They also have extremely robust social profiles and followings, producing tons of video content, which offer their listings even more exposure, as well! Technology and marketing are two of the team’s favorite aspects of a business – and it shows in the strategies and methods they use to market their listings for sellers and in helping buyers find the perfect homes.

This year, Team Steele hopes to continue growing their team (they need more agents!), impacting the industry in a positive way, and helping clients buy, sell, and invest in the perfect properties!

Now, almost three and a half years after starting their business, Team Steele San Diego Homes has sold over $42M worth of real estate and is a proud and excited team of five!

Great, so let’s dig a little deeper into the story – has it been an easy path overall and if not, what were the challenges you’ve had to overcome?
It has certainly not been a smooth road by any means. We have had many bumps along the way, high highs and low lows, but it has been an incredible journey.

When we first started out in our business, about six months in and after having made close to no money, we had a break-in at one of the rental properties that we own in Tennessee. The burglar took our hot water heater, air conditioner, furnace, and more. In stealing these items, he didn’t turn off any water or utilities, so the attic in our rental unit flooded and the ceiling caved in. Insurance denied our claim, and we were faced with $10,000 of unexpected expenses. In that moment, and in so many others, we had to decide if we were going to keep going or give up because things had gotten too tough.

There were so many examples of things like that happening over the years – of things going wrong, of expenses coming up, or even getting scammed by people we trusted to help us out. The story of success so often leaves out the tears wept when falling asleep after a long sixteen hour day, or the meals skipped as you’re out “pounding the pavement” – literally – door knocking and sweating your way through neighborhoods. The stories of success often leave out the 11 PM dinners spent holding hands and crying over the dinner plates, wondering why things aren’t working out.

It’s really difficult to start out – in ANYTHING. Whether it be in real estate, or a new job, or moving to a new city, or even finding yourself in a new relationship or trying out a new hobby. New things in general – and especially when starting a business – are often hard. And they take a hell of a lot of blood, sweat, and tears (and then a little more, blood, sweat, and tears that you didn’t even know you had in ‘ya.)

Please tell us about Team Steele San Diego Homes.
We are a husband and wife that lead a real estate team here in San Diego. We help people to buy, sell or invest in all things real estate. As our business has grown, there are a few spaces that we have found ourselves specializing in. The first being the investment side of things. Having a strong understanding of how to invest in real estate whether it be flipping, value adds, rentals, multi-unit, etc. Being investors ourselves and with John’s background in real estate, we feel that this is a space that we are very strong in and an area that, in our experience, not all agents are familiar with. It can be very different than the retail side of things with traditional buyers and sellers. The other space that has become our specialty is out-of-area buyers and sellers. Being much younger than many of the agents out there, we really like to be on the cutting edge of today’s technology and tools. Because of this, we have invested in these tools and systems to offer the best experience for our clients no matter where they are. In 2018 alone, we closed five transactions where buyers were shopping from out of the area and never even stepped foot in the properties until after they closed. Everything was handled virtually from touring the properties, to the home inspection to the final walkthrough.

Are there any apps, books, podcasts or other resources that you’ve benefited from using?
We goal-set yearly, monthly, and even weekly, which is broken down into daily goals. We practice positive habits and routines, both having our own “miracle morning” with meditation, reading, journaling, and working out. We both try and read daily, and have yearly reading goals, so we have learned so much from some amazing books.

We are huge fans of positive mindset advocates like Gary V and Tony Robbins. 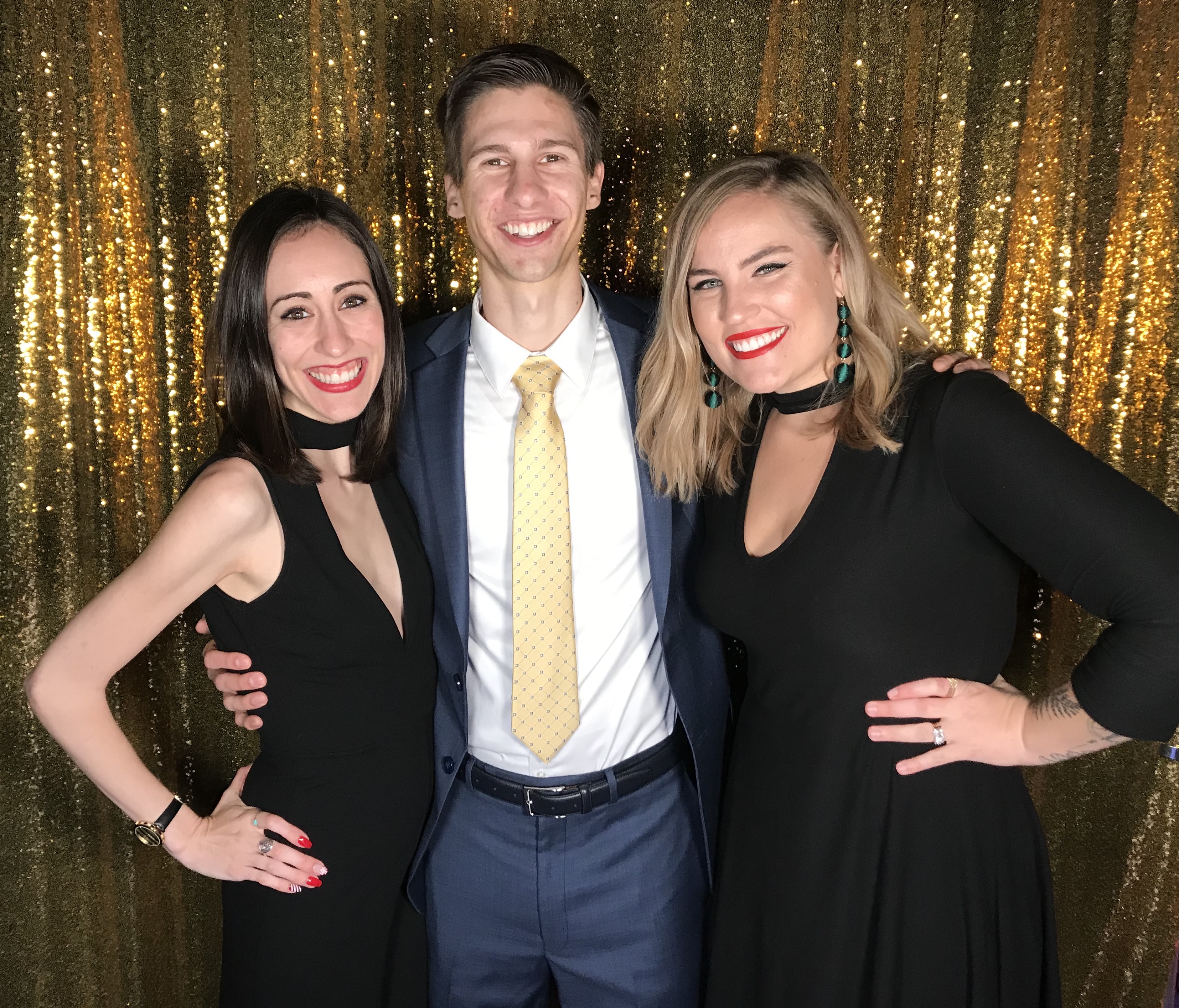 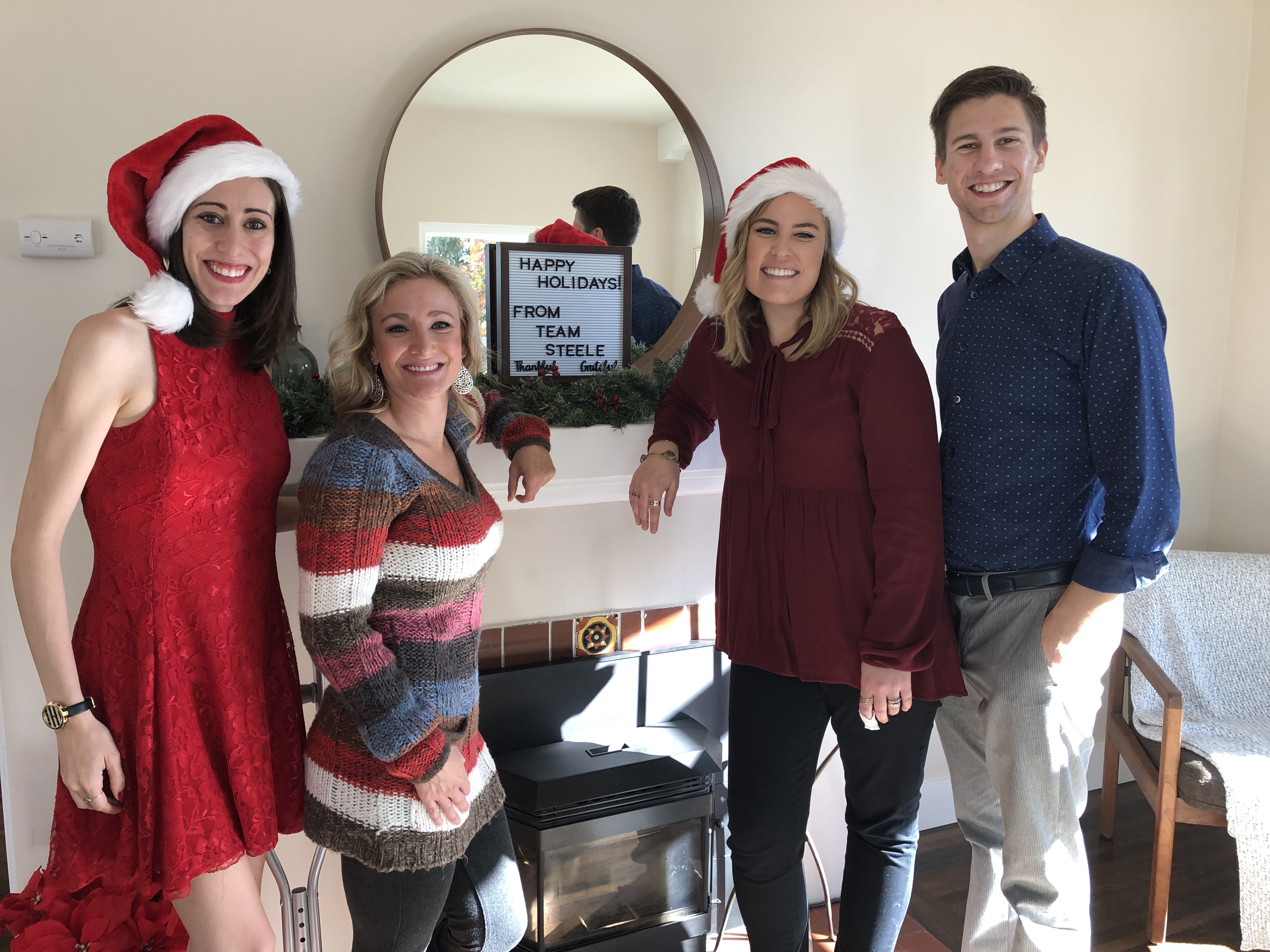 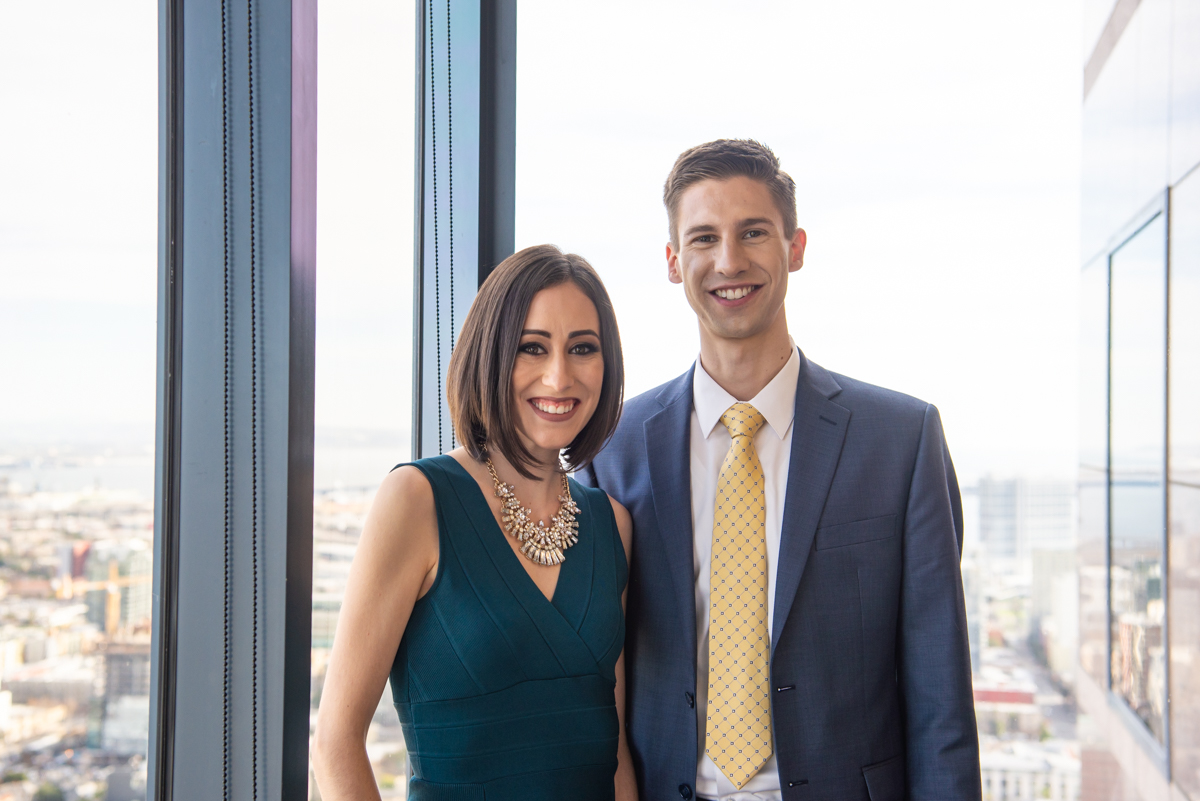 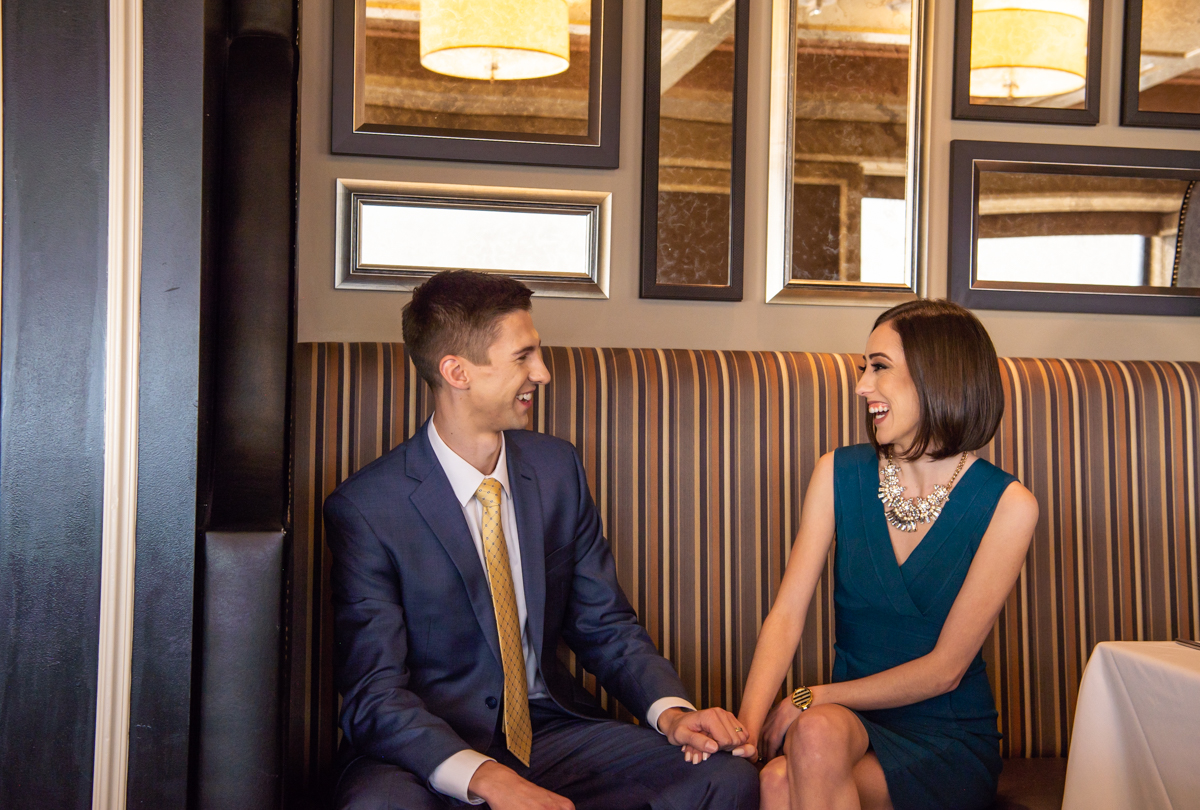 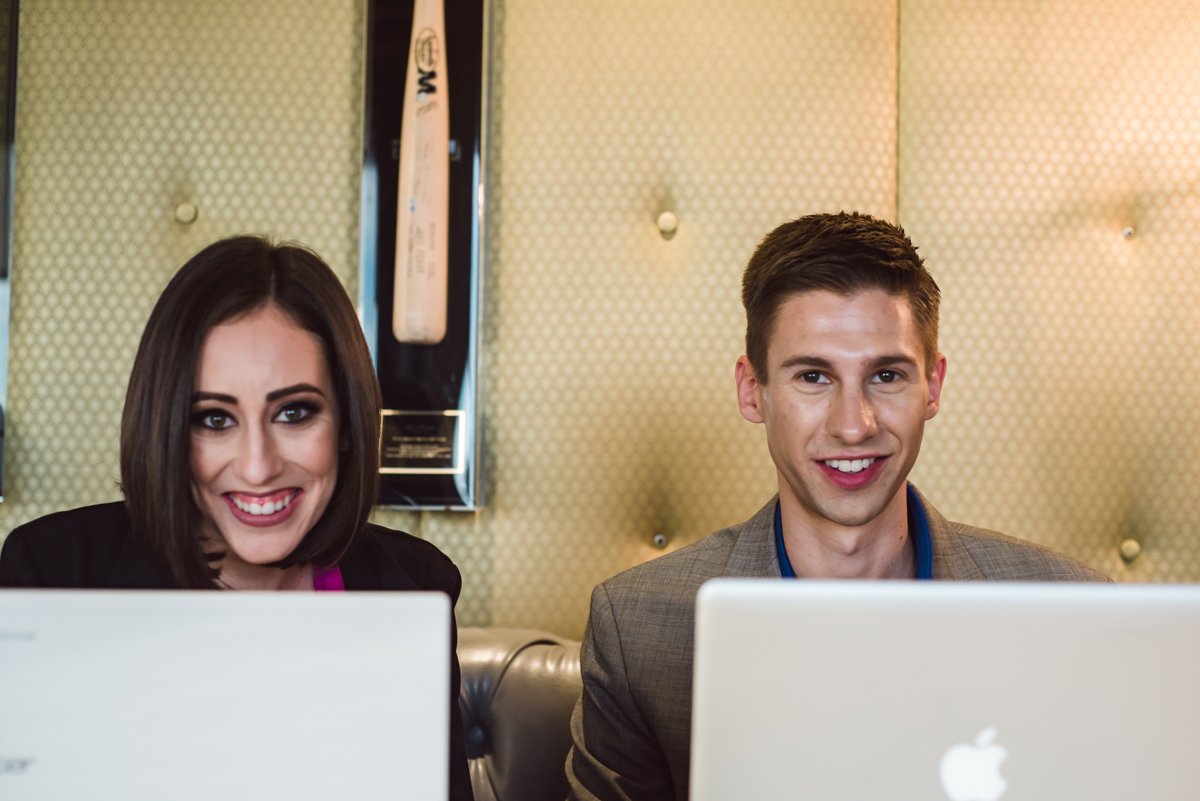 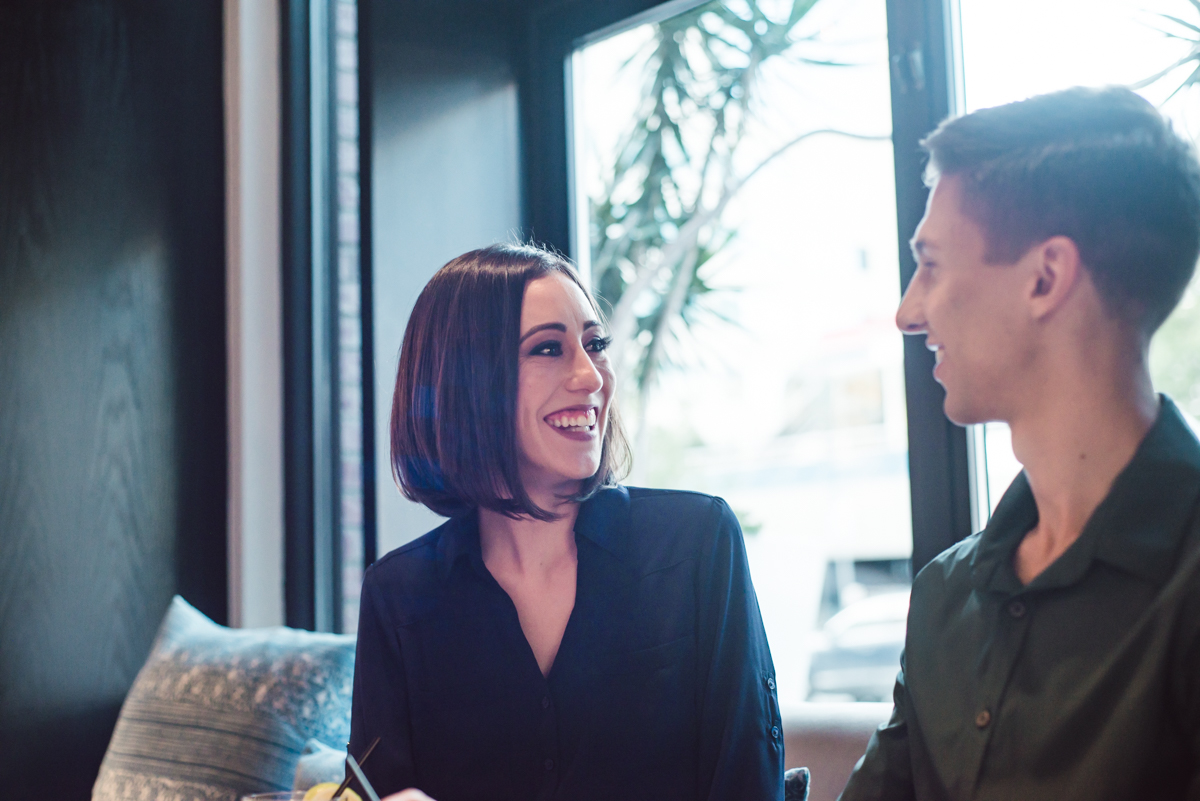 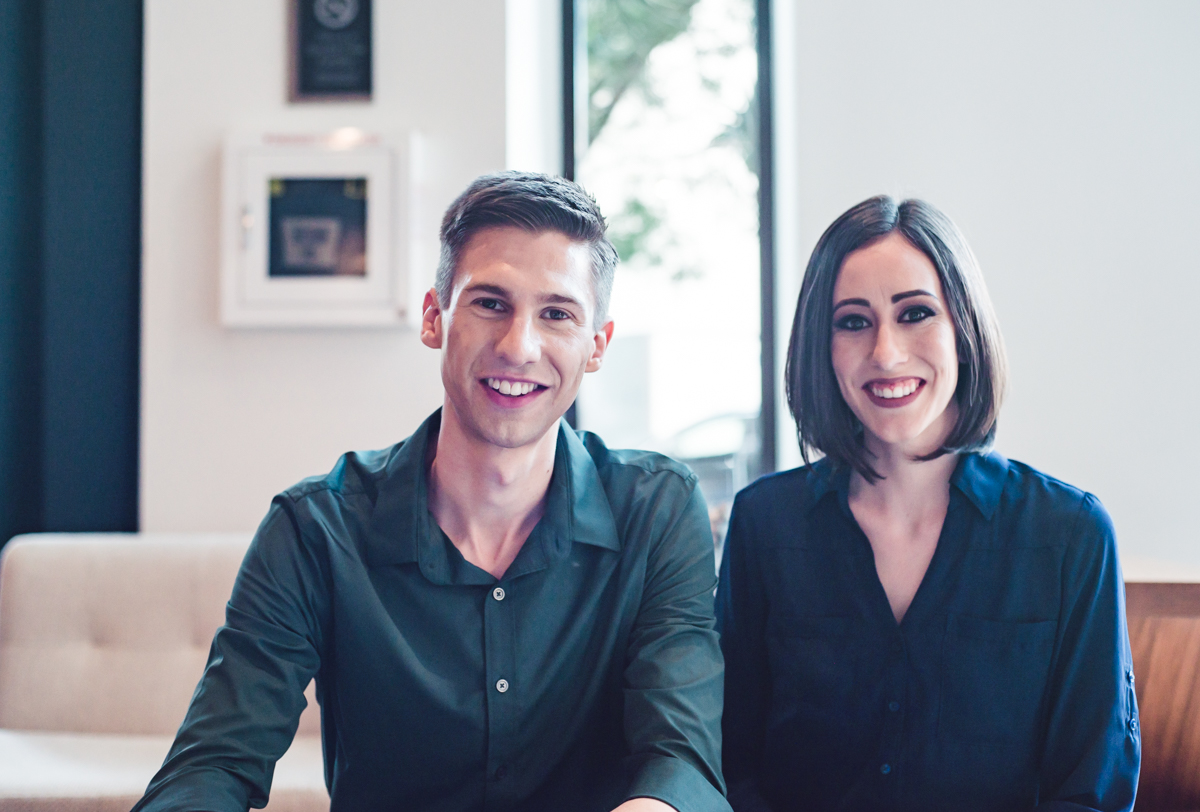 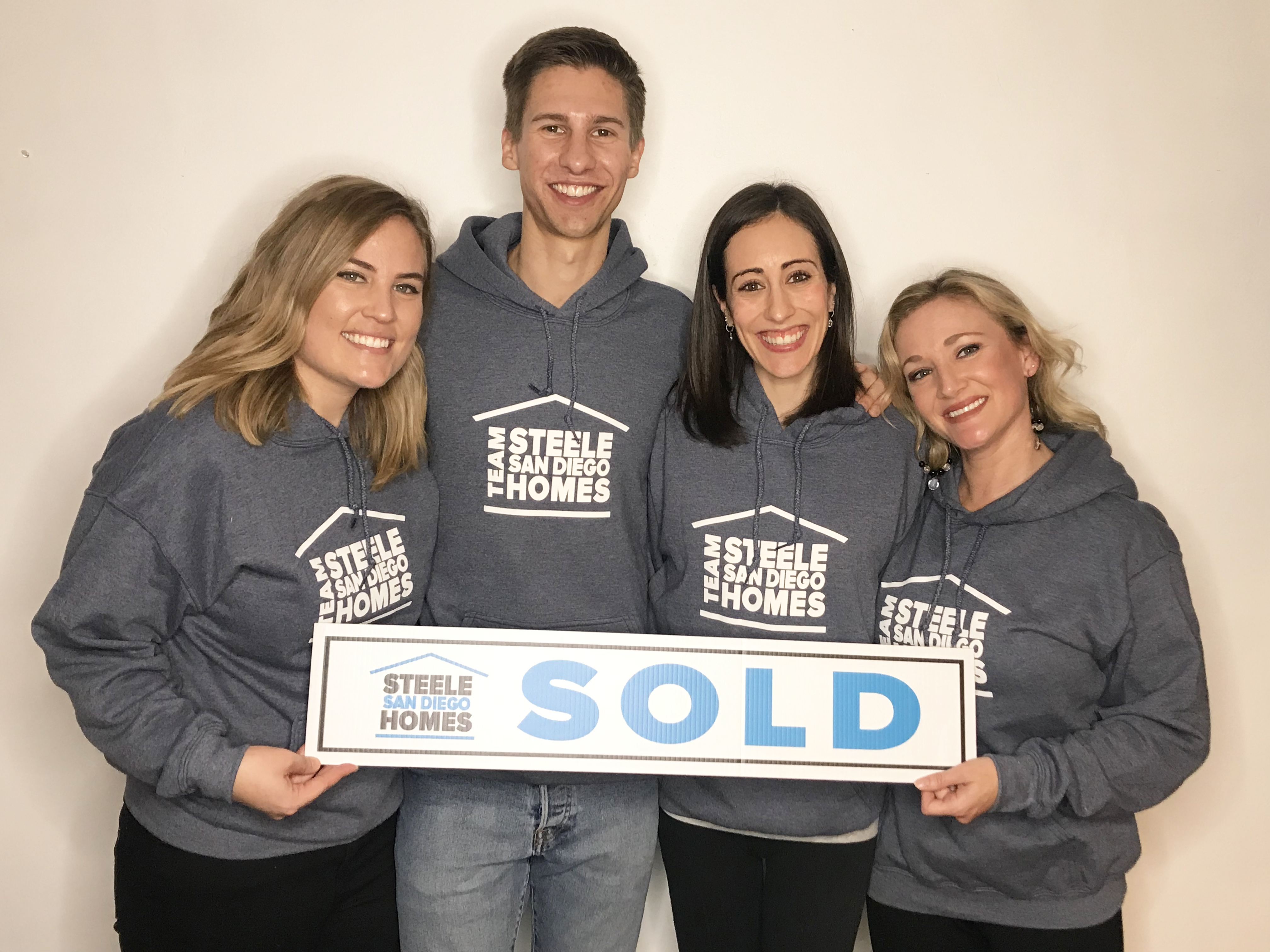