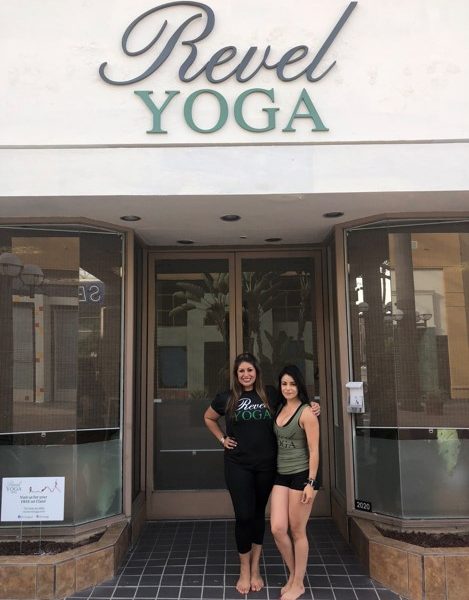 Today we’d like to introduce you to Revel YOGA, Vanessa Cortez and Rocio Olea.

Their story began about two and a half years ago. Rocio was a yoga sculpt instructor at a (now closed) fitness center in the South Bay, Vanessa was a full-time yoga member of the studio. Rocio and Vanessa, on two totally different fitness paths, had one thing in common. Their love for the community in which they called their home studio. When that studio moved about 5 miles from its original location, Rocio and Vanessa both followed that owner and the members to a new spot! Neither of them could imagine life not working out with this tight knit workout community which became like a second family.

It wasn’t until after about a year of seeing each other every other day that Vanessa finally take Rocio’s class. And their relationship was planted.

After about 5 months of being opened, that studio owner was faced with health issues and decided that at year end she would close her studio for good. Aside from the yoga studio, a few other things Rocio and Vanessa had in common were their love for the South Bay Community, and the fact that they were both entrepreneurs down to their core.

A few brainstorming sessions and consultations with another experienced San Diego native yoga instructor, and professional mentors, family and friends Rocio and Vanessa decided they would at all cost take a leap at opening a yoga studio of their own to preserve the beautiful yoga community built at the former studio. It was then that Rocio and Vanessa combined their savings, 100% personally funded their adventure just the two of them; NO investors, NO loans, NO Gifts! Just two women ready to take a leap. Together, they sealed the deal on dreaming, creating and opening Revel YOGA.

“The culture and experience we strive for at Revel Yoga were that we want every person who walks through our doors to feel welcomed like there is a reason they walked through our doors and we want to embrace that. It’s like their yoga practice is home and we’re so happy they are there,” says Vanessa.

They do this first and foremost by hiring yoga instructors who have the same vision of their studio as they do. Revel YOGA was lucky enough to have many of the instructors from the previous studio follow them.

Revel YOGA was lucky enough to open its doors located in the heart of west side Chula Vista, in the Chula Vista Center (Chula Vista Mall) Revel Yoga has over 14 classes a week, with 7 seasoned instructors, and 6 various styles to practice a week. They have a beginner’s program, and advanced classes, they have energy healing classes, workshops, and monthly events with their amazing partners. Revel YOGA takes the word “community seriously” and has partnered with other Chula Vista resident owned and located businesses.

Rocio and Vanessa have their eye on making a large impact not only in the yoga community of South San Diego, but in the region as a whole, starting with Revel YOGA, and ending with touching as many lives in this neighborhood as possible. This is only the beginning!

Great, so let’s dig a little deeper into the story – has it been an easy path overall and if not, what were the challenges you’ve had to overcome?
Just like any relationship communication is KEY! Especially when multiple people, women, in particular, are involved in getting a business established and sustained. Naturally, women are multi-taskers, and givers, and nurturing, and we love to take it ALL ON! We’ve probably written and returned 20 emails, DMs, Facebook messages- each! With that being said, checking in with one another and not expecting anyone to think like you, or read your mind, or know what you need of them is a given. As partners in business, you have to be transparent and clear in your communication. One also needs to know when to stop texting or emailing and just pick up the phone, we have struggled with that, in this day and age of doing so much via text, but we’re getting better every day.

Are there any apps, books, podcasts or other resources that you’ve benefited from using?
Pinterest was a life save in getting started, for vision boarding the feel we wanted for the studio, down to the legal formation and entity type selection. We’re inspired by Dames Collective of San Diego weekly, we also listen to tons of podcast, from Ted Talks to our dear friend Tony’s podcast The Guerilla Yogi. As for books, the Yogi Entrepreneur, and Awaking the Spirit. We also love to support and follow Studio Soma and Madre Luna. 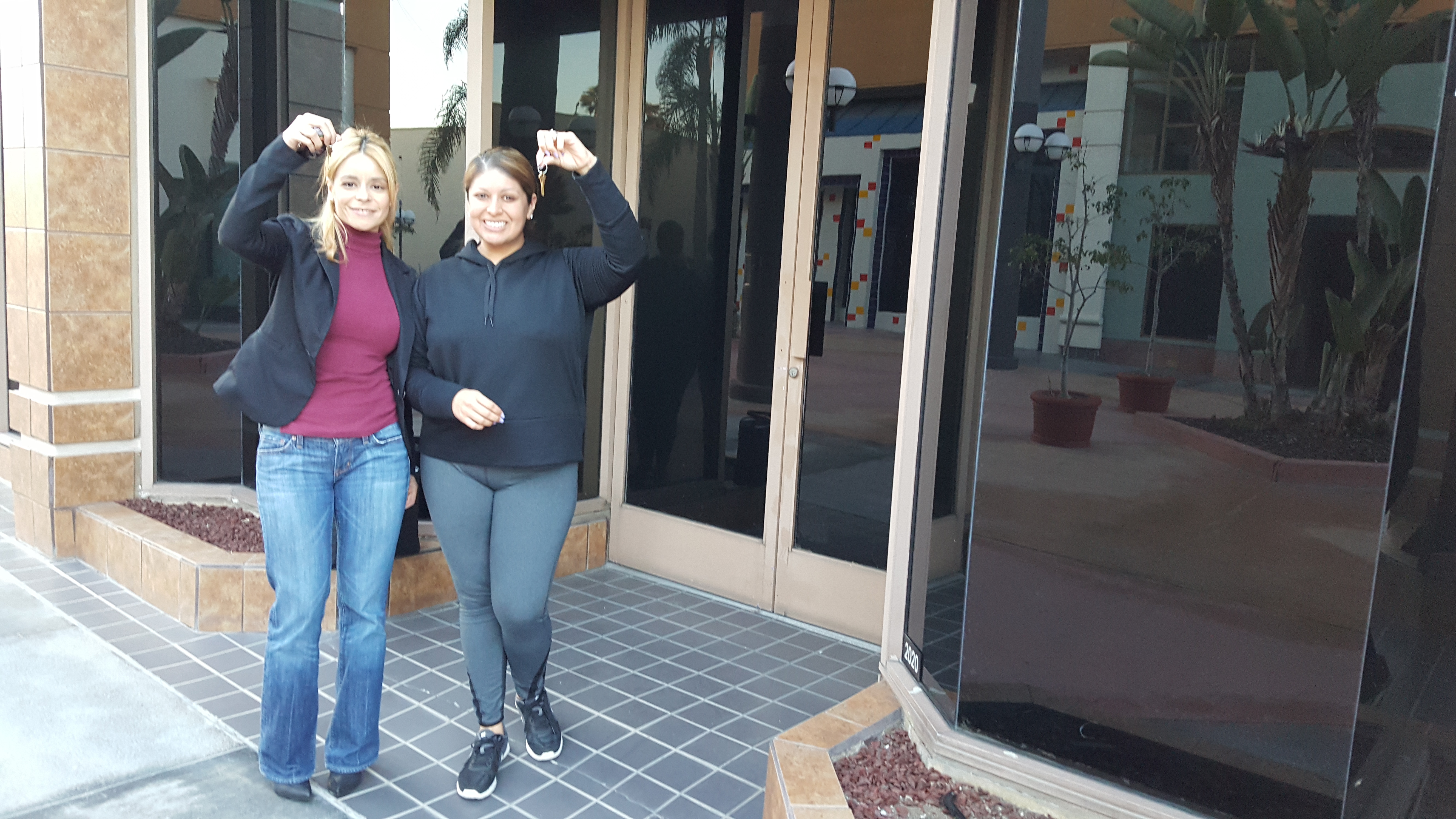 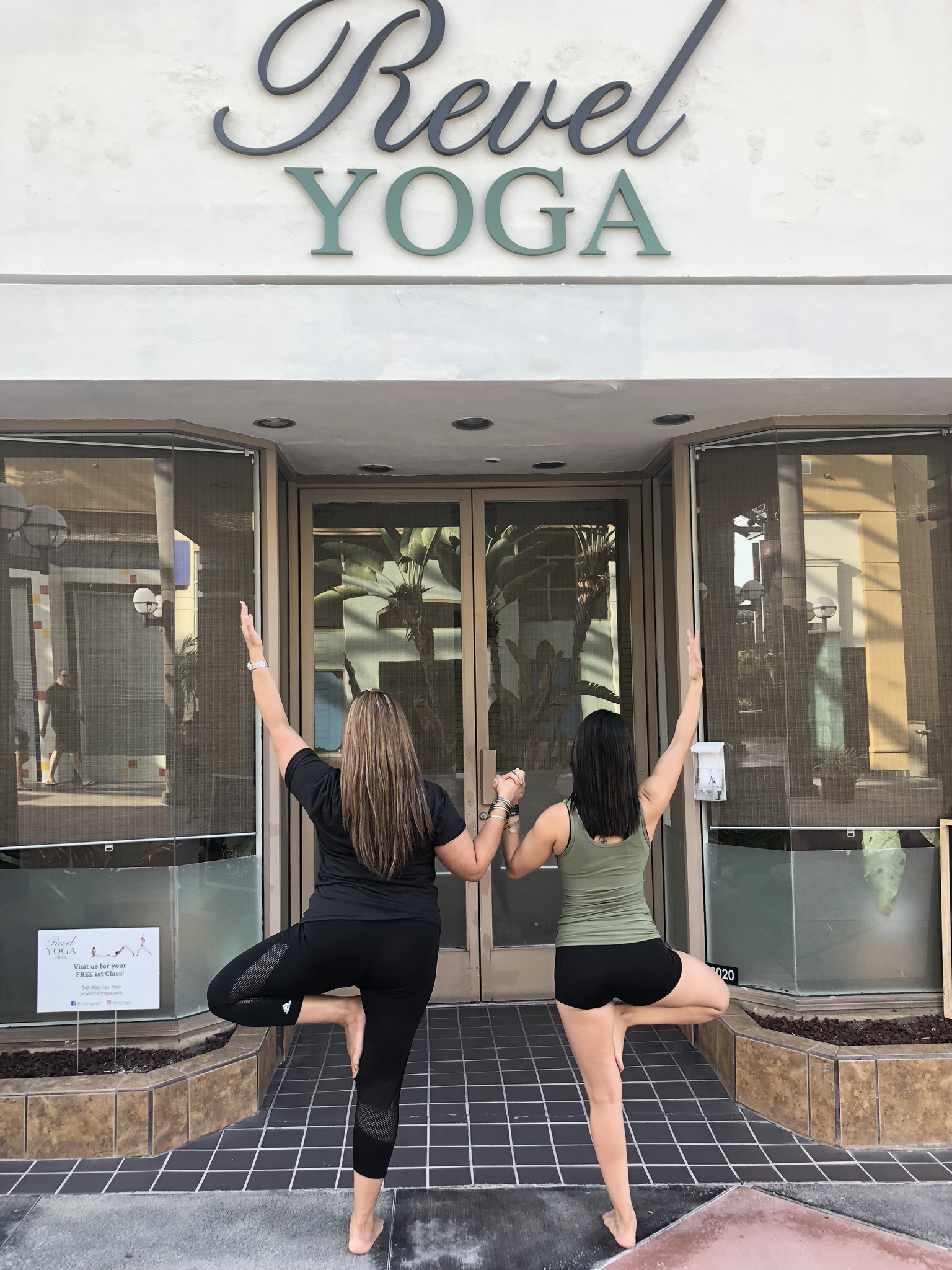 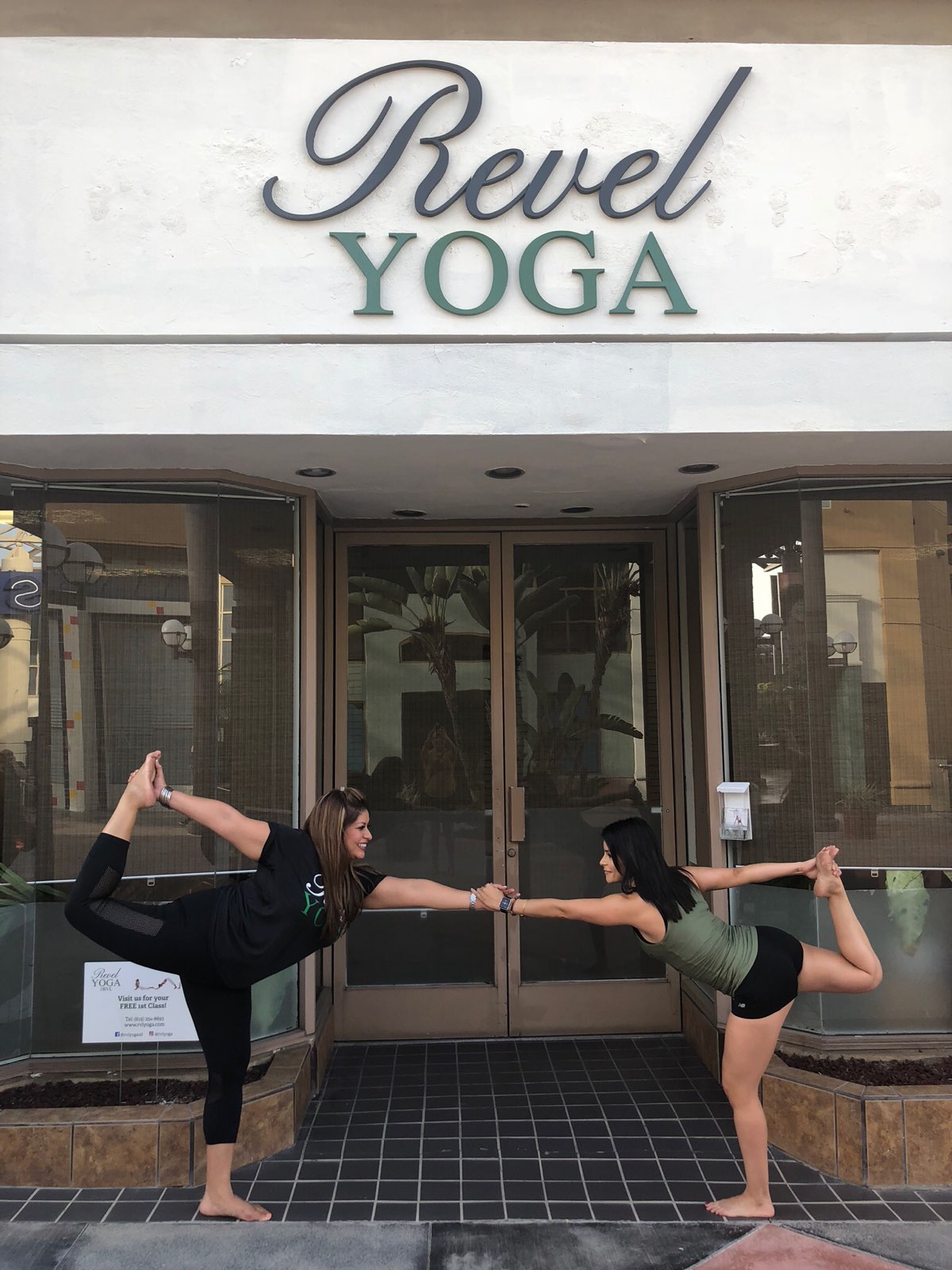 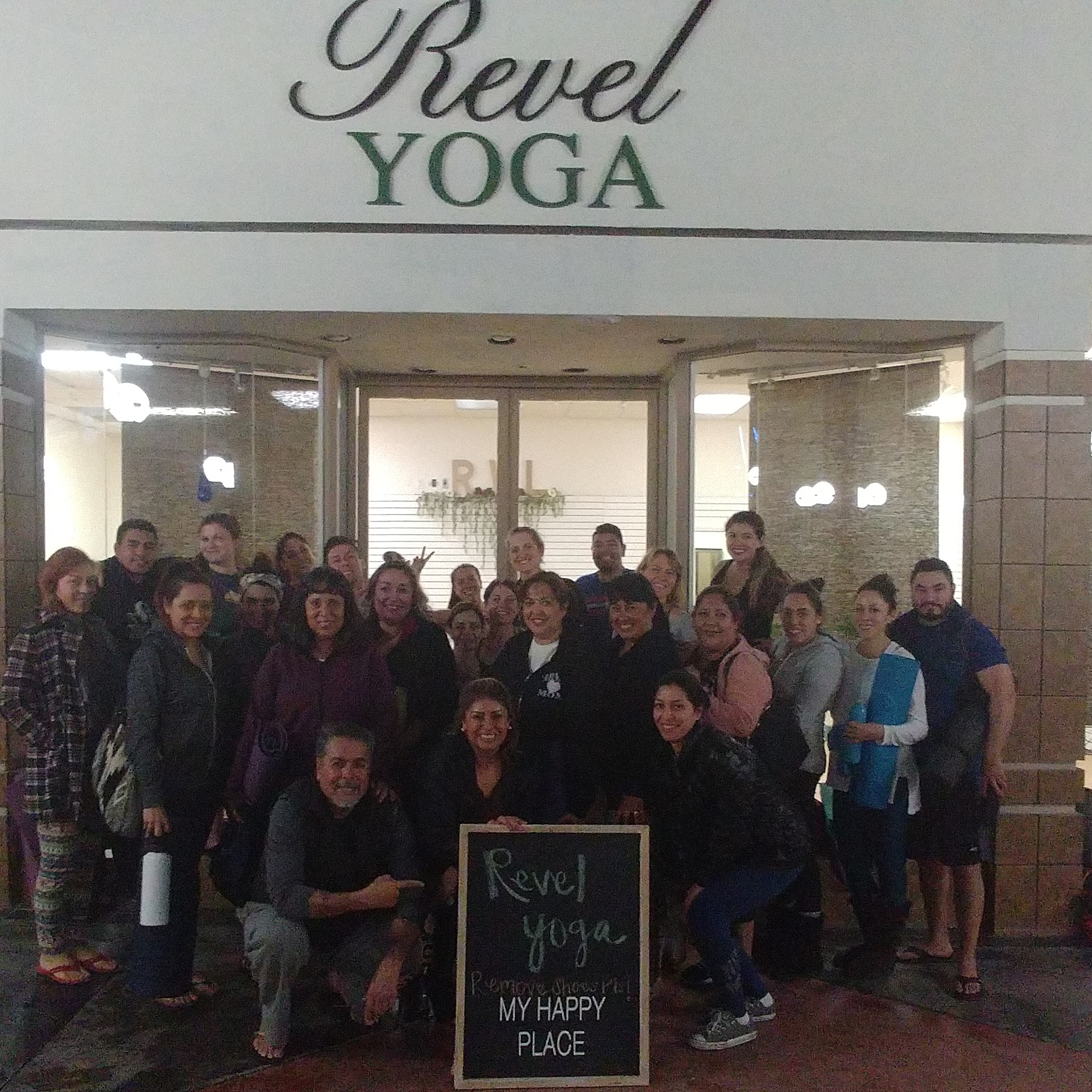 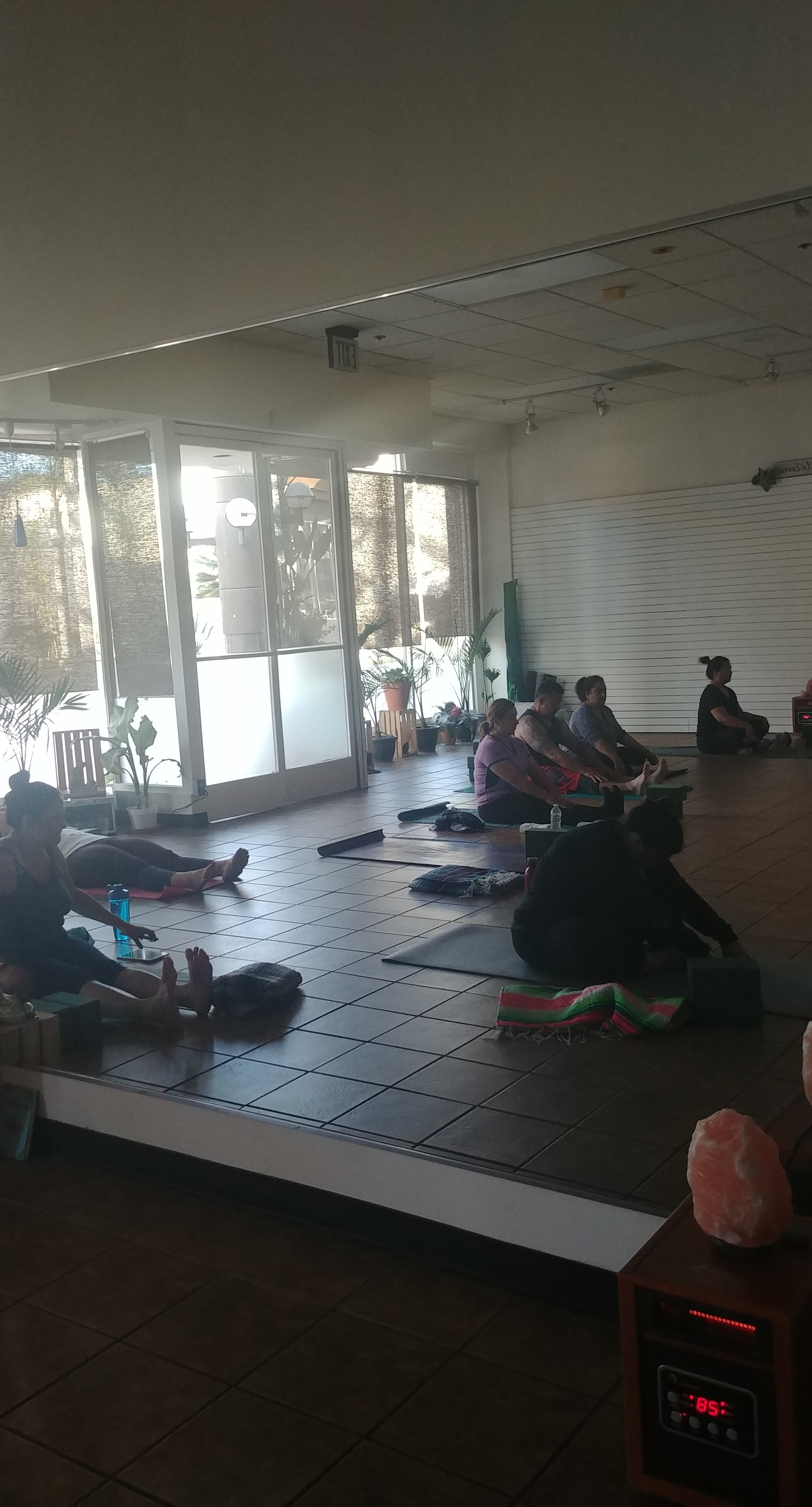 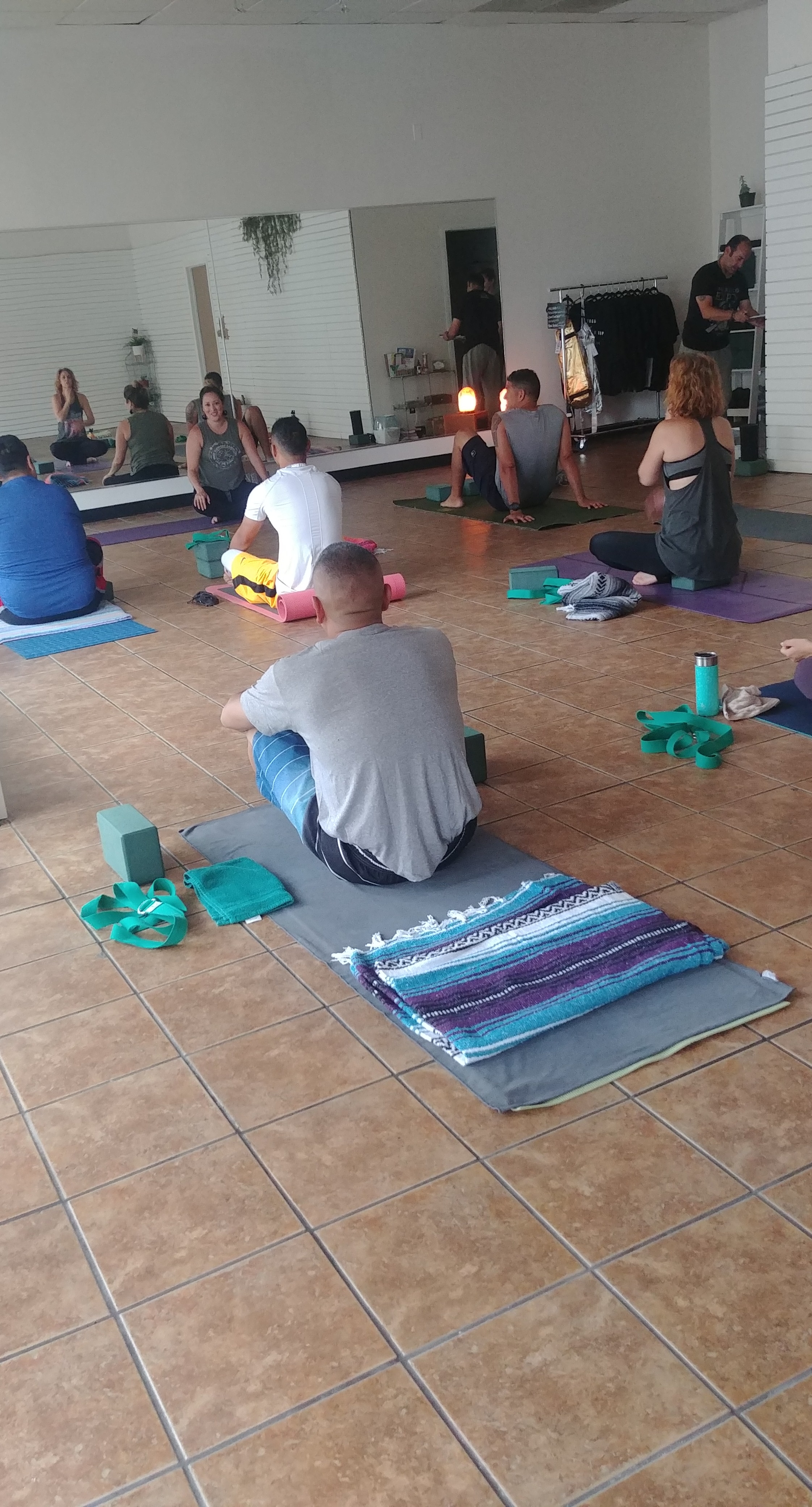 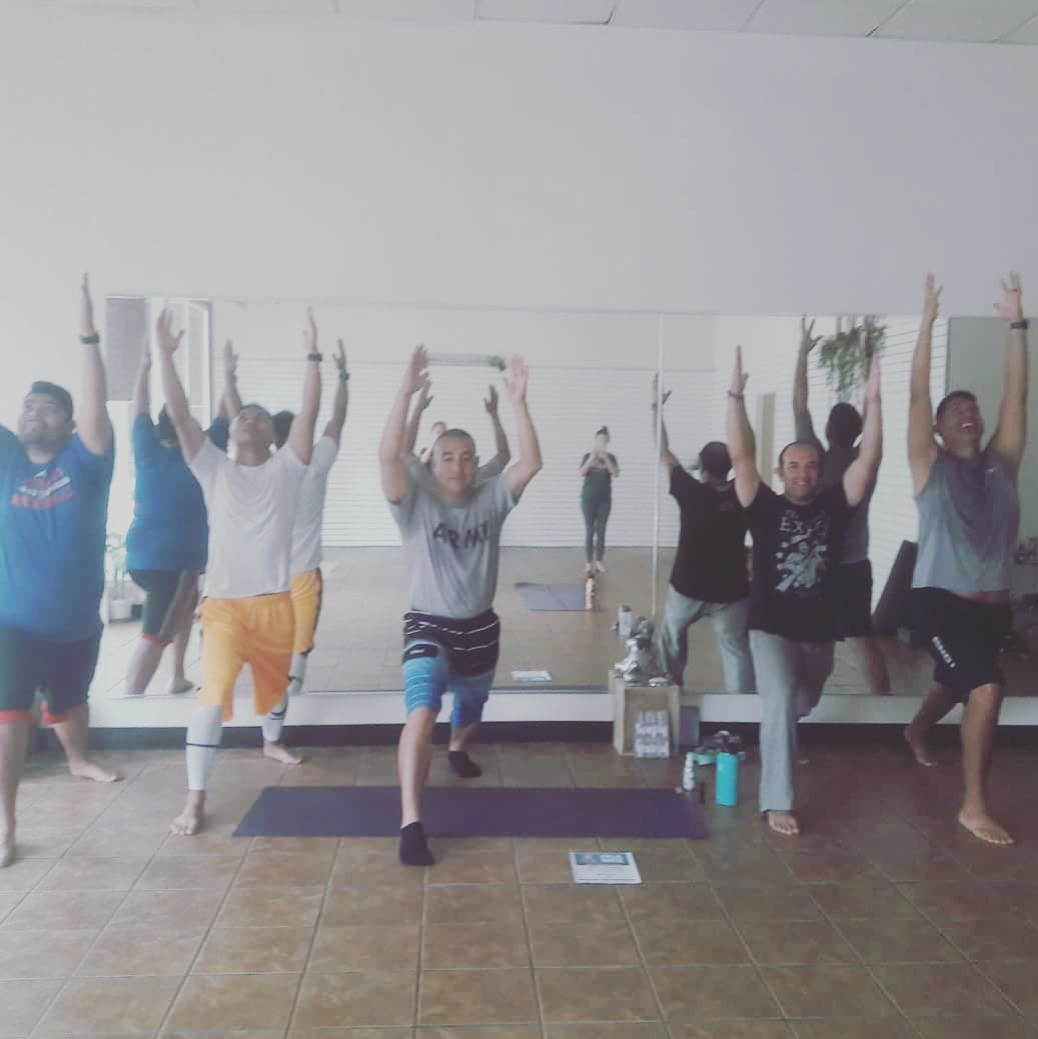 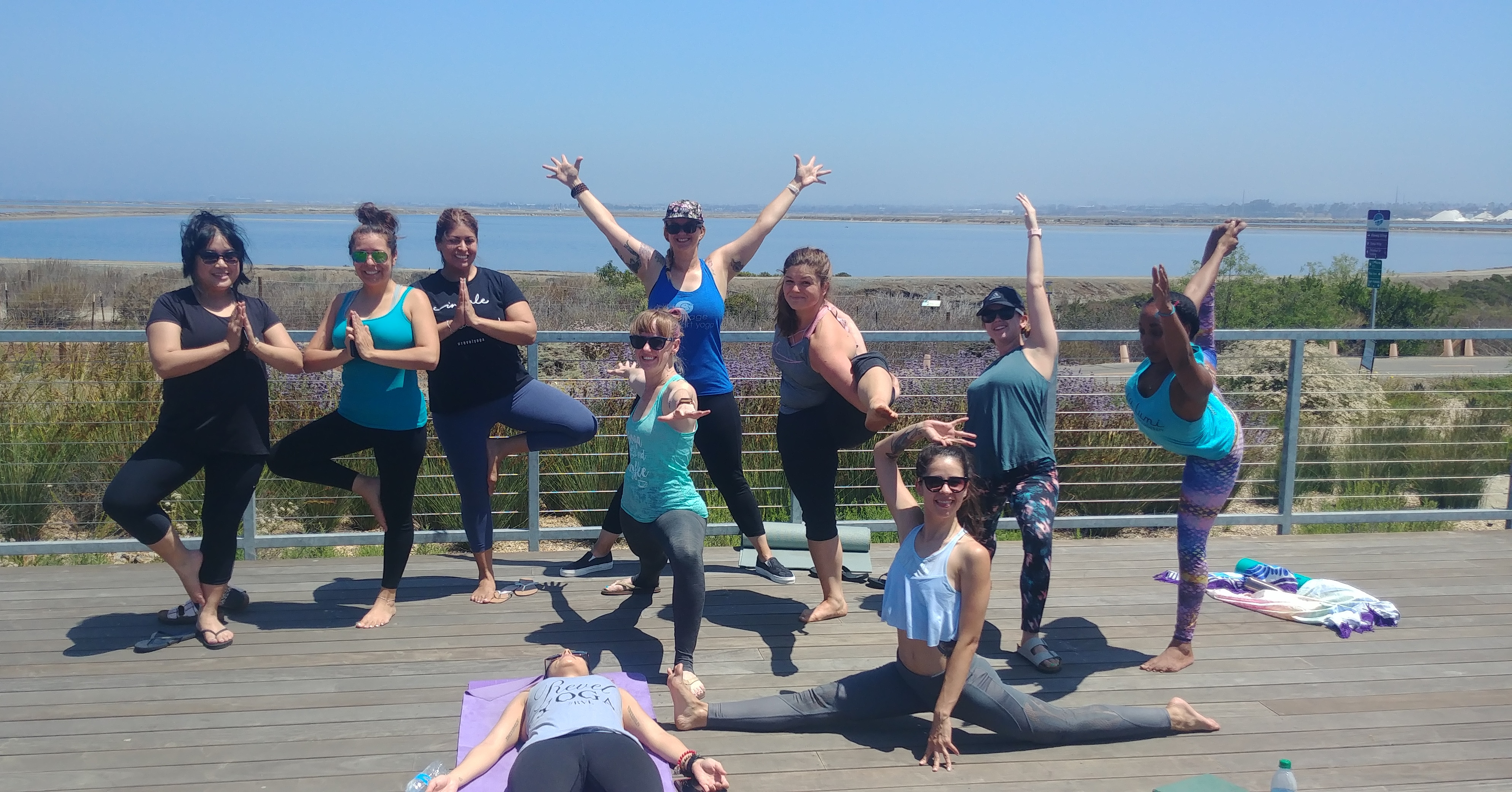 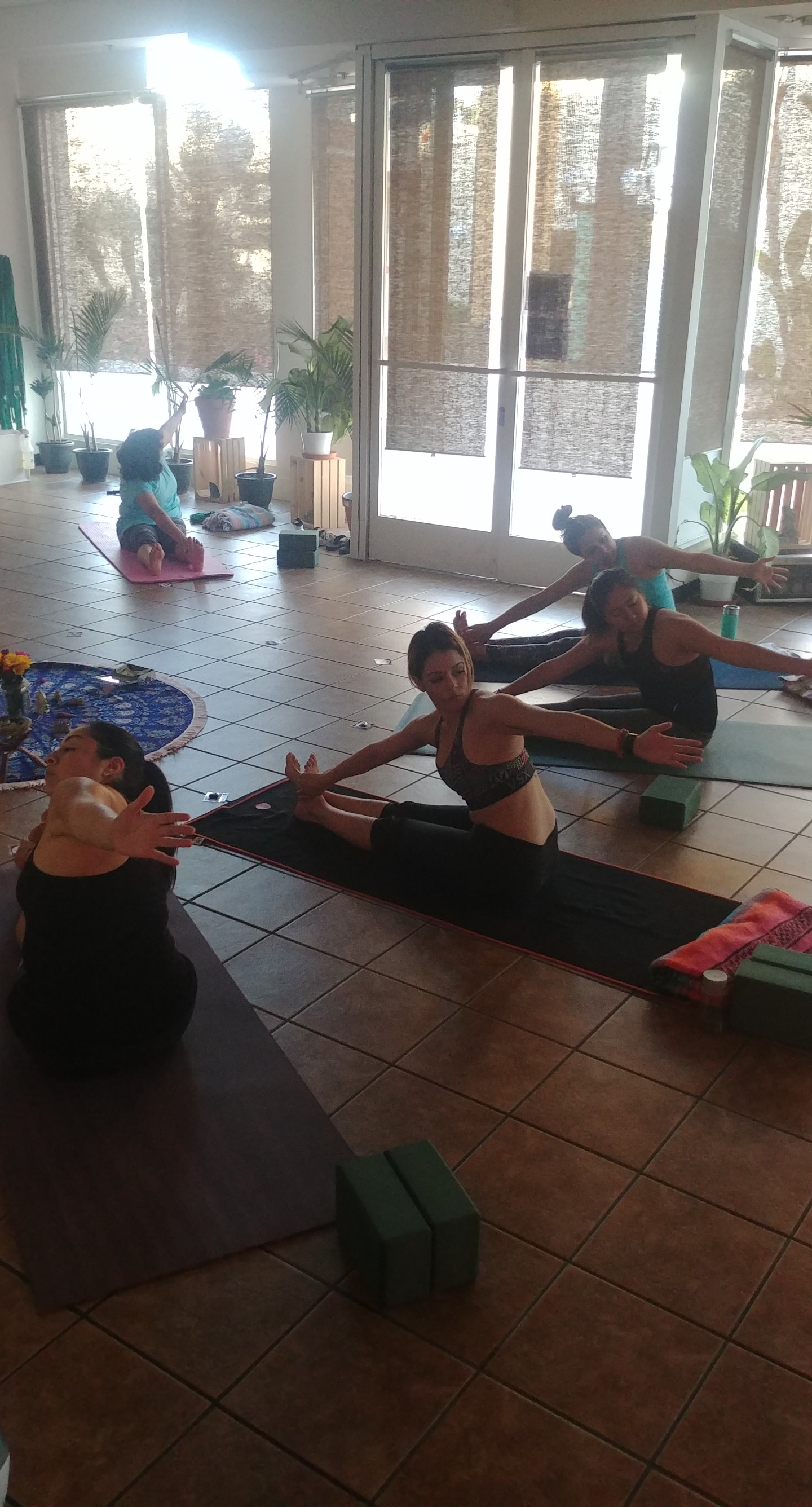 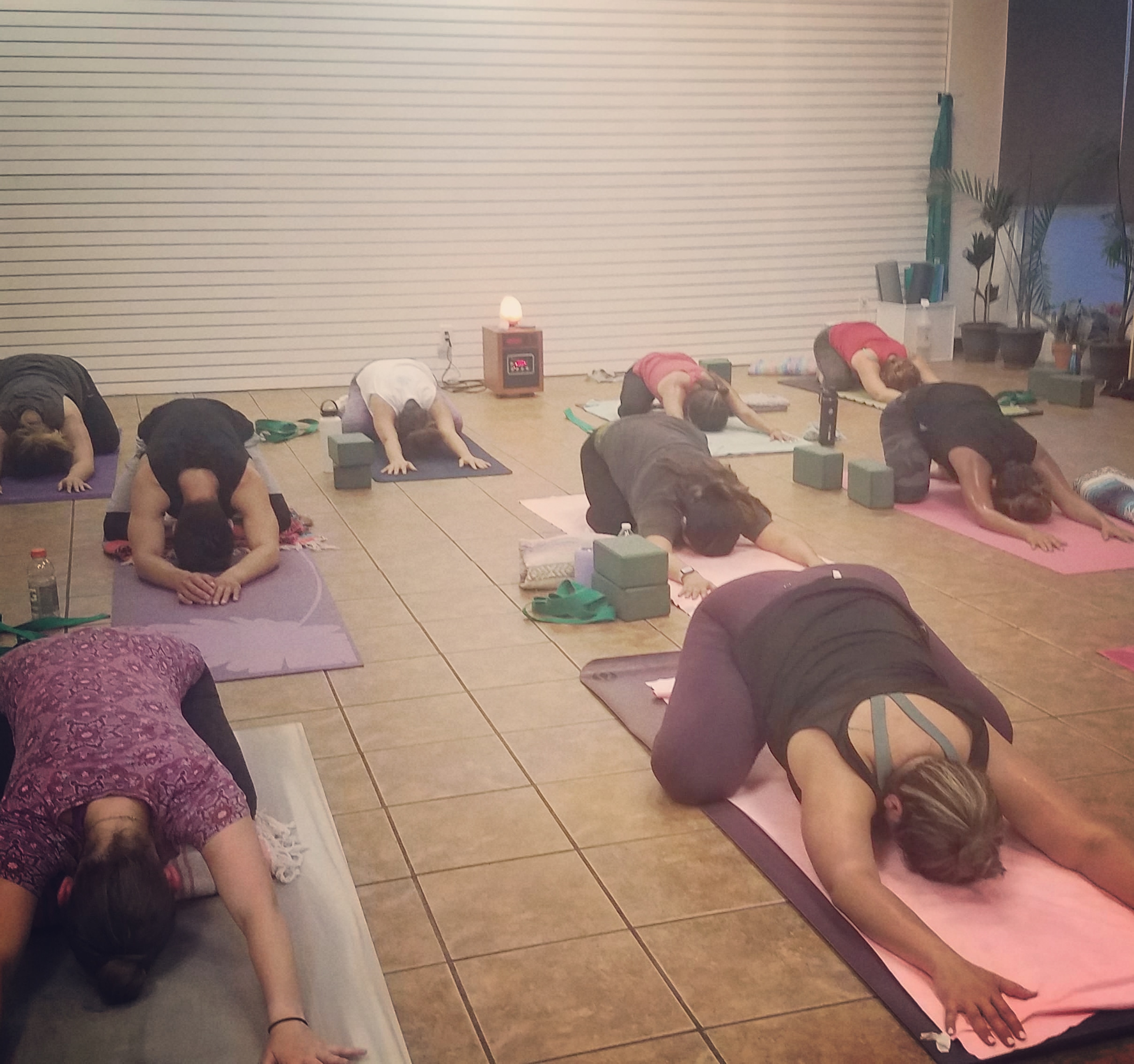