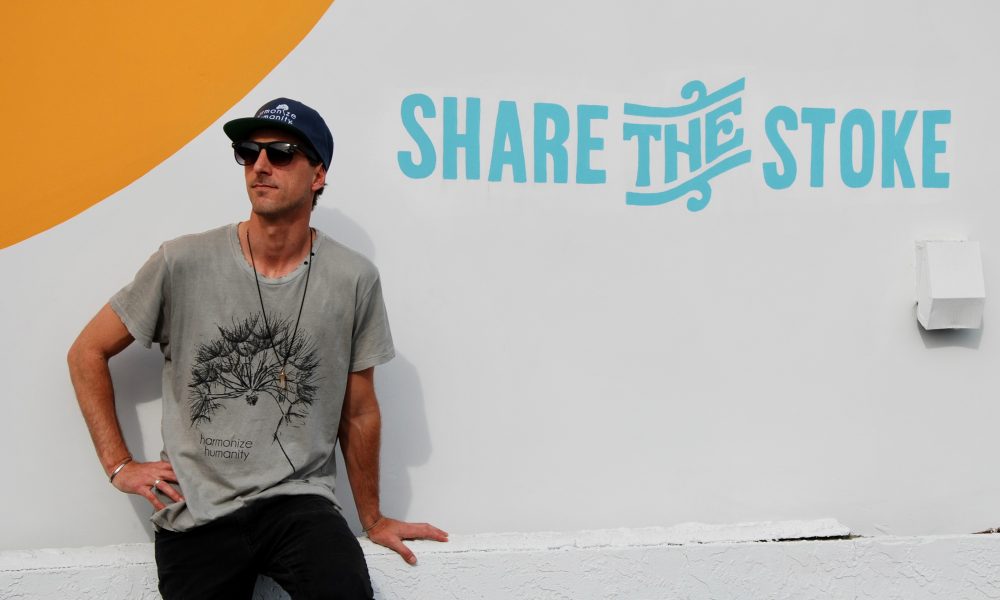 Today we’d like to introduce you to Charles Leisher.

Hi Charles, so excited to have you with us today. What can you tell us about your story?
After I was laid off in late 2012 and on an unemployment sabbatical, I decided to travel to Nicaragua to clear my head and hopefully find my purpose, passion, and creative spark—while also exploring the amazing surf the region has to offer.

It was on the first faithful morning as I walked the beach looking at some of the most perfect waves I’ve ever seen, that the YB÷ logo (whY Be Divided?) hit me over the head with divine-like revelation. I remember dropping my surfboard and looking into the sky with a huge smile and a surreal overwhelming sense of cosmic guidance and support.

I returned home a couple of weeks later with next to zero experience in the apparel industry but a religious-like belief in the message and potential of YB÷. Just for context when I first started, I would literally print out little tiny logos and designs, glue them to mock-up images, and then scan that into the computer! I had a true disdain for computers back then and was severely inept at using most programs.

From the beginning, my father was always a huge supporter both personally and as an investor in the company. If it weren’t for his (and his wife Monique, my stepmother) support, there’s no way I would be remotely where I’m at today. My little brother Jake was also on board in the early years and helped with putting all the pieces of the puzzle together and bringing other people on board that could help position YB÷ for growth.

I think it was around 2014-15 after explaining the YB÷ logo’s meaning of promoting unity, equality, peace, and positivity for the 300th time that I had another epiphany when I summed it up in two words… Harmonize Humanity®. I quickly realized that Harmonize Humanity was the perfect slogan or ‘call to action’ for YB÷ and soon included it on most all our products. Fast forward a couple years of triumphs, failures, and everything in between… two things became abundantly apparent: YB÷ was something special that resonated with people of all backgrounds and that I would need to return to school if YB÷ were to grow and become successful.

In 2017 I enrolled into SDSU’s extension program with the intention of being able to ‘wear all the hats’ of the apparel business. I took courses in everything from Graphic Design, Digital Marketing, and Photography to Small Business and Business Law. Throughout this time, I was participating in Street Fairs, Music Venues & Festivals, Pride, and any other opportunity to spread the message of YB÷. The overwhelming positive response from the very beginning has always been the fuel that has kept me going and believing in its success over the years.

In 2019 I embarked on a new career path and became a licensed Health & Life Insurance broker. As an independent contractor, this allowed for me to invest much more time and energy into YB÷ as well as finance the production and marketing of YB÷. With this extra time, I also started to design a lot of products for Harmonize Humanity and eventually created its own website, as I feel it has its own unique identity and voice. The two basically play off each other similar to Nike & ‘Just Do It.’

As with most start-up companies, the iceberg analogy of what people see vs the actual underbelly of sacrifice, discipline, failure, risks, persistence, hard work, late nights, etc. for YB÷ certainly holds true. Later this year will mark the 10-year anniversary of my travels to Nicaragua, and the amount of time it’s taken me to get to this point. Despite all the trials and tribulations, I’m not sure there’s all that much I would change; everything I’ve learned along this journey was inevitably vital for the sustained success of YB÷ and my own personal development.

Today I feel really confident in myself, with where YB÷ is and what the future holds for this brand and community. The stars are really just starting to align as we are gearing up to make some big moves in 2022. A huge thank you and much gratitude to my family, friends, and everyone along the way who has supported YB÷!!

We all face challenges, but looking back, would you describe it as a relatively smooth road?
As with any endeavor or small business, the ones who survive are the ones that didn’t give up despite the adversity. With next to no knowledge in the industry, we were bound to have a few… or a lot of ‘hindsight’s always 20/20’ moments. It’s pretty easy to say that if I knew what I know now back then… I would have exponentially grown the company at a margin of the price and at a fraction of the time. That being said going forward we’ve learned the fundamentals of ‘the lean start-up’ concept.

The canvas of creativity that the YB÷ message holds is so vast that it actually took a little while to really find its voice and ethos. Most brands have somewhat of a particular target audience or niche like surf/skate, outdoors, active/sports, yoga, etc. One of the hardest things was making sure that YB÷ didn’t fall into any one category and has hopefully stayed relevant across the board. Designing clothing and a website that hopefully appeals to all individuals is one of the things I’m really proud of and hope to continue to do so successfully.

One of our most challenging obstacles that continue to be our Achilles heel is that I always had a good suspicion that our @ybdivided & @harmonizehumanity Instagram accounts were being shadow banned. Which basically means our engagement was being intentionally throttled or drastically reduced by Instagram. So much so that I eventually felt I had to start over and created new @whybedivided & @harmonize_humanity accounts!

After watching the movie ‘The Social Dilemma,’ which is about how social media platforms are designed to promote chaos and division, it was more or less 99% confirmed in my eyes that they have been undermining these and other accounts that promote unity and equality. I actually recently came across an article about how to remove a shadow ban, and our ‘likes’ went from 30-60 lately, which is horrible… to 700-800, where it should be! Then they reinstated the ban… haha! So, if anyone out there can holler at someone over at Instagram for us, we would be forever grateful 🙂

Alright, so let’s switch gears a bit and talk business. What should we know about your work?
I’m very fortunate that YB÷ has such a unique canvas from which to draw creative inspiration. We create clothing and accessories that are inspired to dissolve the deception of division; while promoting unity, equality, peace & positivity. It’s rare that a logo can hold such a powerful message and resonate so deeply with such a diverse background of people. I feel very blessed that I get to focus my energy and intention every day on optimism and hope vs the division and chaos that seems to be promoted in our mainstream media & social media platforms.

Since acquiring some education in graphic design and photography, I’ve been able to transition into the lead design role for YB÷; create products that convey its message as well as articulate the voice of the website accordingly. Each design speaks to a specific Non-Profit organization (social, environmental, humanitarian) and provides a 30% of profit from sales to help assist with their goals or a donation of goods is made. I like to think of YB÷ as a lighthouse or umbrella for like-minded organizations that parallel our vision and message, offering them an additional platform to advocate their goals.

I think YB÷ as a brand is just getting started with apparel being its primary medium to spread its message but has the potential to become a global community of change. The response we’ve received so far has just been overwhelmingly positive and really humbling actually. A buddy of mine just got back from Africa and said the people there who didn’t even speak English understood and loved its message without any explanation which is a testament to its universal appeal.

Have you learned any interesting or important lessons due to the Covid-19 Crisis?
One of the more profound lessons I learned during the course of the Covid-19 crisis is the lengths to which our government and its associated ‘Mainstream Media’ and social media alike will go to create division and promote chaos within this country. I think it’s really waking people up to the intentions of the ‘powers that be’ and that they’re not in our best interest. Our major social media platforms are just an extension of our government, and the level of collusion, cooperation, manipulation, and suppression of information is on a level far beyond what most expected or comprehended.

That being said, Corona has also exposed a lot of the corruption and incompetence within our government and its elected “officials,” which I feel is necessary in order to advocate real change. People I think now more than ever are starting to entertain the notion that we need to change “The Game” and not just the players. I think humanity is at a pivotal crossroads and that in order to shift our reality from fear and separation towards love and oneness, the darkness has to be exposed in order to be transmuted. What I hope people realize is that you can love your country without loving your government and that they are not synonymous to each other.

There’s something I read a while ago that says that if you put black ants and red ants in the same container they will not fight or harm each other… but if you shake the jar up a bit they will immediately start attacking. What people need to focus their energy and intention on is not each other, but at who’s shaking the container and making us all so divided. A Socrates quote that’s actually on the YB÷ website is “the secret of change is to focus all of your energy not on fighting the old, but on building the new.” And a Buckminster Fuller quote that’s on the Harmonize Humanity website is “you never change things by fighting the existing reality. To change something, build a new model that makes the existing model obsolete.”

I’m sure I could go on a bit of a tangent here but I guess to put a positive spin on it… I’d say to look at the overall global cooperation that just took place with Covid 19. Now imagine if those efforts were duplicated in coming together to fight a common purpose like hunger or pollution…

We have the power, and the means to literally change the world and the trajectory of humanity, fairly easily actually. It’s just a matter of creating a new system that holds the good of the collective at the forefront of its priorities; whereas currently we are run by a corporation, not a government, that has its own best interest at heart. 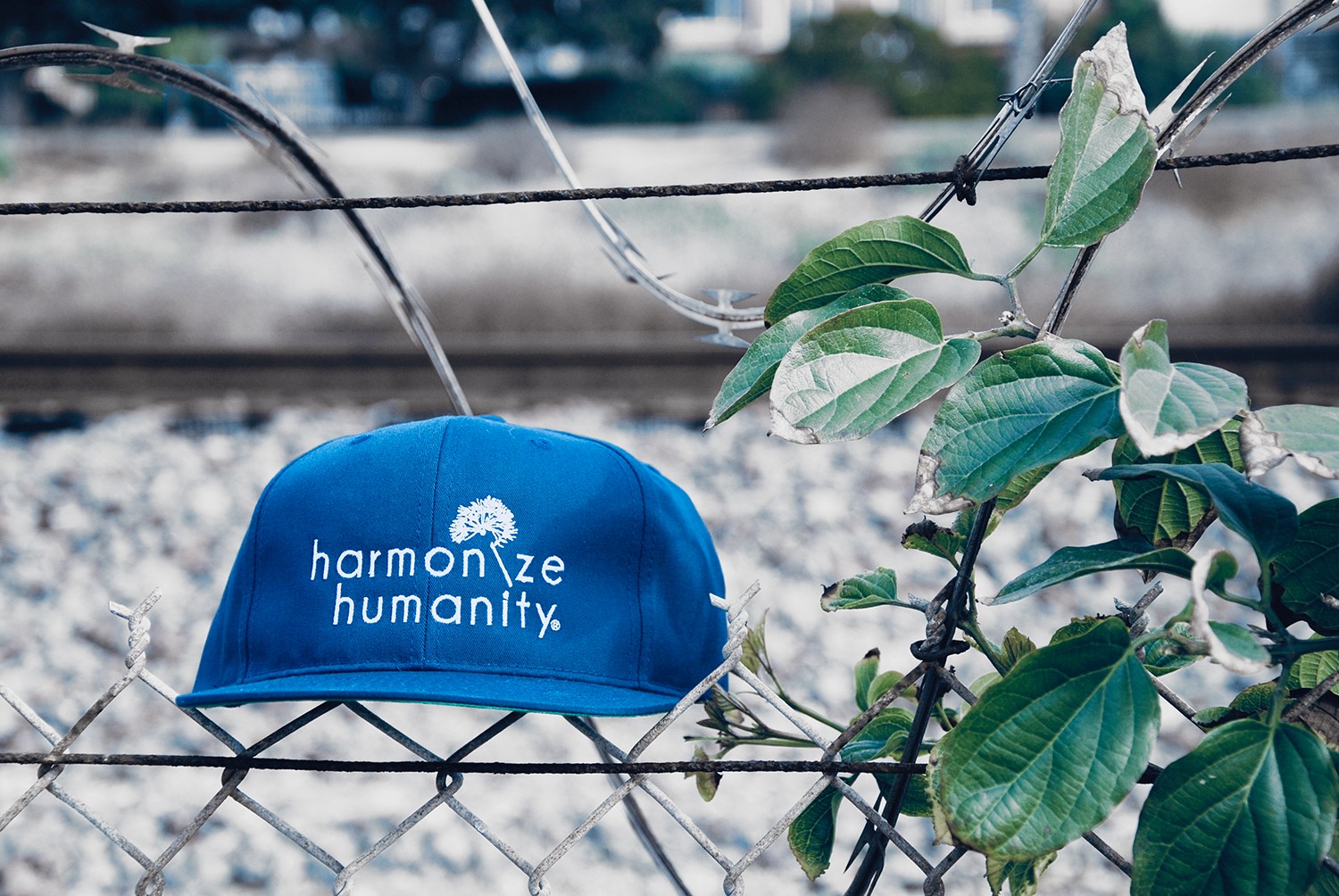 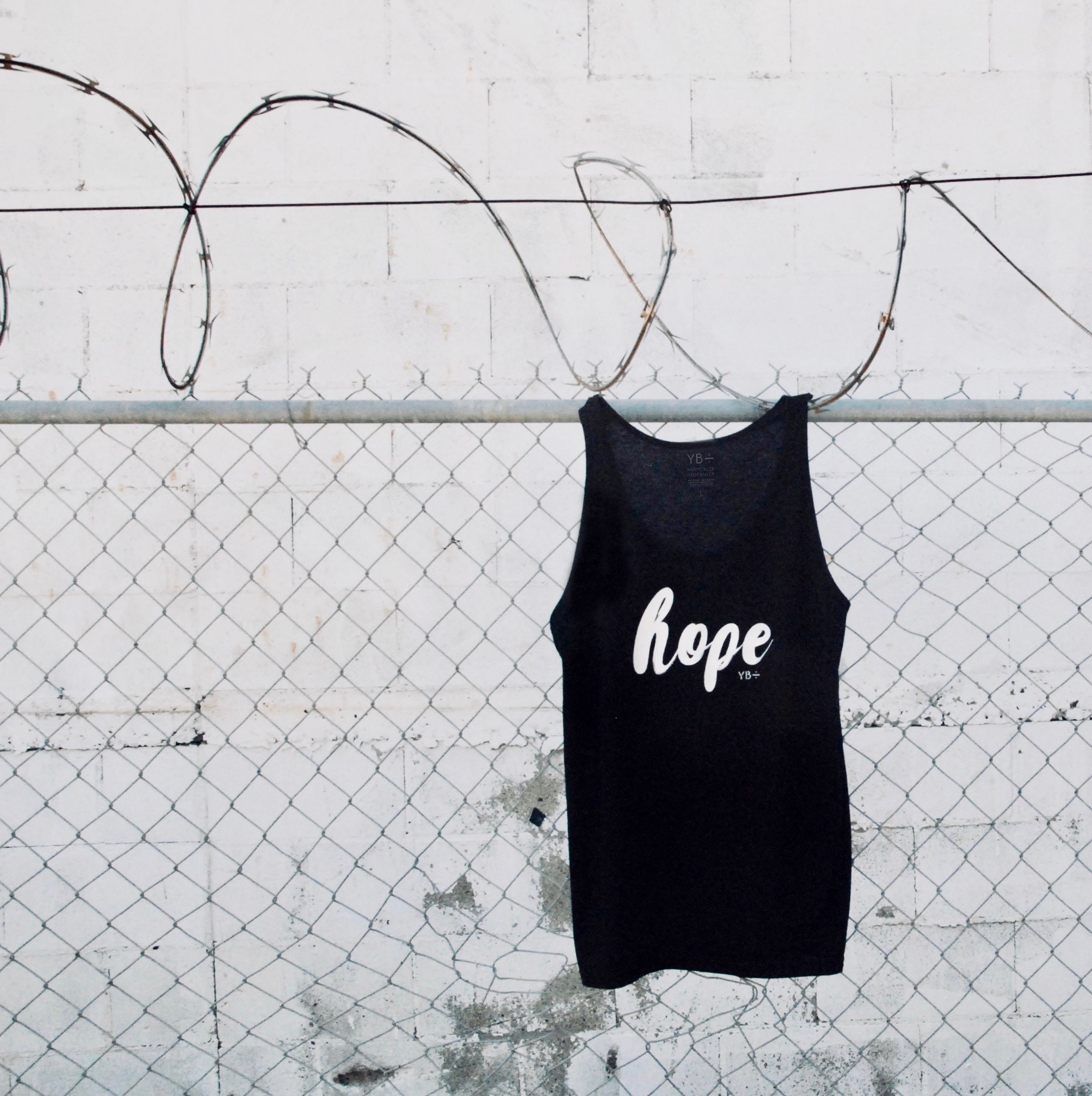 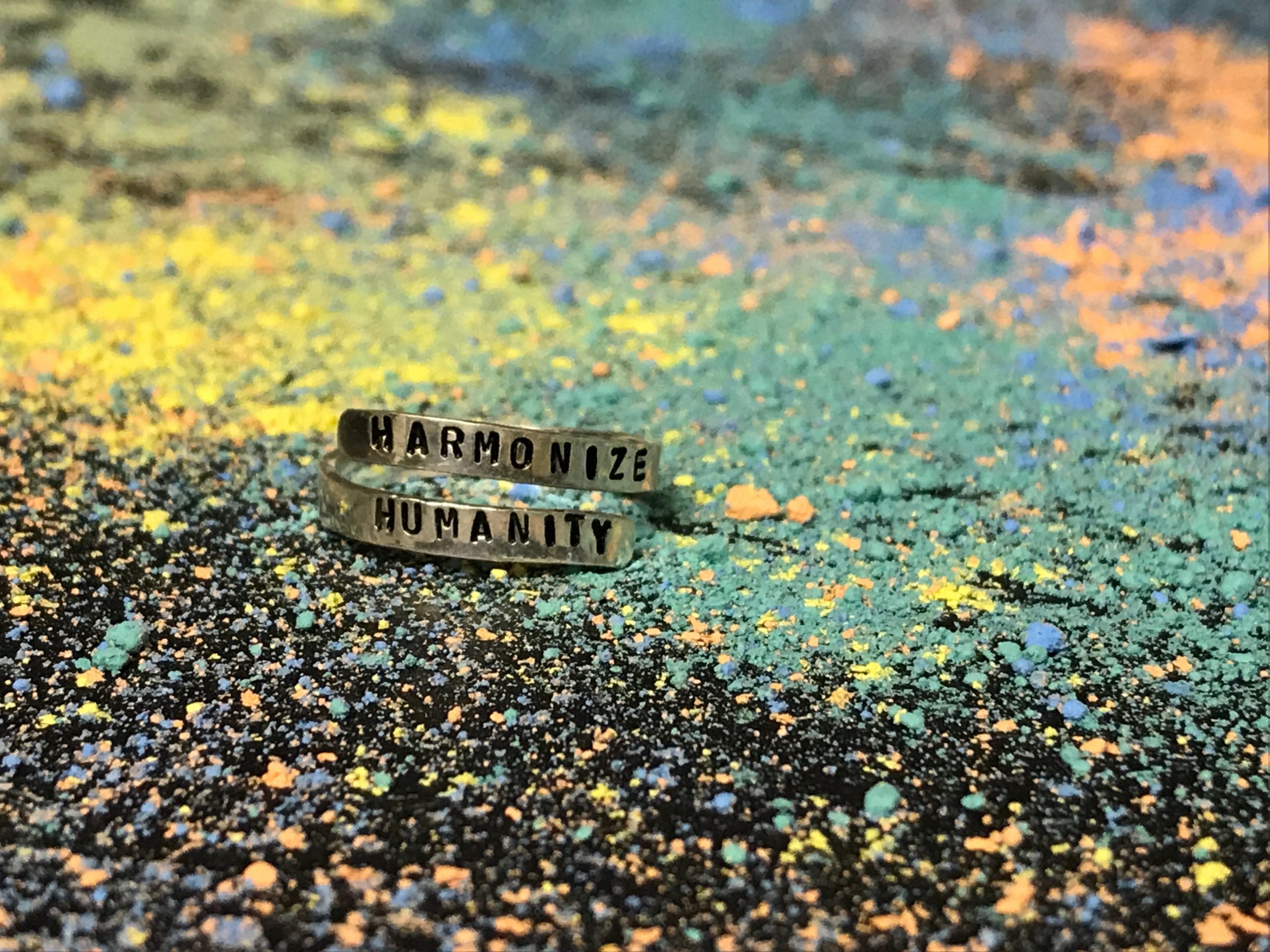 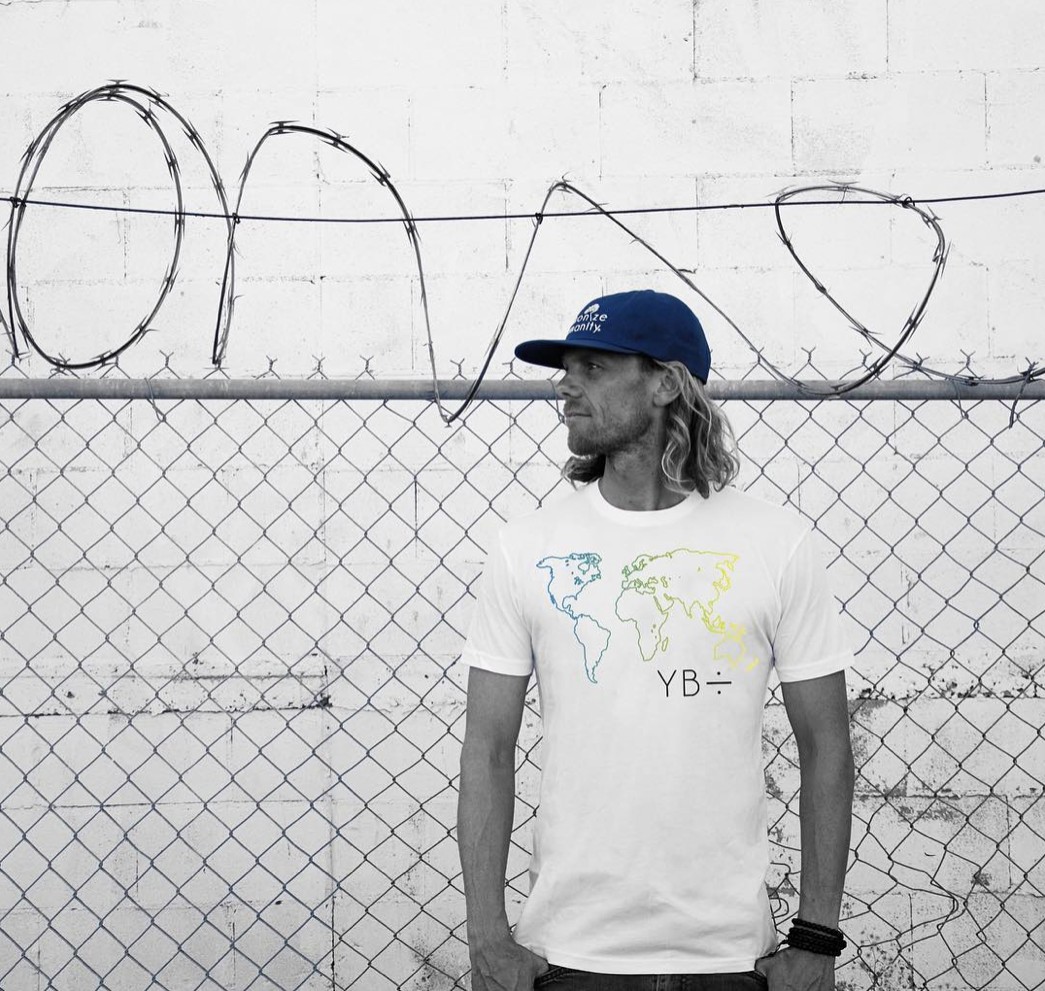 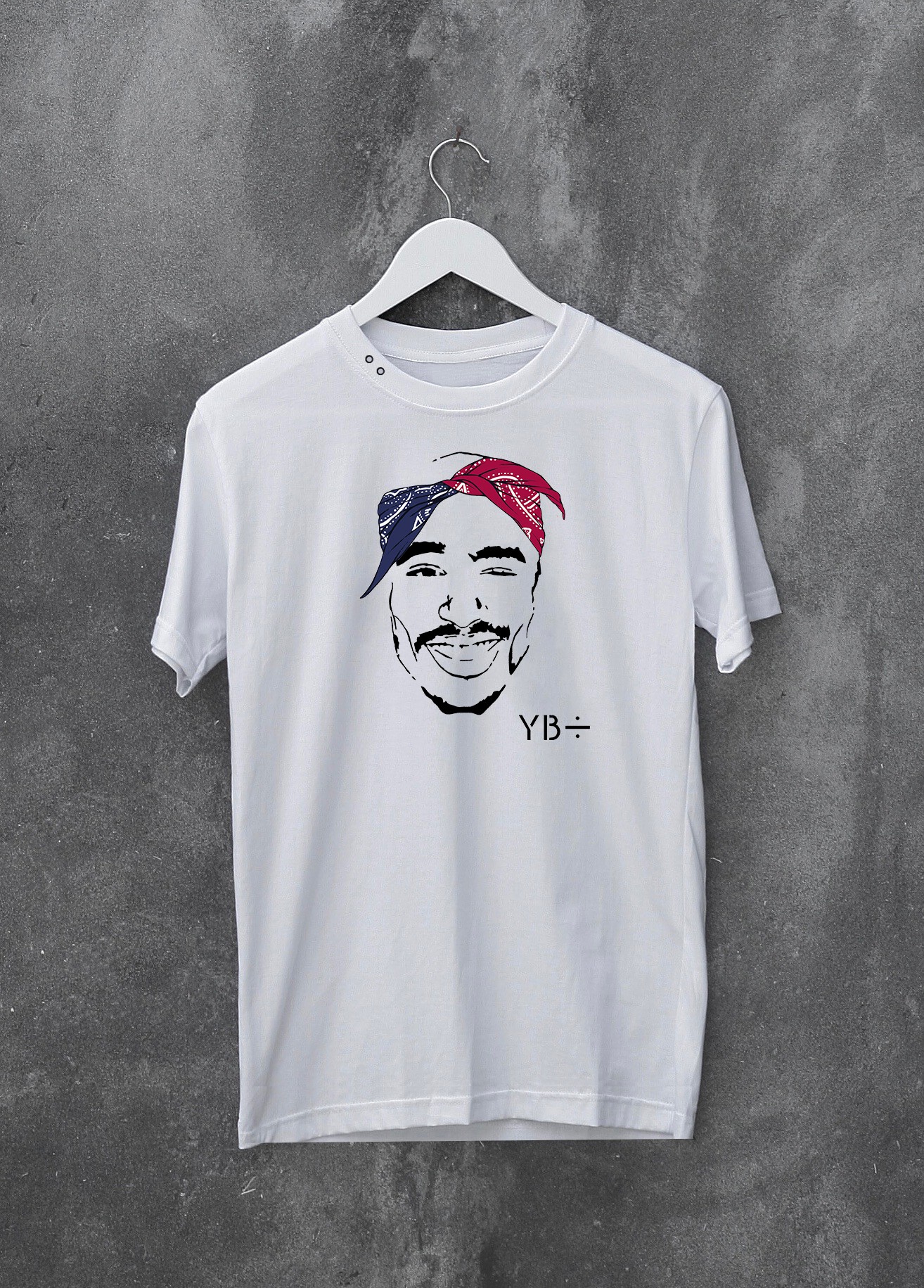 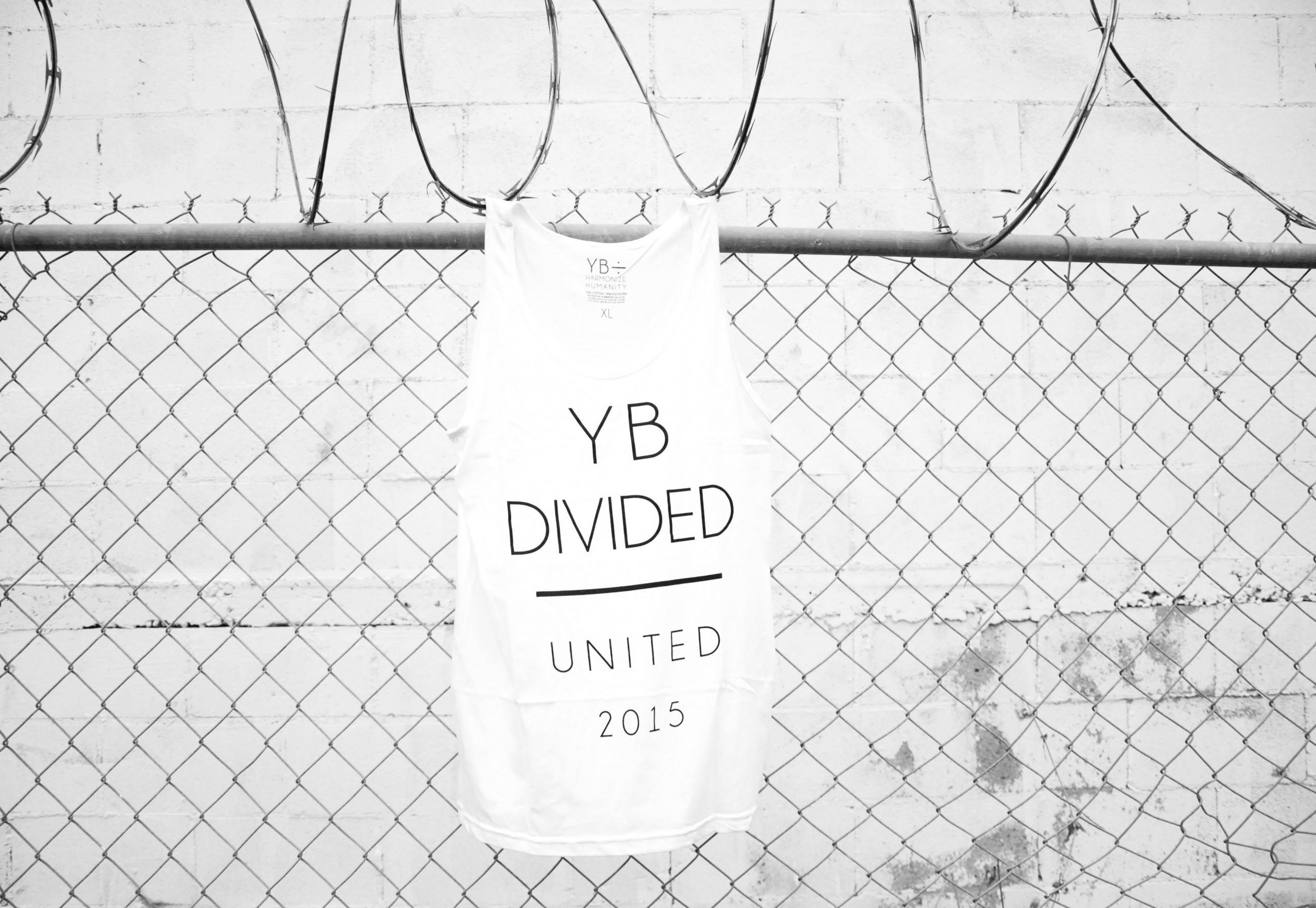 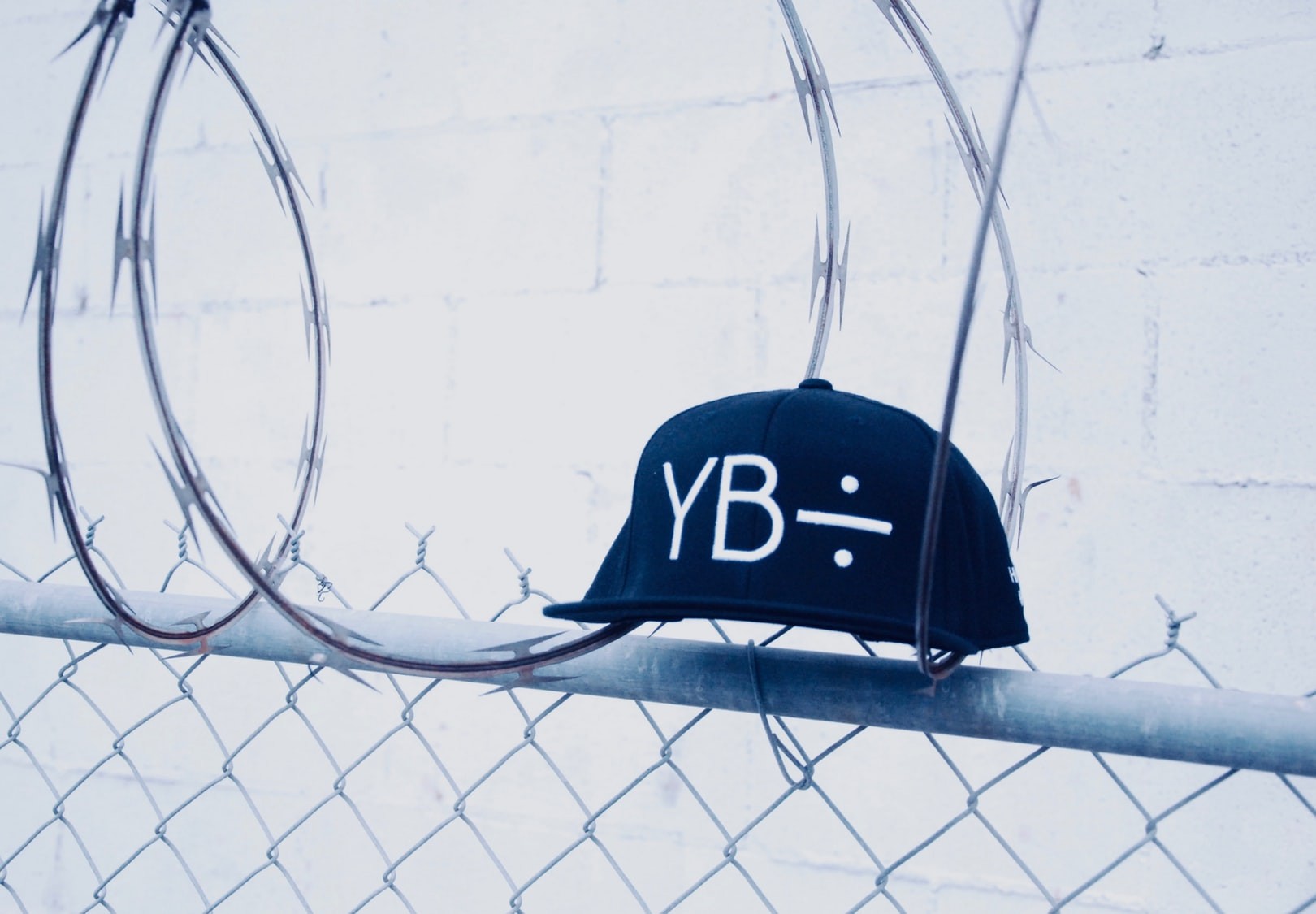 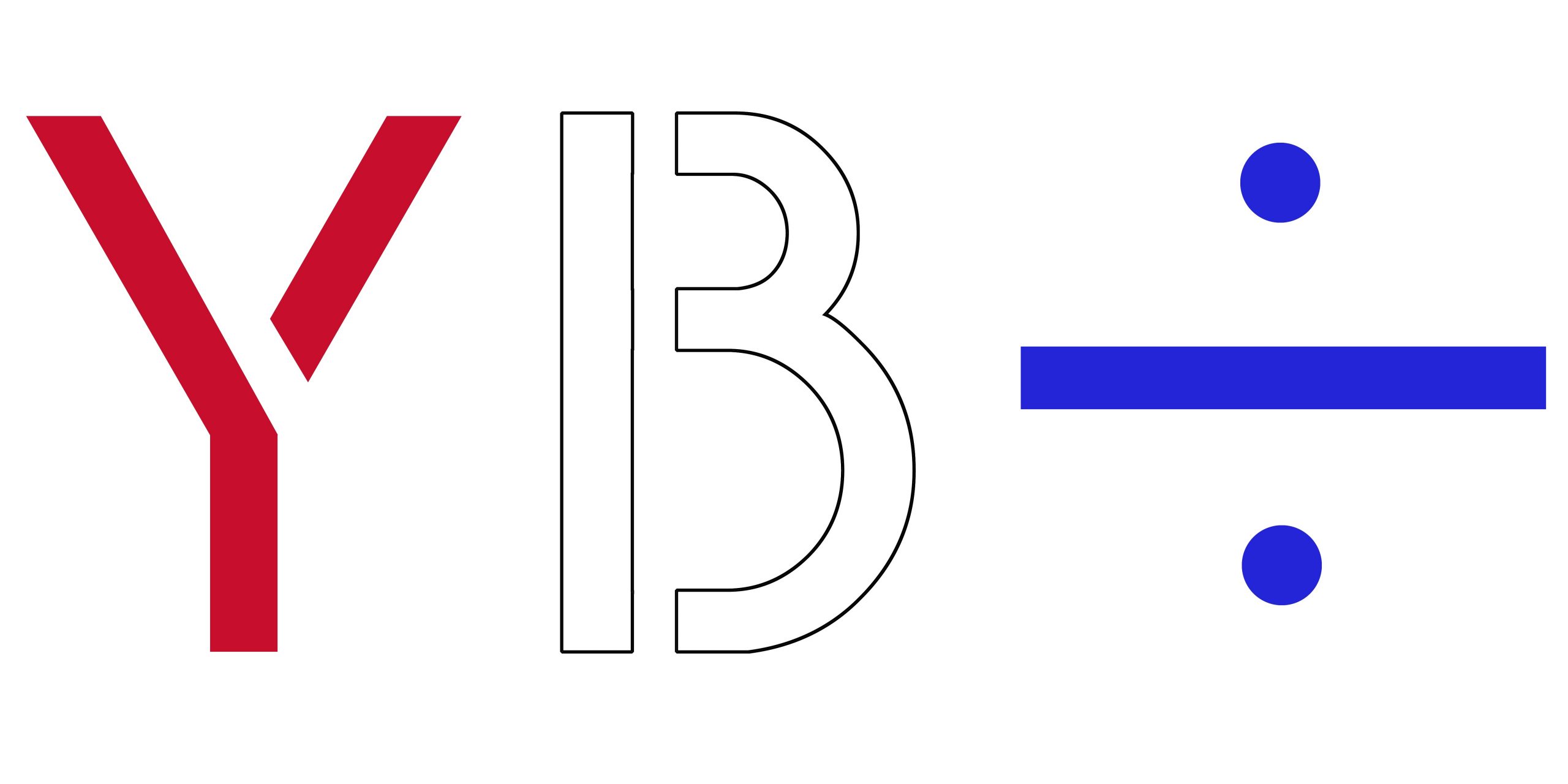