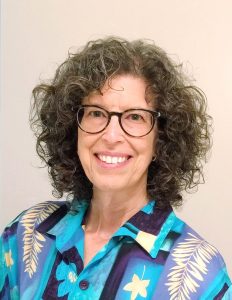 Today we’d like to introduce you to Janet F. Williams.

Hi Janet, it’s an honor to have you on the platform. Thanks for taking the time to share your story with us. Can you start by sharing some of your backstory with our readers?
I decided early on I’d rather have an interesting life over one more conventional (housewife and kids). At 19, I started my career as a graphic artist/illustrator in the northern Detroit suburbs specializing in black-and-white design, typography, and photo retouching for print. My partner and I had a business that grew to 22 employees in a span of two years (I was 21). We split over creative differences, and fortunately, I landed a position at CREEM: America’s Only Rock ‘n’ Roll Magazine in their art department. I attended concerts and media events and learned about the music industry. My friends all thought it was very cool. Seeing the printed magazine I’d put together each month gave me a sense of accomplishment and greater self-esteem about my abilities.

I continued on as a supervisor at an educational publishing house in Ann Arbor until the unexpected death of my youngest sister. This tragedy made me face what I wanted to do in life instead of going with the flow, which would have been to stay in Ann Arbor, a lovely town that seemed too small for my aspirations. I wanted to be in warmer year-round weather. At a turning point, I decided to travel the US and Canada and find a new place to live. The adventure continued long after I’d hiked numerous national parks and visited multiple cities because, after nine months of that, I headed overseas. I suppose it was brave of me, as my friends said, especially traveling through Asia as a single woman. I met and overcame adversity. It certainly changed my worldview to experience cultures that were vastly different than my limited view from the suburbs. The entire around the world solo journey took 18 months and eventually, I ended up in San Diego in 1984, one of the best decisions of my life, with the last 21 years in San Marcos.

From 1984 to 1999, I had a number of unusual stints and careers, including video production, massage therapist, avocado farmer, jazz radio co-host, fine artist, and cartoonist. During this time, I also wrote my first unpublished novel. I had married a high school sweetheart (male) and divorced, and in 1999 had to start over. I chose auto sales to earn a living and quickly rose to finance manager. Later I switched to jewelry sales but never stopped writing. In 2010, using the knowledge I gained in sales communications and my Psych degree, I self-published You Don’t Ask, You Don’t Get, a triple-award-winning self-help book that is still popular.

I left sales completely in 2012 to focus on my writing career. It was a time of change in that my female domestic partner and I broke up the year before. I write fiction and non-fiction and have been self-published as well as traditionally published. My latest book, Talk to Me (a wild and wacky comedy-drama lesbian romance) by Zoe Amos (pen name) was released by Sapphire Books Publishing in March 2021 and has since garnered celebrity reviews and media attention. I have numerous short stories published under my pen name, and back in 2013, I self-published Superior: Adventure Romance, a futuristic young adult novella. The pen name is helpful for marketing purposes.

I started Good Day Media in 2010 as a platform for my writing, and it has since evolved to include editing, speaking, workshops, and coaching for businesses and individuals. I provide one-on-one personalized coaching for writers. I’m also a full-service editor for fiction and non-fiction manuscripts to help would-be authors get their work into shape for publication. I can provide critique, developmental editing, copy editing, and line editing, as well as advice on marketing and the pros and cons of publishing options.

Your journey hasn’t been entirely a smooth road. What other obstacles have you overcome?

I was always aware of my attraction to women, and early on considered myself to be bisexual. Back in the ‘70s and ‘80s, I didn’t know how to find women who felt like I did, and I experienced various forms of discrimination from that and from being a woman in business. At some employers, I chose not to be out, depending on the environment. Around age 40, I started to experience a pronounced shift toward women only and have felt that way ever since. Being totally out gives me the freedom to experience my true self.

Career-wise, I tried a couple of times to make it as an artist. My work was well-received, and I secured placement in notable galleries, but then the economy would tank and galleries closed, leaving me in the dust. Making a living became an issue in 1999 when I started over after leaving my husband. I had to make a lot of money in a short period of time if I ever thought I could retire. I chose sales because that seemed to be the best way to take control of my income. I worked crazy hours. At day’s end, I could barely think, let alone write. Now, as my own boss, I have control of my schedule, my preferred scenario. I can decide whether to book speaking engagements, to take on clients, or work on my own writing.

There were pros and cons to moving through so many different work experiences over the years. My mind is too active and I’m too restless to stay with one thing. My writing career is the exception. When people have careers in one field, they can advance a little more easily than the route I took, but I still found success, especially in auto finance and now with my writing. As long as I’m doing something creative, I’m pretty happy.

Thanks – so what else should our readers know about your work and what you’re currently focused on?
As a speaker, I’ve presented writing workshops at various writing clubs and venues, including the Southern California Writers’ Conference in San Diego and Irvine, Publishers and Writers of San Diego, and San Diego Professional Editors Network. I teach character motivation, good sex writing, writing for the LGBTQ+ market and more. People who attend my workshops appreciate my lively style and sense of humor, and that I speak frankly about sex writing—an awkward subject for many writers. I like to talk about the timeless content in You Don’t Ask, You Don’t Get, which tells you how to ask for what you want and increase your chances for getting it. I recently gave a Zoom talk for SDEBA Power Lunch Networking hosted by Milo Shapiro on that subject. I made a PowerPoint, not my usual, but I’ve had to adapt to the Zoom format. With the new book, Talk to Me, I’ve given Zoom author talks as Zoe Amos. I infuse my reading with character voices that make listening more enjoyable for the attendees. Talk to Me takes place at a fictional San Diego radio station—info I learned in the ‘90s from my radio gig at KBNN, a now-defunct station in the backcountry.

I love the coaching work I do because I experience my writers’ progress as they drop their bad habits. I see it when I suggest changes to their writing, and they are able to take what they’ve learned and apply it to their entire manuscript. I learn by reading manuscripts, not just facts from non-fiction or business writing, but about human nature in memoir, plot structure, character portrayal, motivation, and more. I learn from my fiction writers, too, especially when they come up with an innovative turn of phrase or unusual word choice. I read—constantly. Reading good writing helps my writing.

I’m proud of all the work I do. When I’ve bid by the job, I’ll work beyond what I planned for a project if I feel it is necessary. It lowers my rate, but it’s more important to me to do the job right. I get warm fuzzies from the kind words and testimonials I’ve received from clients, knowing they could rely on me to get what they wanted. I’m an oral and written communications expert, and while I’m not perfect, I do my best to live up to that title.

I write a lot, but often it’s for others, not my own projects. I have a number of books in various stages: fully written, two first drafts (including a memoir), book ideas, and short stories that I may put in a compilation one day. Some writers have a set time for writing. I like keeping an open schedule, which works better with my personality.

Is there a quality that you most attribute to your success?
Persistence and good communication. I use the tips and techniques spelled out in You Don’t Ask, You Don’t Get all the time. I find out what’s important to the other person so I can deliver. In the process, I get what I want. 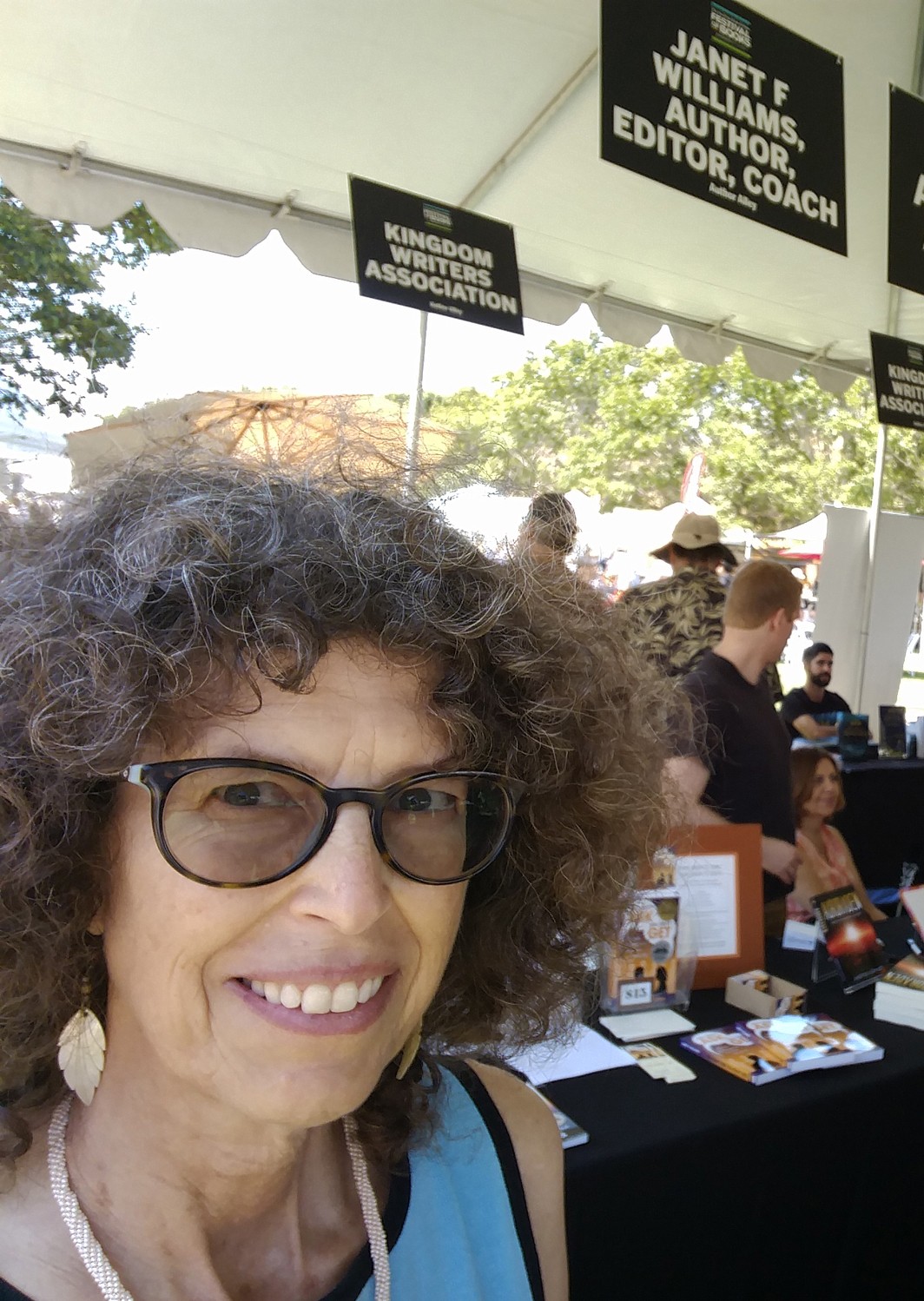 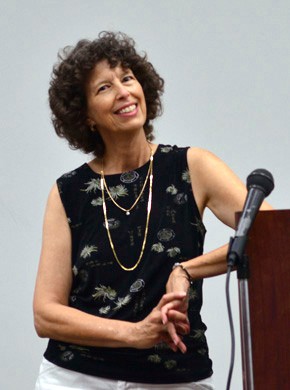 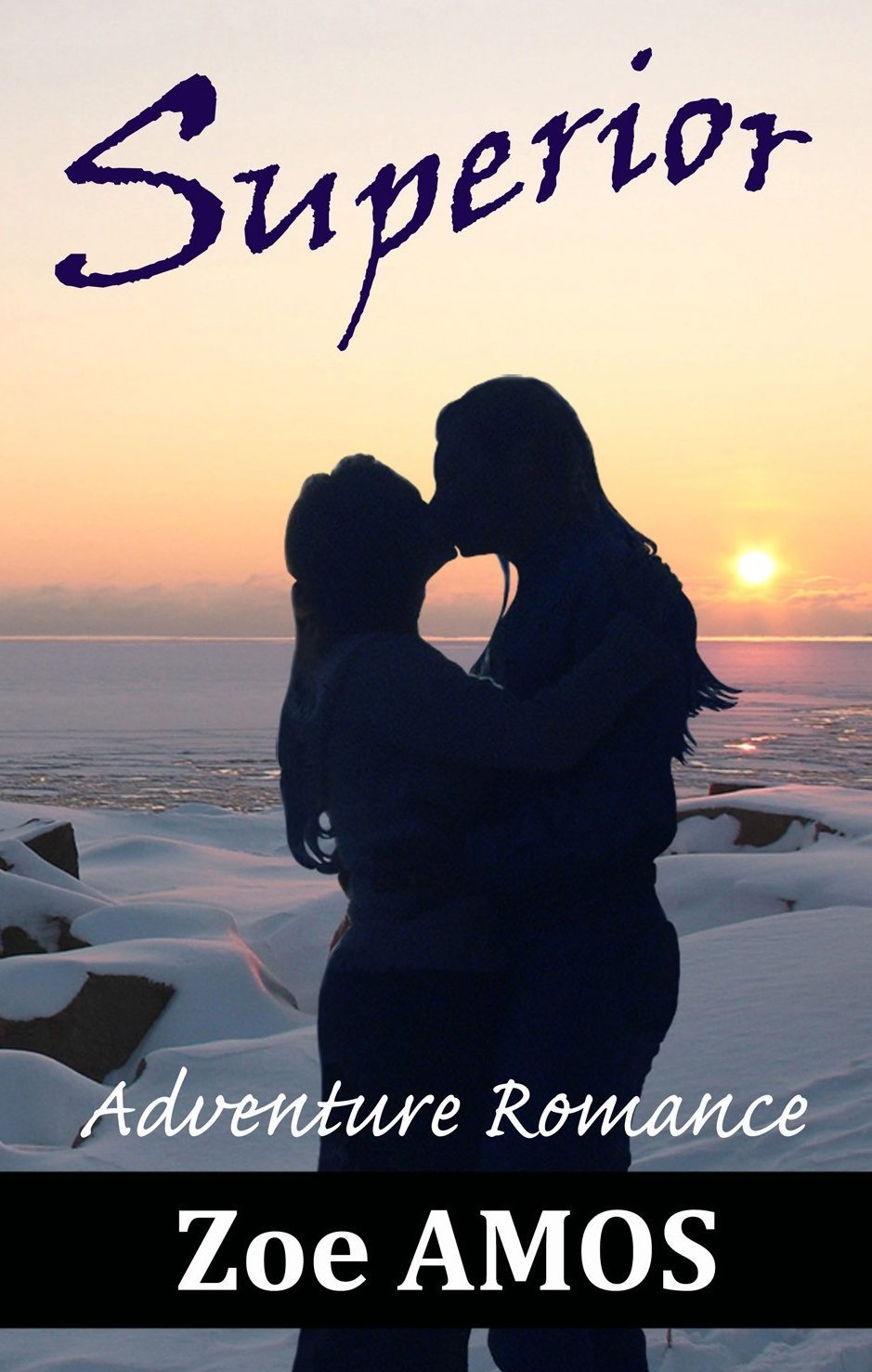 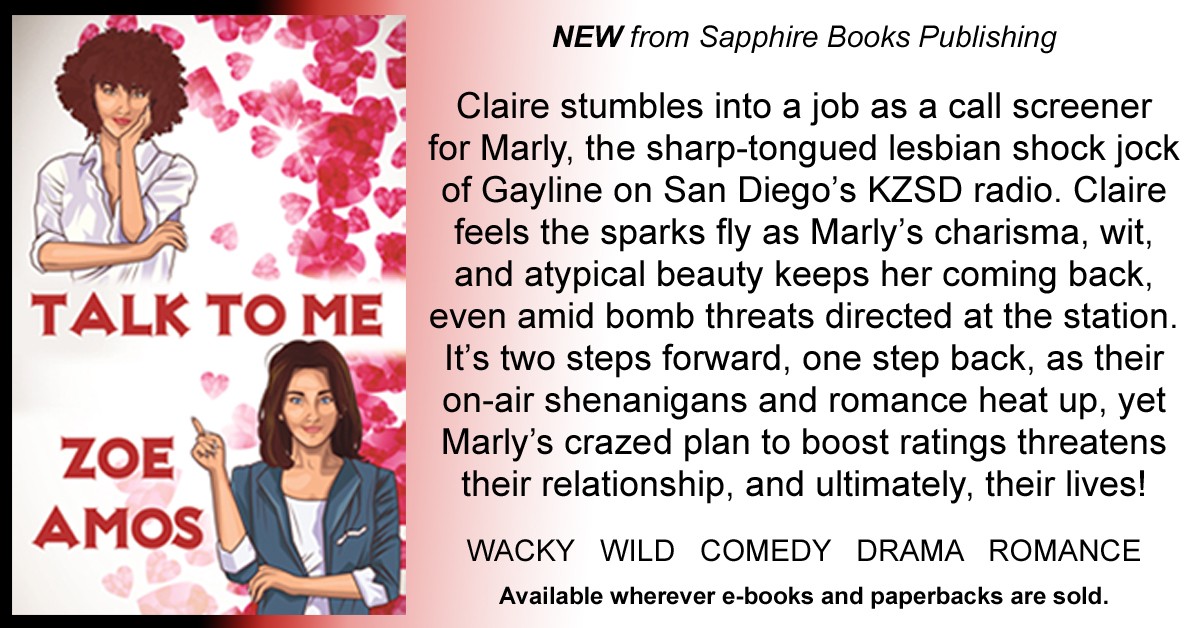 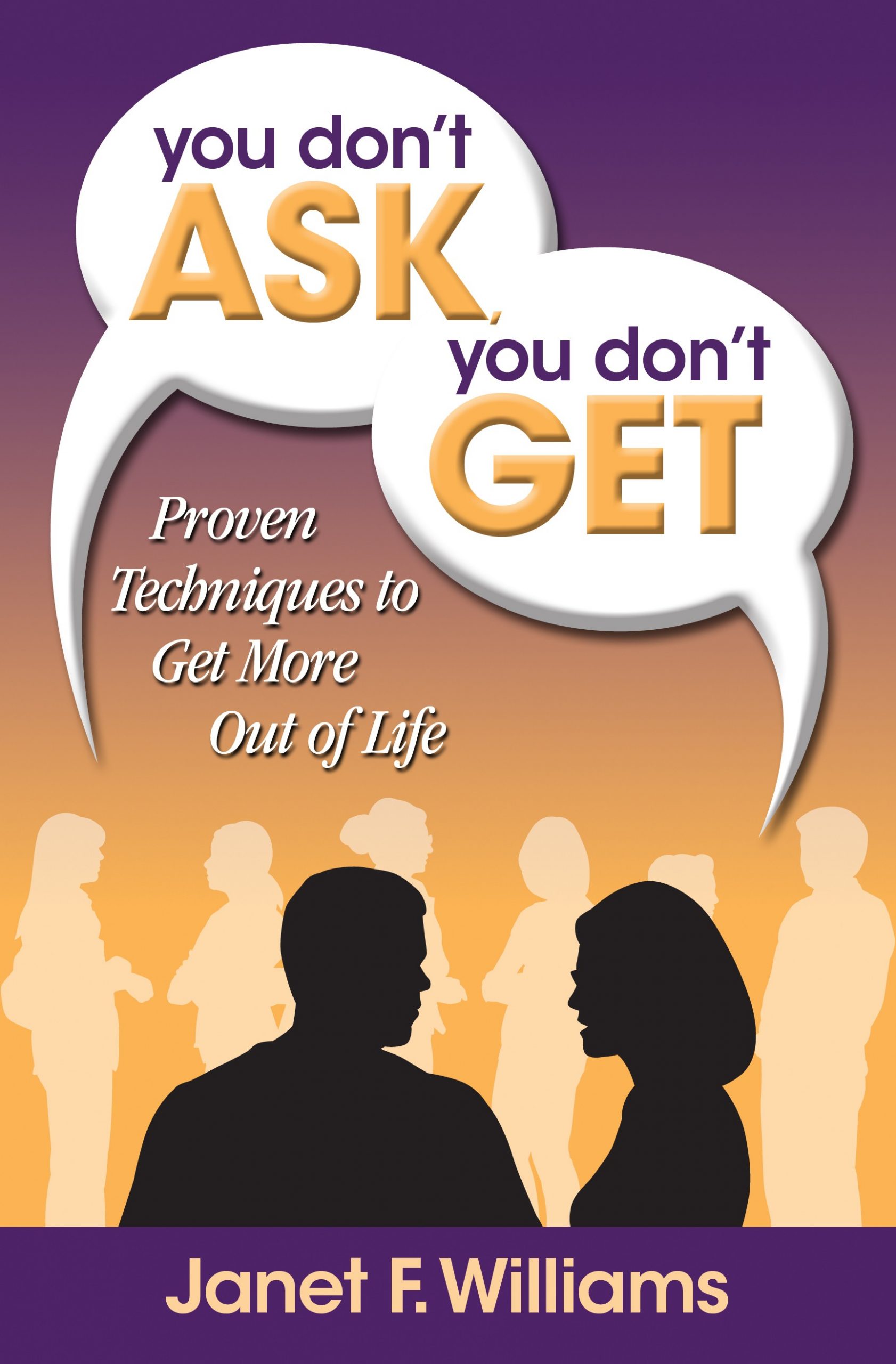 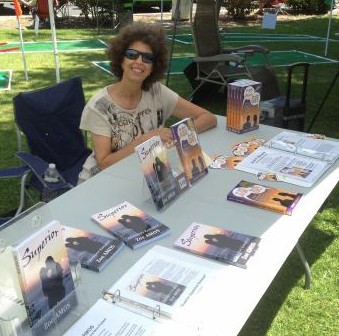