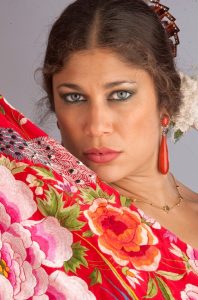 Today we’d like to introduce you to Lakshmi Basile.

Lakshmi, we appreciate you taking the time to share your story with us today. Where does your story begin?
I was born into a family of musicians and dancers in California and defined myself as a dancer at a very young age. I attended the San Diego School of Creative and Performing Arts, where I studied various genres of dance. Outside of school, I grew up going to gigs with my parents, who performed regularly around San Diego, sometimes in the neighboring states, and as far away as Chicago. At the age of sixteen, I gave my first paid performance and have been performing professionally ever since.

After graduating from SDSCPA, I went to UCSB and was part of the dance department there for two years. Subsequently, my passion for Flamenco took me to Spain in 2002. With a leave of absence from UCSB, I spent a year intimately training with two well-known Gypsy (Roma) performing families, to deepen my flamenco skills and knowledge. During these years of study and training, I danced eight to ten hours a day. Instead of returning to UCSB, I decided to stay in Spain and apply my flamenco studies to live performance. Within a year, I began performing at an established flamenco theatre in Sevilla. My work schedule was two shows a night, six nights a week. Many challenges did arise, being the only foreigner performing alongside locals, who felt that Flamenco is only properly done by Spanish-born artists. Performing with the burden of such discrimination was challenging. The first five years of my professional career in Spain were very lonely and required much perseverance to combat such prejudice on a daily basis.

In spite of this, I began to slowly gain respect from my peers due to my accomplishments. I began being hired to perform with Gypsy families, which are extremely exclusive and considered elite. I performed in local festivals and small venues that cater to flamenco aficionados. Eventually, I presented myself at the two most important flamenco contests in Spain, and at both, I was awarded prizes. This was my career in Spain, and my career in the United States was also fruitful. During the slow season for performers in Spain, I would come home to San Diego for a month or two. During these visits, I would teach classes and perform. I started to produce my own shows and also began choreographing for local flamenco teachers and their academies in California. I was able to develop my entrepreneurial skills in these years, experiencing many challenges and successes. I was able to nurture my career without support from larger producers in California.

Being a native Californian, I found it difficult to contract large shows where Spanish artists are expected. Conversely, the fact that I resided principally in Spain made it less likely to be contracted for the more numerous smaller shows, where local talent is preferred. It was a challenge to convey all that I accomplished in Spain to my own Californian compatriots, who had not personally experienced the level of discrimination that I worked with in Spain! However, I eventually became one of the most sought-after teachers of flamenco dance in California, and I am honored to teach other teachers, including those much older than myself. It has been fulfilling to self-produce successful theatrical productions, seeing filled venues, new followers and happy co-workers. As an independent producer, my long-term goals started to develop. Seeing what I had done by myself made me imagine what can be done with others! I plan to bring together accomplished artists to produce the highest quality presentations, sharing our individual and collective messages. I want to share our stories through performance and bring the audience inspiration and motivation. My goals are to empower others, to continue to evolve myself artistically, and to create a community free of discrimination.

Can you talk to us a bit about the challenges and lessons you’ve learned along the way. Looking back would you say it’s been easy or smooth in retrospect?
It has not been a smooth road due to discrimination, economic limitations and simply diving into a competitive and complex art form. I had to make sacrifices on a regular basis in order to pursue and maintain a career in Flamenco. I have to dedicate a lot of time to my training in order to stay in form. I have to also deal with a lot of ignorance because the majority of my clients do not understand nor know how to value the art of flamenco. Lastly, it is a struggle to be an artist, period, no matter the genre. Responsibility, Satisfaction, Livelihood are a few words that mean a lot to the artist throughout their career.

Thanks – so what else should our readers know about your work and what you’re currently focused on?
My name is Lakshmi Basile, “La Chimi,” I am an internationally acclaimed flamenco dancer, I perform and create productions with professional flamenco artists and teach dancers of all ages and levels whom seek to deepen their skills and knowledge of flamenco.

I’m proud to say that I have established a successful career as a flamenco dancer in Sevilla, Spain. Being American-born, this is unheard of. Sure, there are foreigners whom have been able to perform in small venues that are specifically for foreigners, there are some who perform with their significant others whom are local artists, and there are a few that have been able to perform in tablaos (small flamenco theaters) amongst other local artists. In the fifteen years I lived there and to this day, I perform in tablaos, in important festivals and many private events amongst the flamenco elitist. I also won two very important national prizes. I am the only foreigner to this day who has taken these prizes and it indeed created a little turbulence in the flamenco community.

A matter of fact, I’ve dealt with turbulence the entire time in Spain. Why? Well, I believe its roots from the following; Ownership of an exquisite and lucrative art form. Ever since flamenco became a job, a fight amongst the Spanish developed because everyone wanted to claim ownership and responsibility for this up-and-coming art form. Who is in charge of making flamenco what it is and Who are the most authentic flamencos? The Spanish or the Romaní (aka gypsies) from Spain? I won’t go into details of this national debate, but the point is, Flamenco is from Spain and it is intertwined with Spanish history and culture. I dealt with discrimination on a direct and daily basis. It was difficult but made me stronger. It was frustrating but tamed my ego. It wasn’t fair but made me unique. It was a constant challenge, but so is life.

The most important lesson I learned thus far is to be authentic to oneself. Do not sway from your desires nor your values because you will get where you are suppose to go without sacrificing yourself. I am so grateful to have had the strength to be the kind, loving, humble person I was brought up to be. The tremendous love birthed inside of me was not tainted nor forgotten but made an integral part of my flamenco expression and business etiquette.

My local and national relationships are growing constantly due to my regular engagement with the community. I attend a diverse array of events, supporting local artists and important fundraisers, such as Doctors without Boarders. I use my social media platform to promote not only my own programs but that of others, including colleagues in my same field. I volunteer to raise money for community members in need (GoFundMe), participate in non-lucrative educational gatherings (Fiesta Fin De Verano) and I have recently initiated a nonprofit organization (Alma Flamenca) to continue to deepen my relationship with my local and national community.

I have worked with numerous nonprofit organizations all over the USA, to name a few; Flamenco with Roots, Flamenco Fever, A través, EntreFlamenco, Casa Flamenca, Bay Area Flamenco and Sociedad Flamenco Cultural. My presence in some of these non-profit events that aim to educate and support inclusion in the arts has been for over twenty years and counting. I began as a community member limited in resources and knowledge yet thirsty to learn and participate. Now I am a key component validating authenticity and providing years of expertise to these organizations and their programs.

My self-produced events present inspiring messages that provoke both artists and audience. Many times have I been told that my performance has brought someone to tears or a fellow artist has a new brilliant idea. I also work with multicultural music and dance institutions, such as The Fountain Theatre, Center for World Music and San Diego School of Creative and Performing Arts. I believe fostering knowledge and appreciation of the rich diversity of the world’s music and dance traditions is vital in the pursuit of an inclusive and racially just society. 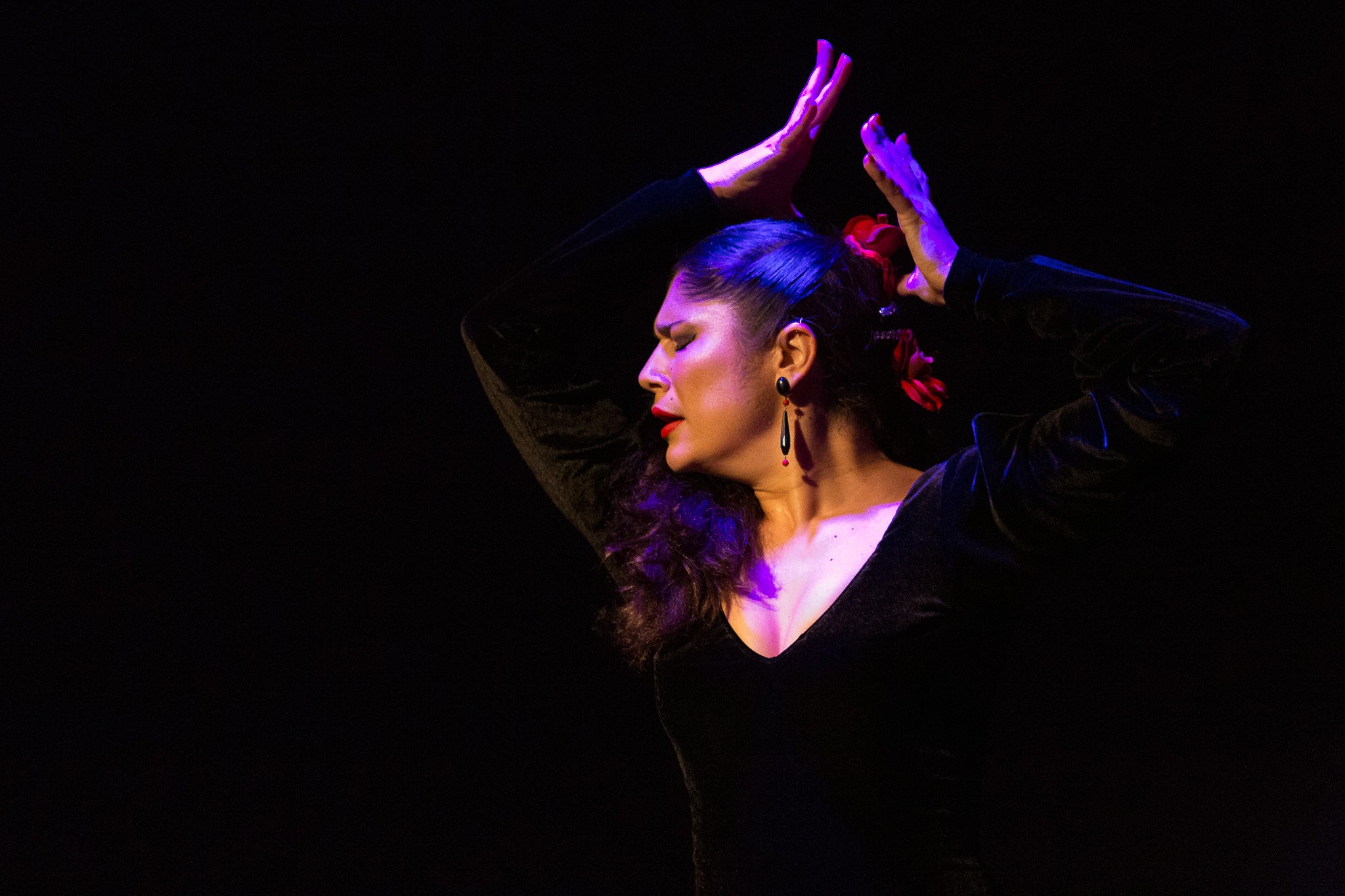 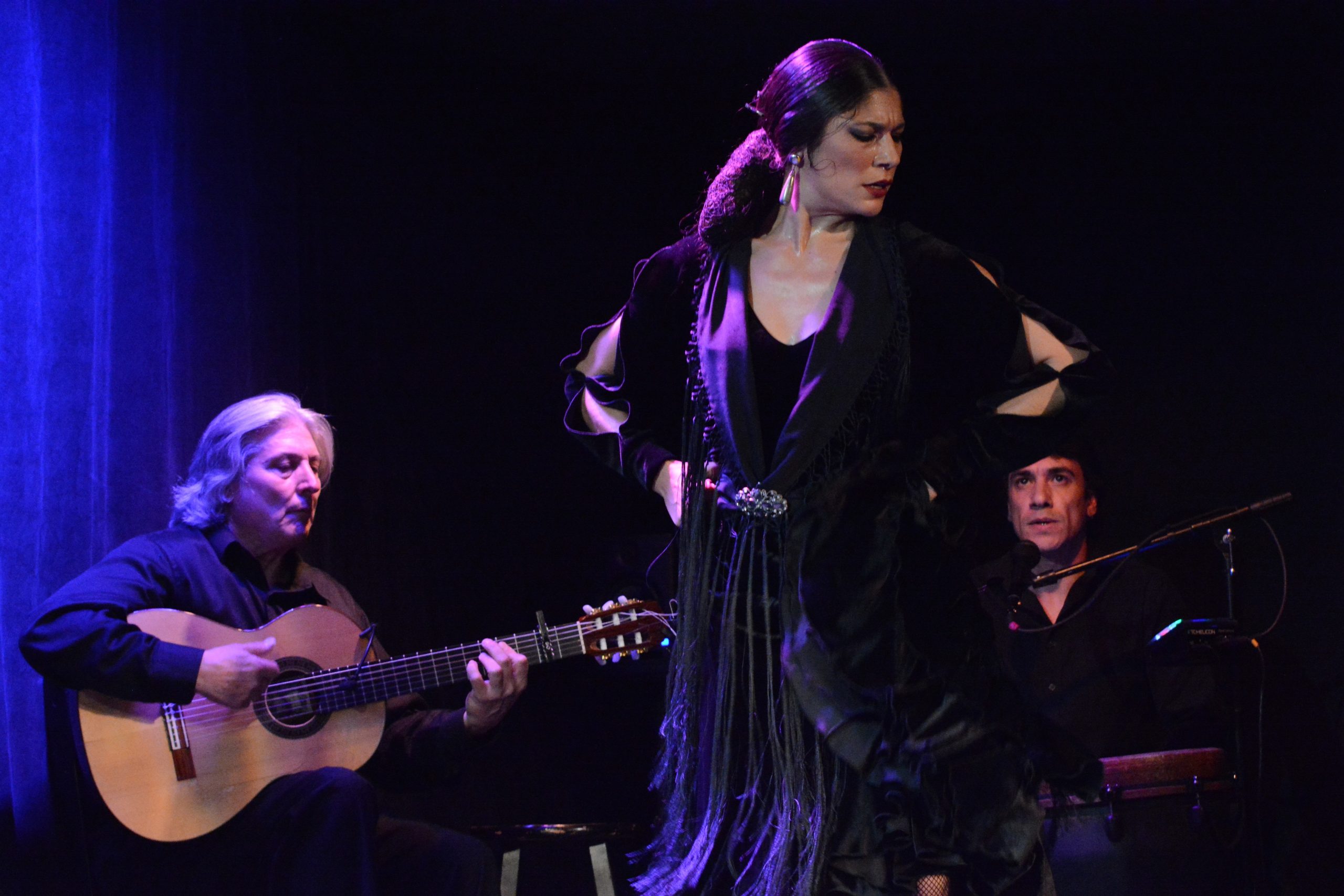 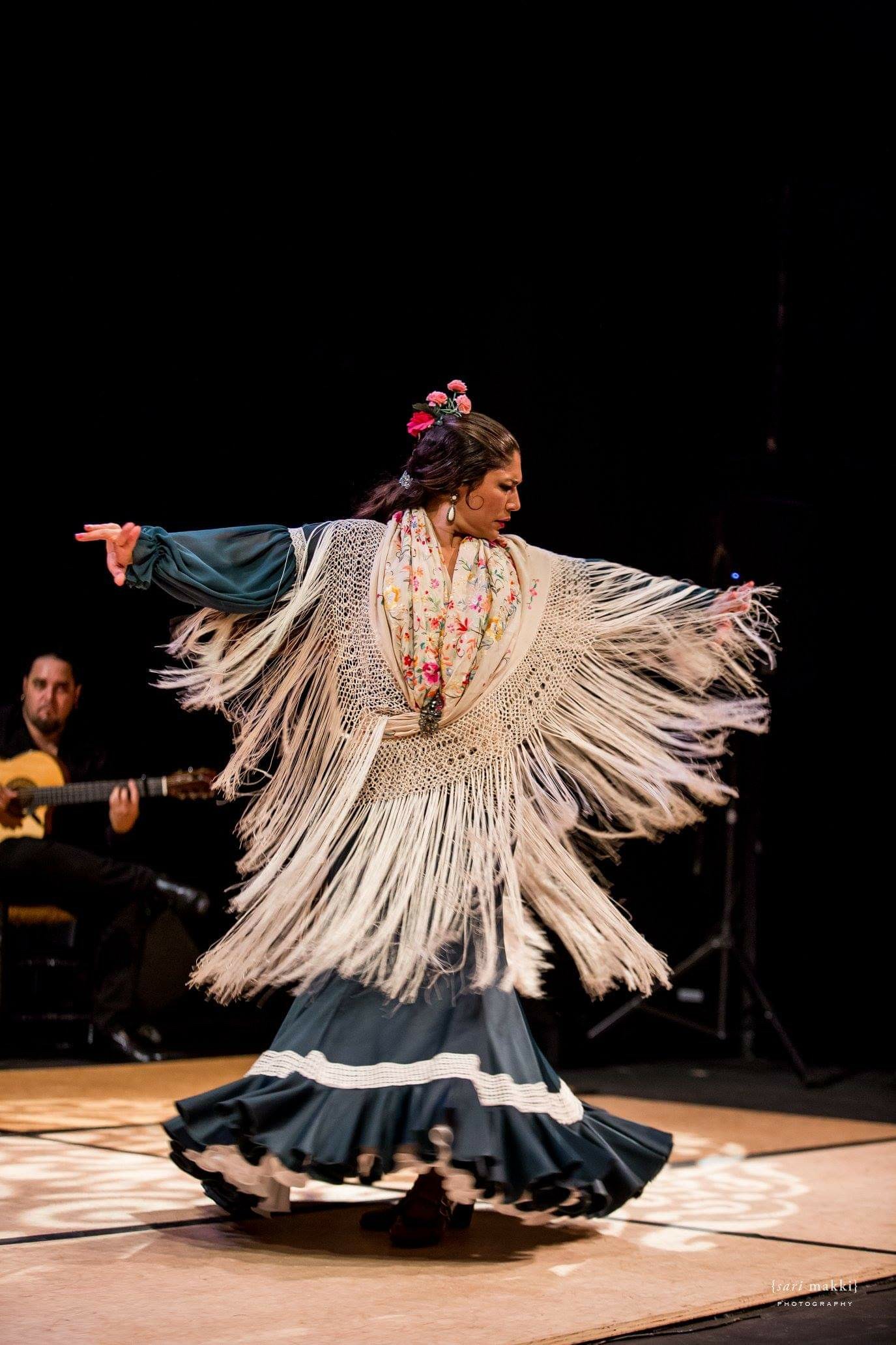 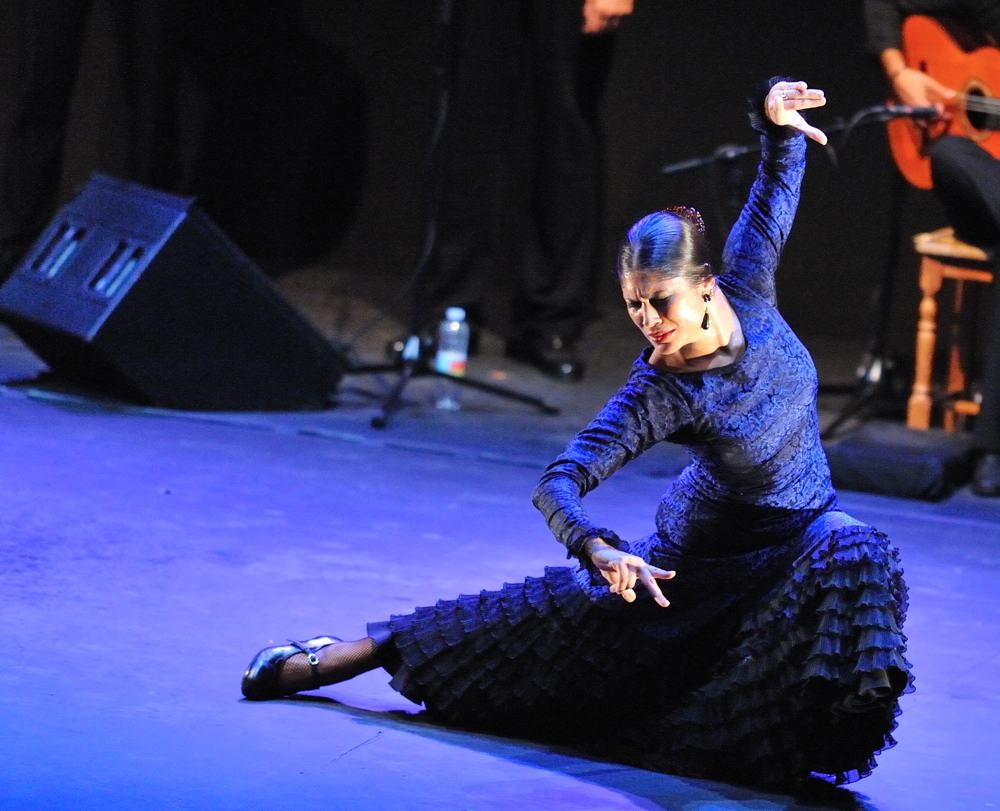