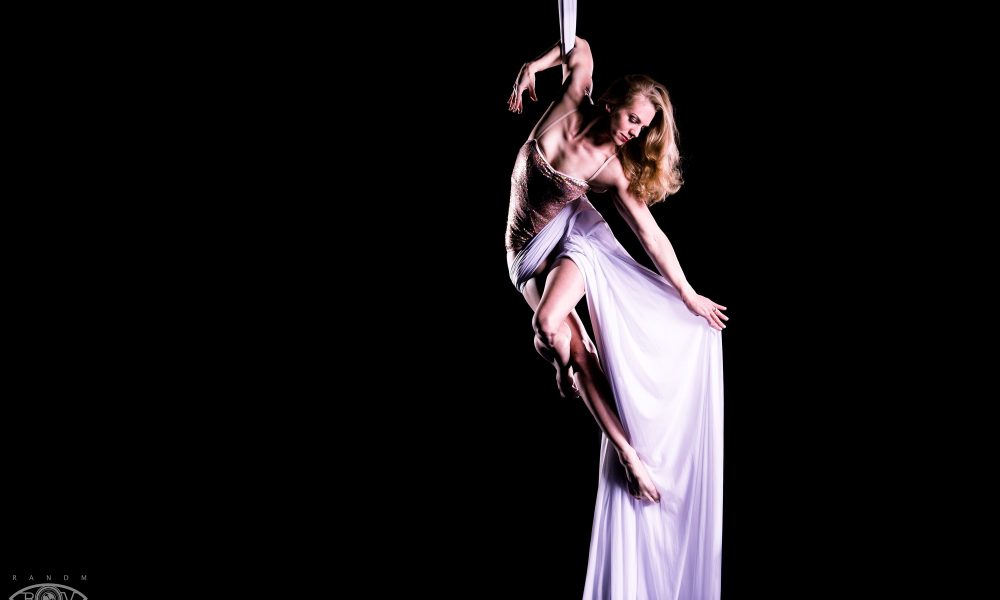 Today we’d like to introduce you to Sarah Romanowsky.

Sarah, we appreciate you taking the time to share your story with us today. Where does your story begin?
I grew up in Northern CA, training as a dancer at my local studio Kreuzer Academy in the Bay Area. I suffered from asthma that had me in & out of the hospital throughout childhood, but dancing strengthened my body, and I was able to eventually get my degree in Dance from Loyola Marymount University in Los Angeles.

After college, I completed dance contracts such as Jubilee in Las Vegas & a show on the Queen Mary in Long Beach. During this time, I felt the desire strengthen my body in new ways while utilizing my dance artistry & technique. Aerial arts seemed like the perfect blend of it all, and it grew into my new passion! In 2007, I began training at Hollywood Aerial Arts under the primary coaching of Tania Holt and studied Silks, Hoop, Hammock & Rope. Over several years, I transitioned to performing with HAA & eventually teaching for them as well.

Then, in 2012, my life changed in unexpected ways as I accepted a summer contract performing Silks outdoors in Cirque de la Mer at Sea World. That is where I met my future husband Christian Sanchez, who was performing trampoline/tramp wall on a floating barge in the same show. We did 3 contracts, performing together over the beautiful San Diego Bay.

In the years following, we performed in shows that brought us around the world including him on an international tour of Cirque du Soleil’s Toruk, me at Radio City Music Hall in NYC, him at the Friedrichstadt Palast in Berlin, me in a North American tour of Cirque du Soleil’s Axel, and both of us in shows in Las Vegas. Through it all, San Diego remained a constant for us — a place that kept pulling us back, whether to visit family, to work, or simply to spend time in our old neighborhood of Hillcrest, visiting our favorite cafes and restaurants.

When the pandemic began in 2020, we were living in Las Vegas and shocked when all of our performing jobs were suddenly disappearing. Then, when the US officially went into lockdown the weekend of March 15th, we found out I was pregnant! Subsequently, we didn’t have work for over a year, but we took that time to nest and get ready for our baby’s arrival in November 2020. After having a c-section, I spent months utilizing my dance training from childhood, then my aerial training from 15 years earlier, to strengthen my body once again.

Once the world started opening back up, the first city we visited & brought our daughter to was San Diego. We stayed on the old street where we once lived, walking around with our stroller, visiting all of our favorite spots. Then, once I was fully back to performing post-pregnancy and pandemic, one of my first jobs back was with Imagination Entertainment in San Diego. I’ve been fortunate enough to keep being pulled back, whether to perform for special events, weddings, or even on the USS Midway. Both personally and professionally, San Diego has been a cornerstone for us, and I know it will remain a constant as we continue our lives as performing artists and now parents.

We all face challenges, but looking back, would you describe it as a relatively smooth road?
One of the struggles I experienced was being cast in a Cirque du Soleil production where the skill sets were not in my immediate wheelhouse. I had trained in bungee trapeze previously, but admittedly, was out of practice when I received a last-minute offer to join the show as a replacement and had to fly out 2 days later. Additionally, it was an ice show & I had to wear skates in the act. Lastly, I was also asked to perform on an aerial chain, which was something I had never done before. Since I was proficient with Bungee and Aerial Rope & had at least been on skates before, I had enough skills for them to train me, but it was stressful as I was playing catch-up to everyone else who had already been there for months. By the end of my time there, I was proud of what I had been able to accomplish & very much felt like I belonged there, but I was pretty hard on myself earlier on in the process.

Can you tell our readers more about what you do and what you think sets you apart from others?
I perform Silks, Hammock, Hoop, Rope, Harness & Bungee Trapeze. I also coach many of these skills/apparatuses & have taught in about 100 different aerial studios around the world; many have been throughout the US as well as 13 additional countries. I’ve also taught workshops around San Diego over the years, including some at Deleon Dynamics. I’m proud that I’ve been able to make a name for myself as a coach, and I love the relationships I’ve been able to build with students over the years.

What quality or characteristic do you feel is most important to your success?
Growing up in a dance studio, getting a performing arts degree, then having my first show be as a dancer really cemented my sense of work ethic and professionalism. Although what I do now as an aerialist is certainly more dangerous, in my experience, being a dancer is often the role where the performer is doing the most and being paid the least. It’s highly competitive, and you always have the sense that you’re replaceable. As a dancer, it’s your job to learn choreography without questioning it and work in groups of people you may or may not always get along with, all for the larger vision of the show. This is why you have to take your ego out of the equation if you want to be successful. That has stuck with me, and even when I’m hired as a solo aerialist, I try to always show up as a reliable, ready, enthusiastic team player. 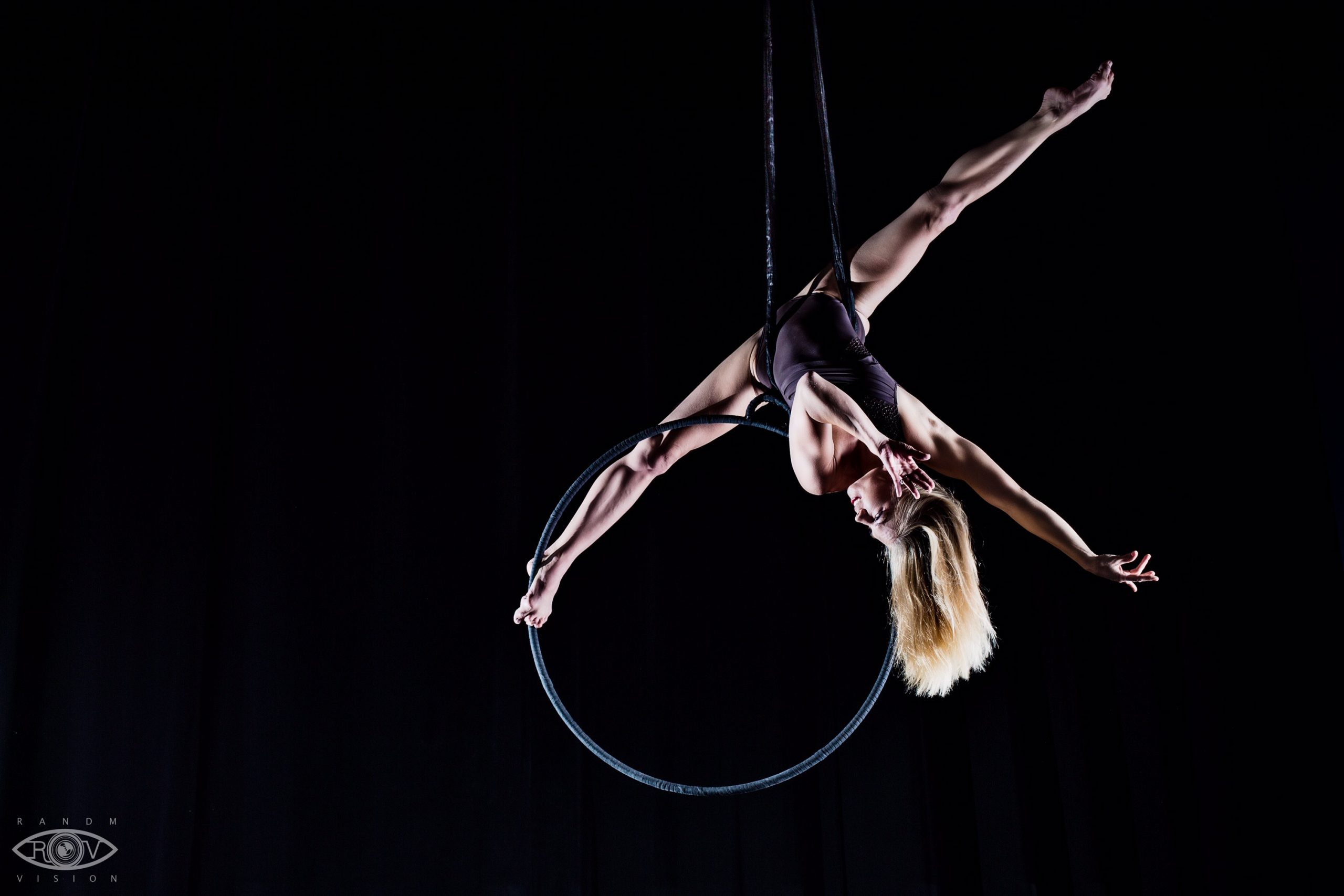 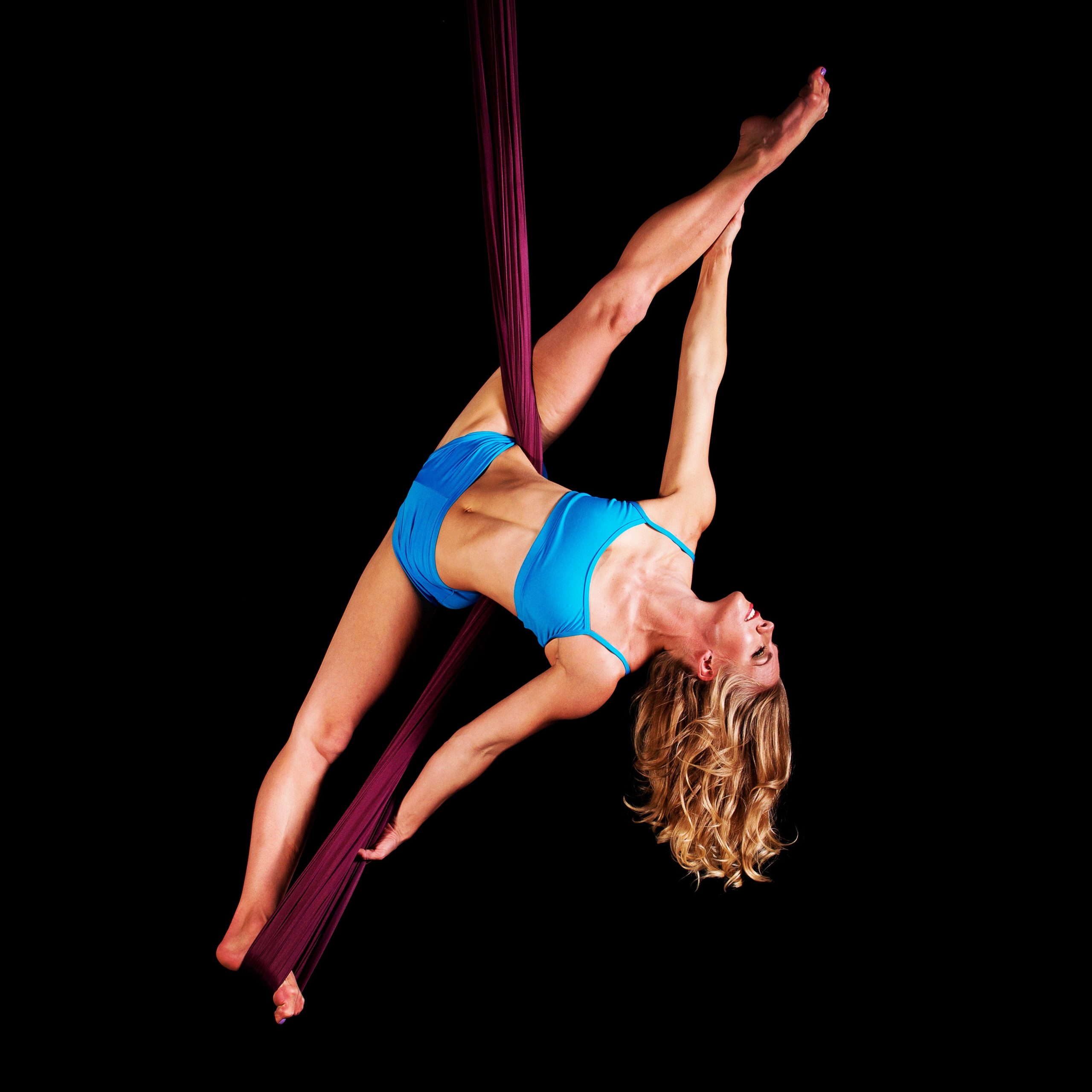 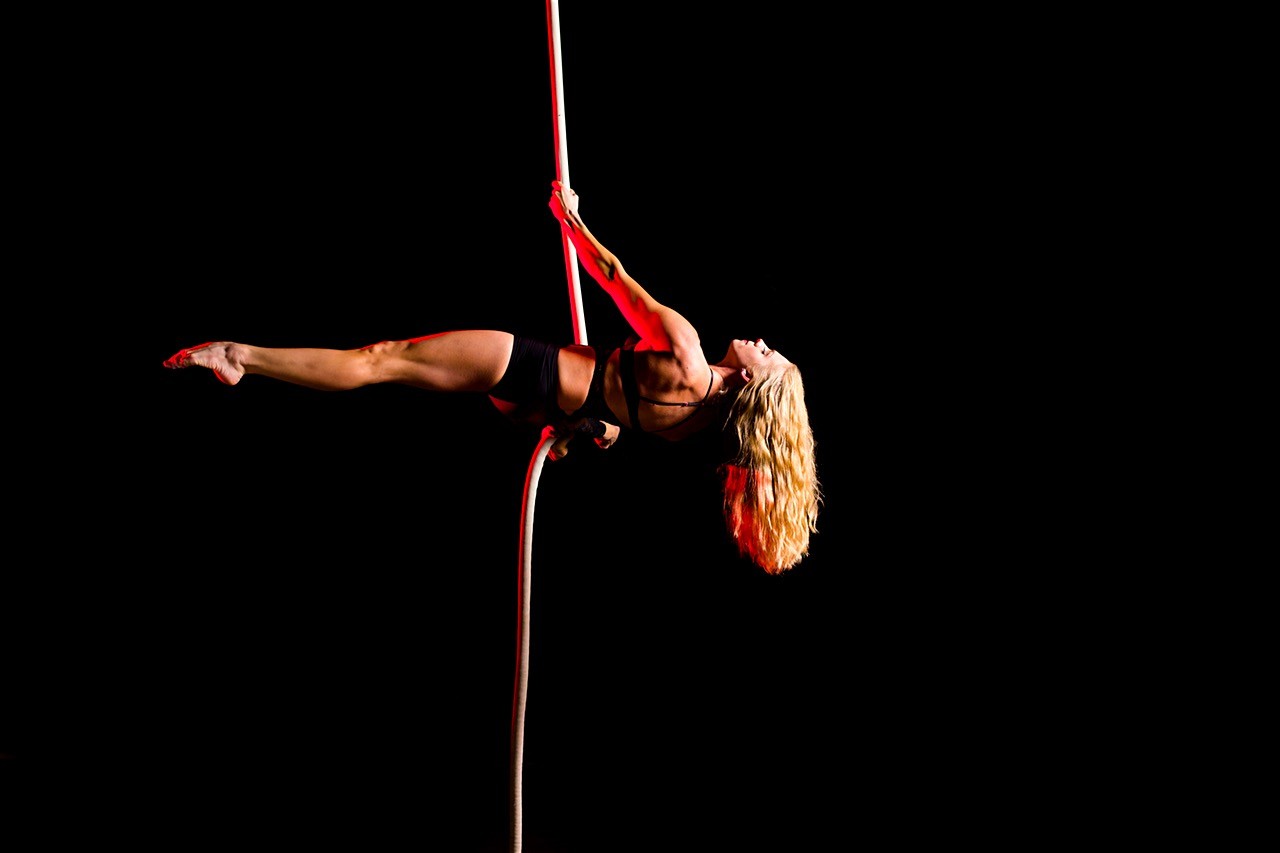 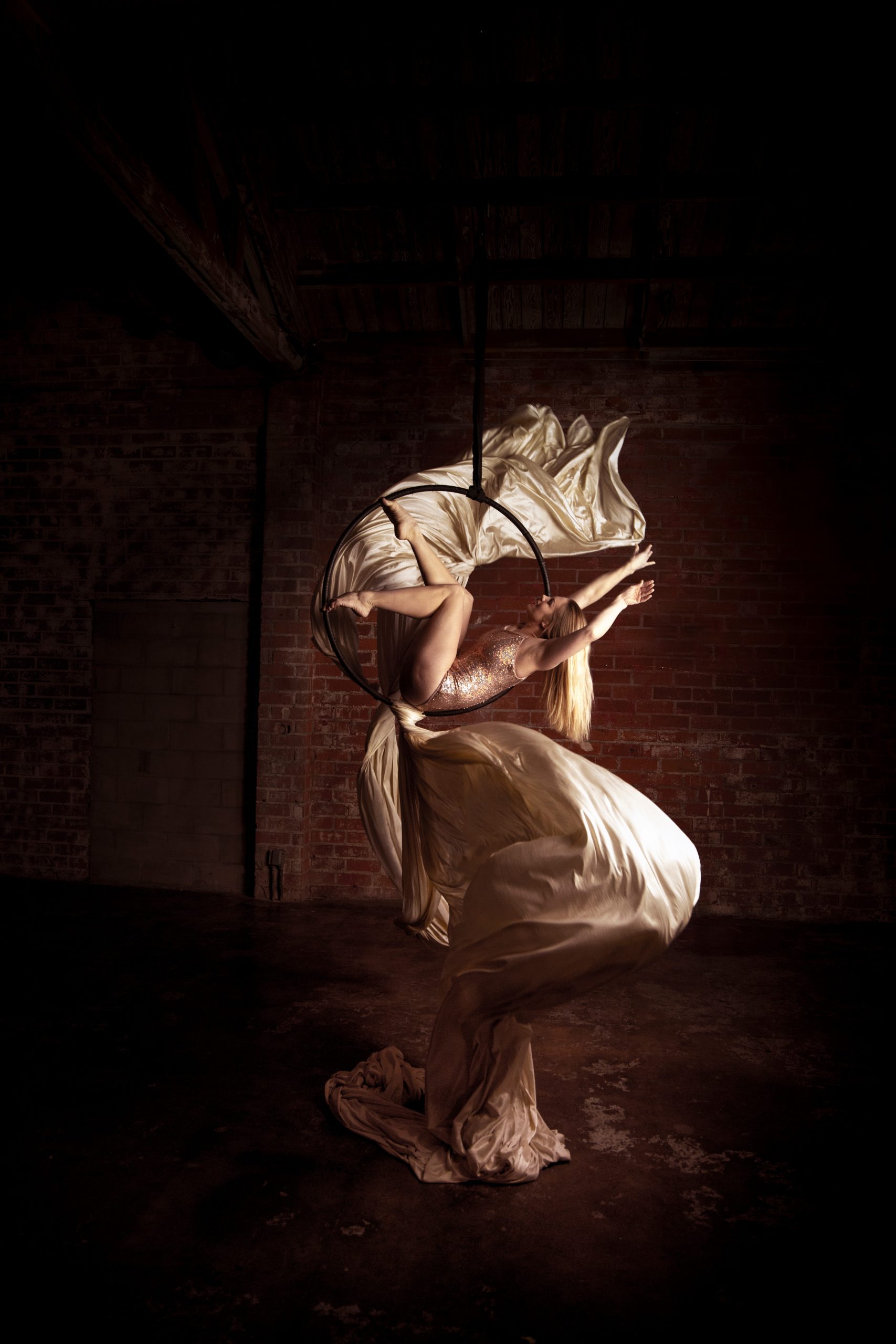 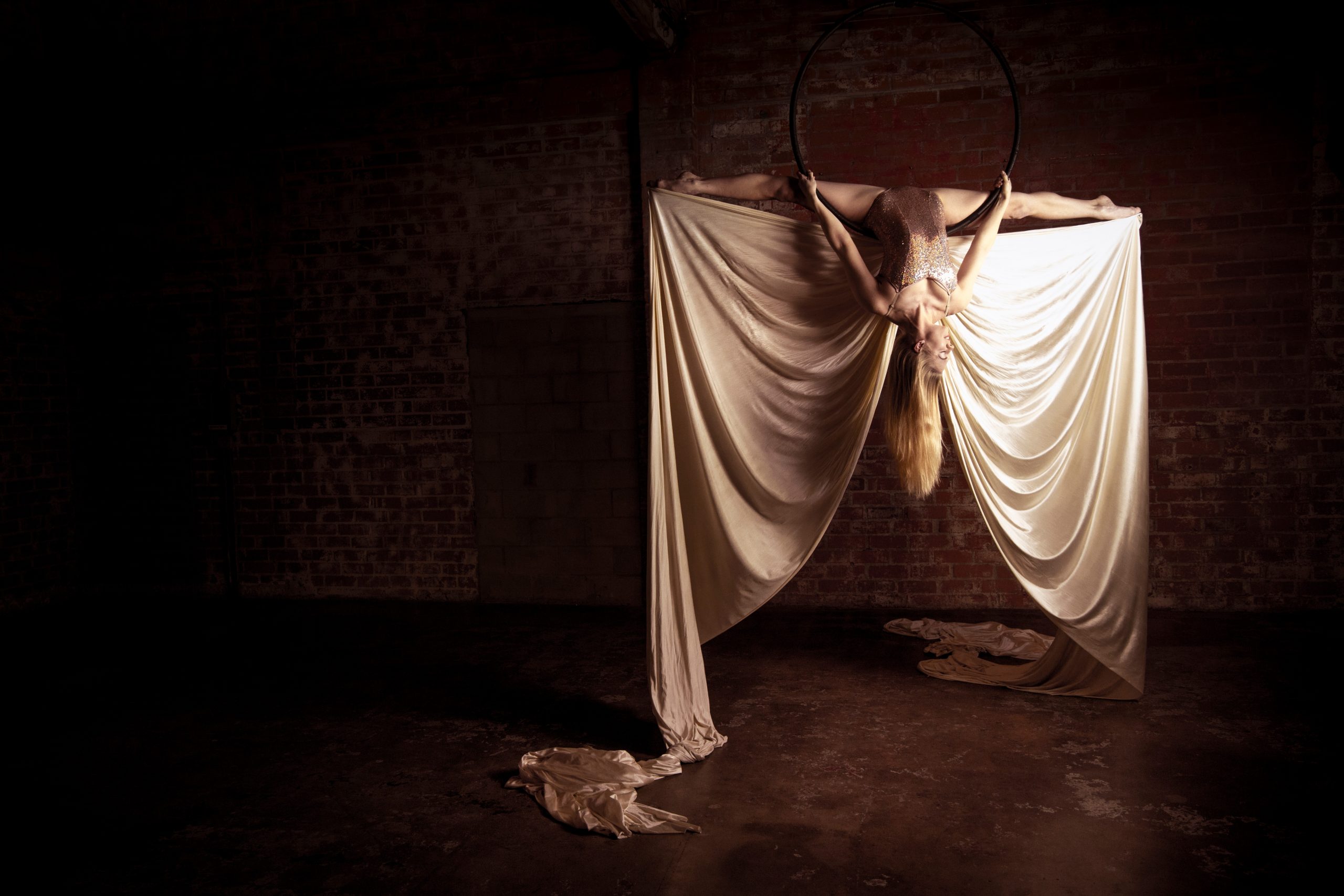 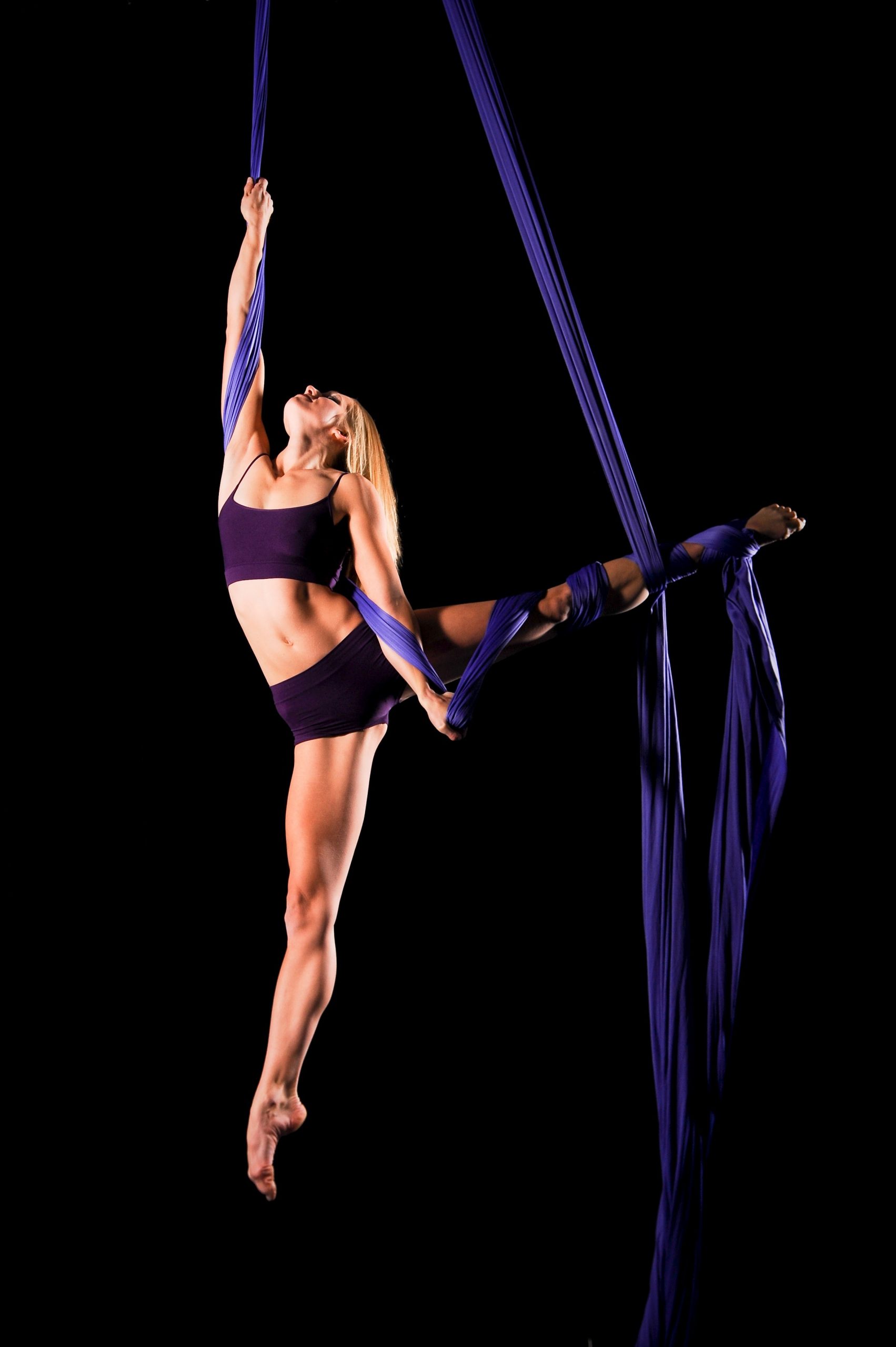 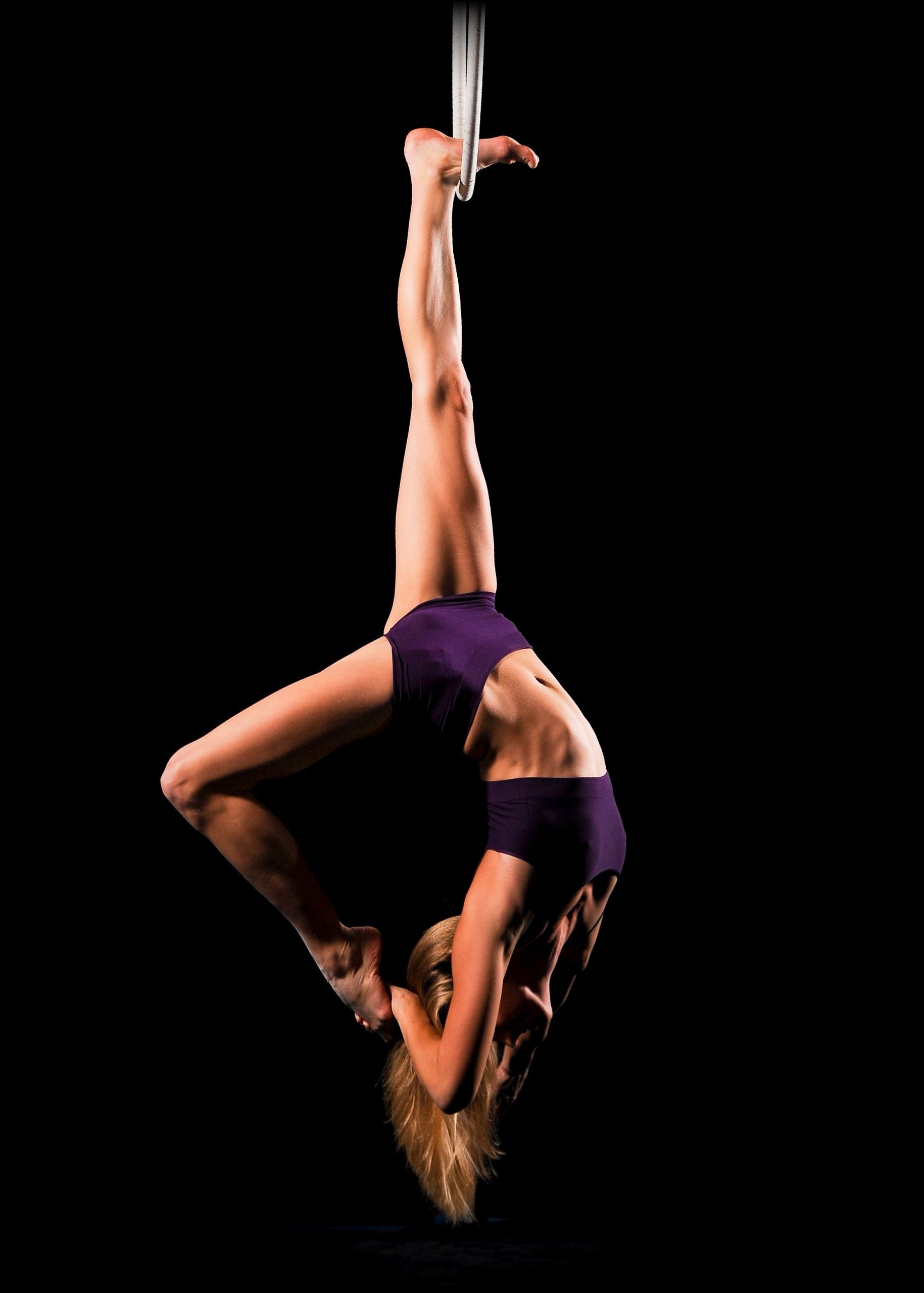