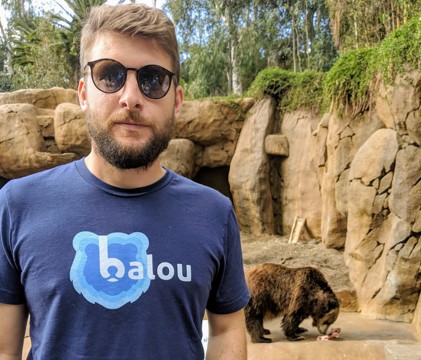 Today we’d like to introduce you to Adrien Cirou.

So, before we jump into specific questions about the business, why don’t you give us some details about you and your story.
I am originally from France and moved 13 years ago to Encinitas. Funny story, since a very young age, I have been calling my French grandmother “Balou” originating from the Jungle Book. I am not saying she looks like a bear, but she does have the character’s personality and loves food. She is 92 years old this year and always told myself that if I ever started a company, I would name it after her nickname.

Prior to starting Balou, I did  online marketing and trade show planning for a mobile health tech company based in Del Mar. I attended numerous events during that time. I was shocked to see the amount of amazing prizes and giveaways handed out by exhibitors which did not get the desired traction due to attendee unawareness.

As an example, while attending a large health tech conference, I found a small exhibitor tucked in the corner of a large hall raffling off a beautiful motorcycle. I asked them if a large number of entries were submitted, to my surprise, they responded that was not the case at all blaming their bad location and lack of marketing budget to promote the prize.

At that moment, it clicked that I needed to find a way to help these smaller exhibitors, spending a lot of money on giveaways, get more foot traffic to their booth. A year later, we launched Balou.

Overall, has it been relatively smooth? If not, what were some of the struggles along the way?
Definitely not a smooth road, but the small daily victories and accomplishments overshadow the struggles/disappointments.

The biggest challenge has been learning about patience and not trying to cut corners. I realized that it is more important to wait and release an app that works well than being too quick to market and risking it to crash.

The outreach to both show attendees and show organizers or exhibitors has also been arduous. If the app does not have downloads, exhibitors wouldn’t want to sign up and vice versa. The two are very intertwined.

Alright – so let’s talk business. Tell us about Balou – what should we know?
The mission for us is to level the playing field for all exhibitors regardless of booth location and company size.

Balou is an innovative new mobile marketing tool designed to help exhibitors engage a wider conference audience by allowing them to showcase on our app (downloaded by attendees) all their giveaways. It ranges from simple swag, food samples, to much larger prizes. As long as it is free, we display it.

Balou can not only bridge the awareness gap between attendees and exhibitors, by allowing them to showcase their giveaways but also offer a simple and effective attendee engagement tool for show organizers to utilize.

The feedback so far has been amazing. App users love the fact that they can see all the free stuff given out at shows. We also have a reminder functionality so that they don’t forget, for example, a drawing time. Let’s be honest, who doesn’t like free stuff!

On the exhibitors’ side, they really see the value of the platform and how it can drive more foot traffic to their booth. They spend a lot of money on their booth, giveaways, travel, and accommodations so having a positive ROI is key.

Finally, show organizers are always looking for new ways to engage attendees and please their exhibitors, so a tool like Balou is really a great solution.

Any shoutouts? Who else deserves credit in this story – who has played a meaningful role?
There are many people that have helped me bring this idea into reality which I am beyond grateful for. To start, I have an amazing business partner who is vital in the development of the application and constantly comes up with new and creative ideas to make the app better.

I also have an awesome team member who built a user-friendly web portal for companies to upload their giveaways. My very talented wife as well played a major role in the development of the business. She created the design, user experience (UX), and user interface (UI) of the platform.

Overall, my family (some being seed investors) and friends are very supportive and proud that I took the entrepreneurial leap. 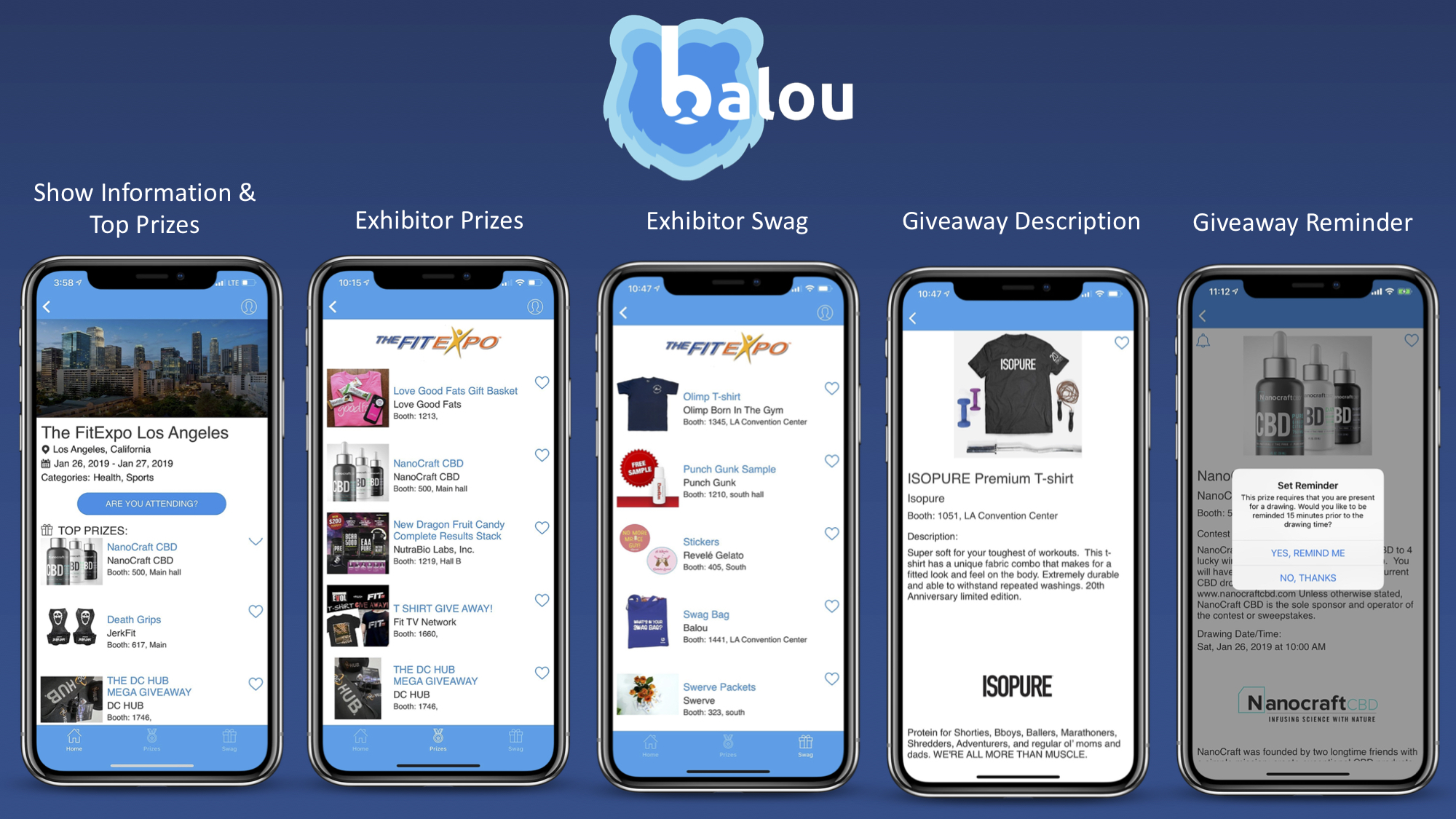 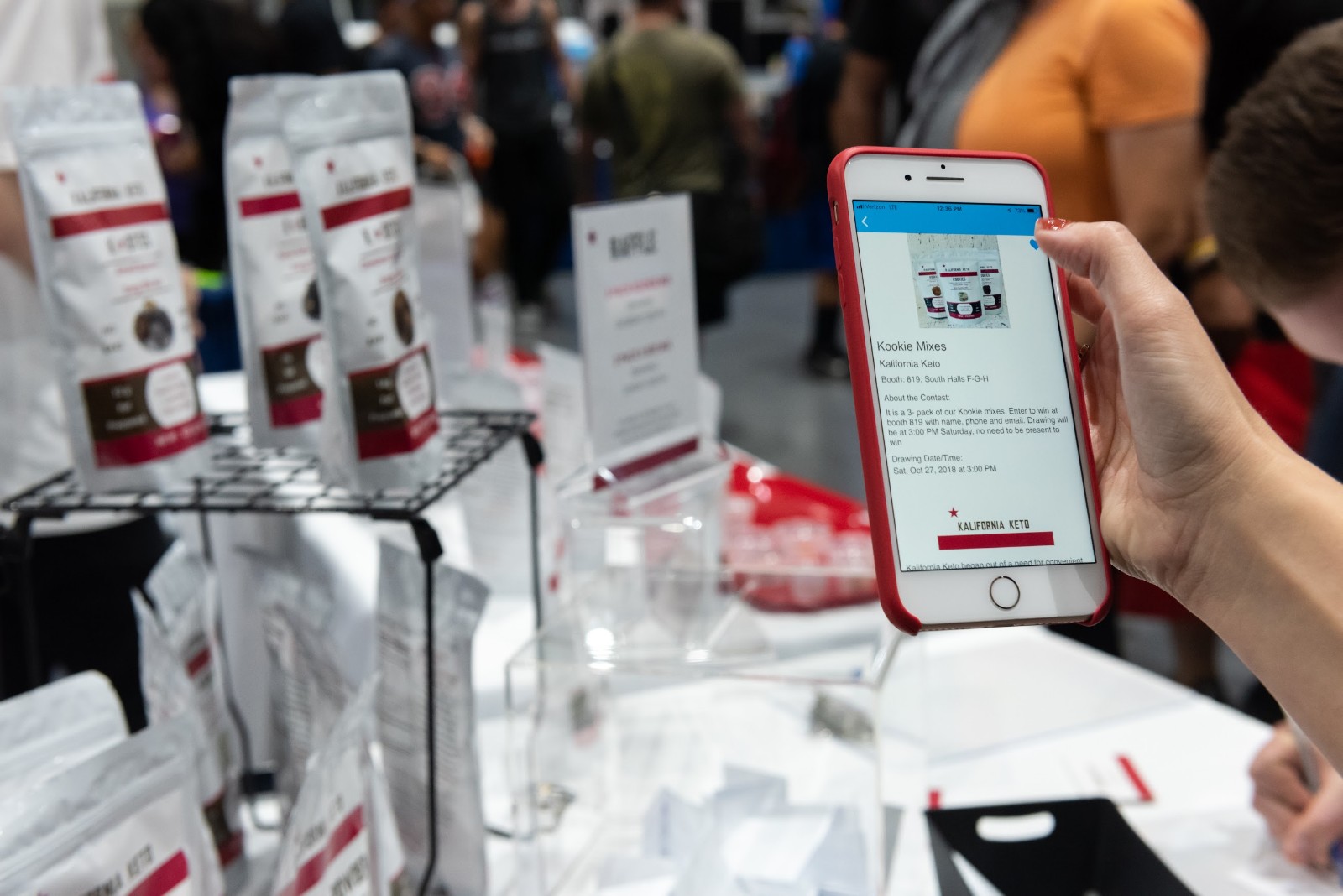 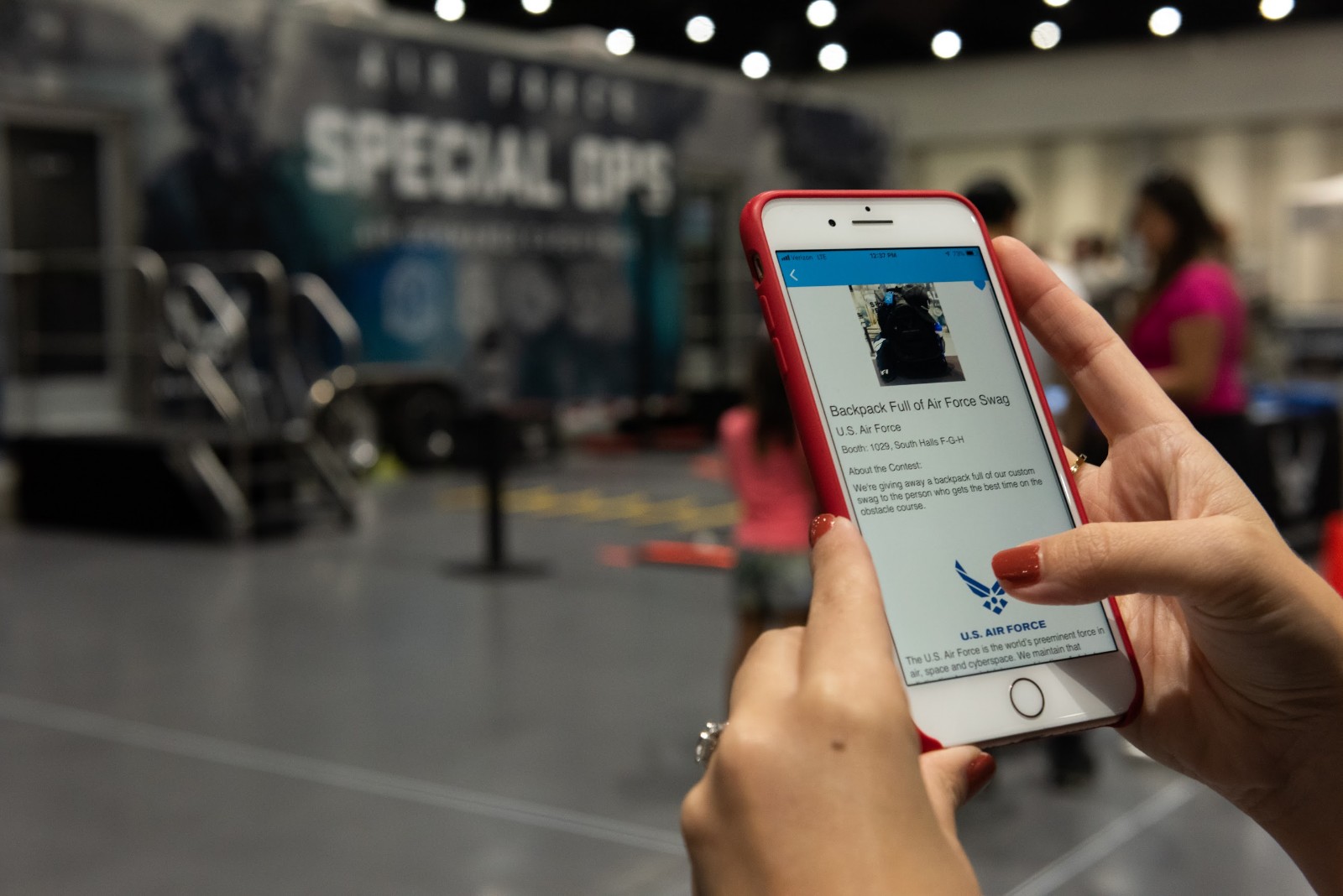 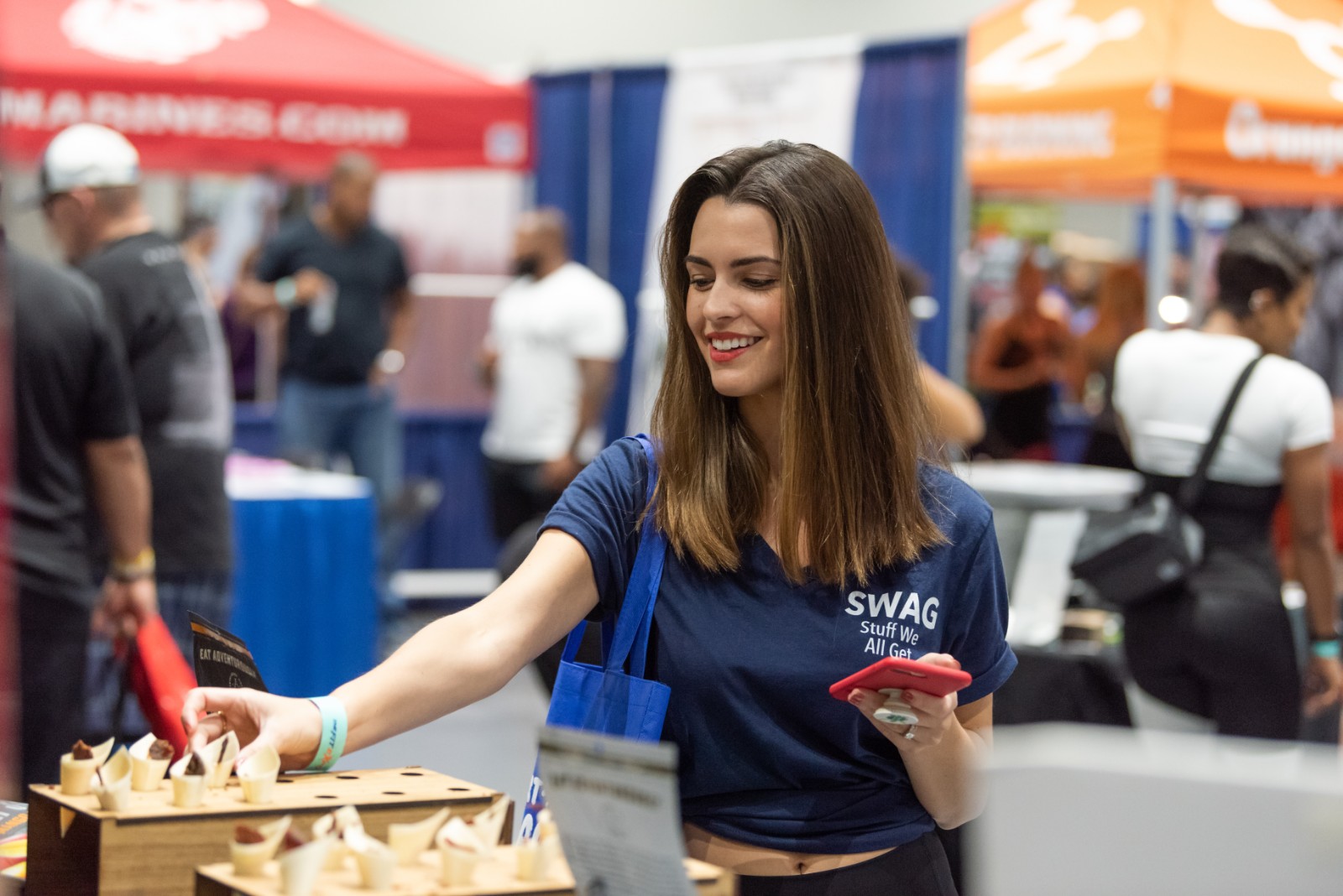