Today we’d like to introduce you to Aimee Cebulski.

So, before we jump into specific questions about the business, why don’t you give us some details about you and your story.
A few years ago, I traveled to California’s wine country to celebrate a dear friend’s arrival at the big 4-0. It was a festive and celebratory weekend, complete with endless toasting the fact that age is just a number.

On the return voyage home, our group discussed my pending arrival at 40; I was next on the list to join the club. All my friends knew of my love of traveling and wanted to know what trip I would take to celebrate my milestone.

After thinking on my options for a while, I came to the conclusion that it would be much more interesting to see what 40 meant to other women, in other parts of the world; was it just a number? My favorite souvenir from every trip I have ever taken is a glimpse into other people’s lives, an appreciation for how diverse this world really is.

I decided my 40th would not be about me, but rather a celebration of all the women out there, all facing their own challenges as we mark this milestone in our lives. For two years, I traveled whenever possible, interviewing as many women as I could, all marking the big 4-0 like I was. The compilation of their stories came together in a book I called The Finding 40 Project (www.finding40.net).

The project started just as a blog, documenting the travels and photos of women I met along the way. In the end, I interviewed and photographed more than 30 women in 10 different countries, all just turned or about to turn 40.

It’s a diverse set of professional women, stay at home moms, entrepreneurs and even those living in tiny villages far from major cities. Several became mothers later in life; one even marries at 40 and is expecting her first child just after turning 41.

No matter what their situation, many were seeking ways to live their best life and be happy and content at 40. After all the interviews and sorting through thousands of photographs, what did I learn from the project?

Be grateful for your health: Women interviewed in poorer countries or those struggling to make ends meet constantly stressed the value in being able to function physically and where possible have control over your own reproductive destiny.

Roll with the punches: Many of my interviewees never thought they would be mothers and oftentimes motherhood came by accident — However, everyone universally said that it was a great addition to their lives and they felt blessed that their life took this path.

Be true to yourself: Some women, who have chosen not to have children yet or are thinking about not having any at all, struggle with societal pressure, especially in heavily Catholic countries and urge others to follow their own heart when it comes to what they really want.

Everyone worries about money, they just do it in different ways: Economic pressures are a key factor for many women who might already have one child or more and at 40 are thinking about becoming pregnant again — the effect of more children after 40 can have a higher impact on things like retirement planning or resource allocation in developing countries than it might for younger mothers. Whether you have a lot of money and need to think about how to keep it or almost none at all and need to find some, everyone worries about money.

Where you are born matters: As a female, much of your destiny is determined by the place on the map you call home. Despite all our problems and challenges, I personally feel being born as a woman in the United States is like winning the birth lottery. We may have equality and discrimination issues, but our access to education, healthcare and freedom truly cannot be understated.

The entire process was fascinating, inspiring and humbling. I had the opportunity to talk to women like Mala in India, who found out she was HIV positive at age 30 after her husband died of AIDS; she’s now finding 40, trying to live long enough to see her two children finish school and move on with families of their own.

Natalie Morales of “The Today Show” taught me that no matter what your career, social status or celebrity, women are just trying to do the best they can. She shared a story of trying to educate her children about the fact that not everyone in the world has it as good as they do, and it wasn’t until a beggar asked for her son’s half-eaten pizza crust in South America that he realized that some people are so hungry, they will eat trash from another person’s plate.

Nuria in Pakistan humbled me. In a country where women are often marginalized, this ex-attorney turned human rights advocate managed to organize thousands of her fellow citizens to protest the Taliban’s presence in her country and developed an education program that sends hundreds of girls to school. My volunteer efforts at the local walk-a-thon seemed completely weak next to hers.

It’s been a thrill to be able to do some good with this project as well. I’ve been able to partner with Project Concern International (PCI Global) and am donating a portion of all proceeds to support their women’s health and empowerment initiatives worldwide.

Encountering women like Rosa Elena in Ecuador, who had to check her identity card to verify if she really was 40, made me realize my friends back home were right all along. It really is just a number.

A lifelong traveler who has visited 56 countries, Aimee Cebulski works as a freelance travel writer, blogger and publicist in Solana Beach, California. The Finding 40 Project (www.finding40.net) combines her passion for telling stories through photos and sharing lessons learned from those she has met around the world.

We’re always bombarded by how great it is to pursue your passion, etc. – but we’ve spoken with enough people to know that it’s not always easy. Overall, would you say things have been easy for you?
The biggest challenge of the logistics of traveling to some fairly remote places; however, once I got there, I found women eager and happy to open up and share their stories of “Finding 40.”

So, as you know, we’re impressed with aim communications – tell our readers more, for example, what you’re most proud of as a company and what sets you apart from others.
I am a freelance writer, travel blogger and publicist in Solana Beach — This July will be the 20th anniversary of my business and the thing I am most proud of (and what has set me apart I believe) is the ability to develop long-lasting, personal relationships with my clients and editors, resulting in quality work that really meets the client’s objectives.

So, what’s next? Any big plans?
Continuing to write and travel — Looking for my next adventure! 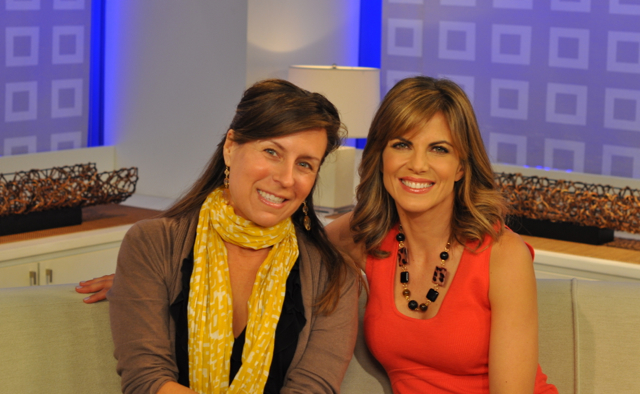 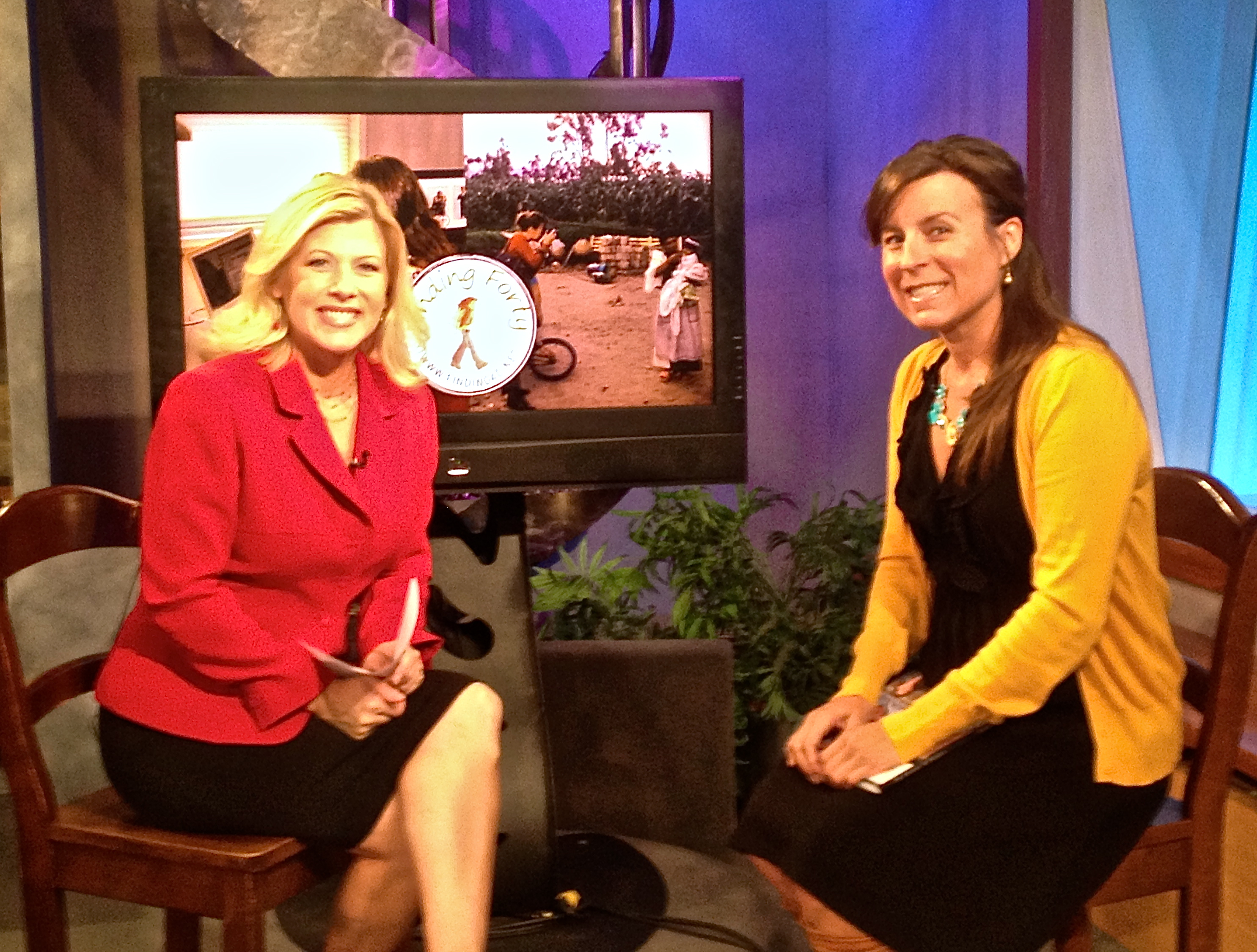 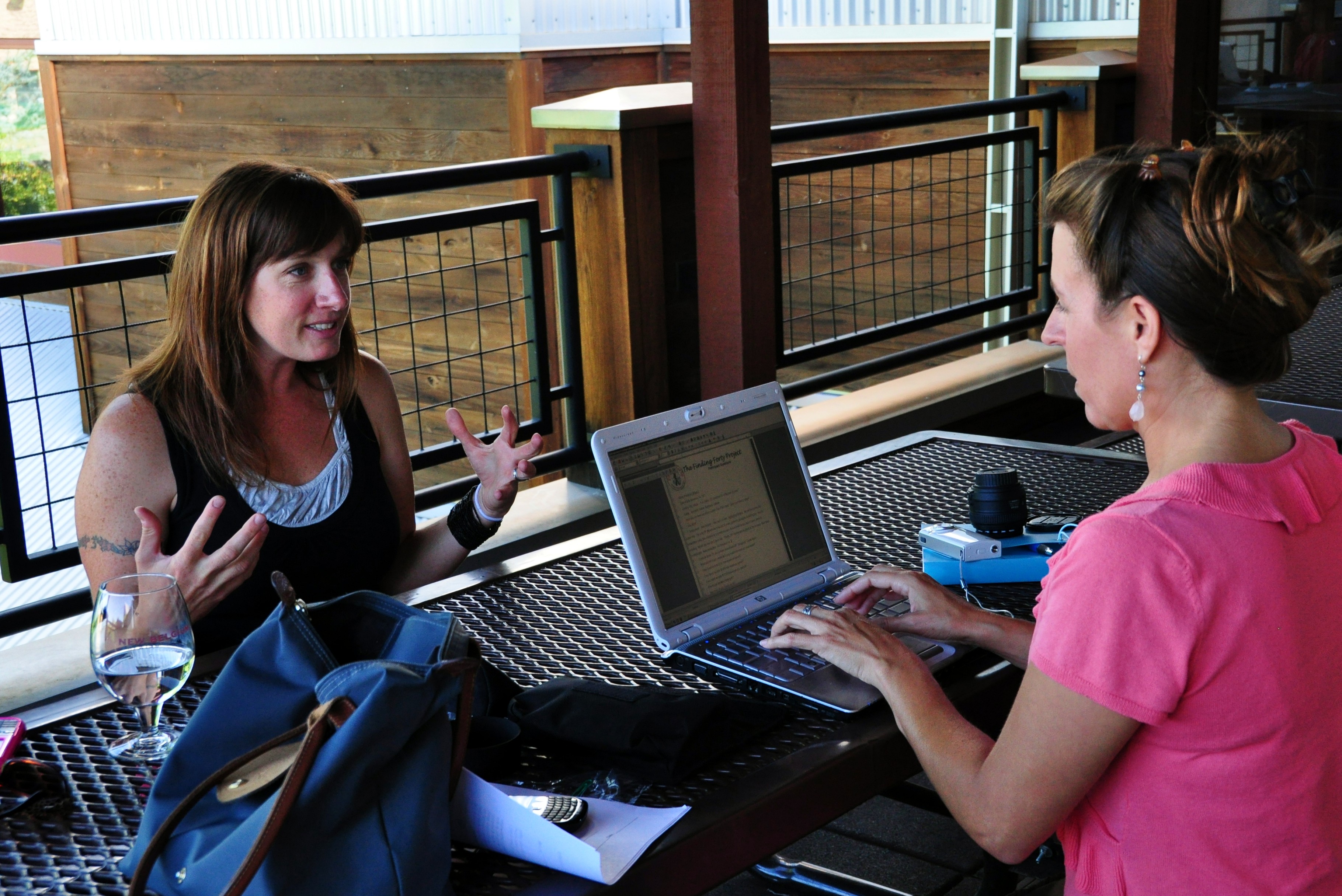 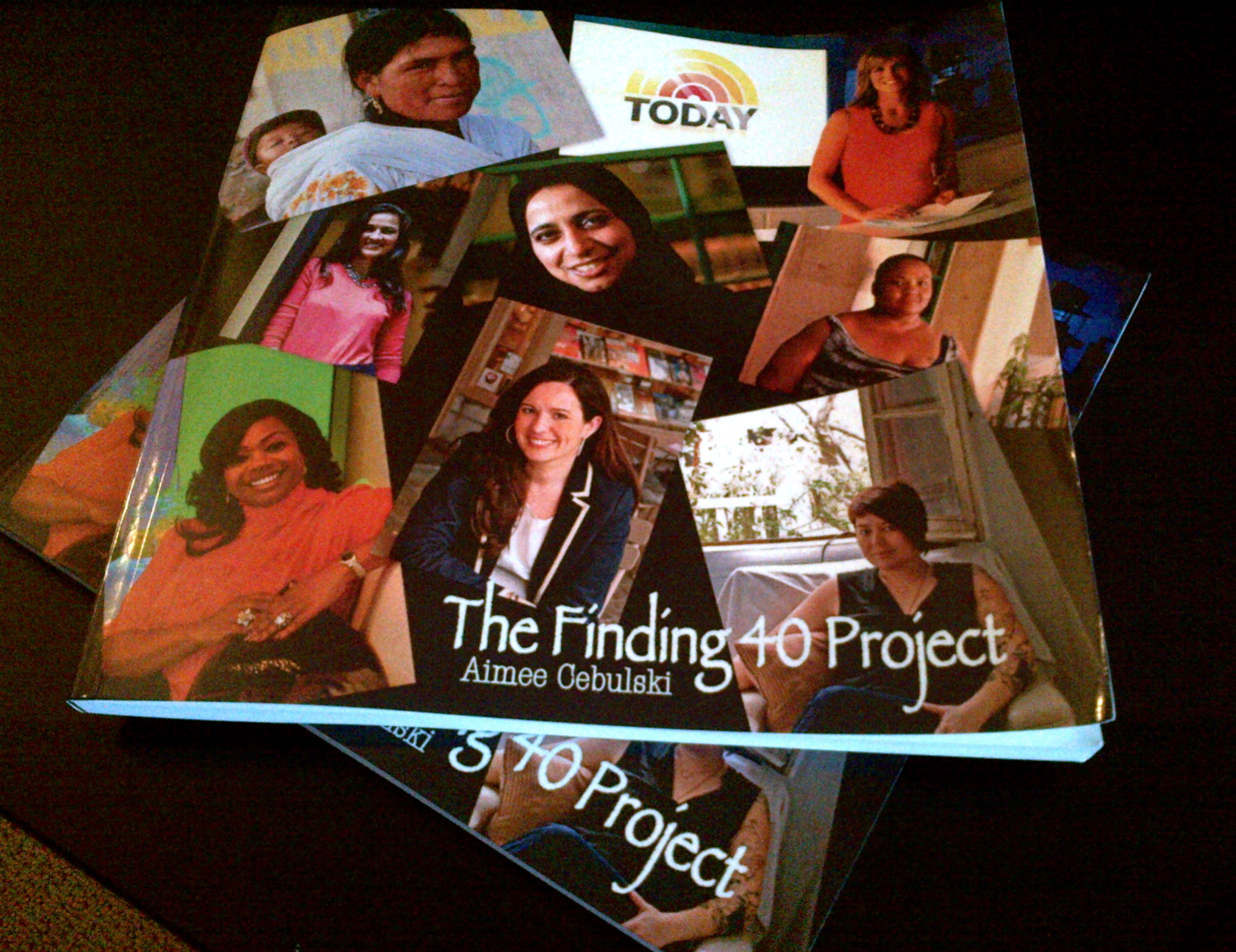 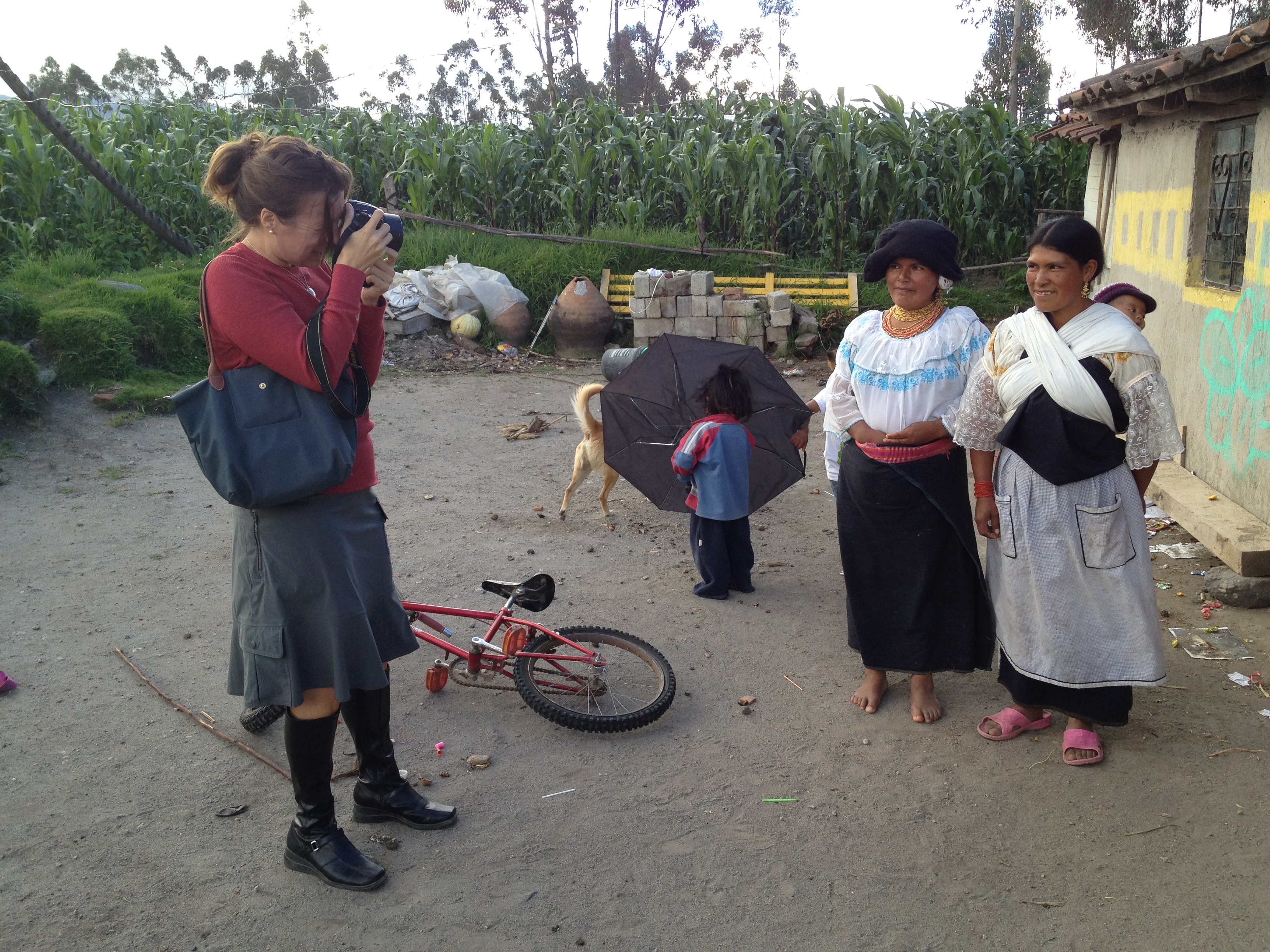