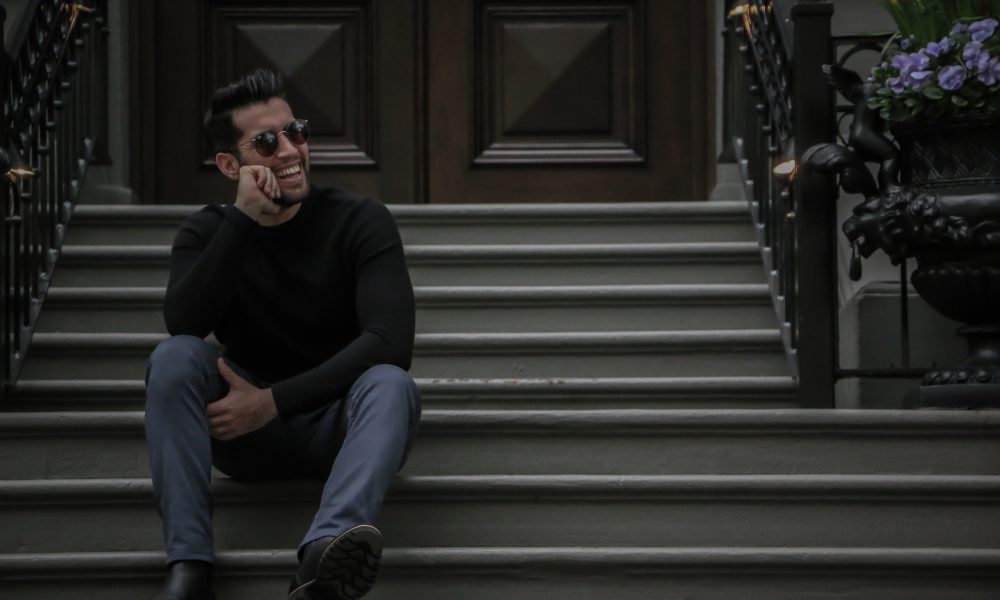 Today we’d like to introduce you to Alonso Moreno.

Alonso, can you briefly walk us through your story – how you started and how you got to where you are today.
I would like to talk about my musical journey as a road of passion and fortunate events. Why this way? Because there has been a total passion and love for music since I started my journey, that has been pushing me always to keep moving forward. If I sum up my life as a child/teenager, I could describe it in three words: school and soccer. There was just a little time for anything else like music. However, I always had a strong connection with music since I can remember, I partly get it from my dad who’s a great non-professional guitar player and singer. Long story short, I was afraid of singing in front of people and it was until I was 18 yrs old that I took the courage to sing in front of a little audience of 10 in a karaoke place in Tijuana and that’s when the fun began. That same night I was fortunate to come across professional singer and well-known radio host. The first one came to my table to introduce himself and invite me to open his next concert, the other one invited me to record some songs. From now, I guess you can imagine the polite but big “no” I said to both, explaining that I don’t do music and I was still afraid to sing in front of people. The singer said, “ok, no worries, take your time but here’s my card in case you change your mind… just call me and I’ll will coach you and prepare you”. On the other hand, the radio host told me, “no worries, you’ll do great… here’s is my card and let me know if you are interested in working together in the future”.

A couple of weeks later, I decided to face my fear of singing in front of people, so I decided to call the singer. I asked him to coach and prepared me to open his concert… and that’s when my musical journey really began in the spring of 2010. We were supposed to prepare 3 to 4 songs for me to open but after the third lesson, he told me his concert was canceled but I could have my own little concert at his house just for my family and closest friends in order to lose my stage freight… I accepted the challenge! During this time, I was the captain of my high school’s varsity soccer team at Mater Dei (Chula Vista) and my friends didn’t have a clue that I was able to sing… so when they discovered, things started to get bigger and at the end, we needed to move to an event venue/hall where my vocal coach “kicked me on” to the stage for me to perform for the very first time for an audience of 300 hundred people.

A month later, I moved to Monterrey (Mexico) to start my career at Tec de Monterrey where I graduated as an engineer in Business Informatics. During this time, I auditioned for a pop vocal ensemble similar to “Glee” and I was part of it for 2.5 years. After that, I decided to take my own journey in order to find my own sound and project as a soloist. I got the opportunity to move to Australia and be one of the lead voices of the “Salsa Kingz”, the biggest and most recognized Latin band in the country. After a year, I came back to Mexico and a couple of months later, I started the production of my first EP in the genre of big band – pop with one cover and three original songs. As you can guess for the amount of instruments that a big bang includes, it’s not easy nor cheap to produce so we worked on a really low budget album with many sample instruments but with a lot of love, energy and passion. That same year, I released my first EP to all music digital platforms along with a musical video for the cover song “Vamos A Darnos Tiempo” which was written by Alejandro Jaén for one of the most loved and iconic singers in Mexico… Mr. José José. This song has opened many doors; the first door was my August 2016 EP release concert with over 400 people that helped take my songs to local radio stations and to songwriter’s ears.

After listening to my version of his song, Alejandro Jaén asked me to send him more of my songs for him to understand my project better. A couple of months later, I was visiting him at his studio in Miami to talk about my music. It was a privilege for me to be invited to the studio of the multi-awarded Spanish producer and songwriter who was worked with many renowned artists and Grammy award winners such a Marc Anthony, José José, Alejandro Fernandez and many more. I felt blessed and happy for this achievement plus, he then offered to produce and write original songs for my next album!!! I was thrilled but at the same time, it was a hard day for me because the same day we met for the first time, I was informed that my mom was diagnosed with breast cancer so I really didn´t know how things will go after that. Fortunately, after a year mom was doing great with her treatment and recovering from its disease and this helped me to take other decisions like working on a Christmas show with my Big Band in order to make it a traditional event at the most iconic place in Tijuana “Cecut” (Tijuana Cultural Center). The first concert in December 2017 was a total success sold out for a thousand people and it totally won the heart of the attendees that returned for the second and third year to enjoy my annual Christmas concert that I have been performing for three consecutive years.

Going back to September 2018, Alejandro offered me to join him on a special concert he was going to perform in a Cruise around the Caribbean. I accepted his invitation and that time together help us to reconnect and reconsider the production of my next album which we started at the beginning of 2019 and took us a year to conclude it at March 2020. This new album was a day and night shift from my first one, it challenged me as never before and I’m proud of the work we have accomplished. Sadly for us, the COVID-19 pandemic arrived by the time we wrapped it up so we are now on hold for all this crisis to finish in order to release it as it deserves and I can guarantee all my followers that they will be thrilled with what we have produced for them!!!

We’re always bombarded by how great it is to pursue your passion, etc – but we’ve spoken with enough people to know that it’s not always easy. Overall, would you say things have been easy for you?
Like everything in life, it has its ups & downs, it’s a lot of hard work… but this is exactly what keeps me motivated! It hasn’t always been a smooth journey but still a fun & exciting one. As an independent artist, you need to work a lot, always keep yourself motivated and make many sacrifices for a very demanding career as it’s music. You share with your audience the very nice moments, concerts with all the lights, stages, and people around you but behind that, there’s a lot of hard work that comes with it.

Can you give our readers some background on your music?
I’m a Big Band – Pop singer who brings the old Big Band sound to the new generations but with a more contemporary proposal mixed with a little pop and funk… remaining always classy and romantic. I believe there is a place for every genre, and it depends on the context… I play with a full 17 piece Big Band perfectly harmonized in order to bring a great musical and showman experience to those special moments we enjoy with our family, friends, or significant other either at a theater/musical venue or on special event or celebration. I’m proud of being able to bring a bilingual and multicultural experience with my Big Band on a musical journey that integrates a Latin and American sound with both original and beloved songs in English and Spanish.

What were you like growing up?
I have always been a very passionate guy in everything I do but my two biggest passions in life have been soccer first and then the big switch to music. I consider myself a very friendly, savvy but humble person, I get very serious in everything I do and like to be totally prepared to perform any task. Friends and family are the most precious thing in my life, and I feel very lucky for the people I have around. 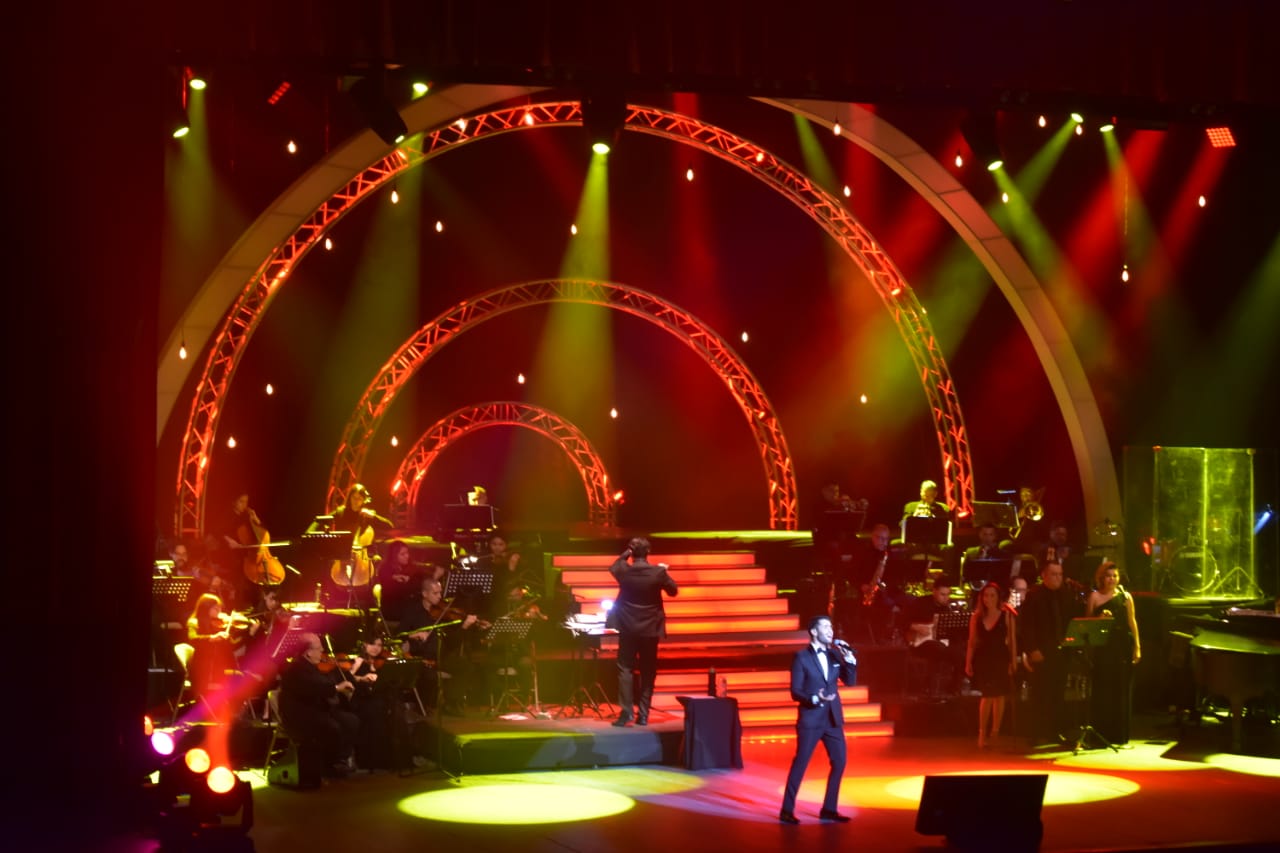 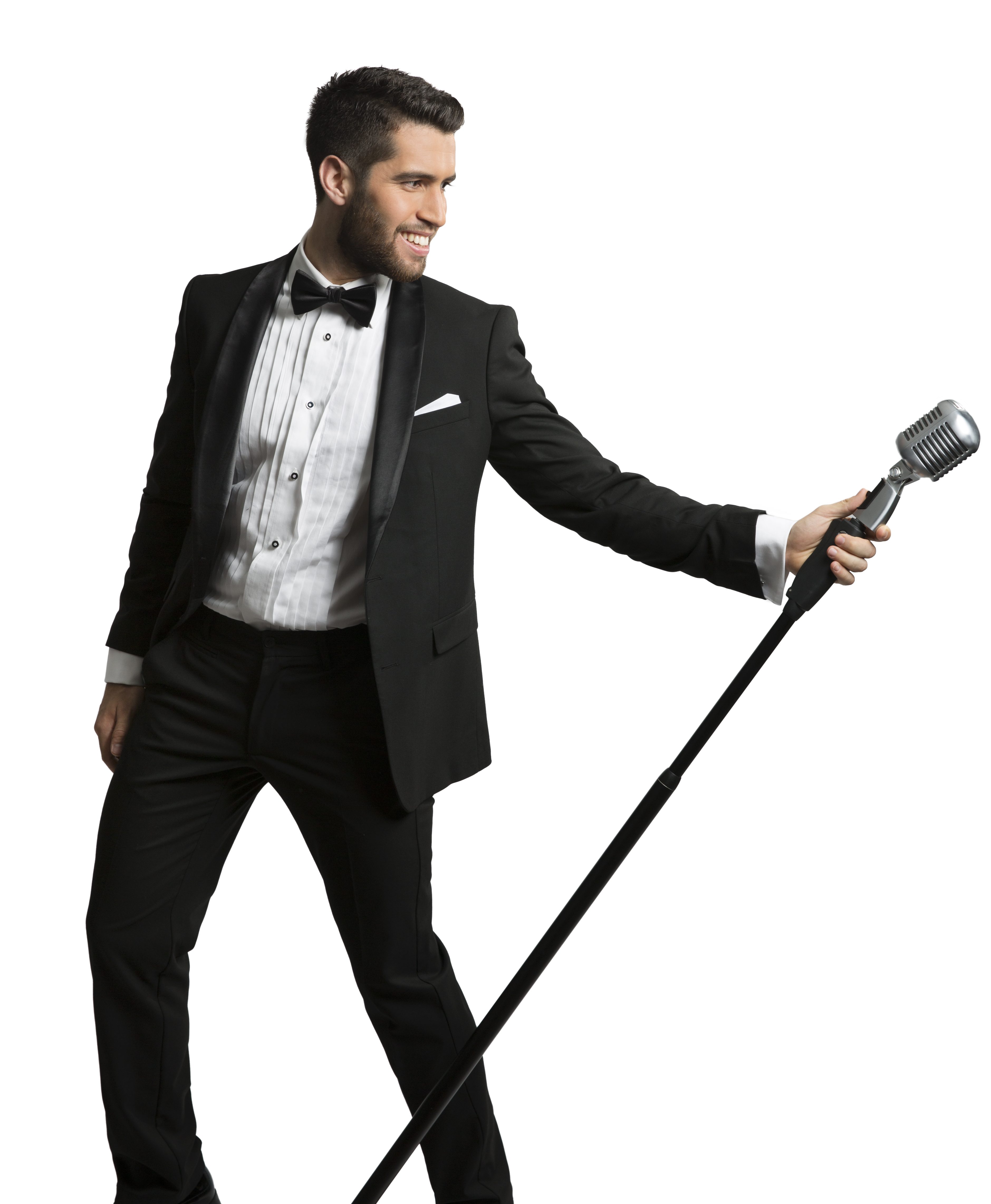 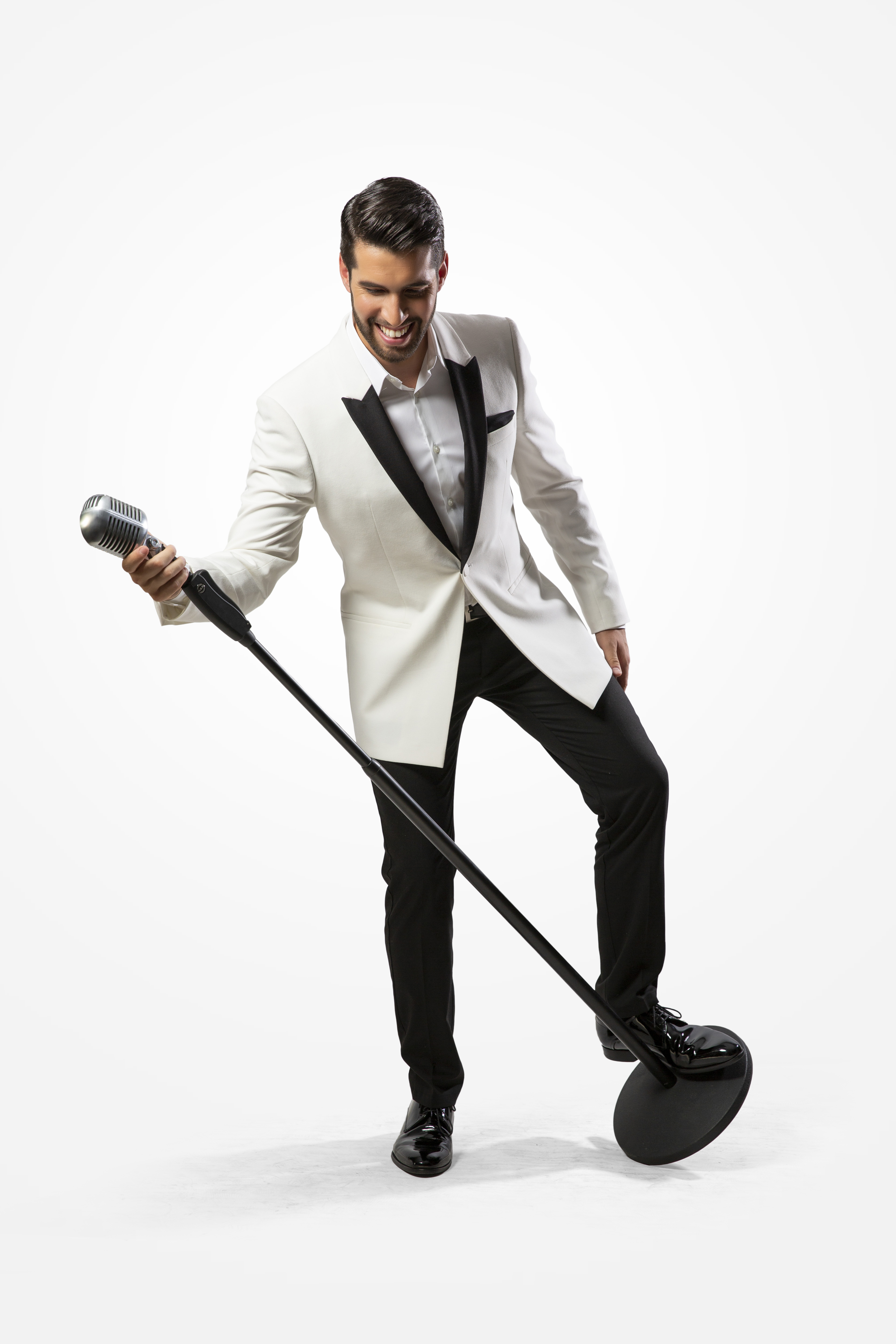 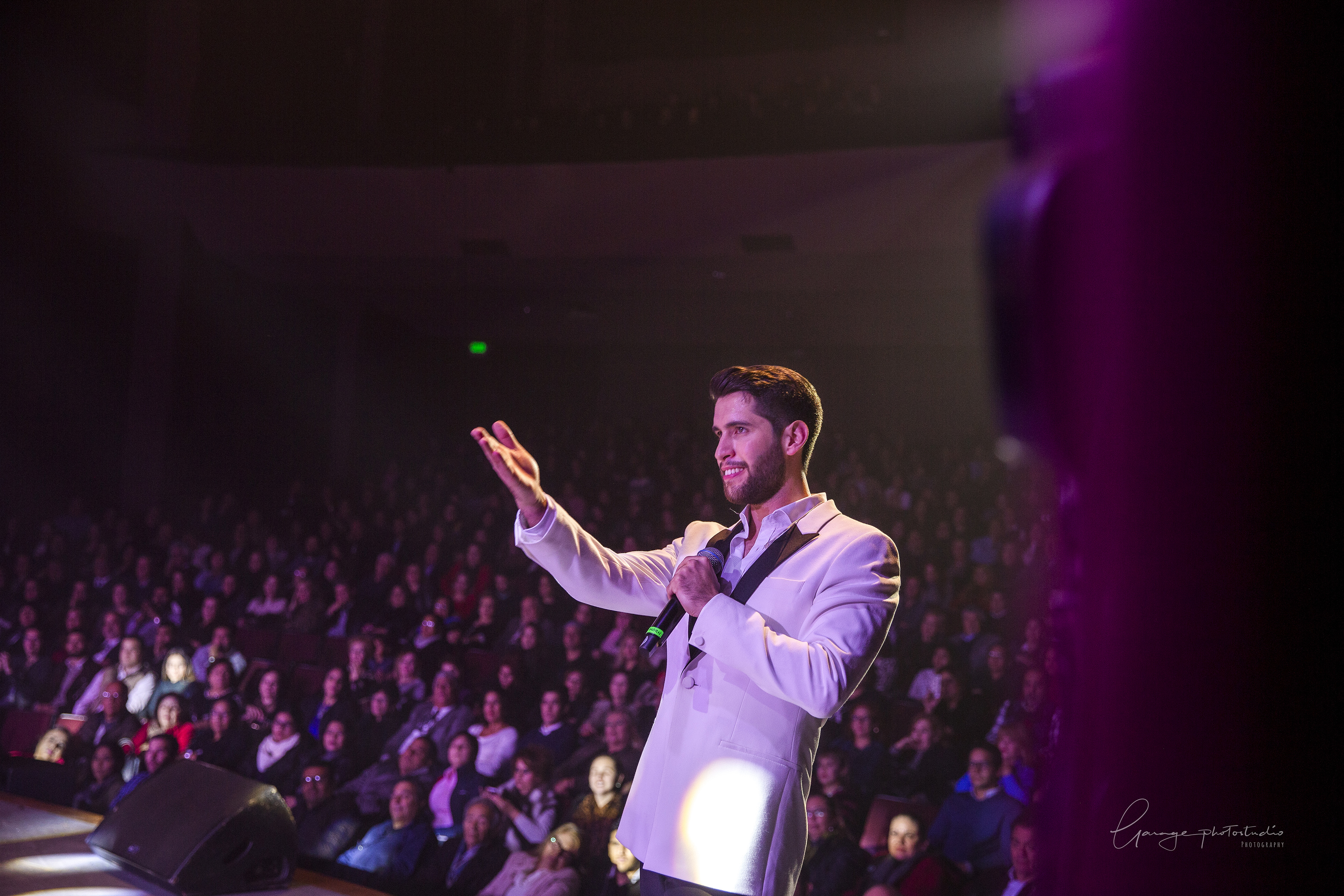 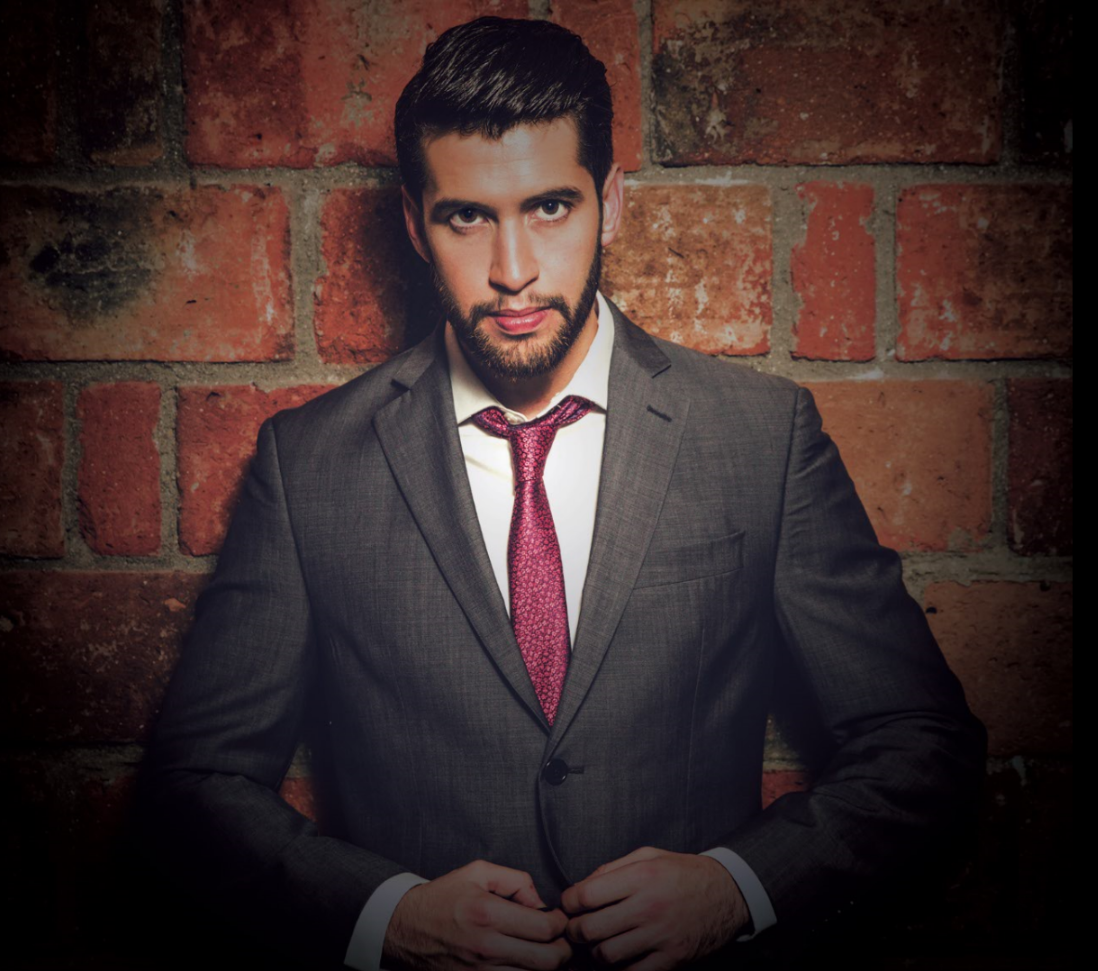 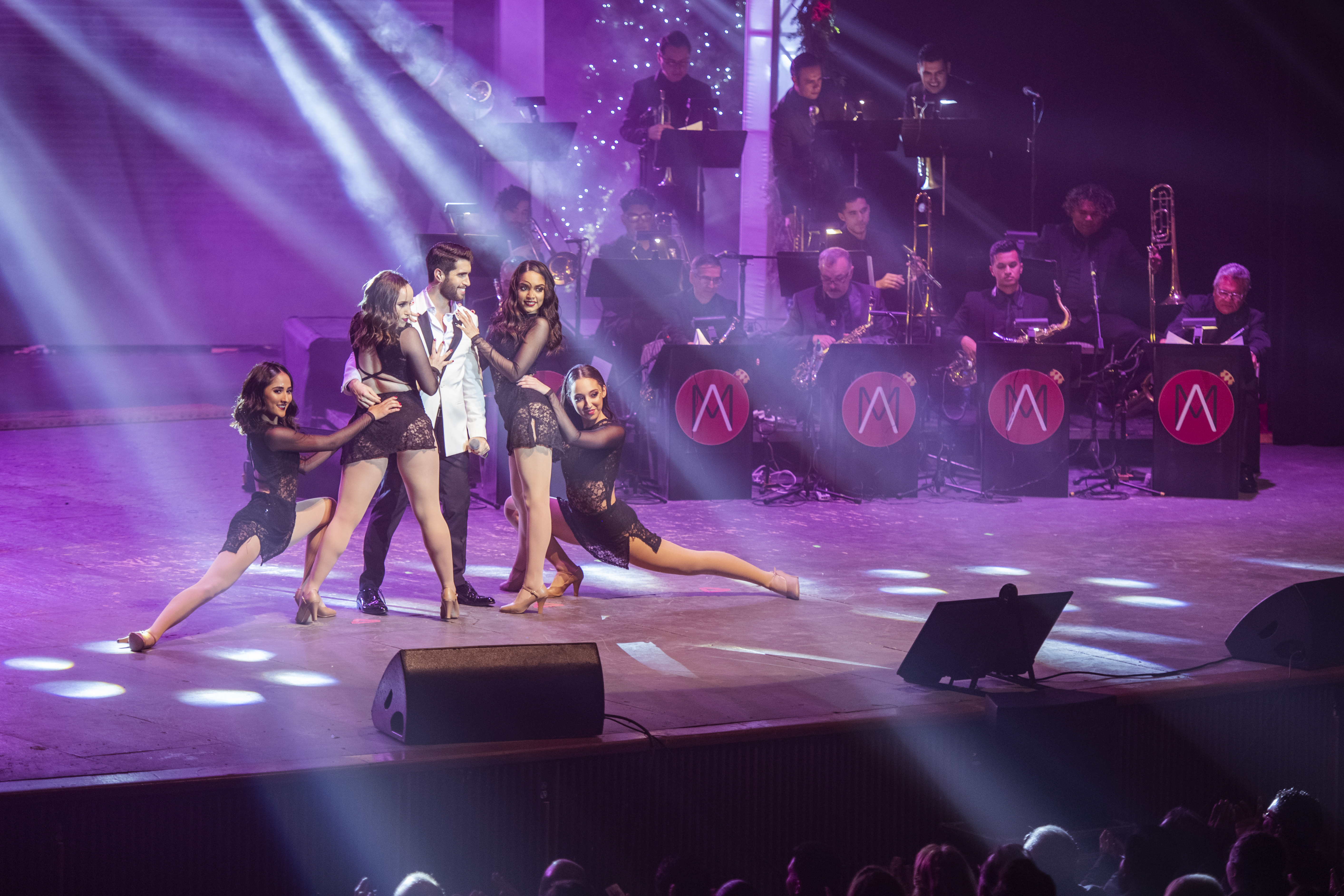