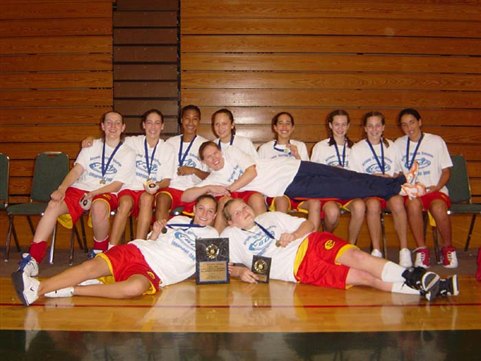 Today we’d like to introduce you to Amy Cleveland.

Amy, can you briefly walk us through your story – how you started and how you got to where you are today.
I grew up in San Diego and went to University City High School where I played basketball, volleyball and softball with basketball being my main sport. I sat out my junior year of high school sports after tearing my anterior cruciate ligament in my knee. With the help of my parents and trainer then and now business partner Tony Allen, I was able to play my senior year and started my senior campaign as 4th leading scorer in the county with 24.7 points per game. I earned all-league honors, team MVP and helped my team to a western league title.

I attended Claremont McKenna College where I continued my career setting 21 individual records including the career scoring record, season scoring record and game scoring record. I also earned Conference Honors all 4 years as well as All American Honors. I was inducted into the Hall of Fame in 2015. I graduated from CMC in graduated in 1995 with a degree in government/legal studies which was supposed to be the precursor to attending law school. I went to work for a law firm in San Diego right after college. I realized after 2 years at the law firm that I didn’t want to be stuck in an office all day and wanted to pursue my basketball passion so I became a teacher and basketball coach at Horizon Middle School and High School. This was my first major coaching experience and I was hooked.

Right after college was the time when the WNBA was just forming as well as the ABL (American Basketball League) and I was training to play in one of those leagues. I went to several assessment and tryout camps for both leagues. I made it through the first 3 cuts of the LA Sparks tryouts and then was cut during the last round. Here I was competing with all these Division 1 athletes and little old me from a Division 3 college was able to compete with them because I was able to execute the fundamentals properly and was a knock down shooter.

All during the time I was working in the law office and at Horizon, I was training to play basketball professionally with the help of my trainer and coach Tony Allen. I met Tony when I was in high school and he helped me rehabilitate my knee. From there he started helping me with my basketball skills. All through college and professionally he continued to train and coach me. We started the semi-pro women’s team with players I had known through my career in San Diego as well as opened up the team to other women looking to continue their careers. This is the genesis of San Diego Sol in 1997. We had a successful stint with a 28-3 record, winning the NWBL Regional Championship and were runners-up in the NWBL National Championships. We beat many teams that on paper had better pedigrees than us largely in part because we played together as a team under the coaching style of Tony Allen.

I went on to play professionally in Germany for two seasons and was the conference’s 3rd leading scorer one of those seasons. During that time, I also coached several youth teams in Germany. My experience abroad was amazing – I was able to play the sport I loved, make a living and travel the world. After two seasons though I was ready to come back to San Diego and start the next chapter of my life. While I was gone, Tony had kept coaching basketball but this time on the youth side and had kept the San Diego Sol name going. When I returned from Germany in 2002 we had an open tryout for girls ages 8-18. From that assessment 8 teams were formed. From there we have grown into the largest youth basketball organization in San Diego hosting 275 plus team leagues, 325 plus team tournaments, camps, clinics and boys and girls’ youth teams all year round. Our home is the 6 court facility in Scripps Ranch on the campus of Alliant International University. In the beginning Tony and I were the only coaches but we have since then added numerous experienced and highly qualified coaches to our staff.

I don’t do a lot of coaching of the kids these days as I am kept busy with the daily operations of running the club. However, I still get out on the court to coach our coaching staff so as to keep us operating as one cohesive unit. What I learned as a player we implement in our club philosophy as it has served me well throughout my career – work hard, train all year round and execute the details and fundamentals.

Has it been a smooth road?
I would say tearing my ACL was a pivotal point in my athletic career. Prior to that everything came pretty easy to me. After losing my ability to play it made me appreciate being able to play even more so. During my recovery and continuing afterwards I developed a strong work ethic that has carried on into my work career.

Another challenge would be people saying we couldn’t operate San Diego Sol successfully. When we started the youth side of San Diego Sol we wanted to be different from the other clubs we saw out there. The clubs where coaches berated and swore at their players. The clubs that cheated with older players playing in younger divisions. The clubs that gave deals and discounts to teams unequally. We committed to operating with integrity and ethically and providing an alternative to what was being offered.

So let’s switch gears a bit and go into the San Diego Sol story. Tell us more about the business.
One of our biggest differentiators is that we teach all ages and abilities. Traditionally club/travel programs only work with the best and most advanced players. At Sol we teach all levels of abilities and skill levels from the beginner to the advanced. We recognize that all players need competent and professional coaching – not just the top players. We have a no cut policy so we are able to find a place for every player.

Also, we are very discerning in who we hire as coaches. Our Coaches not only must possess excellent basketball knowledge but they must also be a quality person that will treat their players with respect.

We are the only club in San Diego that operates our own gym where our players can come at any time during the day to practice their skills extra.

I really take pride when I see one of our players playing on their college team and know that we helped them achieve some of their athletic goals.

How do you think the industry will change over the next decade?
Since we started the youth side of San Diego Sol in 2002, we have seen an explosion of other club programs and organizations. This is a good thing as it allows more children to experience the wonderful sport of basketball.

I do see that kids are specializing in one sport earlier in their careers than normal. Although this can lead to earlier skill development I think it’s important for children to experience many different sports at an early age so they don’t burn out and they can explore all their options. 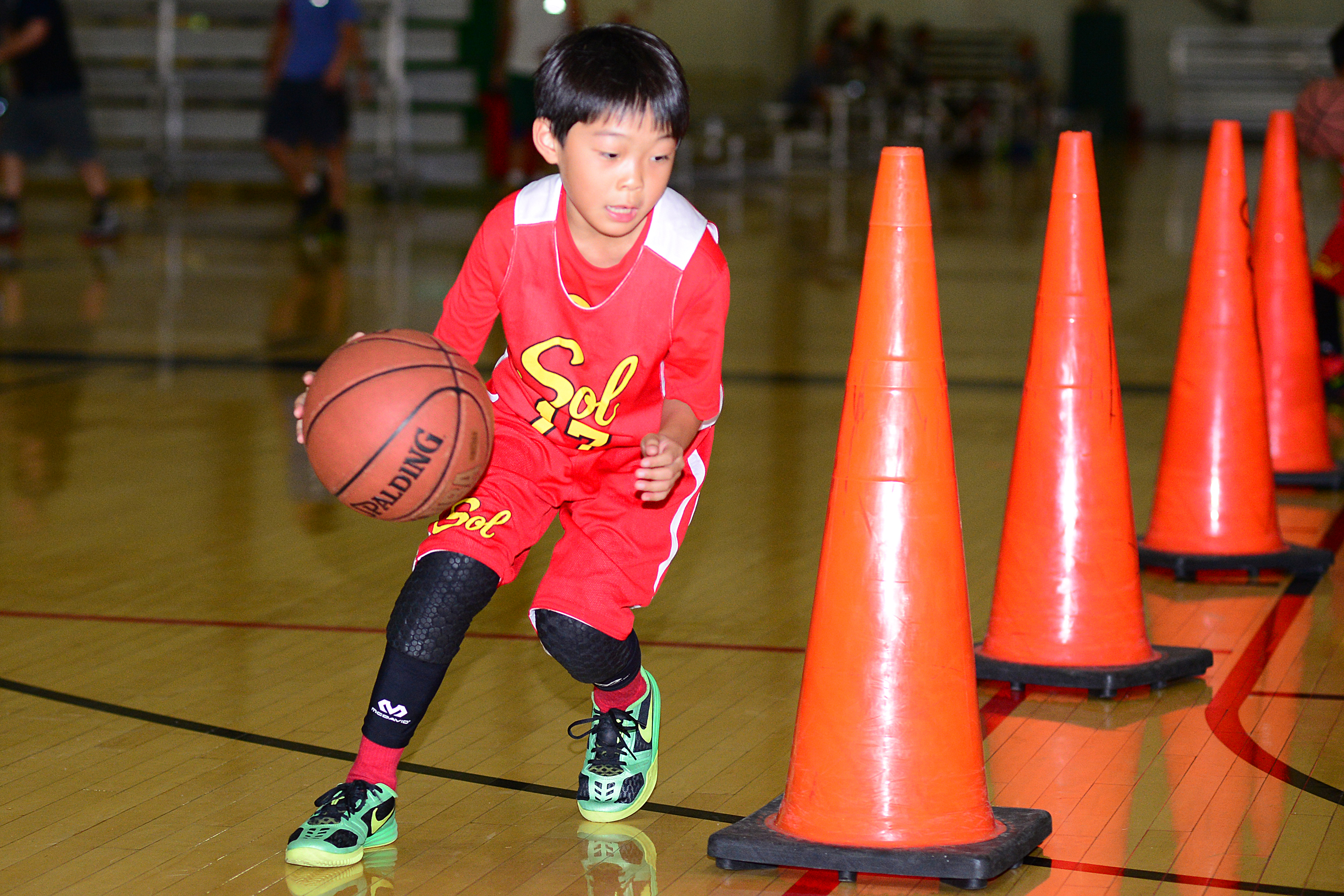 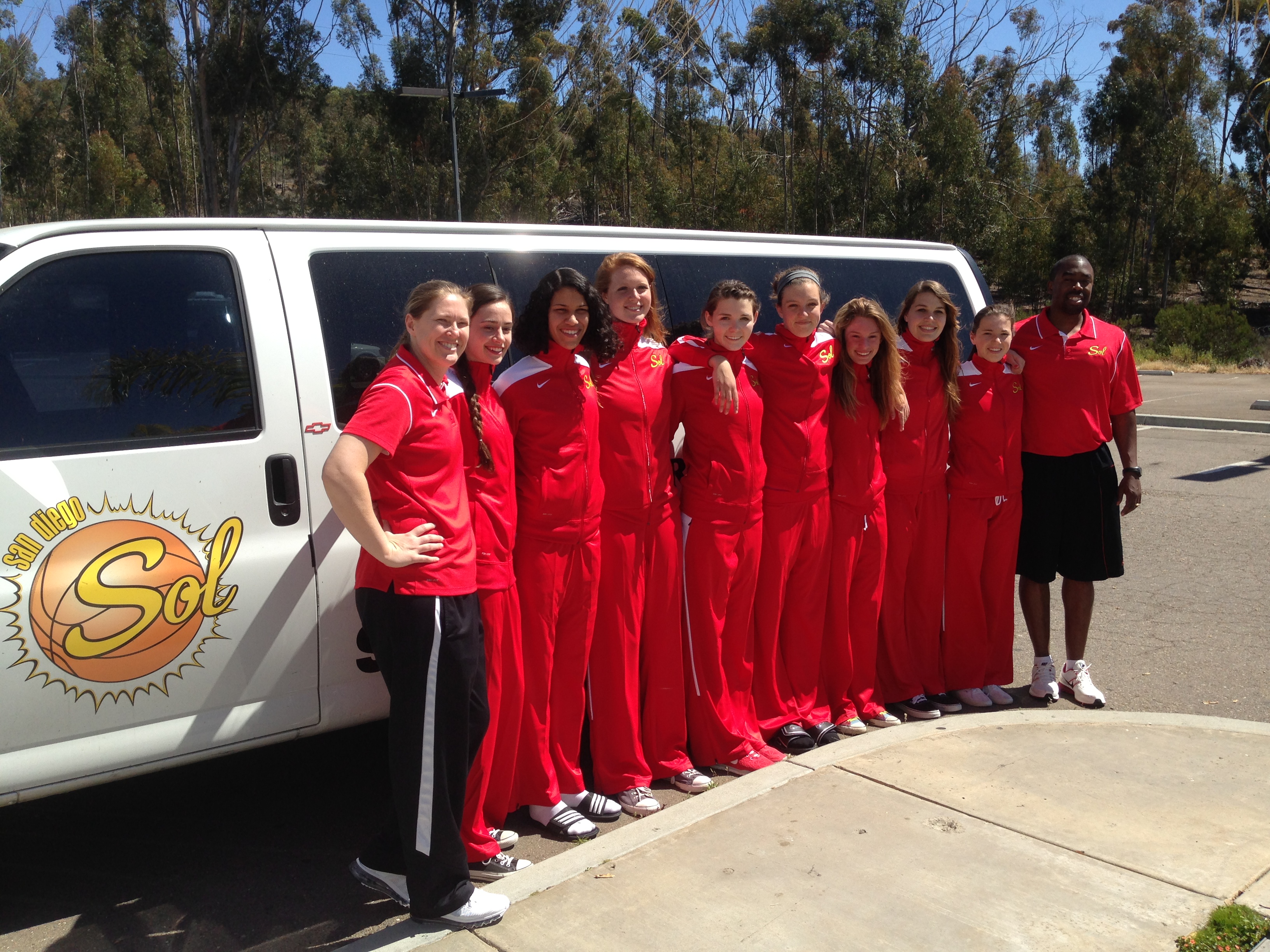 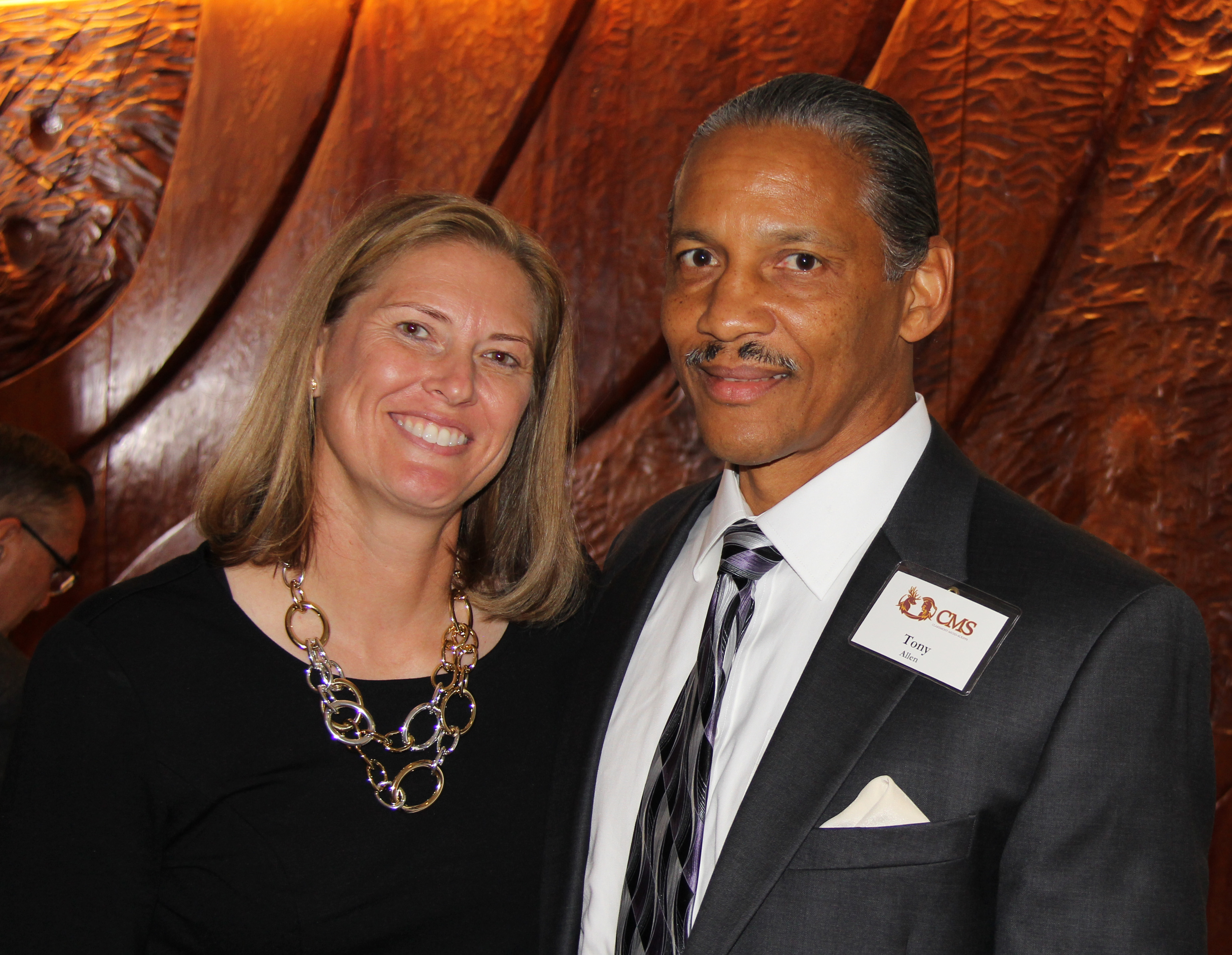 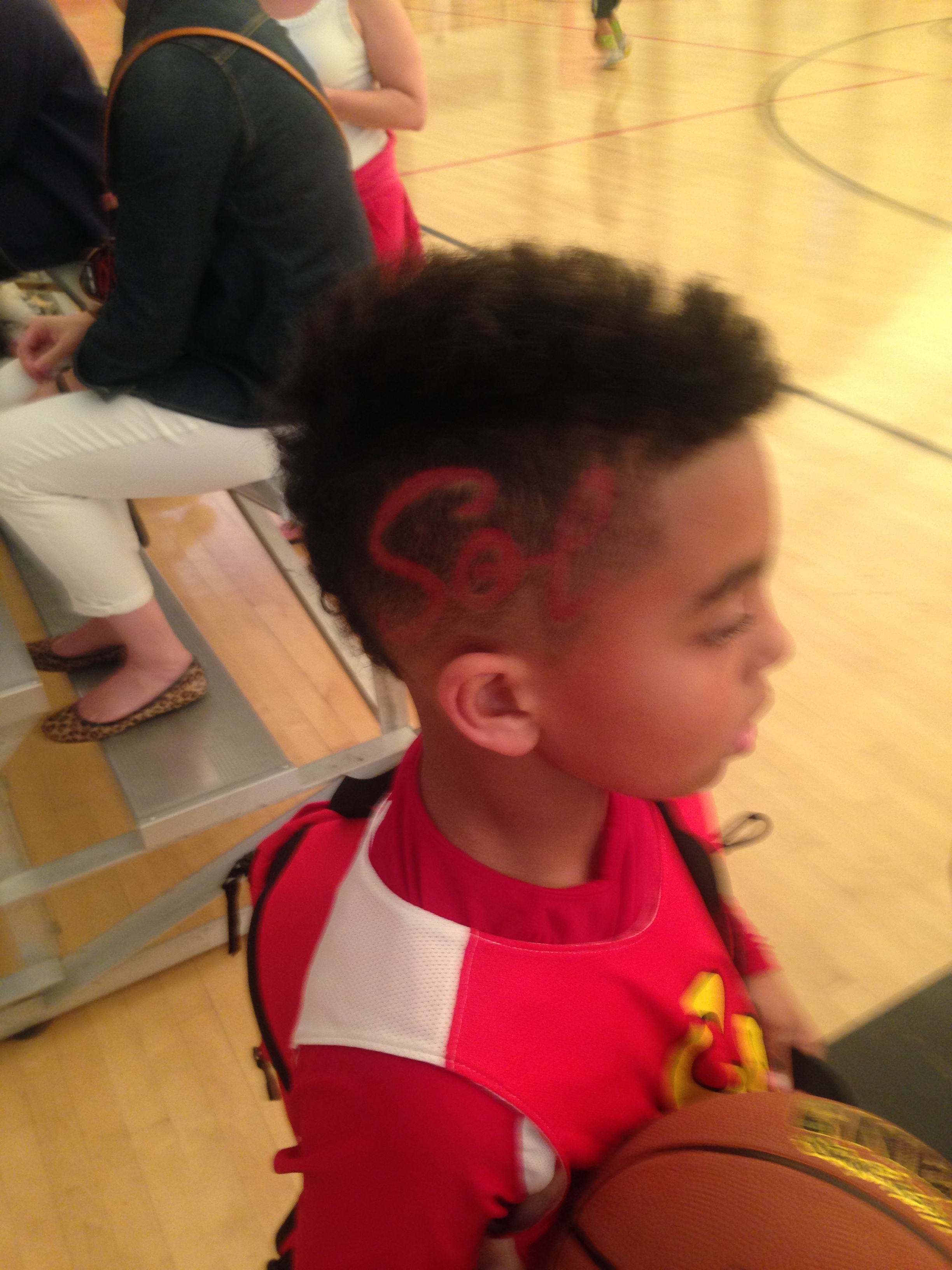 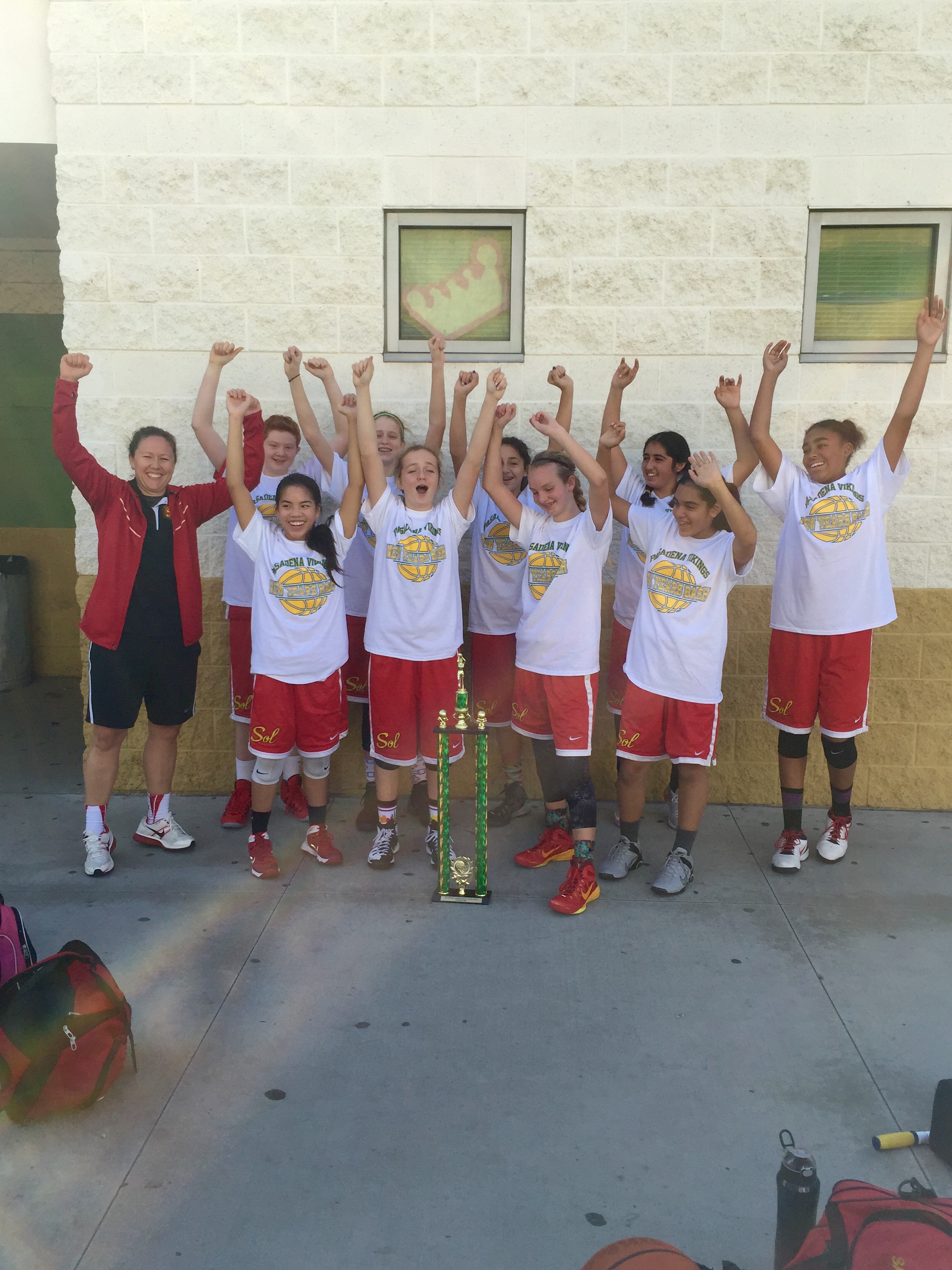 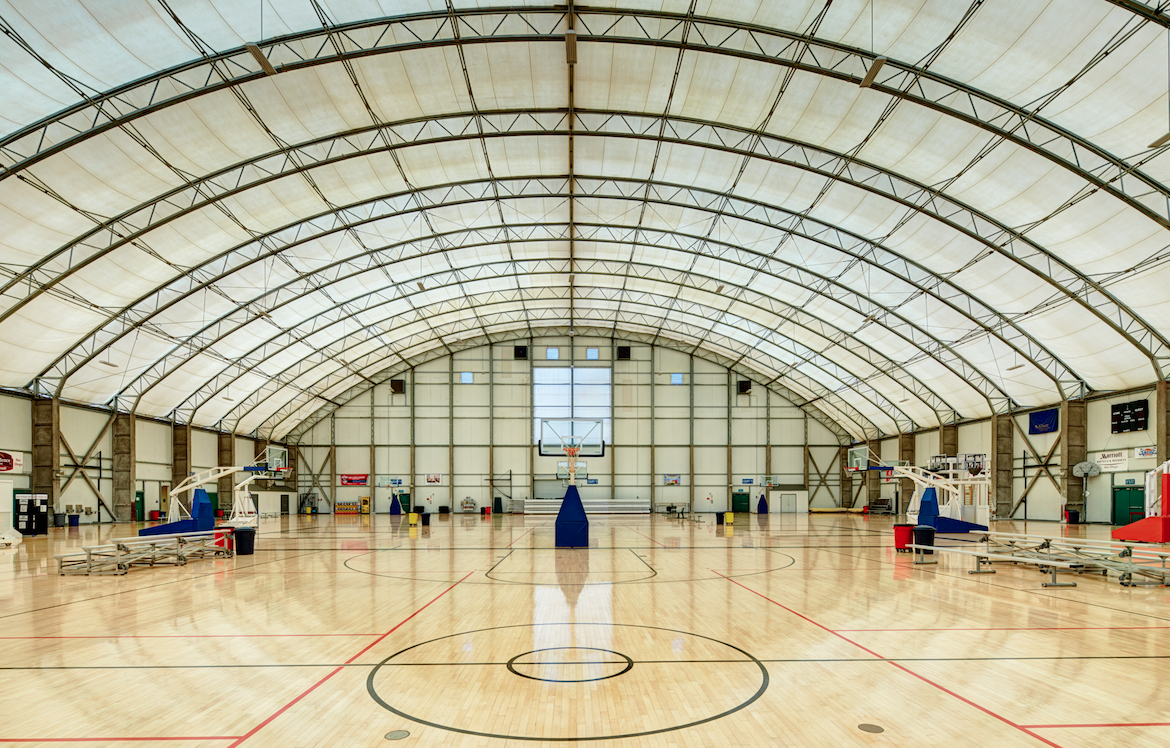 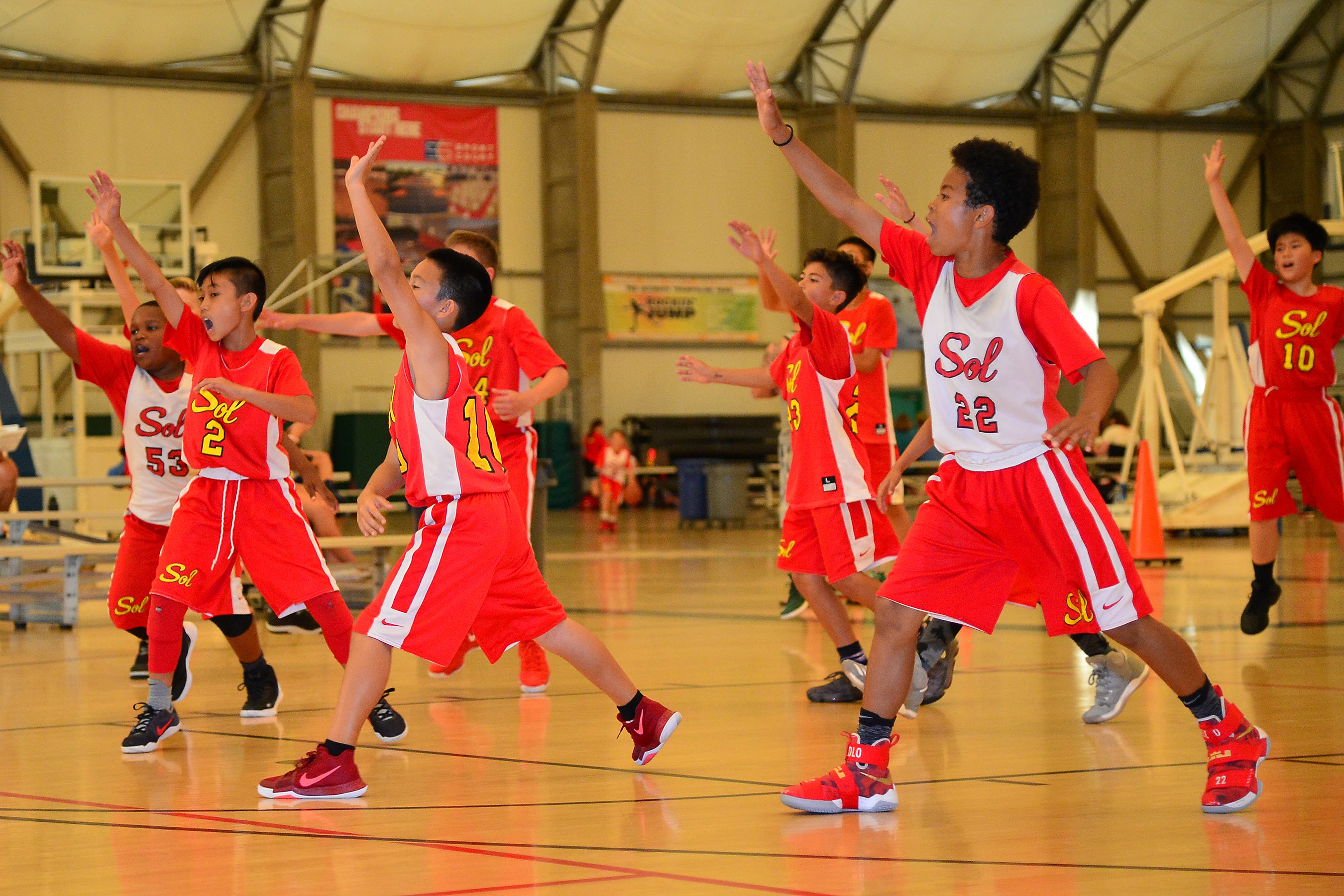 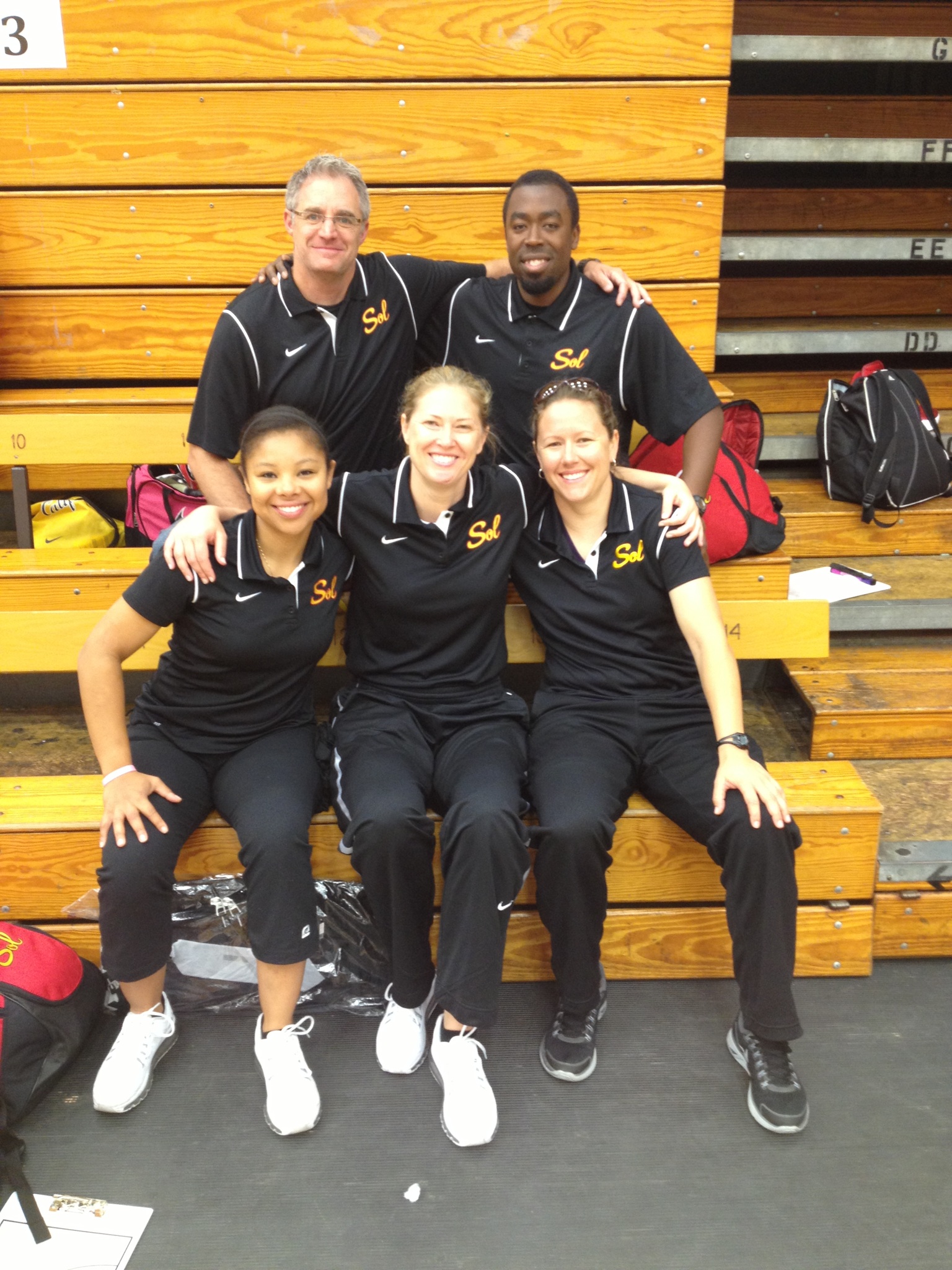 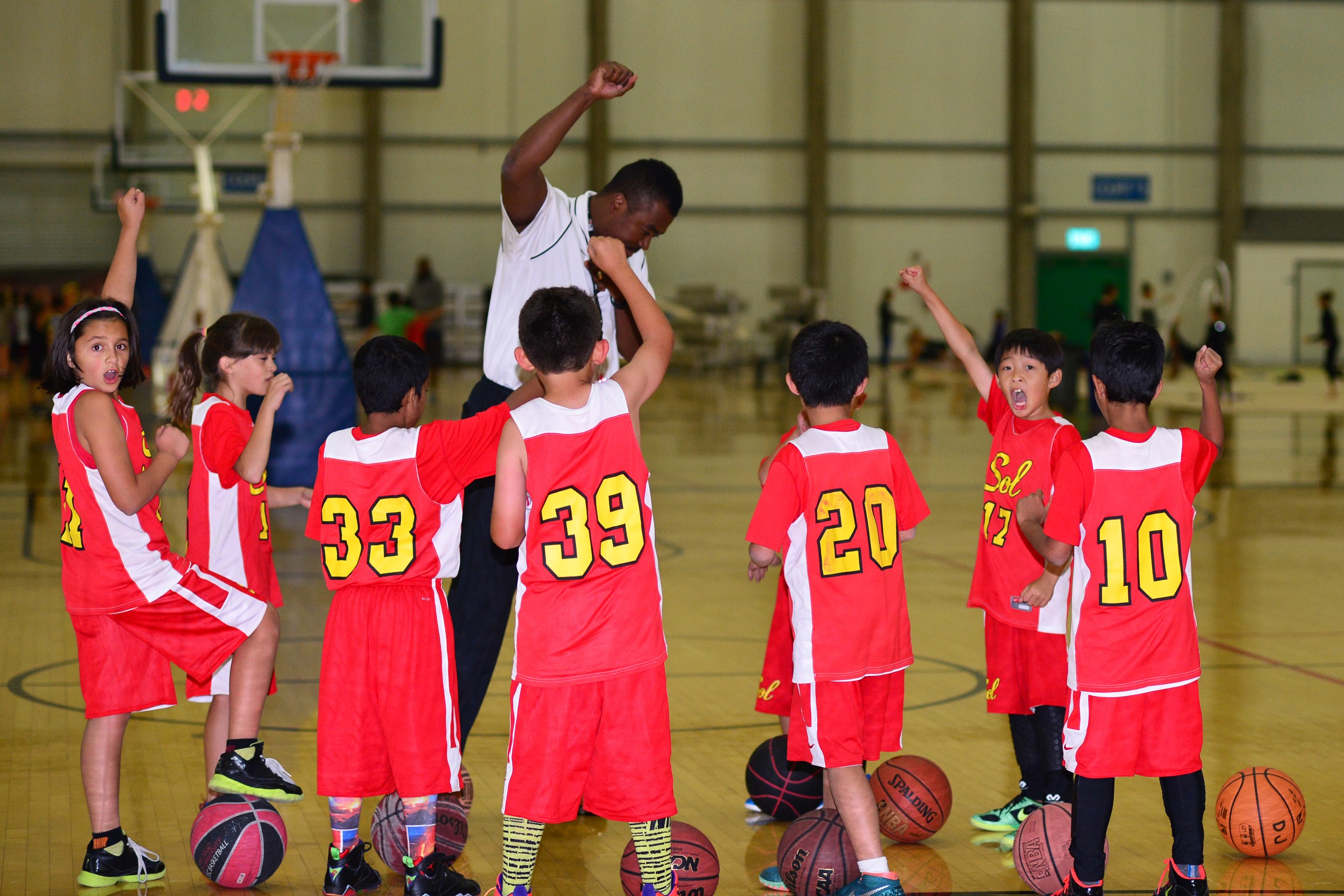 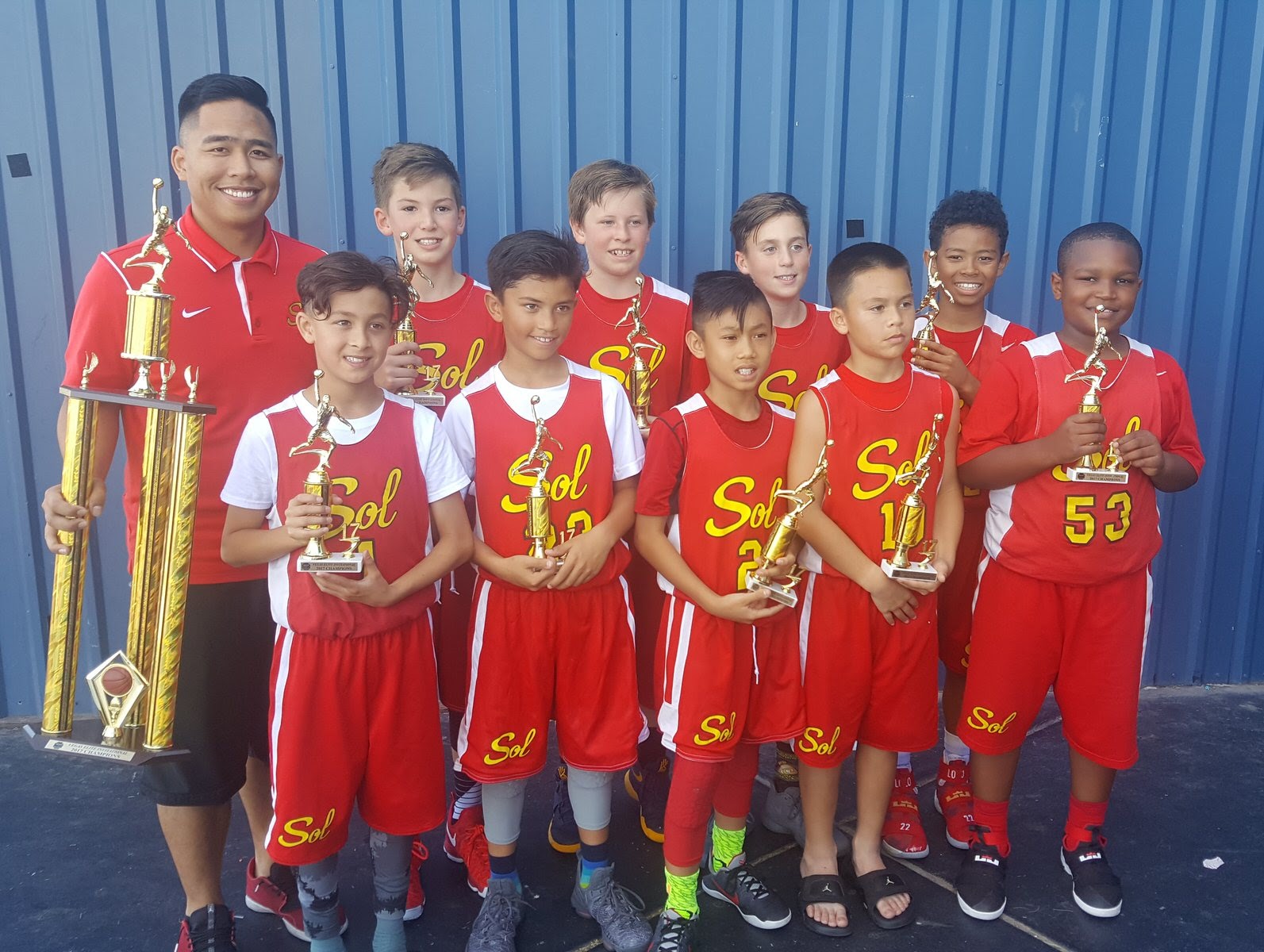 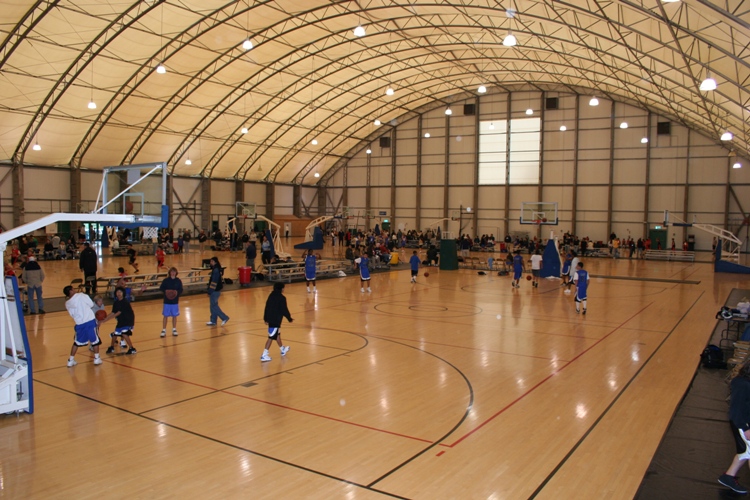 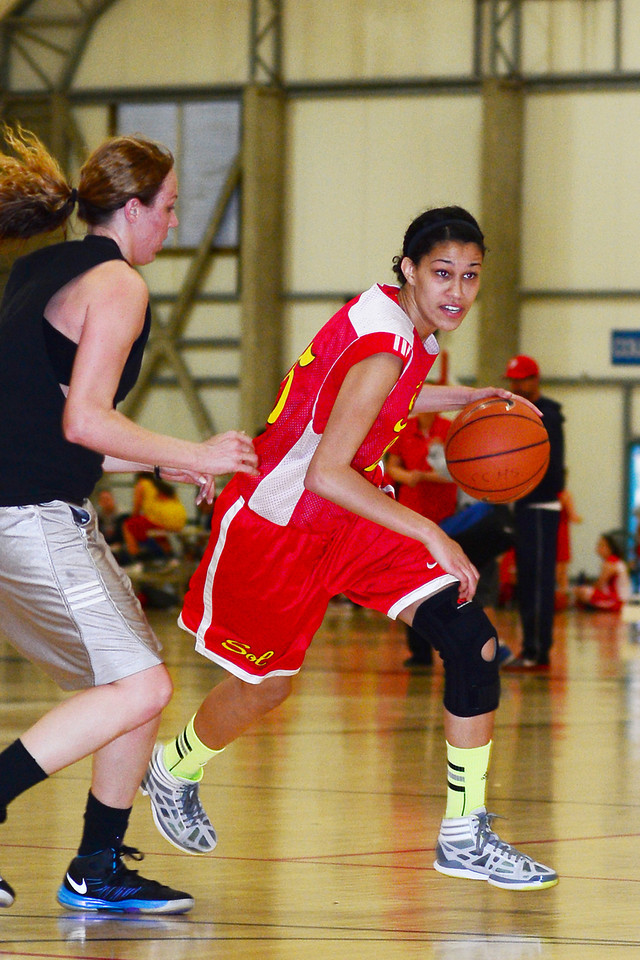 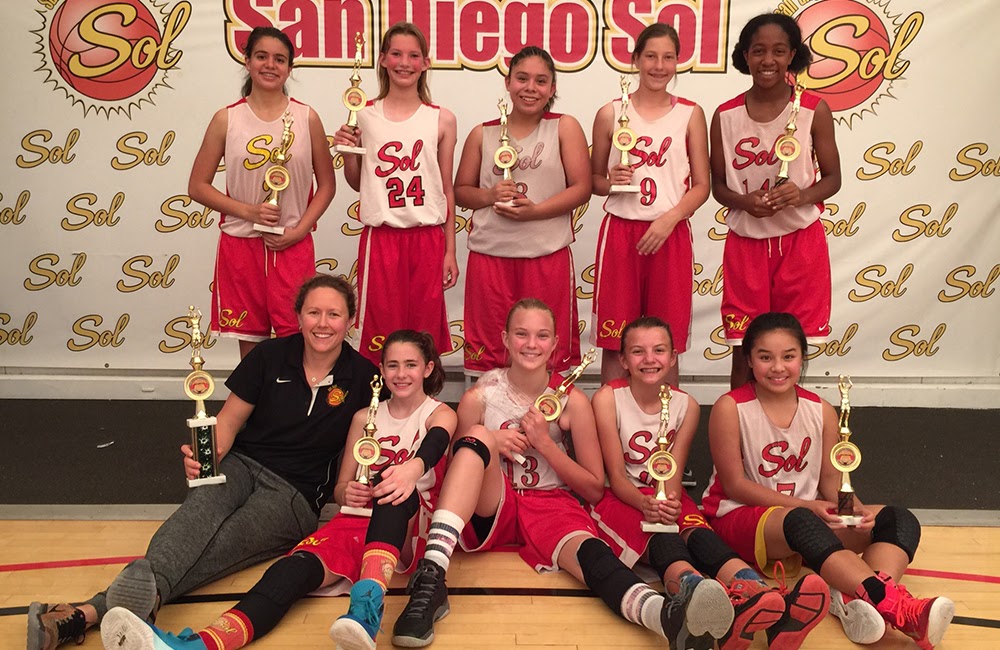 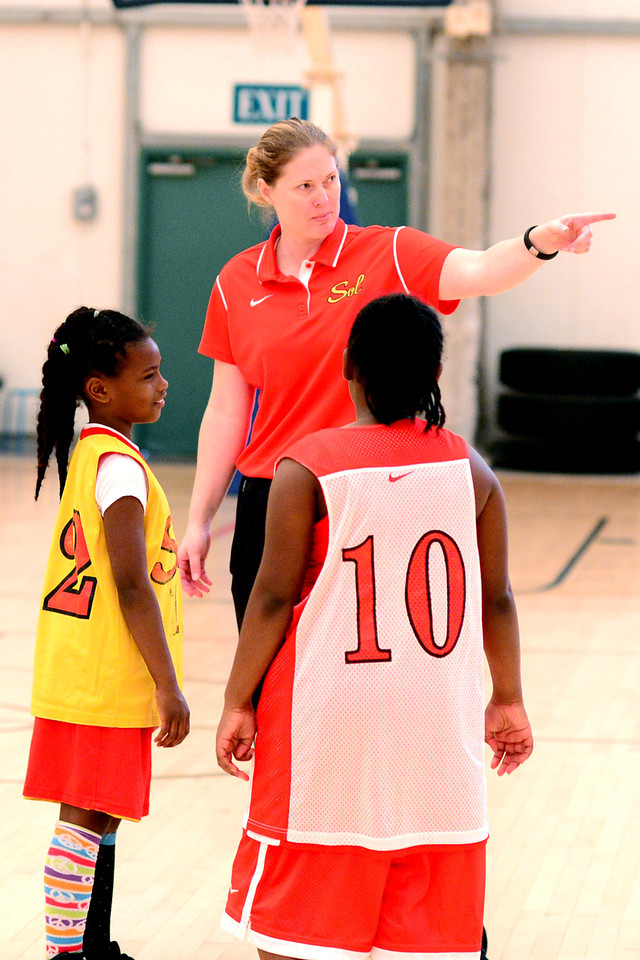 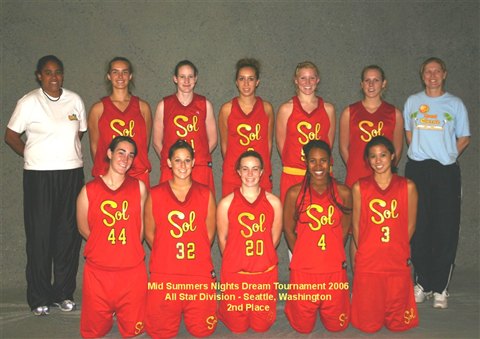 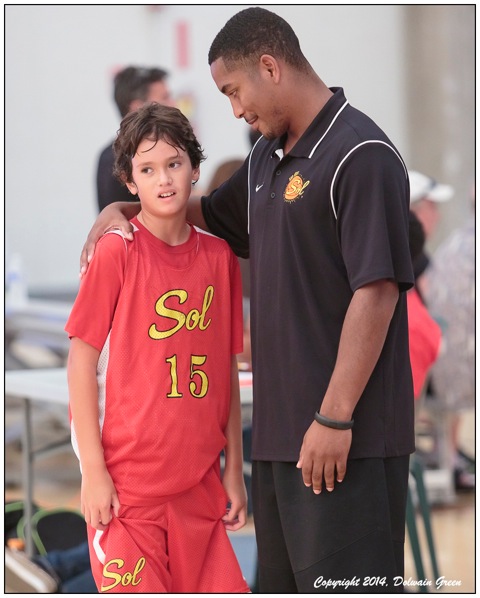 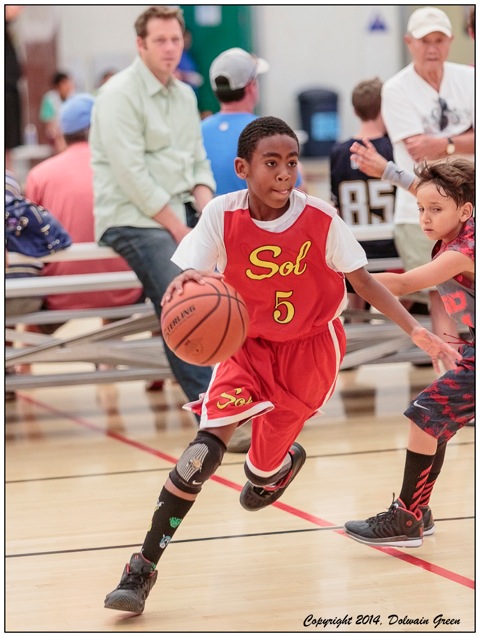 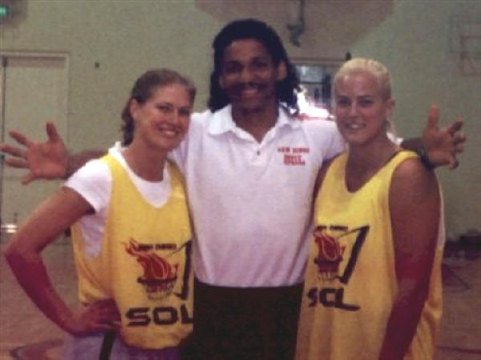