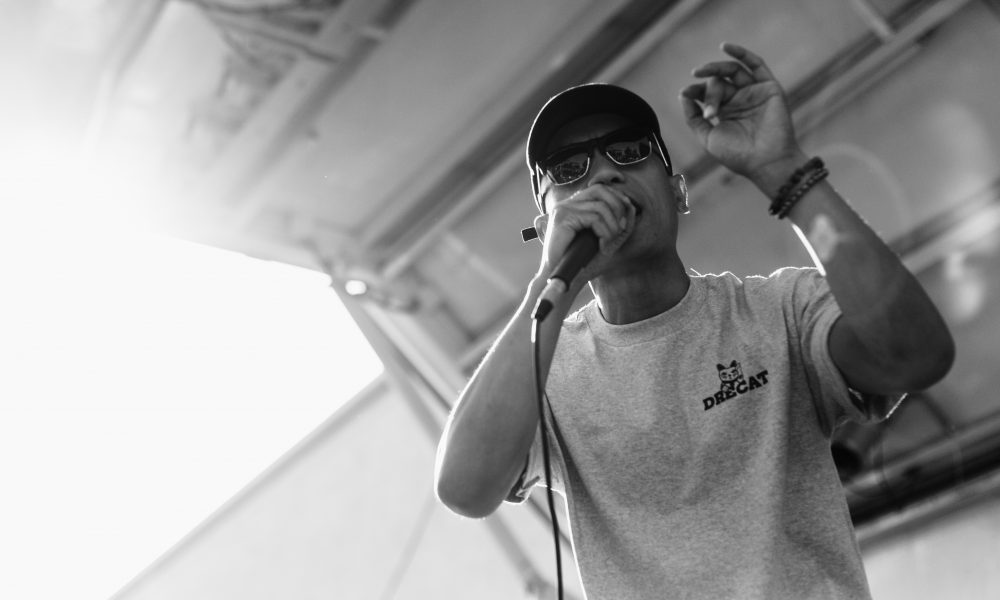 Today we’d like to introduce you to Andre Catibayan.

Andre, let’s start with your story. We’d love to hear how you got started and how the journey has been so far.
My first experience of creating music was around 2009, sitting in and watching the homies, Cali K-Fresh and Cali King James record. They’d record in the basement of Cali K-fresh’s house with the bare essentials, a decent mic, a mac laptop, and an illegally downloaded version of ProTools. And with only that, these dudes were making incredible music that I thought was better than mainstream music out, I just had to be apart of the whole creation process. I didn’t really rap at the time, so whenever I showed up, I made sure I brought a bunch of weed so they wouldn’t kick me out the session!! Then at one my point, we all had to get our lives straightened out, and the studio sessions went to a complete stop. During this time, I realized it was time to get my bars up, so I started working on my flow and writing my own songs. A good 6 months later, I saw Cali King James was making music again, so I hit him up telling him that I started rapping too. He told me to pull up to the studio the following day, in which I recorded a verse for his classic mixtape project “Blue Dream”. My raps got the approval of the homies, so ever since then being a recording artist/songwriter became the main goal, and we haven’t stopped pursuing it since!

Great, so let’s dig a little deeper into the story – has it been an easy path overall and if not, what were the challenges you’ve had to overcome?
Ehh… nothing too crazy, just normal life problems, but the main struggle was that I was way behind in music. If you asked me who my favorite rappers were around my 8th grade/Freshman year in high school, I would have answered with Smilez & Southstar, Mike Jones, Lil Jon and Ja Rule (Ja Rule did have some hits though!!). I was horrible at listening to the lyrics of a song, I only cared about the beat. I had no idea that rappers were so creative with their verses using many styles of writing and poetry to express their art. It wasn’t until after high school when I really started to see the genius of rap music. The homie, Jon B. was back in San Diego for summer 2008 from Cal Poly Slo. Jon B. knew that I had bad first experience with smoking marijuana in high school but was like, “Yo Dre, we gonna smoke this blunt in the car, listen to some rap and then freestyle. Believe me, this sh*t gonna be tight.” I was skeptical at first but that’s my brother so I trusted him. After the hotbox, I was so high in that car, but maaaaaan! Every song he played, I was able to understand each line, hear all the similes and metaphors being used, the double entendres, etc… but at that point, I knew, whoever said rapping wasn’t a true art of poetry were just bad listeners, too slow of comprehending the wittiness in the lyrics. So after that I made sure to study all the greats and the history of hip-hop. Marijuana and music, what a beautiful combination.

DreCat – what should we know? What do you guys do best? What sets you apart from the competition?
I provide a flow of melodic vocals on beautiful sounding beats produced by some homies like Bene Quílo, BeatsbyB.Lake and Tré Castro, just to name a few. Performing was one of the main reasons I wanted to rap, so know that going to a live DreCat show, I will put out all my energy on the stage for the entertainment of the audience. And I also defy the stereotype of weed-smoking rappers arriving or showing up late, I’ve read too many articles about entertainers losing a gig or a producer choosing one artist over another based on punctuality. I’m definitely not letting an opportunity pass to smoke… that’s why vape pens were created, on the go baby!!

What moment in your career do you look back most fondly on?
My proudest moment technically wasn’t really my moment haha. Just last summer of 2017, I had the opportunity to open up for a sold-out Curren$y show at the North Park Observatory, and like most shows, I brought the homies Matty G. and Cali King James to rock with me. Cali King James just dropped an amazing song called “The Petrification” on Soundcloud, and I knew we had to close out my set with that track. And man, the response from the crowd was ridiculous!!! It’s hard to get a true genuine reaction from the crowd as openers, but Cali King James had the place jumpin!!! The homie Cali King James is undoubtedly one of my favorite rappers, his superior talent is what pushes me to bring out my best because if you don’t bring your “A “game around him, his verses will make you wonder why you chose rap as a career path in the first place. So, just being on stage and seeing the crowd give his music the recognition and reaction it deserves was definitely a dope moment on this musical journey. 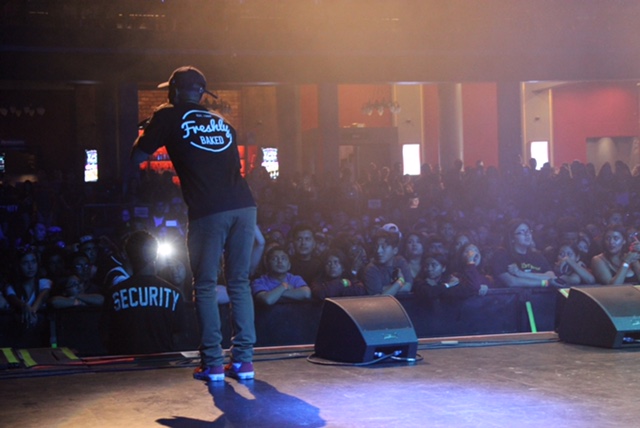 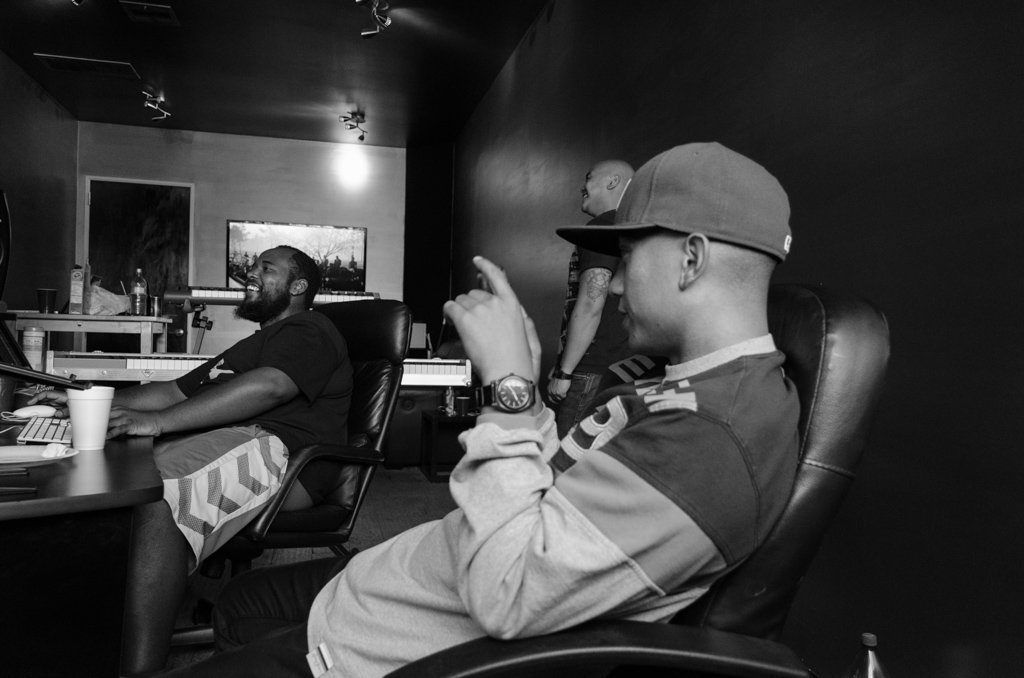 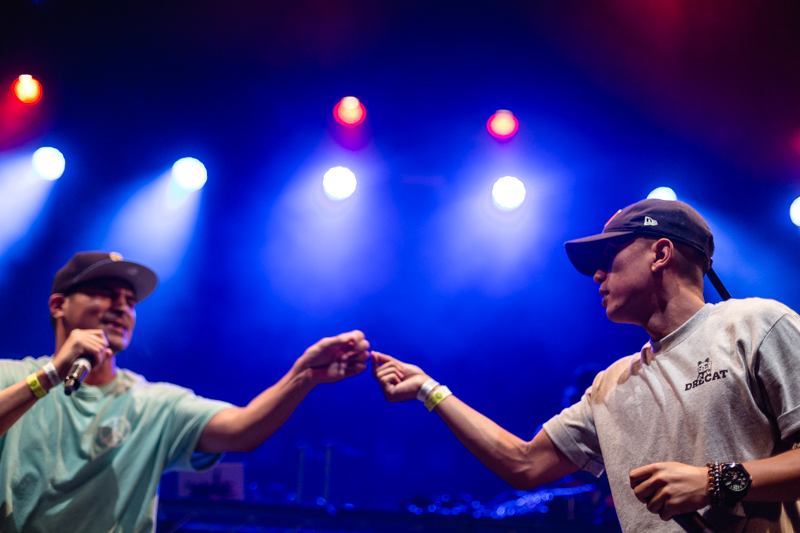 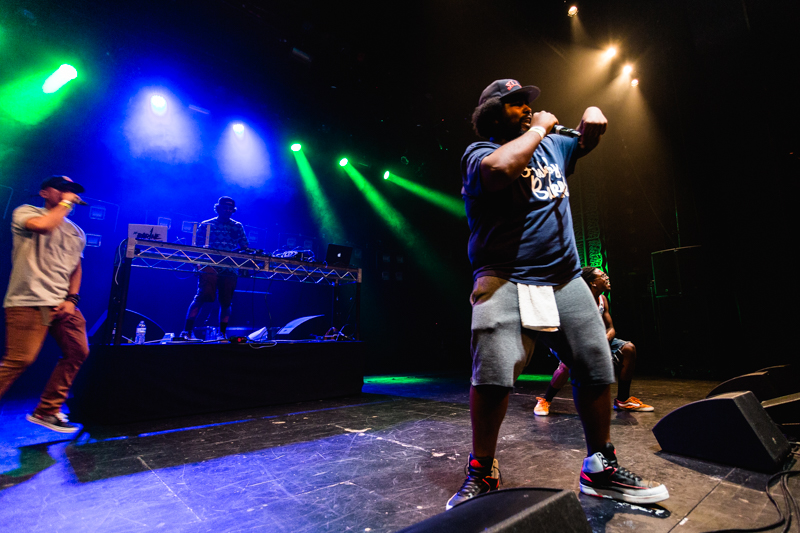 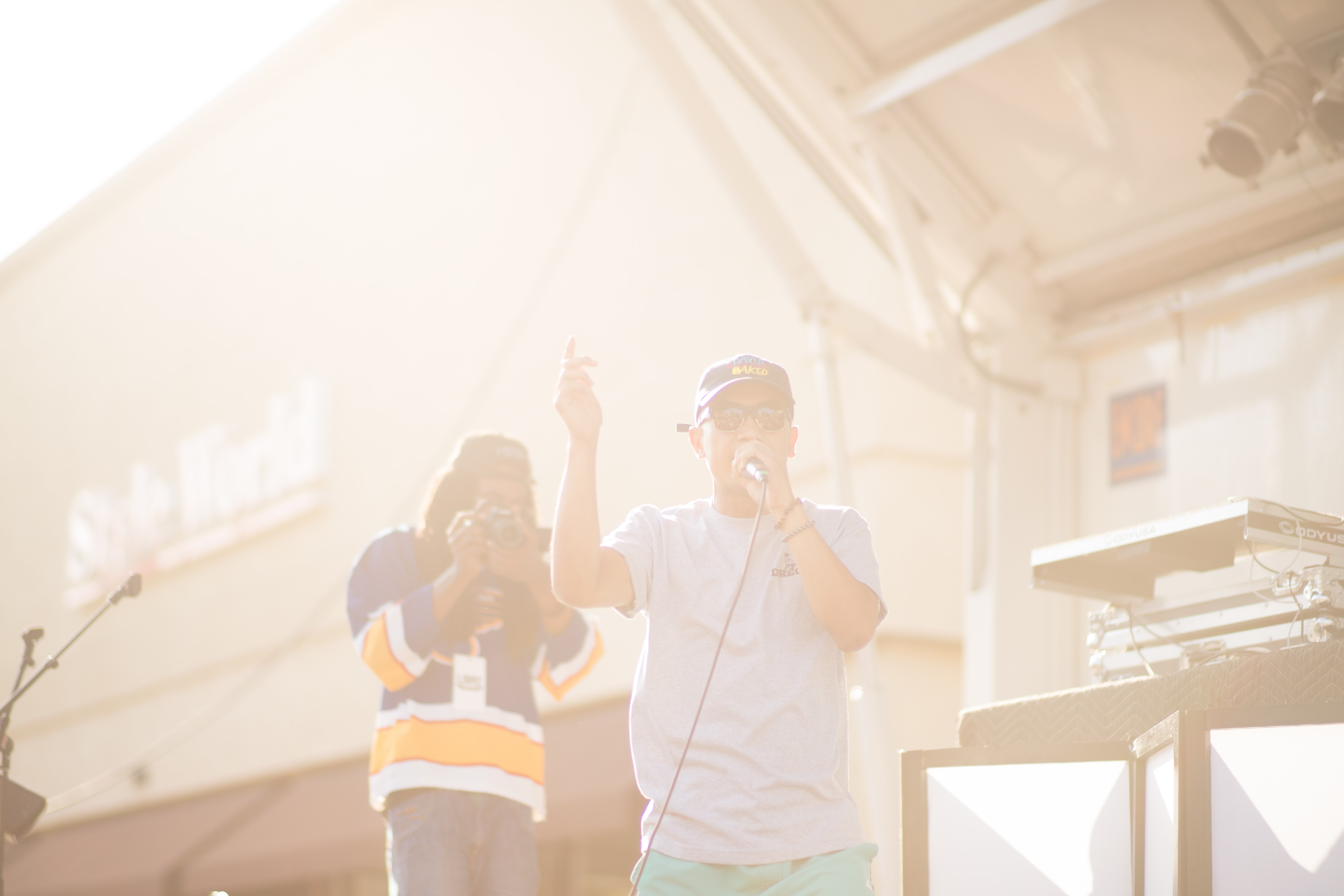