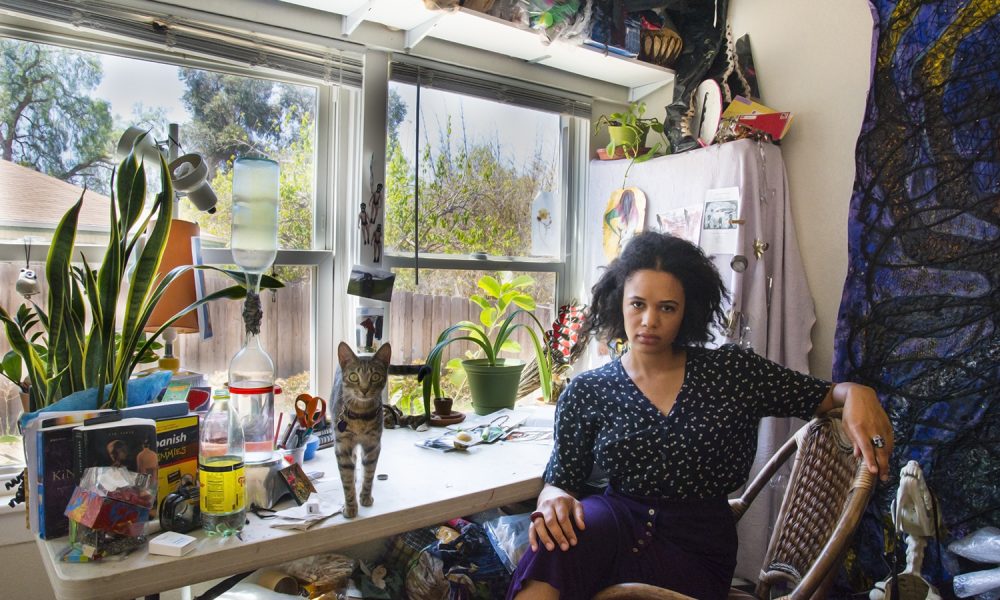 Today we’d like to introduce you to Angie Jennings.

Every artist has a unique story. Can you briefly walk us through yours?
I grew up in Rochester, MN a city often voted as being one of the best places to live. I even remember my dad playing a song in a jazz band with lyrics stating “Rochester is the Number One City”. At the time the city’s population was around 80,000 and the demographics where primarily white. I include the demographics here, because my identity as a mixed-race black woman has affected the way in which I experience the world, along with the work I make.

As a kid, I always liked making things, art was my favorite subject, but being an artist was really never presented to me as being an option or career path. I never even fathomed that I’d pursue a career as an artist. Anyways, after completing high school, I went on to study animal science at South Dakota State University. I soon realized I wasn’t that interested in science and changed my major to art education. I also soon found out that I wasn’t quite ready to dedicate my life to being a teacher and decided to spend 9 months in France working as an au pair. While in France most of my free time was spent by myself, it was a pretty solitary existence which gave me a lot of time to think, it was during this time that I decided to dip my toes into a more dedicated path of making art.

When I got back to the states I enrolled in a Post Baccalaureate program in Studio Art at Brandeis University. After, I moved to the neighborhood of Crown Heights in Brooklyn, NY where I worked at an art store, as an assistant for artist Justin Lieberman and as a security guard at the Metropolitan Museum of Art. While living in Brooklyn I was exposed to amplified amounts of art, gentrification, hierarchies of social class, and the misogynistic culture of cat calling. These were some of the things that pushed me towards experimenting with performance art, for I didn’t think a painting or drawing could effectively convey the things I was thinking about. While in NY I decided it would be good if I could get into a graduate program so I would have more time and support in order to make art. Towards the end of my second year in NY I was accepted into the MFA program in visual arts at UCSD, which is what brought me to San Diego.

As a graduate student, I was able to expand upon my practice and was exposed to and built relationships with many great artists such as Kembra Pfahler, Narcssister, Marina Abramovic, Guillermo Gomez Pena, and Ricardo Dominguez. I also had the opportunity to delve into realms of collaboration with my dear peers!

Please tell us about your art.
I use an array of strategies, including painting, performance, video, photography, and installation. Themes in my work are often in flux but most of my works refer to states of otherness. Socially constructed forms of power and stigmatization infuse the work. In terms of form, my paintings usually fit under the umbrella of biomorphic abstraction paralleling the liminal space in which I reside, for I am both seen and not.

My work also reflects on identity and isolation. In relation to my subjects, I vacillate between a more distanced position, and one from which I cannot personally be removed. I aim for the uncanny found within the engagement of subversion and often satire. Biographic themes are embedded in my work, but are usually obstructed through the formation of divergent embodiments and notions of the absurd.

I’ve been drawn to circumstances of chance and improvisation; slippages that allow for a lessening of my authority, instances that thereby become monopolized by elements outside my control, foregrounding parallels of restraint and power. I’m also realizing that the inclusion of chance allows for states of mysticism to occur.

What do you think is the biggest challenge facing artists today?
I think one of the biggest challenges is to make art that has life, all the while supporting and caring for yourself financially, physically and mentally. That said, art should wake people up or at least transport them, we need to go further into the depths of our being.

How or where can people see your work? How can people support your work?
People can see my work on my website, angelajennings.net or follow my blog at angelajennings.tumblr.com. I’ll also have two paintings up at the Museum of Contemporary Art San Diego this September for a group show. People can support my work by talking about it and sharing it. 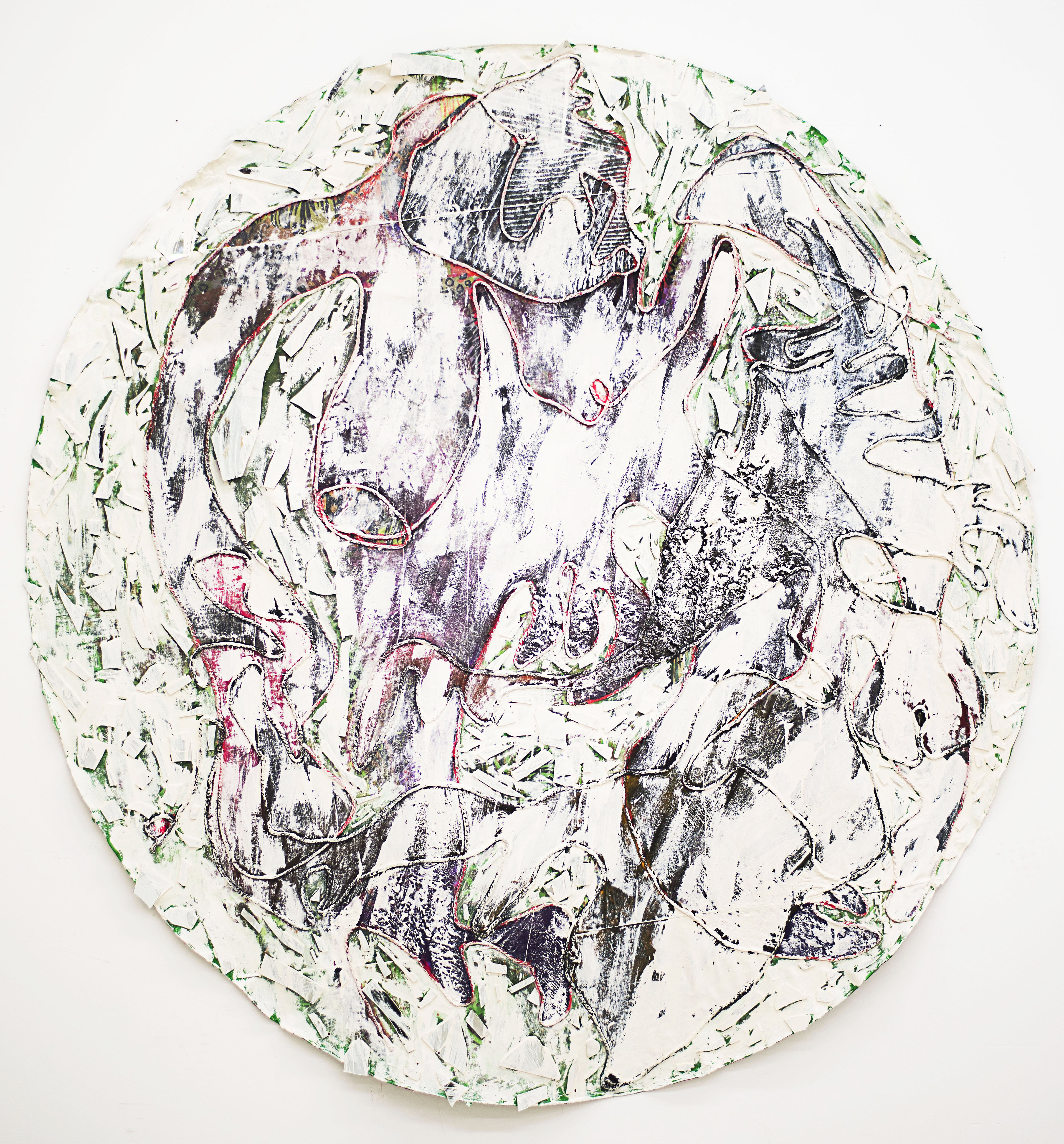 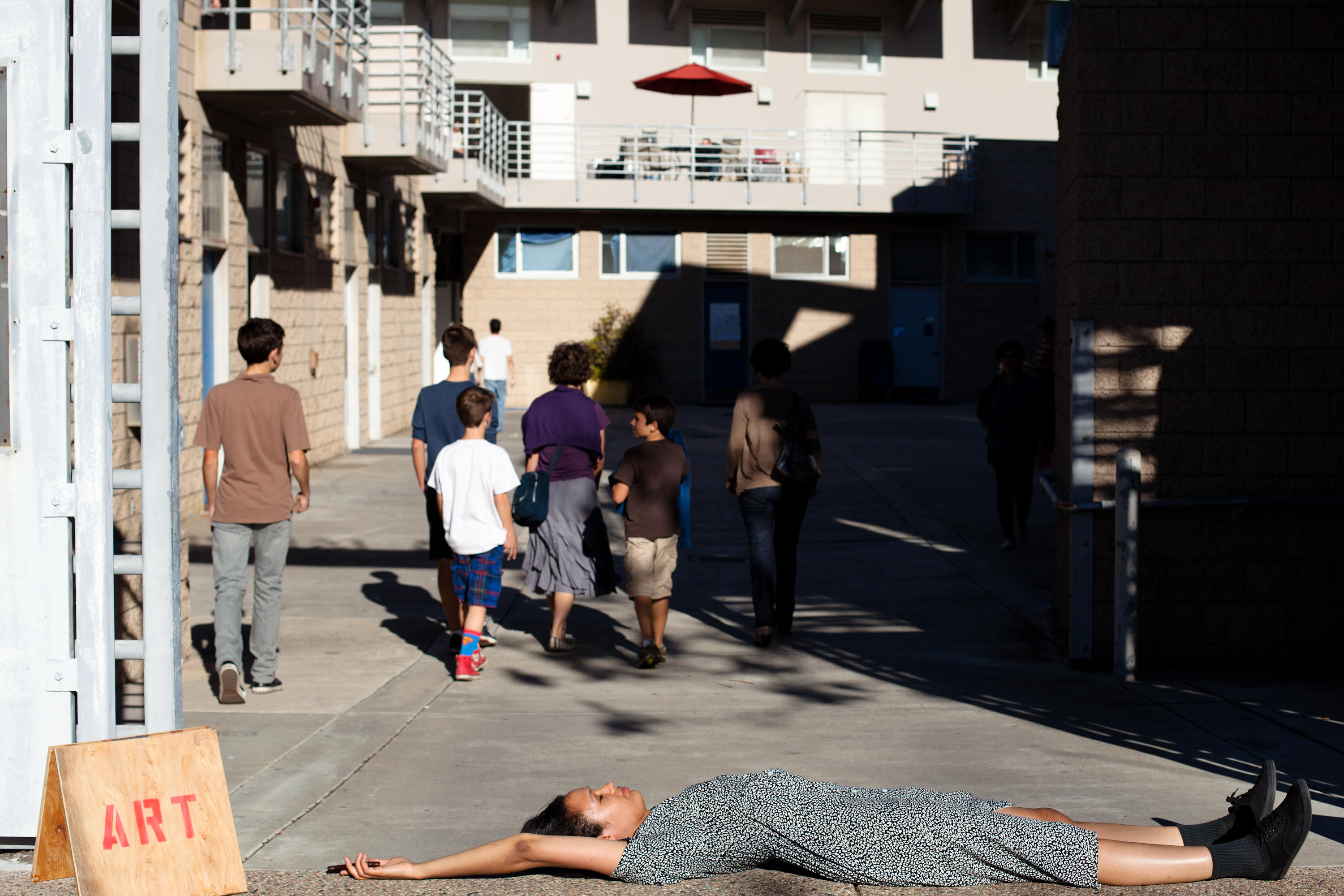 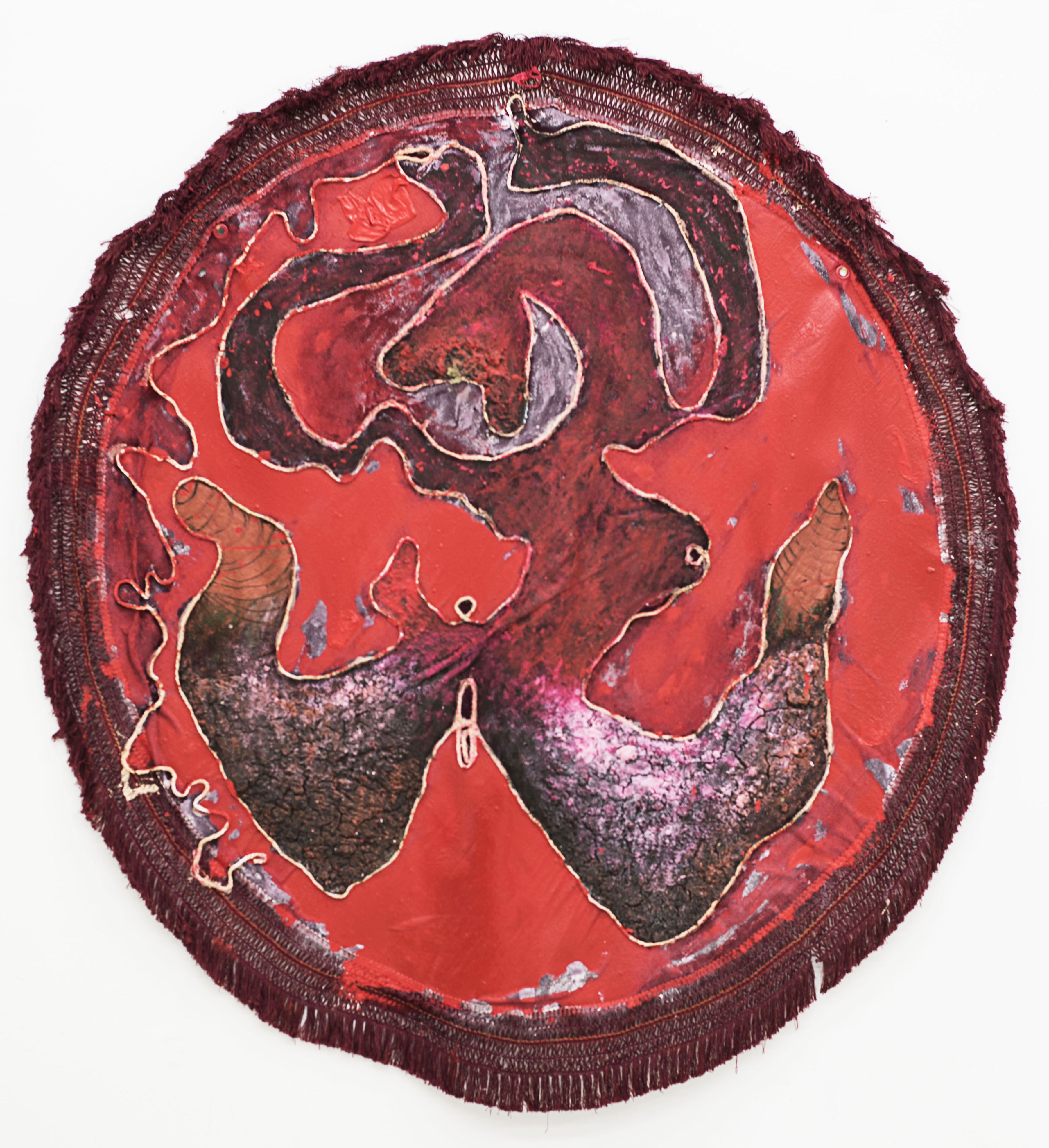 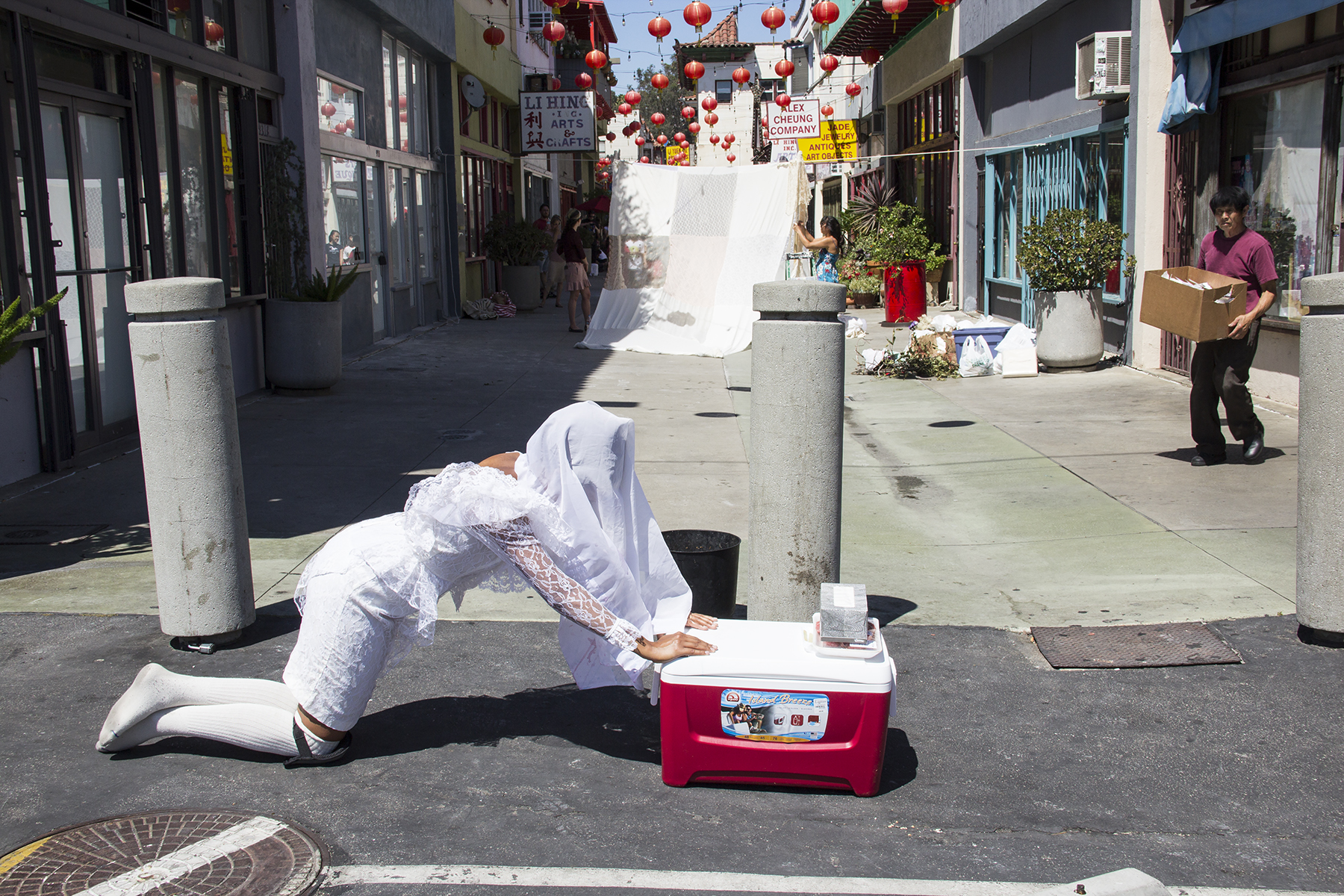 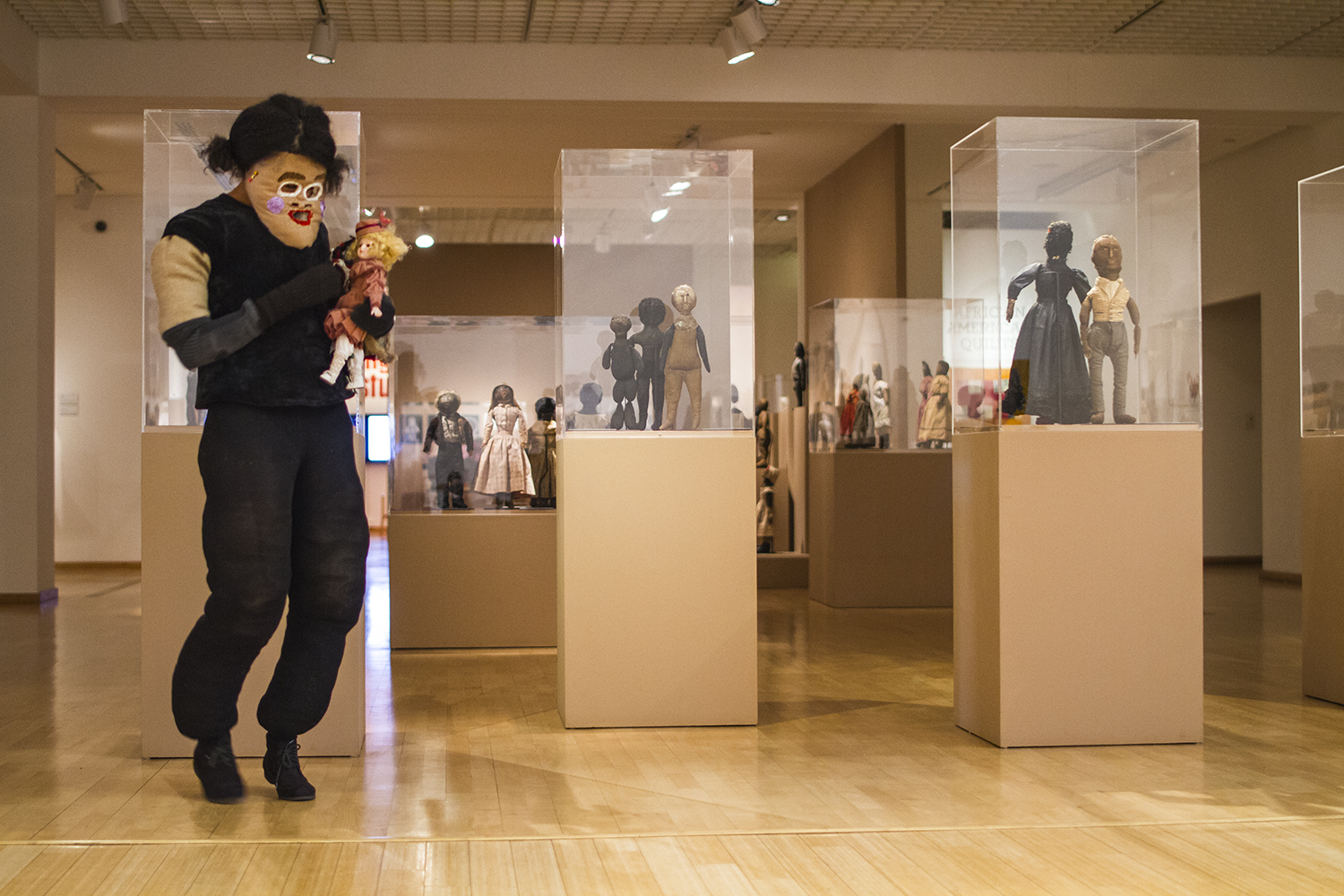 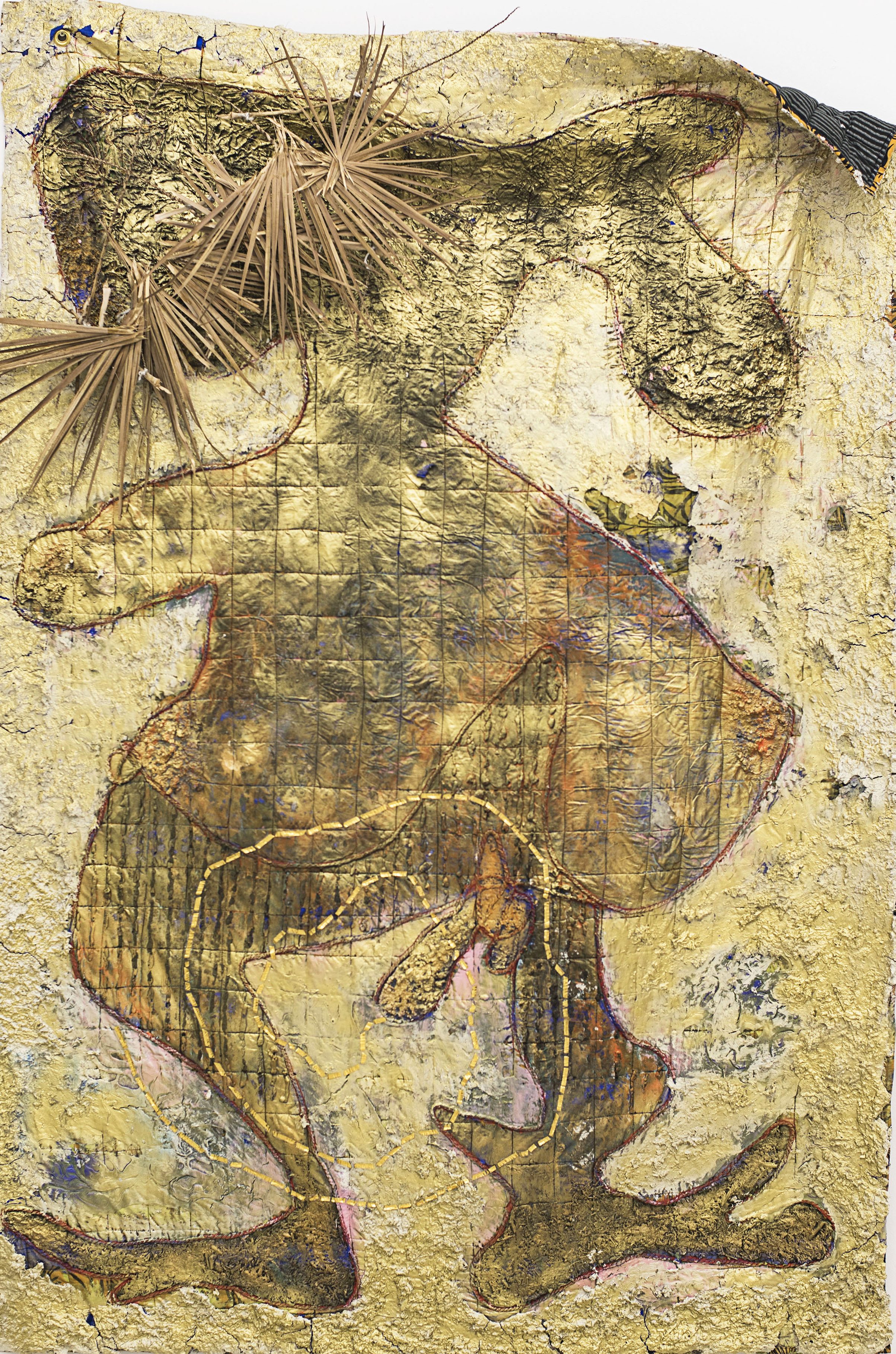 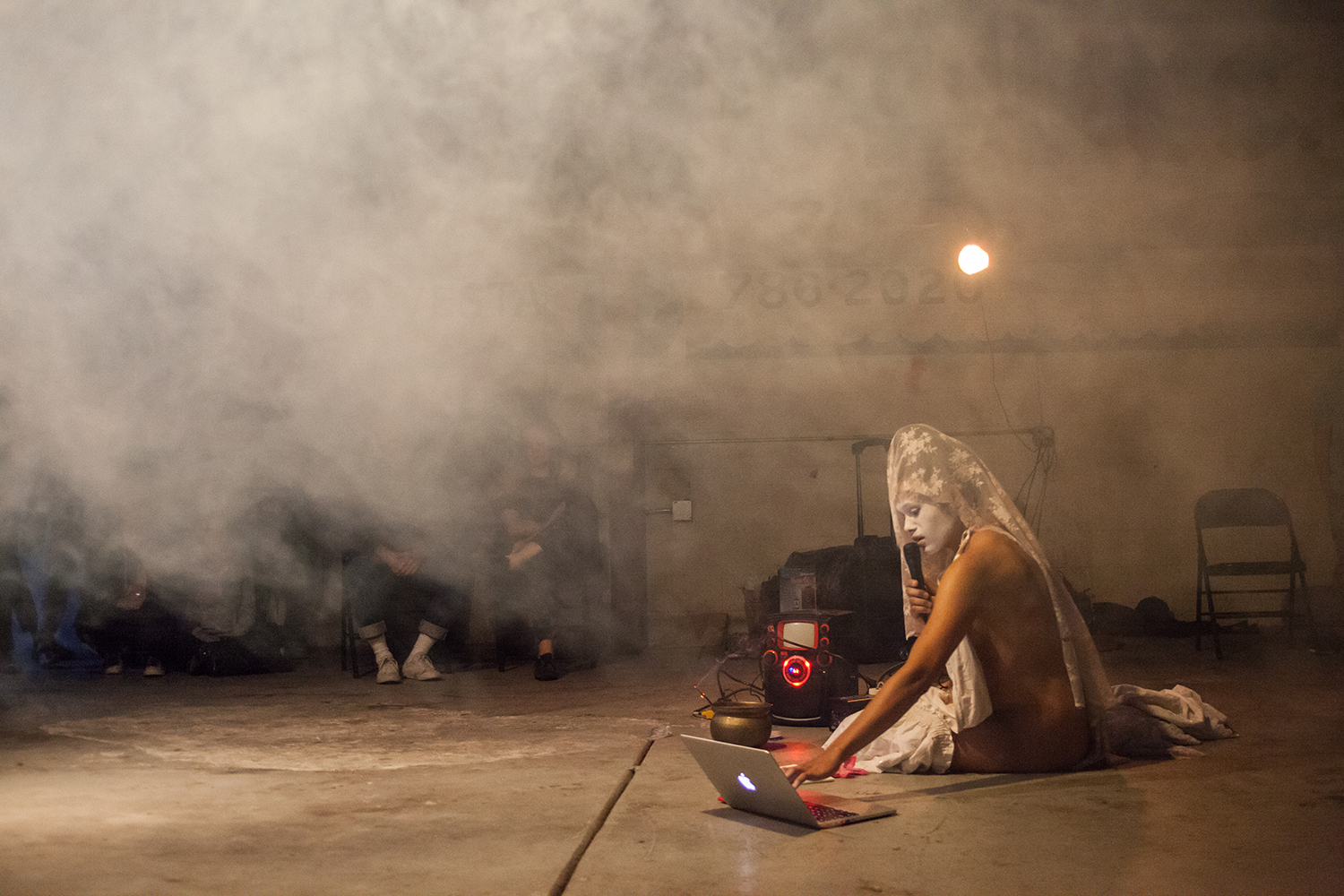 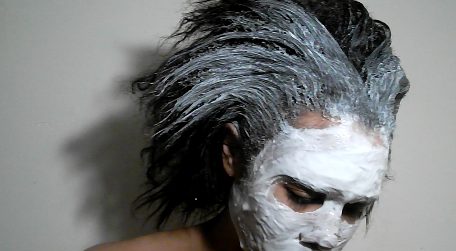