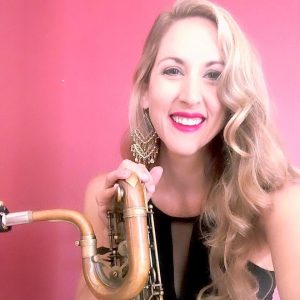 Today we’d like to introduce you to April Leslie.

Hi April, it’s an honor to have you on the platform. Thanks for taking the time to share your story with us – to start maybe you can share some of your backstory with our readers?
I am somewhat rare in the fact that I was born and raised in San Diego. As long as I can remember, I have been drawn to music. Pounding away for hours on our old piano making up tunes, singing my heart out & playing the Scottish penny whistle throughout our neighborhood. I did the title of “annoying little sister” very well, ha!

My mom was a big musical theater fan & would take us to the local CCT performances & always had a large stack of VHS musicals. I remember always trying to mimic the dance moves & singers (had ALL of Westside Story memorized!).

In the 6th grade (inspired by the fact that band students got to miss school for music trips!) I joined band and was officially in a music program. I chose the clarinet because my best friend played it and I thought it would be fun to be in a section with her. The following year our junior high and high school bands combined to help beef up the band numbers. That partnership ended up being a move that absolutely affected the trajectory of my musical life. There was a freshman clarinetist who was incredibly talented and I was totally mesmerized! We became instant best friends and she really took me under her wings. We would play duets for hours and on the weekends, we would listen to movie soundtracks and sneak into the band room to try other instruments… haha! We just genuinely loved everything music! She guided me to the best teachers, equipment and groups to get involved with (SD Youth Symphony, All-State Honor Band, etc.) My parents were always incredibly supportive but did not know much about music so her guidance was priceless.

I ended up studying music in college and went on to receive a Master’s degree in Clarinet Performance. My focus was primarily classical, with the hopes of joining a symphony orchestra.

Things changed drastically and quickly in my early 20’s as I was asked to audition for Blast II, a Tony and Emmy award-winning musical theater production! A trumpet player I had recently met at an all-collegiate honor band had just won a spot in the group and remembered that I had a dance background (Scottish Highland Dance) in addition to playing the clarinet. The show happened to be looking for a lead clarinetist who could “move.” The producer called me and asked me to do an audition VHS video ASAP & overnight it to him (clearly aging myslef). I had always wondered how I might be able to combine my love for music and dance into one avenue and this seemed to be the answer! I immediately phoned my brother (a cinematographer & editor) and put together an audition video. I had to dance, sing, play my instrument, march and do a pantomime… all in one day! Somehow, I got it all done and submitted my video. I was phoned 24 hours later and asked to move out to Florida to join the cast/crew who were rehearsing/performing at Disneyworld!

That was such an incredible experience and allowed me to travel the world! When the show moved to London’s Queen’s Theater, the cast had to be reduced to fit the smaller stages. It was at this point I was asked to double on clarinet & saxophone. I said yes, then figured I had better learn how to play the sax!! The other sax players in the group were incredible classically & jazz-trained musicians so just being around them helped me get the feel and concept for playing. Doing this show opened my narrow-focused, “classical only” mind to all different styles! Jazz, funk, blues, rock & electronic. I loved it and especially loved moving while playing! We danced, marched, jumped on trampolines, played upside down… anything unusual and creative. We did it!

When the show ended, I moved back to San Diego in my late 20’s and had to figure out what to do! I was fortunate to acquire a large private lesson studio and made some great connections with local schools in which I was able to do clarinet coaching. It was nice to give back to the community. I also got back to my classical roots & subbed quite a bit with the San Diego Symphony.

Just as I was missing performing while playing, I was asked to audition for The Saxations, a San Diego-based all-female sax quartet! They asked me to audition on baritone sax (I played it ONE time in college) but figured I could learn it, haha! After a few instrument trials, I did get the hang of it and was accepted into the troupe. The Saxations creates themed shows with choreography, full costumes and sets! It is super fun to be a part of the whole creative process from beginning to end.

My bari sax journey had now officially begun and I could not have been more pleasantly surprised! I ended up loving the instrument and started playing in many other groups on the 15lb bari! Including The Manny Cepeda Orchestra (incredible Latin music), the Ira Liss Big Band & The Sully Band. Being a member of The Saxations, I was super lucky to get a sponsorship with Sax Dakota sax manufacturing company.

Currently, I would say that I freelance in San Diego, playing about 50% clarinet & 50% saxophone (mainly bari). It’s a far cry from the “classical only” orchestral life I had imagined but I wouldn’t trade it! There is so much variety in the music I play and most of what I do has a performance aspect to it where I feel free to express myself with movement and a little dance. C’mon! Music should make you want to move!!

I feel super blessed to be a freelance musician in San Diego, playing in these incredible groups & continuing to teach my own private studio as well as with Classics 4 Kids (an amazing non-profit that exposes kids all across SD county to the arts!).

I’m sure you wouldn’t say it’s been obstacle free, but so far would you say the journey have been a fairly smooth road?
I find that most of the struggles I have experienced have been in my own head! I always remember my teacher, Frank Renk, telling me that “you have to have thick skin to be in this industry; some people will love your musical style & some will not.” The point I felt he was driving home was to work hard and be confident in who I was.

This is not always easy as a sensitive musician!! There were many times I felt as though I was not good enough, pretty enough, smart enough… I think I finally realized that living in the land of “I’m not enough” was pretty fruitless and ultimately only caused me to suffer. I feel like I finally came to a place where I could truly say, “here is who I am and what I have to offer… if that is something that works for this particular situation, great! If not, no problem.”

Thanks for sharing that. So, maybe next you can tell us a bit more about your work?
I’m a freelance musician and music educator in San Diego. I specialize on clarinets & saxophones. I’m known for being able to adapt well to a variety of musical genres & styles. I think a lot of people enjoy my playing and style because I’m not afraid to emote emotion and feeling through movement in the appropriate performance setting.

I feel proud to be a successful female musician in a mostly male-dominated profession. It really doesn’t phase me all that much as I believe my musicianship and personal uniqueness speaks for itself. 🙂 I’m super proud working with the Sully Band, the Ira Liss Big Band & Classics 4 Kids and the Left Coast Quintet.

The Sully Band just finished recording a new album set to release in September that features classic artists “B-side songs,” So super cool sort of “secret” songs that not a lot of people know about. In addition to winning “Best Live Band of 2019” at the SD Music Awards, the band is up for “Best New Song of 2020” with our single “Never Gonna Give Up” on Spotify.

The Sully Band was one of the only bands in SD that was fortunate enough to safely stay busy during the pandemic with weekly virtual uploads (check out the YouTube page!), virtual concerts at the Belly Up & acting as the “house band” for the televised show “On the Air with Sully & Little Tommy.”

I’m also super proud to be on the newly released CD, “Mazel Tov Kocktail,” with the Ira B. Liss Big Band. I am featured on the single that bears the CD title’s name playing a fusion tune of Klezmer and big band clarinet. It’s a very exciting song. The album is also on Spotify!

Finally, I am very proud to be a part of the non-profit organization, Classics 4 Kids. The musical director, Dana Zimbric, has done an incredible job of keeping the music alive in the classrooms during the pandemic on a creative, virtual platform. It’s so fun seeing the kids smile as I teach them about the clarinet & music!

Are there any important lessons you’ve learned that you can share with us?
Just being a good person who works hard and stays out of the “gossip pool” goes a long way! Know what you can and cannot do (this really just takes experience) and stay in those lanes with confidence! 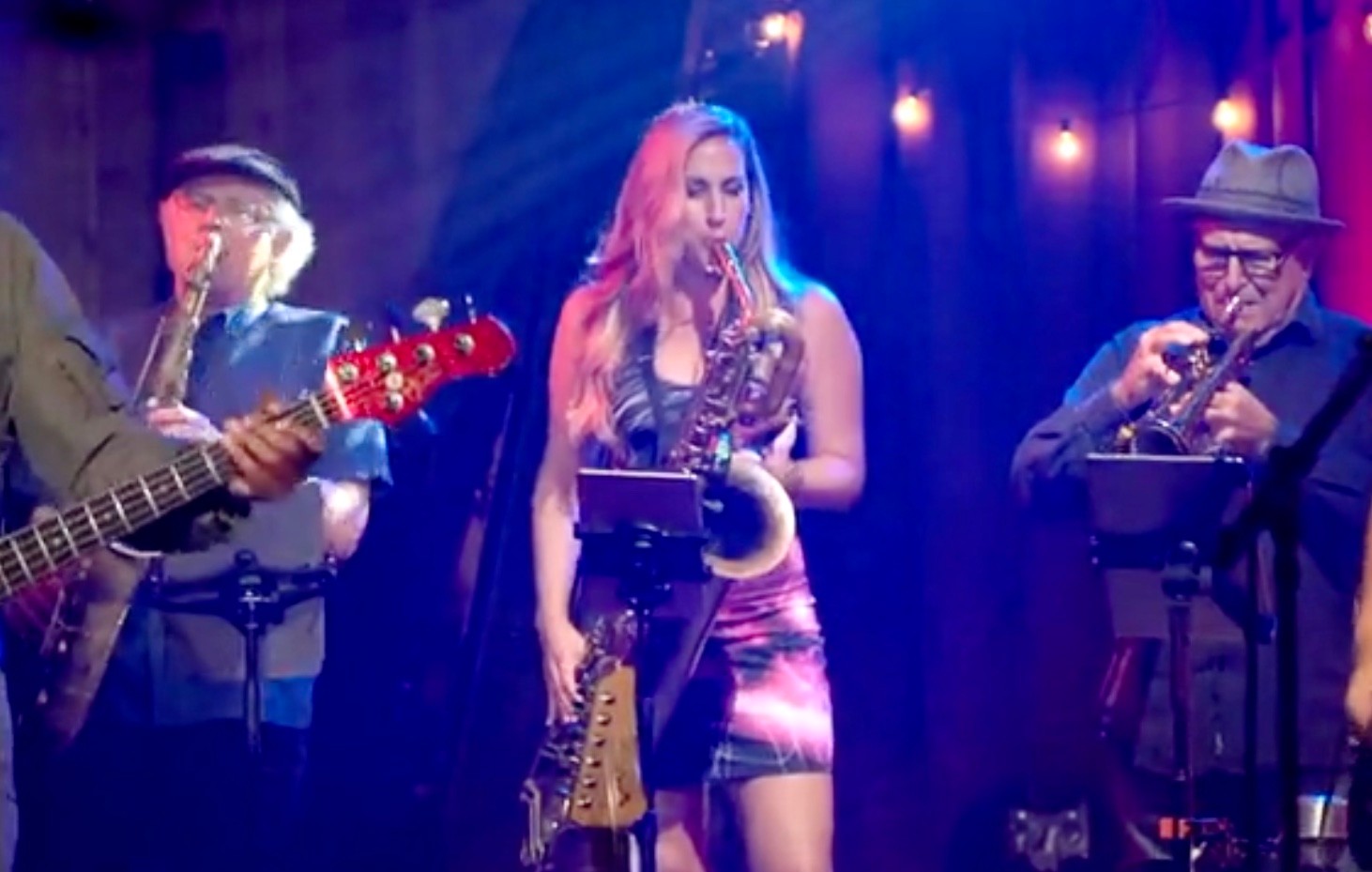 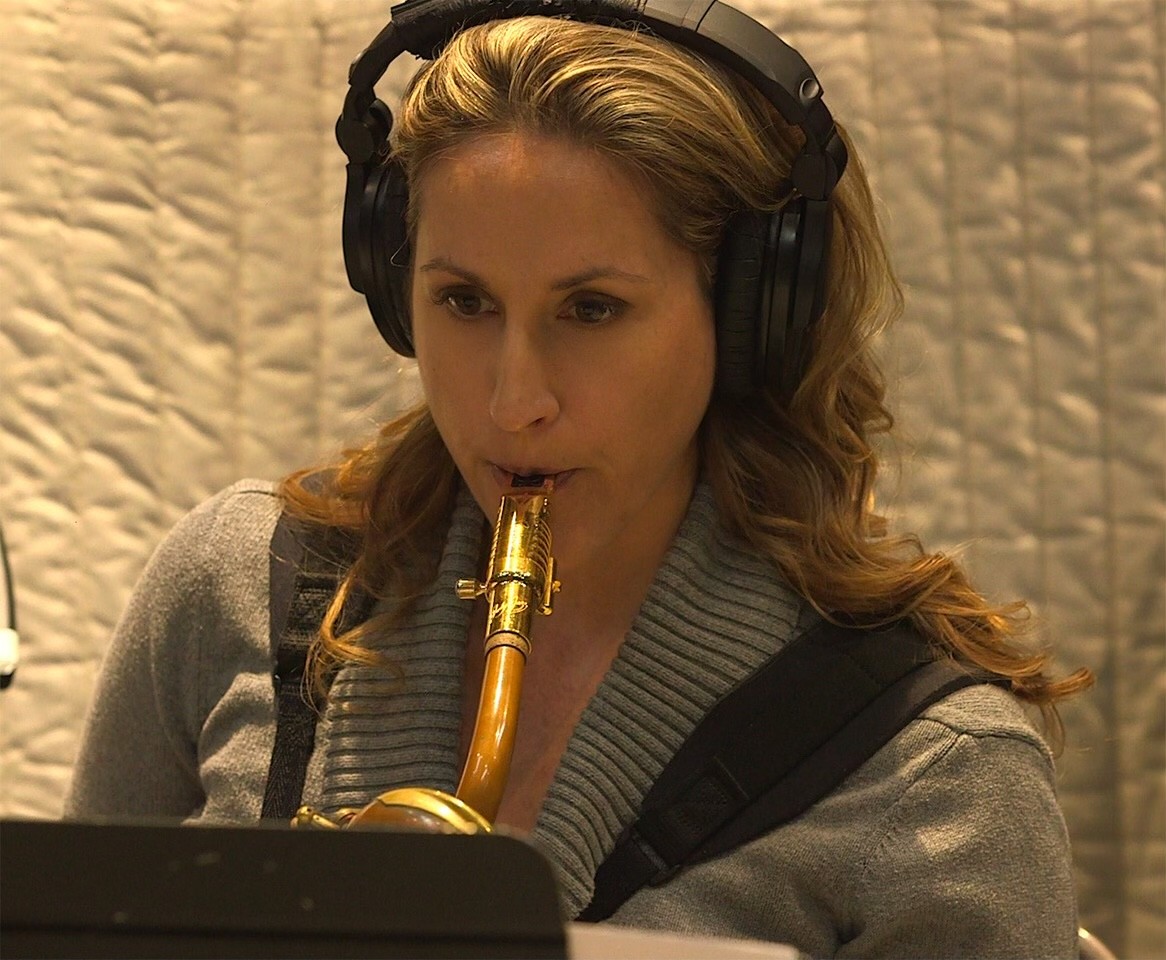 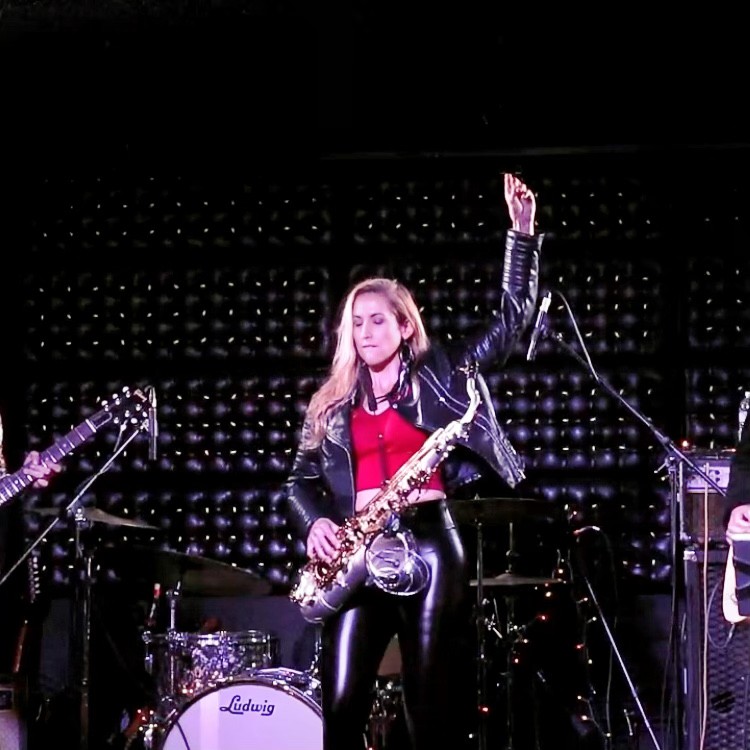 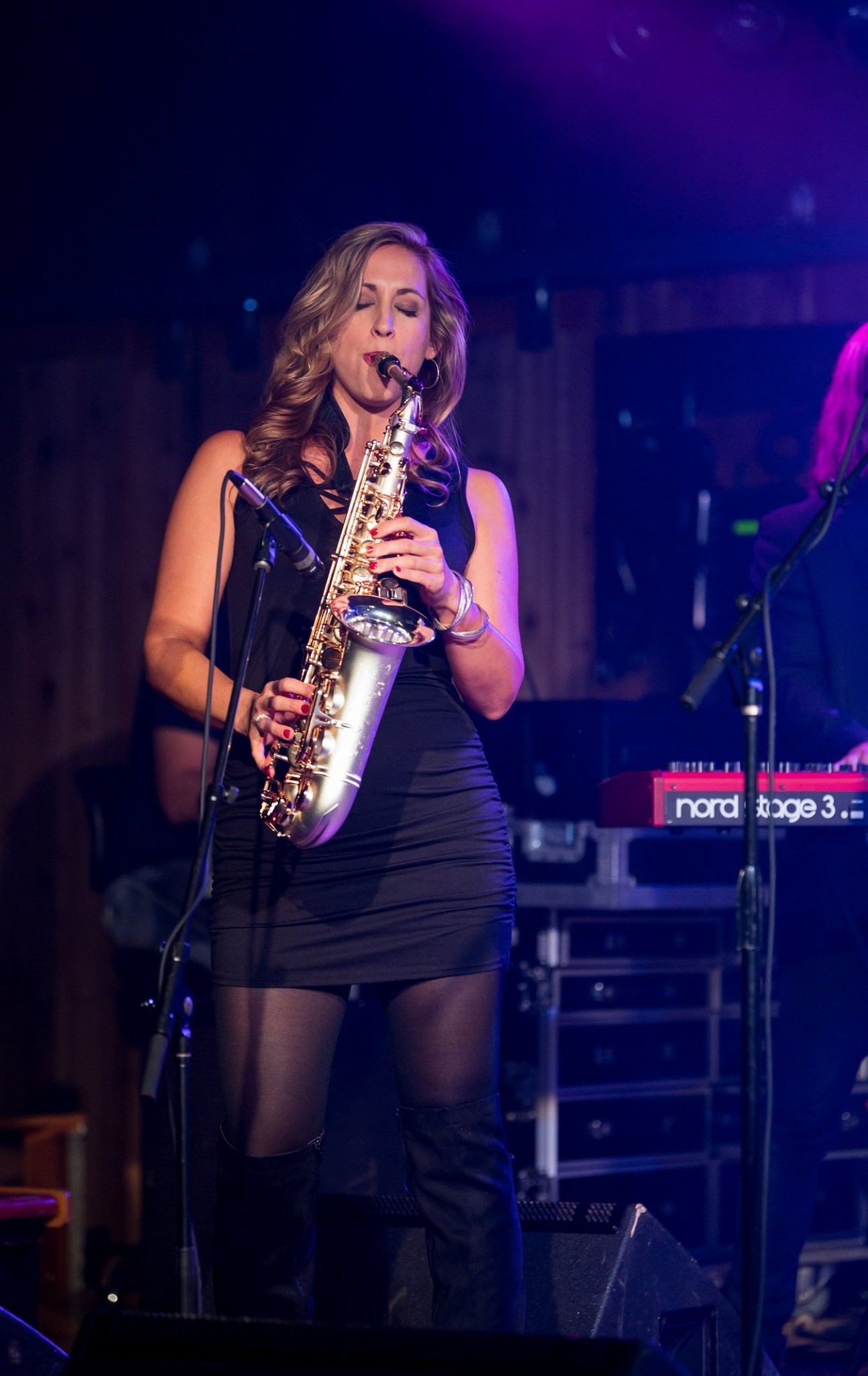 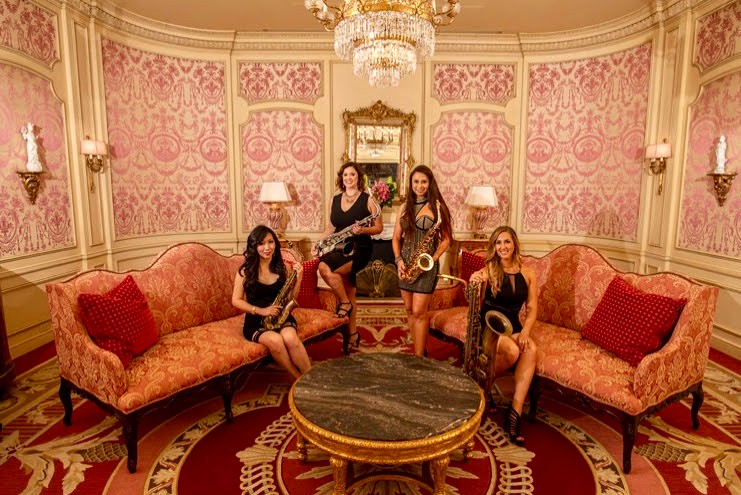 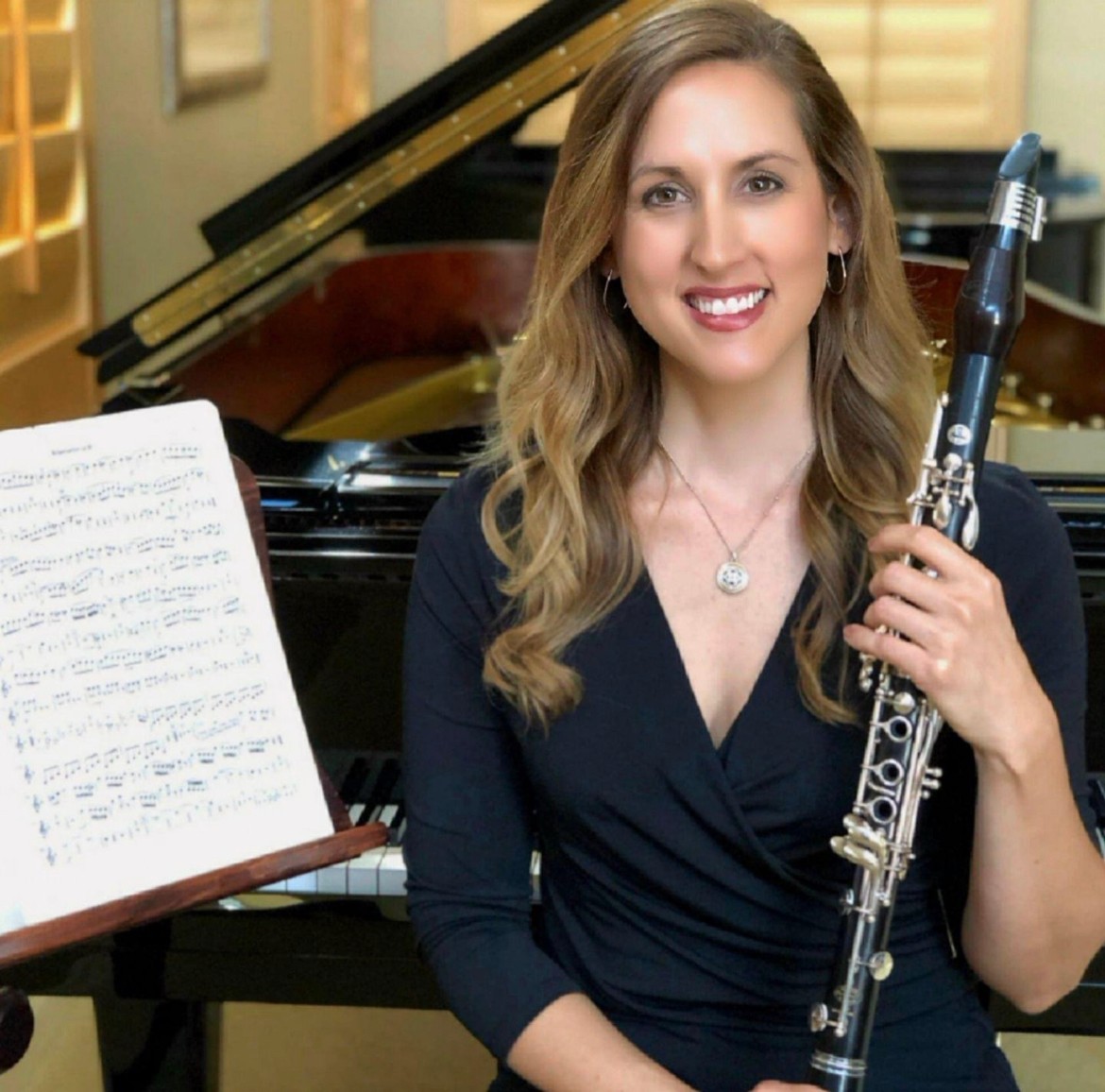 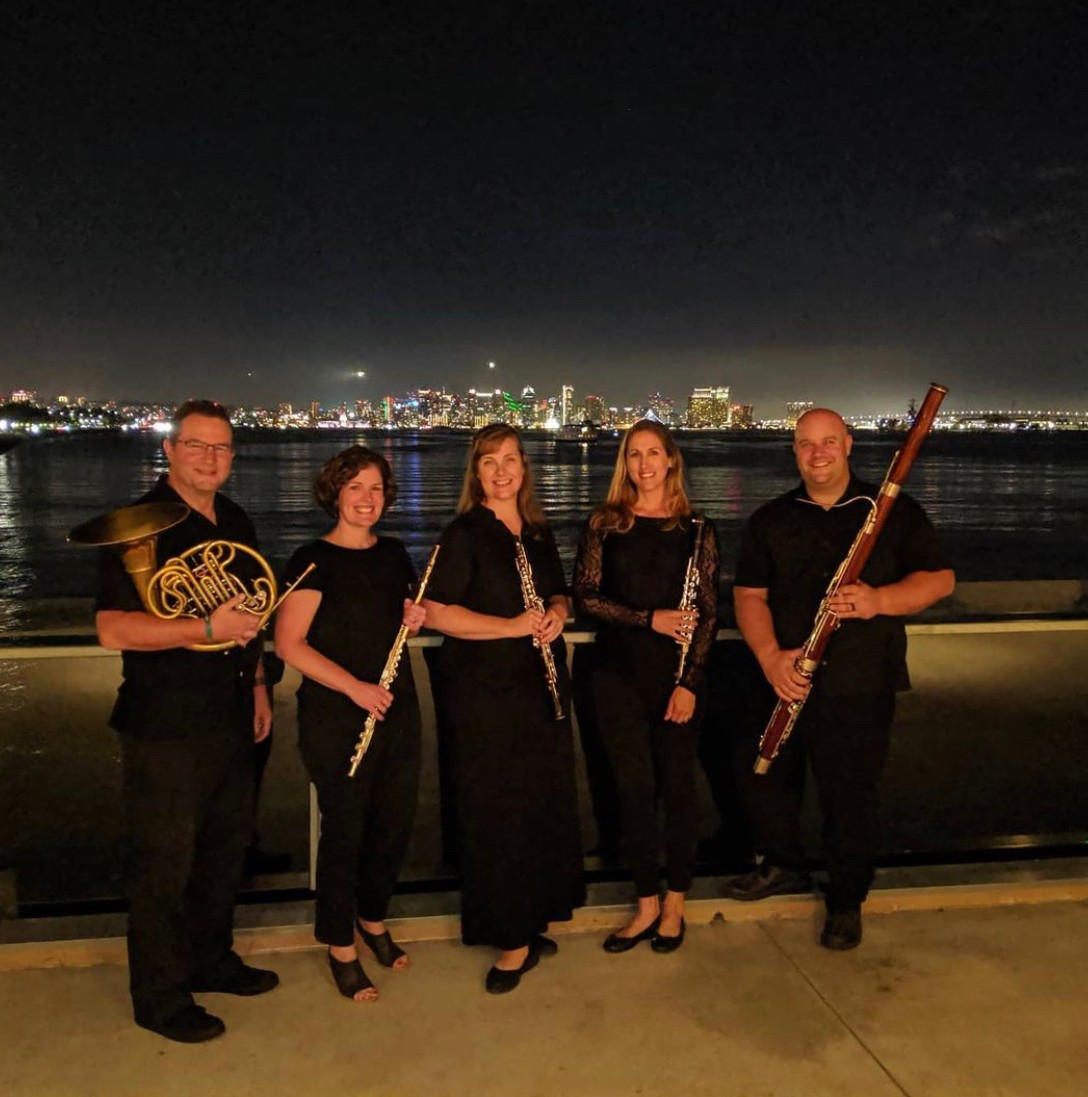 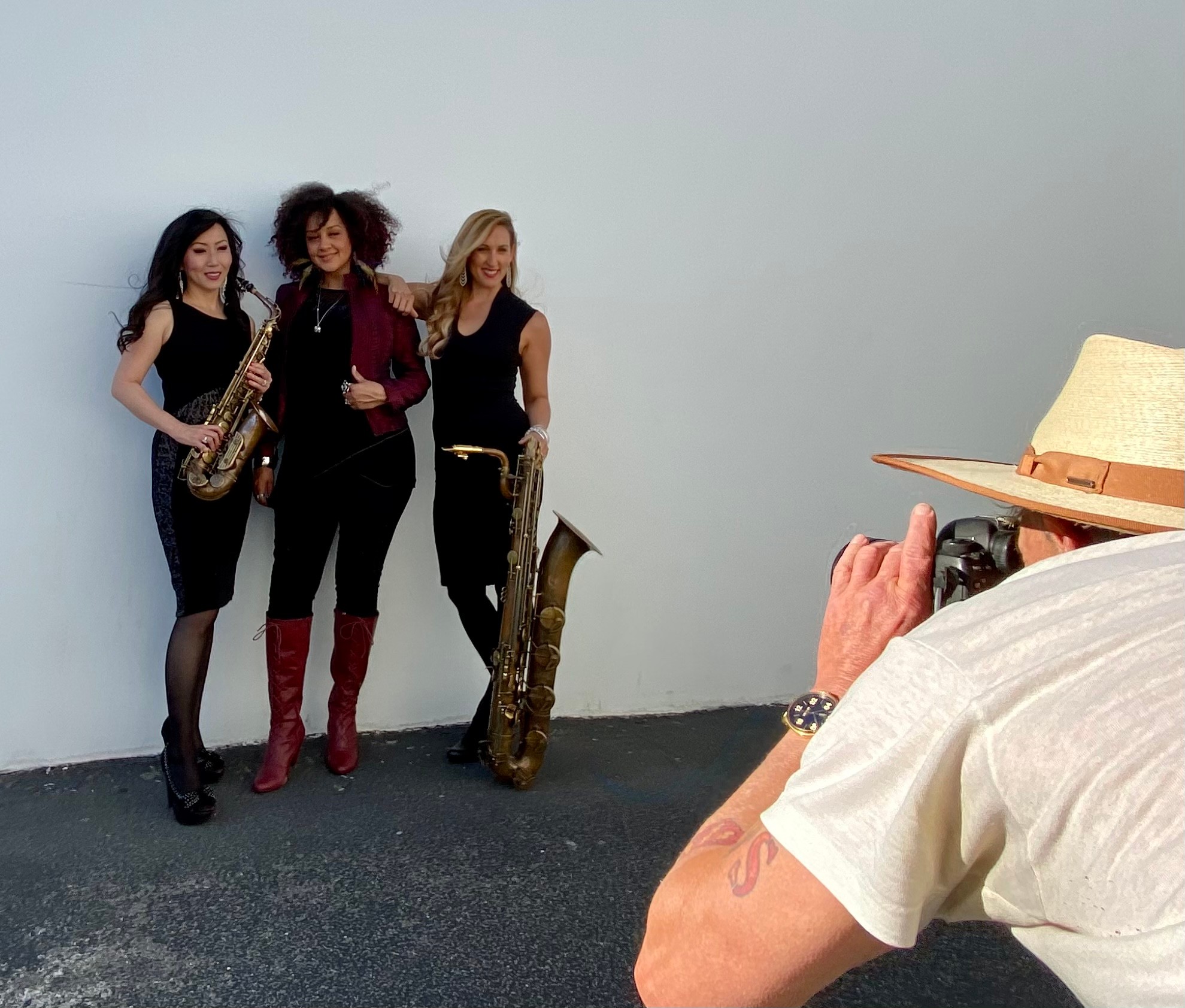 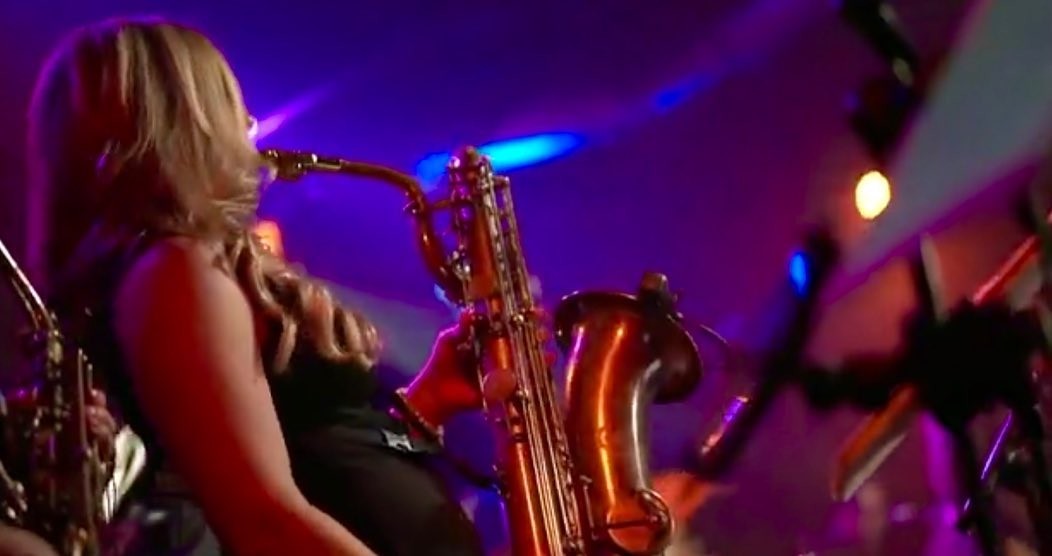 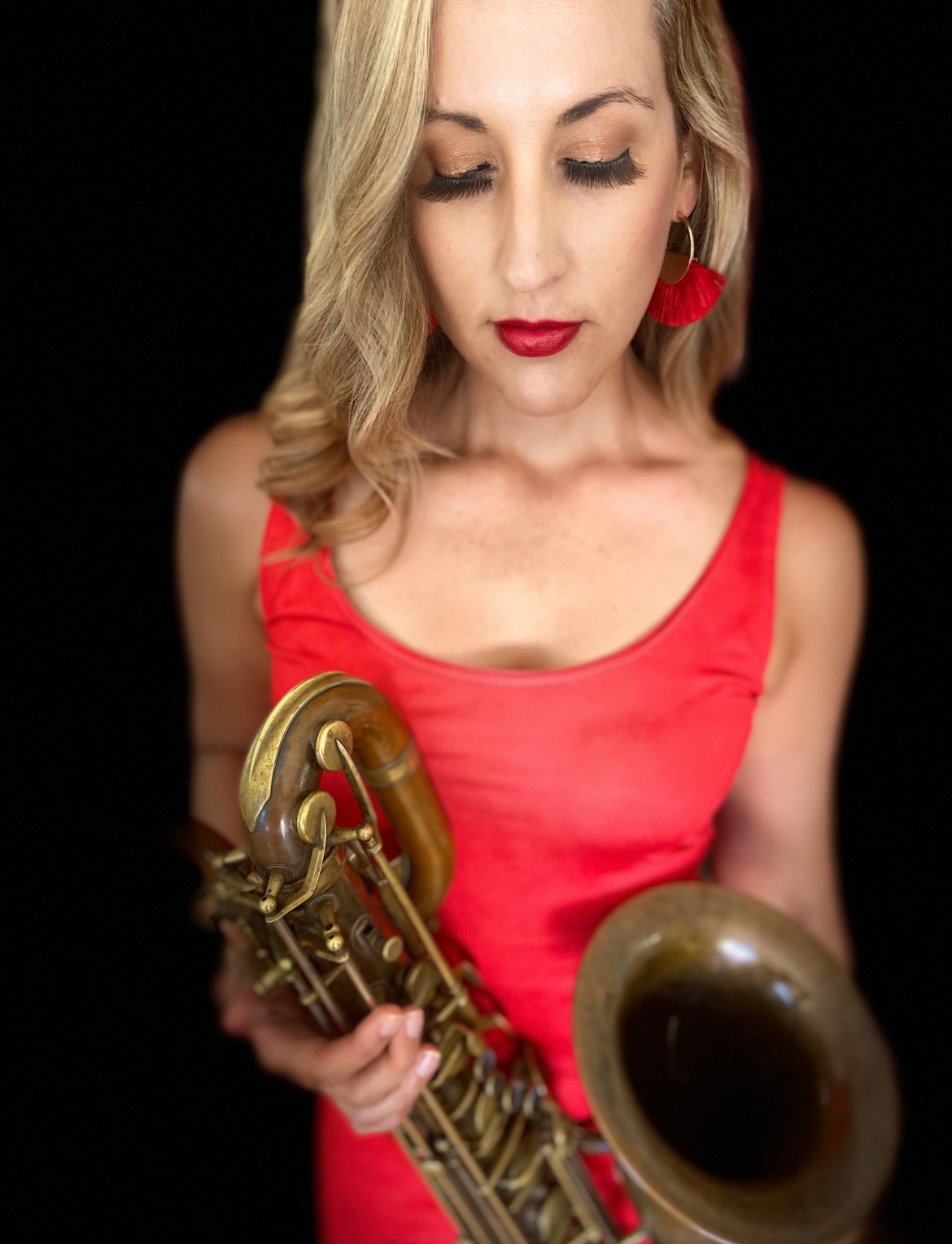 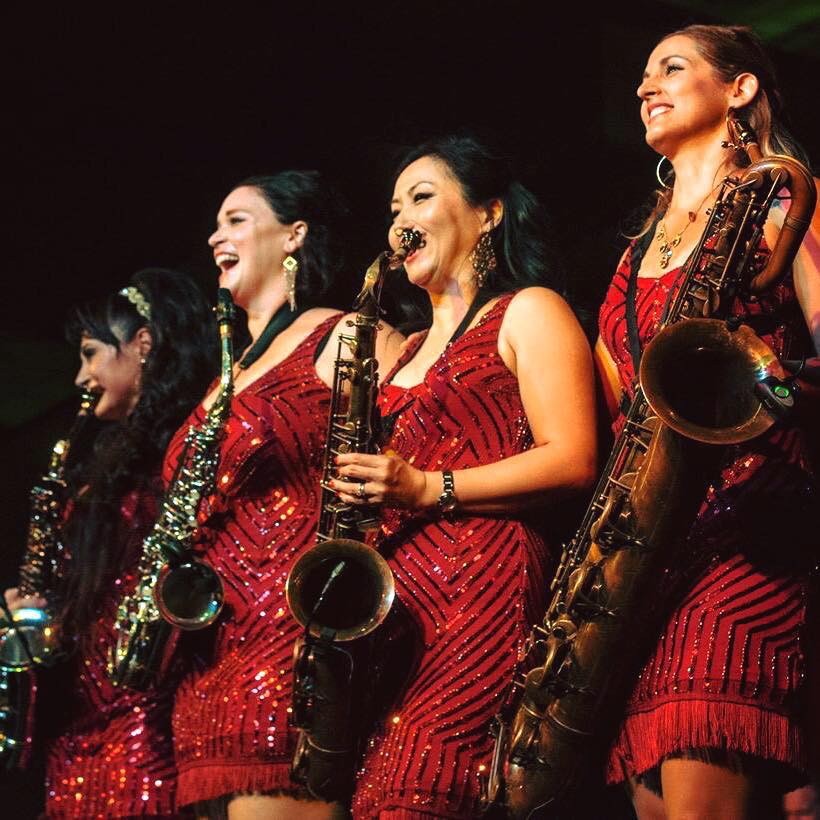 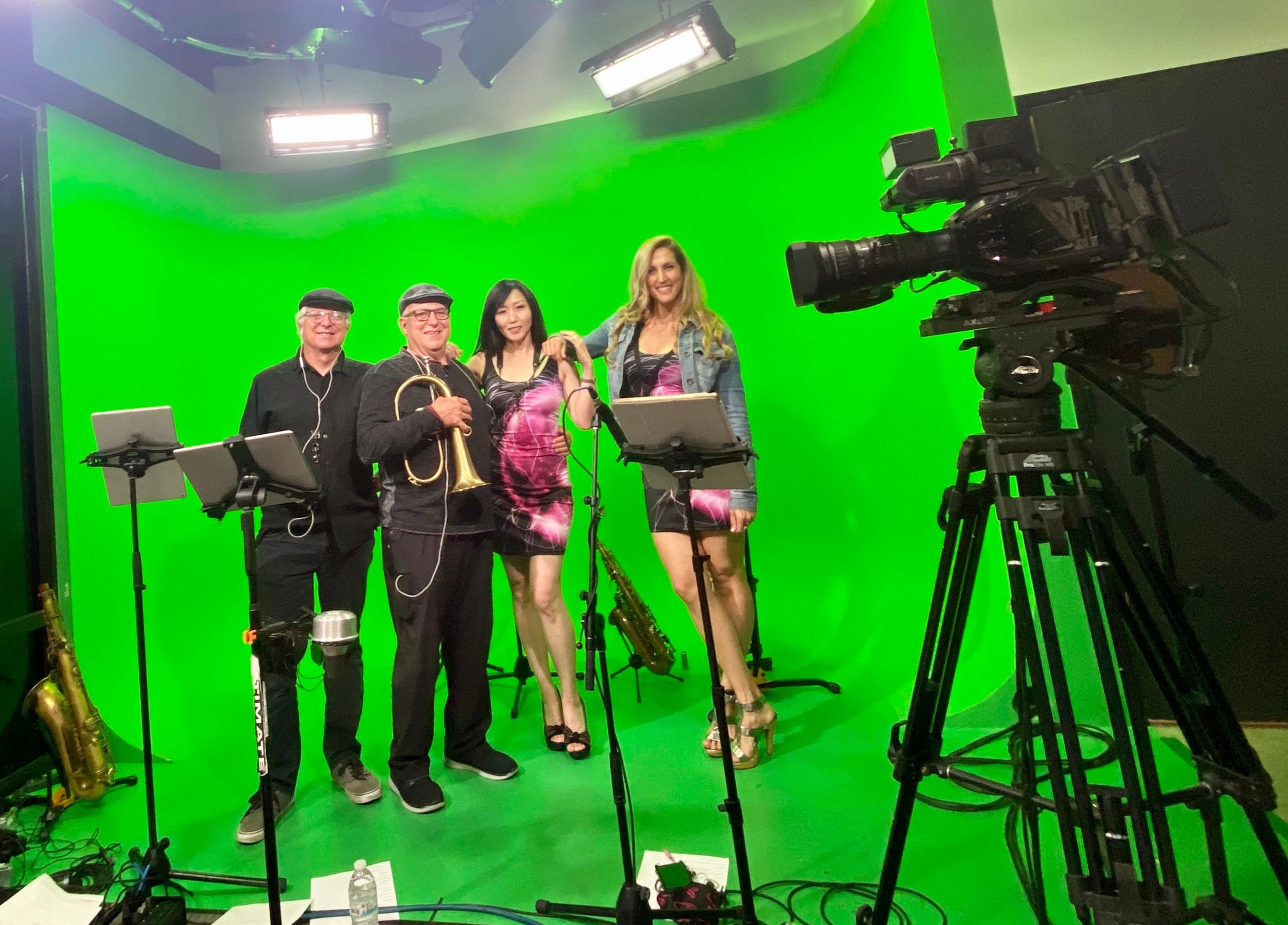