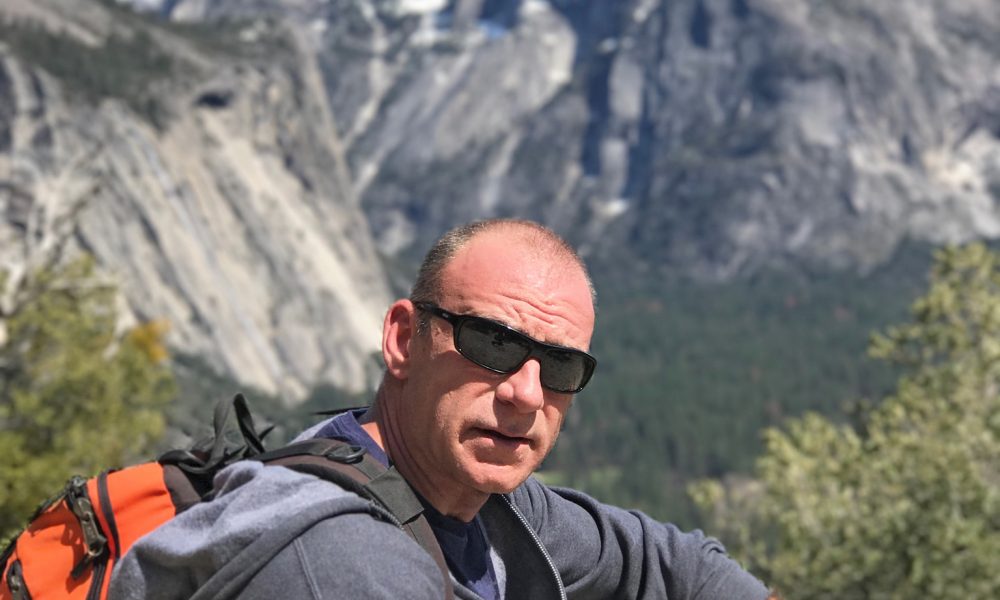 Today we’d like to introduce you to Art Wager.

So, before we jump into specific questions about the business, why don’t you give us some details about you and your story.
I’ve always had a love for photography. My parents gave me my first 35mm camera when I was about 13 years old, and it grew from there as a hobby. I moved from NY to California after leaving college and began a career in law enforcement with the San Diego Sheriff’s Department working various stations and details throughout the county, while maintaining and expanding my photography hobby. I set up a dark room in a laundry room and started processing my own black and white shots (all film) and in the year 2000, I scanned a shot I took of the sand dunes in Glamis, CA at kinko’s (this was well before the rise of digital) and posted the file online to an off-road website/blog. I was shocked when people started to contact me asking to buy a framed print of the shot. I started sending them out with a bill without any way to be paid for them prior to shipping. Every single person that wanted one sent me a check for the photograph. I then started wondering and dreaming about attempting to make photography a career. Don’t get me wrong, I loved my job with the sheriff and didn’t really consider the possibility seriously.

In 2006, I reluctantly went digital purchasing my first DSLR – a Nikon D-200. I was amazed at the quality of the shots and the immediate satisfaction of seeing my work right away. I purchased photoshop and started to learn how to properly edit digital photos and spent numerous hours at the computer. I had no idea how I could turn what I was doing into a way to actually make some money.

One day in late 2007, while surfing the internet related to photography, I learned of stock photography. This was a brand new concept for me. I learned that thousands of companies and individuals world-wide purchased limited rights to use photographs in advertising, magazines, promotions, artistic sales, etc… and there were companies that marketed these photos and paid the photographers who contributed to their libraries a royalty per sale of the image. That’s was when I started applying to various stock photo companies online around the nation. I was rejected numerous times until finally in early 2008 I was accepted as a contributor to Istockphoto. My images began to sell and I found the more I contributed, the more sales I received, and the bigger the royalty check at the end of the month! This was something that greatly excited me and I saw some potential in maybe, just maybe, being able to earn enough money to pay for my road trips to the wilderness to shoot, lenses, and maybe even be able to upgrade cameras. Several years passed as I continued to sell through Istockphoto and then they were purchased by Getty Images – which was, and still is, the world’s leading stock photography company.

In 2014, I was averaging maybe 100 a month in royalties which was just fine as it did fund my new lens purchases and allowed me to upgrade my camera.

In late 2015, I happened upon “The Secret”, a documentary on Netflix which basically was all about taking the risk, visualizing success, and happiness. While I was committed to my career with the sheriff, having been promoted to the rank of lieutenant in 2011, I started to believe that I actually could, with the right mindset, take my photography to the next level. Two weeks later, I completed my retirement package and two months after that, I left the department.

Since, my work has been published throughout the world licensed through the stock photo companies including 4 book covers and 1 magazine cover. I have traveled to 11 national parks, photographing each while off-roading and camping out alone. I have begun to do aerial photography chartering helicopters and shooting various urban cityscapes for Getty Images and Istockphoto, conducted commercial photo shoots, rented retail space at Leaping Lotus in Solana Beach for fine-art prints, and was recently awarded the contract to provide photographic art to a downtown San Diego high rise condominium for 18 large framed prints which were installed this week.

While I have a long way to go, I truly believe that once you set your mind to something, believe you can do it, overcome the rejection and nay-sayers, anything is possible. I am truly living my dream right now.

We’re always bombarded by how great it is to pursue your passion, etc – but we’ve spoken with enough people to know that it’s not always easy. Overall, would you say things have been easy for you?
Oh no… some of the struggles have been multiple rejections from various stock photo companies prior to finally being accepted by Istockphoto in 2008. I have also been told by many people that I was crazy for leaving law enforcement. I was advised by numerous people that I was making a mistake.

You just need to believe in yourself in order to make the change for the better. Don’t listen to critics.

We’d love to hear more about your business.
Stock photography for the most part – submitting images to the Getty Images family of companies for license. Fine art prints sold through my rented retail space, and word-of-mouth print sales and sales through my online store on Etsy.com.

I recently completed my largest client contract with a downtown high-rise building. I supplied them with 18 large framed limited edition fine art prints and had them installed last week.

What were you like growing up?
Growing up I was active, happy, and had a very supportive mom who encouraged me to chase my dreams. Interests were photography, school, art, books, travel.