Meet Belle of The Patriot Belle in San Diego 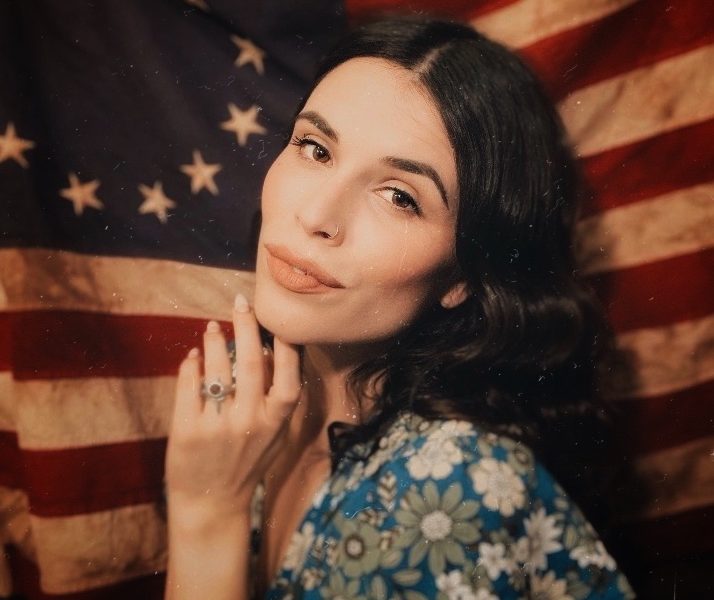 Belle, can you briefly walk us through your story – how you started and how you got to where you are today.
Howdy, I’m The Patriot Belle. I was raised on my mother’s resilience and molded by the tales of my family’s lineage, which were handed down to me by my grandparents and great-grandmothers. From birth, I was taught courage and sacrifice thanks to my father’s service to the country as a Sheriff’s detective and SWAT officer. As a child, I adored art and history and spent much of my free time creating or reading about the lives and customs of our ancestors. Additionally, I found my shine early underwater with a successful swimming career and was highly recruited in high school, eventually earning a scholarship to swim in college at a Division I university where I planned to major in American studies with an emphasis in Native American History. My dreams were altered; however, after being diagnosed with an aggressive auto-immune & cardiac condition during my first season, which eventually left me unable to swim at an elite level. Losing a significant part of my identity had left me shattered; however, with the help of disability services from the university, I was able to continue with my university studies. While in school I became involved in the Native American Community Center on campus and even learned to manage my health limitations to the point where I was able to accept a summer job at a Native American reservation nearby. Devastatingly, while at the university and on the reservation, I became the victim of severe trauma, the effects of which I still struggle against to this day. This experience, combined with my health, had torched my joy and suffocated my hope- however, as a woman of spirit & grit, I would not be broken. I held fast to my dreams and transferred to a school that was accommodating to my health, so much so that they even modified a swim schedule to within my bodily limitations, which propelled me to be able to strengthen my body to the point where I was able to earn multiple NAIA National & All-American Varsity Swimming titles. Furthermore, by working with the school’s disability support, we were able to adapt my education to my specific medical needs, which allowed me to earn an education in Visual Communication Arts and American Preservation Studies before graduating from one of the top art & design schools in the country.

My story of survival has led me to today, where I find myself bride to my college sweetheart, a man I had met poolside after having resurrected my dreams. I was not looking for love; however, it found me in his hazel eyes. Our love story began after my health had declined, and the invisible wounds had emerged, yet he looked at me as if I was made of stars. Through the years of loving me, he has shared the weight of my burdens. While still in college, he was my friend, love, and often my caretaker when I needed extra help. He became my champion. After graduation, he asked me to be not only his wife but a military wife- as he had decided to join the Navy. I packed my things, leaving all that I knew, and moved cross country for the man I loved to support his dream, as he has always done for mine. Soon after we had our first child, a son, four months later we moved to his first duty station, and we had quite a shock when we found out we were expecting a baby girl, who would be born in the middle of my husband’s first deployment.

The deployment’s separation and the increasingly delicate state of my health left me feeling extremely isolated, exhausted, and anxious, stirring the effects of trauma which I had repressed for years. I began to stop leaving the house, and my health rapidly deteriorated as a result. As a mother and military wife, I recognized just how vital my health and happiness were and refused to let darkness shape the lives of my children, nor jeopardize the mission of my patriot. With the help of my husband, family, and community, I embraced my vulnerability and reached out for support. I began to utilize my artistry and education as a means to heal, by adding purpose to my life, giving me a means to support my family with the freedom to put our wellness first and served as a way to honor our country. This empowered me to reignite my spark for life, which spurred me to rise from the ashes, reborn as The Patriot Belle.

Belle was a nickname my family called me as a child because I was always beautifully smiling, a term of endearment that I have since passed on to my daughter who seems to find beauty in even the simplest of things. The Patriot Belle is my warrior’s cry. It is me reclaiming my joy and signifies my spirit’s return to hopefulness. The Patriot Belle’s voice is thus one of American Liberty. It is the voice of a beautiful force to be reckoned with that rings out with steadfast hope on even the darkest of nights and seeks to courageously serve others with its light. The Patriot Belle remains authentic in the values of honor, preservation, & community. I stand tall and proud, rooted in grace as a way to revive the heart of the modern patriot through the embodiment of the American dream. I am The Patriot Belle, a fiercely spirited bombshell with the bones of my ancestor’s independence and the blood of freedom on fire.

The Patriot Belle – what should we know? What do you guys do best? What sets you apart from the competition?
The Patriot Belle is a fine artist and visual storyteller that focuses on the topics of Americana, Branding & Publication, Patriot Support, Thriving Despite Adversity, and Timeless Life & Style. Ten percent of all artistry earnings are donated to foundations whose mission is to support our Nation’s warriors and their resilient families.

What is “success” or “successful” for you?
Personally, I feel that to touch someone’s heart is the biggest form of success and is a feeling that can be treasured for a lifetime. In my belief, success should not be measured by monetary value, but rather by the light that you are able to pass onto others around you. 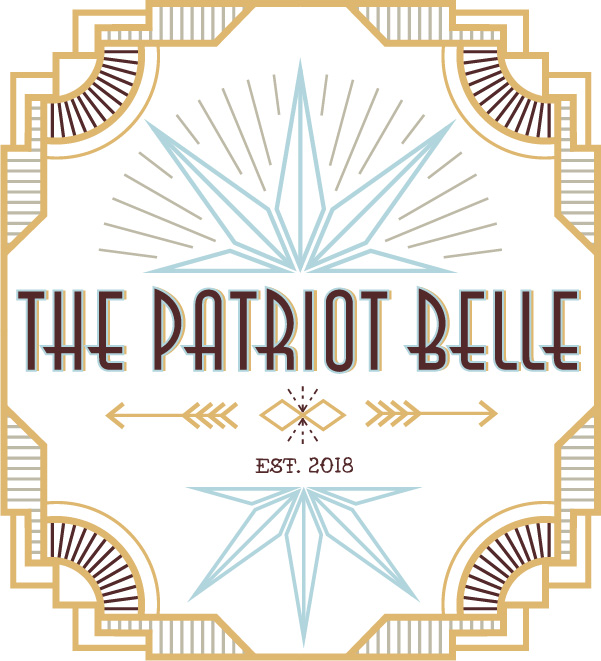 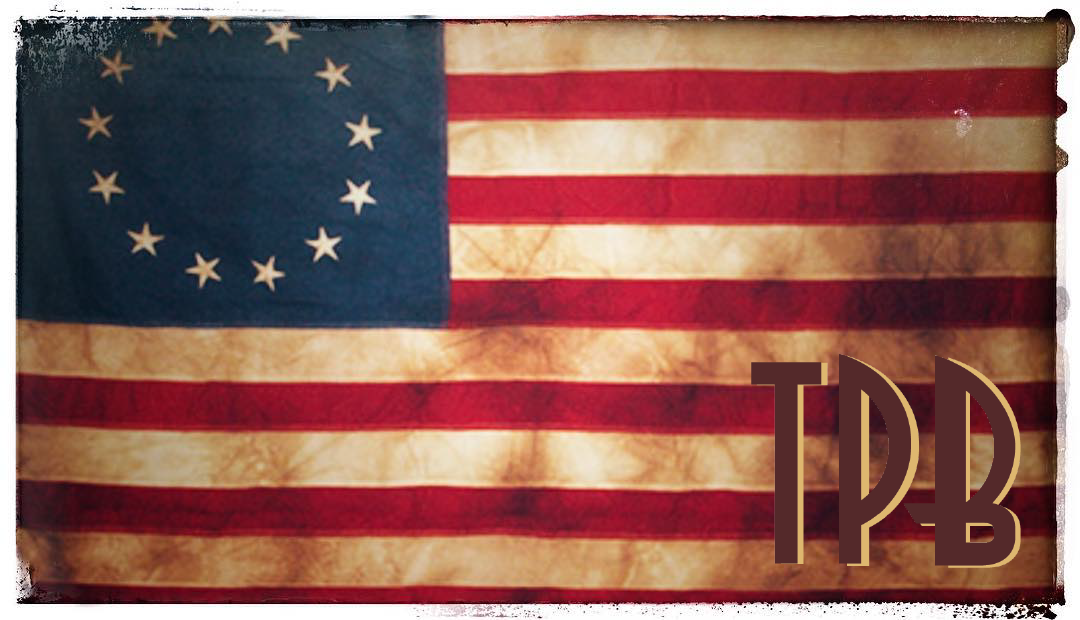 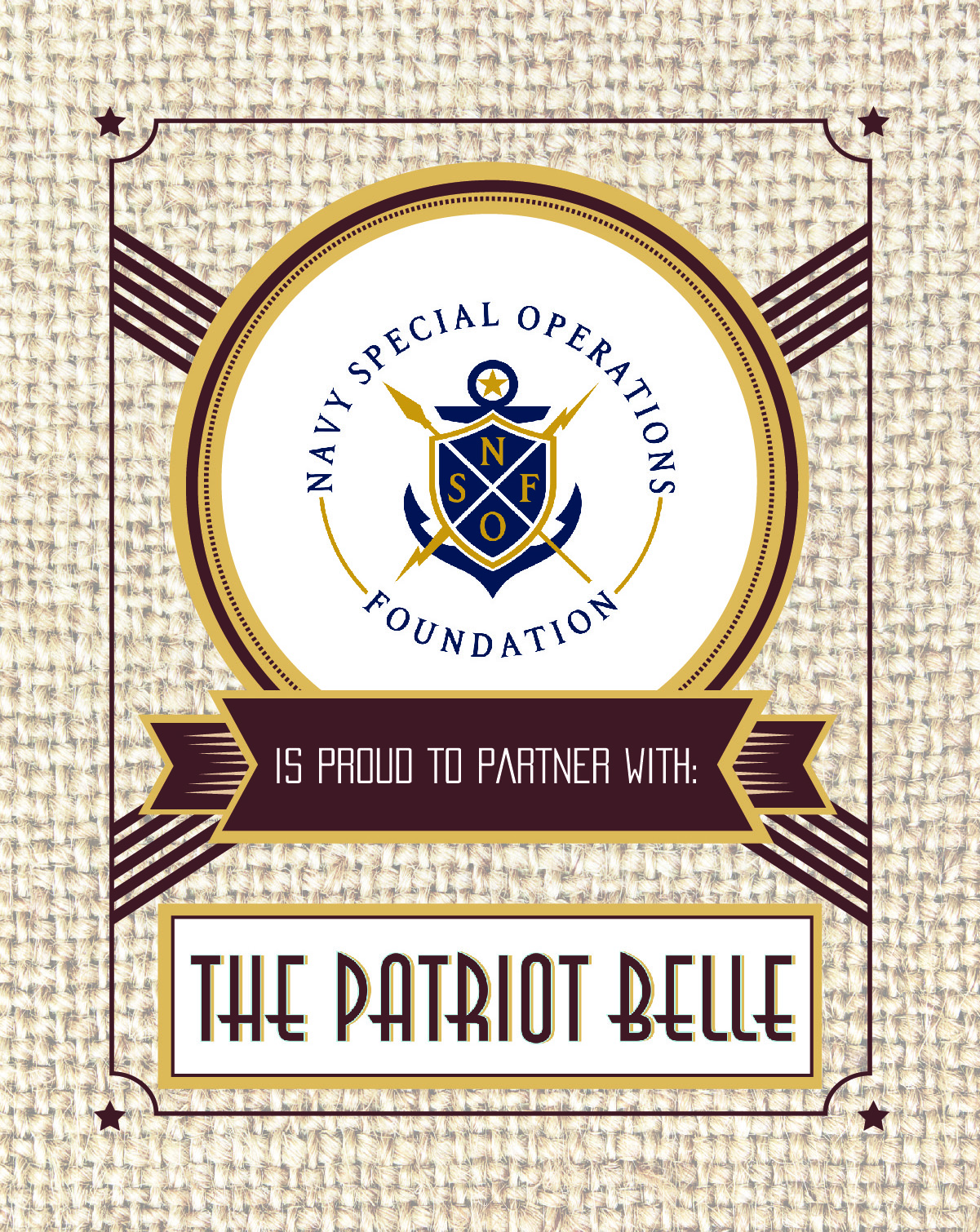 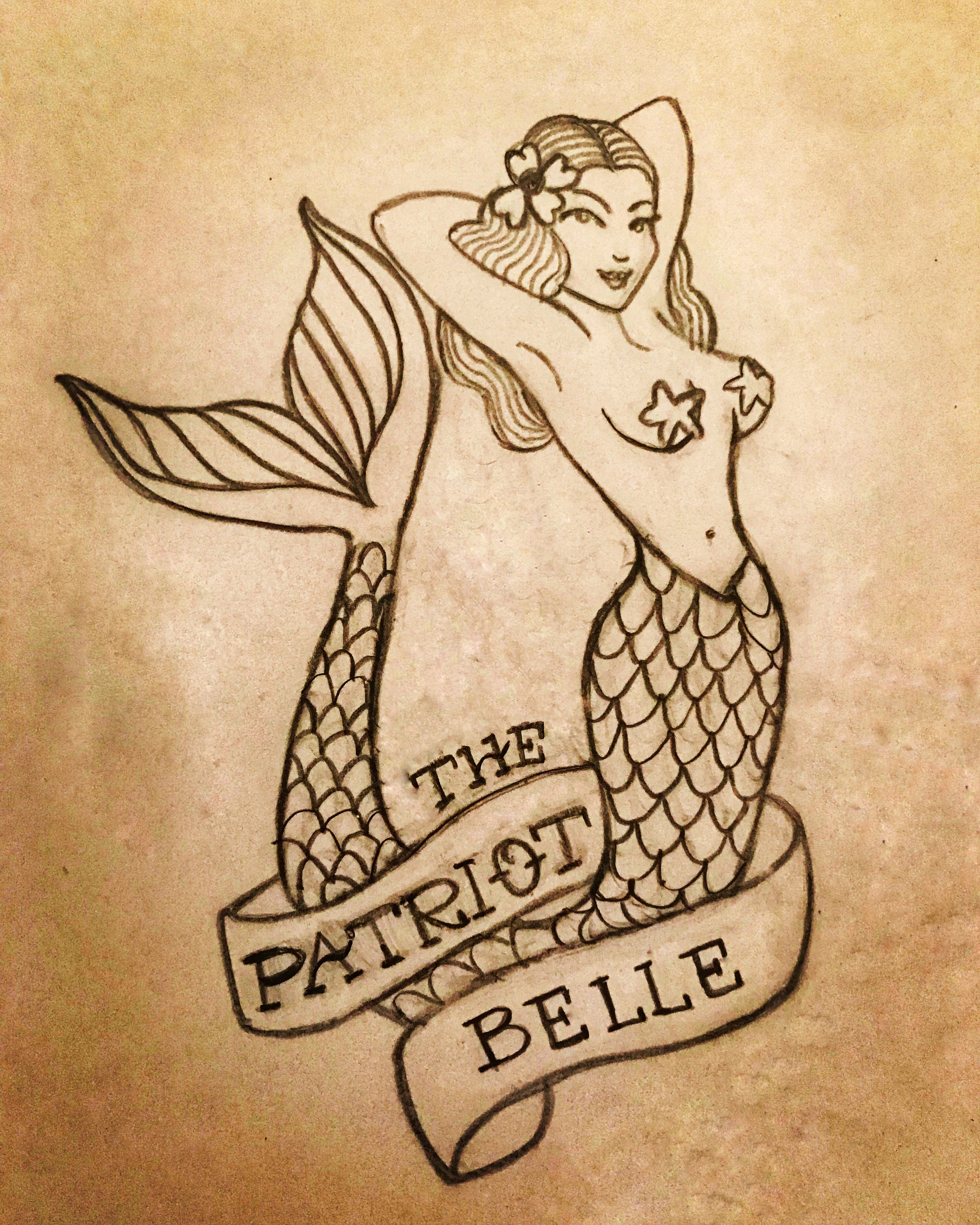 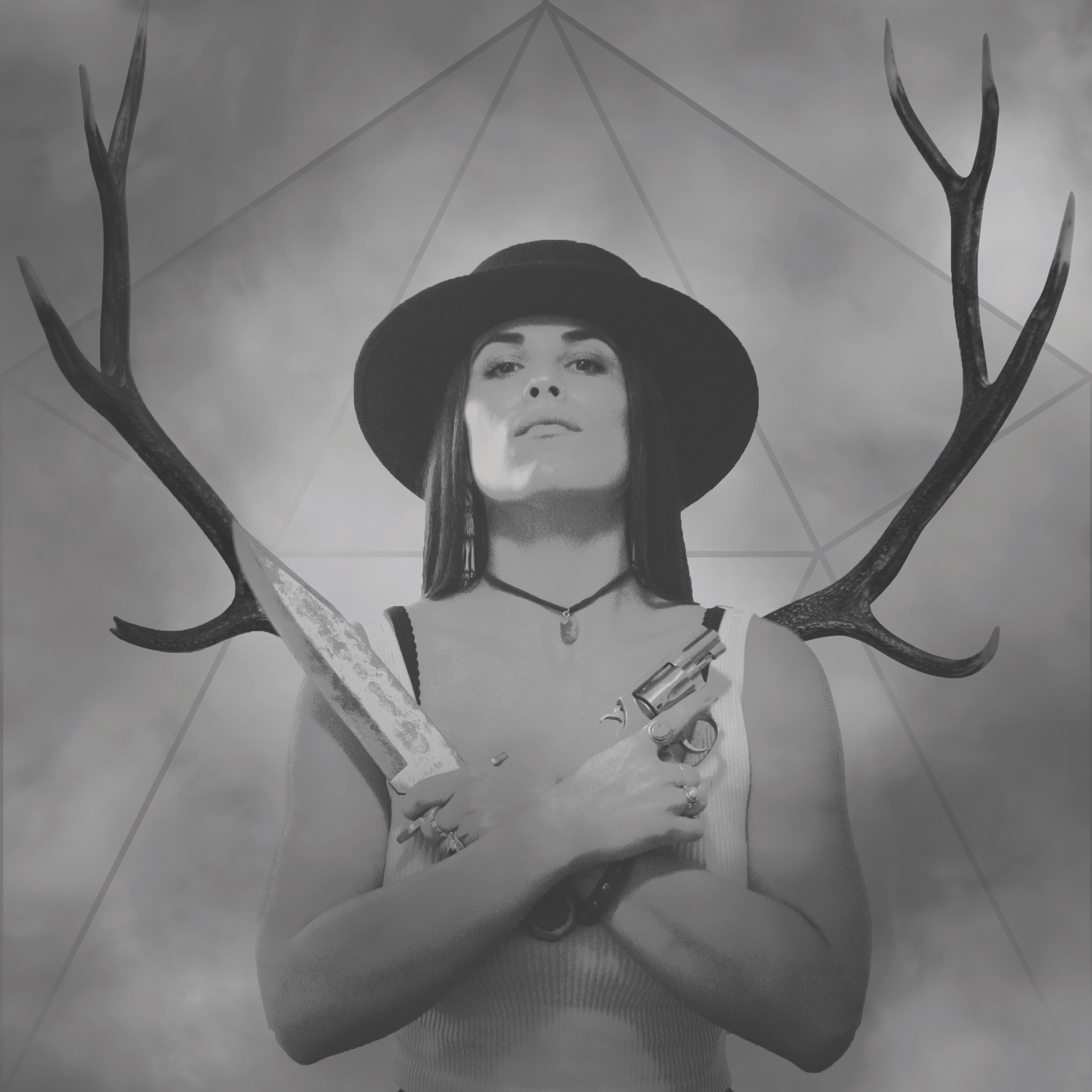 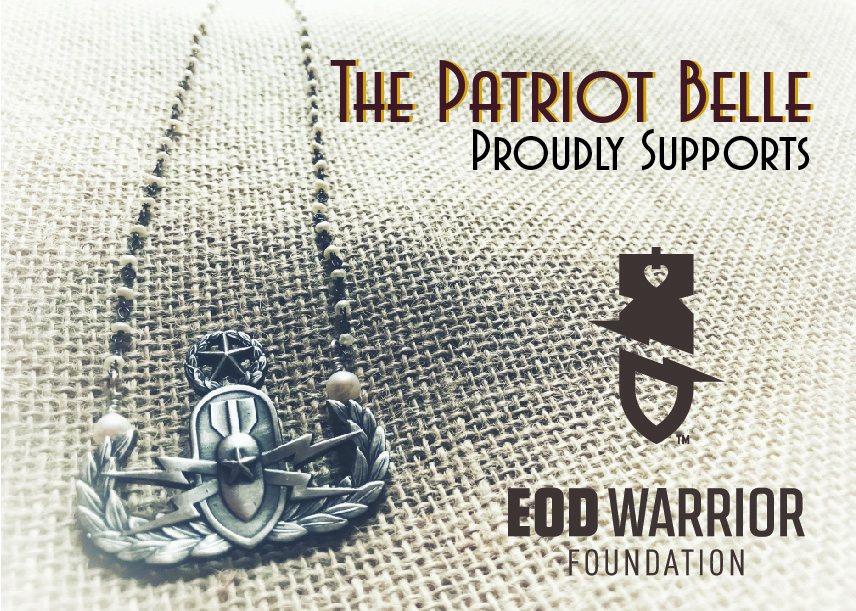