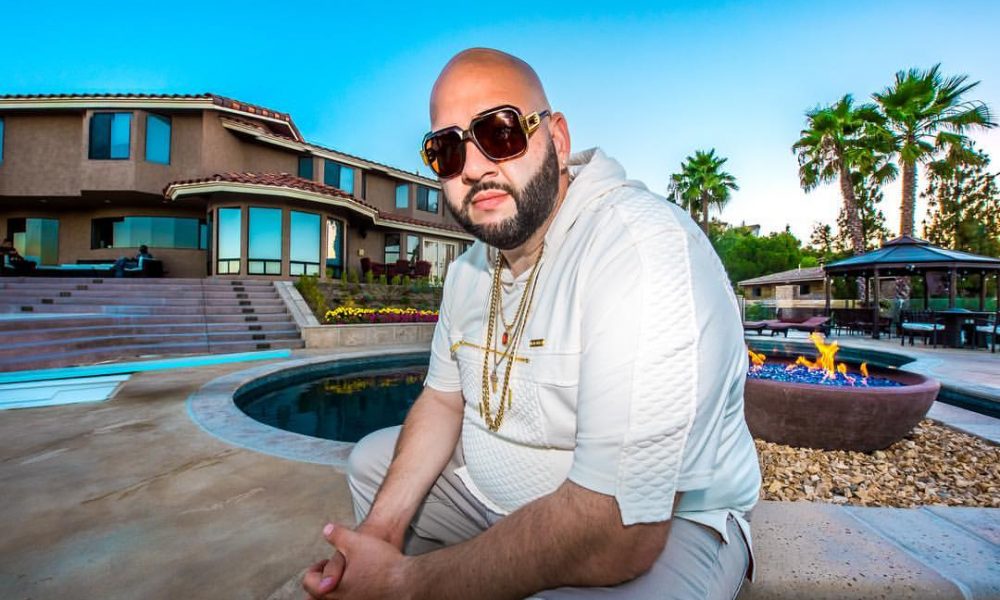 Today we’d like to introduce you to Biggie Babylon.

Thanks for sharing your story with us Biggie. So, let’s start at the beginning and we can move on from there.
When I was 14 I started working daily after school at my father’s liquor store in one of the toughest neighborhoods of South East San Diego. Even though I grew up in the upper-middle-class Chaldean community of Rancho San Diego, Mike’s Market on 36th and Ocean View is where I spent most of my youth and where I learned a lot about business and life. Even though I was being educated in private schools, I was learning a lot more about real life working at the liquor store and dealing with gangsters, drunks, crackheads, pimps, prostitutes, and the regular hard working people. I feel like I got an education that not too many people did! When I turned twenty-one, it was time for me to start my own business.

With the help of my father and uncle, I opened up a check cashing and cellular store right across the street from Mike’s Market and ran the place for nine years. During those nine years, I flourished as an entrepreneur and started to dabble in the entertainment business. I started a record label and began managing a hip-hop artist named TIMZ who’s music video, “Iraq” went viral in 2006. I also opened a medical marijuana dispensary right next door to the Check Cashing business called Babylon’s Garden in 2011. When that got shut down by the city, I turned it into a delivery service and got into growing cannabis through my non-profit collective.

Throughout the time my main passion was entertainment. We were doing really well with music and I decided to open a music studio for TIMZ to be able to work on a new album. But as soon as the studio was ready, TIMZ ended up getting a full scholarship to law school and I couldn’t convince him to turn it down. Those opportunities don’t come around all the time so I convinced him to take it even though I knew his music career would be put on hold.

I still loved being involved with music so I set out to find a new artist to invest time and money into. I made a list of what I was looking for and after reading the list back, I realized that it was me all along that I was searching for, except I had never rapped before. I decided to write some funny songs and record them myself using skills I learned from years of watching producers work in the studio. One day a really good producer that I had worked with in the past with TIMZ came by and heard my funny songs and was enthusiastic about producing for me.

A couple days later I recorded my first professional quality song called “Home Run Hitta.” After hearing the song mixed and mastered, I knew that I could do this for real and Entre-P the rapper was born. I released my first album, all produced by Josh Franks, “C.E.O.G.” which got me a lot of critical acclaim throughout San Diego and I was getting featured and reviewed in magazines like the San Diego Reader and the San Diego City Beat. I started getting invited to open up for big acts like Ty Dolla Sign at the House of Blues and again for Mobb Deep at the House of Blues among other shows around Southern California.

I knew I had something good because I was receiving a lot of attention and notoriety around town in the music scene. I guess it helps to be 6′ 2″ and 350 lbs! Even though my passion was music, it was always more of a hobby because my businesses were my priority. Then one day I got robbed at gunpoint at my check cashing store and as I was on my knees with a gun to my head and watching the thief go through my safe, I decided that I didn’t want to do this anymore. A couple months later I closed the shop down and started focusing more on music and the cannabis industry.

I got a call from a record label exec in 2014 from Bungalow records which were under Universal Records. After a few meetings in LA, they convinced me to move to Los Angeles and pursue music full time. So I did. I changed my rap name to Biggie Babylon and started sporting a new look. Then I got the contract they were talking about which turned out to be a really bad contract that could have had me locked in for seven years. I turned it down but remained in Los Angeles and started learning to be an actor.

I enrolled at the Beverly Hills Playhouse acting school and realized that I have a natural ability to act. However, after realizing what the time it takes to be a successful actor in LA, I realized that I was not meant to be an actor. I wasn’t going to sit around and wait for auditions for the next ten years to get a one-liner in a TV show. I would have to produce my own stuff and cast myself as the star actor. That’s when I decided to move back to San Diego and get back into the cannabis industry because everybody I taught about the industry ended up getting into it and making a lot of money.

I came home and started Canna Goods USA which is a branding and packaging company for the cannabis industry. I also got back into the studio with JF and we started working on an album together called #HipHopNdance. Our first single, “Summer Boo” went on to reach #9 Digital Radio Trackers global charts for independent artists. We started getting booked on more shows in San Diego.

In 2016 & 2017 I won Z90 FM radio’s “Hotshot” contest an unprecedented 3 times. I was doing radio interviews with stations up and down California in major markets like San Francisco, Los Angeles, Fresno, Bakersfield, Palm Springs and more. The #HipHopNdance album was nominated in 2017 for best hip-hop album by the San Diego Music Awards and we started getting booked for shows internationally including Mexico and Dubai. All while continuing to run Canna Goods and bringing back Babylon’s Garden brand.

Late last year I figured out a perfect way to market my music and combine my cannabis business. With Canna Goods we specialize in packaging marijuana in little cans that look like cat food cans. We package marijuana for growers, dispensaries, and entrepreneurs who love our cans because we are able to white label for them and help them build their own brands. One day I took one of the cans and filled it with a flash drive with my music, 2 pre-roll joints, and a gram of some Babylon O.G. Kush, sealed it in one of our cans, and labeled it with our album promo and links. I called it the “DJ Loud Pack.”

I have been marketing and promoting my music in these cans ever since. The word spread nationwide about these cans and has opened up more doors recently than I can have ever imagined. I am getting booked everywhere and my popularity has never been as high as it is right now. I have big plans on hitting the road on a nationwide tour where I can promote my music and offer Canna Goods services to those interested in weed legal states. The future looks bright for Biggie Babylon.

Great, so let’s dig a little deeper into the story – has it been an easy path overall and if not, what were the challenges you’ve had to overcome?
Being one of the first Chaldean people in my community to take the music business seriously, I have come across a lot of people who don’t take what I am doing seriously so it is hard to get the kind of support I was hoping for when I first started out. Also being an independent artist these days is a good thing and a bad thing. These days, we have all the same opportunities as the major labels but without the budget.

Everything I have done with music up to this point has been paid for by myself. It is expensive to compete with the major record labels and I have put my life savings into music. I am at the point now where I need a major influx of cash to continue doing things at the level they need to be done. Since I have never been the type to ask anyone for money, I am trying to raise the capital myself through the cannabis industry. I am really close to accomplishing what I want to and not owing anybody anything! Not many people can say that in this industry.

Please tell us about Babylon’s Garden.
Canna Goods USA is a packaging and branding solution for cannabis companies. We help people set themselves apart in this industry by providing unique packaging and creative services. We specialize in nitrogen sealed canned weed in aluminum cans that are about the size of a cat food can.

What makes us special is that we don’t keep the unique packaging to ourselves. We help other companies and entrepreneurs get into the business and build a brand name that can last forever. I would rather make a small piece of profit from 100 companies than all the profit from one company. But I still do have my own name brand that I push called Babylon’s Garden.

Do you look back particularly fondly on any memories from childhood?
Going to Chargers and Padres games with my parents and brothers. 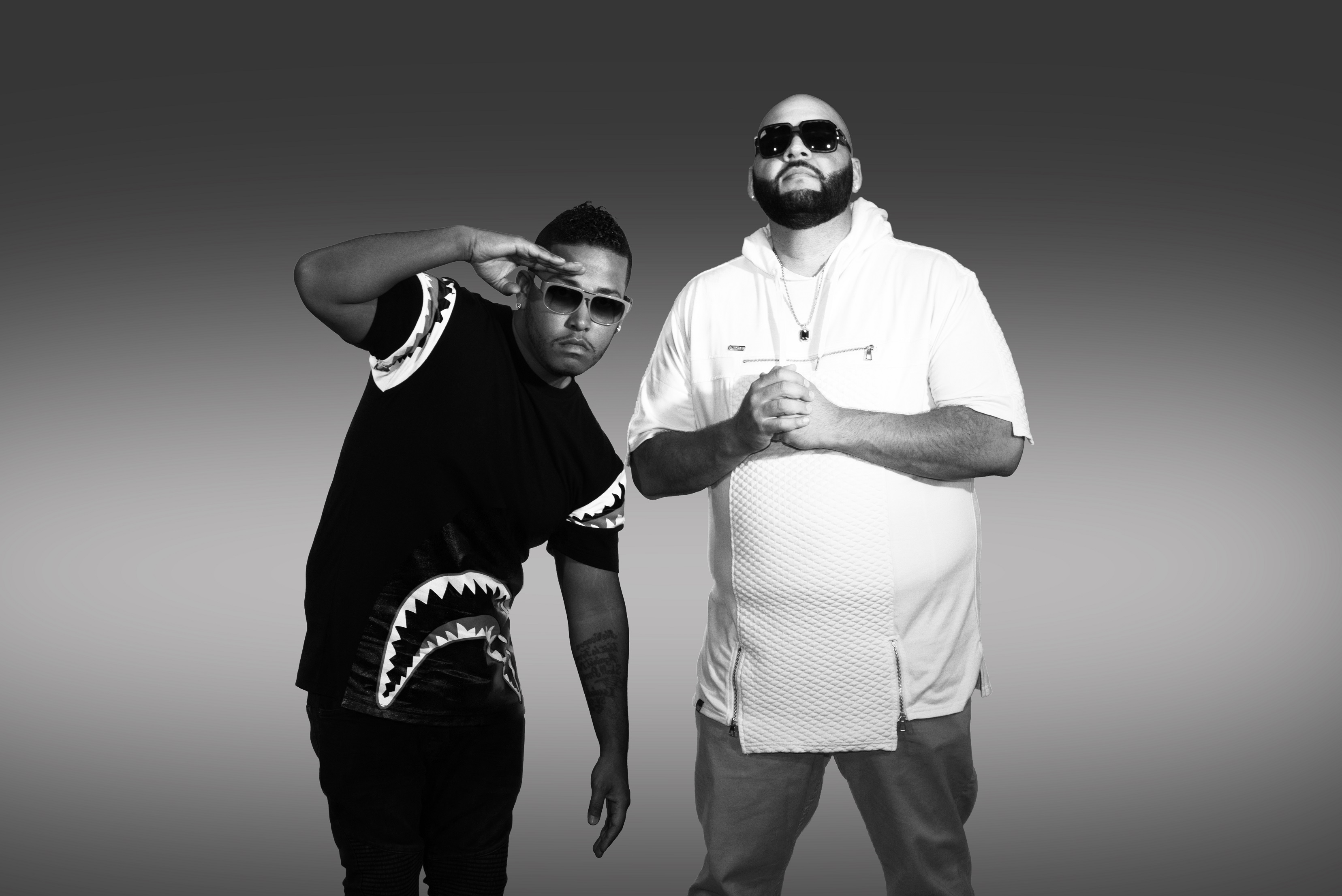 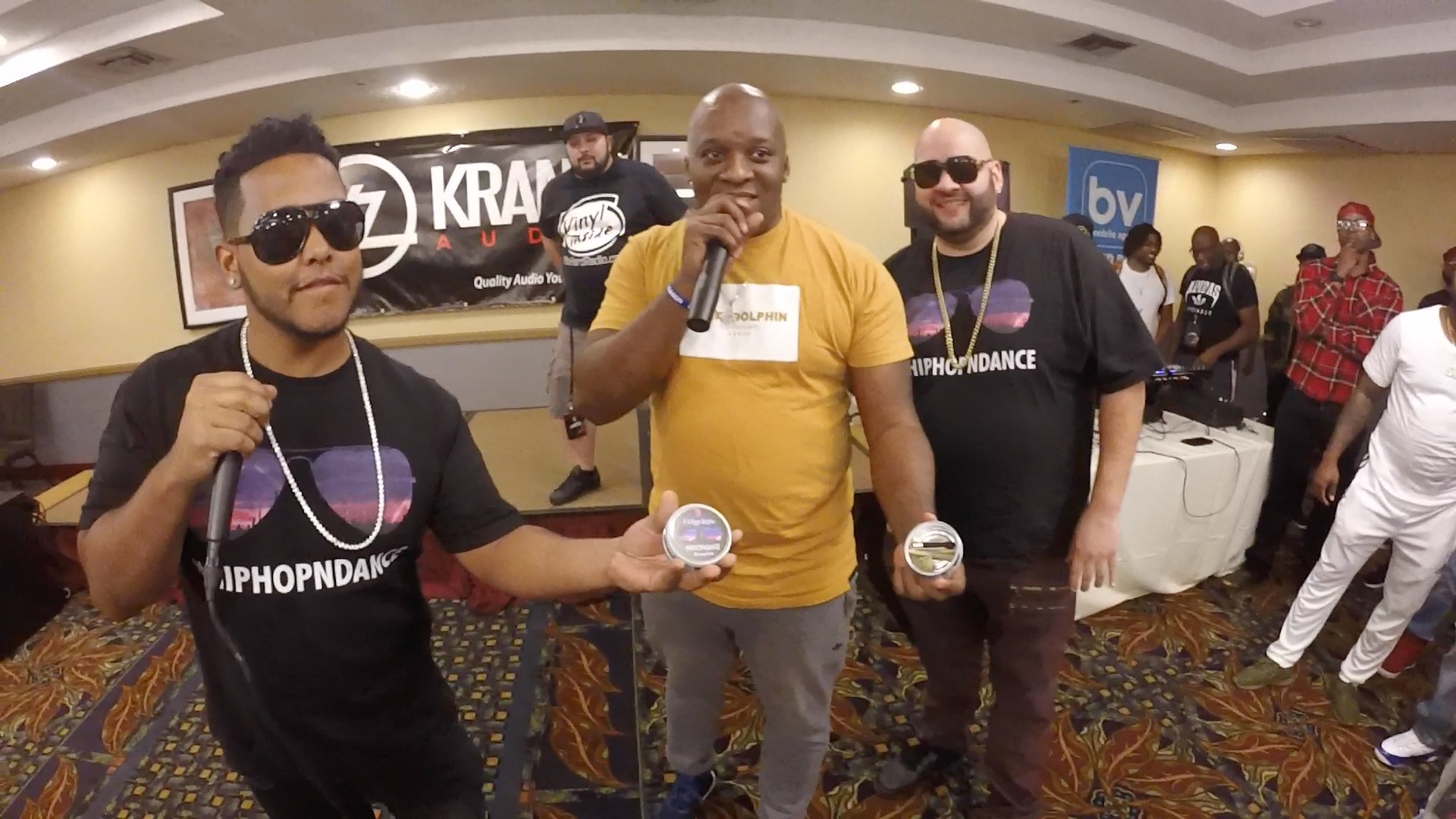 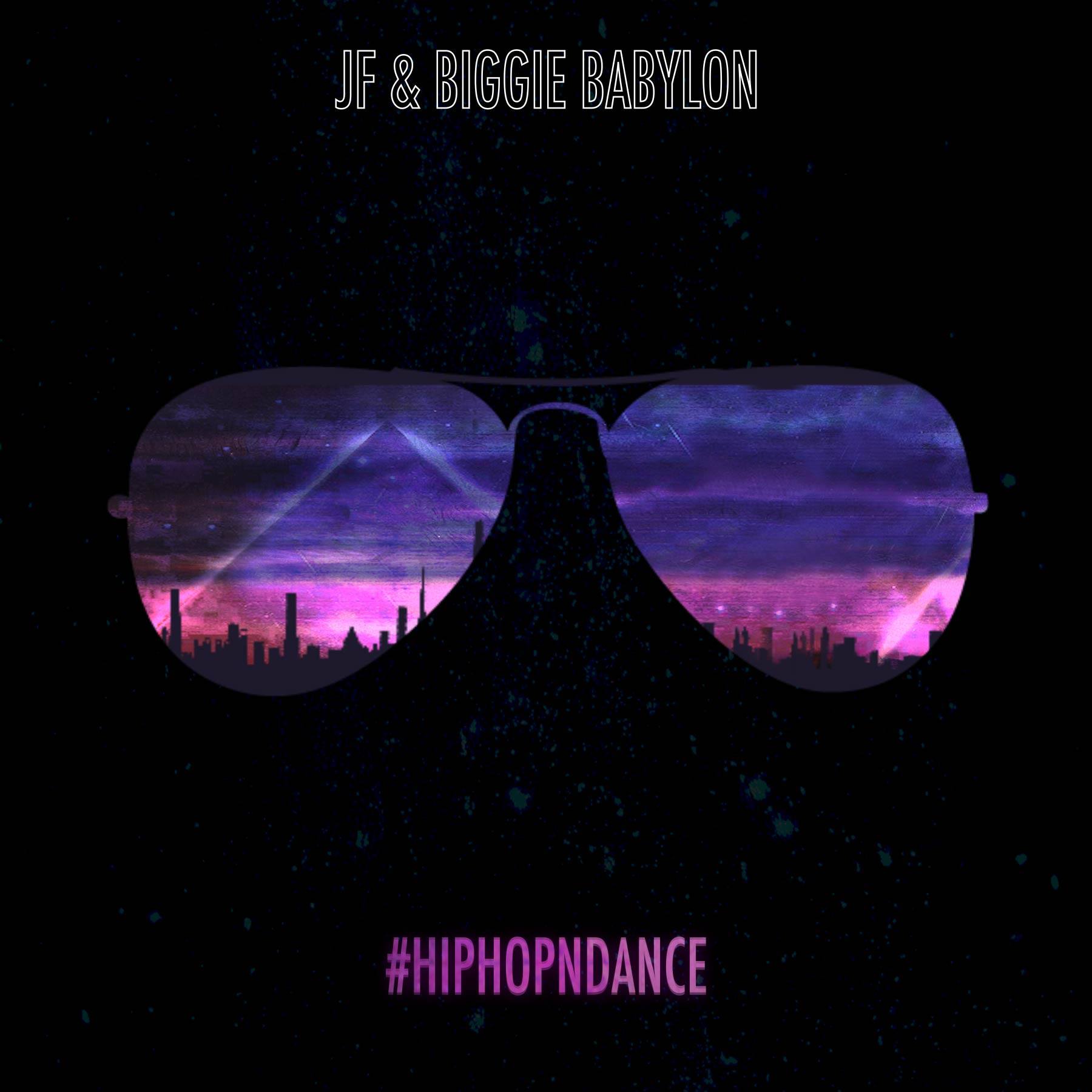 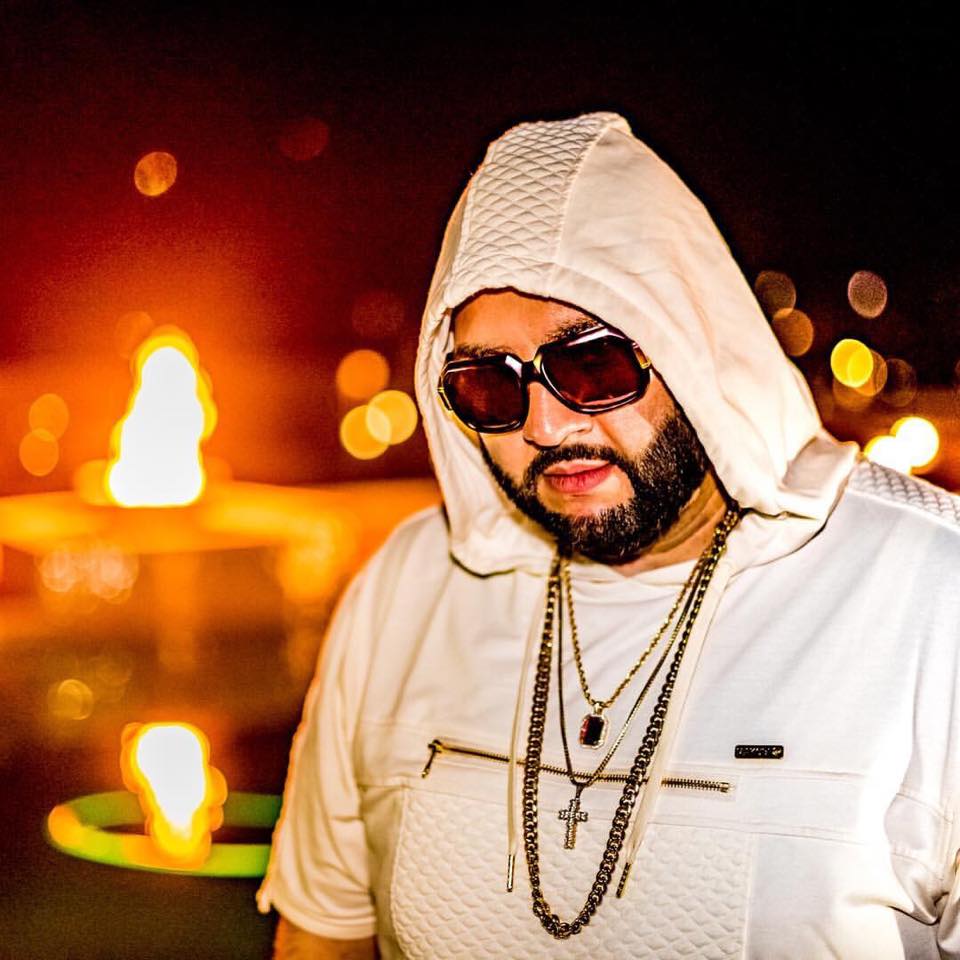 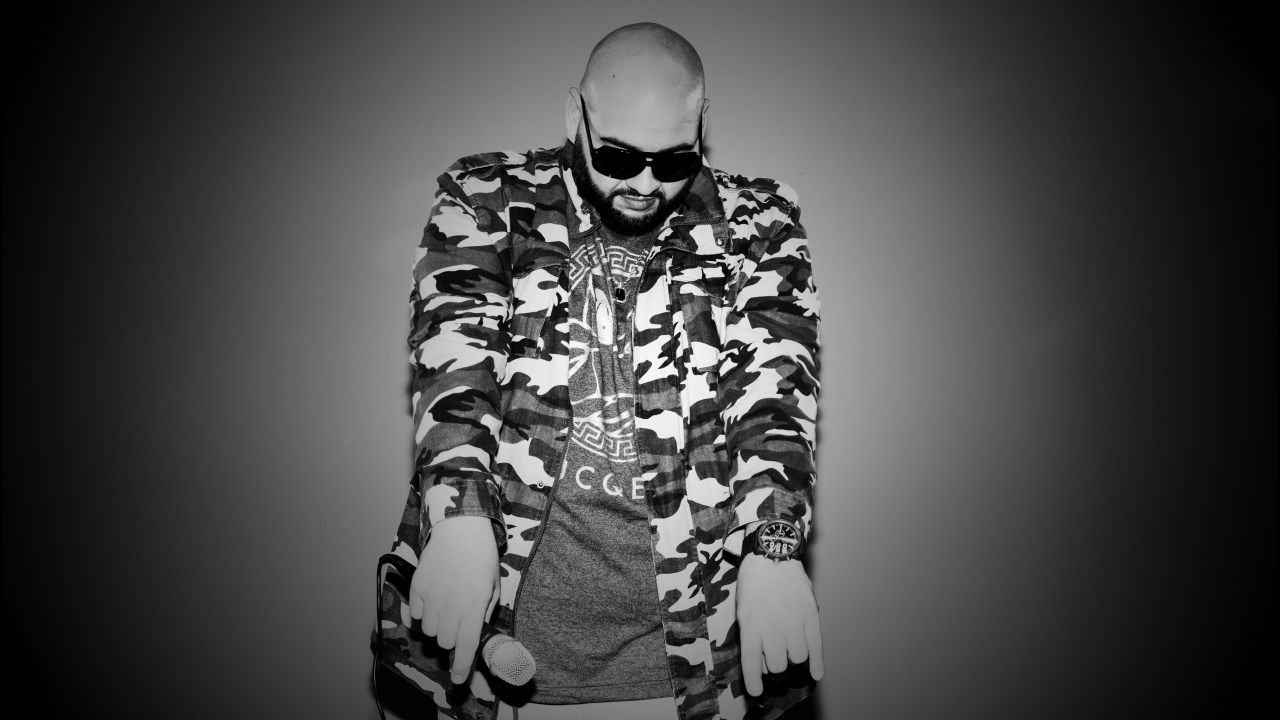 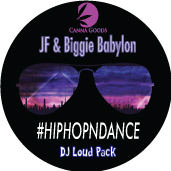