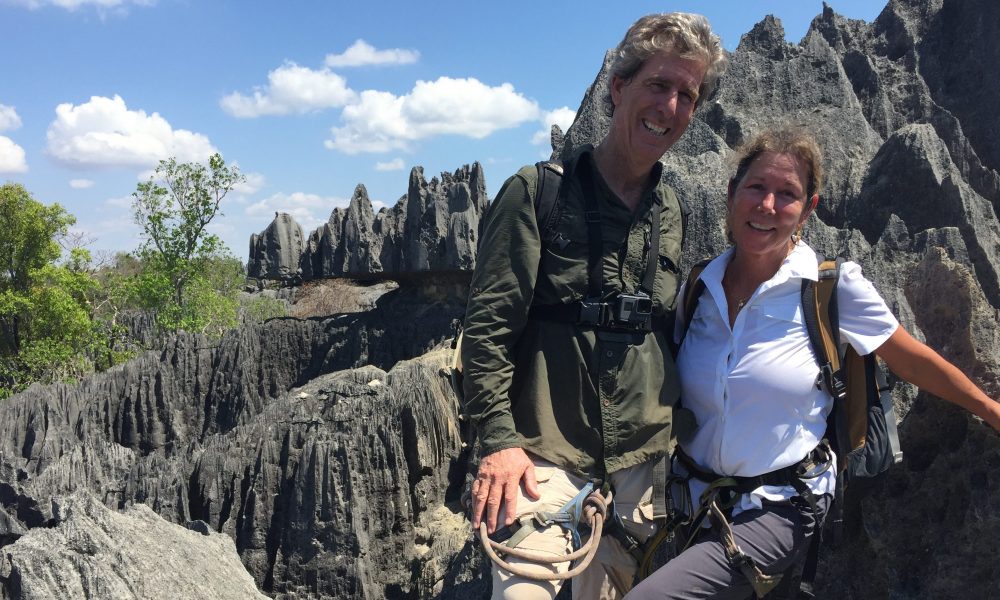 Today we’d like to introduce you to Bill Toone and Sunni Black.

Bill and Sunni, can you briefly walk us through your story – how you started and how you got to where you are today.
I married Sunni in 1990. I was a conservation biologist who co-led the recovery efforts for the California condor for the Zoological Society of San Diego. Sunni was the manager at the long-running Bird Show at the zoo’s Wild Animal Park. When I ended my involvement in the condor recovery program I found myself looking for my next niche in the world of conservation biology. This search ultimately took Sunni and me to Madagascar in 1995 to conduct a biological survey.

As a result of that survey, we were commissioned in 1997 to go and live in the very remote village of Antanambao on the Masoala Peninsula in the northeastern part of Madagascar to teach them to live sustainably in the forest. The irony did not escape as – they had been living very simply and sustainably for a very long time! Unfortunately, the members of the community misunderstood our purpose there. We learned much later that they thought we were there to steal children. Because of this, it was very difficult to integrate into the community and if it were not for the curiosity of an 18 month-old child named Emilien, we might never have integrated.

We visited and worked there frequently until November of 1999 when our contract ended. Over the years we grew very close to Emilien and his family. When it came time for us to hike out for the last time Emilien’s parents came and gave us their son to take with us. For many reasons, we could not take him and all we could do at that very sad moment was turn and walk away.

Less than 5 months later Cyclone Hudah formed in the Indian Ocean and made a direct impact on the Masoala killing nearly 100 people and destroying every home for miles and miles. Miles that included the little village of Antanambao. We reached out to the conservation groups that had funded our work over the years and requested funds to search for Emilien, his parents and their community. Every single organization said “no”. It was clear that humans did not fit into the conservation equation. We used our own funds to search on two occasions but were unsuccessful in locating our friends and ultimately were forced to give up.

This broke our hearts and caused us to collectively question our work over the years and the role that people should play in the conservation equation. Traditional community-based conservation almost always benefits a few people in a community and in the case of wildlife guards often pits them against their own communities. Knowing that all of our lives depend on a healthy ecosystem we knew there had to be a better way to make conservation relevant to all communities – especially our own.

Several facts leapt out from our analysis. More than 90% of all species extinctions are the result of habitat loss – the destruction of their homes. We were surprised to learn that overwhelmingly habitat loss is driven by rapidly expanding agriculture to feed a growing and needy population of people. We also looked at environmental causes of human deaths and again were surprised. About 4 million people die every year from the effects of indoor cooking smoke. Cooking over an open fire in your home is the health equivalent of smoking nearly 400 cigarettes a day and 3 billion people on the planet are still cooking this way. It did not escape our attention that 3 billion people cutting trees for cooking was another important component in habitat loss.

From this came a new mission in conservation that would allow us to never again walk away from a human community. Conservation organization that do not include sustainable agriculture and indoor cooking fires have simply chosen to be ignorant or unresponsive to the real drivers of species extinctions. Because of this, 3 years after Cyclone Hudah, ECOLIFE Conservation was created. Since then an amazing team of employees has developed and today as conservation biologists we teach sustainable agriculture at home and abroad and build safe, permanent, vented, fuel-efficient stoves in Mexico and in Uganda.

Since Cyclone Hudah we have pursued our work like lives depended on it – and in fact, they do. Now when we do conservation in a rural community we are able to involve over 90% of the residents in our projects either as labor or recipients or both. That for us is the new definition of community-based conservation.

In 2016 a small group of donors approached us with a proposal. With proper funding would we consider taking a small film crew and return to Madagascar after all of these years and search one more time for Emilien and his family. We were older and wondered if we could still do it, but the idea of finally having an answer won out and we agreed to search one more time. We were given more funding than we could imagine we would ever need and with a small team set out for Madagascar. It was as we expected a grueling trip. Sunni had always believed Emilien had survived and I was equally convinced that he had not. I was worried more for Sunni than for me as it was her beliefs most likely to be dashed.

As we traveled the peninsula we told as many people as we could why we were there and who we were looking for. Knowing the bush vine as we did we knew that these conversations would travel more rapidly than we could. When we finally arrived by pirogue (dugout canoe) at the site where we had last left Antanambao there was absolutely no sign of the village. It had been erased from the earth. Our tiny film team was just ahead of us on the bank of the river with a small group of Malagasy also waiting on the shore. These pirogues are very difficult to balance in and I required a steadying hand as I left. The hand that took mine did not immediately release me. It was Emilien.

The emotional outpouring left us exhausted. Several hundred yards further from the river was the new village of Antanambao and many of our friends. The party raged on until we left several days later. But in that village, we found reaffirmation of our village. Emilien was now the father of an 18 month-old girl and she was spending every day with her mother in a smoke filled kitchen. The forests around their community depleted by the harvest of fuel. We have projects that are ongoing and cannot simply turn and move our work to Madagascar, but we will get there and we will do it soon.

Overall, has it been relatively smooth? If not, what were some of the struggles along the way?
The path to and from Antanambao and the 16 years in between was challenging. Sunni was running a successful business which was a gift for us – I left a secure job of 36 years to start a non-profit that was immediately buffeted by the recession. It was never easy.

Unlike many efforts like ours, we were blessed by angel donors. A gift of my salary for a year and the message not to be afraid. People who said, “we have your back” and really meant it.

The challenge now is to share what we have learned and gain the support necessary to expand our work. There will always be obstacles but we know our community will be there and that our community will grow for one simple reason. Together, we can make a difference. We know this because everyday families are impacted in healthy lasting ways by our work.

Please tell us about ECOLIFE Conservation.
We have a ton to be proud of ECOLIFE. A young, talented, multi-lingual staff. Supporters who make sure we do not fail at our work. With those two things, almost anything is possible.

We have a $4 million project in Mexico to surround the monarch butterfly overwintering reserves with fuel-efficient stoves. Completed this project will protect hundreds of thousands of oyamel fir trees, millions of butterflies and well over 100,000 people. Our stoves are not mass produced. They are built a home by home with local materials and local labor. We can measure our results in stoves built, people employed and the associated savings in fuel harvest and human health.

At home, we are teaching more sustainable forms of agriculture in the form of aquaponics. Our kits and curricula are present in over 600 classrooms and touch well over 100,000 students regularly. We are creating model systems here in San Diego to help our state save water and land while protecting the economic value of our farming community.

We have strategic plans for these programs stretching into the future that is ready to be tackled as funds become available.

If you had to go back in time and start over, would you have done anything differently?
Life comes in its own way and at its own pace. There is always room for things to have been different. We wish we knew more about fundraising and business strategies but we were biologists and that brought its own value. Our board has grown in skill and capability and their knowledge is shared and applied regularly. We have grown at a good pace – too slow to meet all of our dreams but at a speed where so far we can keep up and develop our teams appropriately.

We learned to never give up – either on hopes or a mission. We will never walk away again. 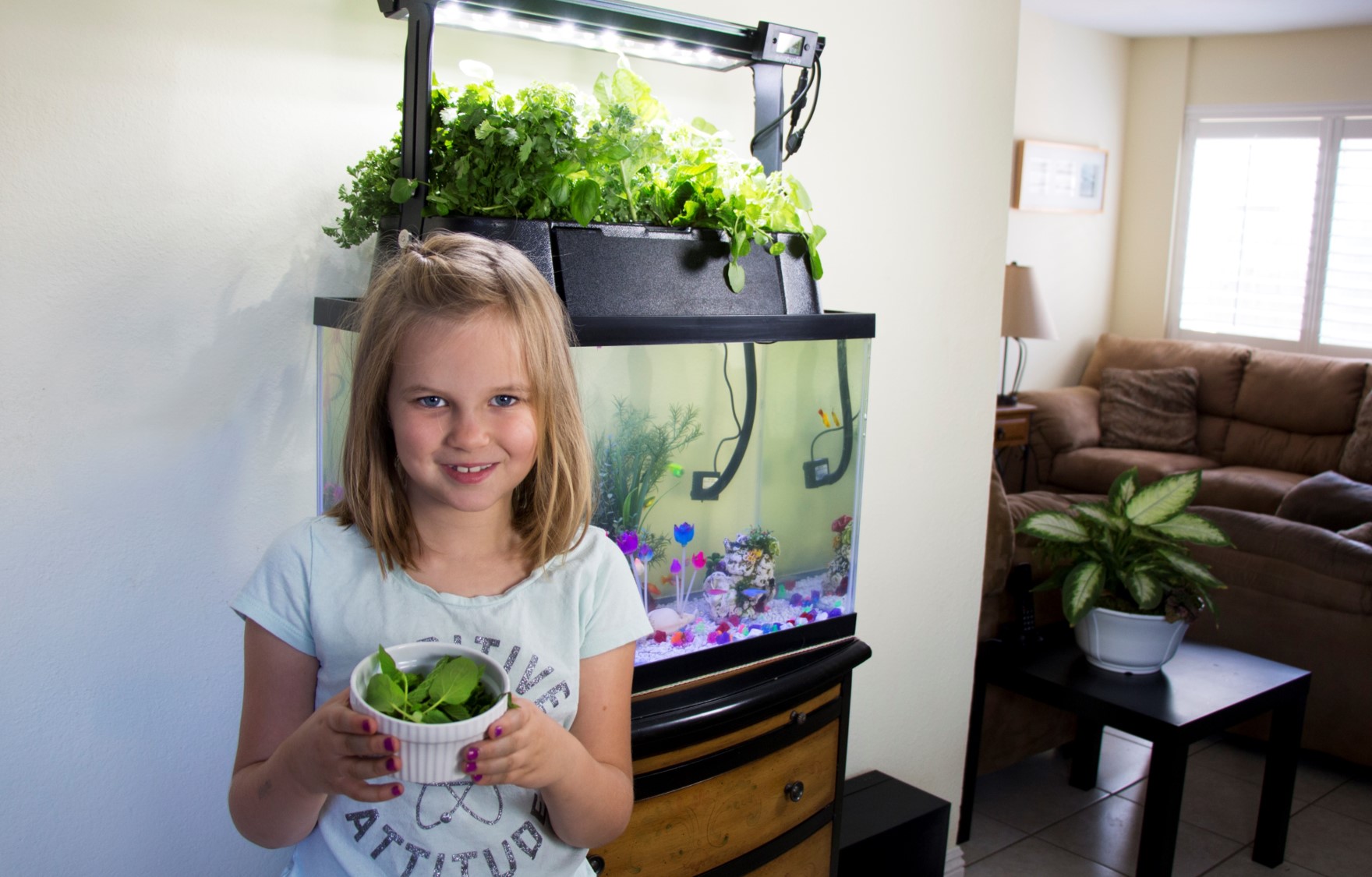 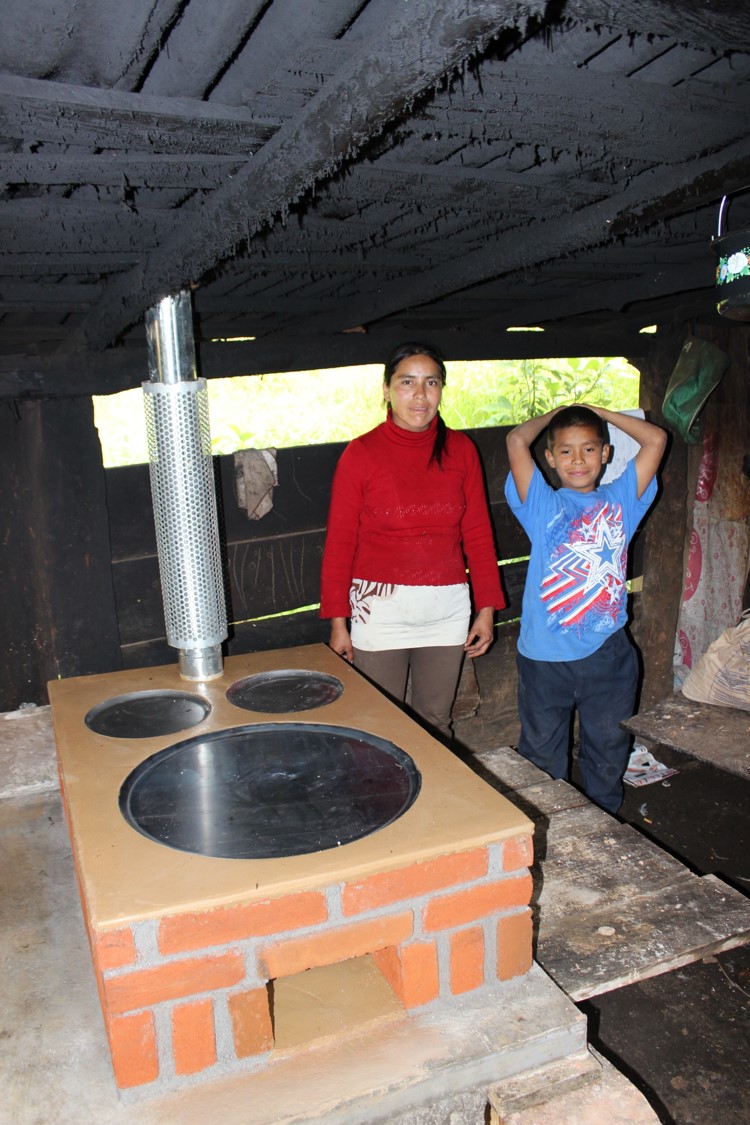 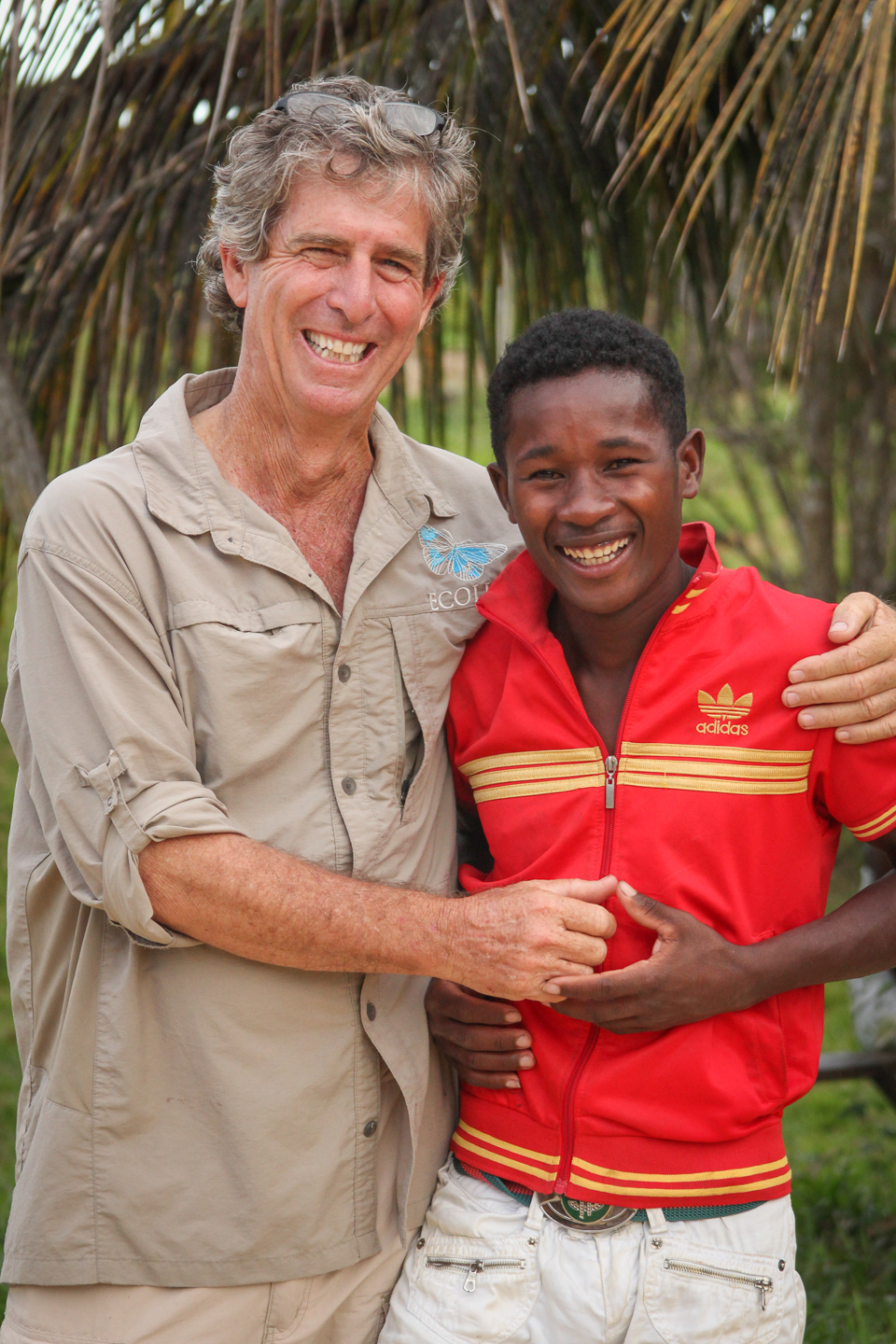 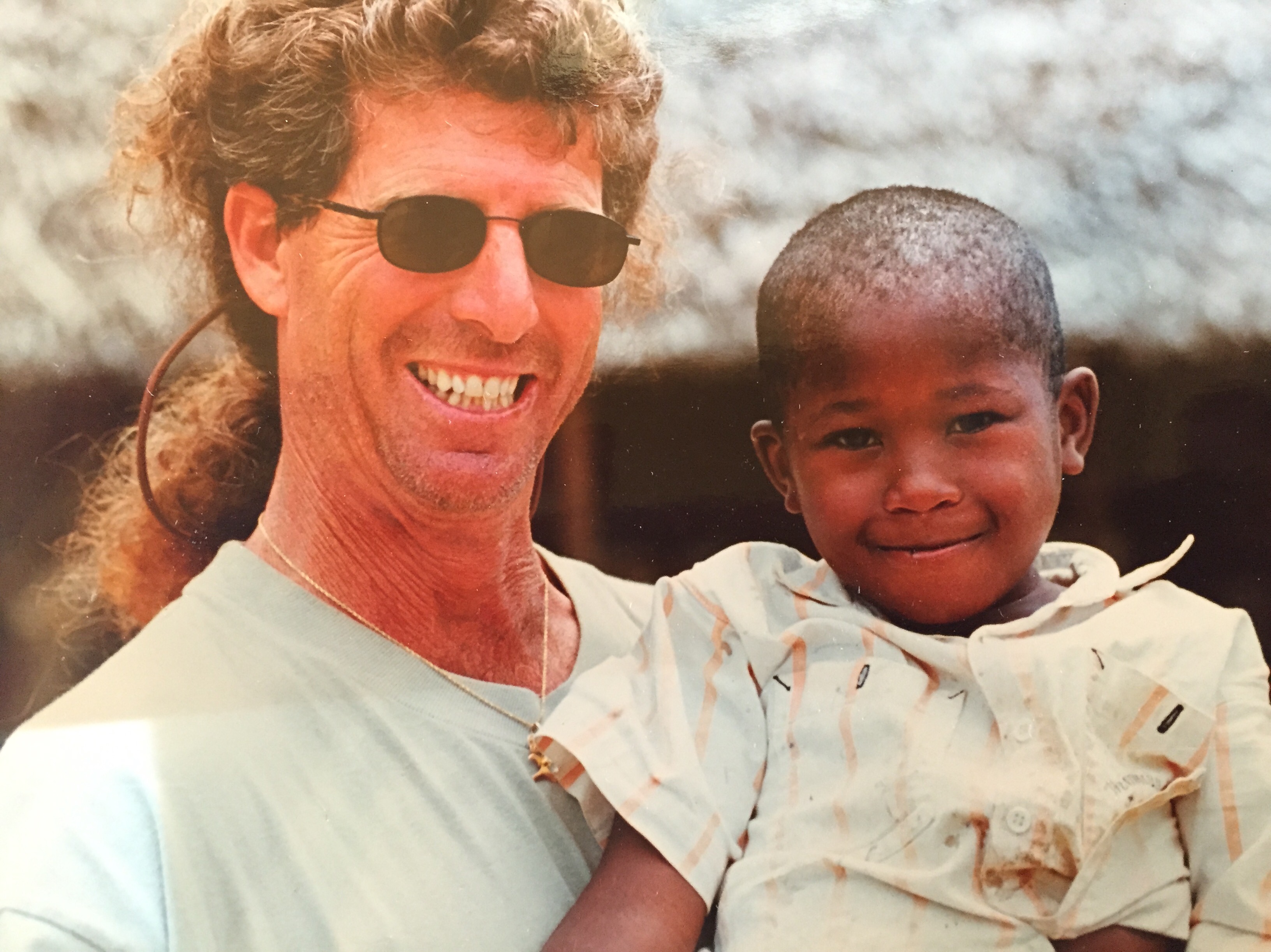 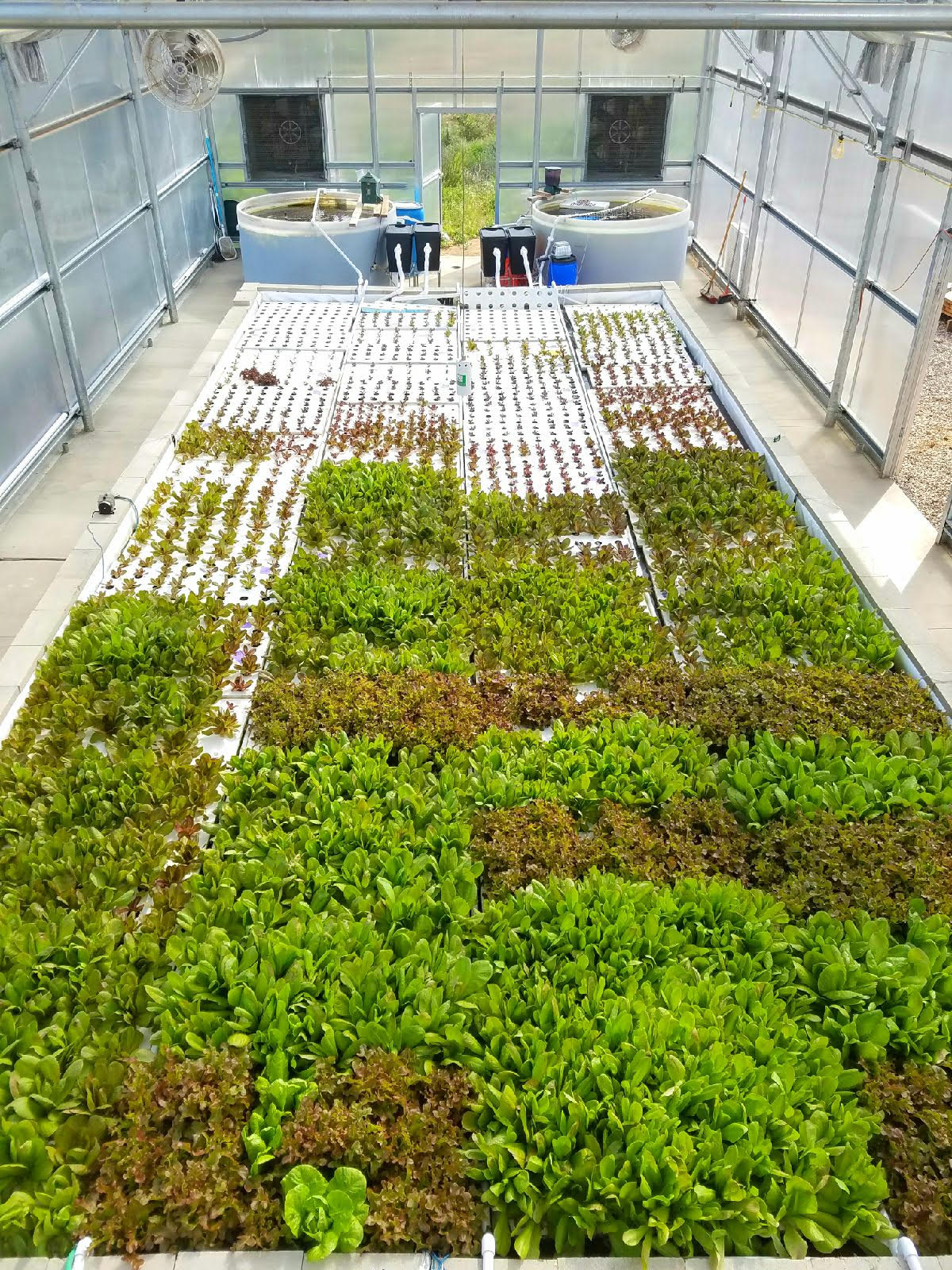 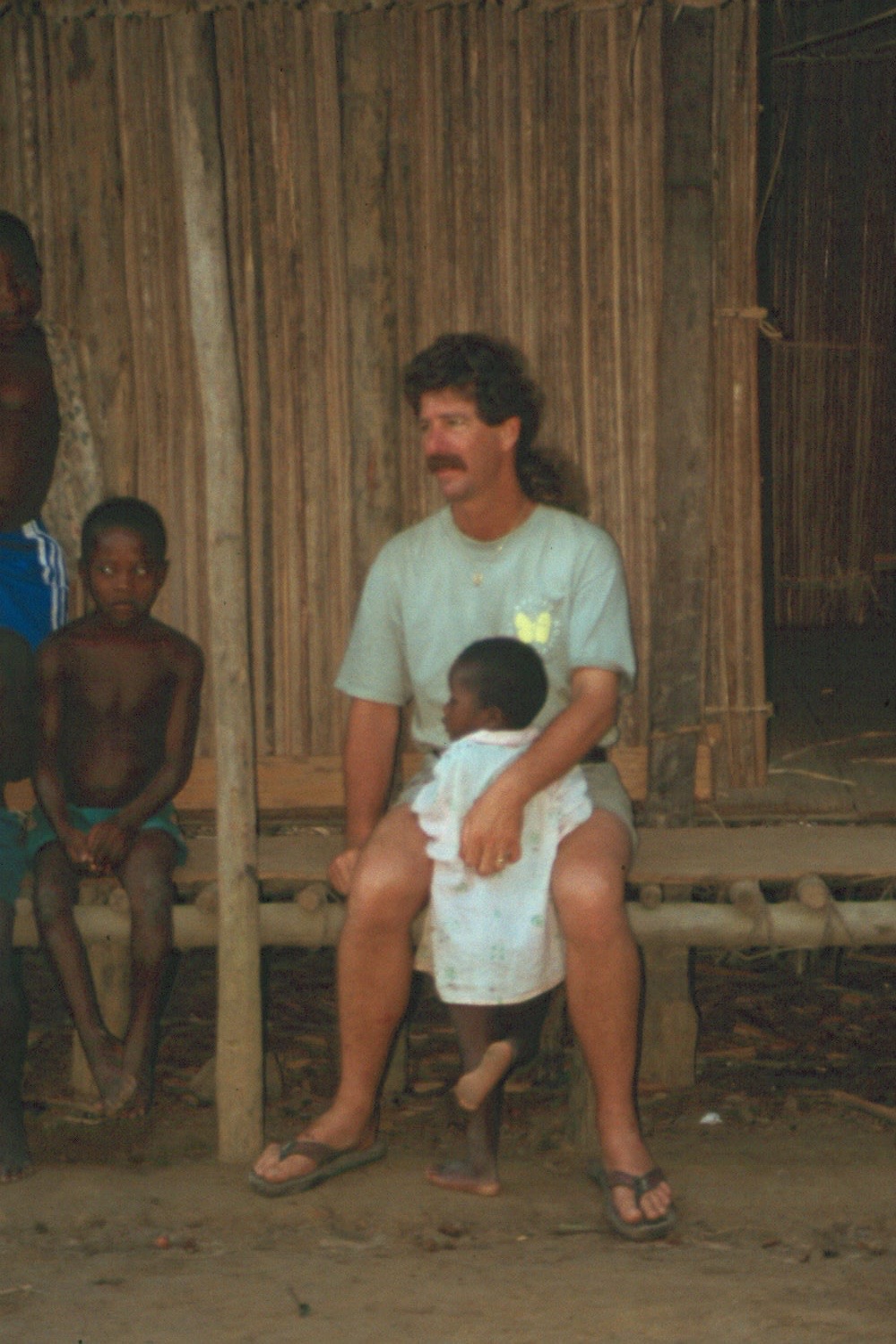 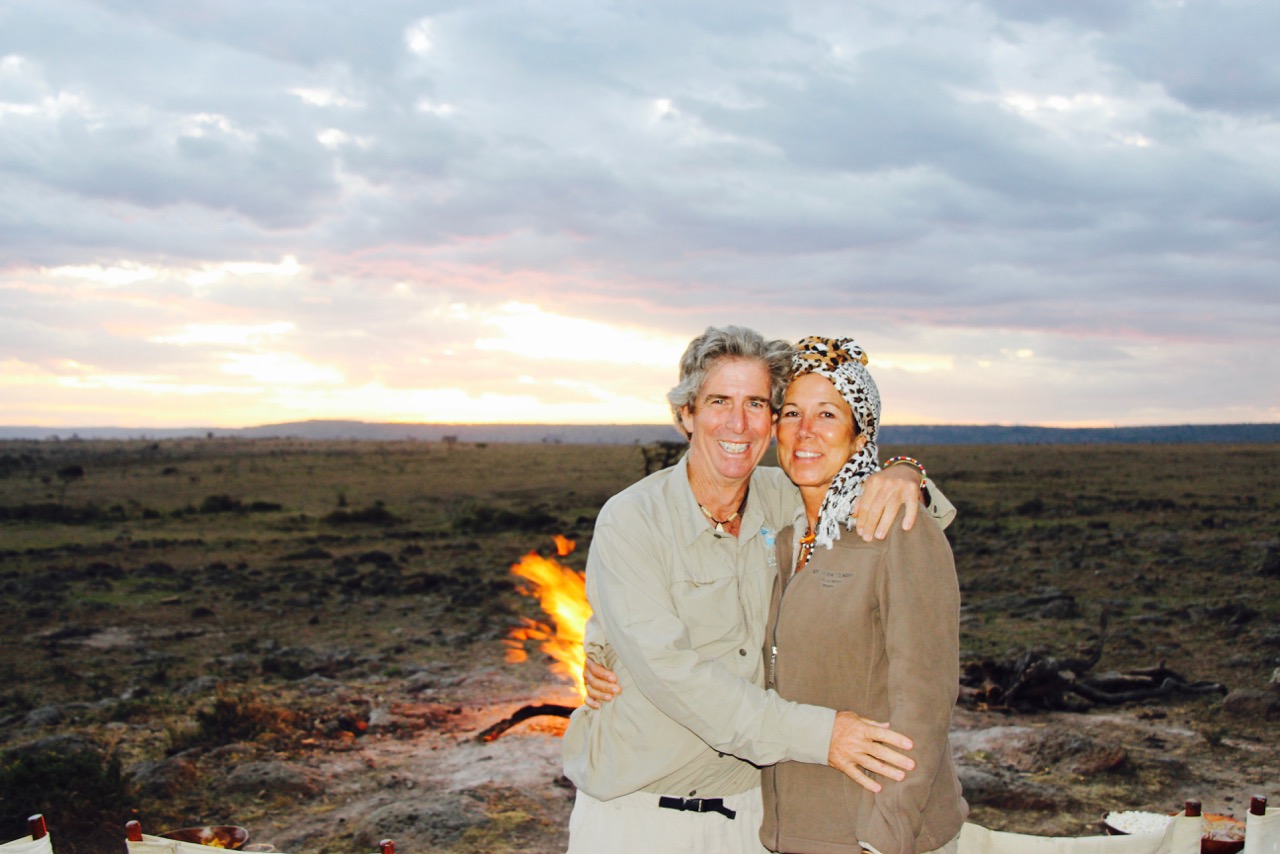