Today we’d like to introduce you to Brett Goudy.

Thanks for sharing your story with us Brett. So, let’s start at the beginning and we can move on from there.
I started off out of college as an ABA (applied behavior analysis) therapist or a behavior therapist for children and young adults on the autism spectrum. In this work I learned how to teach a multitude of skills from personal hygiene to tying their shoes, I learned how to break down tasks into easy to replicate steps in order to teach beneficial behaviors from general life skills to how to play games and sports.

As an active individual, my former employer would pair me up with high energy kiddos, who needed a movement to help manage their behaviors. In time I realized many aspects of ABA are great, but I preferred getting the kids up and moving for longer than just a few minutes on breaks each session.

One of my client’s parents requested we do yoga as part of the ABA program, and each time I went over to this client I saw how much it improved their speech, and attention after completing their yoga portion of the therapy session. This client ended up going different ways from my old employer, but when they left the family said to me, If I ever left that employer they would like to hire me directly to work with their son… A few months later before my contract ended with my former employer I was developing a yoga program to be part of the companies added side programs, but management was unresponsive after initially approving the idea, they never launched the program.

Naturally once my contract ended I left my old employer and I remembered the card of the family I used to do yoga with and reached out to them. I began providing services at first once a week, before moving to a few times a week, while I was doing other work part-time. Over time that family asked if they could share my info, and gave my contact to another family, and the dominoes began to fall in place for me before I knew it word of mouth had provided me with enough families to decide this is something I needed to do full time!

Overall, has it been relatively smooth? If not, what were some of the struggles along the way?
Early on there were some struggles, I wanted to provide services that were accessible for people on the autism spectrum, but also have a yoga studio environment for anyone from beginners to experts with group classes and a set daily schedule like you would expect to see at a general yoga studio.

I realized in San Diego there are already a lot of very qualified studios out there for first-timers and experts alike that have set schedules and a great studio atmosphere, so it was better for me to focus on the group I initially set out to help. The name NEEDS yoga was a reference to “special needs” yoga, but without the kids having to feel like there should be some stigma of being “special” needs and I work-shopped slogans like “Everyone needs something, NEEDS Yoga” and ultimately we like and stuck with the name, but the services have evolved past just yoga.

Our website is undergoing maintenance to reflect all our current services, but we also now provide lessons for tennis, biking, hiking, weight lifting and swimming. One of the challenges was yoga wasn’t enough cardio exercise for some of our kiddos, so we wanted to grow and adapt based on our clients needs, and that meant adding & Wellness to our name to reflect we offer additional services for anyone who isn’t interested in yoga but would still like to get moving!

Alright – so let’s talk business. Tell us about NEEDS Yoga & Wellness – what should we know?
I specialize in getting people on the autism spectrum moving. At first, I just offered yoga, but now a portion of my clients are just receiving tennis lessons or do a mix of activities which may or may not include yoga at all. I have a lifetime of experience working with people on the autism spectrum. My mother was a special education teacher, so in kindergarten, I went to a school which was composed of half typical students and half special needs students, where I interacted with an helped others with special needs every day.

I also have an older brother on the spectrum so growing up I saw behaviors first hand my entire life, so I learned how incredibly powerful patience is. I think what sets me aside from others is there are very few if any others out there doing what I do with kids on the autism spectrum. For a long time, many people assumed autism was so overwhelming that kids who were limited or nonverbal (don’t speak with a voice, often use a communication method/device) could not partake in certain activities.

I feel my company has fostered living breathing proof that kids on the spectrum, even those who are non-verbal can learn to play a sport, and do so well. I think one thing that sets me apart from others is my confidence and belief in the kid’s abilities. I have had my eyes opened and my mind was blown so many times by how impressive some of the kids I have worked with are, that now I realize how great their potentials truly are.

Many services I see marketed towards individuals on the spectrum seem to not allow their participants to reach their full potential. Because they are often underestimated by average people, individuals on the spectrum will let others do work for them, and at certain camps and lessons the “coaches” are providing so much instruction, the kids don’t actually learn how to do the skill or sport on their own.

There is a technique from ABA called “hand over hand” prompting, which essentially means the coach takes their hand and forces the athlete to make the move with their own hand. Although this is an okay method for introducing a new movement, a lot of camps get stuck here. The lack of patience makes parents/coaches want instant results (like hitting a tennis ball) so the coach will drop the ball and swing the racket themselves while it is in the athlete’s hand, so it looks like they are hitting it. While this may create short-term excitement, I’ve noticed it fails to lead to independent play later on.

I think one thing I do well that really sets me apart is knowing when to transition, and how to scale the difficulty so the process can be learned in smaller easier steps, that work up to full independent movements. By only using a limited amount of hand over hand, and using techniques I’ve developed over years working with these kids, I have an arsenal of small tricks I use to make the learning process as fun and effective as possible!

Any shoutouts? Who else deserves credit in this story – who has played a meaningful role?
I would like to thank my family for all the love and support. All the families I work with for continuing with services and sharing how beneficial it has been for your family, which lead to many more families getting help in moving towards a happier healthier lifestyle. Specifically my initial investors Christine Goudy, my mom, Albert Gates a long time family friend and my best friend Tyler Hegedus.

Thanks to the three of them I could afford to move my business from Orlando where I was struggling back San Diego where I have been able to thrive. I can’t thank them enough! Lastly, I would like to thank my girlfriend Lexi Gerovac for all her love and support through the highs and lows of business and life, she moved across the country with me, and has always believed in my vision to help others through my company. Without these people, NEEDS Yoga & Wellness would not be possible. 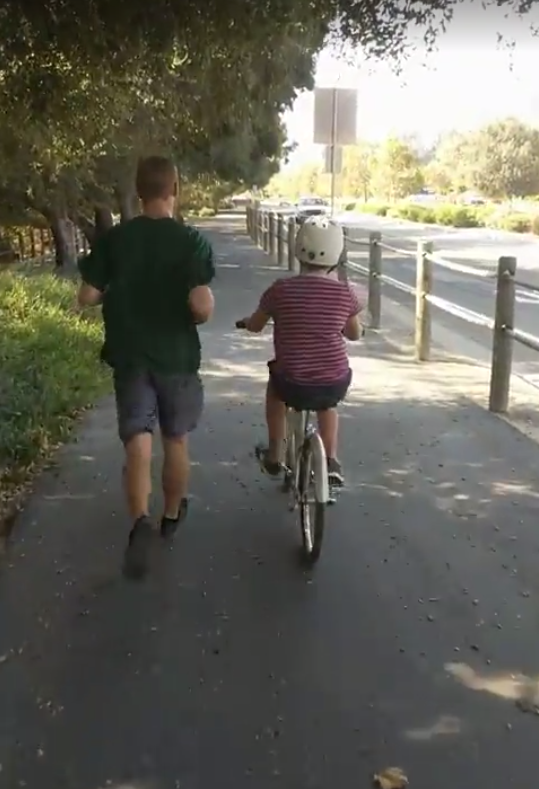 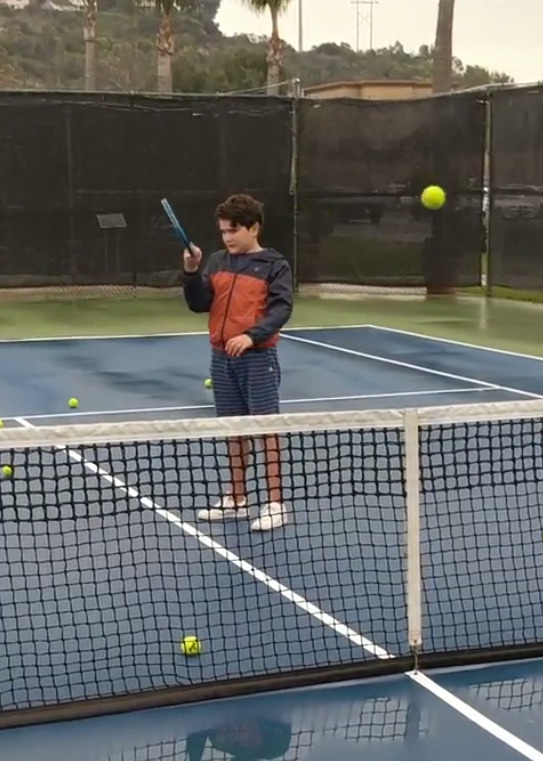 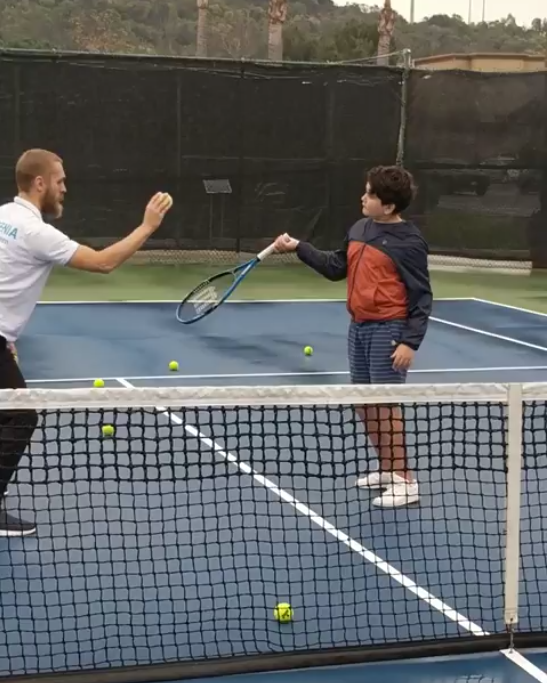 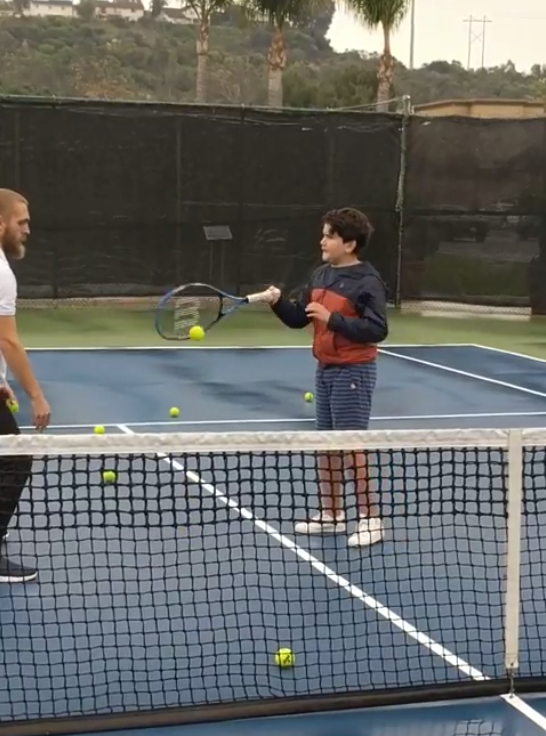 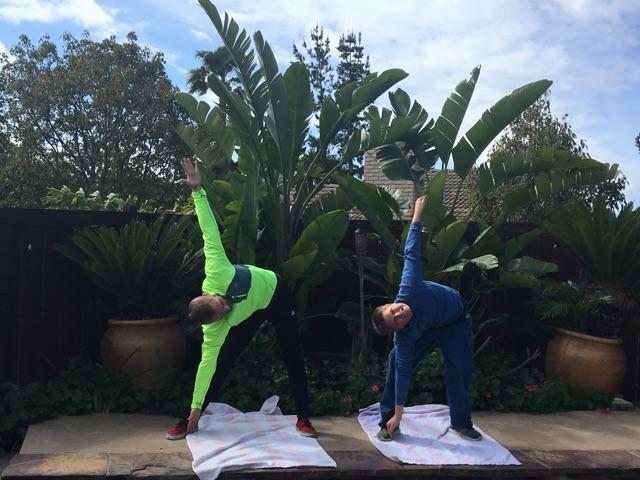 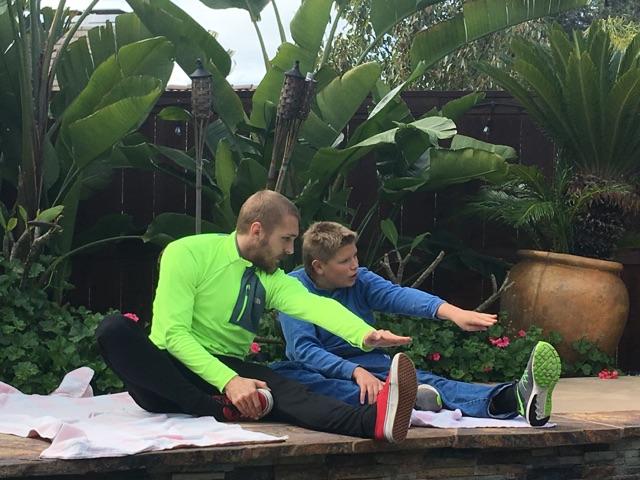 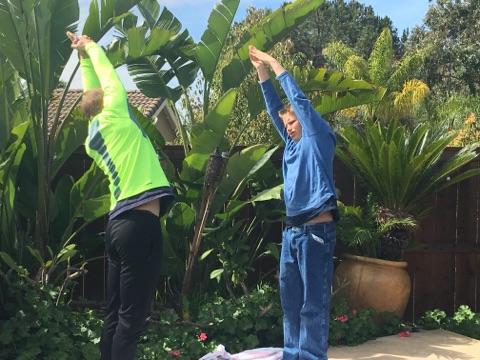