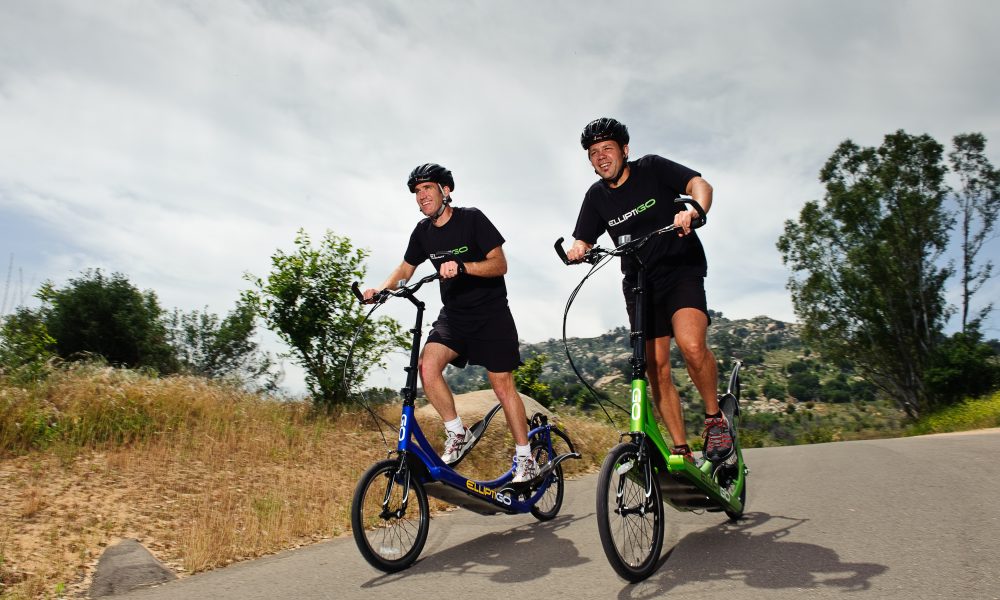 Today we’d like to introduce you to Bryan Pate and Brent Teal.

We got the idea for the ElliptiGO really out of necessity. Bryan had been a runner all of his life, but, in 2005, he lost the ability to run for fitness because of hip and knee injuries. Basically, a lifetime of contact sports and endurance athletics had caught up with him and, by the age of 32, he was forced to engage in low-impact exercise. As a former cyclist and Ironman triathlete, he seriously considered returning to cycling to stay fit. However, he had always found the bicycle saddle and riding position to be really uncomfortable and cycling workouts to require too much time. As a result, he started using the indoor elliptical trainer. Although he liked the exercise, he hated being locked in a gym and it still didn’t feel like running. To solve this problem, he decided to buy a low-impact running device he could ride on the street.

What he didn’t realize was that there was no such device at the time. Frustrated, he called up his friend Brent to see if he could possibly help create such a device. Bryan knew that as a degreed mechanical engineer, former Ironman triathlete and competitive ultramarathoner. Brent not only had the engineering skill necessary to design and build an elliptical bicycle but, more importantly, a deep understanding of how such a device would need to perform to satisfy the needs of current and former runners. In July 2005, we sat down at a coffee shop in Solana Beach, sketched out a concept drawing on a newspaper, and shook hands. A partnership was born.

After about six months of squeezing in time before and after work, Brent had the first prototype designed. Luckily, Brent had access to a machine shop at his work so he could do all of the tube cutting and machining himself before work. Unluckily, this meant that he had to get to work at around 4:30 a.m. so that he could get the machine set up for his cuts, do his cuts, and then get the machine re-set back to how it was before the work day began for everyone else. This made for some long days! Once he had the pieces cut, Brent set up a table on a couple of sawhorses in his patio so he could braze the frame together. He learned to braze by watching a VHS tape on the subject. After a few weeks of brazing, he had the bike ready for testing. It worked great – the first time Bryan jumped on it, he rode it about 20 miles, hit 20 miles per hour, and was sold.

For the next four years, we self-funded the development and testing of three more prototype designs. We started riding them in large cycling events in 2008 and got a lot of positive feedback. However, people always assumed that the bikes wouldn’t be able to climb hills. Surprisingly, our elliptical bikes climbed really well. To prove this we decided to attempt “The Death Ride”, one of the most challenging cycling events in the country.

The 129-mile event is held every year and the entire course is at altitude. It includes more than 15,000 feet of climbing, more than almost any other one-day cycling event in the country. The Death Ride must be completed in less than 14 hours and 30 minutes. Only about 50-70% of the 2500 cyclists who sign up for the ride each year complete it.

Brent was pretty sure he could finish the course within the cutoff time because he had completed several running ultramarathons that had more climbing over a similar distance. On the other hand, Bryan’s toughest endurance event so far was Ironman Florida, which was shorter in duration than The Death Ride, had no climbing at all, and was held at sea level. He gave himself a 50% chance of completing the event. Fortunately, the bikes exceeded our own expectations. Brent crushed the course and finished in 11 hours and 30 minutes, placing him in the top half of all finishing times.

Bryan also made it comfortably under the wire with a total time of 13 hours and 50 minutes. Those performances ended the debate about whether an elliptical bicycle could climb hills. It also demonstrated that an elliptical bike is a viable form of exercise and transportation. In early 2009, a few months before the Death Ride, we successfully closed on our first round of financing, hired our first employees, and moved into our first office space in Solana Beach.

Bryan was living in Silicon Valley at the time, so he traveled back and forth to Solana Beach a few times each month to stay in sync with the team. In March, we flew to Taiwan to finalize a relationship with a bicycle manufacturer. We knew that we had a lot of work to do before our bikes were ready for production, so we wanted to get that process underway.

After the Death Ride, we started hosting test rides of our most recent prototype. The reception was amazing. In the first test ride session we held, we met with five riders, three of whom placed $1000 deposits and one of whom became an investor. This was without an expected date of delivery for the actual product or knowing exactly what it was going to look like. Throughout 2009, we continued doing test rides, taking deposits and raising money. By the fall, we were ready to start producing the world’s first commercially available elliptical bike. In November we flew to Taiwan to oversee the first full production run of the product.

Brent ended up having to stay an extra couple of weeks to assist with final tweaks to the production process and ensure that the first production bikes were as perfect as possible before leaving the factory. We delivered our first product, the ElliptiGO 8S, to our first customer on February 24, 2010. We sold more than 1,100 8S models that year, mostly direct to consumer. In 2011, we replaced the 8S with three new models and expanded into retailers across the country. Our revenues doubled from $2 million in 2010 to $4 million in 2011 and we grew the team to more than a dozen employees.

The years from 2012 – 2018 have been filled with dozens of amazing experiences for the team here at ElliptiGO. In total, we’ve sold more than 23,000 bikes in 61 countries around the world. More important than our company’s success, however, is the fact that ElliptiGO riders have achieved things that we couldn’t have imagined 10 years ago.

ElliptiGO riders have completed almost every significant cycling event in the country; from hill climbs like Pikes Peak, Mt. Washington and Haleakalā, to multi-day events like RAGBRAI, RAIN, the Pan-Mass Challenge, and Seattle-to-Portland, to large events like the NYC Five Boro Bike Tour. Every significant mountain climb on the Tour de France route has been climbed on an ElliptiGO now and more than 100 different ElliptiGO riders have completed rides of 100 miles or more on their ElliptiGOs.

In 2012, 71-year-old Rick Hermelin rode across the United States on an ElliptiGO by himself to raise money for the families of injured Marines. Other riders have ridden across Australia, Britain, Western Europe and from Canada to Mexico. In 2015, eight ElliptiGO riders completed one of the toughest endurance events in the world, the Paris-Brest-Paris Audax, which covers 1200 km and must be completed in under 90 hours.

However, the thing we take the most pride in is the hundreds of letters, cards, emails and gifts we’ve received from people expressing their appreciation of their ElliptiGO, with an emphasis on how thankful they are for what it has done for their lives. In fact, one of our customers was so impacted by the ElliptiGO that he tattooed an ElliptiGO the size of a softball in the middle of his chest. Some customers have thanked us effusively for truly saving their lives. One customer credits us with preventing an impending heart attack that they self-diagnosed while riding their ElliptiGO. Another did not go through with a planned suicide and found joy in life after years of depression.

We are amazed at the phenomenon that we’ve created. Last year, our customers formed the Global ElliptiGO Riders Club, which now hosts ElliptiGO-centric events all over the country. In May, more than 75 ElliptiGO riders completed the 5 Boro Bike Tour in NYC.

September will see the fifth annual European ElliptiGO Championships at Mt. Revard in France; and this October, we will host the ninth Annual ElliptiGO World Championships and Rally Weekend here in San Diego where more than 100 ElliptiGO riders will gather for a weekend of riding and socializing.

Overall, has it been relatively smooth? If not, what were some of the struggles along the way?
As you’d expect with trying to create an entirely new product category, the process has been really challenging at times. Taking a completely new concept from design through production is a hard process, especially since neither of us had any connections in the cycling or fitness industries when we started this journey. One of our biggest struggles has been informing people that our product exists and works really well.

The volume of information each of our potential customers receives on a daily basis makes it challenging for us to get their attention long enough to explain why they should consider an elliptical bike. Surprisingly, after 10 years of marketing investments and selling more than 23,000 ElliptiGOs, there are still millions of people in our target market who are totally unaware that the elliptical bicycle exists, let alone understand why they would benefit from owning one. Another element of the business we have struggled with is getting our product costs down.

Our products are engineered from scratch and require high-quality manufacturing to deliver the exceptional experience that they do. As a result, it’s expensive to manufacture them. Over time, we’ve been able to launch new product families at lower price points, but for a long time, the price was a real challenge for us. Another area where we have struggled over the years is with technology. The Internet is critical to our success, but the technologies keep changing at a blistering pace.

In the past 10 years, we have redesigned our website at least 5 times to deal with changes on the web. The rise of Amazon and Alibaba, as well as Facebook and Instagram, have forced us to evolve our business quickly in a variety of ways. Finally, getting distribution has also been tough, especially internationally. It’s a big world and a challenging time for retailers right now. It’s been much more difficult to get them engaged than we expected.

Fortunately, the ones who are working with us are having success and we see retailers continuing to play a key role in our future.

ElliptiGO – what should we know? What do you guys do best? What sets you apart from the competition?
We developed and launched the world’s first elliptical bicycle in 2010 and we specialize in comfortable, fun, outdoor, low-impact fitness bicycles. We are known for creating this category and we remain the leading brand in the category today. Our products are recognized as being the highest-quality and best-performing products on the market. We continue to lead the industry in innovation and have the broadest intellectual property portfolio in the category.

As a company, we are most proud of the impact we have had on our customers’ lives. We have the good fortune of supporting customers who want to be fit and healthy and providing them with a tool that enables them to do so. For some of our customers, it’s the only tool that they can use to achieve their goals. We are proud of the breadth of benefits our customer’s experience, from helping them lose weight to helping them win championships. We love that our products are used by a diverse group of riders, from professional athletes to grandmothers trying to stay active. 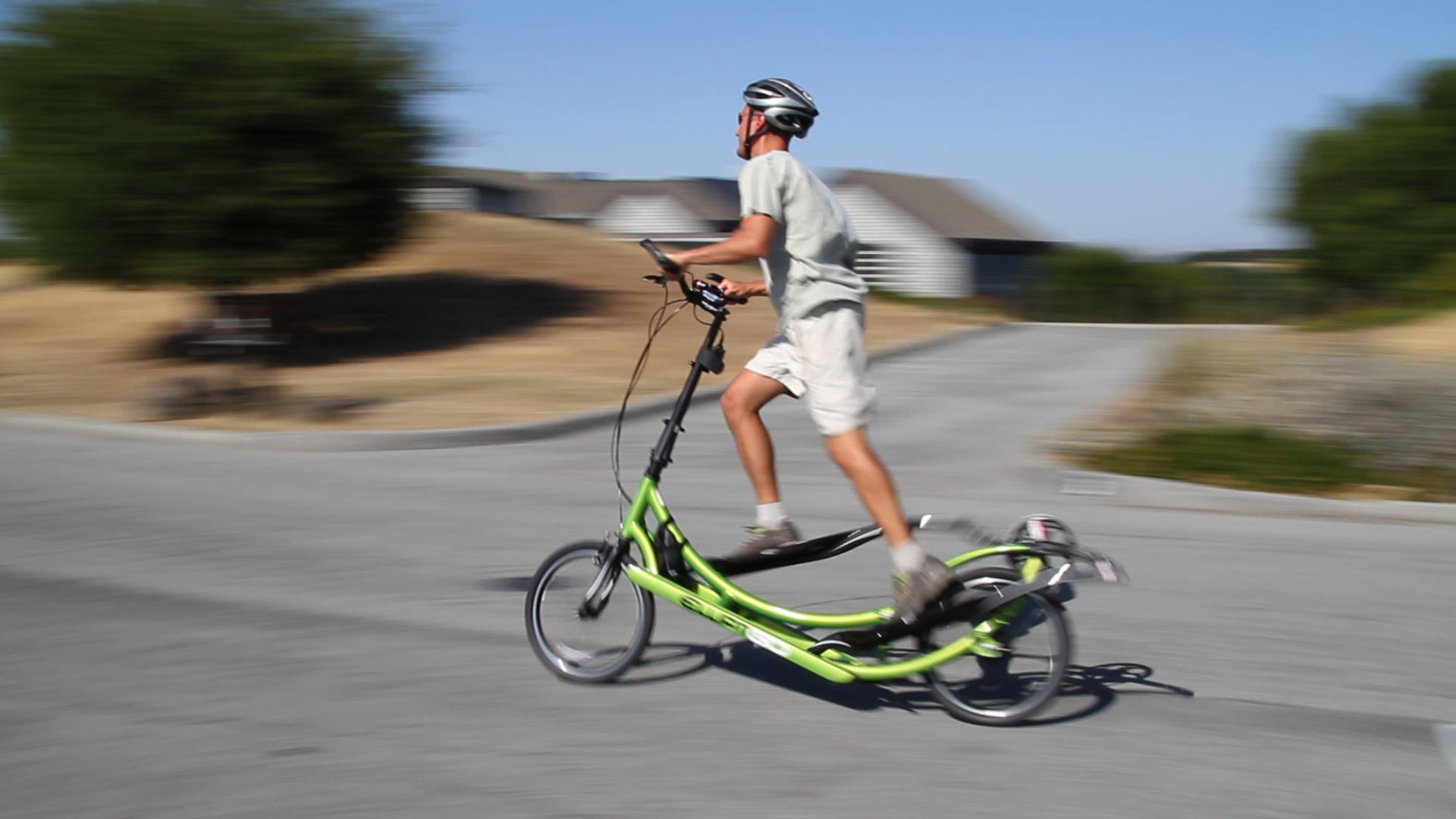 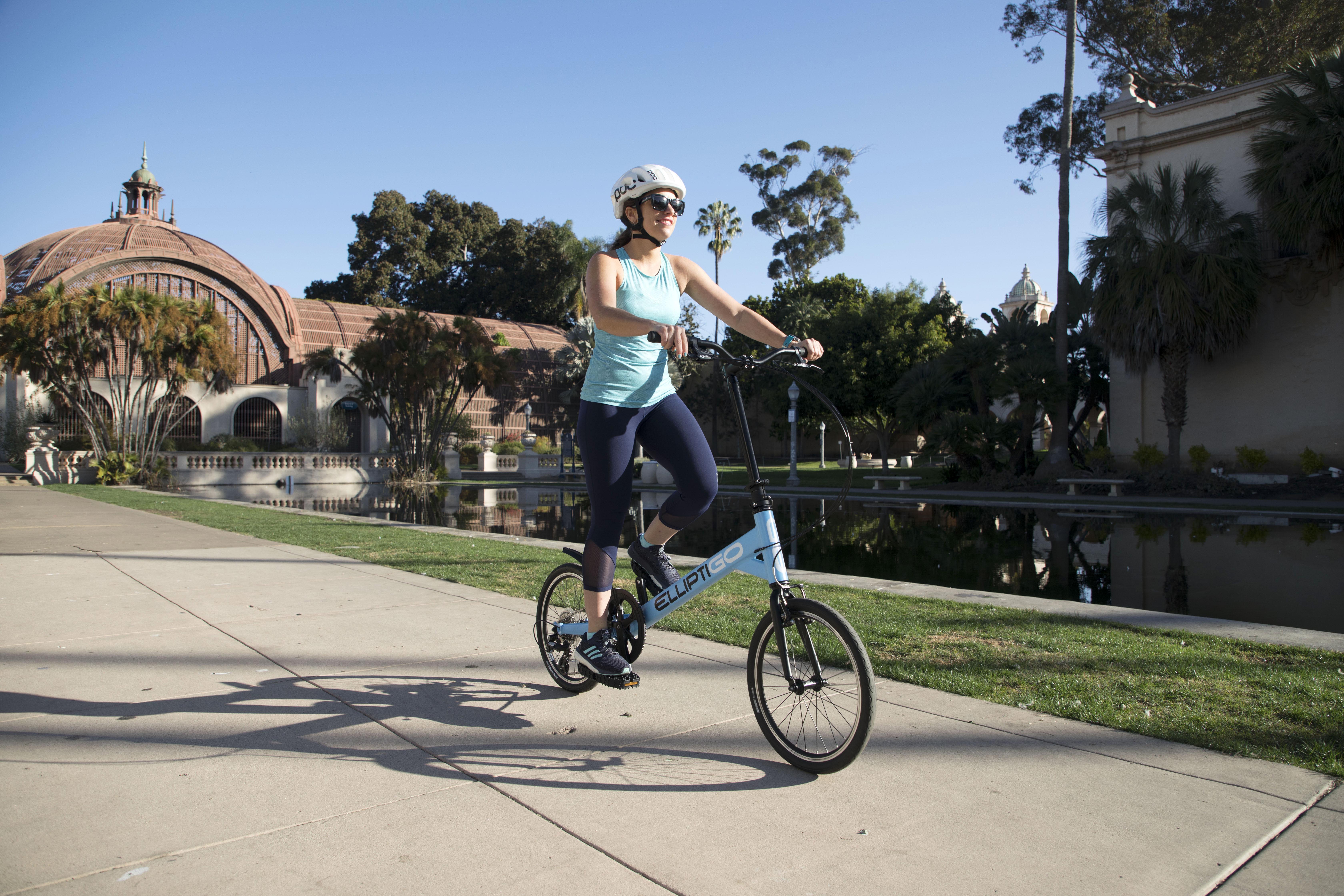 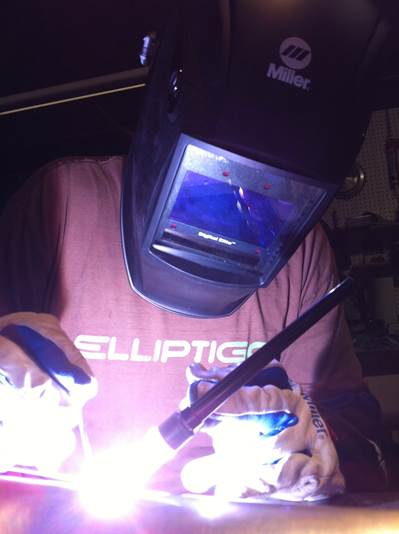 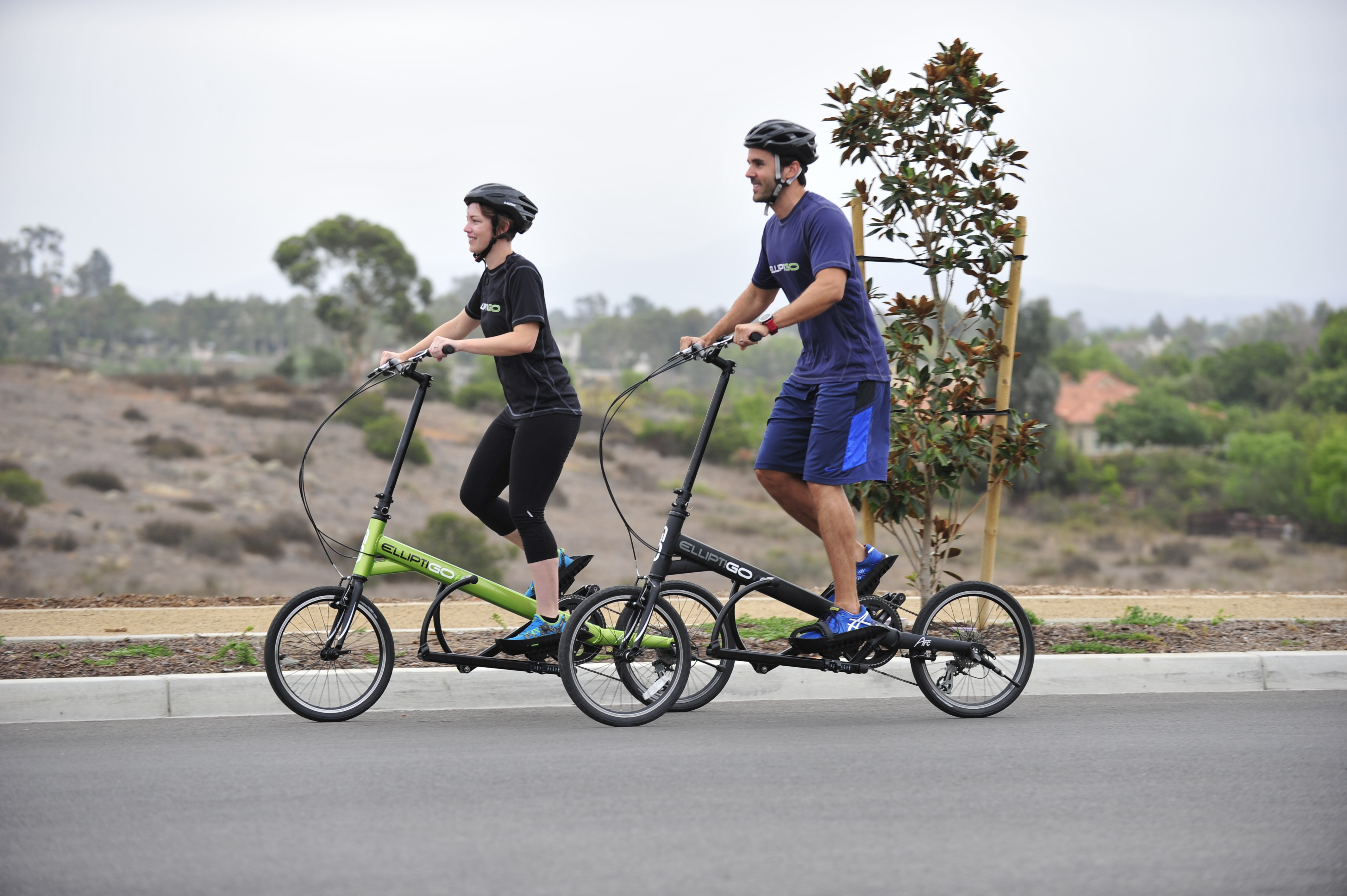 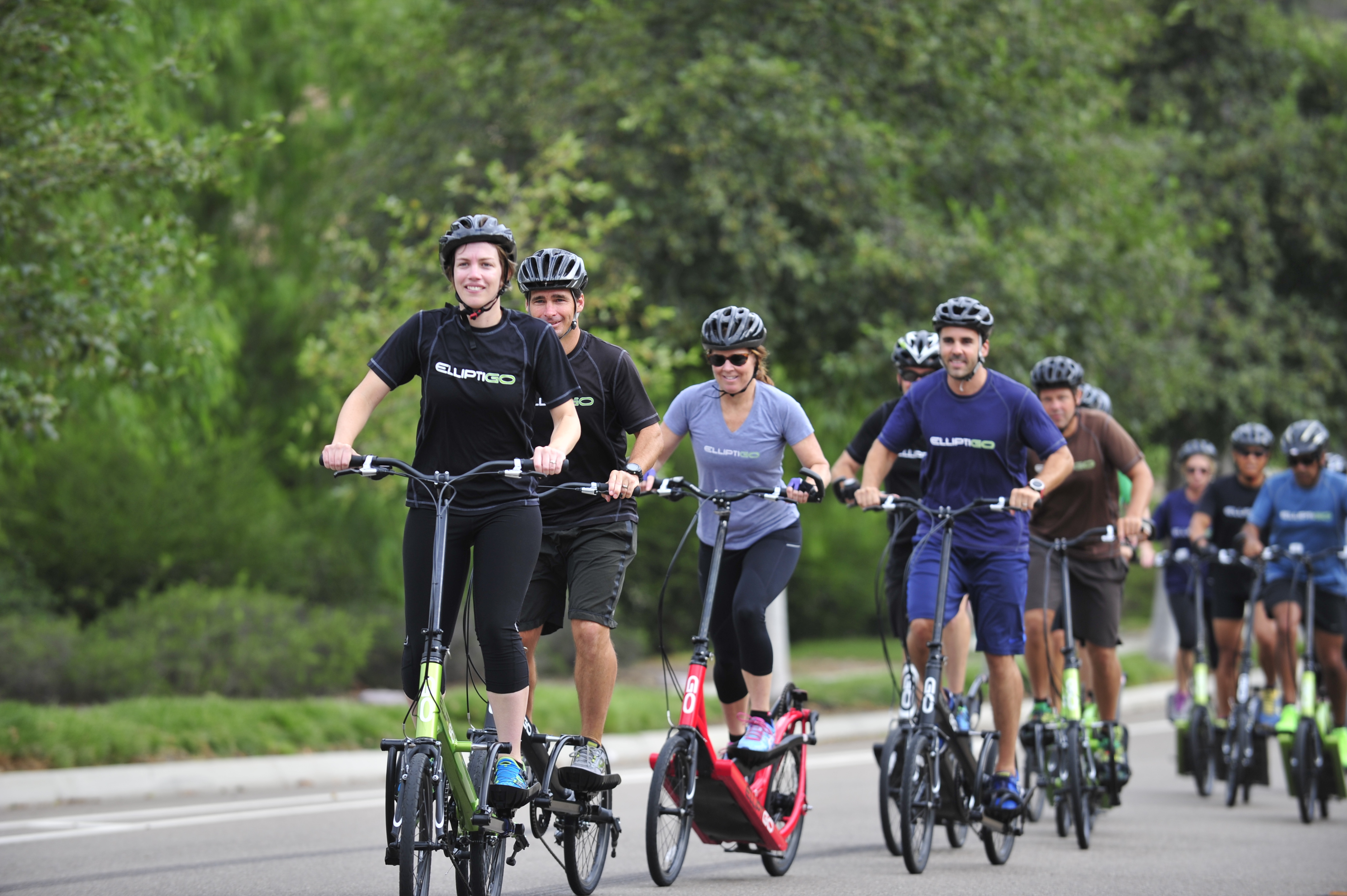 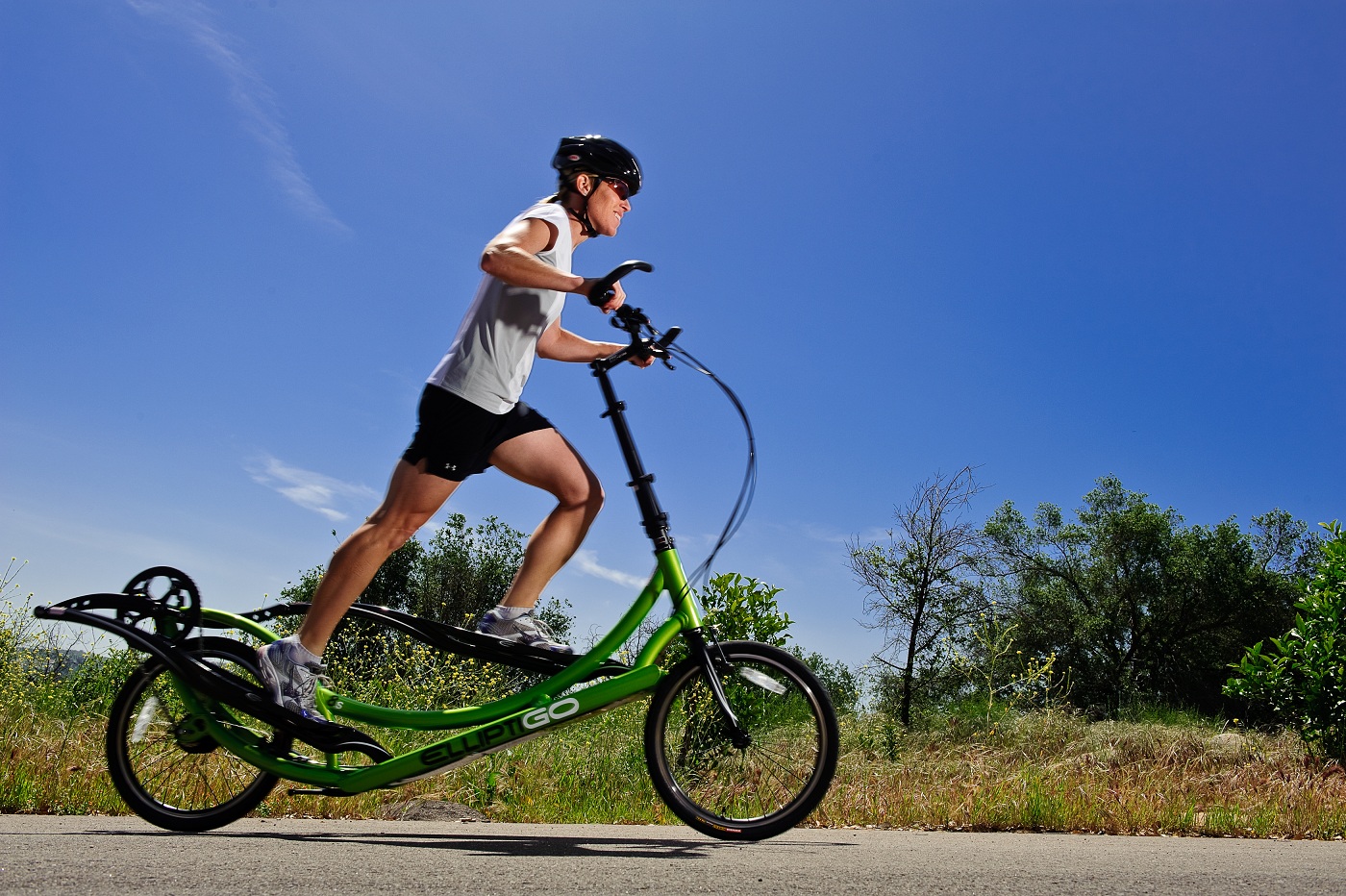 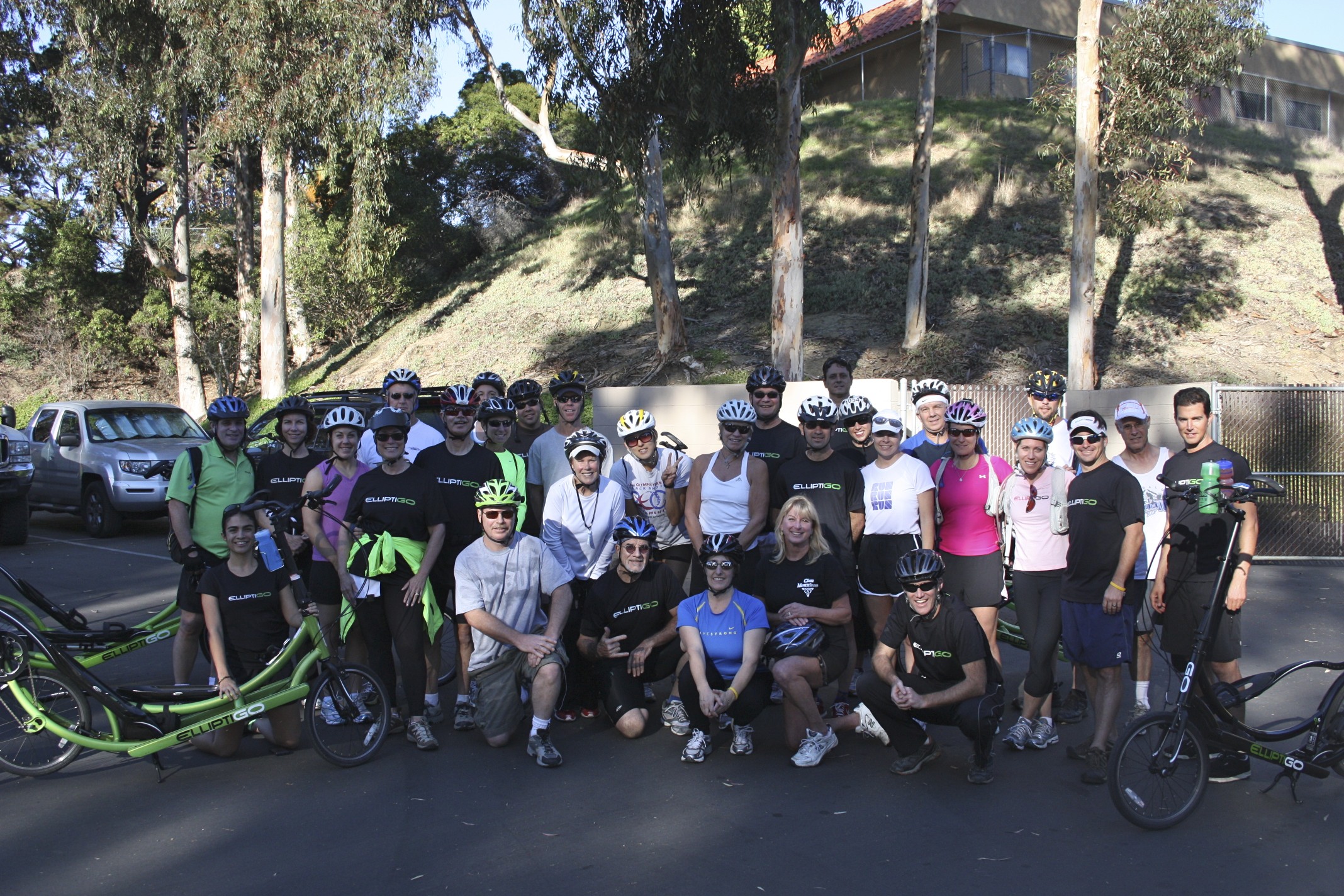 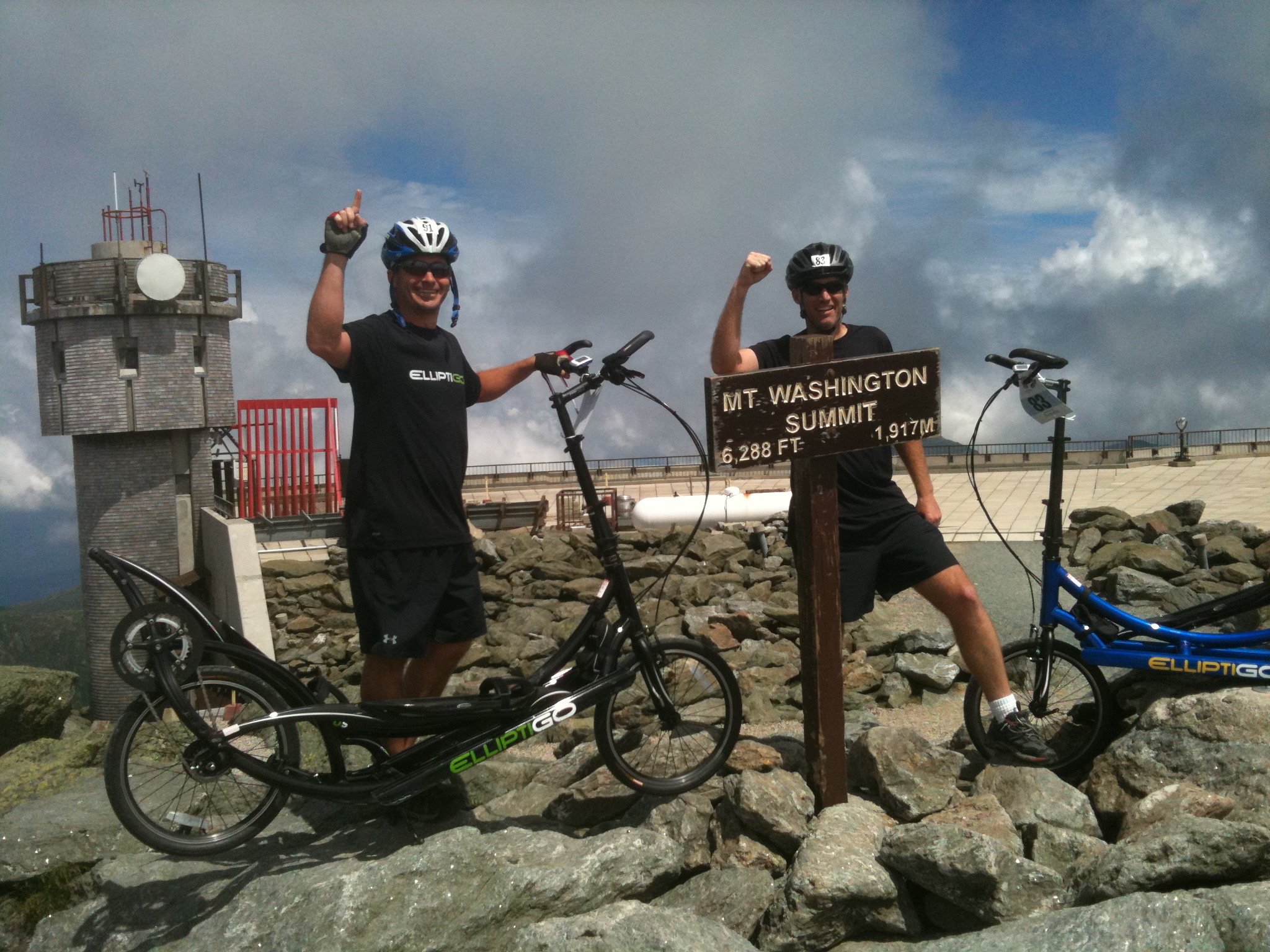