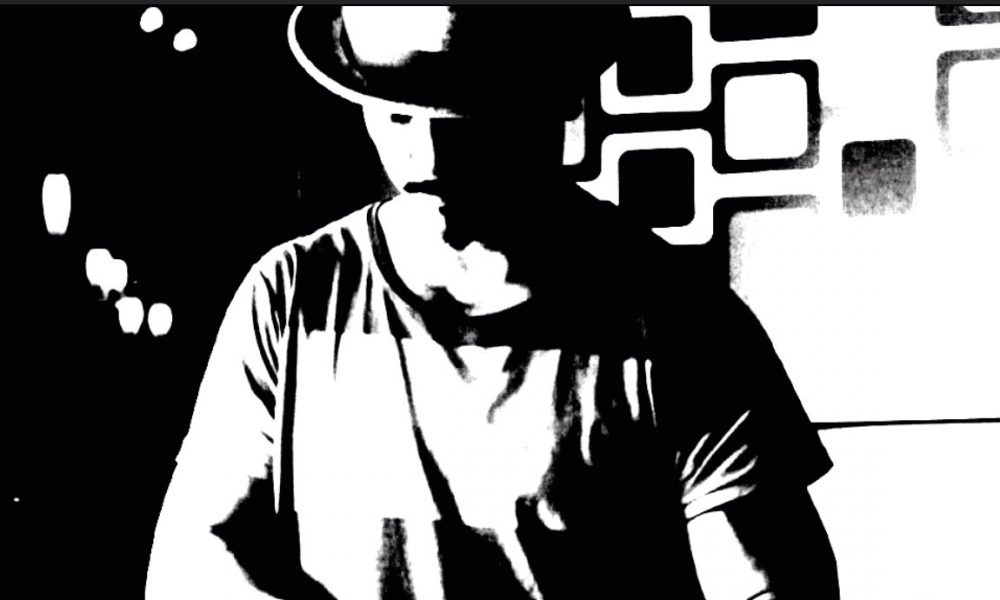 Today we’d like to introduce you to Christian Gomez.

Christian, let’s start with your story. We’d love to hear how you got started and how the journey has been so far.
I was born and raised in San Diego. Born in Logan Heights, raised in the South Bay: Chula Vista and Bonita respectively. Shortly after high school, I went on a study abroad into Western Europe. It opened my eyes culturally, artistically and gastronomically.

After returning, I ventured away from my home city into the city of Angels, where I was once again exposed to beaming culture and hospitality whilst I chase a dream of being part of the Hollywood story. In a combination of working in front of the camera I worked, as its commonly known, in the restaurant business, I spent 12 yrs with the 2 hot tamales aka Susan Feniger and Mary Sue Millikan of Border Grill in Santa Monica as well as a stint with Hans Rockenwagjer.

In the chase for all things creative, I fell into being an assistant Food Stylist, working under the tutelage of Susan and MarySue, Victoria Granof (NYC):, Wendy Blasdel (LA) and Kimberly Huson (LA). After a couple years I ventured into being a Key Foodstylist dong jobs for clients such as MGM, Bimbo, SubMarina and Miller beer. The skill set of food design for picture h@s been invaluable and continues to be a part of what I do.

In 2000, I crossed back over into the palate side and started a guerilla-style catering company and private chef service, El Chino Latino. I served celebrities, photo shoots, production company wrap parties and weddings. It was about that time, that my confidence in what I was doing from all of my experiences with food gave me the cajones to ponder doing my own thing… legitimately.

After having read for my 4th call back with Mel Gibson for the Mayan story/film Apocalypto, I envisioned my break in the business was finally about to happen. To my disappointment, I was put on hold and later informed that they went with another candidate. To compound it, I went through a breakup and my car’s engine gave up. Jajajaaj.😳😂

These tribulations had me packing my bags and heading back to my hometown where I was filled with creative experiences feeling revived like a sharp knife in a lineup of dull knives. But prior to jumping into my first project, I took a short hiatus to travel.

Not having enough, an adventure across the pond to Spain, France, Italy, Netherlands, Slovenia and Croatia polished my acumen just right. The wine countries, the bars, and restaurants of all mentioned gave me the old world that I embellished to the fullest.

Bringing all those experiences into my projects is so meaningful. It’s the catalyst of what I do. San Diego being such a young hospitality city, it’s proven ripe for the scene.

Overall, has it been relatively smooth? If not, what were some of the struggles along the way?
The biggest struggle at the beginning was the recession of 08’. Not knowing much about stock markets and economics it took me down a dark road of the unknown. I prevailed with wisdom gained. Outside of that, it’s a common challenge to find good labor. Employees that get it, that appreciate hard work and consistency is far few and between. Culinary grads proved to be pre-madonnas. The immigrant pool have exemplified the work ethic most team with.

Alright – so let’s talk business. Tell us about WetStone Wine Bar & Fools and Kings – what should we know?
Well, my blueprint in both restaurants has been lean on taking guests to places unlike many. Through food, drink, ambiance, music, and service my aim is to make it all a dance, a production of getting out of the city.

Making guests feel like being transported to another city for a few hours is my ultimate mission. If they depart thinking they just stepped into a resto in San Sebastián, the Jordaan district, Barranco, San Telmo, Floripa, Hayes Valley, DUMBO or the such, then I feel I’ve accomplished something.

I am an active owner, manager, purchaser, chef, FOH, and BOH when called upon…

My flavors are bold and globally inspired. My food is less trendy and more real with soul. My wines and beers are eclectic and lesser known. For example, a Churrasco plate of Achiote chicken, Merguez lamb sausage and a well marinated flat iron steak with chimichurri and Danish blue cheese crostini paired with a glass of iron-rich, dark berried Slovenian Refösk is a treat.

Moments that make me proud are when guests tell me or my FOH, “I’m not going to look at the menu, you tell me what I should eat or drink!”. That is when I know I have garnered their respect.

Any shoutouts? Who else deserves credit in this story – who has played a meaningful role?
All the restaurateurs from my past: Tom Fat, Mary Sue, and Susan, Hans Rockenwagner. All the food stylists: Victoria Granof, Kimberly Huson, Wendy Blasdel. All the regulars over the 10 yr stretch at WetStone that return for their favorites. The guild of artists that have donated their passions to my projects. From photographers, artists, wood artisans, lighting professionals.

All of the above have shown me their expression of design, risks taken with their concepts, their carrying of their stern visions, of their patience in creations whether they know it or not they all played a big part in inspiring me. 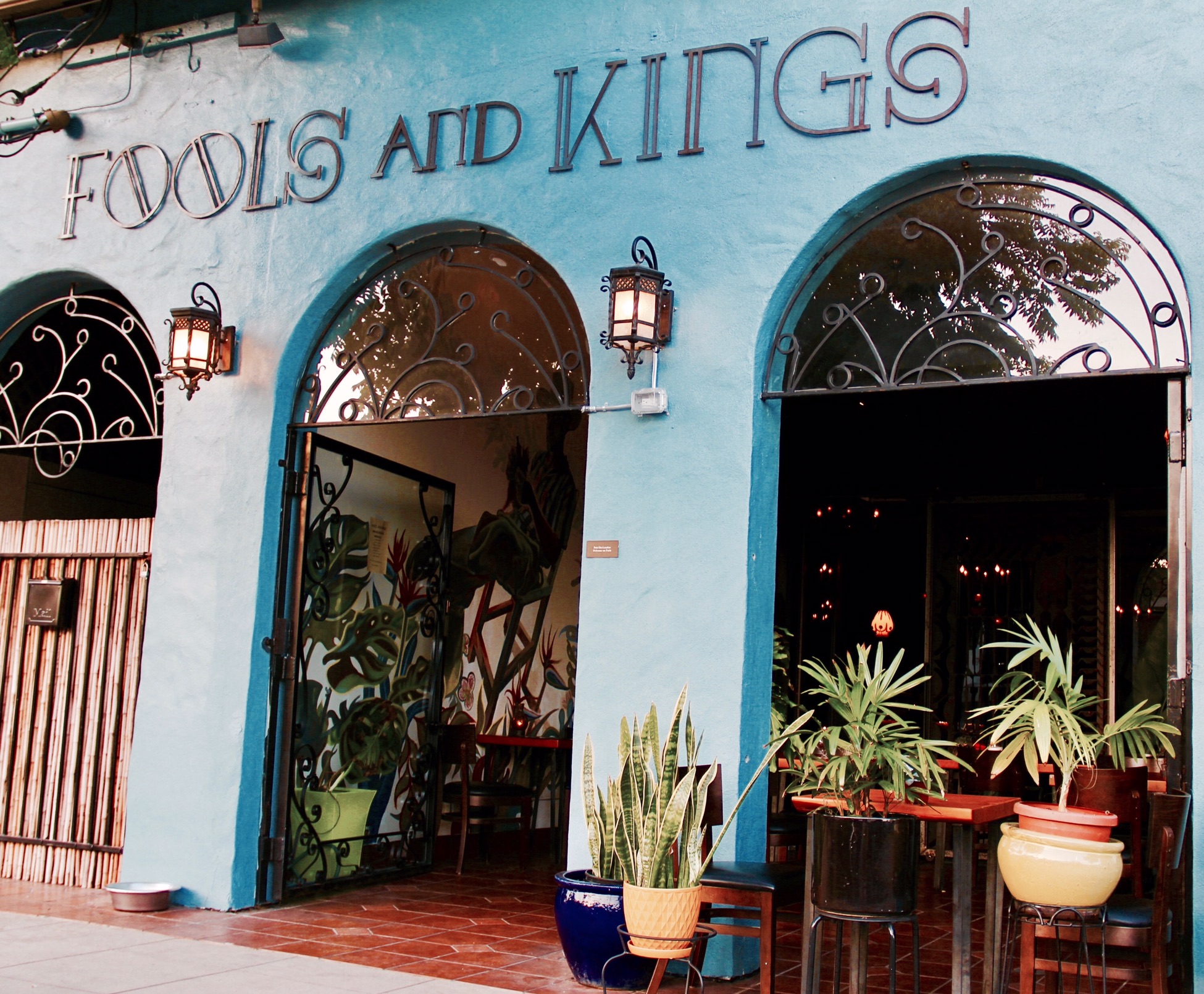 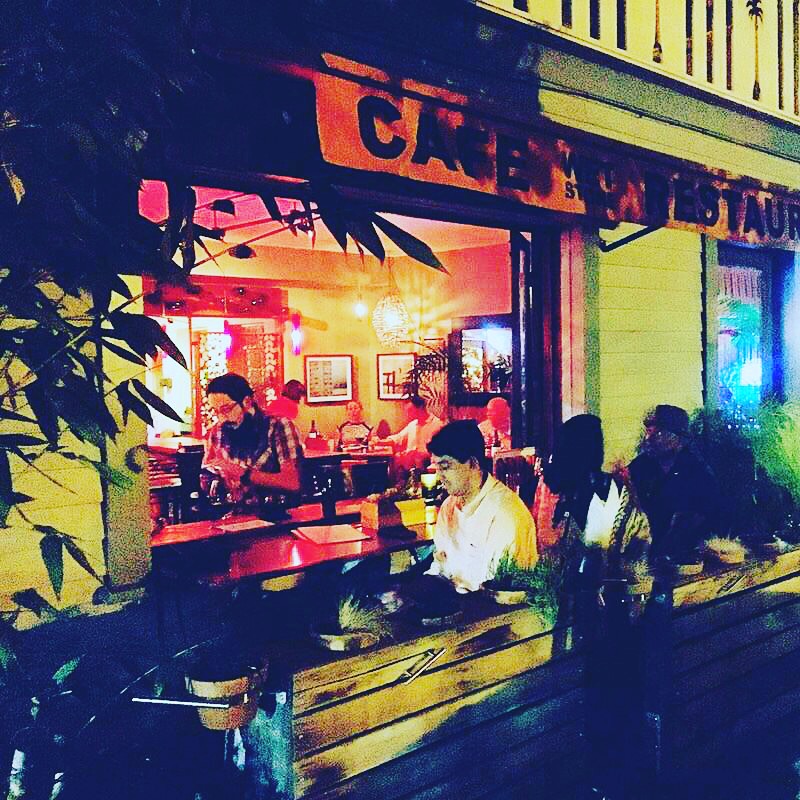 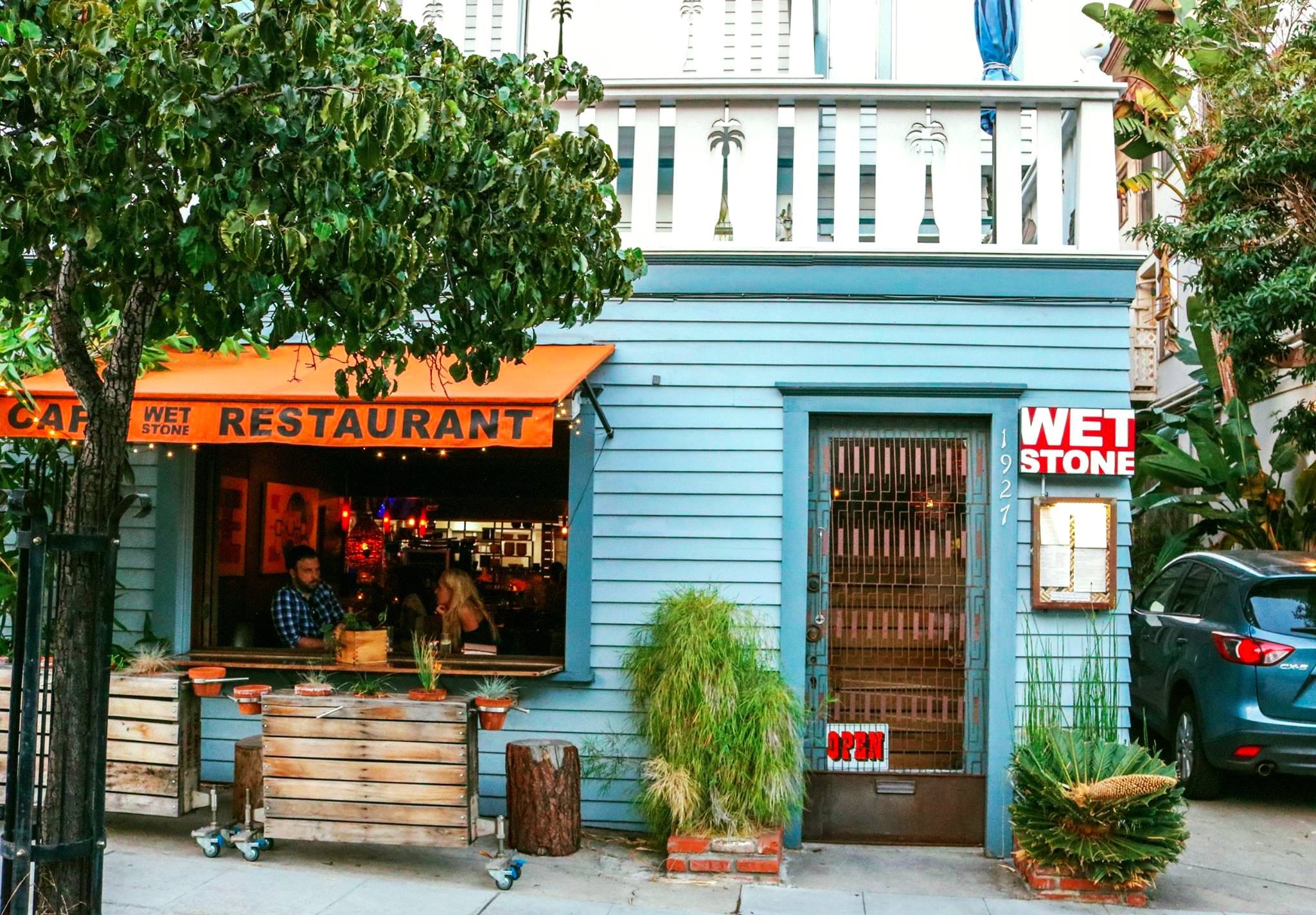 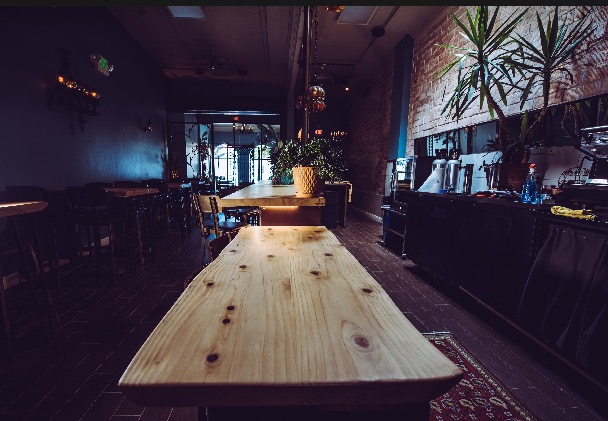 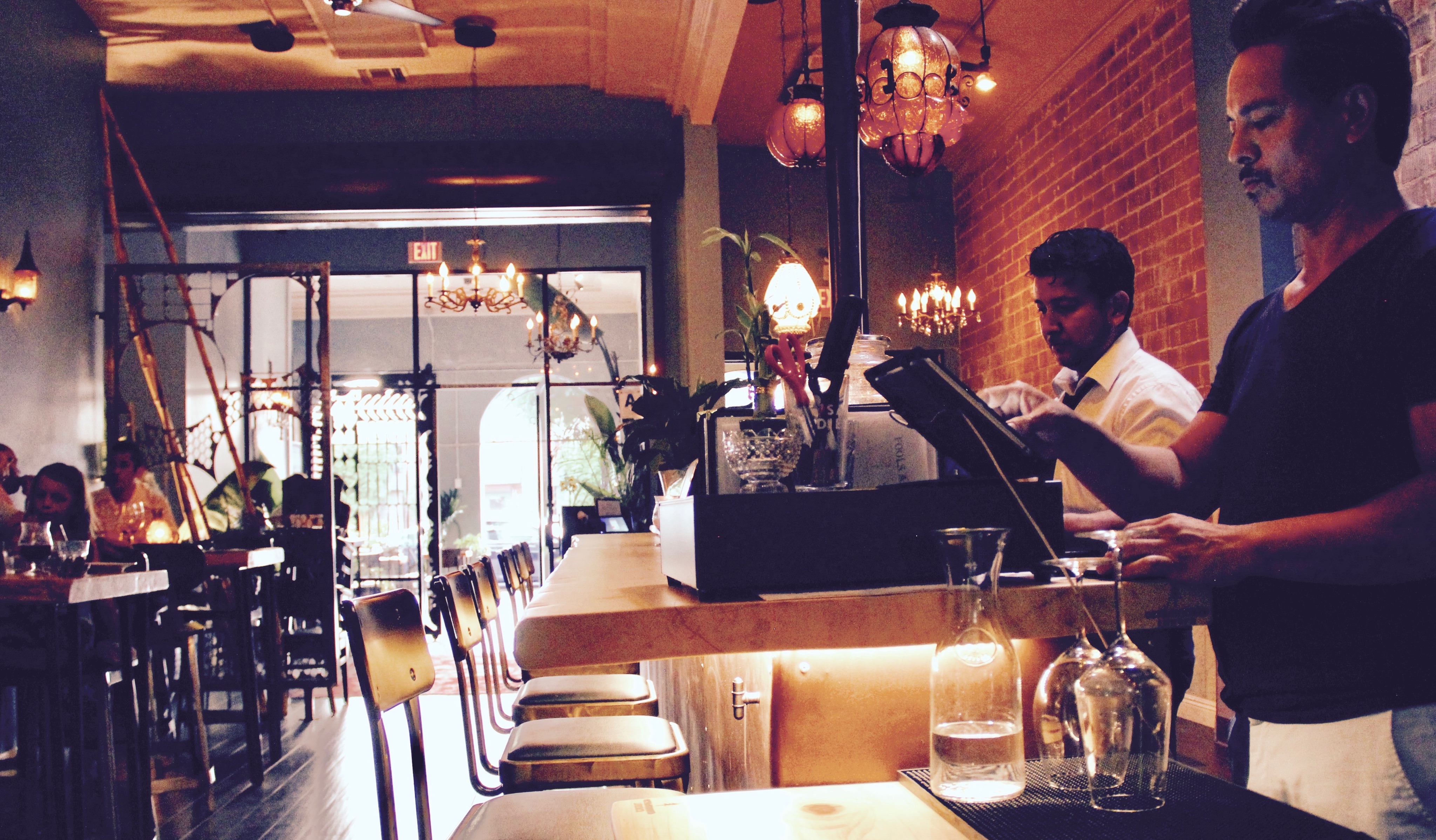 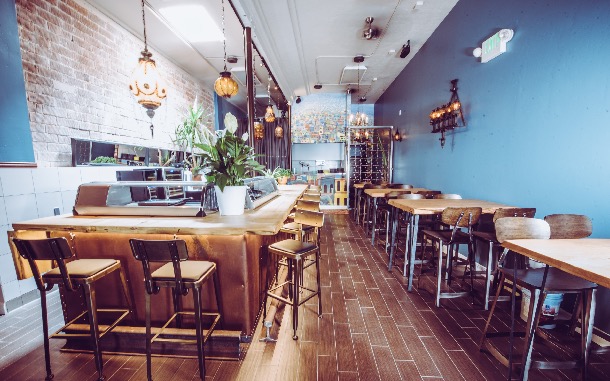 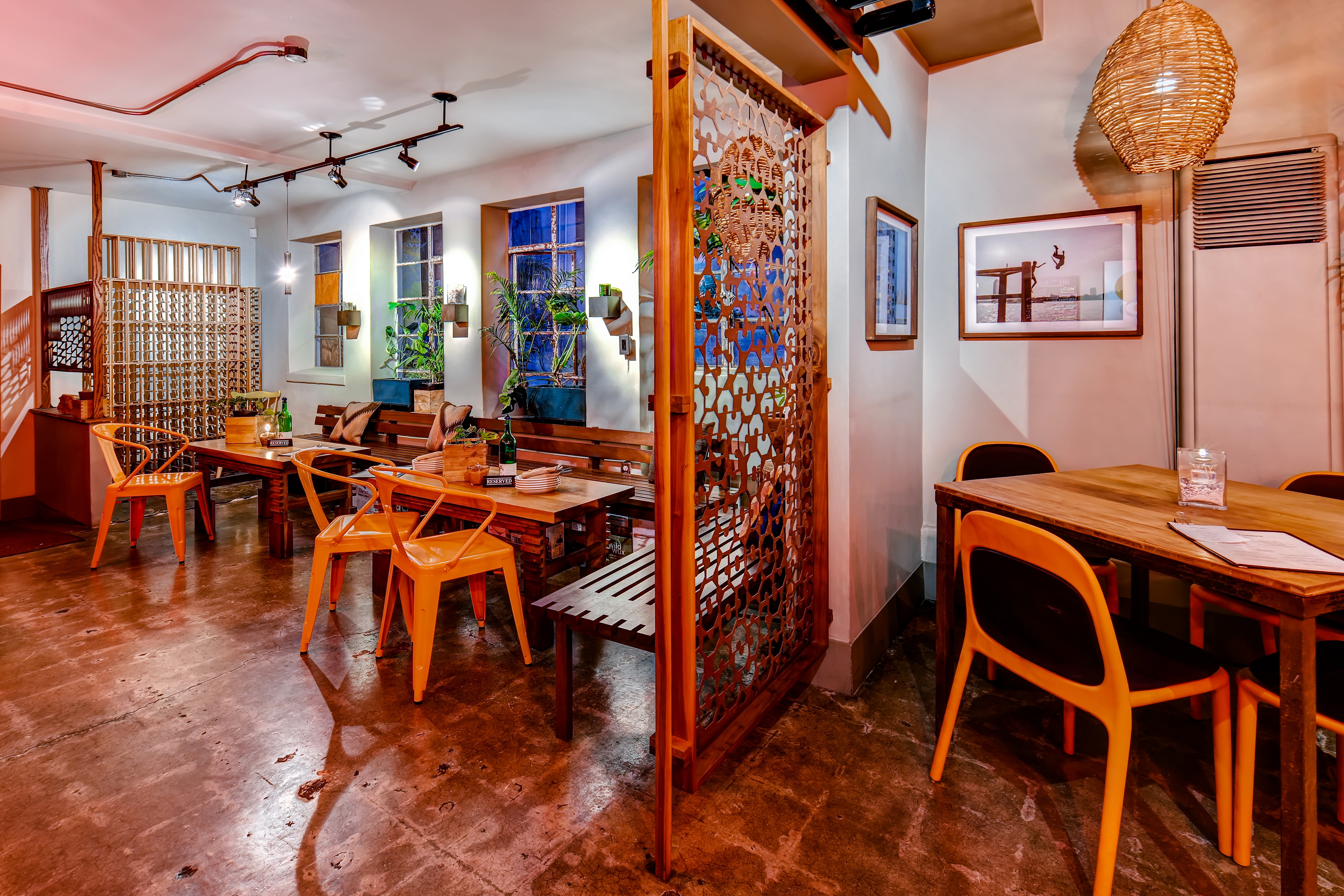 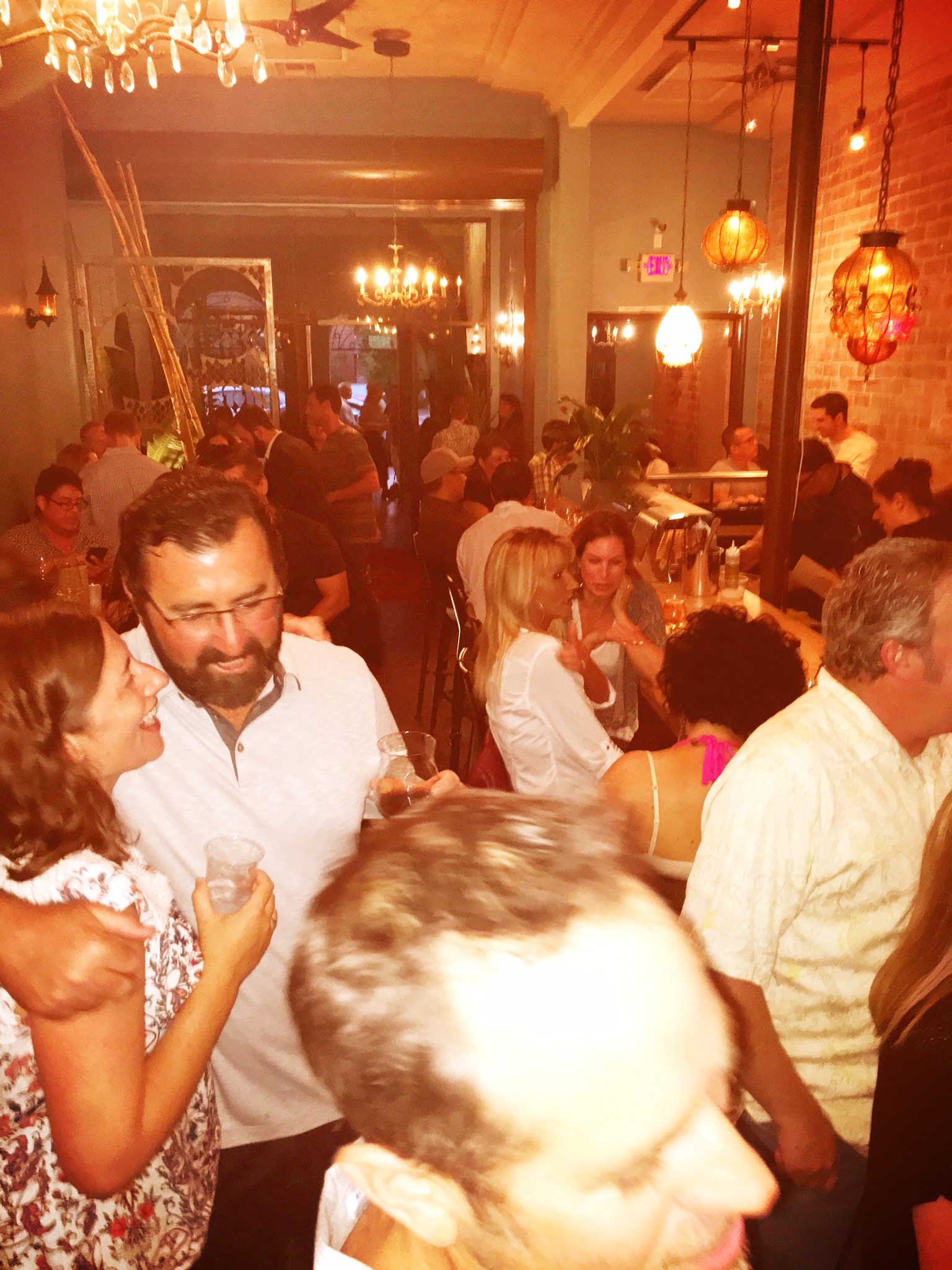 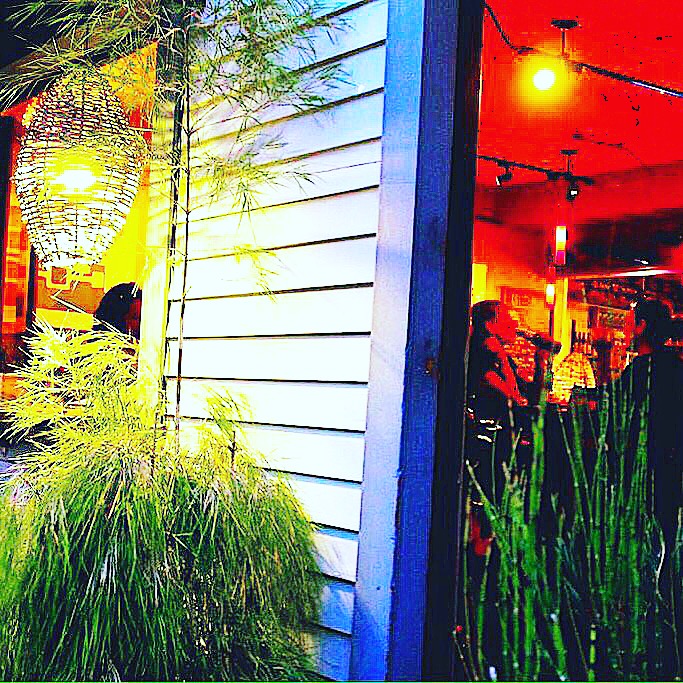 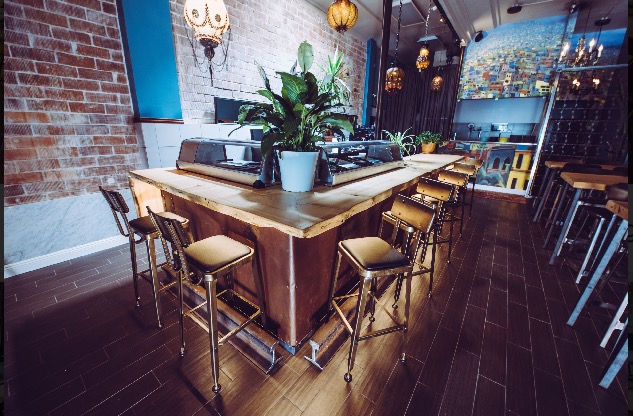 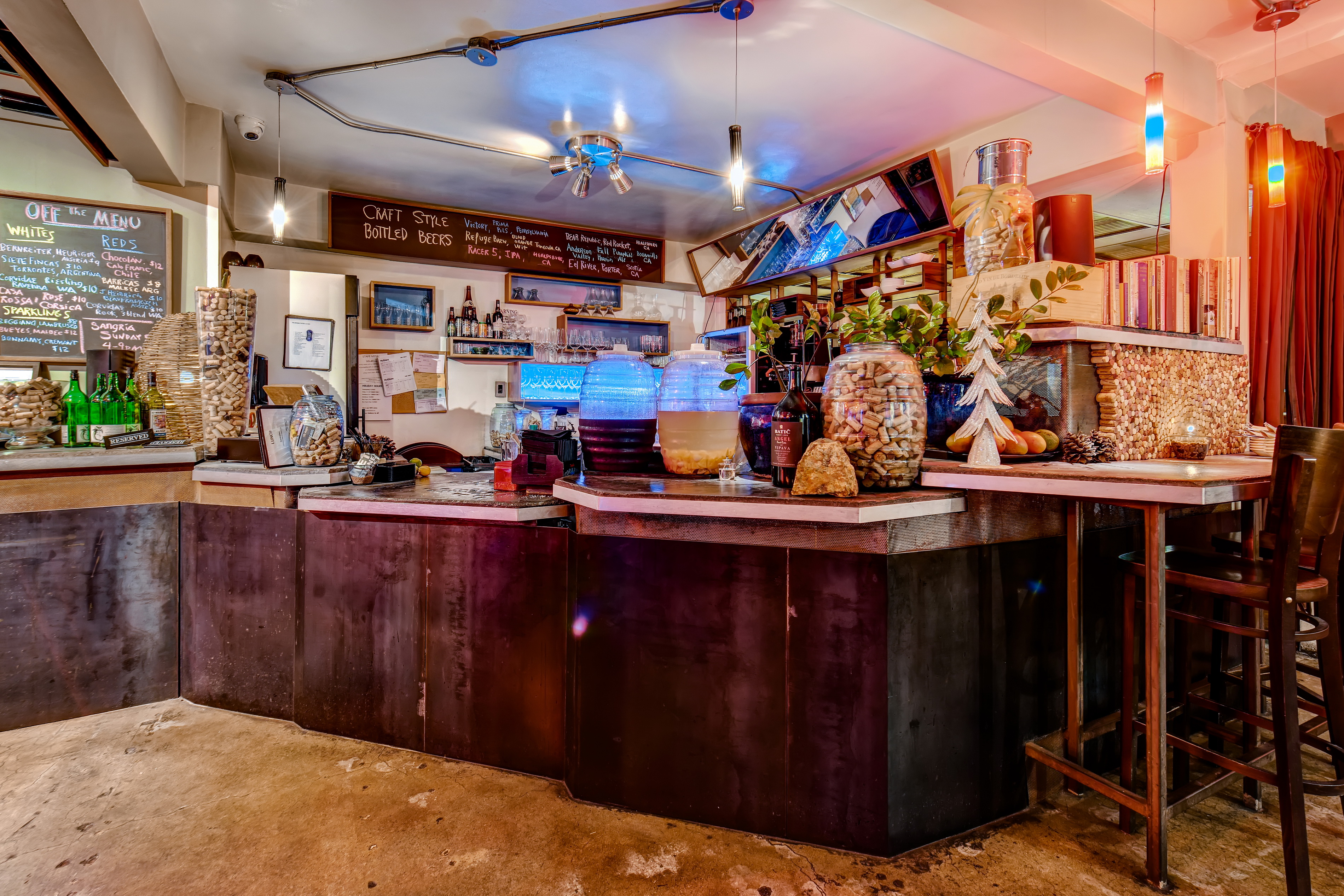 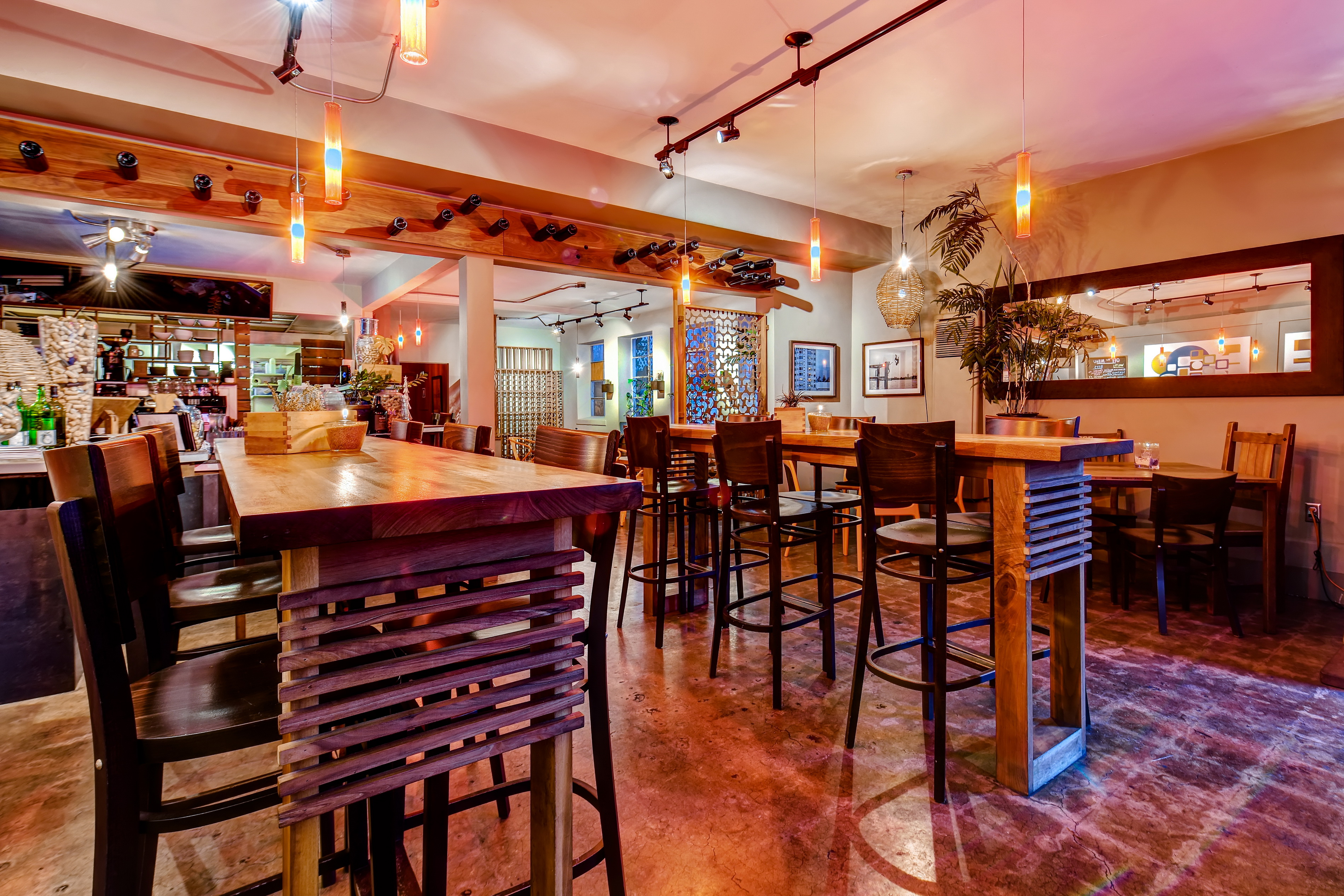 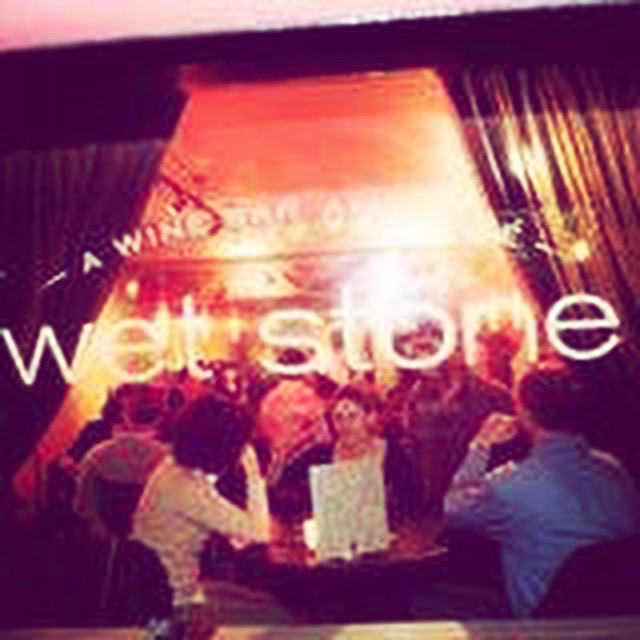 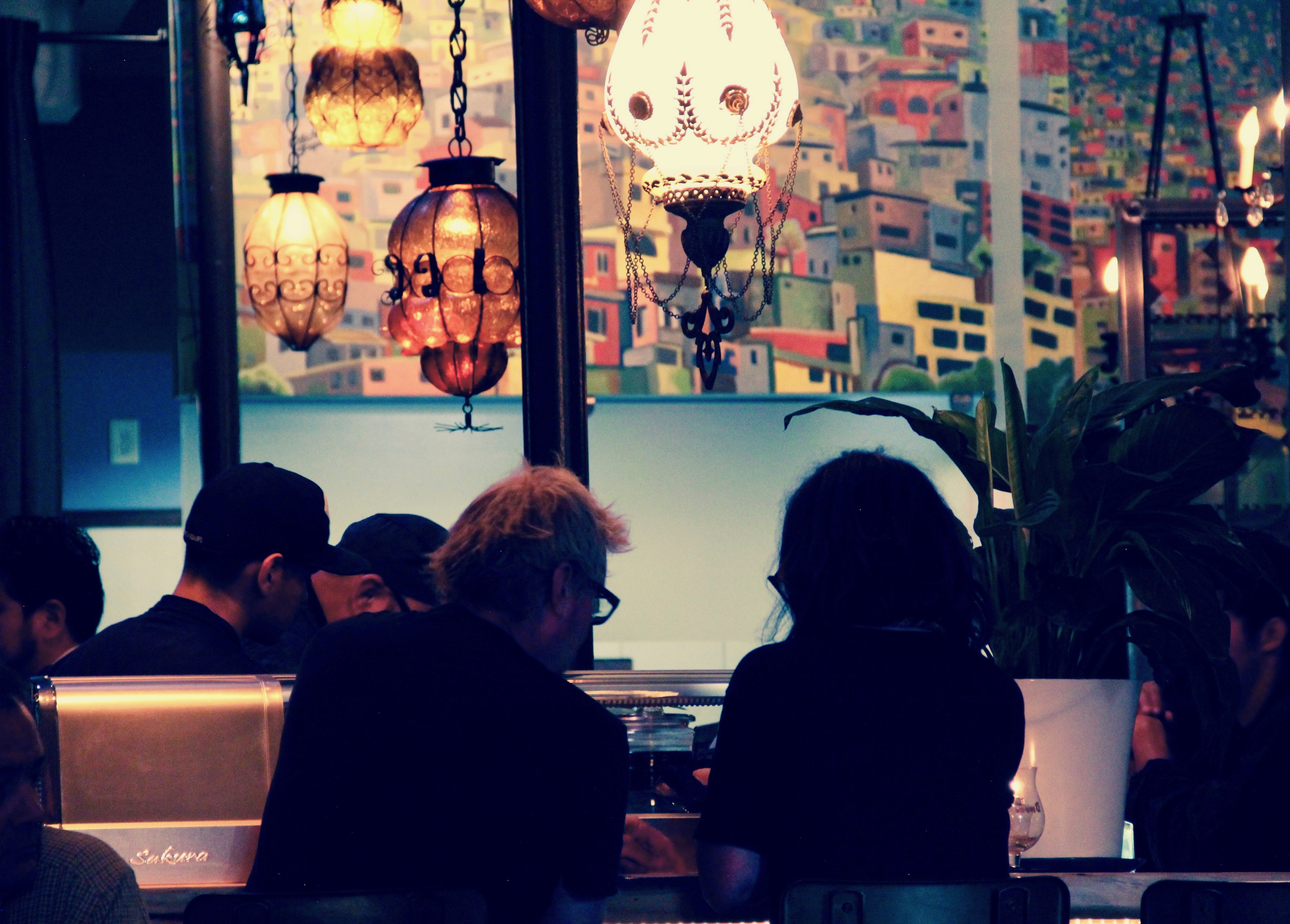