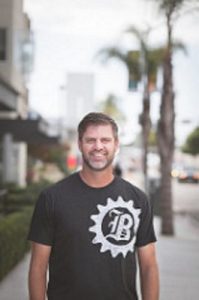 Today we’d like to introduce you to Chris Brewster

Thanks for sharing your story with us Chris. So, let’s start at the beginning and we can move on from there.
My family and I moved to the City Heights neighborhood in San Diego a little over eleven years ago to be apart of a church plant that met in the Hoover High School auditorium. With a background in inner-city youth ministry, as well as having coached Cross Country and Track and field in my later college years, I thought perhaps volunteering as a Hoover High School Track coach might be a great way to get involved in the neighborhood.

I was overwhelmed by the rich diversity of a neighborhood, home to refugees and immigrants from all over the world. Coaching provided an amazing way to become embedded in our new neighborhood, getting to know the neighborhood through young people, their hopes and their struggles, in an athletic context, which, by design, is intended to challenge and to facilitate growth and development that depends on social bonds and emotional connection.

Early on, I met athletes such as Dahir Mohammed, a Somali refugee, grit and wit were plain as day, but many of the needed supports for a high school student who a few years earlier learned how to read and write in the 7th grade, much less hold a pencil, were limited in the face of overwhelming need. Over time I bonded with Dahir and helped him to see and believe that his running, and his amazing ability to ask others for help, would be his ticket to higher education. Dahir became a San Diego Section Champion in Cross Country, and after a stint at Southwestern College, graduated from Morehouse College in Atlanta.

However, the program at Hoover continued to struggle overall, despite many individual successes, it became apparent that the students lacked the resources; parent booster clubs, money to buy shoes, access to safe places to run, the chance to go to running camp, and an overall vision for and awareness of running as a sport. Realizing that the many individual heroes in our public school system could only do so much, I began to think of what some extra wrap around supports might look like to help runners at Hoover succeed. Our athletes needed extra support, I couldn’t play the hero for long.

Around 2012 I was pushed by the form Executive Director of Urbanlife MInistries to start a running club that would provide wraparound supports for the Hoover High athletes I was coaching, I was given a green light to carve out a part-time role directing City Heights Runners, an initiative of the broader youth development work of Urban life.

However, I had a lot of desire, but limited capacity, and needed a team, lone rangers don’t last long. Almost simultaneously my friend Tlaloc and Rachel Venancio, two young, idealistic, former collegiate runners decided to move into the neighborhood, to become assistant coaches at Hoover, and to pioneer a middle school running club at Woodrow Wilson Middle School. Over time we developed an amazing program that served 30+ middle school students by providing them opportunities to run (of course), to go on hikes, to run their first track meet, to run at a downtown 5K.

In all honesty, we wanted to serve middle school kids, with the hope that this would be a feeder program into Hoover, in order to build the high school program. It was, to a certain extent, but after a few years, we realized that most impactful part of the middle school program was the opportunity it gave our high school students, and college-age alumni, to give back to their neighborhood as coaches.

We began to re-imagine the program as a vehicle for our older runners to learn critical leadership skills, and to utilize their gifts and their influence, as coaches who would design and run our middle school program. We have had over 30 high school students, and 8 colleges aged alumni, serve as coaches over the last seven years of the program.

Just the other day, I was able to watch a teamwork with middle school students from Wilson and Monroe Clark Middle schools on the first day of practice, one of our key leaders headed of to San Diego State this Fall told the students, “We are here out of our comfort zone, in front of you, leading you, will you step out of your comfort zone, and try something new?” Over the last couple of years, we have had teams of students lead programs at all three middle schools in City Heights.

City Heights Runners has been an amazing vehicle to resource the Track and Cross Country programs at both Hoover and Crawford High Schools. It’s helping to provide offseason racing opportunities, running camps in places like Mammoth and Santa Cruz, as well as things like ESL tutoring for students far behind in their language acquisition.

In fact, our ESL tutoring program is run by an amazing alumnus, Kenia Rendon, a student at San Diego State. Our student-athletes see young adults like Kenia, and many of them think in terms of “impacting their neighborhood” after college. They see themselves as part of the solution to the obstacles young people face, rather than people who just have overcome a lot of obstacles and problems.

We have seen numerous athletes continue to run in college, in fact, we will have at least six doing so from this past years graduating class. Crawford High School hadn’t had a full team to compete in over 15 years, they just placed 7th at the State Meet. Another proud accomplishment is that every runner from Hoover who stayed with the program for 2+ years has gone onto college, over the past five years! Somehow this family environment, where “positive peer pressure” abounds, is propelling our young people forward.

We’re always bombarded by how great it is to pursue your passion, etc – but we’ve spoken with enough people to know that it’s not always easy. Overall, would you say things have been easy for you?
Our runners at Crawford, from places like the Congo, have often grown up in refugee camps, and come to our school systems with huge gaps. Our schools are not equipped to be able to hold them back, provide extra support so that by the time they get to college they will be able to read and write at that level. Crawford’s success as a running program requires athletes who are eligible to compete.

Despite many administrators and teachers who go above and beyond, our schools do not have the resources to help them… So, if Crawford is going to have a program, then ESL support, and tutoring nearly every day needs to happen. This has fallen on Coach Tlaloc Venancio and Coach Kenia Rendon. How do they sustain coaching, and running an educational support system at the same time? The struggle is real, burn out will come without extra help.

Many of our athletes also do not have access to enough healthy food. Without extra support, our athletes simply can’t train on empty stomachs.

We also have many cases of students who need to stop running in high school, our quit early in college, because they need to earn income for their families. They simply can’t balance academics, athletics, and a full-time job. Sometimes students respond to crises in their family, without taking the long-term view that their family may be struggling, really struggling, but their main job is to focus on school, and their running as a means to pay for and keep them in school. We have a crisis of living wage jobs, that leaves our immigrant and refugee families in perpetual crises, it can be a challenge for the student to stay in the game.

What were you like growing up?
I was a “hard to handle” kid in elementary school, who responded to a PE teacher who personally invested in me, through starting a running club that would direct my energy towards more positive outcomes. I have always been a questioner of the status quo, and have had a mistrust of authority figures who like to keep things in control, without wanting to address the underlying issues.

I have always been a voracious reader, a learner, and someone who uses sarcasm and humor, to keep things light, but honest.

My Christian faith in college led to a worldview that said that love of God goes hand in hand with real, tangible love for our neighbors. Especially the most vulnerable. A society is judged by the way that it handles is most vulnerable human beings.

Some of my most precious friendship are cross-cultural because I am forced to look harder at myself and to see the cultural baggage I bring to my relationships. 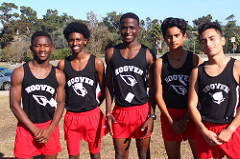 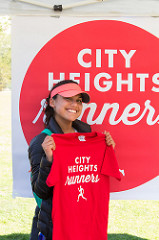 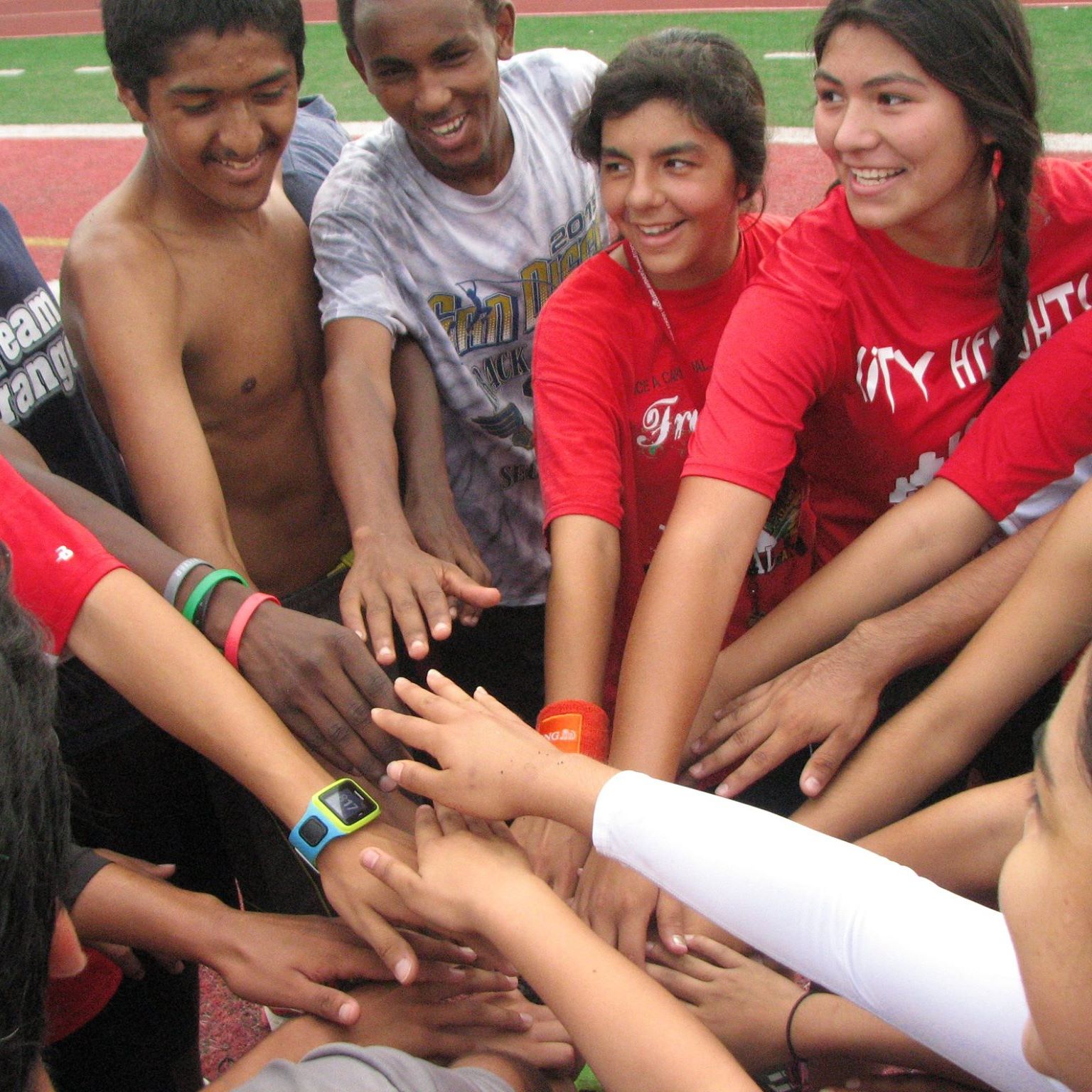 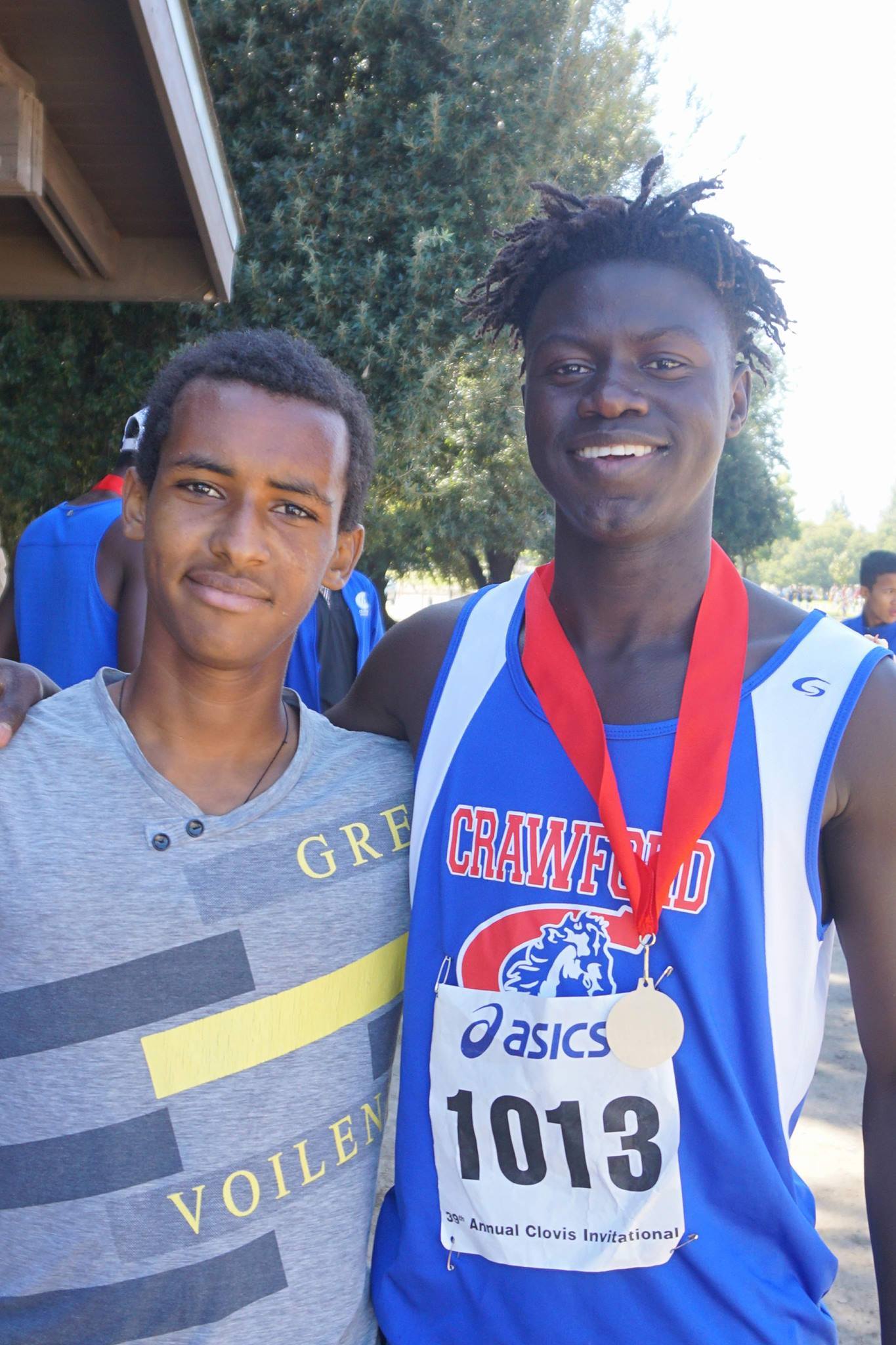 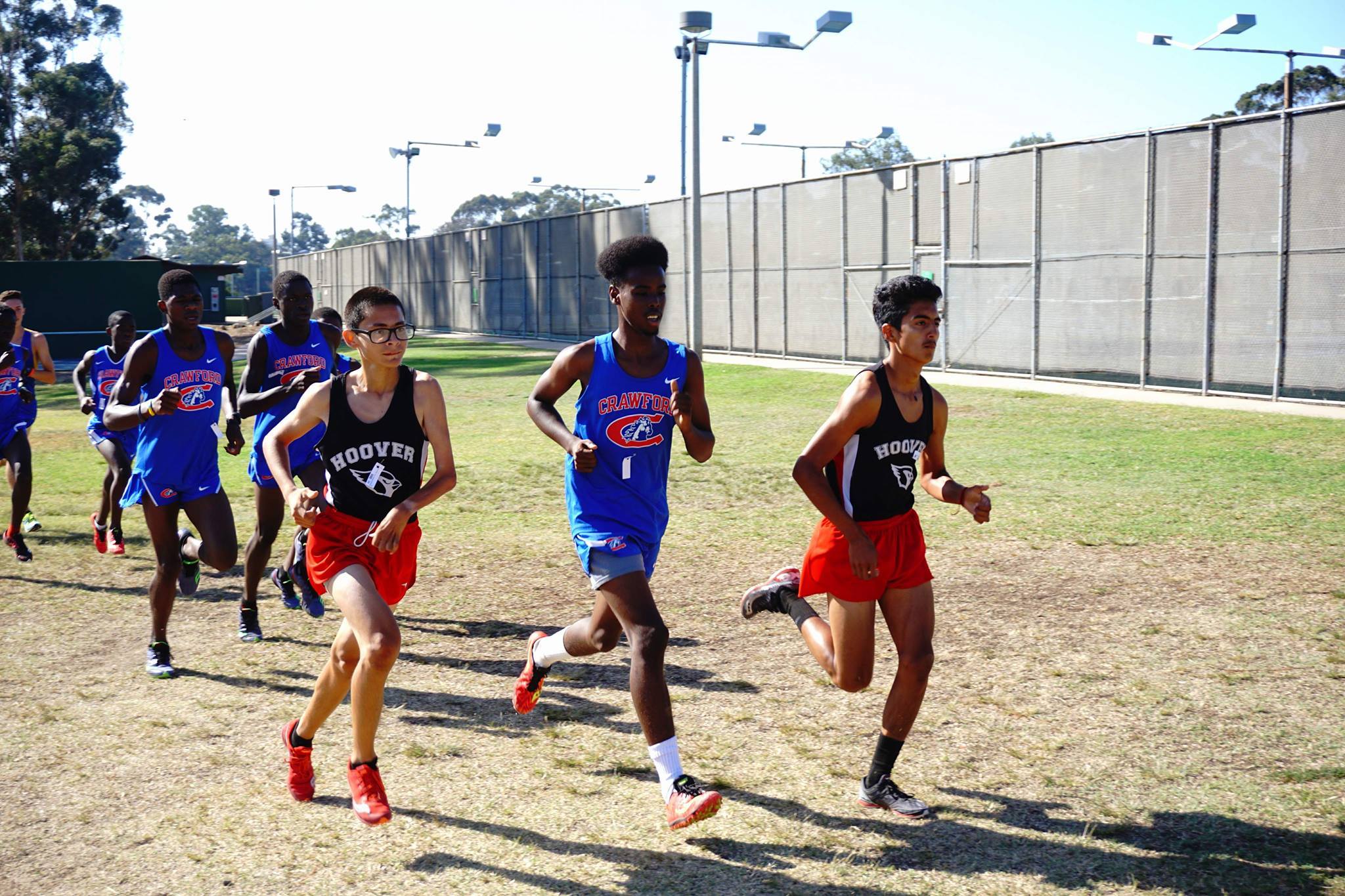 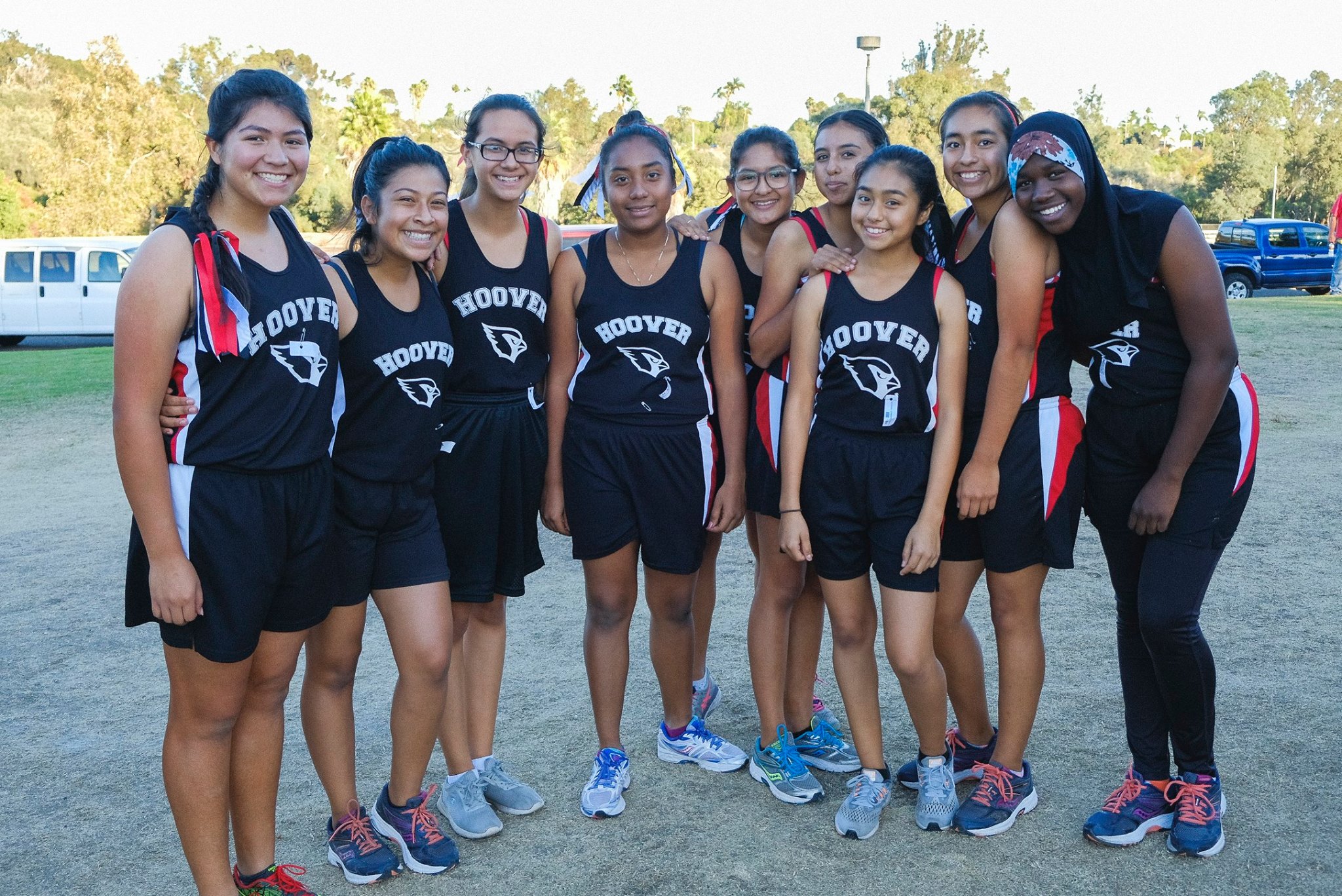 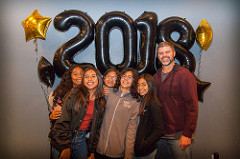