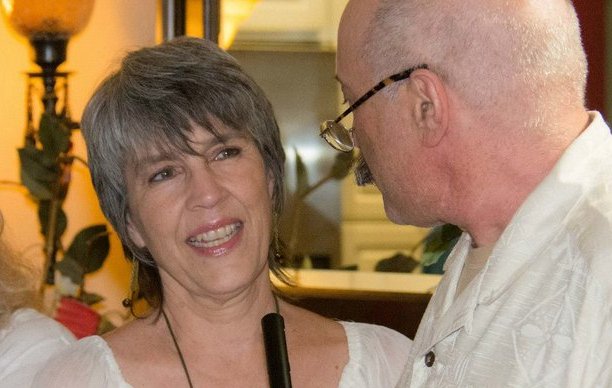 Today we’d like to introduce you to Connie Terwilliger.

Connie, please share your story with us. How did you get to where you are today?
My story meanders. There wasn’t a plan, just a lot of preparation meeting opportunities resulting in 40 years of wearing a lot of hats revolving around media production.

My path to a career started with KCOE-FM in Cedar Rapids Iowa while at Coe College. An art degree led to weekend graphic artist work at WMT-TV where I was quickly moved into full-time work running camera and floor directing.

The official start in visual media was at WTIU-TV in Indiana during graduate school at Indiana University. I parlayed my experience there and my MA to become the first female director at a network television station in San Diego in 1977 – directing such programs as “Let There Be Light” and “Keen’s People,” as well as some nightly newscasts when sports was still A/B roll film.

Shortly after that, I opted out of directing to become the first female booth announcer in San Diego and the voice of News 8 through the mid-80s. I didn’t sound like an “announcer,” so the door kept opening and I quickly became one of the busiest female voiceover talents in San Diego. My part-time announcer work at Channel 8 afforded me time to develop lasting working relationships with other television stations and production companies throughout the county – both as talent and as a producer/writer for commercials and corporate communications.

During this time, I produced and co-produced multiple Emmy Awards ceremonies including the one at the Globe hosted by the stars of Simon and Simon. I was also a part-time radio DJ at KJOY, Sunny 103.7 and KyXy, working weekends and nights.

After leaving the announcer position at Channel 8, I lost my mind and took a full-time job in the film and video department at General Dynamics. For close to a decade, I worked in-house at the Hidden Film Factory in the basement of Building 4 at GD in Kearny Mesa. I was the first professional female ever hired in the department and was named Employee of the Year in 1988, the same year I was promoted to Supervisor. I wrote, produced and performed as a company spokesperson and voiceover artist for hundreds of live, film and video projects for nearly every division within the company. From Tomahawks to Abrams tanks, from Atlas rockets to Trident submarines, from F-16s to Standard missiles. During these years, I had the chance to hire many San Diego television freelancers.

After General Dynamics closed their doors in 1994, I went back out free-lancing and rebooted my dormant voiceover career – and was one of the first to adopt the latest technology – the Internet – and started working for clients around the world. One of the first being English Language training for Romanian business people – where she played various roles including a southern waitress and a mid-west sales clerk.

Concurrently, I contributed time and energy to professional associations such as AFTRA (now SAG-AFTRA) and ITVA (which became MCA-I/San Diego Media Pros), serving in nearly every capacity on both local and International Boards.

And for 18 years, I taught an Introduction to Voiceover Class at San Diego City College. I recently “retired” from teaching this class, but will be teaching some small workshops and doing some private coaching.

Things seem to be going full-circle. While I still primarily focus on voiceover work for commercials, corporate marketing, and training/eLearning, I have started writing and producing again.

Has it been a smooth road?
I mentioned that I was never much of a planner, and the only time that seemed to affect my career path was leaving my security blanket part-time job as the booth announcer at Channel 8 and trying to go full-time freelance. Things went well at first, and then I lost a voiceover gig that accounted for about half of my income. My broad background in media production carried me through about a year of small jobs and juggling credit cards until the full-time job at General Dynamics presented itself. I wasn’t really interested in working full-time, but this job offered me everything I was doing as a freelancer.

The biggest challenge I faced over the years was moving into the supervisory position at General Dynamics in a male dominated department with no real management training. In addition to being the first professional female ever hired in the department, I had been hired in senior to several of the other staff. Combine that dynamic with marginal management skills and it made for some rocky times.

We’d love to hear more about your business.
I do a lot of different things in media production. When I produce, I am known for my organizational skills. My broad background lets me see the big picture and the details. I am also a scriptwriter and I remember one production meeting where the producer introduced me to the client telling them that my first draft scripts read like third drafts. As a voice talent, I am known for delivering nearly error-free material, leading one client to send me my favorite testimonial – “Someday there will be a statue of you in our lobby – probably gold.”

Is our city a good place to do what you do?
I love San Diego, but we are not a huge production hub. Bringing back movies, TV episodes and high-end commercials would help, but we need to get a Film Commission back to promote and manage – and encourage local hires. There is non-broadcast production work here, with many talented people in all areas of production, but it is hidden. Many of our largest employers (medical, military, and government contractors) have small in-house video departments or hire from the pool of small independent production companies scattered around the county. I encourage new media production people to join a group like San Diego Media Pros, where they can network and get professional development.

On the voiceover side of things, with the Internet, you can live anywhere and do that work – as long as you know how to market yourself and provide good service. 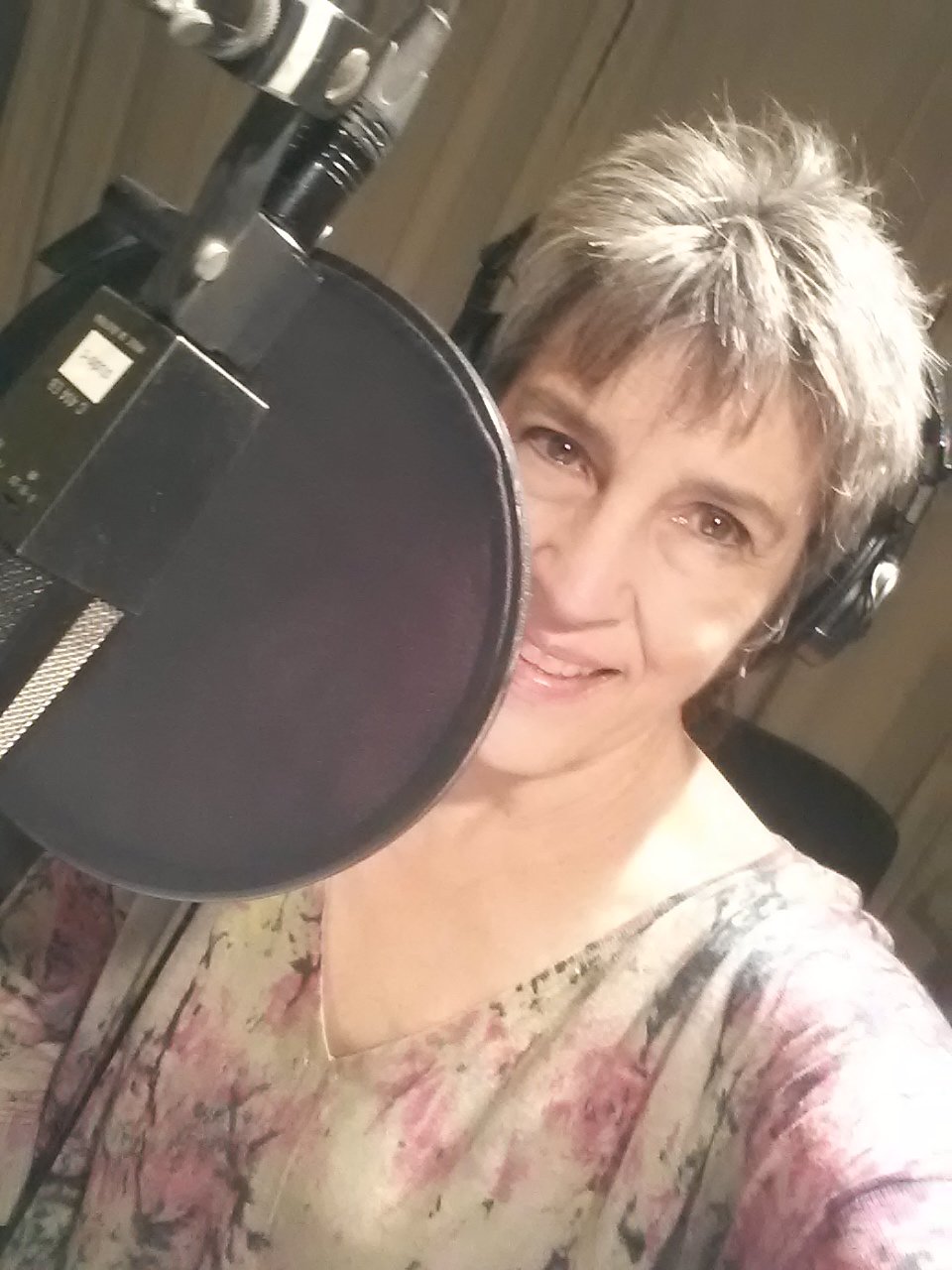 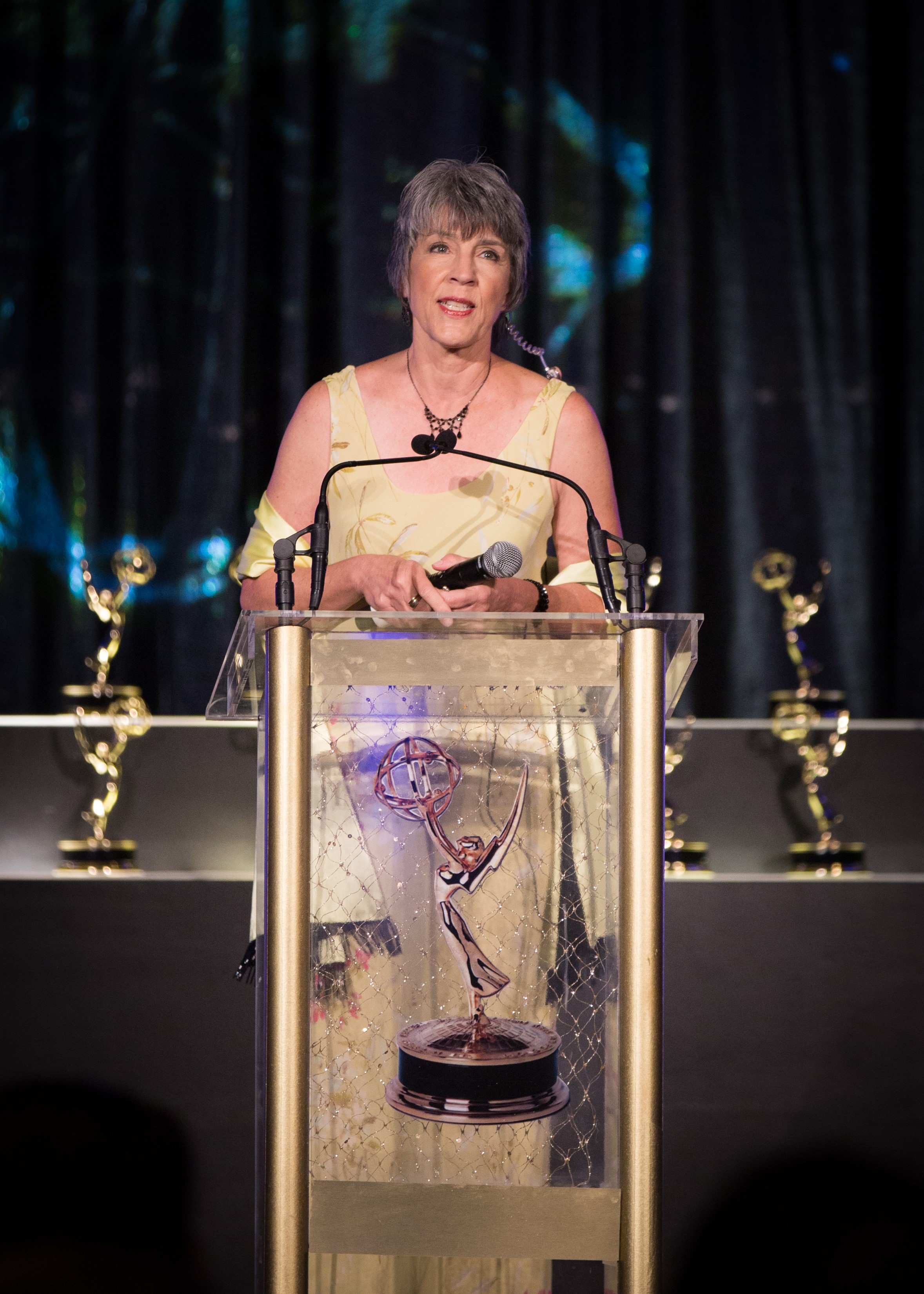 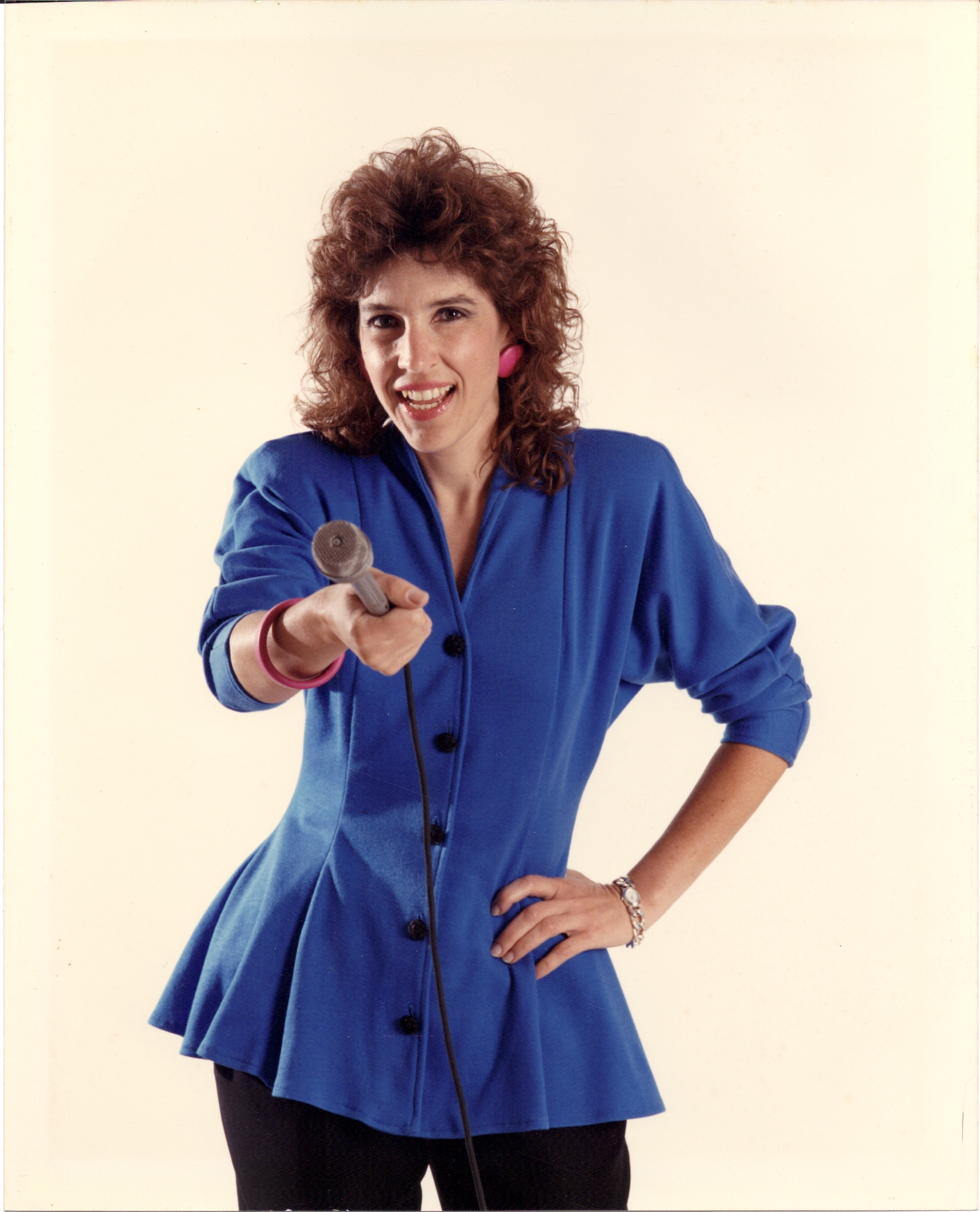 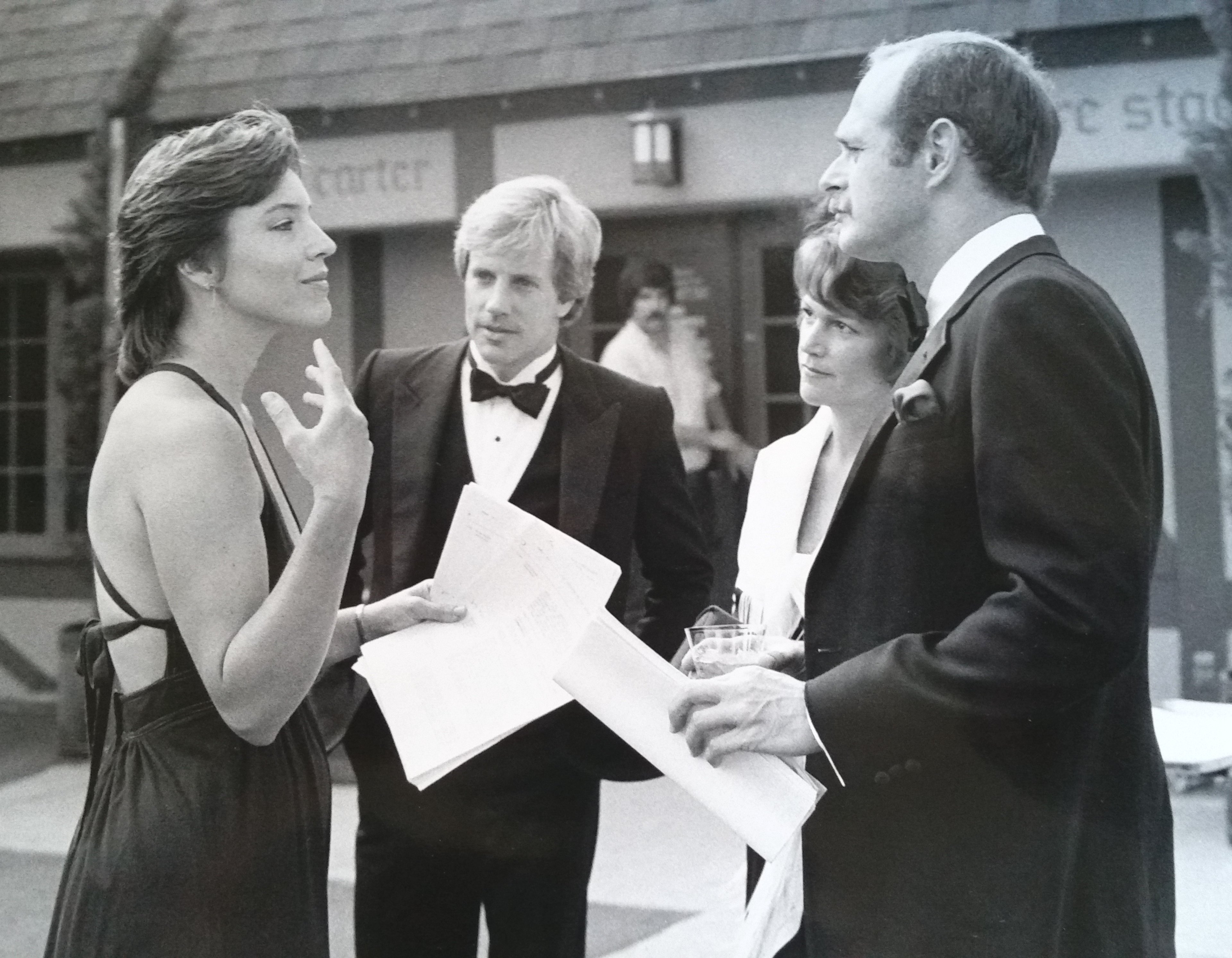