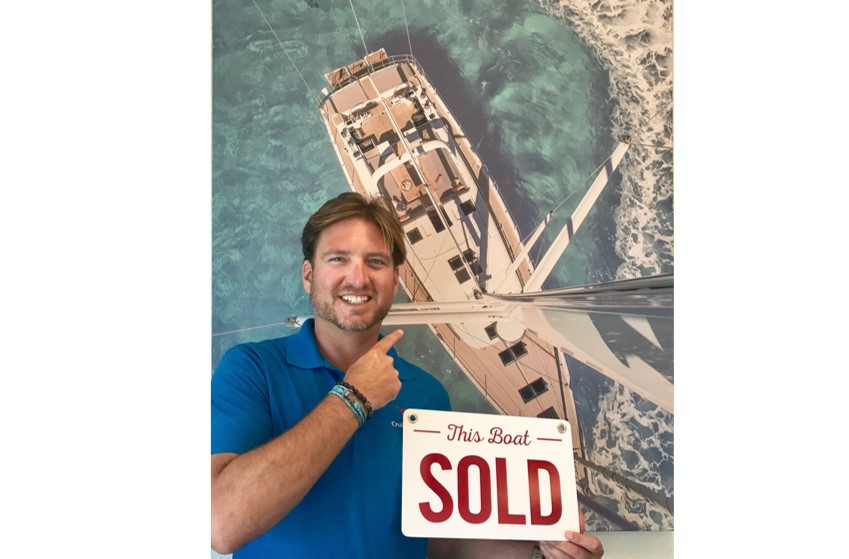 Today we’d like to introduce you to Ian Van Tuyl.

Ian, let’s start with your story. We’d love to hear how you got started and how the journey has been so far.
I’ve been sailing my whole life. My Dad had a boat here in San Diego at the Marriott Marina downtown. During the 90s, my sister and I would come visit him and stay on the boat.

Eventually I got my first job when I was 20 years old working in service for my dad, who was Vice President of Nautical Enterprises/H&S Yacht Sales in the service department. This was on Harbor Island. I did everything from trouble-shooting electronics to fixing toilets. (I even fixed the toilet on my future father-in-law’s boat, but that’s another story. Her father did tell my future wife that I did a good job, and that she should date me.)

Soon I worked my way up to rigging, which means I was a project manager for all new yachts that got shipped in from France. My job was to meet with the future owner and customize the yacht to their liking. This included installing water makers, generators, high-end audio-visual systems…even fun stuff like Nintendo PlayStation. A lot of the buyers really wanted their boats decked out. After I completed the projects on this yachts, I was able to take them out and sea trial them on the boat, ensuring that all of the systems worked properly. It felt really good being in my early 20s and cruising around on a million dollar yacht.

In 2007, I moved into a sales position. It was scary going from a full-time, regular paycheck with bonuses, to a commission only job. I will never forget that on the last day of my first boat show, I sold a boat. I knew I was on the right track from then on out. But there have definitely been some highs and lows.

Shortly after, H&S Yacht Sales/Nautical Enterprises went under, and I became a part of Cruising Yachts, which is now one of the largest yacht dealership on the West Coast. I have worked my way up to Vice President of Sales and Broker of Record. We now have 5 offices up and down the coast from San Diego to San Francisco. We have around 20 sales people working for us. In addition to selling new Jeanneau sail and powerboats, and Bali Catamarans, we also started a charter company out of L.A. I am in charge of managing our sales team, developing new business, ordering new yachts, and most of all–selling! I have sold to L.A. studio execs and jewelry makers of the rich and famous. My clients include doctors, lawyers, oil barons, tech entrepreneurs and vineyard owners, I’ve also sold to first-time boat buyers, scraping everything they can to live aboard their boat. I’m here for all of them. No matter who they are, or where they come from, I take them seriously and am available night and day to help them through the buying or selling process.

Overall, has it been relatively smooth? If not, what were some of the struggles along the way?
It was intimidating to be a project manager on a million dollar yacht and potentially screw things up. It was a lot of pressure. Drilling 3-inch through holes in the bottom of a boat with a diver underneath trying to stop the water from coming up in the boat is not a relaxing process.

When I got into sales, it was challenging to manage the personalities of the different buyers and sellers and deal with their negotiation styles. Working with high-end executives and attorneys buying a million dollar boat as their toy is not always easy. I’ve never been to college or really studied sales so I learned everything on-the-go and had to really teach myself how to be successful.

My work ethic is 24/7 even when I’m at my home, which is hard sometimes when my two daughters (6 and 9) are going ballistic and my wife is trying to control them while I’m on the phone. I’ve been on the phone in Disneyland waiting in line and closed deals at the San Diego zoo.

It’s also hard managing a team of sales people. I really walk them through every aspect of a deal so I can give them the best possible knowledge and skills to close deals.

Alright – so let’s talk business. Tell us about Cruising Yachts – what should we know?
Cruising Yachts has been in business since 2007 when we acquired our first yacht dealership in Alameda (San Francisco Bay). In 2009 we acquired the former H&S Yacht Sales dealerships in San Diego and Marina del Rey (LA) giving us a presence state-wide. In January of 2013 we merged our dealership in Marina Del Rey with Sailboats Unlimited, a long-established dealership in that market, where we now operate as Cruising Yachts Unlimited, Inc. Shortly thereafter, in March of 2013, we merged our dealership in Alameda with Sail California, one of the Bay area’s premier yacht dealership, to form Cruising Yachts / Sail California. As a result of this growth we now operate one of the largest yacht sales organizations in North America with the resources to provide our customers with unparalleled customer service and the largest selection of new and brokerage yachts on the West Coast.

We also launched Cruising Yacht Club which is a charter company based out of L.A. We have plans to expand up and down the coast.

Any shoutouts? Who else deserves credit in this story – who has played a meaningful role?
My Dad Mike Van Tuyl got me started in this business and he still works as VP of Service at Cruising Yachts.

Bo Cunningham walked me through countless deals when I was a new sales person.

My wife has always supported me, even when I moved into a commission only job right after she quit her full-time marketing job to pursue other options.

Tom, the owner of Cruising Yachts gives me the opportunity to shine doing what I love. 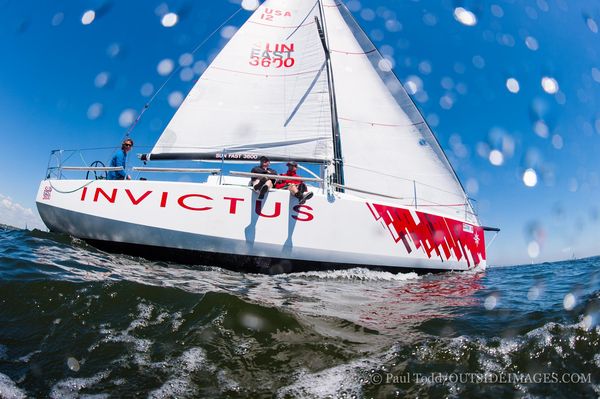 Annapolis, Maryland (USA) The third event of the 2015 The Helly Hansen NOOD REGATTA SERIES hosted by Annapolis Yacht Club. Held on the The Chesapeake Bay, immortalized by so many writers, artists, sailors, and naturalists, is a truly magical destination along hundreds of miles of stunning coastal shores.
Race day 2 (North Sails Saturday)the committee display the AP flag in the morning, and the North Sails Rally Race has 15 boats ready for action.
OUTSIDE IMAGES PHOTO AGENCY 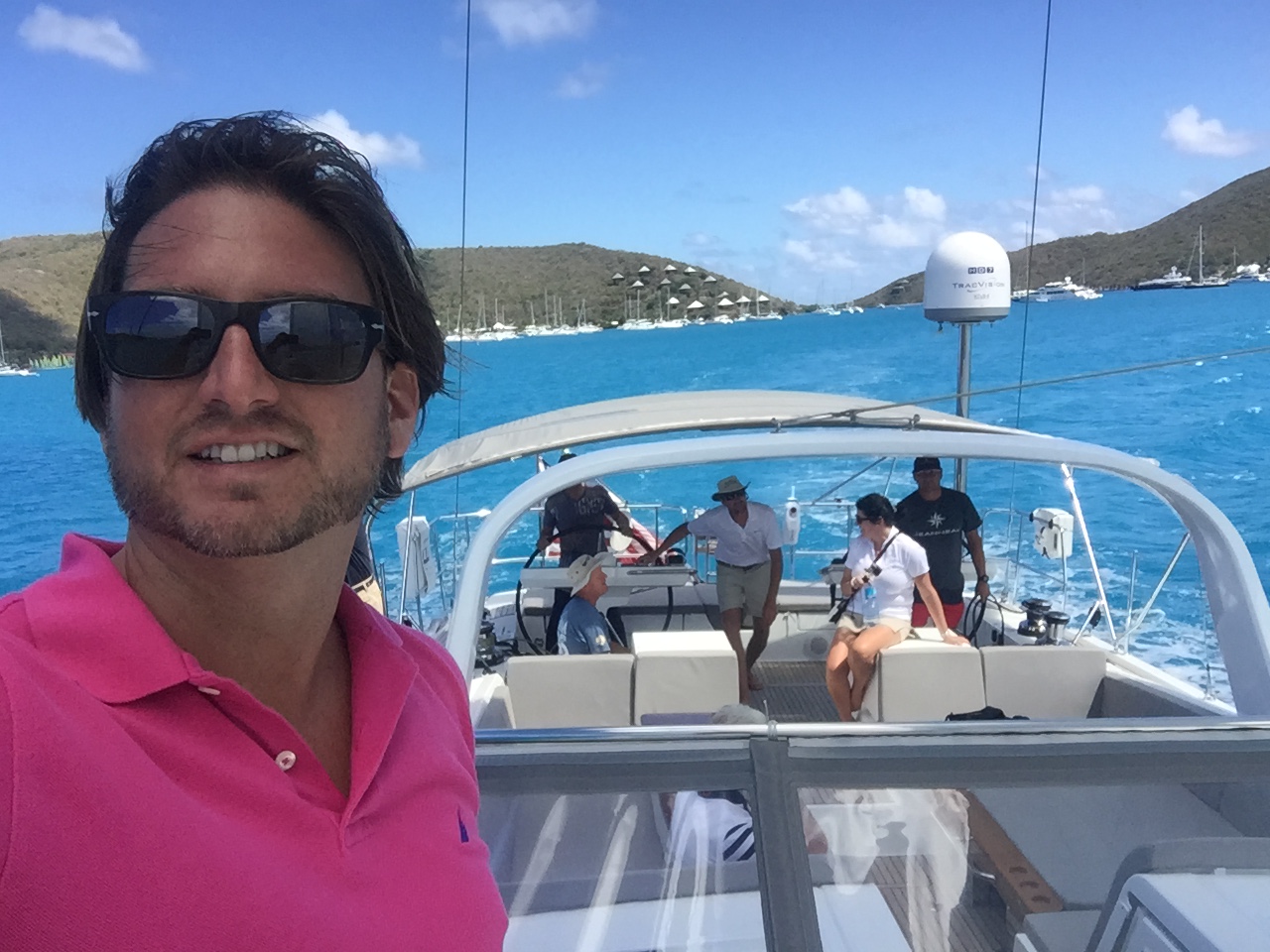 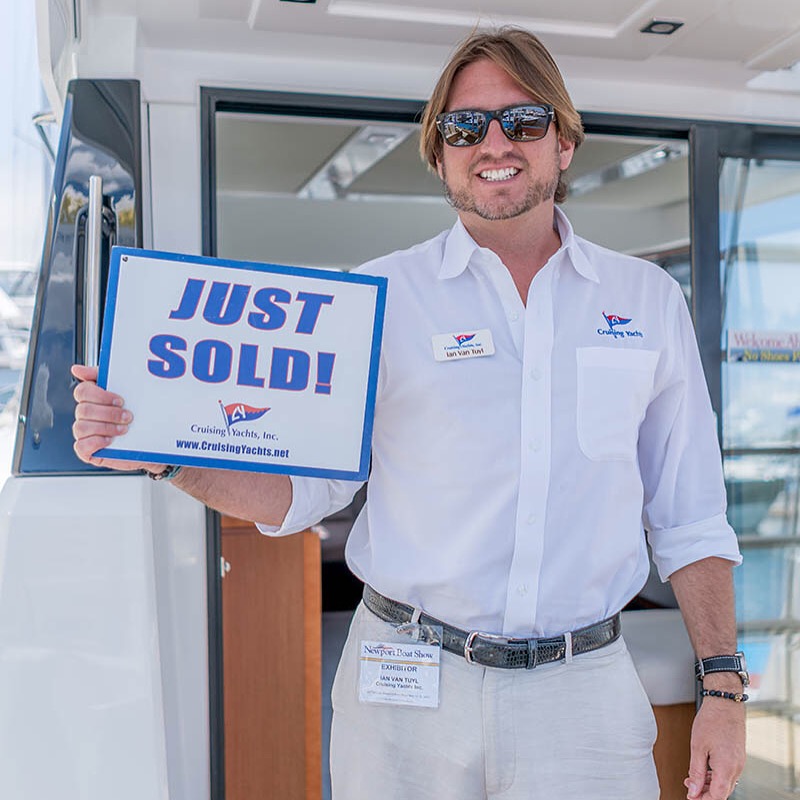 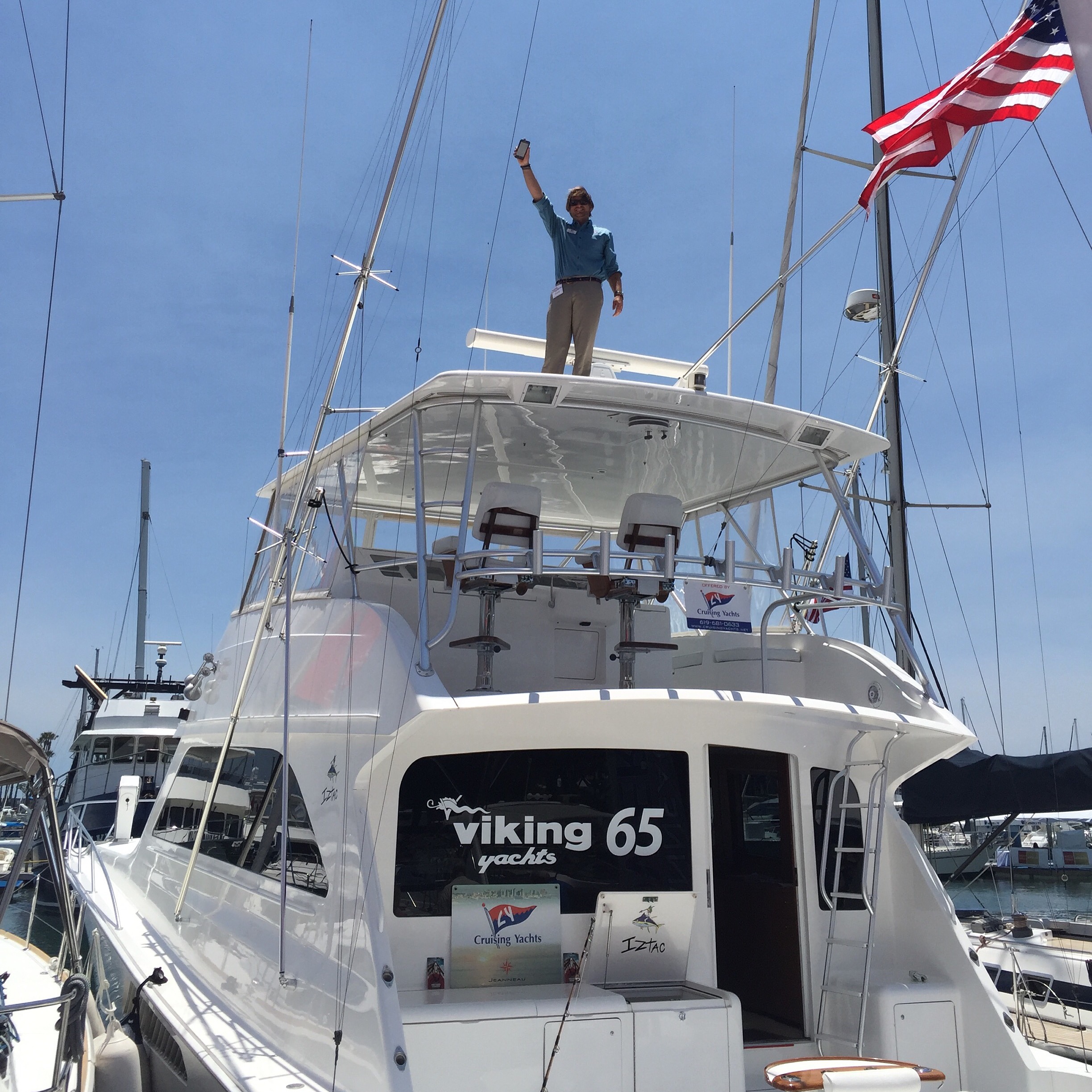 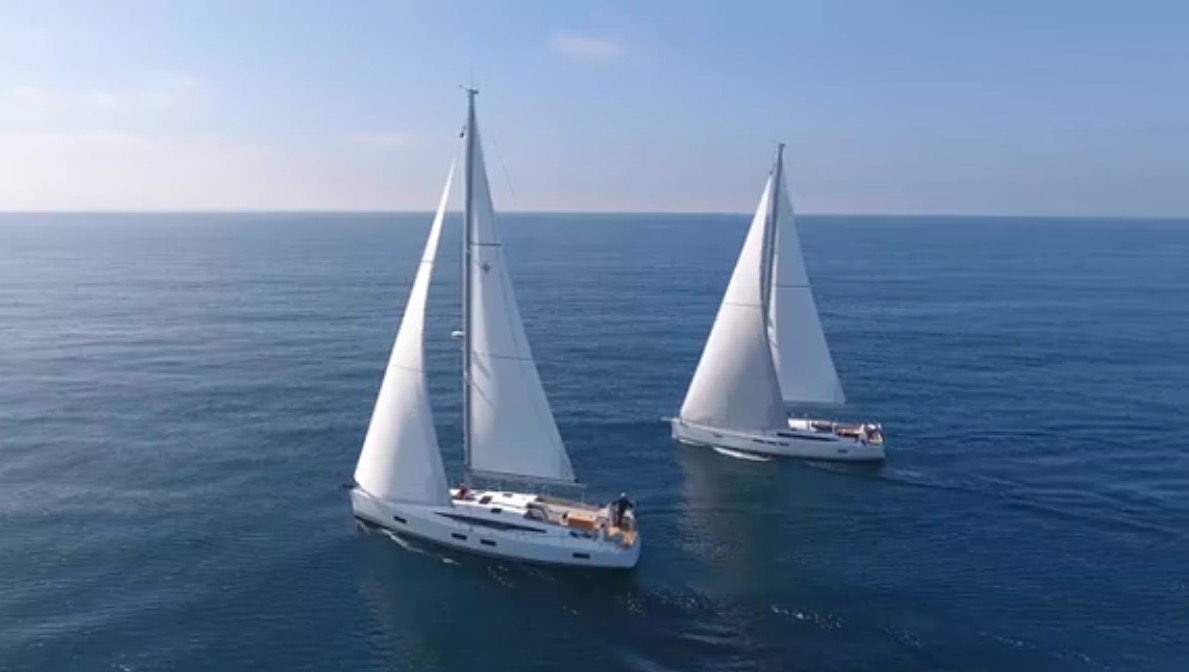 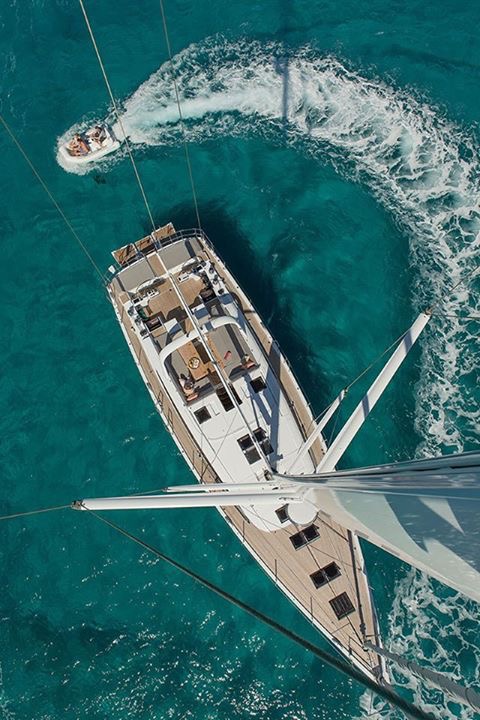 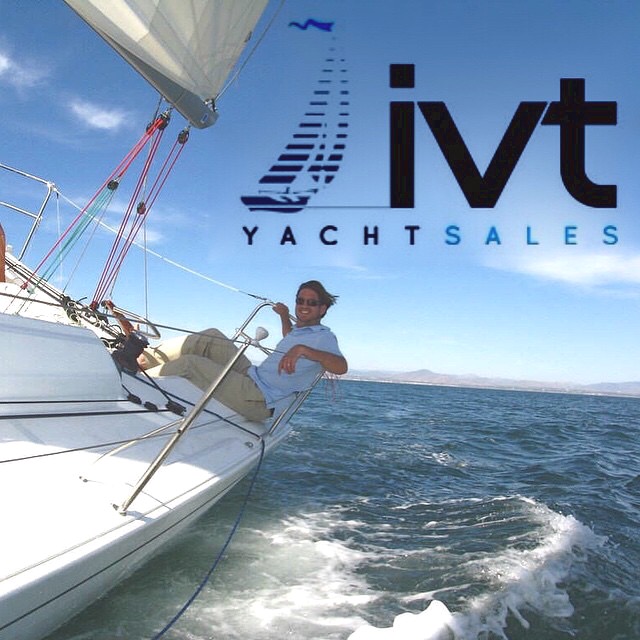 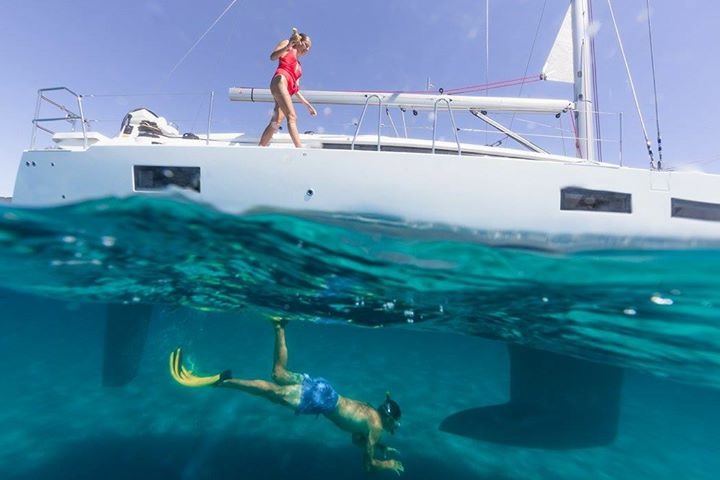 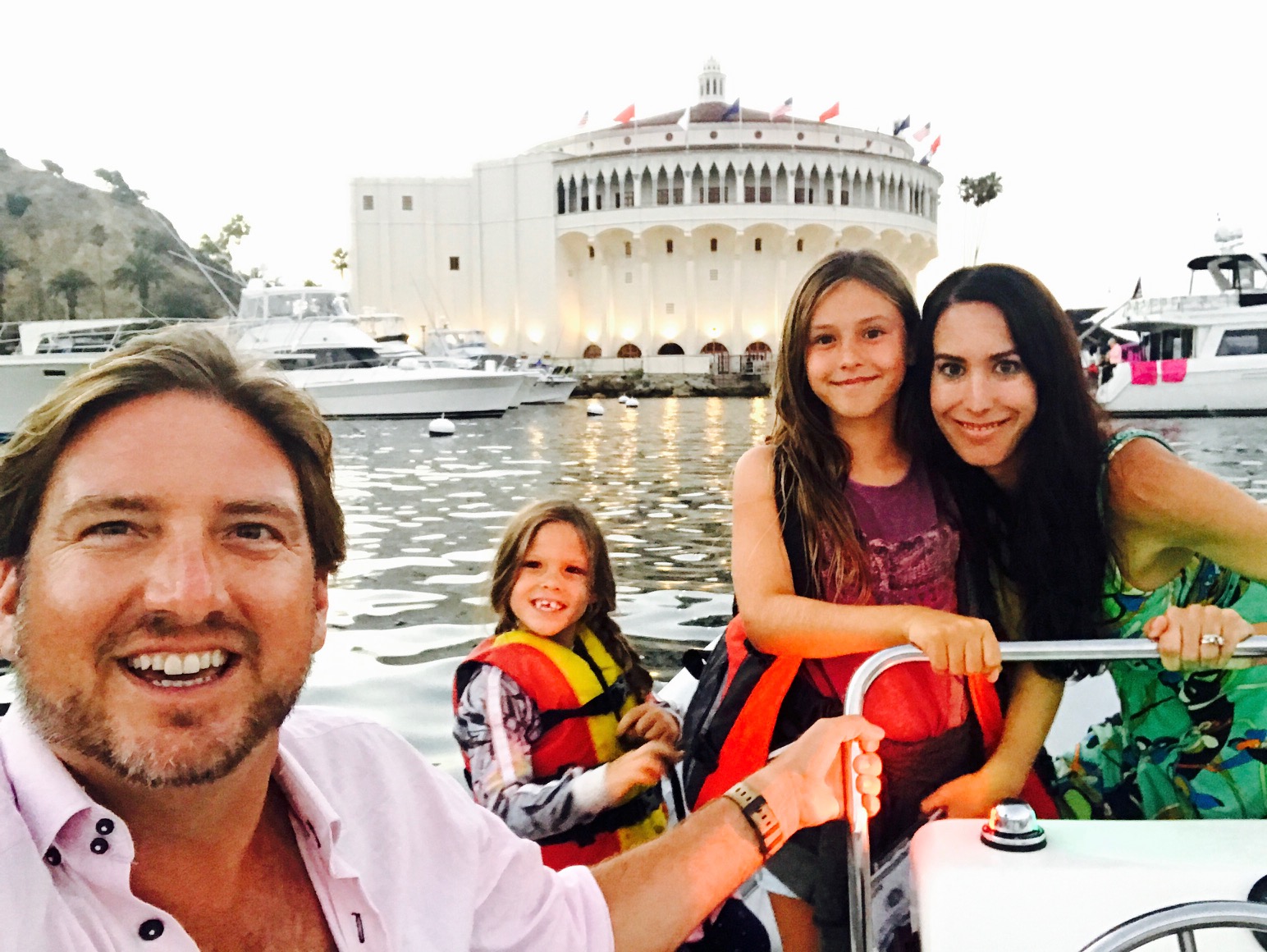