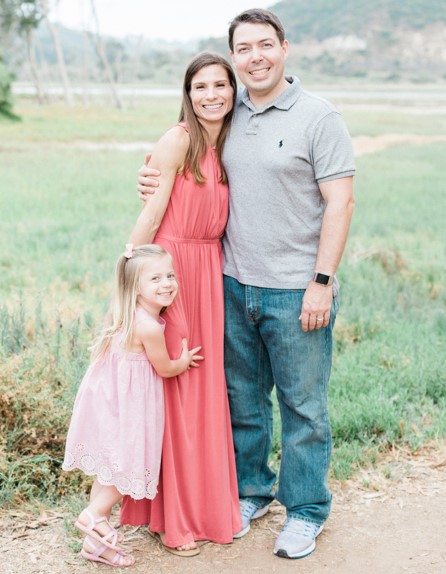 Today we’d like to introduce you to Dr. Cynthia Burzell.

Dr. Burzell, please share your story with us. How did you get to where you are today?
I am a Ph.D. Marine and Medical Microbiologist and scuba diver. When diving, I often noticed that some underwater surfaces were covered with “fouling” — barnacles, mussels, algae — but other surfaces were not. I hypothesized that those clean surfaces must have good bacteria on them — a protective surface microbiome, just like we have on our skin. Acting on this hypothesis, I collected samples of surface slime, isolated bacteria from it, and identified the bacteria.

Imagine my surprise when I found out that I had discovered a new genus and several new species of marine microbes — which I named! Each of these microbes produce hundreds of chemicals. Many of them showed high potency to inhibit the attachment of bacteria and fungi to surfaces under water, on land, and even on human and animal tissues. These chemicals also inhibited and removed bacterial and fungal “biofilm” — the impenetrable matrix that most pathogens form to protect themselves.

We all know about biofilm because we have it in our mouths — where it is called dental plaque. We can brush and swish with an antiseptic, but plaque has to be professionally scraped off — regularly! If not, the bacteria under the plaque dig into your gums and get into your blood stream. Their goal is to get to your heart, where they form additional biofilm, a plaque called endocarditis.

I knew right away that this discovery was huge because nothing known can remove biofilm at non-toxic doses.

Biofilm is the cause of billions of dollars of operational inefficiencies in industry (corrosion, scale, marine fouling) and millions of deaths in healthcare from infection and disease. Many biofilm diseases are considered incurable (like cystic fibrosis) because you can’t scrape the lungs.

Biofilm is bacteria’s first resistance response, and it is no coincidence that every pathogen named on the lists of urgent and pandemic threats (flu, Salmonella, E.coli, C.diff, tuberculosis, pneumonia, Listeria, plague, etc.), bioterrorist threats (anthrax, botulism), and antimicrobial resistant strains (MRSA, etc.) is a biofilm-former.

Physical removal, like scraping, sonication, or extreme heat, can remove biofilm. But we know that that doesn’t last long. In fact, biofilm was found on a titanium plate within 30 seconds after sterilization. That tells you either than the sterilization was ineffective (which is true), or that biofilm is everywhere (which is also true).

Great, so let’s dig a little deeper into the story – has it been an easy path overall and if not, what were the challenges you’ve had to overcome?
Nothing has been smooth. Finding money and talent was and has been a constant struggle.

Alright – so let’s talk business. Tell us about Aequor – what should we know?
In 2006, I founded Aequor, Inc. — the name Aequor means “the Sea” in Latin, in honor of where I made the discovery. I filed patents and raised money from family, friends, and angels to commercialize my discoveries. It took over 10 years and almost $1 million, but the chemists I hired finally isolated and identified one of the hundreds of chemicals that I discovered and synthesized over 30 novel structural analogues. Aequor now has 70 small molecules in the portfolio — and they all work to inhibit biofilm formation and remove existing biofilm!

Aequor is now a resident company in Johnson & Johnson Innovation — JLabs San Diego. Validation of the molecule’s proof of concept has been done by USDA, DOE, Lonza and other companies. Aequor even won a national NASA competition because biofilm is considered the “#1 impediment to long duration manned space travel.” Aequor won entry into NIH and DOD accelerator programs for new therapeutics…

Next steps include raising money to start the next chapter of Aequor and hiring a management team. Some of our molecules are already approved for use in consumer and industrial products, so I may spin off one or more companies to launch products in those sectors.

What role has luck (good luck or bad luck) played in your life and business?
My discovery fills an unmet need. I was lucky enough to have support from friend, family and angel investors who knew the importance of what I had discovered and to have the patience and staying power to support the development of the molecules. They can now be commercialized, so this is going to be the fun part. 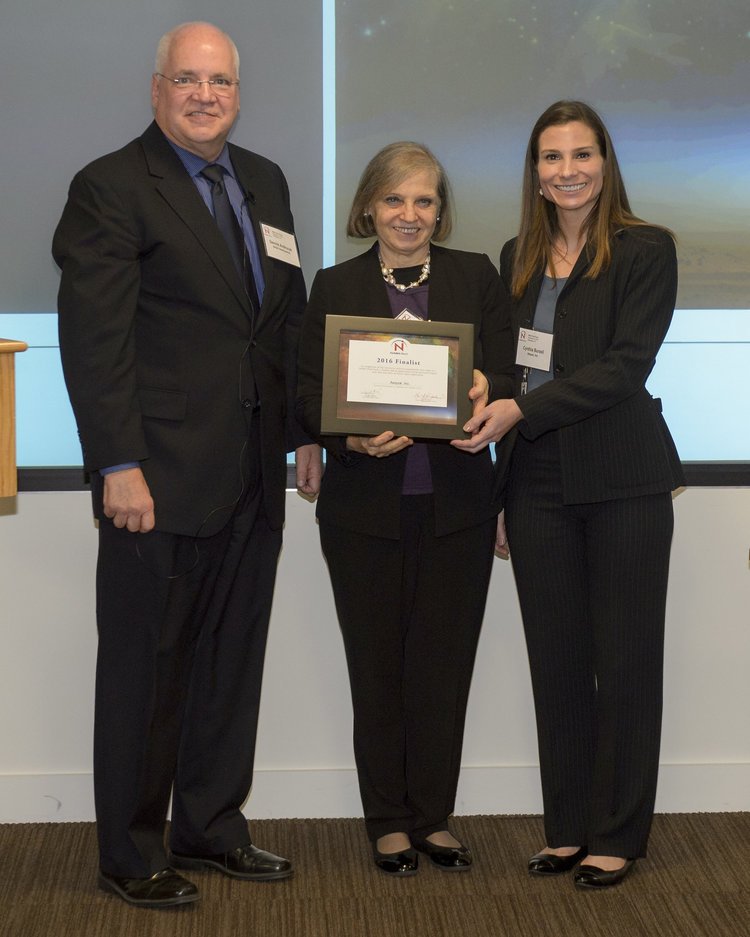 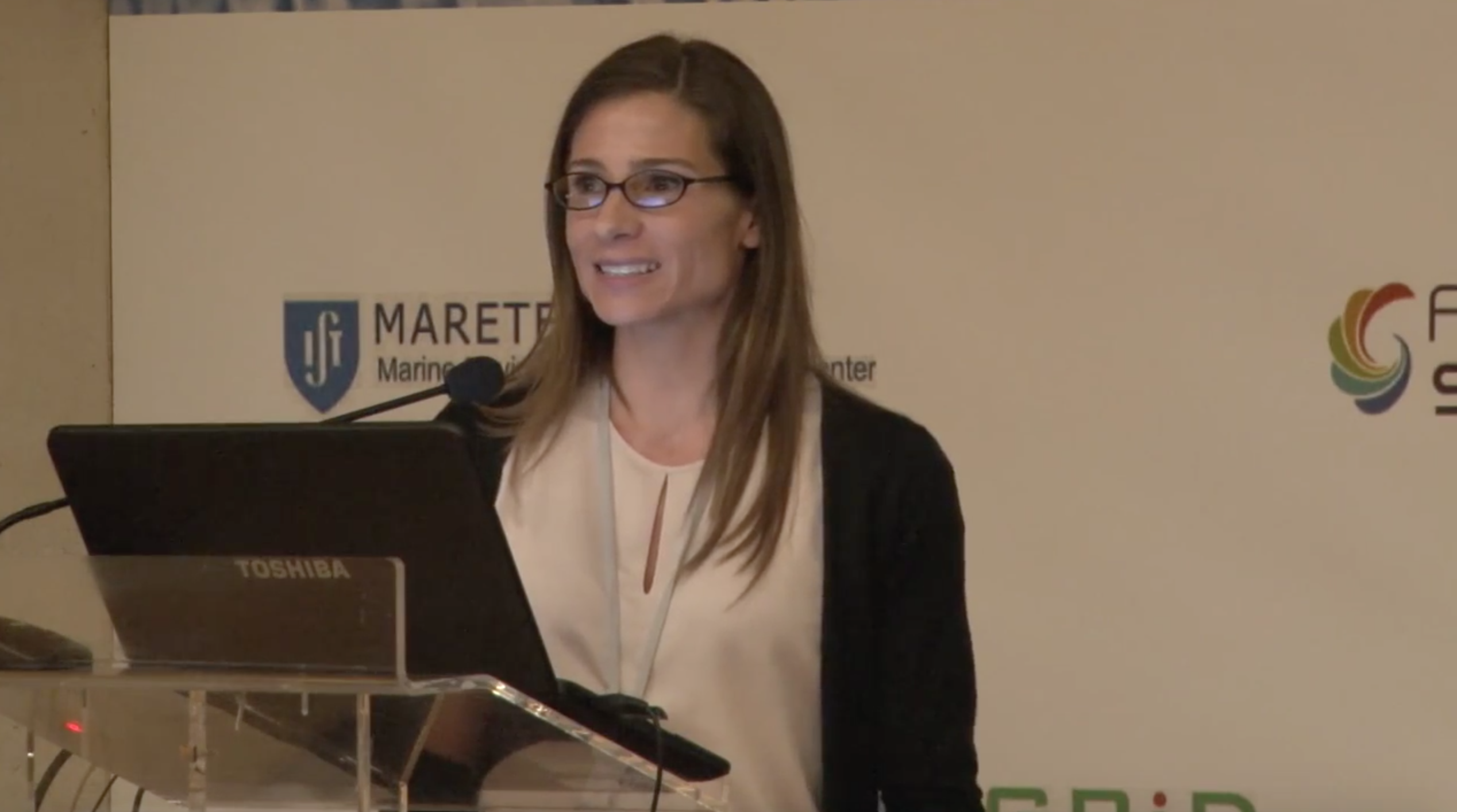