Meet Deanna DeFrank of SPOT (Saving Pets One at a Time) 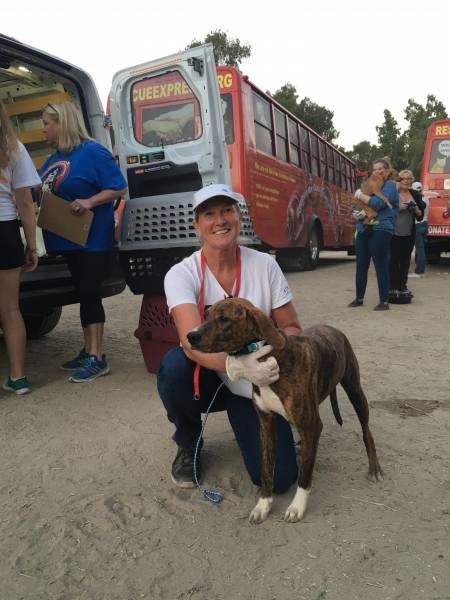 Today we’d like to introduce you to Deanna DeFrank.

So, before we jump into specific questions about the business, why don’t you give us some details about you and your story.
I have been rescuing animals all my life- from worms on the street after a heavy rain to bees & ladybugs drowning in pools, injured baby rabbits & birds, kittens, and dogs out on the street. My mother fostered this love of animals and as a child, I was quite introverted. Animals were often easier for me to relate to and more comforting to be around than humans. I didn’t need to talk and could just be me. No matter what, they loved and accepted me. My very first pet of my own was a wonderful rabbit I named Brownie.

Through my teenage years and early adult life, I had some pretty dark times and once again my pets were a huge source of comfort for me. When we moved from Sacramento back to San Diego during middle school where I knew no one, my dog, Ruffles, became my best friend. We would walk to the park each day after school and just hang out for hours. There were times when I could not feel joy, but with animals, I could. My pets never let me down the way humans could. And because of all that they have freely given to me, I have always felt compelled to protect any animal I saw lost, hungry, injured, or suffering.

I continued to rescue animals & wildlife on my own once married and having kids. My children knew that if we saw a dog on the street alone or an injured animal, we would always stop to pick it up to make sure it stayed safe and found its owner or got it the medical care it needed. I am grateful to have instilled that same love of animals in my children. My husband is still a work in progress in this area and he was raised with no animals in the home.

As my kids needed me less and started to leave for college, I was looking for a new opportunity to give back and I wanted it to be something I felt very passionately about. One day I was at a local Starbucks in Cardiff and I saw a SPOT flyer on their community board. I remember it read- ‘Do you love animals? Could you possibly foster one?”
And that was how my commitment to SPOT all began…

My first foster was a beautiful 8 week old Dutch Shepard named Bailee. She was precious and I was hooked. Since that day 7 years ago, I have fostered over 200 dogs & puppies in our home in Leucadia. All are animals that have first been dumped at our local shelters and then exited by SPOT as that is part of our Mission Statement. Many of the animals we exit from the shelters are underage, could require bottle feeding, have been abused or neglected, are unwanted seniors, may have serious medical conditions or recovering from a surgery, and/or behavioral issues requiring hands-on training. Some are even semi-feral and require months of tender loving care to begin to trust humans.

After fostering for about a year, I was asked to come on board to be the Foster Coordinator for the dog team of SPOT which I still do today in addition to fostering. And about a year later, I was asked to be a Board Member for SPOT which I gladly agreed to also. SPOT is like a small family run business, except it is an all-volunteer, non-profit (501c3). We are all a part of the SPOT team because of our love of animals and passion for rescuing those who without us would most likely be euthanized in our shelters. We have a very close group of passionate volunteers.An in just 7 1/2 years since SPOT’s inception, we have rescued over 3,473 cats, kittens, puppies and dogs!

We’re always bombarded by how great it is to pursue your passion, etc – but we’ve spoken with enough people to know that it’s not always easy. Overall, would you say things have been easy for you?
Burn out- there is a high rate of compassion burn-out in rescue work. For most people, they do this volunteer work in addition to their full or PT jobs and other life commitments. But perhaps what is even hardest is the number of sick, abused, and neglected animals we deal with. This job is 24/7 as there is NEVER not a need to help a homeless animal.

Finances- Rescue work relies heavily upon donations, grants and fundraising to care for the animals. Our biggest cots are medical care and Board & train for difficult cases beyond our abilities. The more funds we have, the more animals we can rescue.

So, as you know, we’re impressed with SPOT (Saving Pets One at a Time) – tell our readers more, for example what you’re most proud of as a company and what sets you apart from others.
SPOT (Saving Pets One at a Time) is an all-volunteer, non-profit 501c3. It was started 7 1/2 years ago by Kris Nelson & Elaine Godzak because as volunteers within the Humane Society they saw too many adoptable animals still being euthanized and were outraged. So they took action. And because of them over 3, 472 animals have been rescued to date by SPOT.

Our Mission Statement states that we exit homeless animals from our local shelters that are at risk of euthanasia. In this way, we are typical to many rescues. Unlike others, we are one of the few dog and cat rescues. We take in over 350 very young kittens each year, many requiring bottle feeding, that would otherwise have been euthanized.

We also are non-breed specific, so we rescue anything and everything from a 3 Lb Chihuahua mix to 100 Lb mutts. Spot also rescues many animals who extremely abused or neglected, those with numerous medical conditions (especially senior dogs) or requiring surgery, or those needing extensive behavioral modification. We have been known to have fosters for over a year before they are adoption ready.

In addition, SPOT has networked with other local rescues to work together via the San Diego Rescue Coalition. We have been a part of two interstate rescues when natural disasters hit to help the animals who have also been displaced. Those efforts were “Louisiana with Love” (2016) and “helping Harvey Hounds &Kitties” (2017).

So, what’s next? Any big plans?
Future plans are to just to continue to grow so that we can help put an end to homeless cats and dogs here in San Diego. We also have another rescue in the works with Thrive from the flooded areas of Huston, Texas and Louisiana. 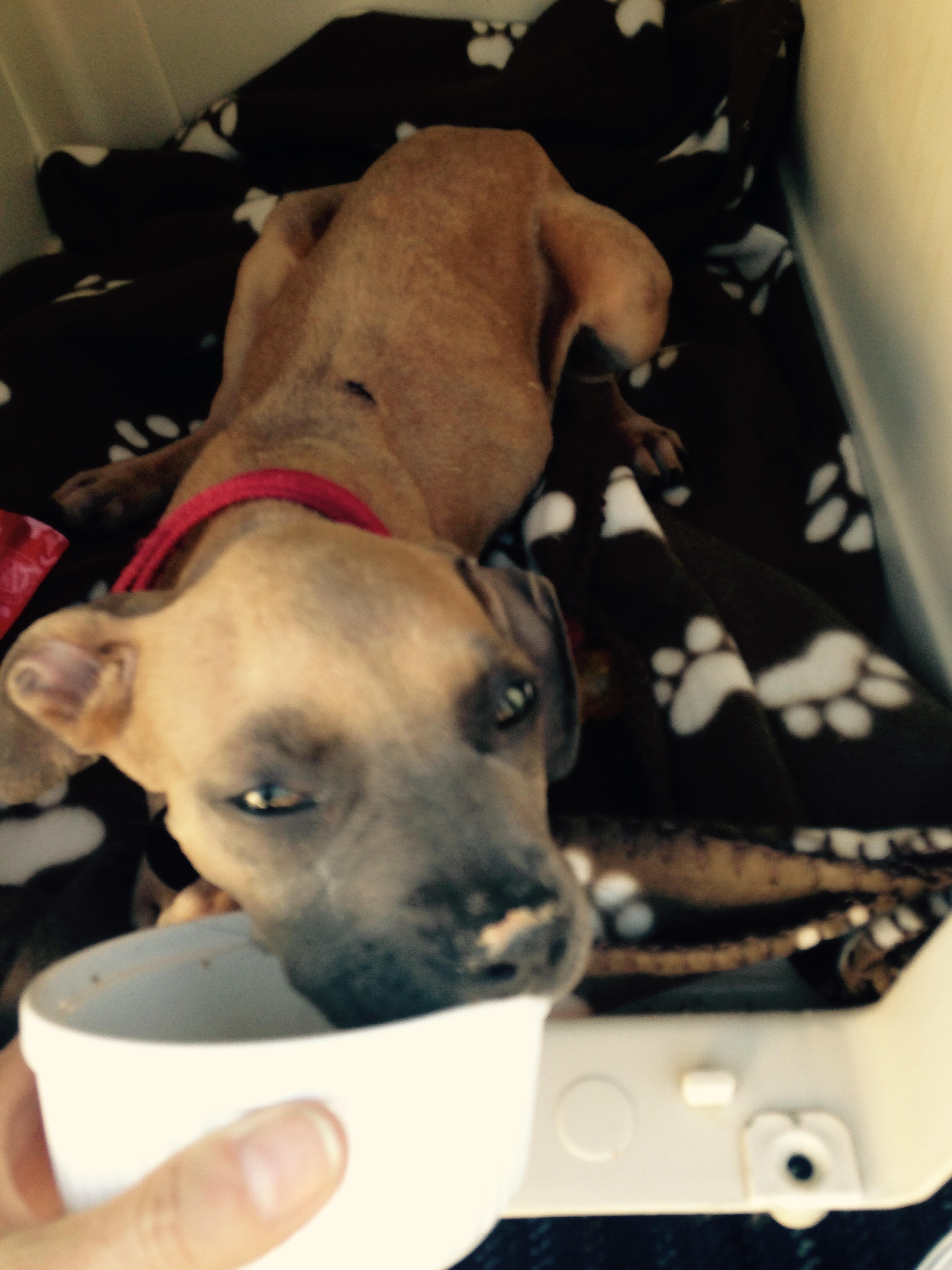 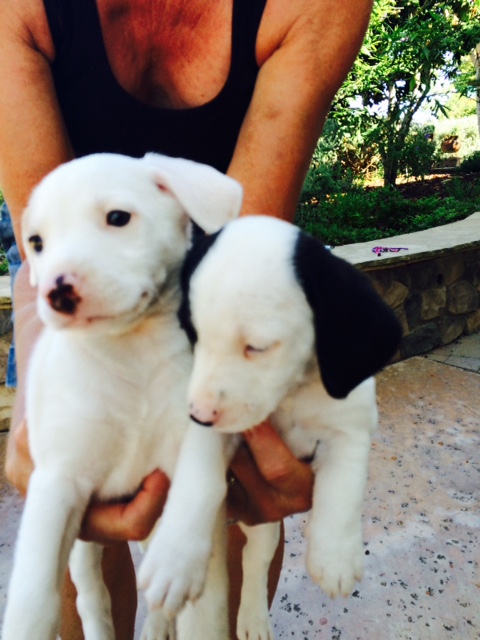 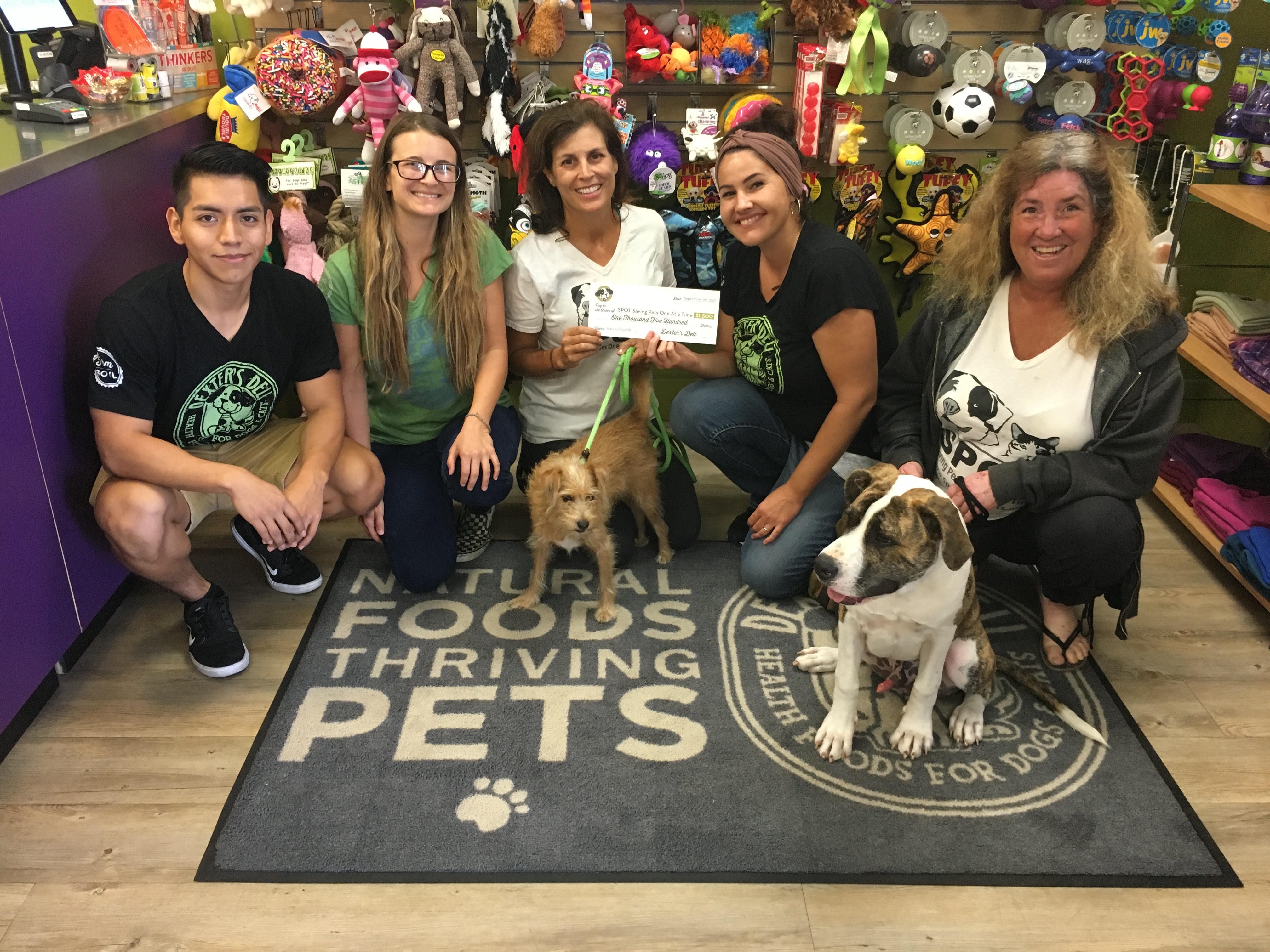 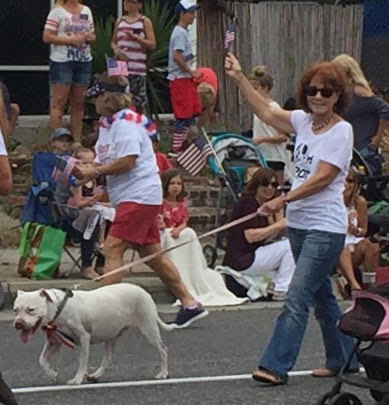 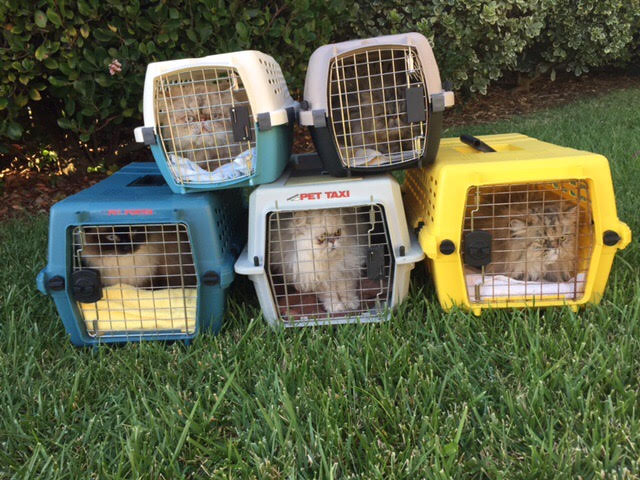 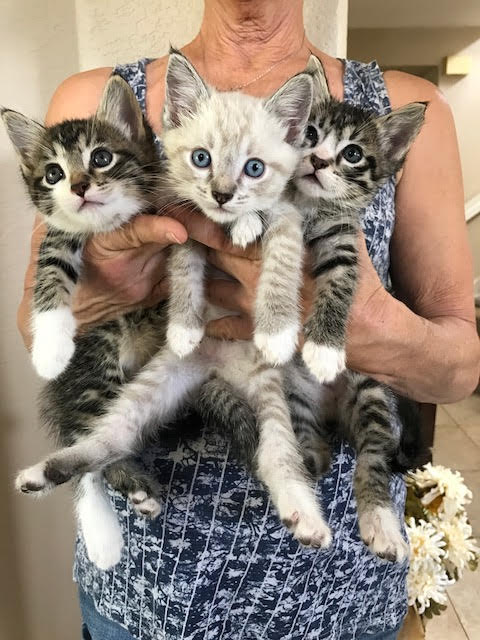 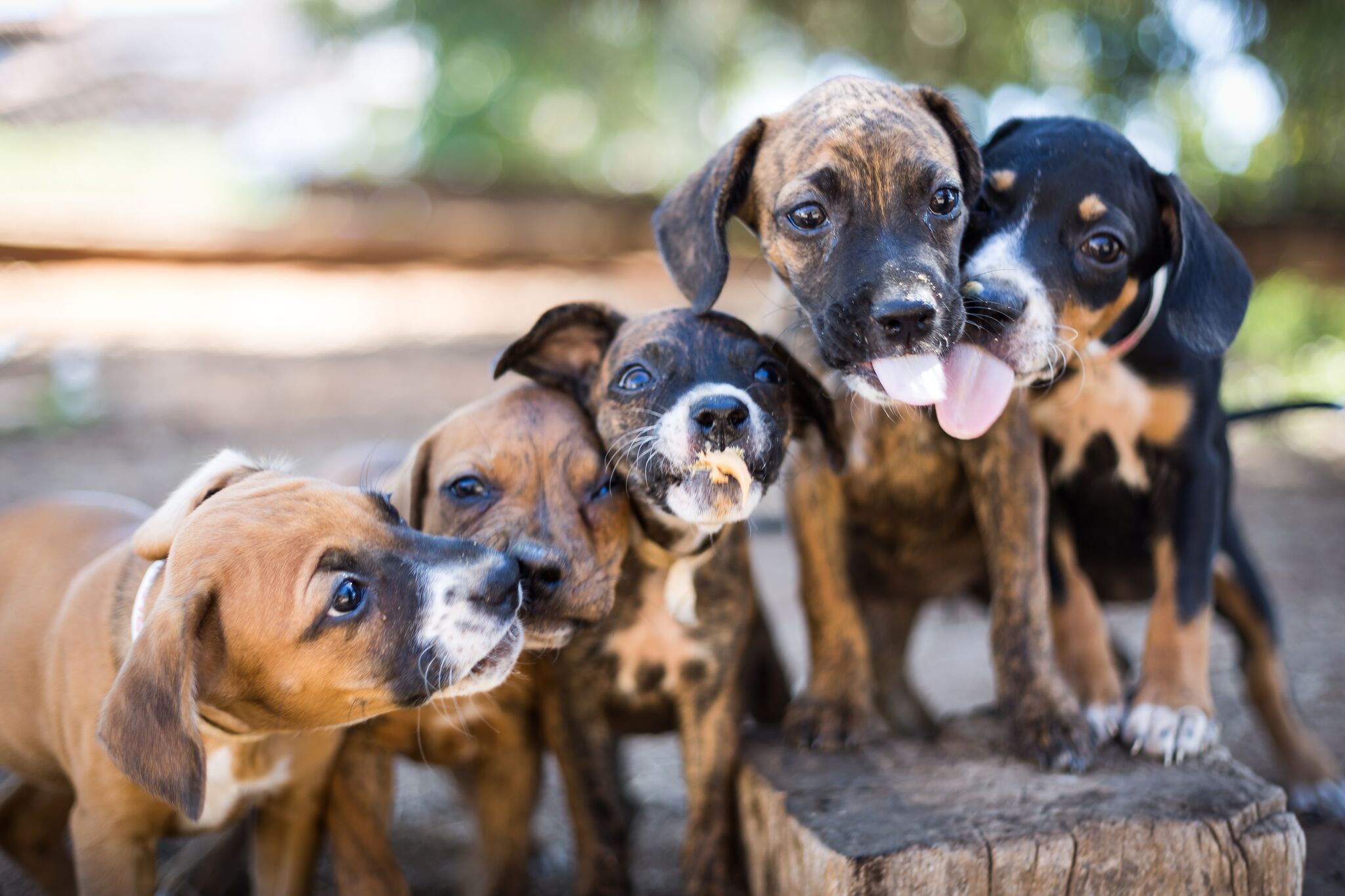 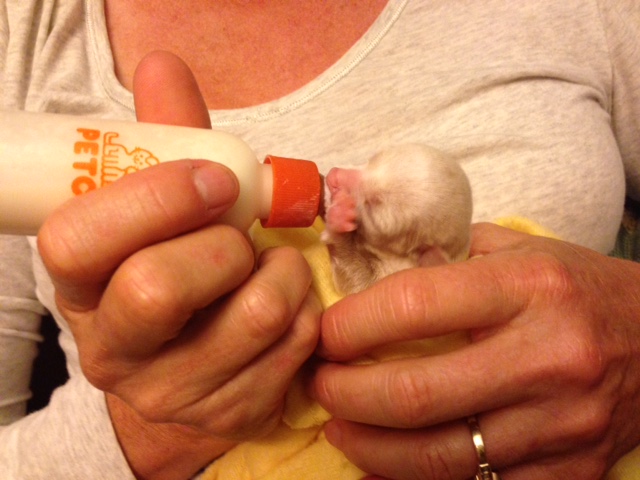