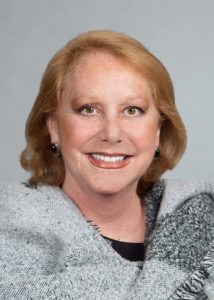 Today we’d like to introduce you to Debbie Case.

Debbie, please share your story with us. How did you get to where you are today?
In 1960, a group of United Methodist women invested their time and resources into researching the needs of San Diego’s elderly and meeting those needs. Funding was secured by the Georgia Lynch Trust Fund to begin the project, “Work With Senior Citizens.” These dynamic women implemented the program in three Methodist churches, providing a drop-in senior center and home visitation services, sponsored by volunteers and senior clubs. In 1967, the project was relocated to a storefront property to extend the services into the general community. A year later, “Work With Senior Citizens” became “Senior Adult Services,” and a Board of Trustees was formed.

Meals on Wheels continued to grow. Areas of service grew larger and larger and reach extended to include over 3,049 square miles of San Diego county’s rural back country. Some smaller agencies were absorbed as well as partnerships initiated to prepare meals for other organizations to deliver. As part of the Affordable Care Act, alliances with healthcare providers were also created to deliver meals to newly discharged patients in an effort to prevent hospital bounce-backs. In July of 2016, Meals-on-Wheels Greater San Diego, Inc. became Meals on Wheels San Diego County to better reflect the depth and breadth of the expansive area of service. Currently, we serve almost 3200 seniors a year and deliver almost half a million meals.

Great, so let’s dig a little deeper into the story – has it been an easy path overall and if not, what were the challenges you’ve had to overcome?
The road has many bumps along the way. Financial crisis in the country always has an impact. The 2008 financial crisis devastated the senior population and their savings and investments. Many more seniors became hunger insecure mostly from the middle-class population. Funding from the government through the Older Americans Act (OAA) stagnated or was decreased during this growing need. The elderly population is also increasing, not only from the Baby Boomers aging in but the elderly aging up. The population over the age of 85 is the fastest growing segment in the state of California. Currently, there are over 1M seniors in the State of California threatened by hunger, 1.5M living alone and 11% of the senior population living in poverty.

Meals on Wheels is a true partnership between public and private support. The majority of the support in San Diego is from private donations from individuals and local companies.

What else should our readers know?
Meals on Wheels is a nonprofit 501c3 that has been in the County for almost 60 years. Not only do we deliver up to two healthy meals a day, but we also interrupt the isolation of seniors. At times, we are the only people they see. We save lives when we find seniors in a compromised situation. Our services allow seniors to stay in their homes, where they want to be.

Several things we are very proud of:
1. Our meals are made fresh with less sodium, sugar, and fat from local sources. We even roast off our own meats for deli sandwiches. We add new and exciting items to our menu on a seasonal basis. Currently, we have four types of Bowls on the menu.
2. Seniors have many choices with us including Healthy Latino Entrees
3. The addition of a Mobile App for deliveries. This includes a full complement of abilities for volunteers to deliver meals, from directions to client information and a menu for “Change in Condition.” This allows the volunteer to report non-emergency changes the senior is having difficulty with in real time.
4. AniMeals- delivering dog & cat food for their loving campanions.

What moment in your career do you look back most fondly on?
There are so many. One of the highlights was winning the Most Admired CEO by the SD Business Journal and most recently the Leadership Award from the California Wellness Foundation.

I am very proud of the team we have here at MOW San Diego County. 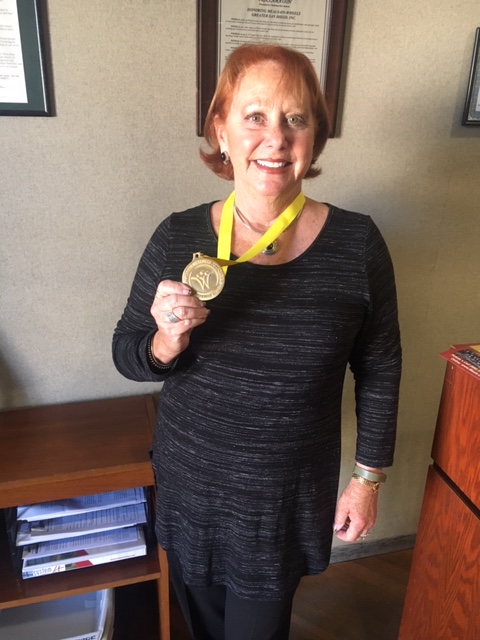