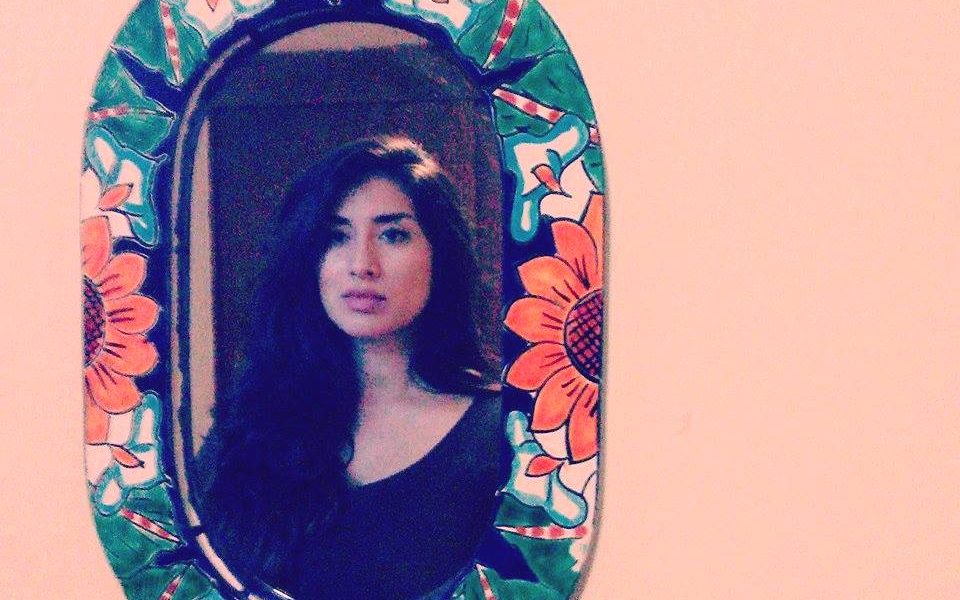 Today we’d like to introduce you to Diana Cervera.

Every artist has a unique story. Can you briefly walk us through yours?
I left home for college at age 17 and attended UCSD. I entered as a theatre major and the dream of becoming an actress, but like most first-generation people of color entering higher education, I experienced culture shock for the first time.

I had never been the only person of color in any room and for the first time in my life I felt out of place and like I had to negotiate who I was and how I that was perceived by others. I was lost and remember wanting to drop out feeling like this was not the place for me. That year I took a freshmen seminar entitled “Ghetto Schools in the Public Imagination” with professor K. Wayne Yang who was also new to UCSD and the Department of Ethnic Studies. This class changed my way of understanding myself and the world around me and was a really pivotal moment to my career as a scholar and as an artist. Professor Wayne’s class analyzed the manner in which people and communities of color are represented in popular media and the way in which these representations fixing black and brown bodies as thugs, or criminals come to inform the public imagination and impact the way people are treated, included or excluded from society.

Until this point, I never had the language to articulate what I know understand as inequality. This new understanding and lens fueled my passion and creativity to create art that represented those who are considered other and at the margins of society. I changed my major to Ethnic Studies and continued to do theatre outside of the department. With the support of my peers and my mentor Jade Power I also became involved in campus activism and found an important intersection for creative expression and social justice. During my time at UCSD I produced a theatre project called In Lak’Ech: You are My Other Self which created intentional and necessary space on campus for the voices and stories of students of color that extended beyond cheap tropes and stereotypes.

I also developed a spoken word group called Art Collective that responded to issues plaguing our campus community during the 2011 Compton Cookout where a series of racist incidents plagued UCSD’s campus after a campus television station aired a show using the “N-word”, a noose was found on campus and a white fraternity called for a party asking its guests to dress in “ghetto attire”. Along with peers from multiple campus organizations (MECHA, BSU, MSA, KP,NSA…), we organized sit-ins, walkouts, and essentially took over UCSD’s campus. We wrote a list of demands calling for real changes at our university which resulted in the creation of campus community centers serving the needs of students of color and creating an office of Diversity, Equity, and inclusion ensuring that folks entering UCSD are educated and required to take Ethnic Studies courses as pre-requisites to earning their degree. Within all the complications that organizing brings this experience was beautiful, it taught me what solidarity can look like and how to apply the idea of social change into the real world and it will stay with me always. My dream is to start a theatre company dedicated to justice work and elevating the original work of artist and communities of color.

Please tell us about your art.
My current project focus is a short documentary film entitled Mujer Mariposa: Voices of Womxn on the Periphery. This is a project I have been working on and envisioning for the past few years and hope it will be completed this coming year. The film aims to highlight and elevate the narratives of migrant and refugee mothers and their U.S born daughters’. Fusing spoken word and intimate interviews between mother and daughter I hope the film can elevate and honor the important intersection between migration and motherhood. I envision the film as something that can create dialogue around the question of identity and immigration in this country. Ultimately, I hope to represent and honor the resistance, struggle, and story of migrant and refugee mothers. I believe art has the power to transcend the conscious reality I think it is about the only thing in this world that can present a vision for what is intangible and for a moment make it real and part of our truth. I dabble in a few different mediums poetry, music theater and film but most of my work is about identity and rooted in a framework of social justice making space for narratives that are not widely represented. I hope my artistic expression and process can provide myself and others a space to challenge internalized biases and mistakes. I believe it is important for people to tell their own stories and think there is something magical about stepping onto a stage for the first time it can create a sense of empowerment and self-love that few other things can. I always hope that people leave a performance with a feeling that what they experienced was undeniable and they leave thinking a little bit differently about themselves and about others.

What do you think is the biggest challenge facing artists today?
I think the biggest challenge artist face is funding and navigating the non-profit industrial complex. Artist have trouble finding sustainable work and work where we can be contracted directly. Within this, I think it is really important for an artist to advocate for themselves and its, unfortunately, something I think we are forced to learn along the way.

In a time where social justice has become a buzzword, it is imperative that we understand the question of equity within a context of capitalism and how our work and ability to do our work is linked to our livelihood. People and organizations need to stop asking an artist to work for free that to me is number one. Even if it means turning down work it’s important to send the message of value especially when organizations get to capitalize off of the idea of doing justice work by collaborating with artists of color. It’s important to be protective of our creativity and understand that our work is not just a spectacle that others get to consume, its WORK. Obviously, this is something we have discretion over and there are times where we can choose to donate work or contribute to a community space etc..

I think a lot of artist find themselves struggling to find the formula for creative freedom and sustainability as most creatives might tell you working at a 9-5 at 40+ hours can stifle and burden one’s creative energy and on the other hand with student loans and bills to pay its difficult to survive only working part-time. Despite the funding landscape there is beauty in the struggle and we only fail if we give up.

How or where can people see your work? How can people support your work?
Currently, I am focused on completing my short film Mujer Mariposa so my performative work is sort of on hold until this project is complete. It is set to be done in January and people can follow me on Facebook or IG to receive updates. I will be screening the project locally in San Diego and hopefully across other cities! I also am working on a small creative side business selling custom-made earrings. You can support me and my hussle by sharing my page or purchasing some of my earrings <3 @poderosaearrings.

Although it’s just in its initial stages the point of the business is to create a network of support and visibility for the everyday womxn of color and womxn doing dope things existing and resisting in a world that is constantly breaking them down. The platform features “friend-models” from various cities and countries highlighting their work, business, or perspective on life! 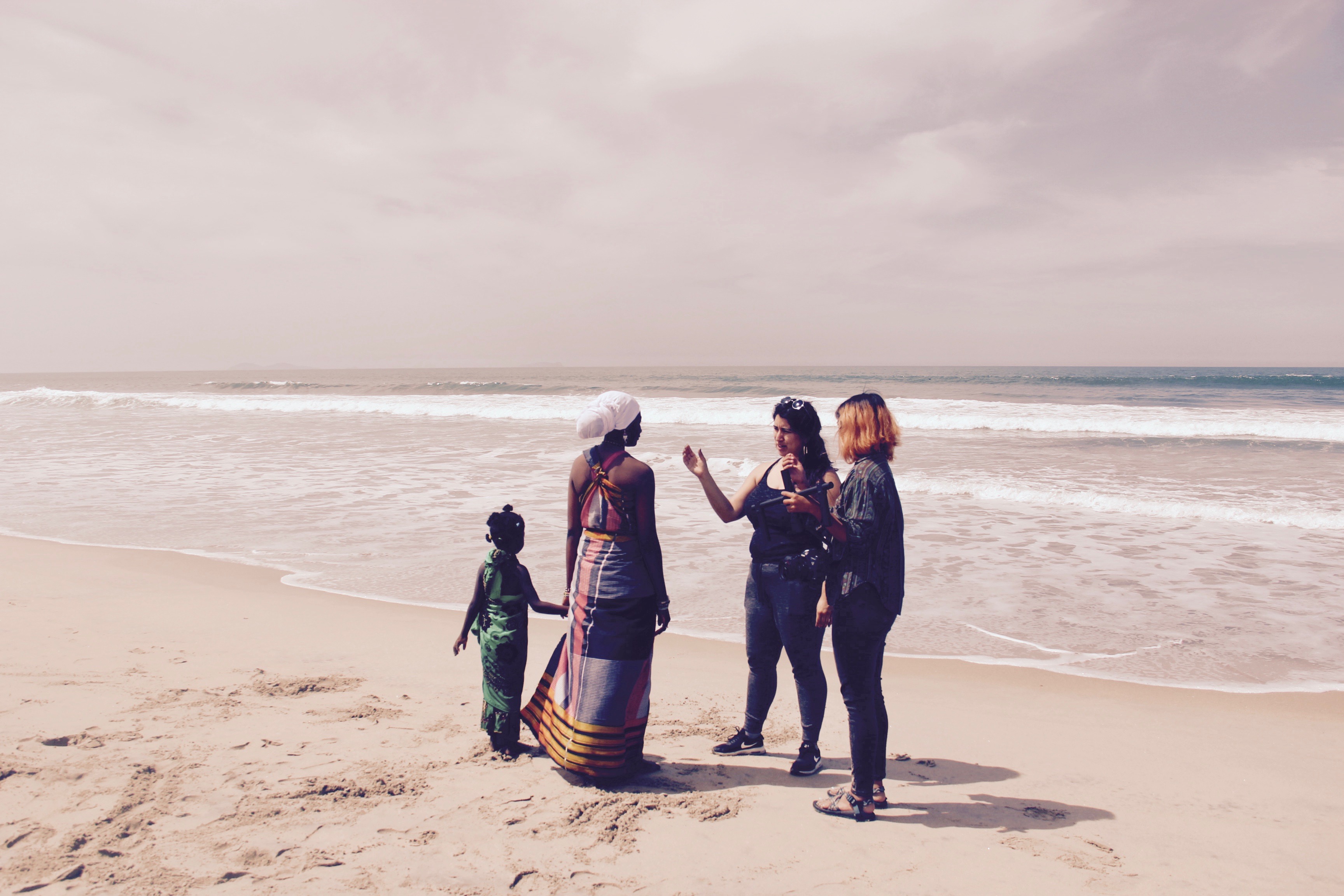 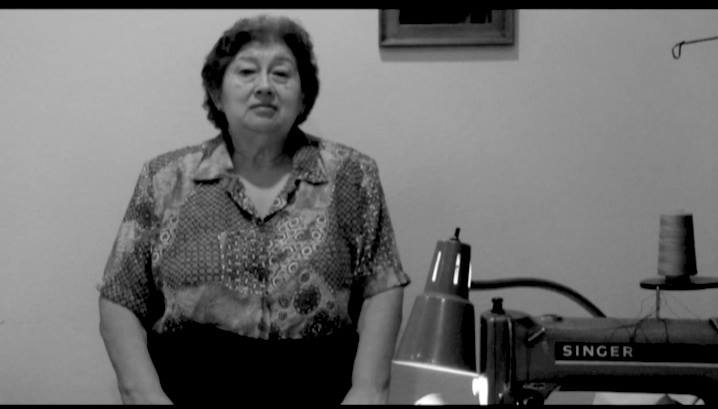